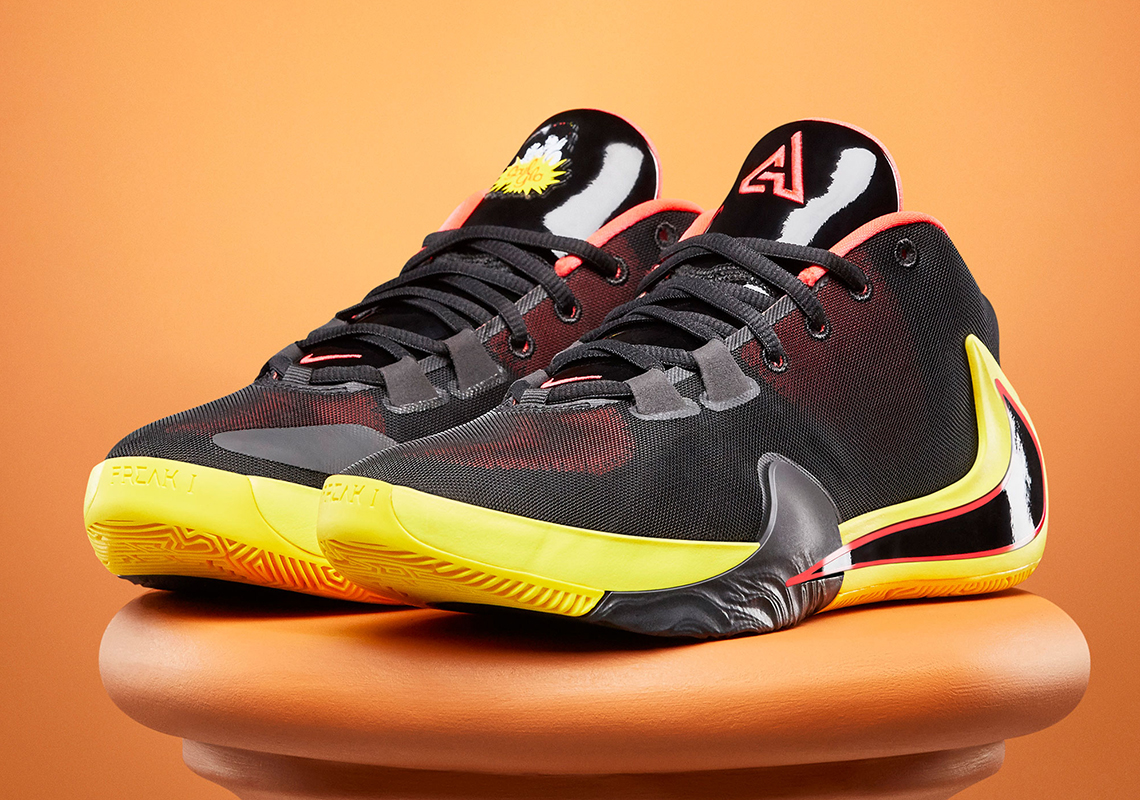 Of many releases and all things shared about Giannis Antetokounmpo, one thing rings ever-true: the young athlete loves “Coming To America,” the hit 1988 romantic comedy helmed by the one and only Eddie Murphy. And while one of the Zoom Freak 1‘s biggest releases honed in on the film prior, the team didn’t opt to move onto another afterwards but to instead indulge themselves even further by paying homage to “Soul Glo,” the retro-tinged hair activator diegetic to the series proper. And similar to how its revealed, the silhouette bears a minimal visual imprint, forgoing the loud animal prints of its predecessor for a kit composed of dark black mesh at the majority; subtle pinks, however, hide just within the dark and sheer outer layer — while uncovered along the inside lining — sitting steps away from the gold-dyed sole unit, an accent that likely nods to the bottle’s luxe cap. Elsewhere, its logo etches in neon embroidery along the tongue while arriving as it appeared in commercial with energetic backdrops along the right foot’s tongue. Grab a detailed look at these right here and expect a release to go down at Nike.com come December 28th. 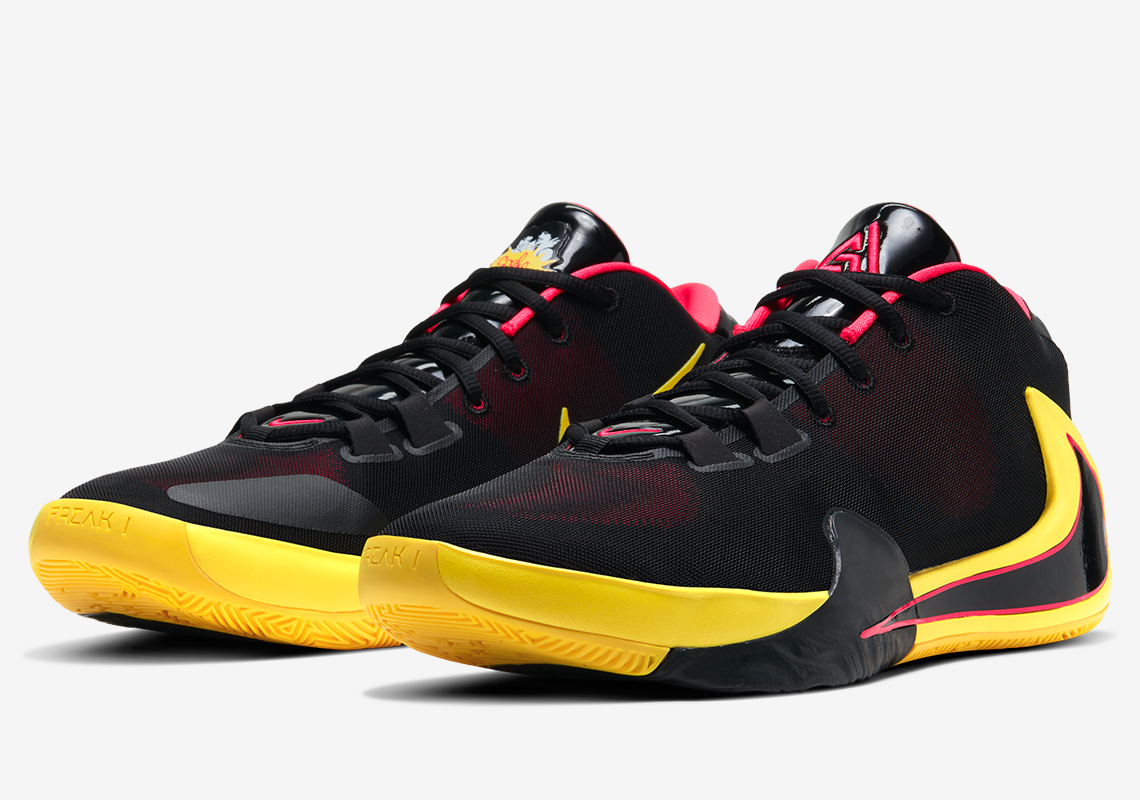 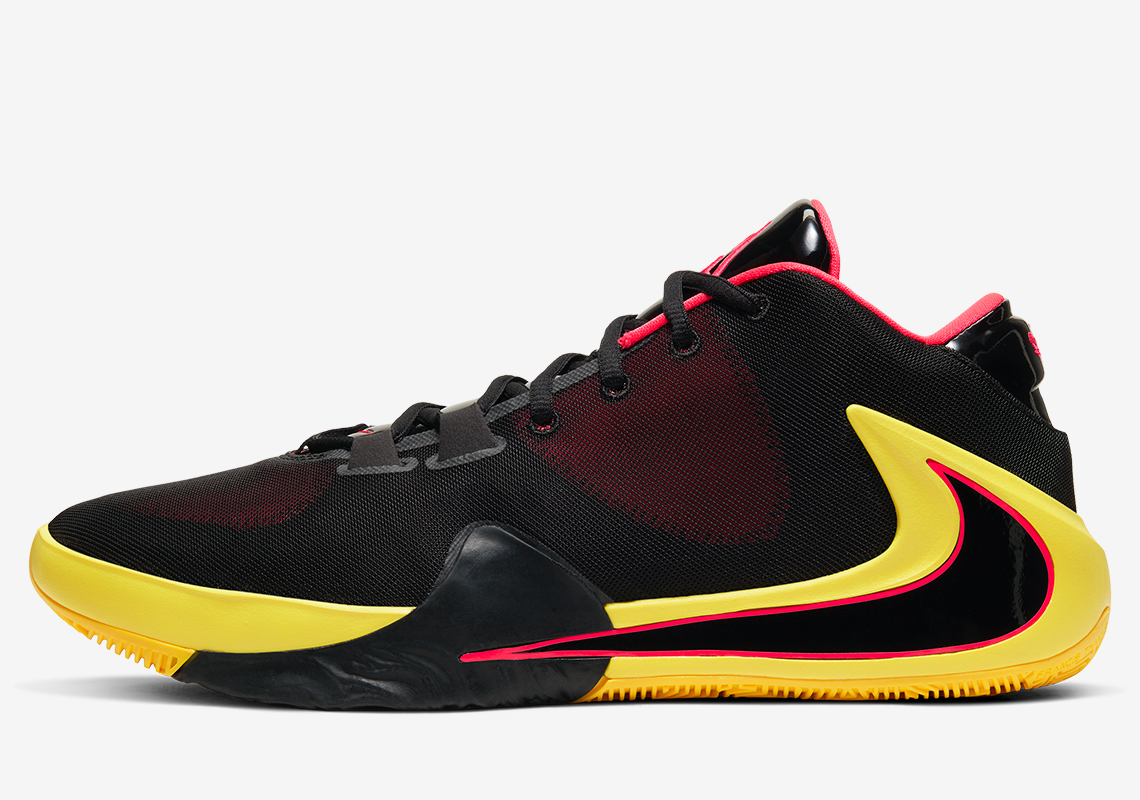 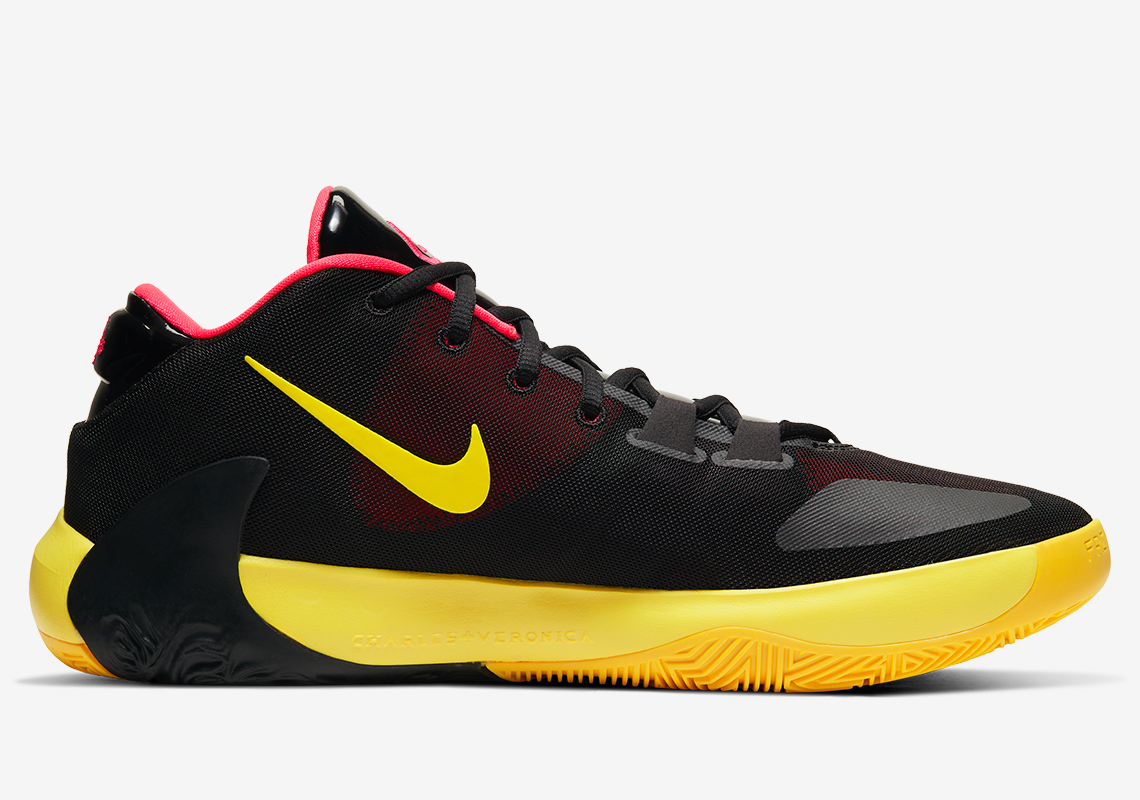 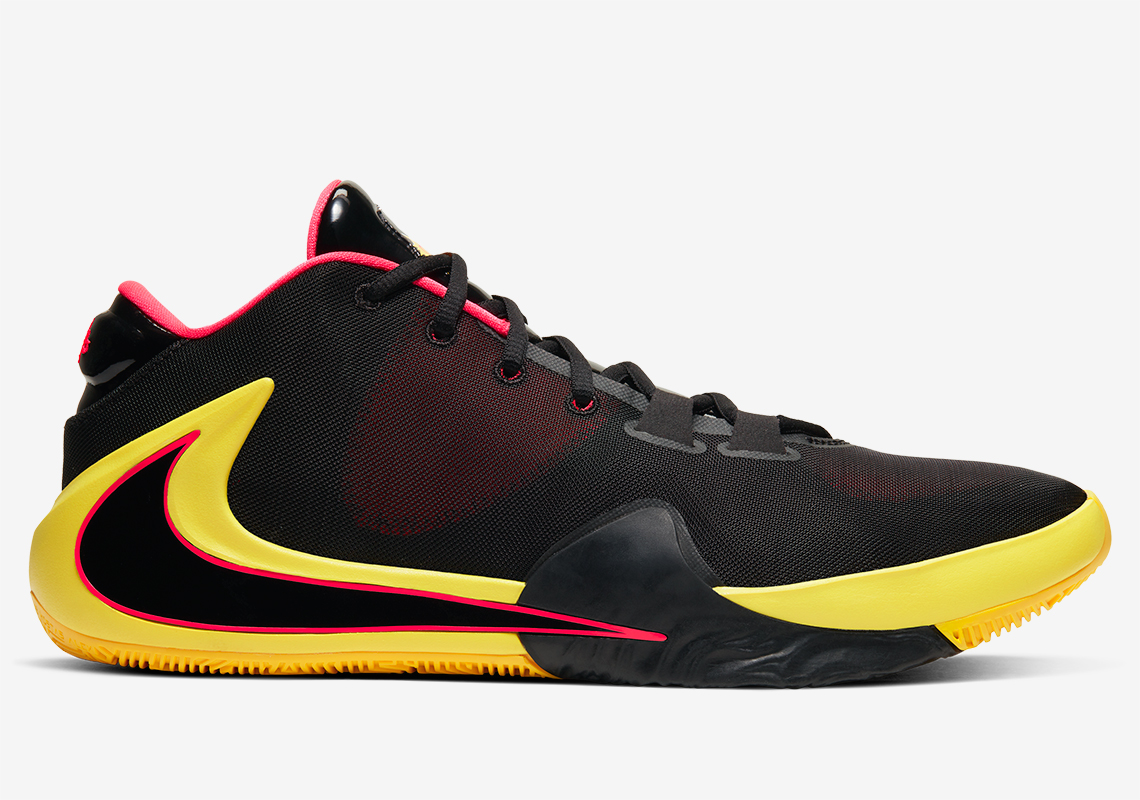 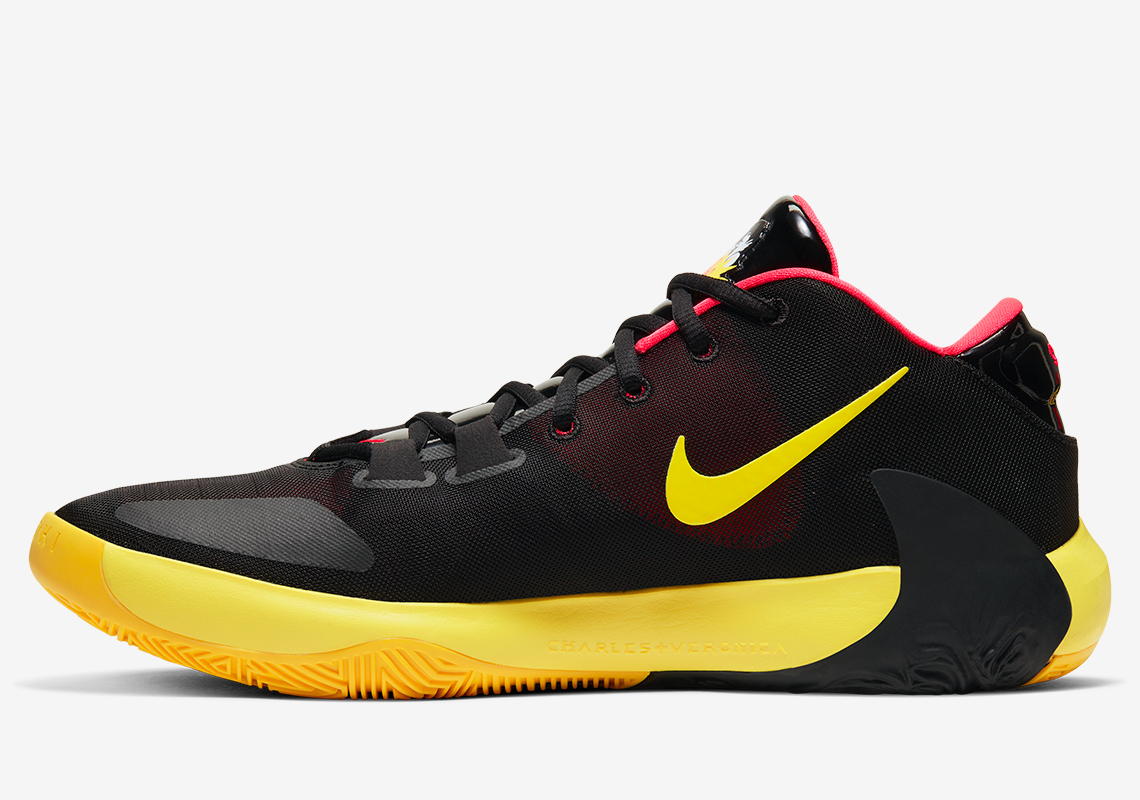 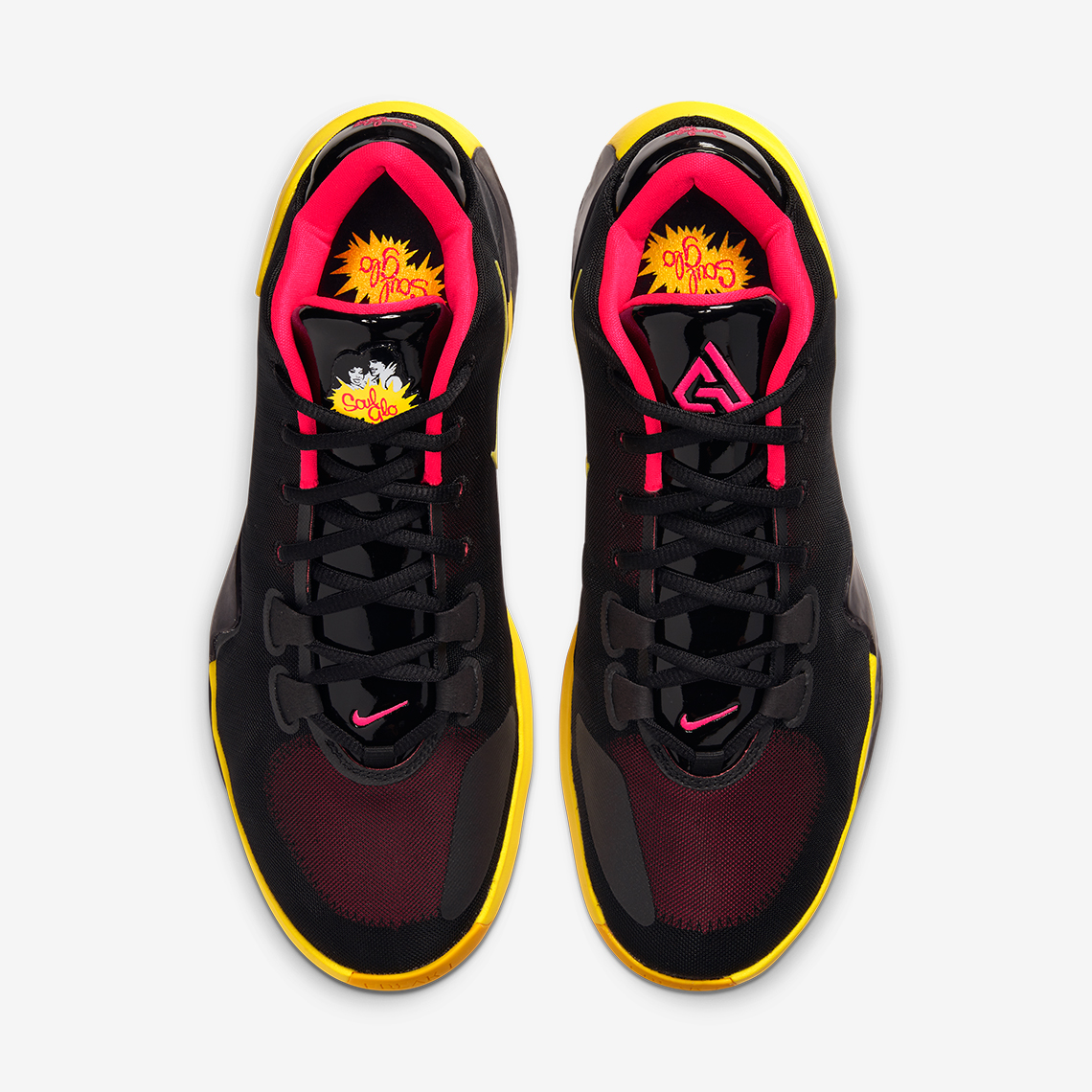 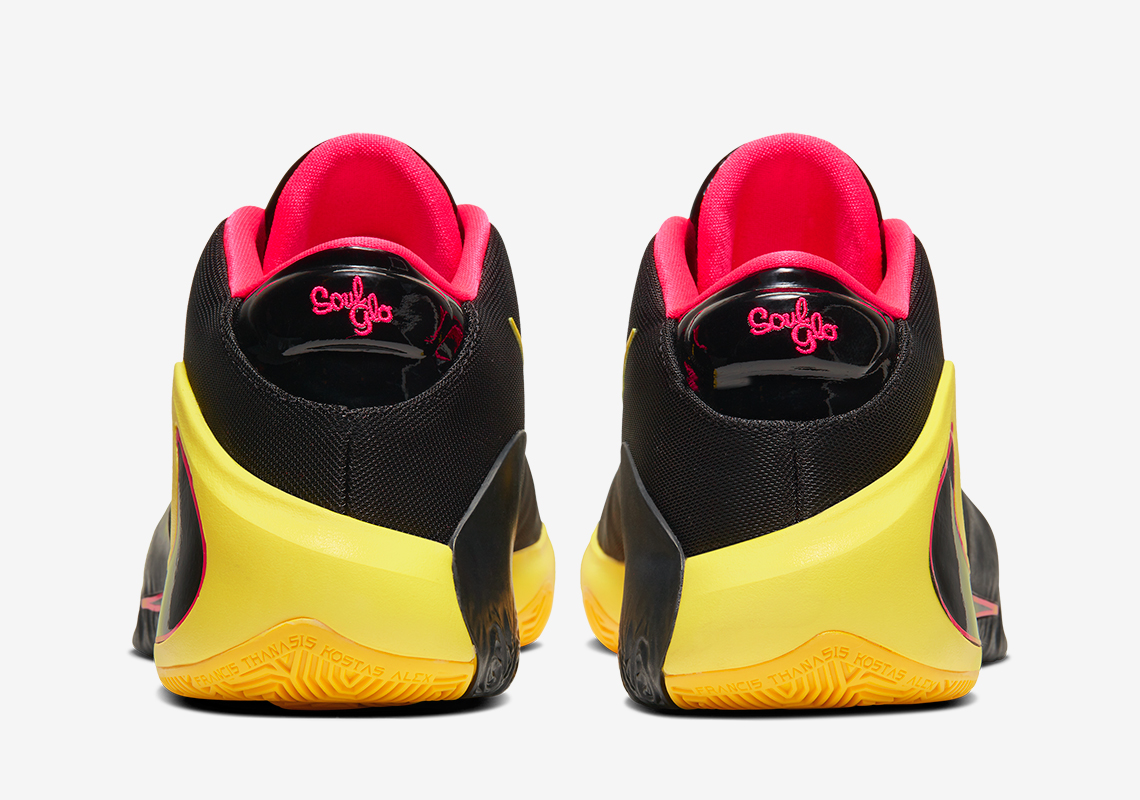 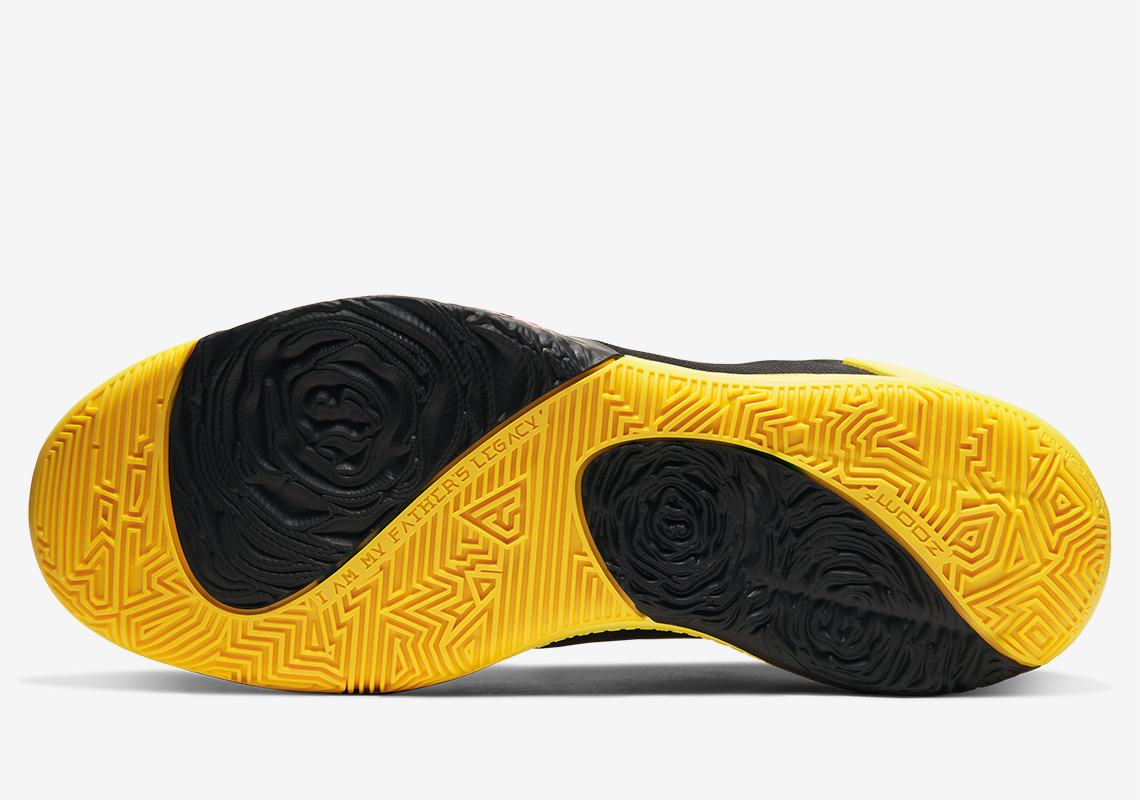 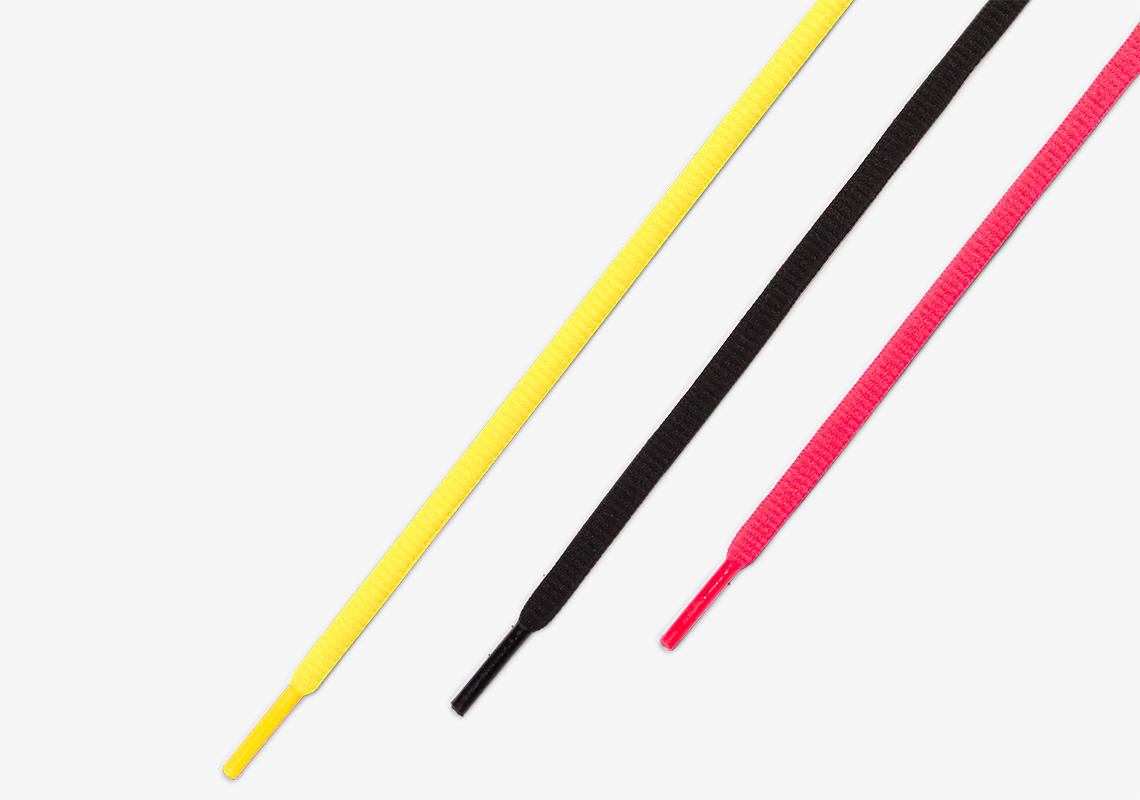