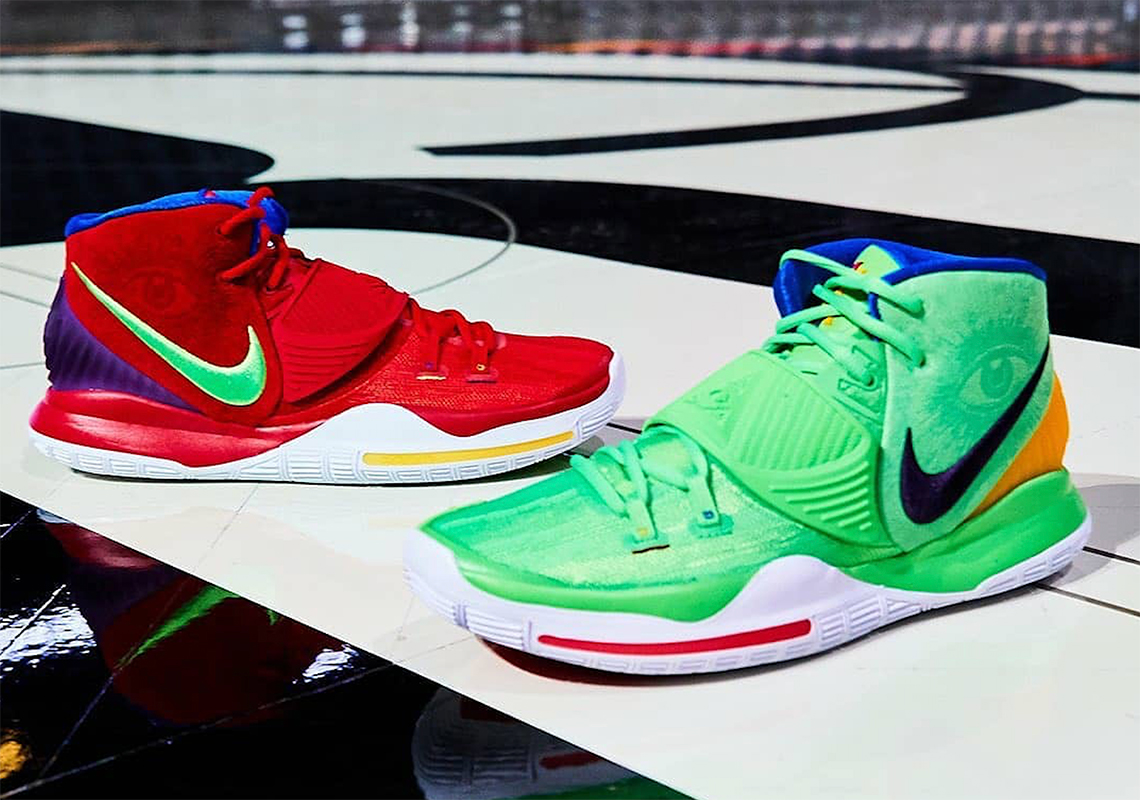 Nike Made Special Mismatched Kyrie 6 PEs For The Kyrie Invitational

Since Kyrie Irving has already had many moments of his own to shine on the big stage, he gave rising young talent the opportunity to do the same through his second annual Kyrie Invitational tournament that took place at the Barclays Center yesterday. A handful of some of the top high school teams from the tri-state area were welcomed to battle it out on the hardwood, and each participating player was blessed with a pair of specially made Nike Kyrie 6 PE’s. Possibly designed to be as flashy as the Brooklyn Nets’ point guard’s game, the shoes call upon a mismatching theme, each colored up with a collection of vibrant accents. Divided up up mainly by its red and green tones used for each foot’s base layer – an appropriate combination considering it is Christmas week – each foot gets wildly complemented with Laker colored heel pieces, blue sock liners, and tongue embellishments split between the tournament logo on the right foot, and Irving’s traditional symbol on the left. And to align even more with the colorful footwear motif that took place, the All-Star himself was sitting court side in attendance rocking a pair of Cactus Plant Flea Market Blazers. See a detailed look of the shoes here ahead. 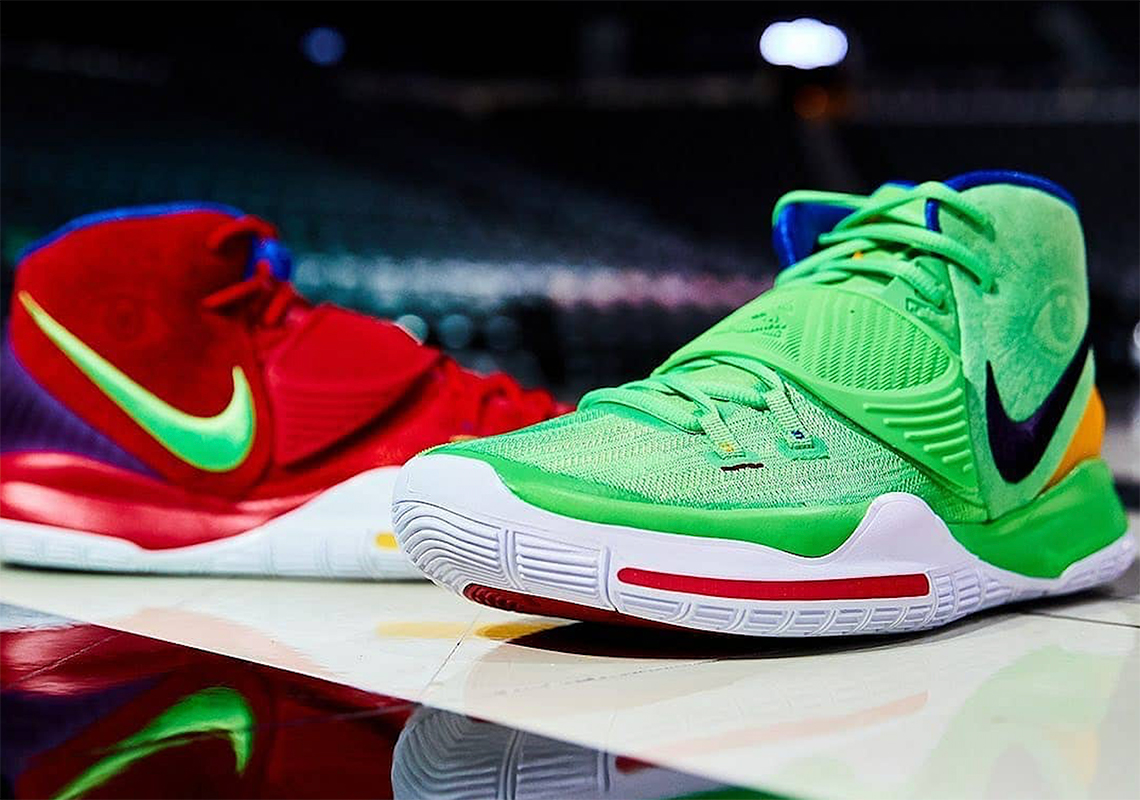 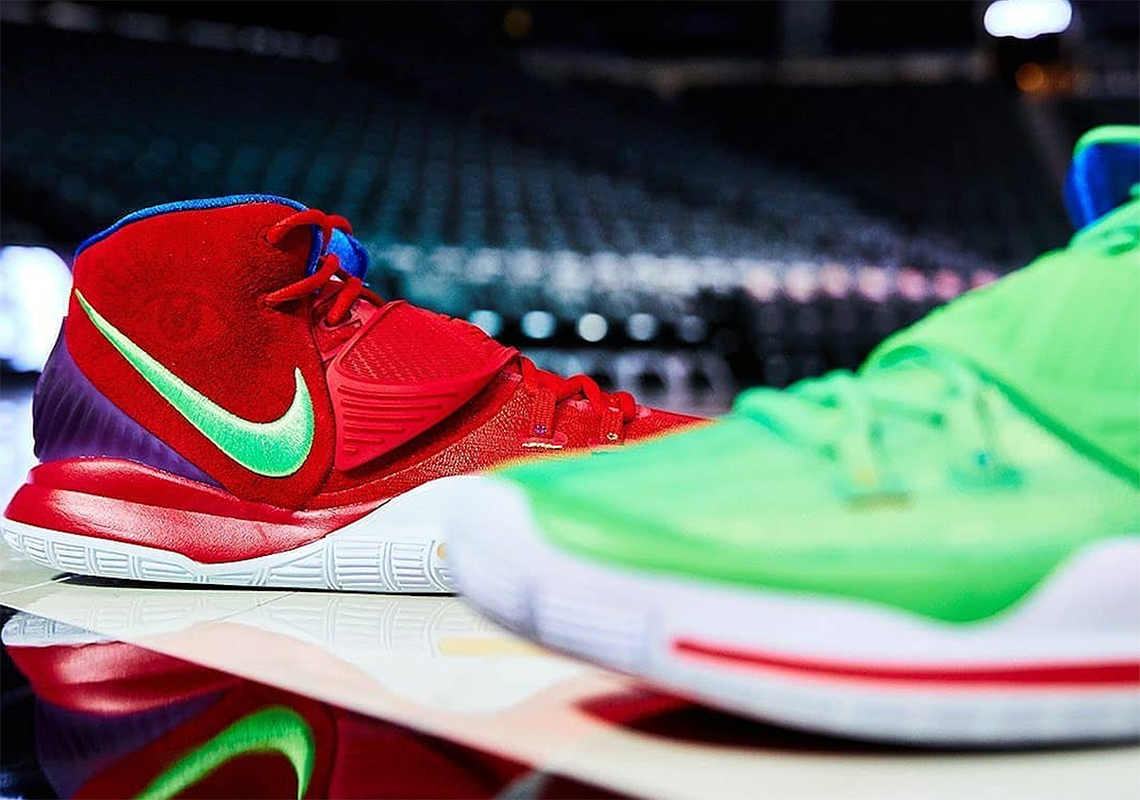 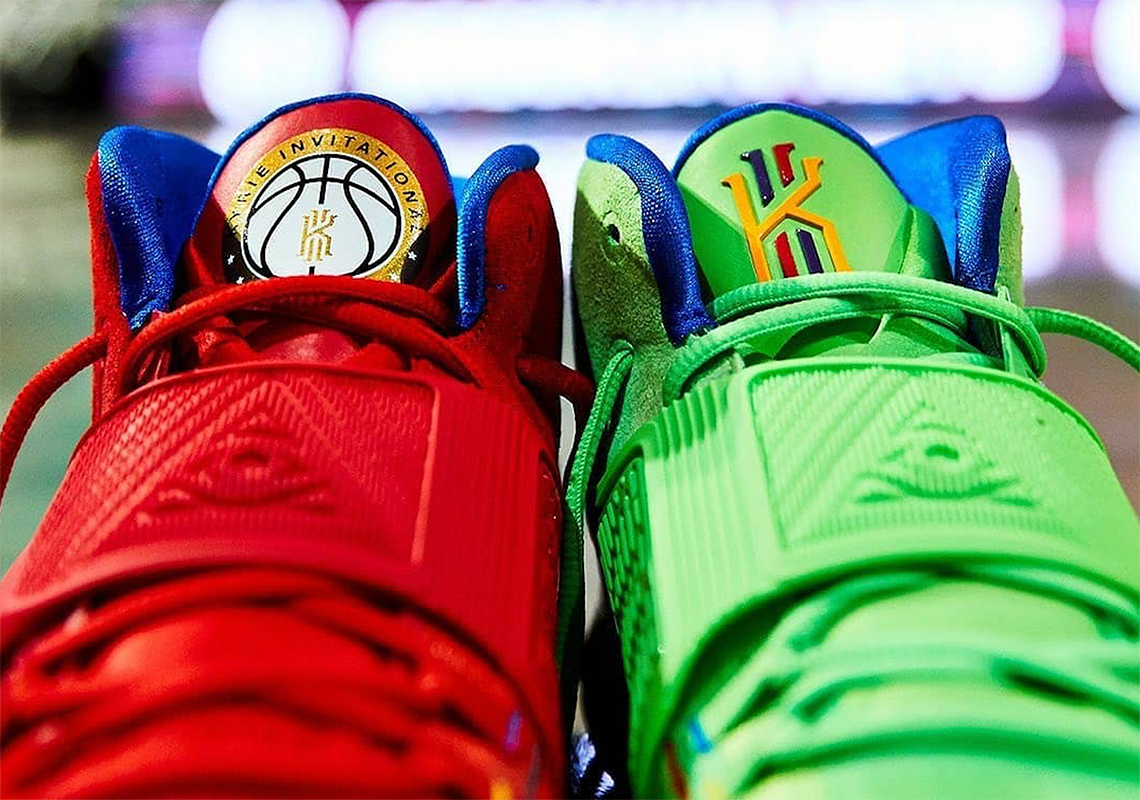 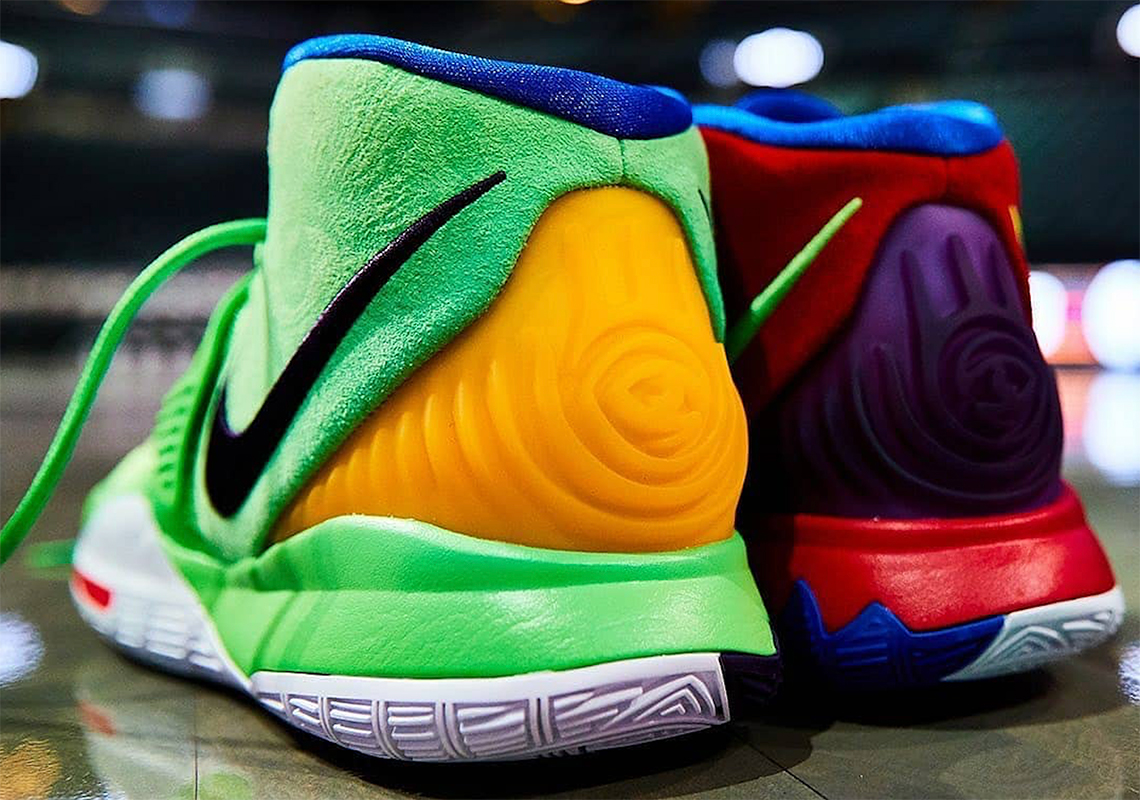