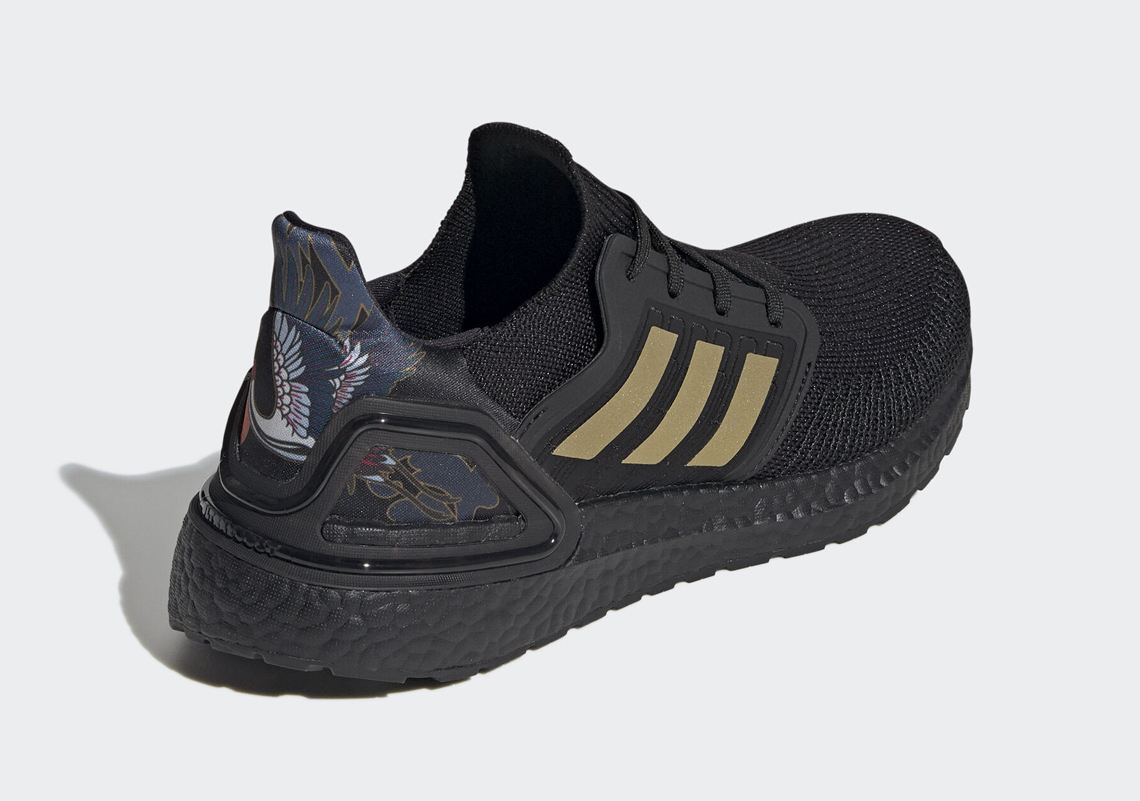 Unlike many of its competitors, adidas has been releasing commemorative footwear ahead of Chinese New Year, boasting a Superstar Clean and Ultra Boost OG in the past two weeks alone. The latter silhouette returns today before next month’s Year of the Rat festivities in a black and gold outfit decorated with a crane – just like the aforementioned Shell-Toe. This celebratory edition opts for tonal black across the Primeknit upper and BOOST midsole, only finding contrast via the gold Three Stripes branding at the midfoot cages and tongue. From a straight angle, this cushioned runner doesn’t seem any more special than other in-line Ultra Boost options, but detailing at the heel beg to differ. Symbolic of longevity and peace, a crane extends its wings across the entire heel mold on both shoes in this pair. Done in such a fashion that it resembles traditional Chinese paintings on silk, the feathered-bird dons a red beak and crown, a white body, and gold-outlined blue wings. The same color palette decorates the backdrop to create a beautiful scene.

There’s no official information on a stateside release for this CNY Ultra Boost, but some European retailers like Solebox have this pair available right now for €180 (approximately $200 USD). 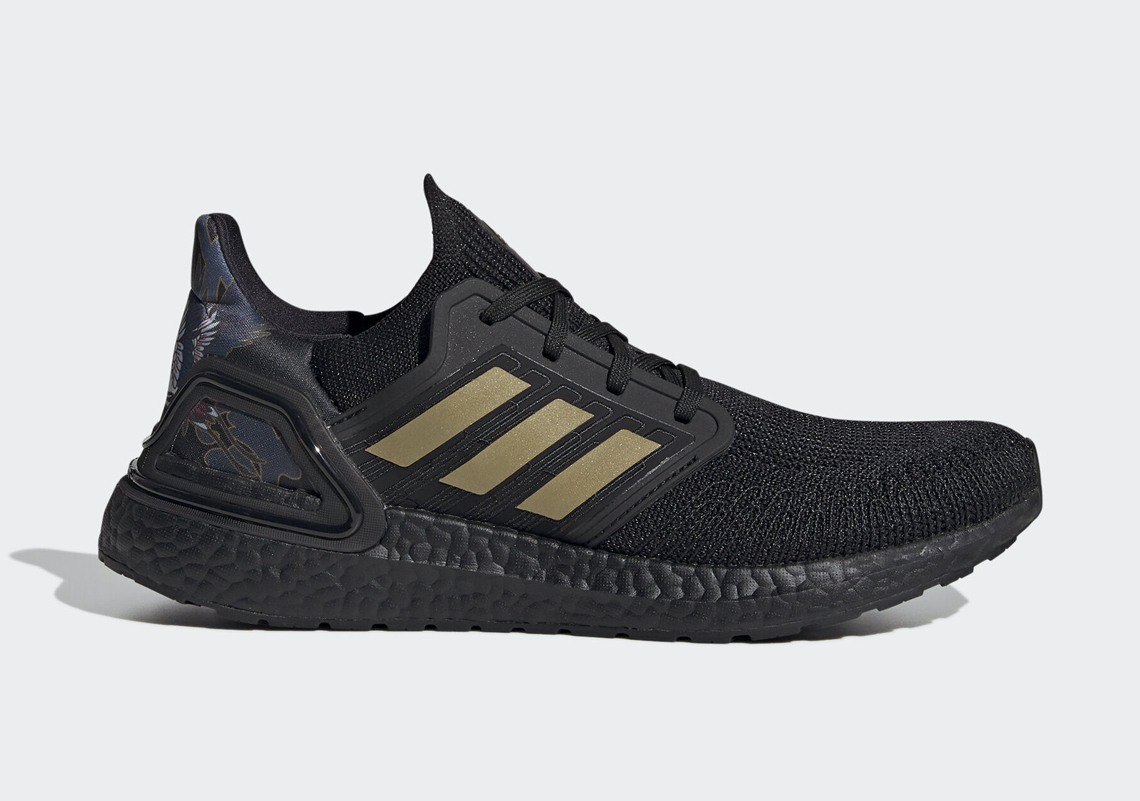 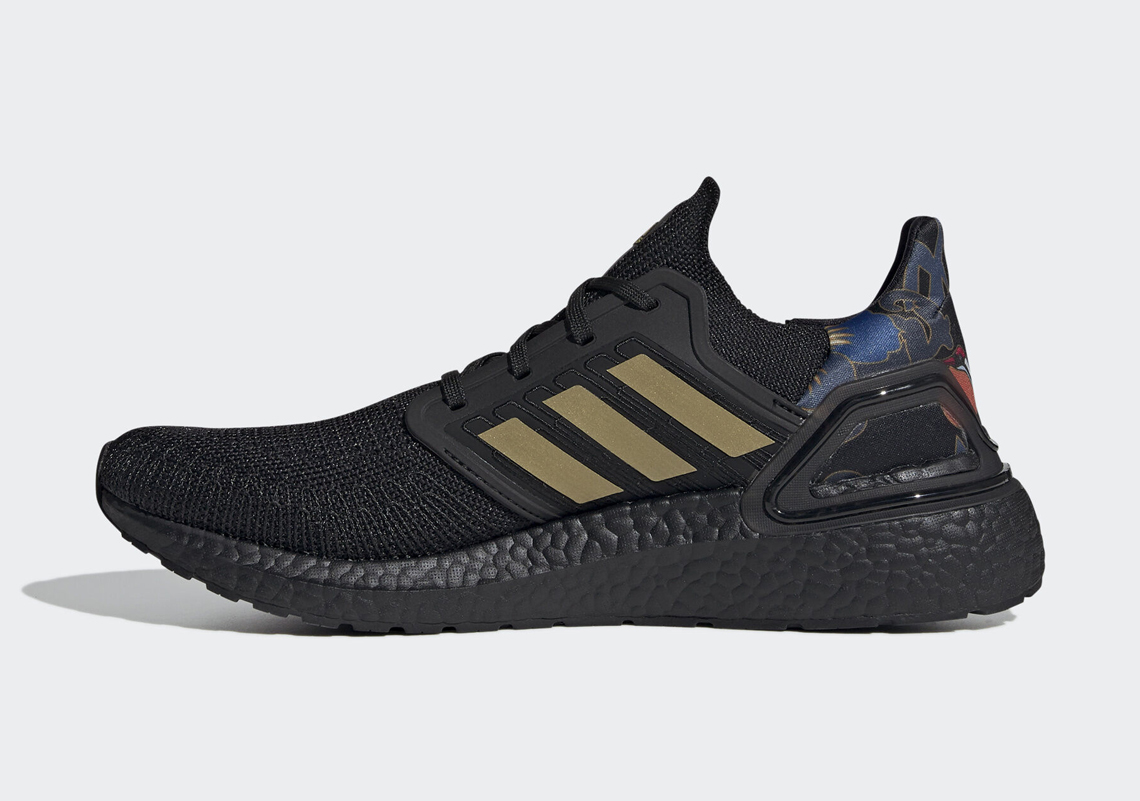 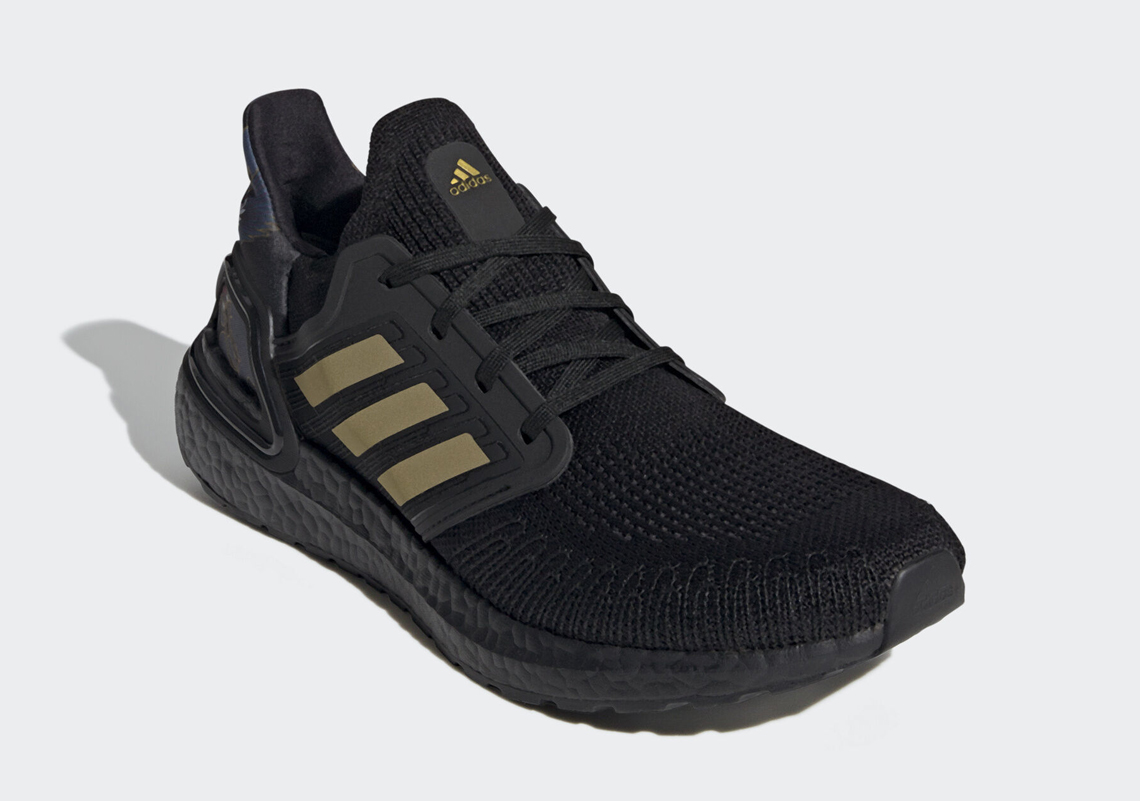 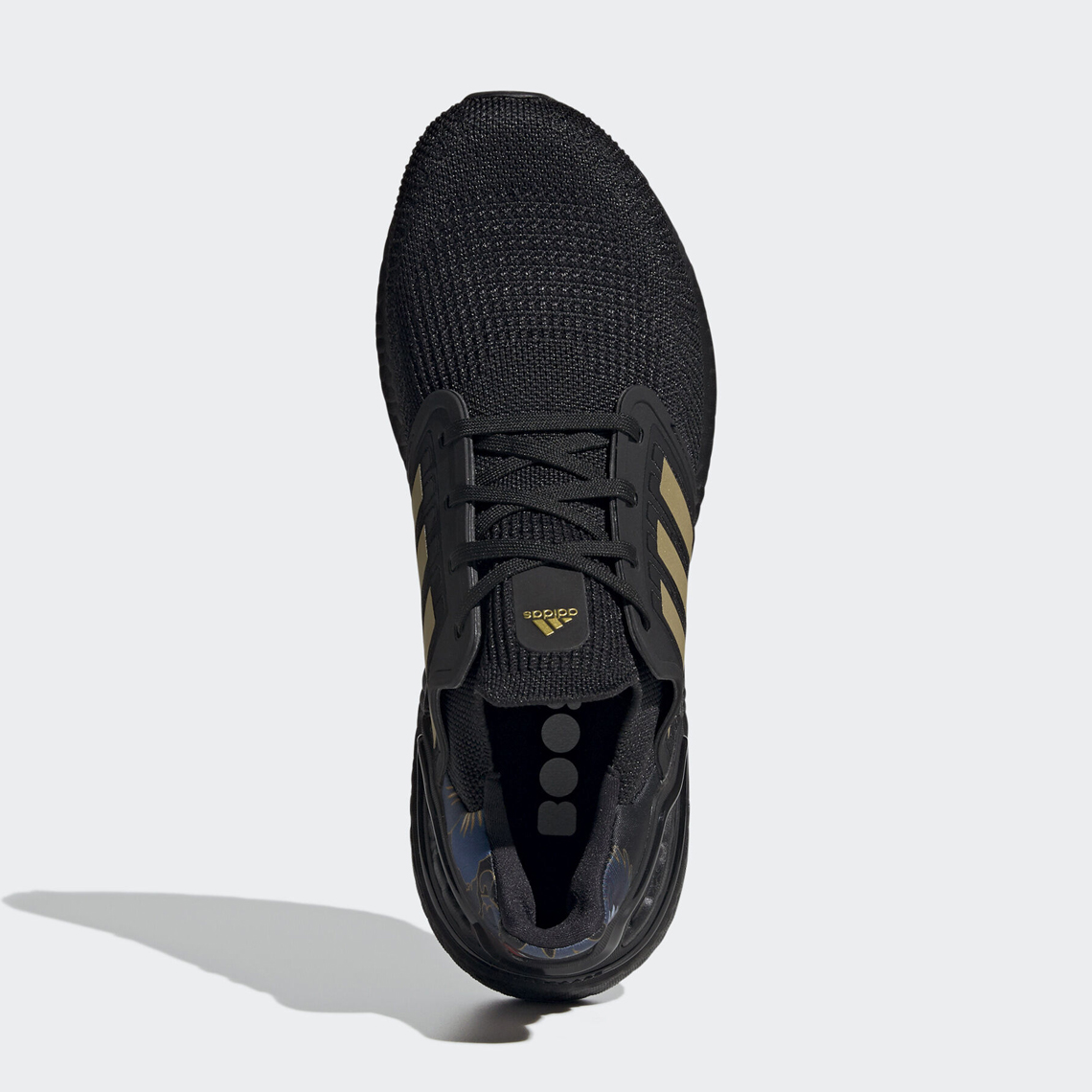 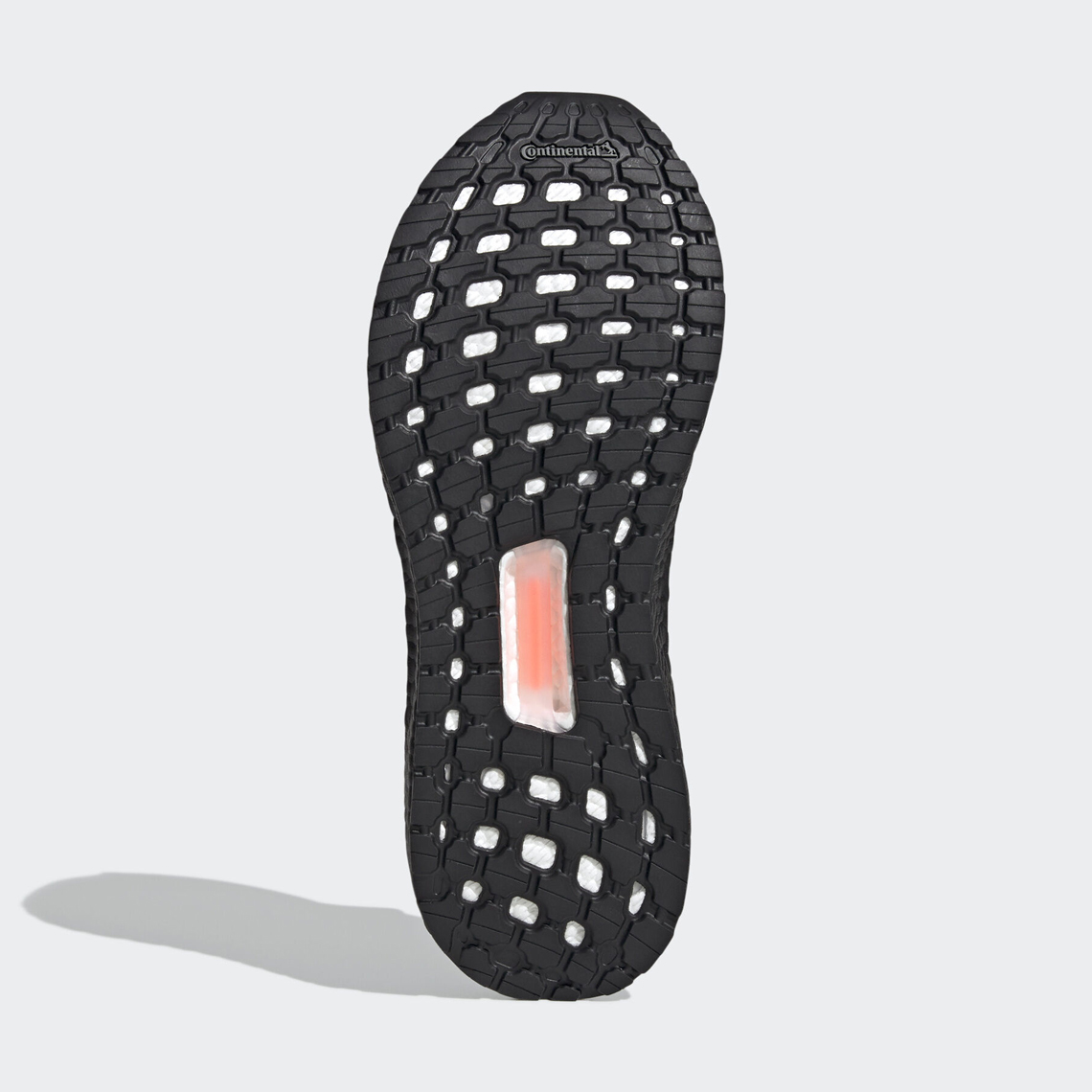 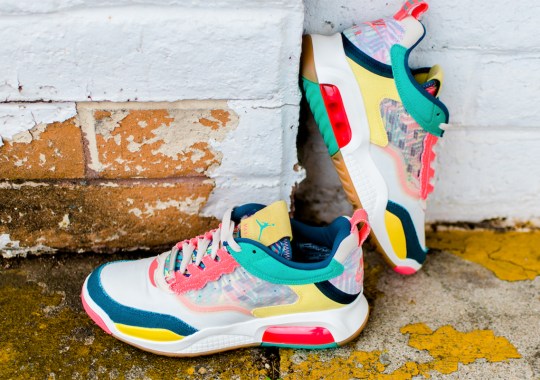 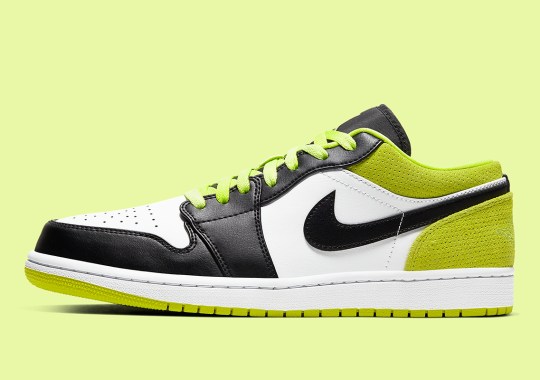 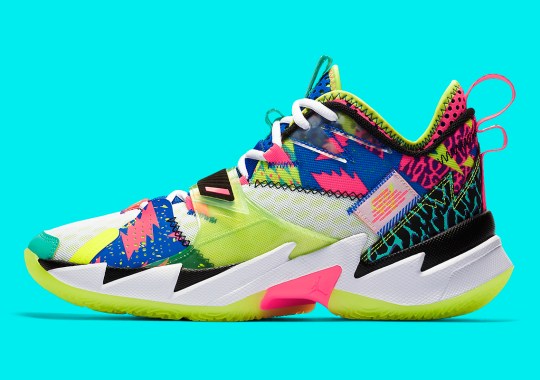 Russell Westbrook Goes Full 1990s With Jordan Why Not Zer0.3 For All-Star