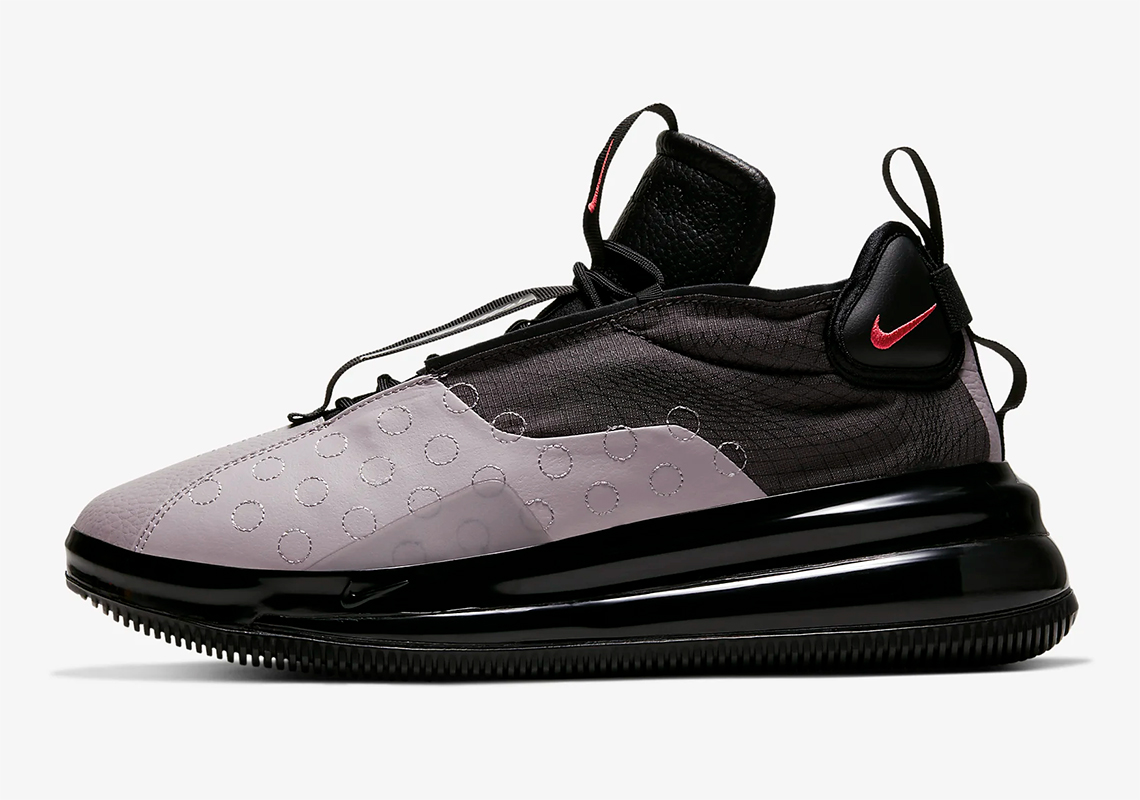 Nike’s D/MS/X collection has been continuing to steadily increase in numbers over the past few months both via more colorways scattered between each model, as well as new silhouettes being thrown into the mix. And one of the models included in the latter is the Air Max 720 Waves whose futuristic stylings made their initial debut back in October 2019. After keeping its offerings in small quantities throughout the tail end of the year, its looking to extend its catalog by kicking off the new decade with a brand new “Silver Lilac” iteration. Warped grids that are placed atop its textile layers are now slightly hidden due to its black-on-black design, which allow for the forefoot and branded hits to attract most of the attention. Tumbled leather panels along with the exposed spherical stitchings across the front regions carry on a full tonal look, while by the quadrupled set of Swooshes stand out overtly in a “University Red” hue. You can find these available now on Nike.com for $190, so enjoy a gallery of official images here below before you click “add to cart”. 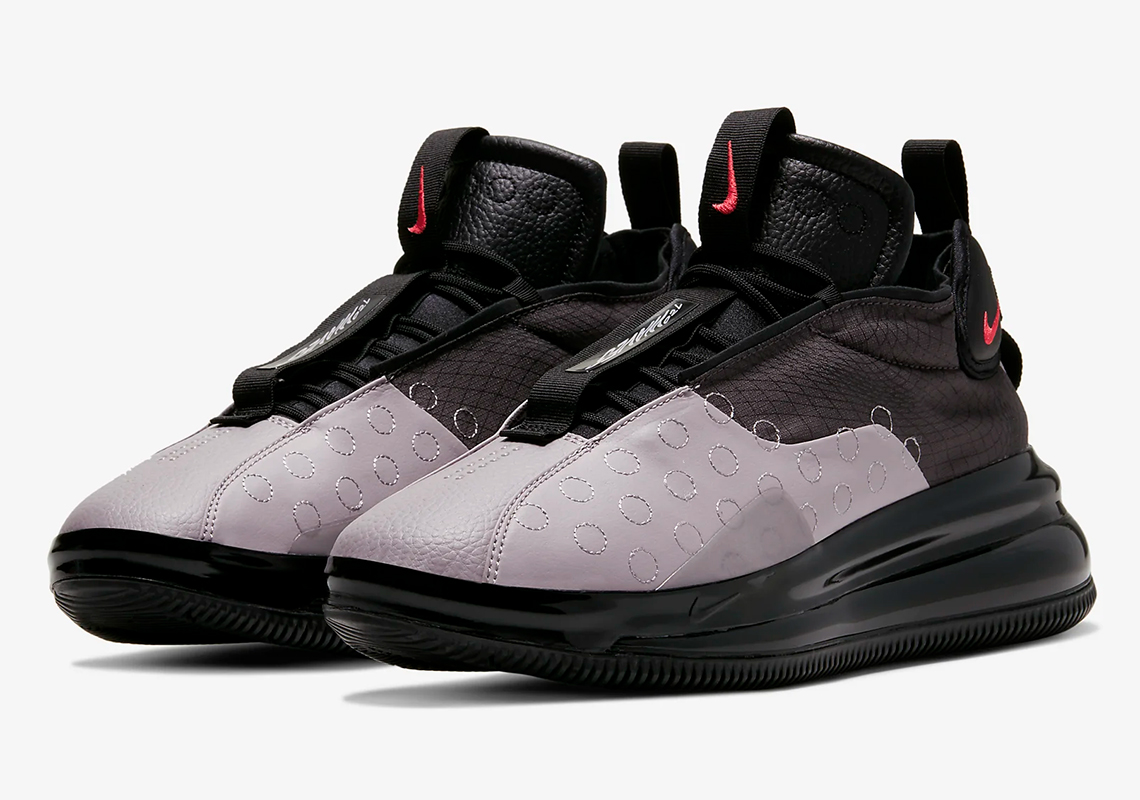 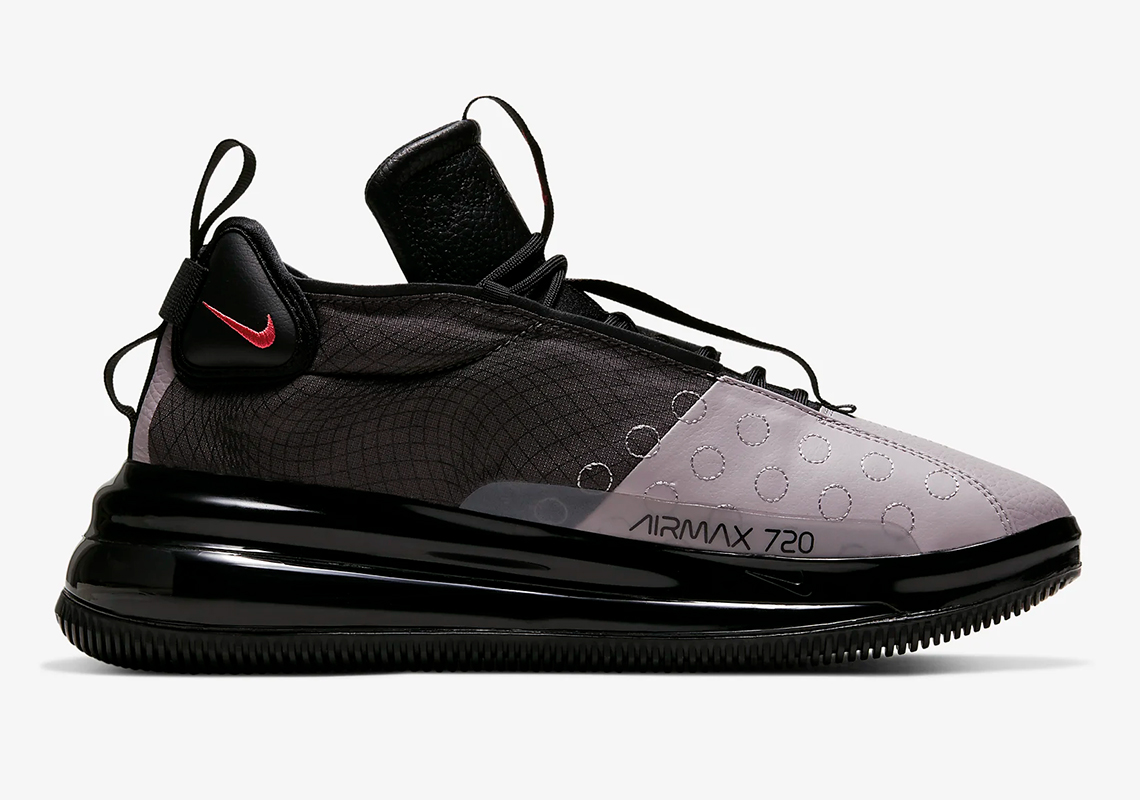 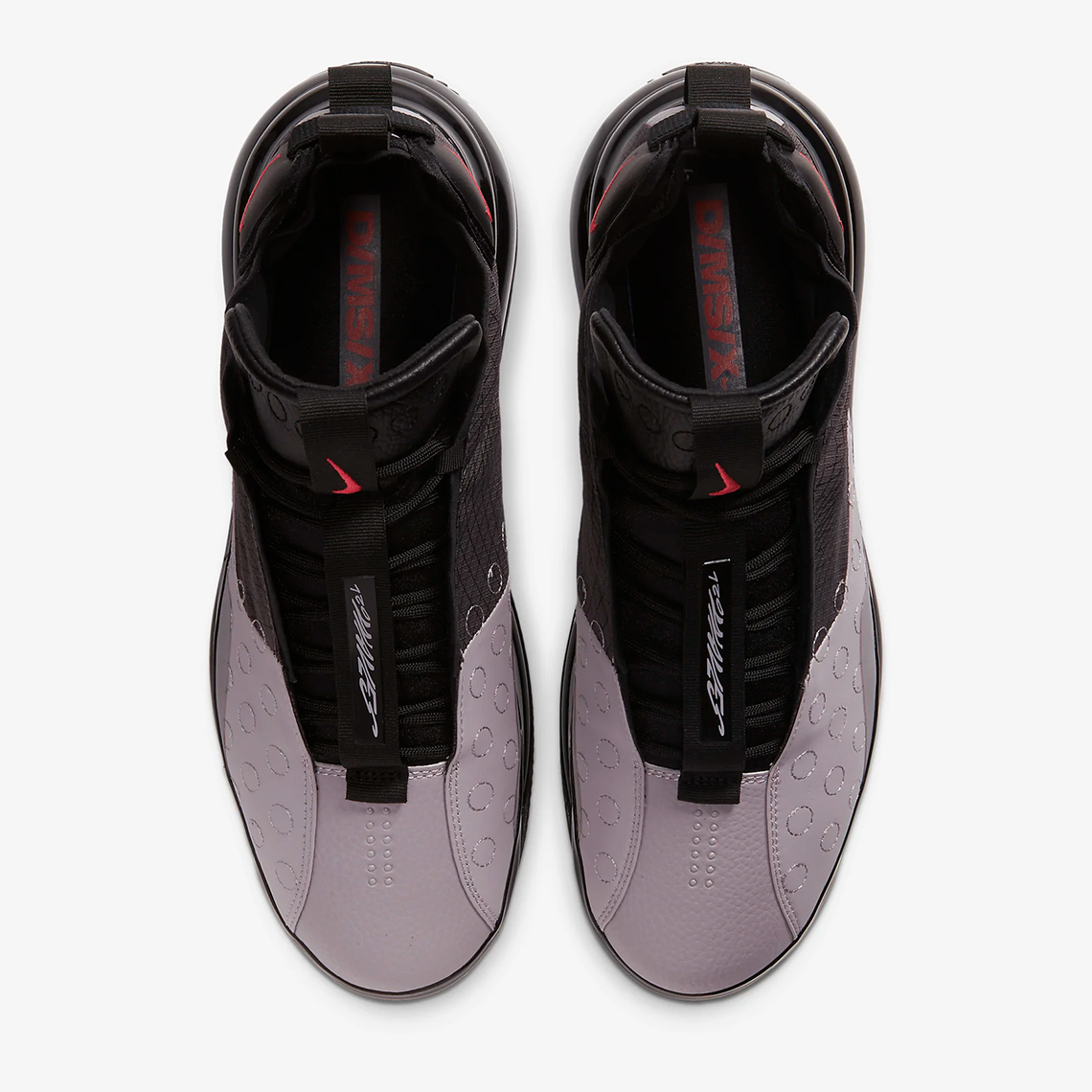 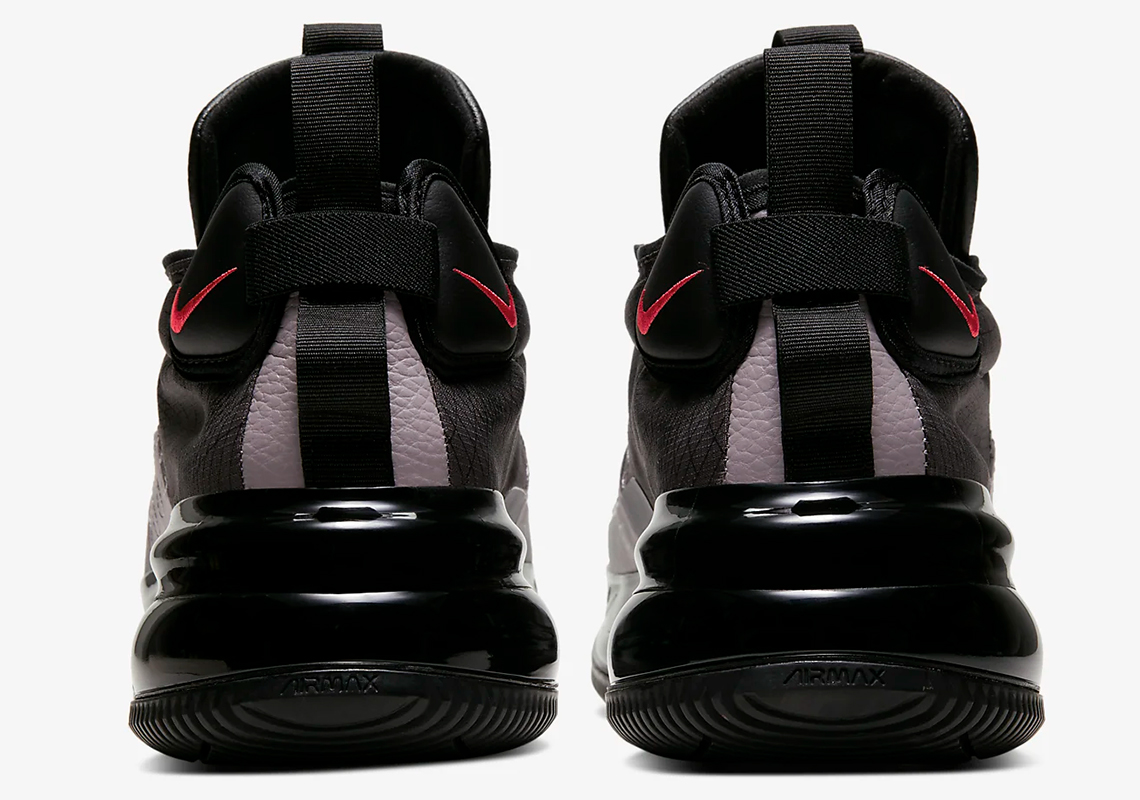 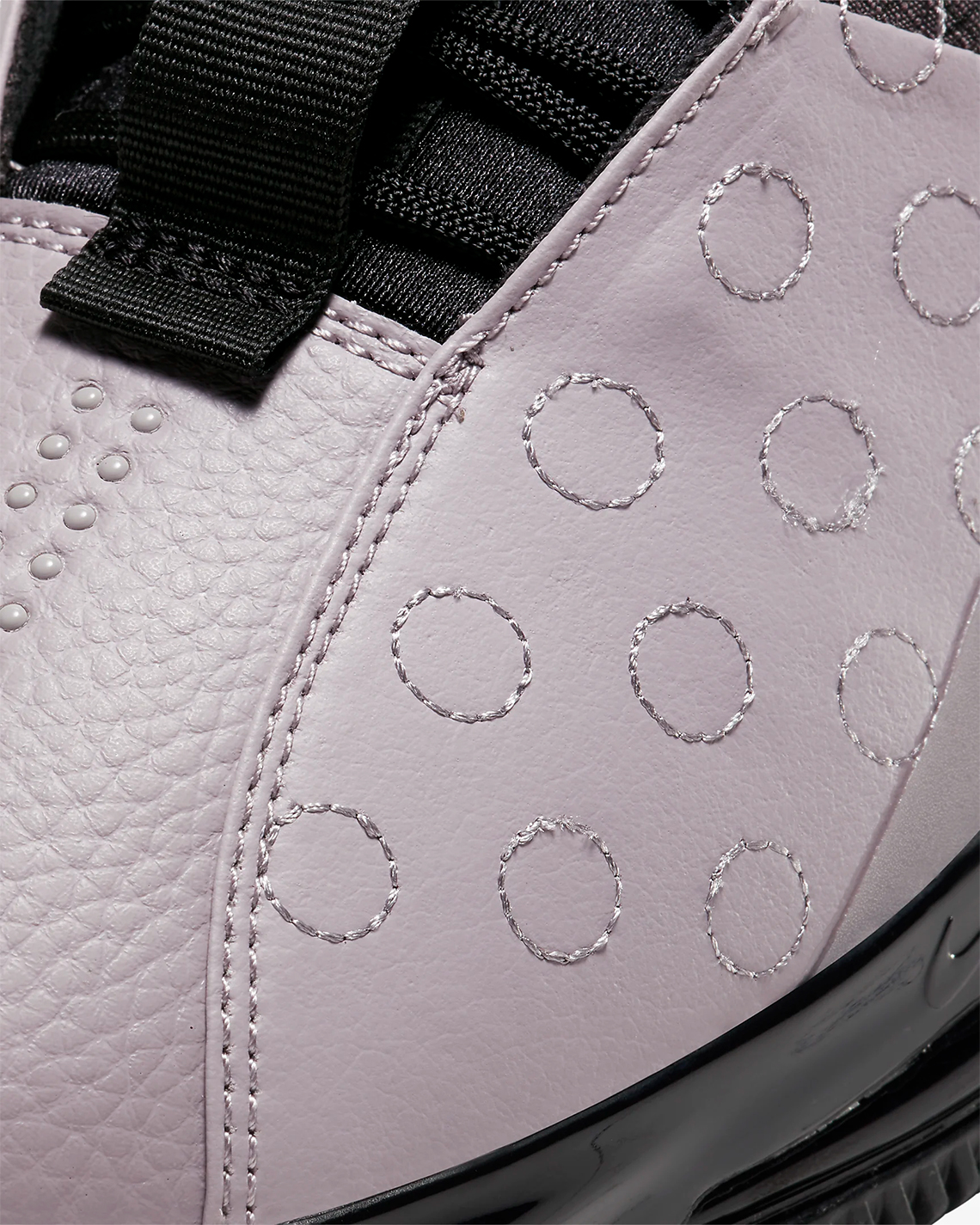 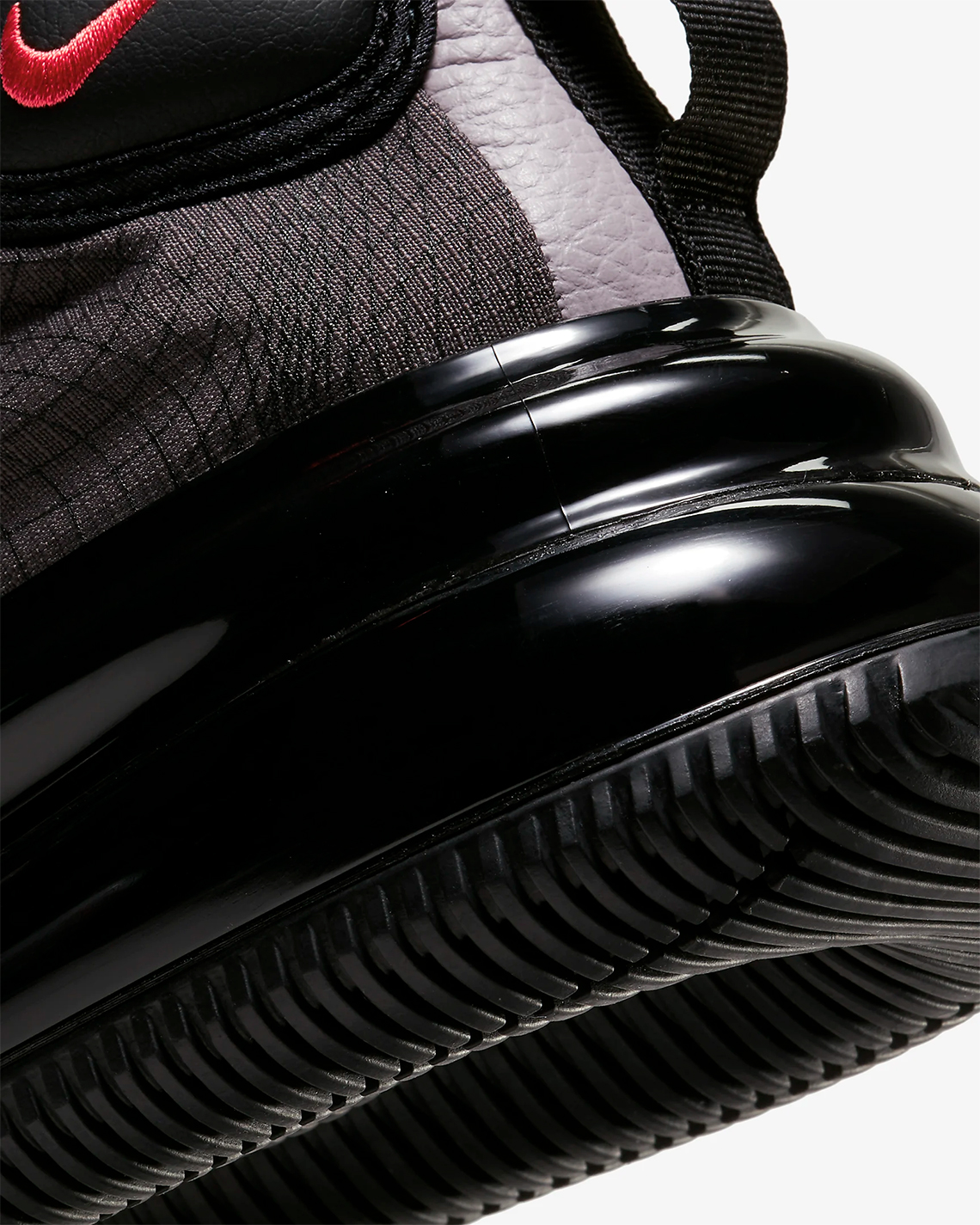 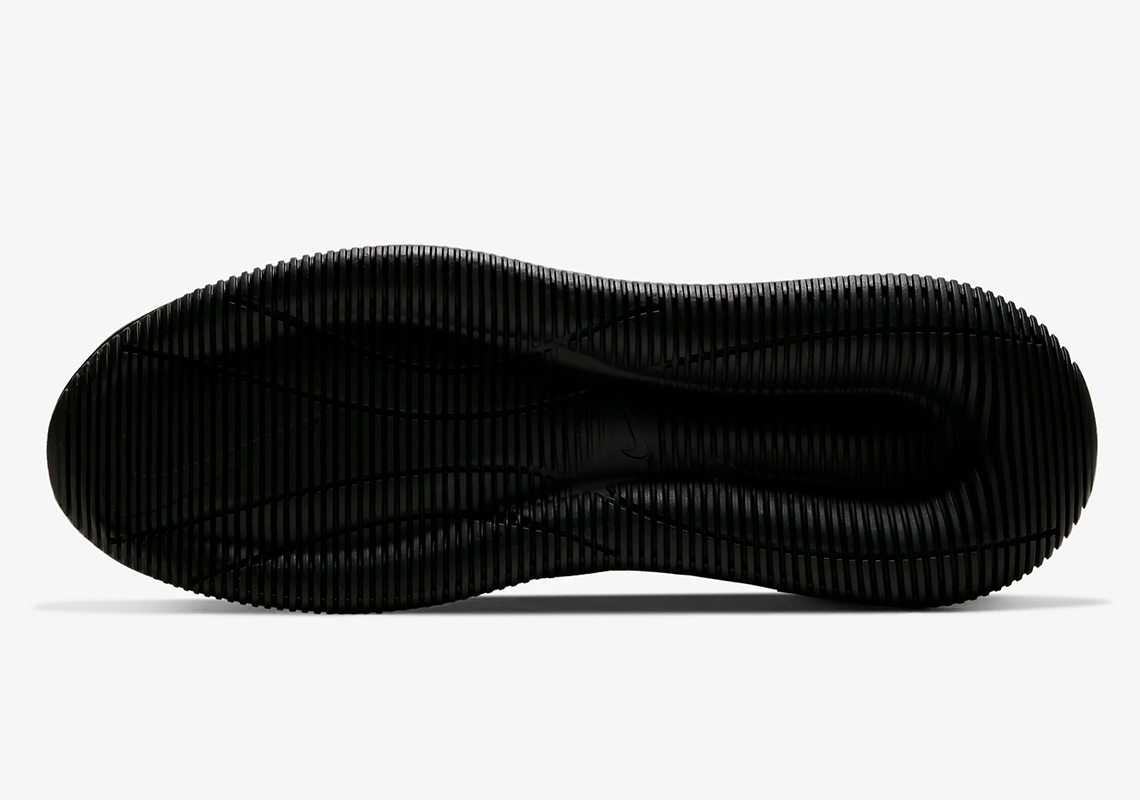