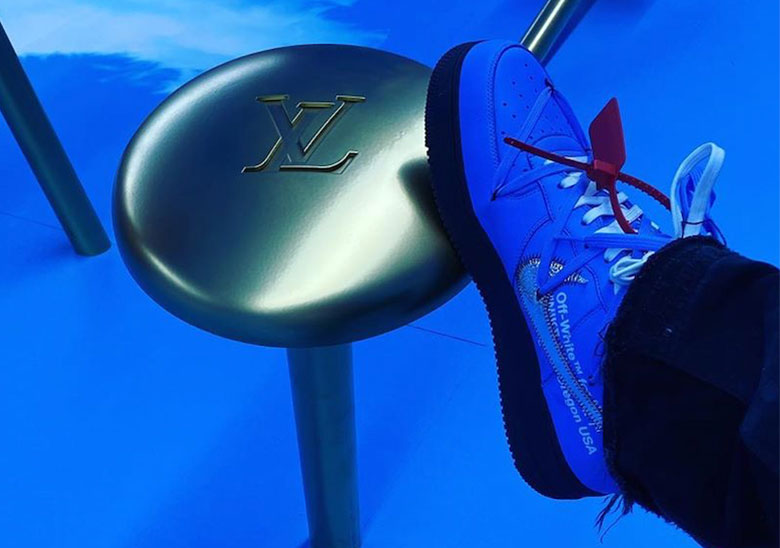 Within Virgil Abloh‘s lineage of Air Force 1s, the “MCA” colorway is certainly among the best, but as many have already given up on a second, wider release, they may have cause to lift their heads up once again. Teased at Paris Fashion Week, of which the designer had two big collections to reveal with LV included, Abloh took to social media to reveal the tooling complete with a few of his newer design motifs and a striking black sole. This, surely far enough removed from the original to warrant another drop, may still be ever-the-exclusive, possibly even of a friends and family roll-out or simply a 1-of-1. The uppers brandish with the same blue, matching that of the sky-ridden Louis Vuitton backdrop, with metallic swooshes and bold-faced text all provided from the Off-White toolkit; but, though subtle, the pair also comes equipped with a second lace unit a la his Dunk Lows or any of his athletic models. Red zip ties then flourish near a bottom darkened from midsole to tread. Grab a detailed look at these right here, and if they do end up arriving by way of a retail release, we’ll be sure to report it as information surfaces. 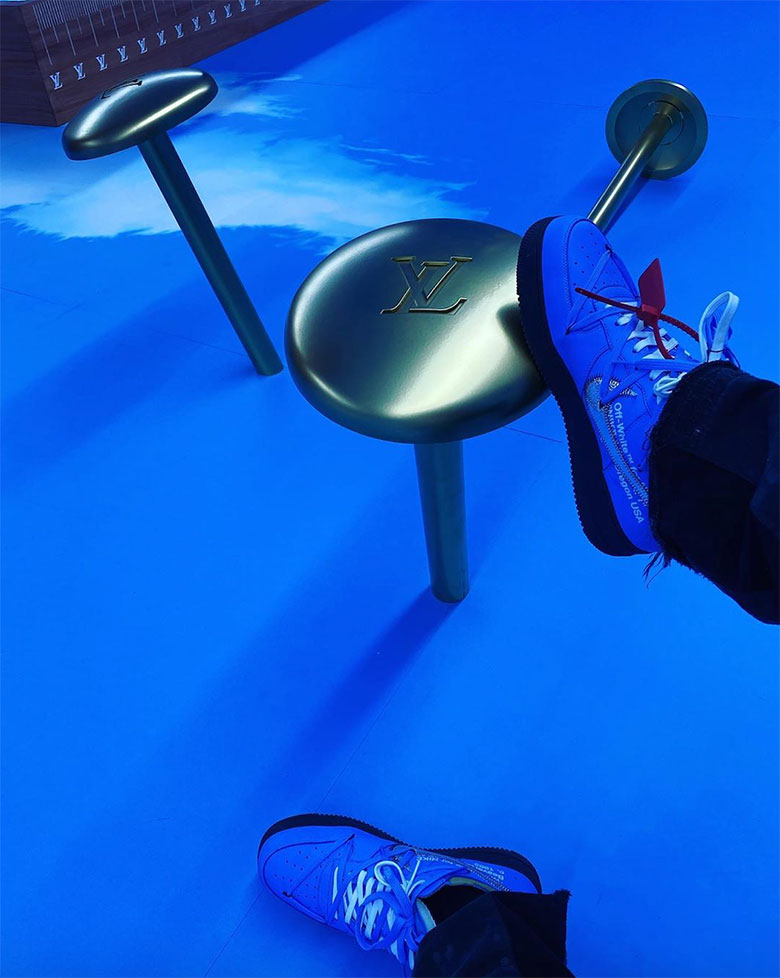 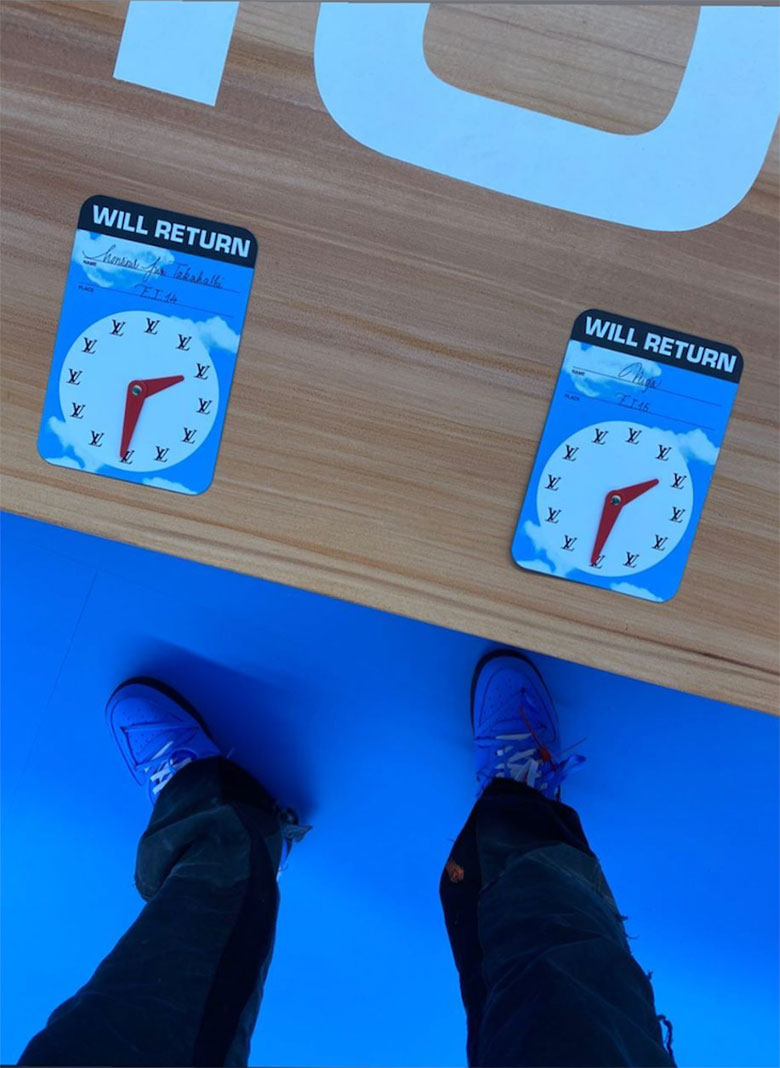 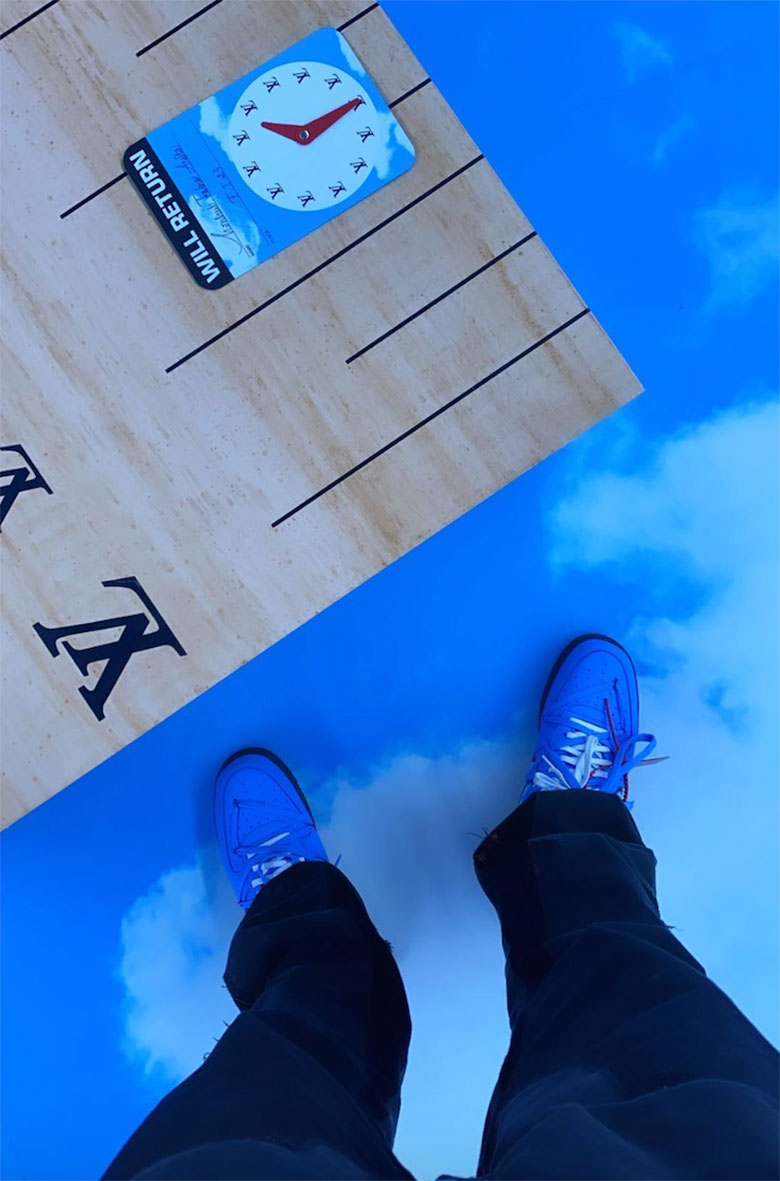