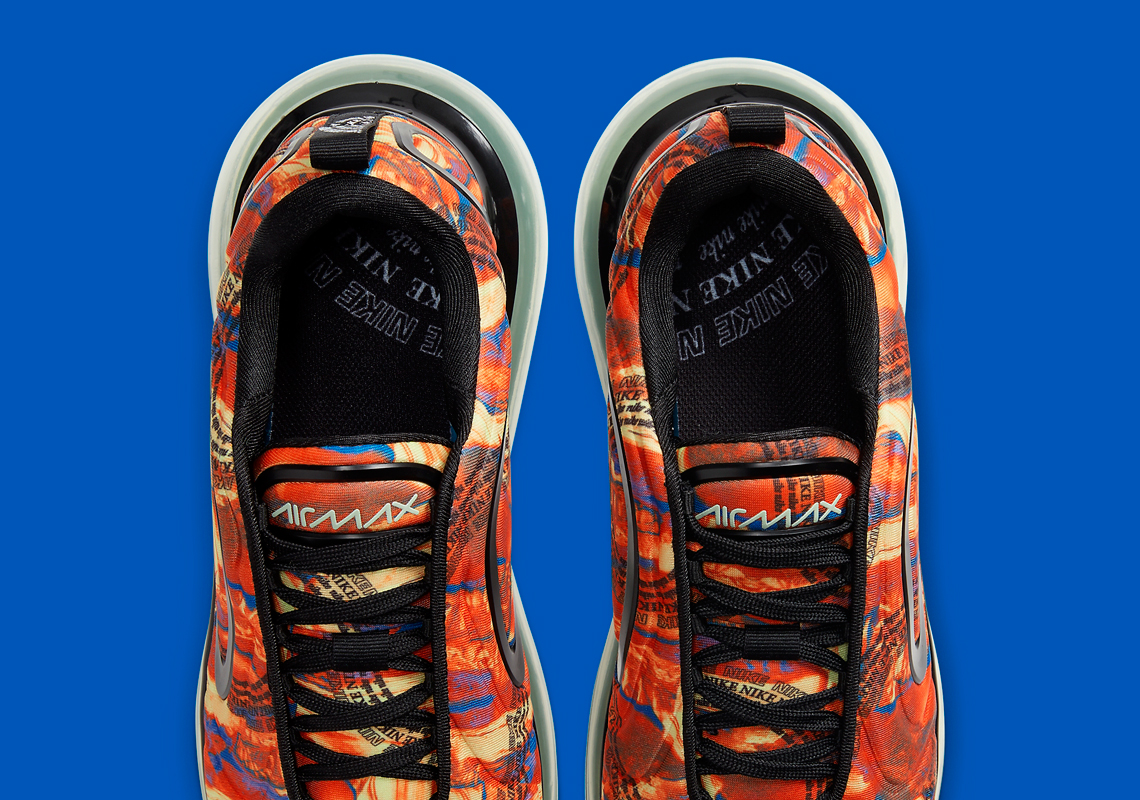 Since its first release in 1987, Nike’s visible Air Max line has been inspired by architecture (Centre Pompidou), technology (Japanese bullet train), and everything in between. Of the latter, focus groups featuring a younger generation always on-the-go informed designers Dylan Raasch and Jesi Smalll in their creation of the Air Max 720. Launched in February 2019, the lifestyle model features Nike’s tallest Air unit to date and has had its wavelike uppers outfitted in equally-statement-making colorways. Adding yet another tally to its bold roster, this new iteration adds orange and blue, hard-to-make-out graphics to the shoe’s entire upper half. Vintage-style “NIKE” text, done in black, offers some semblance of recognition as it traverses from forefoot to heel, as well as tongues and insoles, in circular and curved arrangements. Elsewhere, the same dark tone also takes over laces, molded lining, and midsole, while being visible through the off-grey Air unit down below.

Grab a closer look at this bold version of an already-bold sneaker. And if you want to get these in hand to figure out what exactly is printed on its uppers, this pair is available now at Nike.com for $180 USD. 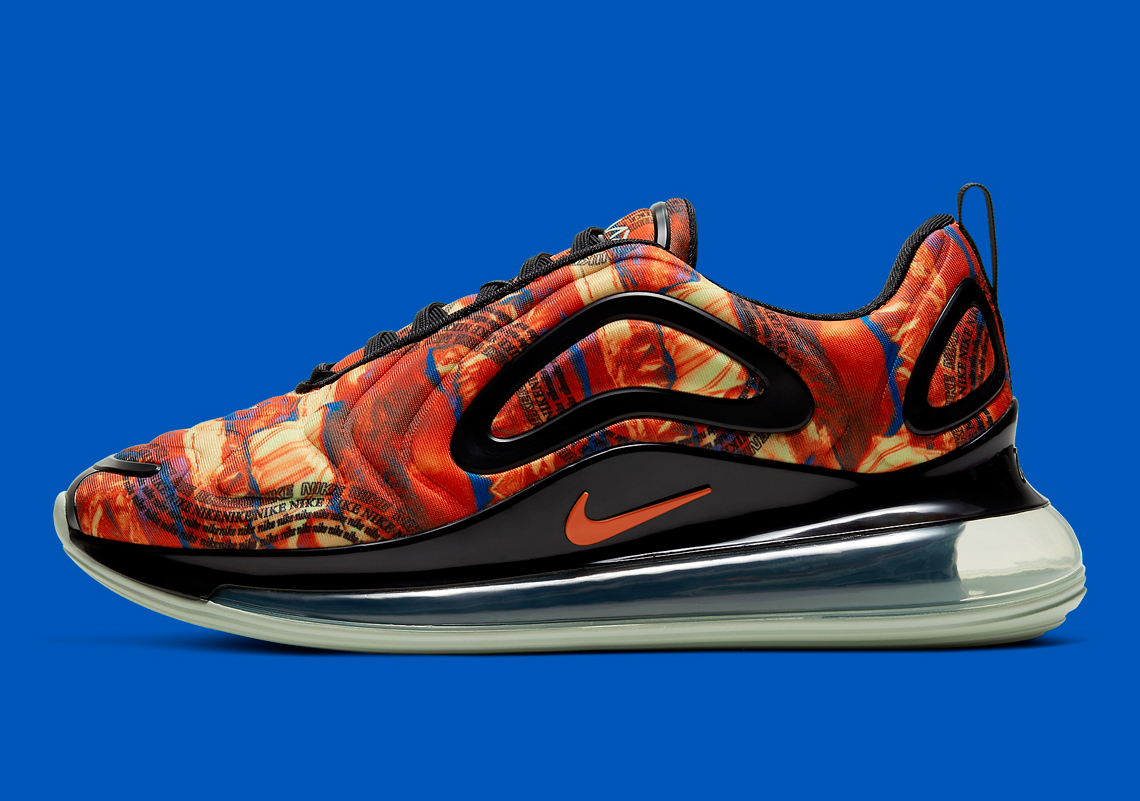 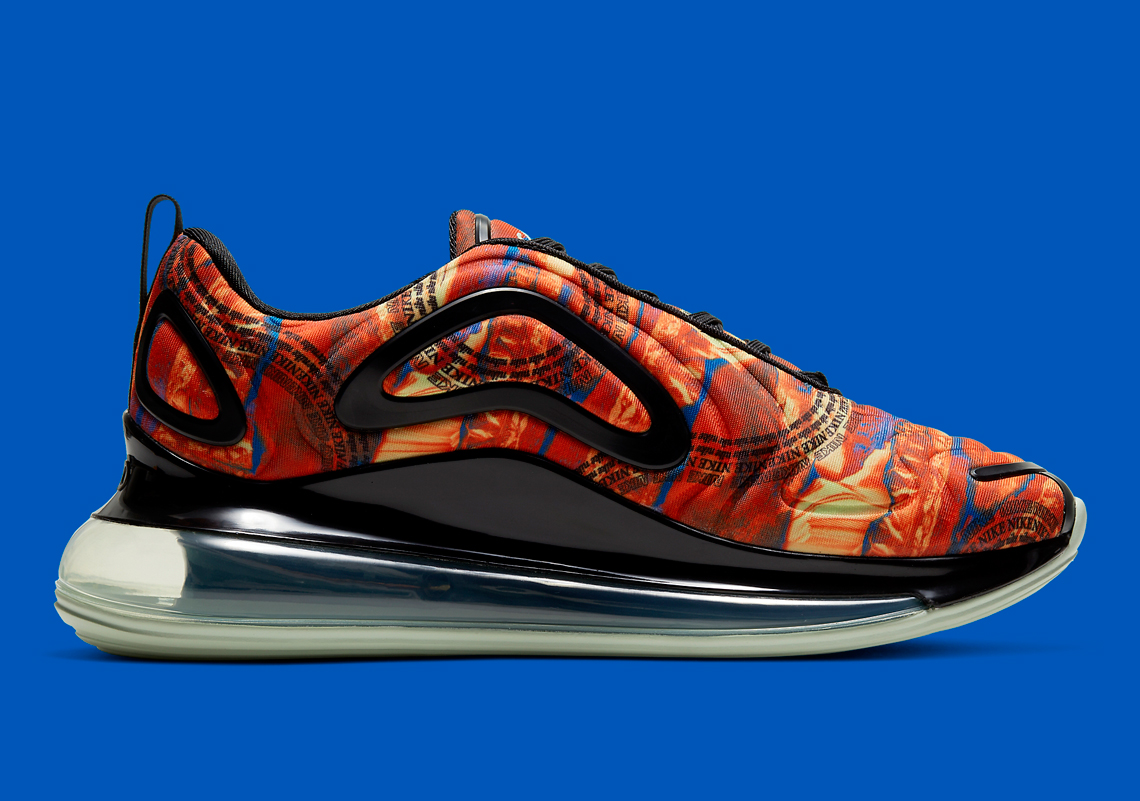 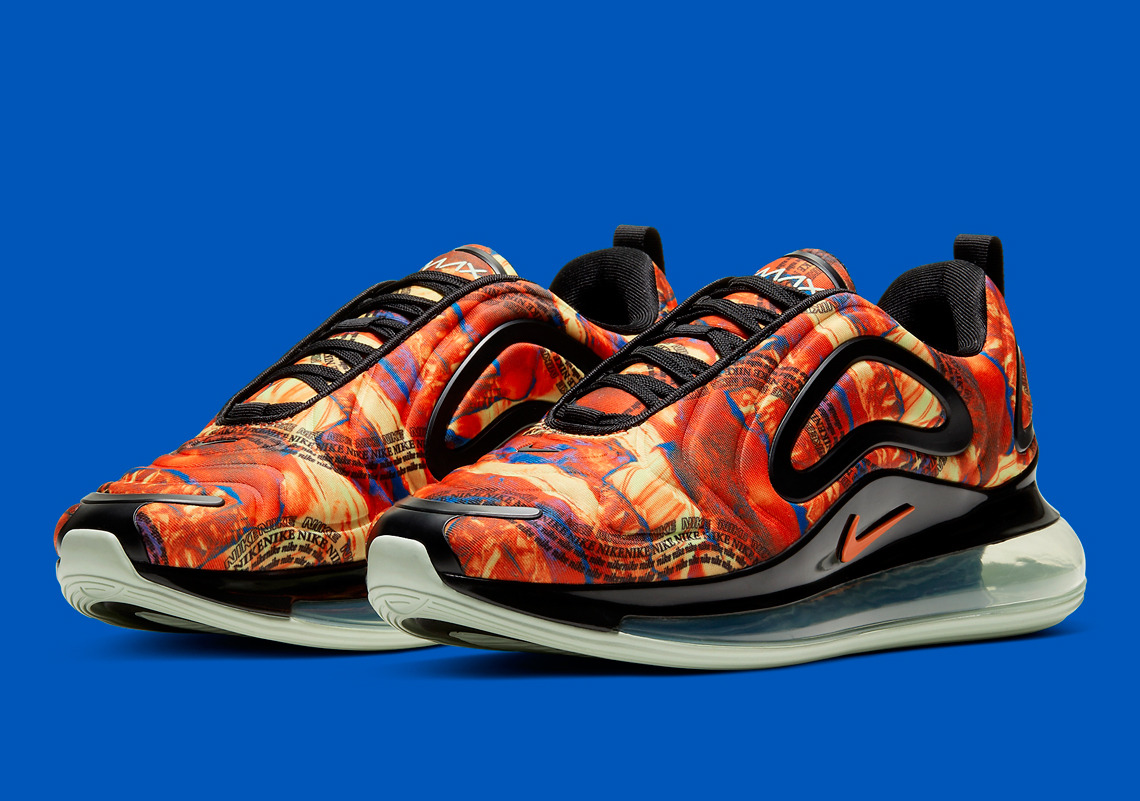 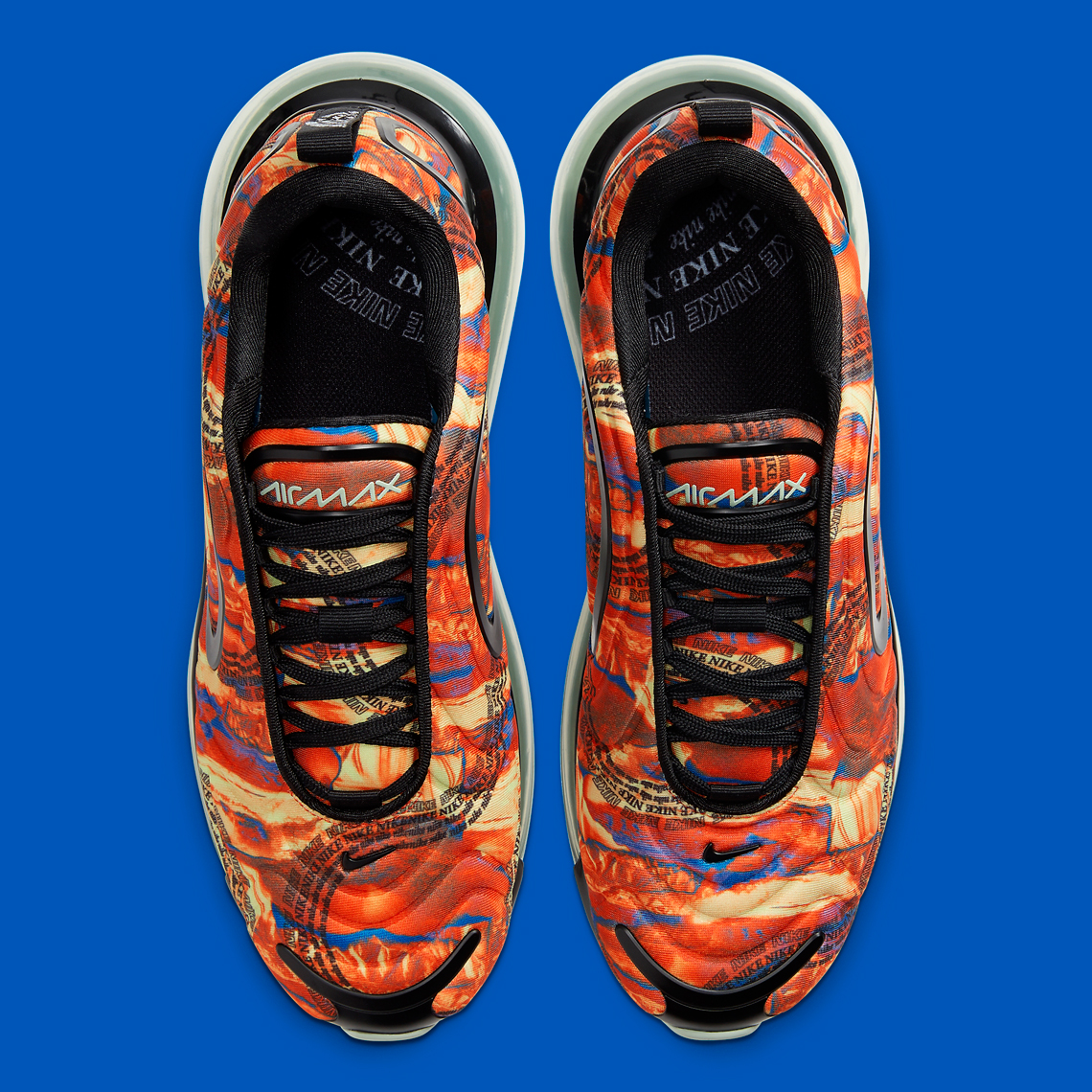 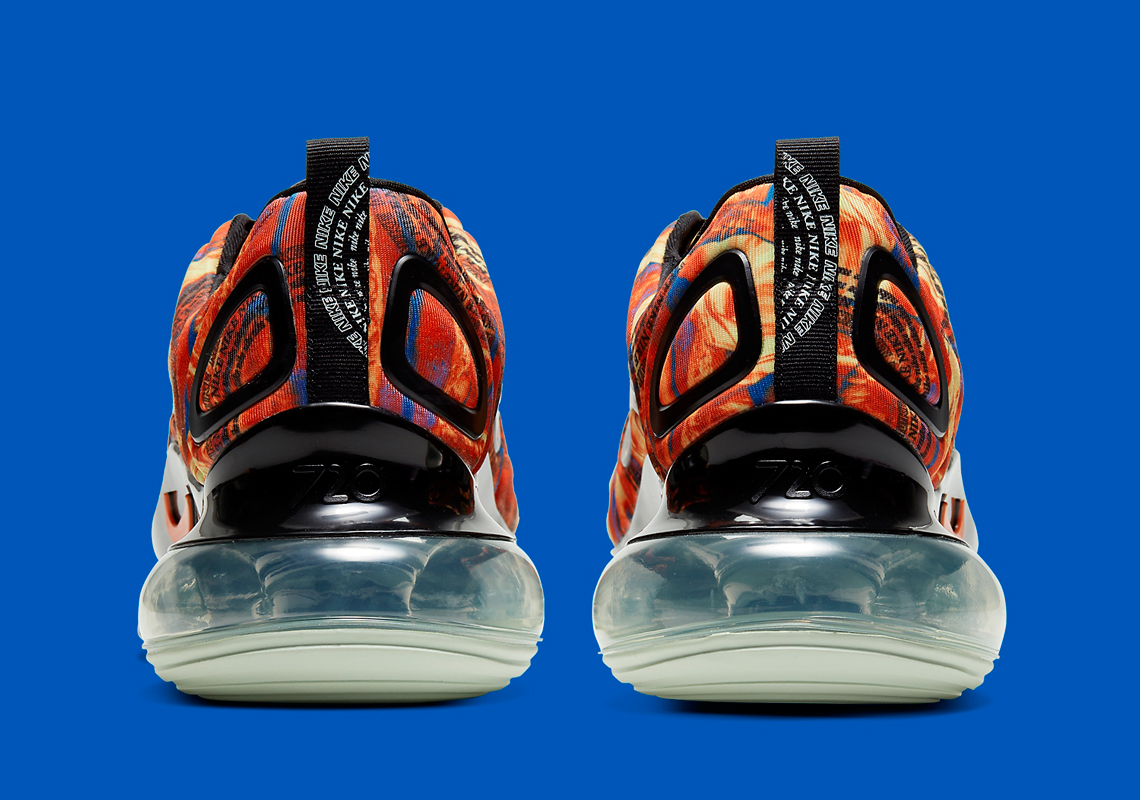 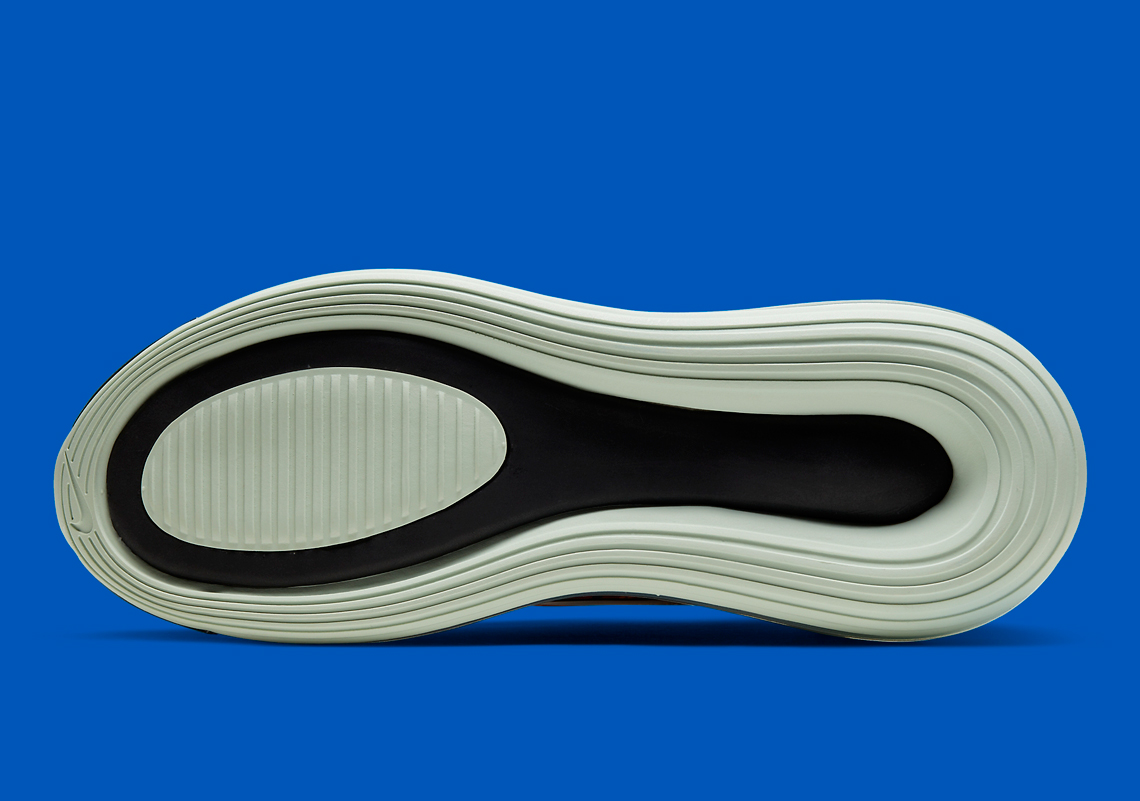 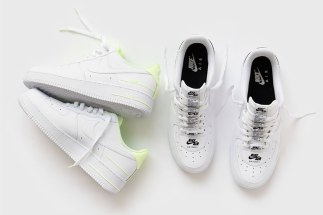 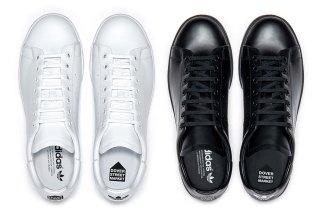 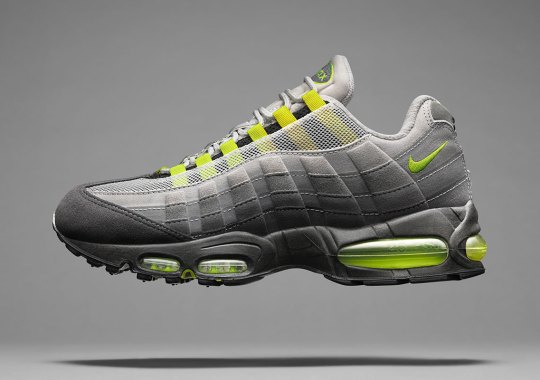 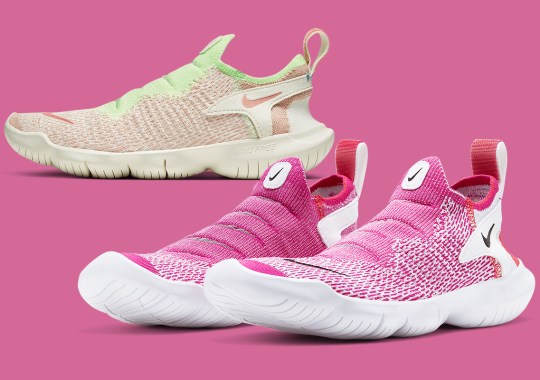 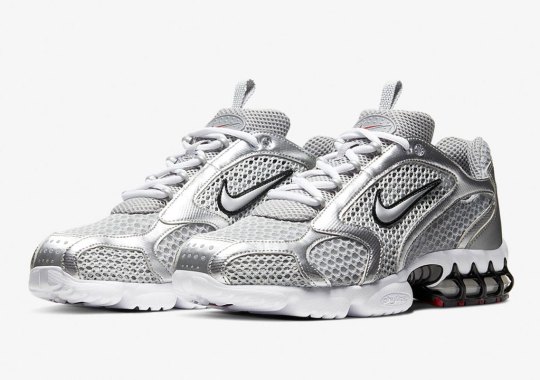 Where To Buy The Nike Zoom Spiridon Caged 2 "Metallic Silver"