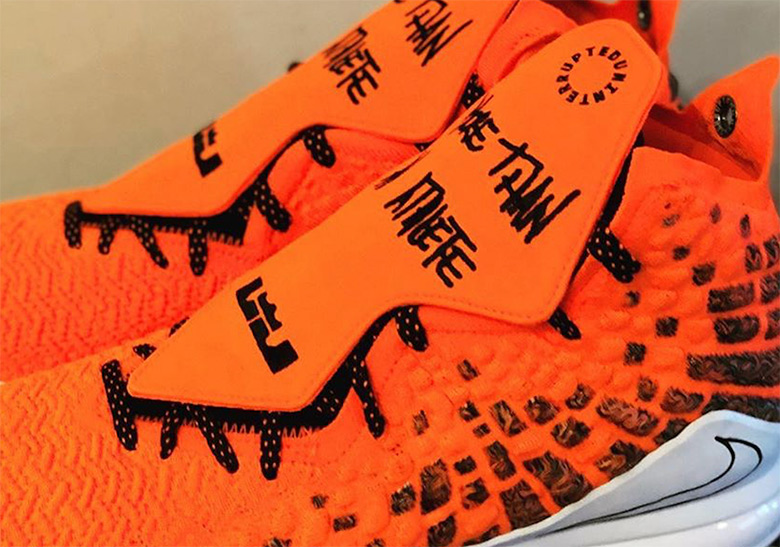 Unapologetic both on and off the court, LeBron James has leveraged the platform the game of basketball has awarded him not only to vocalize his concerns about socio-economic disadvantages, but also to propose solutions for them. King James did it in 2012 when he and his Miami Heats squad posed for a photo wearing hooded sweatshirts in honor of Trayvon Martin; in 2014, #23 honored Eric Garner by wearing a shirt reading “I Can’t Breathe” during warmups; two years ago, he dove into the world of education by opening the I Promise School in his hometown of Akron, Ohio; and most recently, James has transcended his sports stardom with his “More Than An Athlete” initiative. While the Lakers forward has been exploring motivating, thought-provoking stories through his UNINTERRUPTED media company for several years now, James has also utilized his signature shoe line with Nike to attract more attention to his initiatives like with the “More Than An Athlete” LeBron 17 launched this past Christmas, which recently surfaced in an alternate orange colorway. From our first look, construction between both pairs is identical, but the citrus-hue-colored option switches the placement of the UNINTERRUPTED and “LJ” crown logos on the leather tongue shroud. Midsoles and outsoles remain identical, but orange, engineered mesh uppers are accented by black textile from their profiles to the rear similar to its blue counterpart. If this pair does in fact hit retail shelves, it’s likely to include markers so that consumers can customize their pairs with individualized slogans and mantras.

Grab a quick look at this orange “More Than An Athlete” LeBron 17 below and keep it locked here for more information on its possible release.

Nike LeBron 17 “More Than An Athlete” 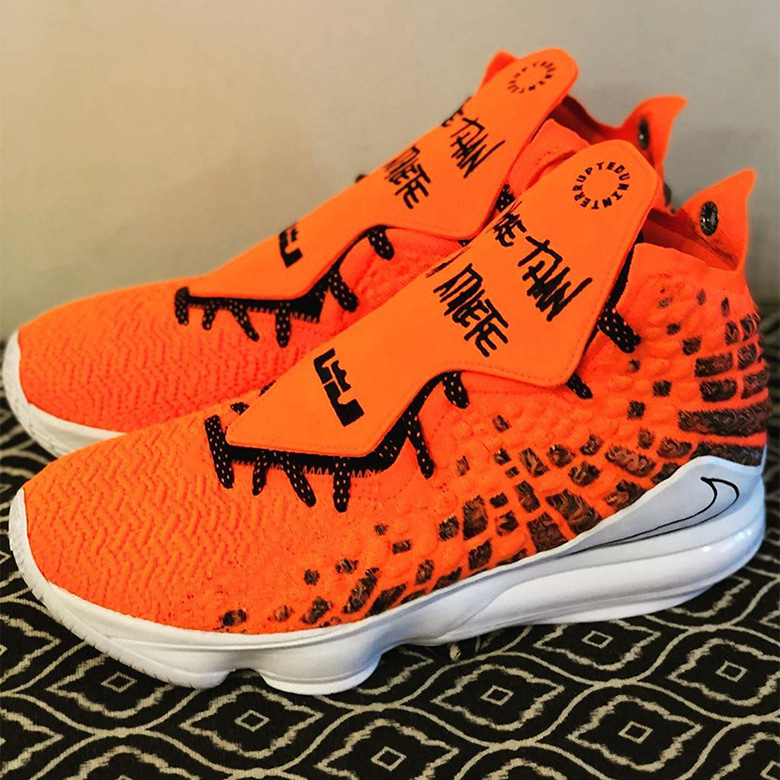 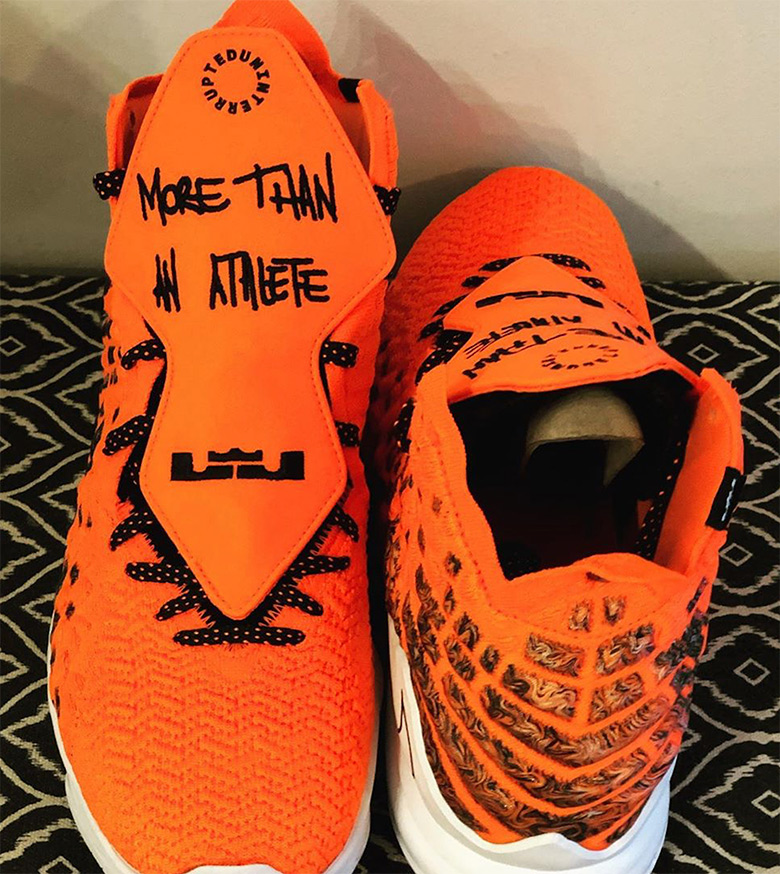