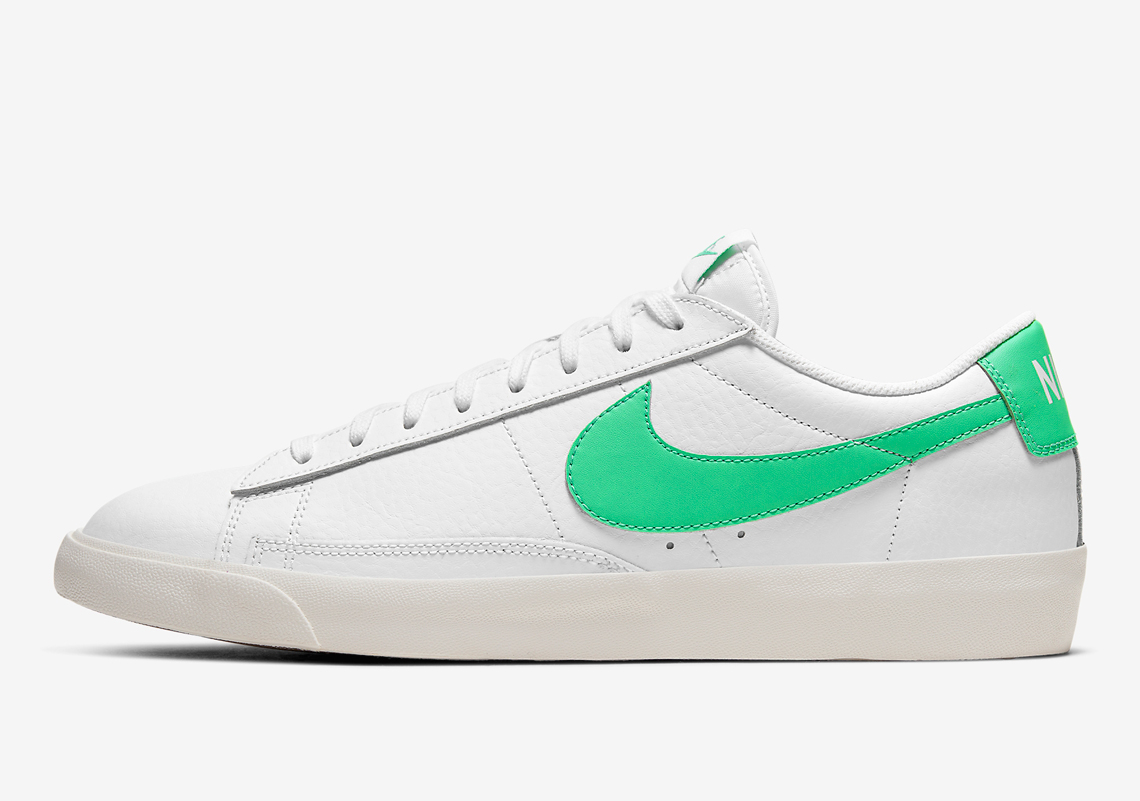 Nike has recently been spreading the love it’s been giving the Blazer Mid ’77 to the Blazer Low, which now adds “Green Spark” accents to its growing roster.

Though the low-top silhouette was included in Nike’s Valentine’s Day 2020 collection, it’s (arguably) won hearts over via classic two-tone ensembles akin to debut pairs of its mid-top counterpart. White tumbled leather bases sit atop “Sail” midsoles, which keep their basketball-oriented herringbone outsole. Contrast to the uppers comes primarily in the form of profile Swooshes that may draw comparisons to the J. Crew Killshot 2 “Sail Green;” “Green Spark” similarly appears on tongue logos. Unlike the court-inspired model, however, the Blazer Low animates its “NIKE”-branded heel overlay with its green of choice. Everything else, save for faint Swooshes printed on the insoles, are left colorless.

Take a closer look at this simple pair here below as you wait for more information on a Nike.com release to roll out. And if taller-silhouettes are more your style, check out the Air Tech Challenge 2 “Black Lava” recently teased by Don C on Instagram Stories. 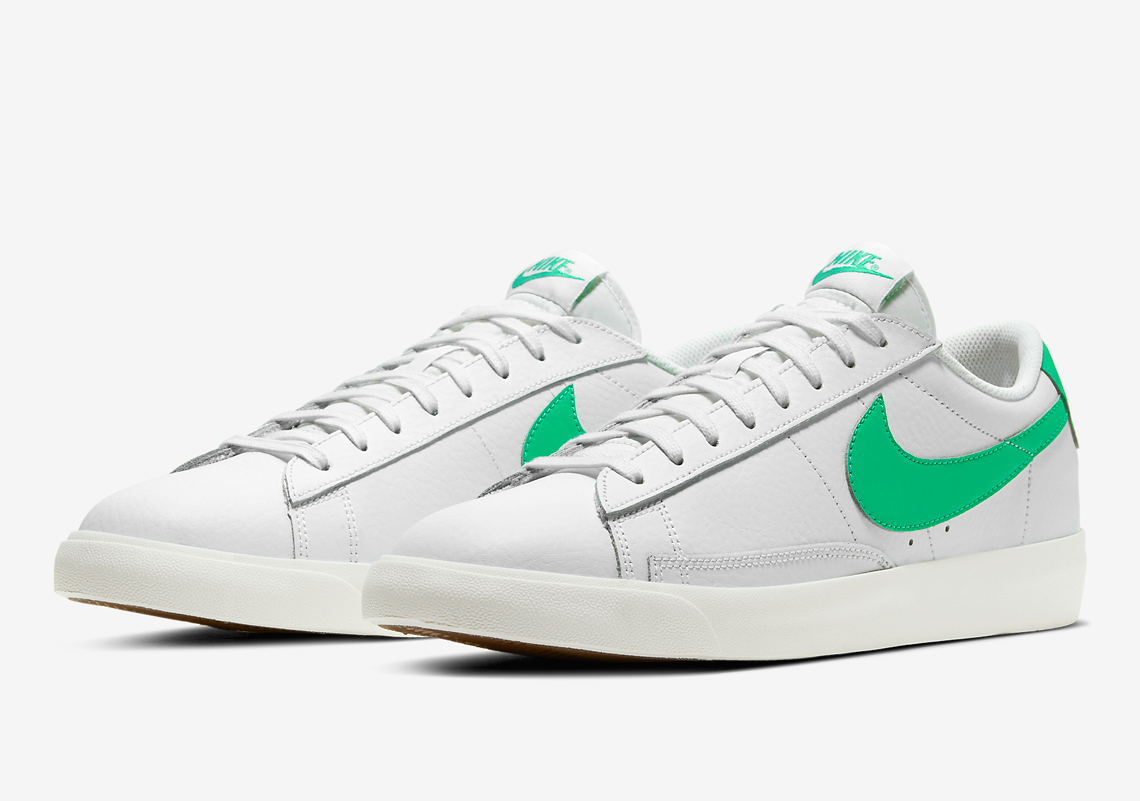 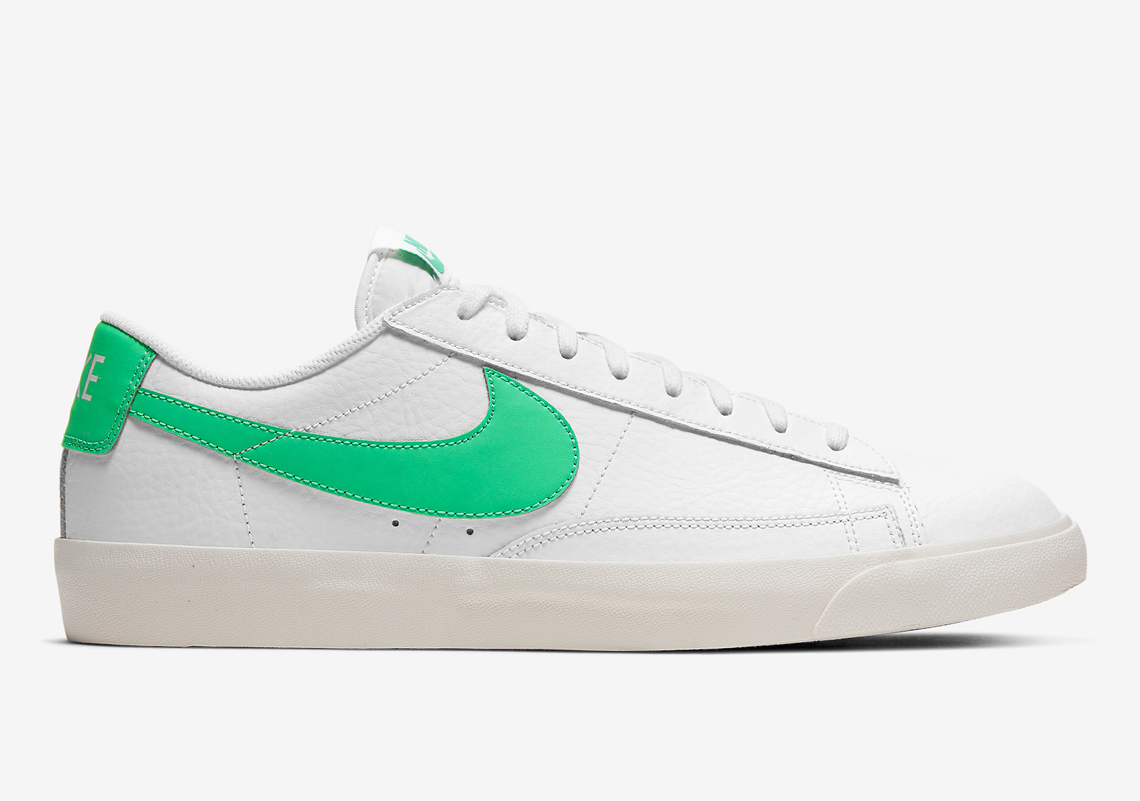 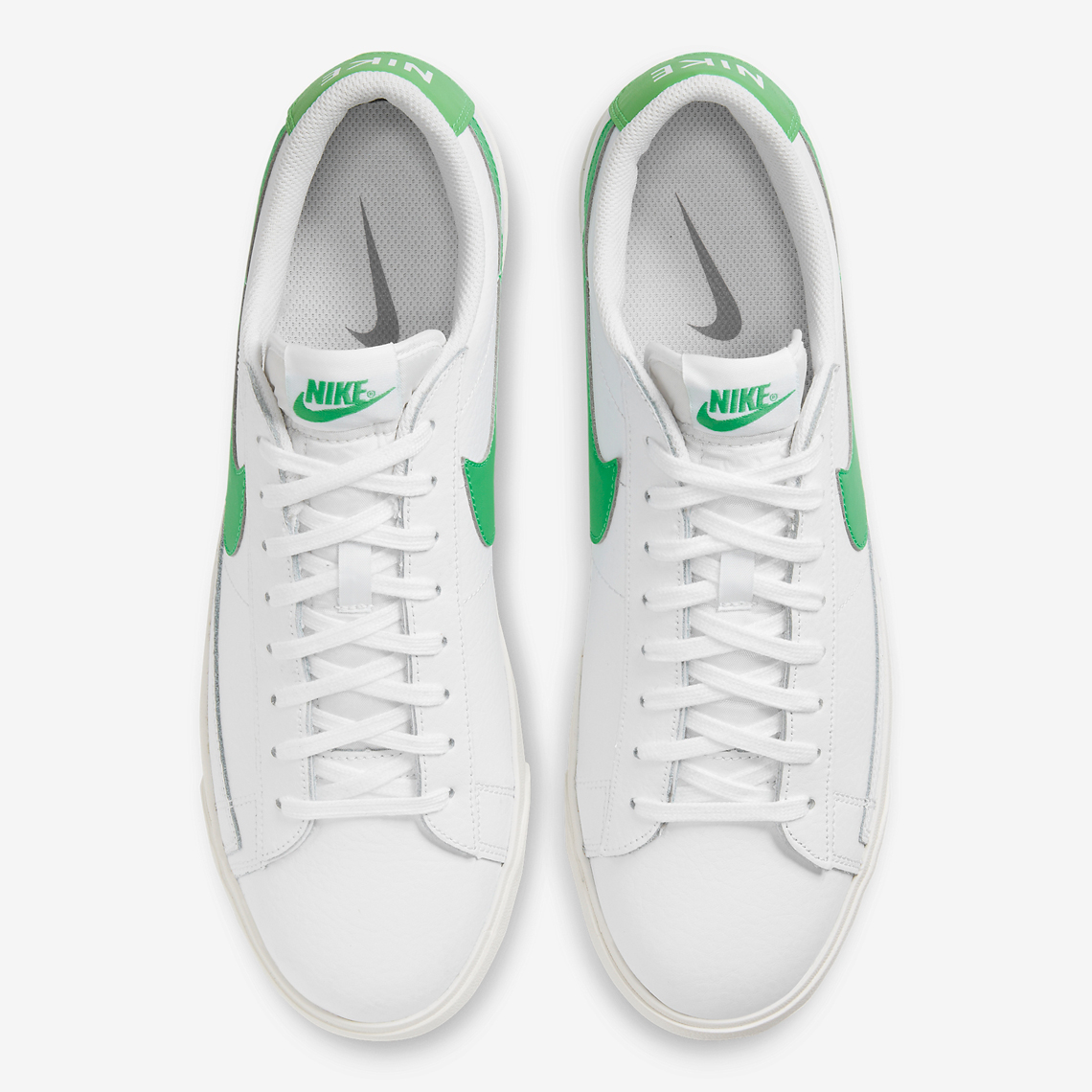 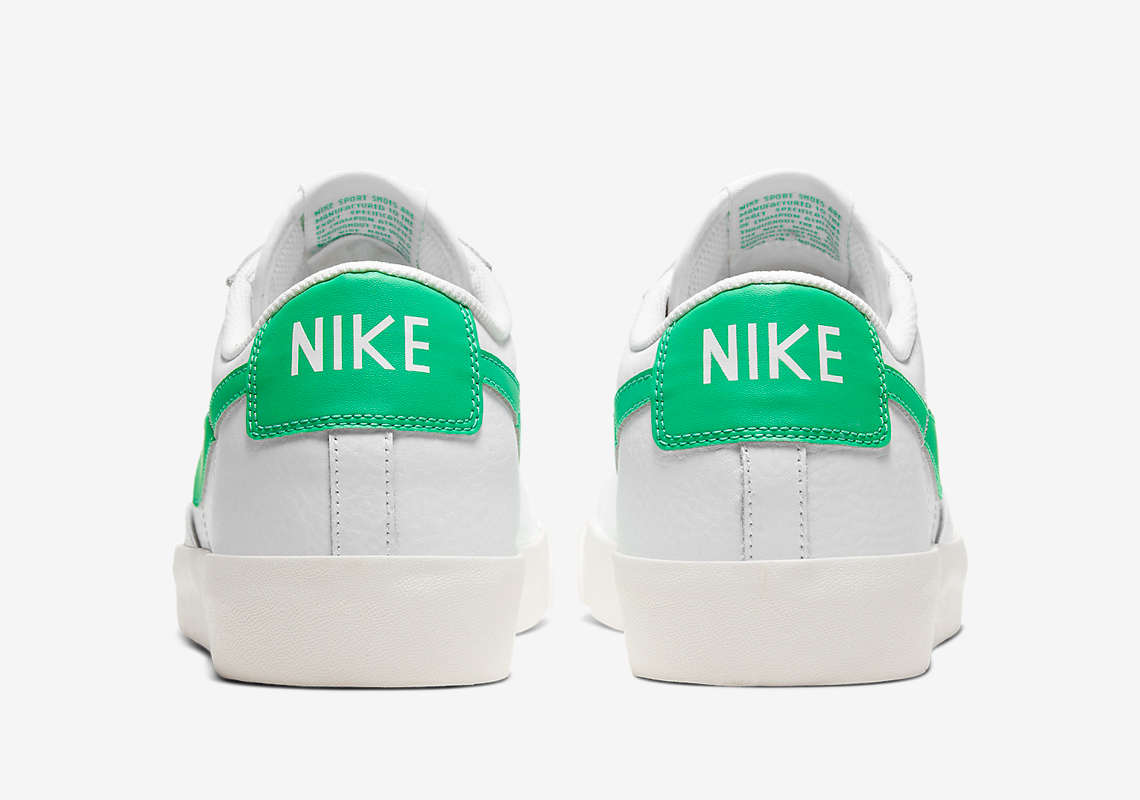 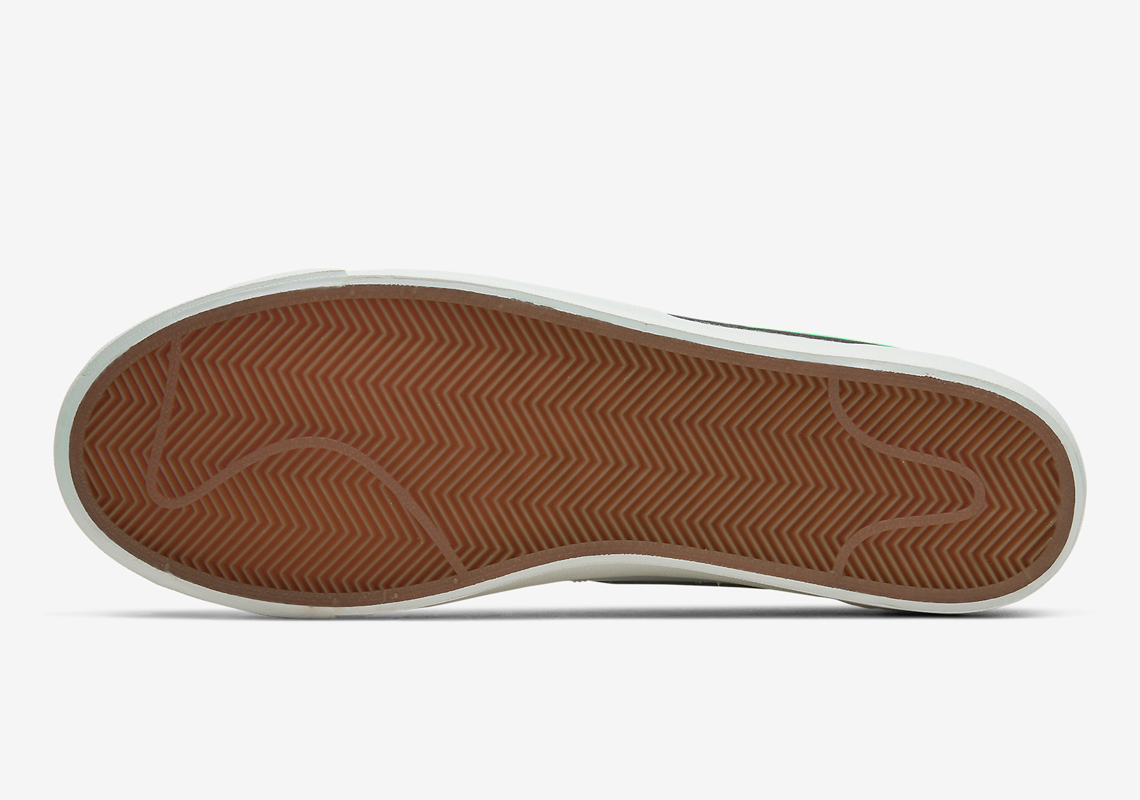