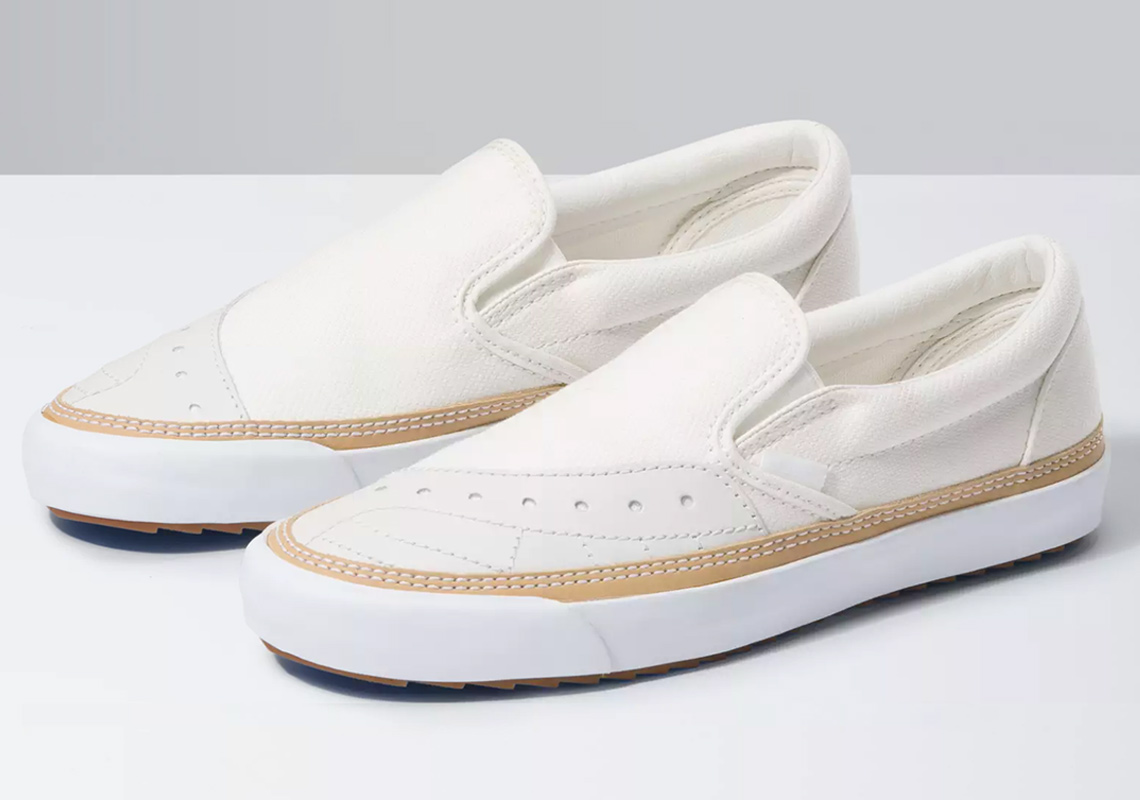 Vans has never been one to shy away from the avant-garde, but usually when they mix together silhouettes, they do it with a raw finish that has become their signature. Now, however, the Anaheim-based imprint is displaying a surprising sense of moderation as they fuse elements from the Sk8 Mid — an element playfully dubbed here as the Sk8 QTR — unto the base of a relatively ordinary Slip-On. The latter, acting as the base, is primarily unobstructed by extra pieces — its canvas a smoothened white with the attached elastic even dressing in complement. The tooling, though, navigates towards an aesthetic ostensibly goodyear welted, a technique employed frequently on some of the best leather footwear in the world; as such, leather strips accent in place of the fox, separating from the neutral midsole walls and the somewhat matching gum ripple sole. Moreover, the toe box features the most deconstructive embellishment: a piece of the aforementioned silhouette’s higher side panels. Grab a detailed look at these here and find the available right now at Vans.com. 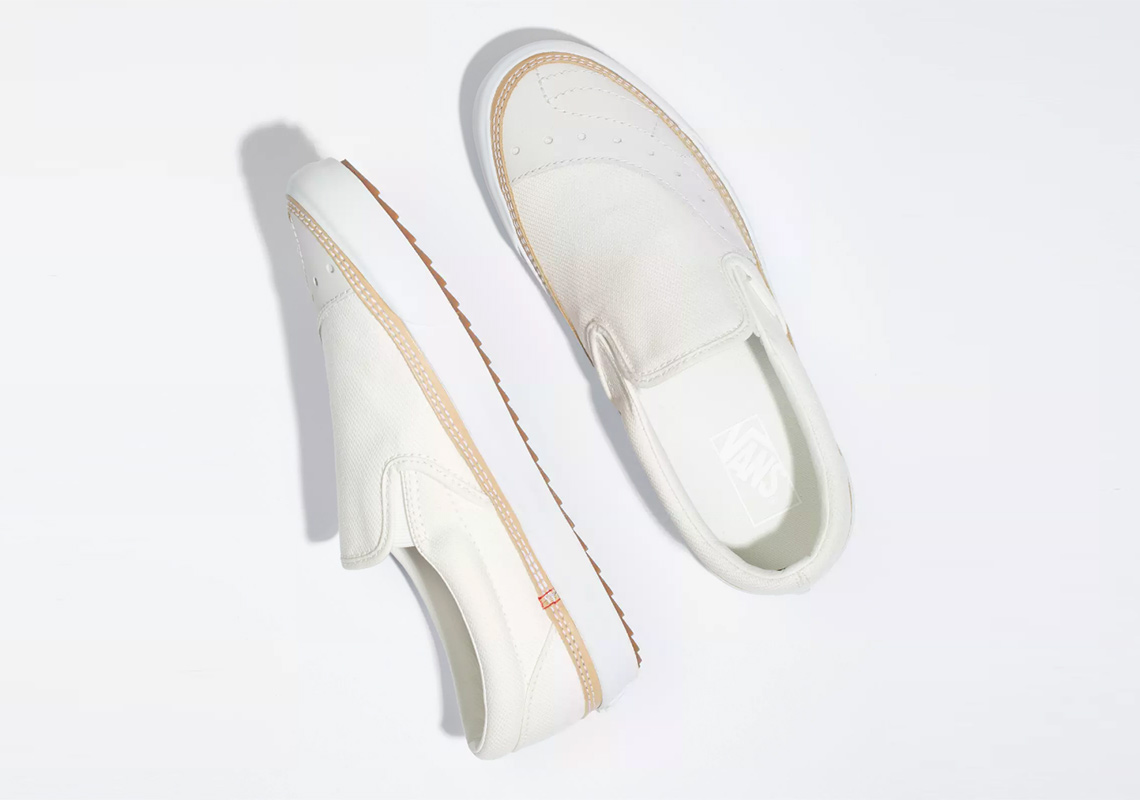 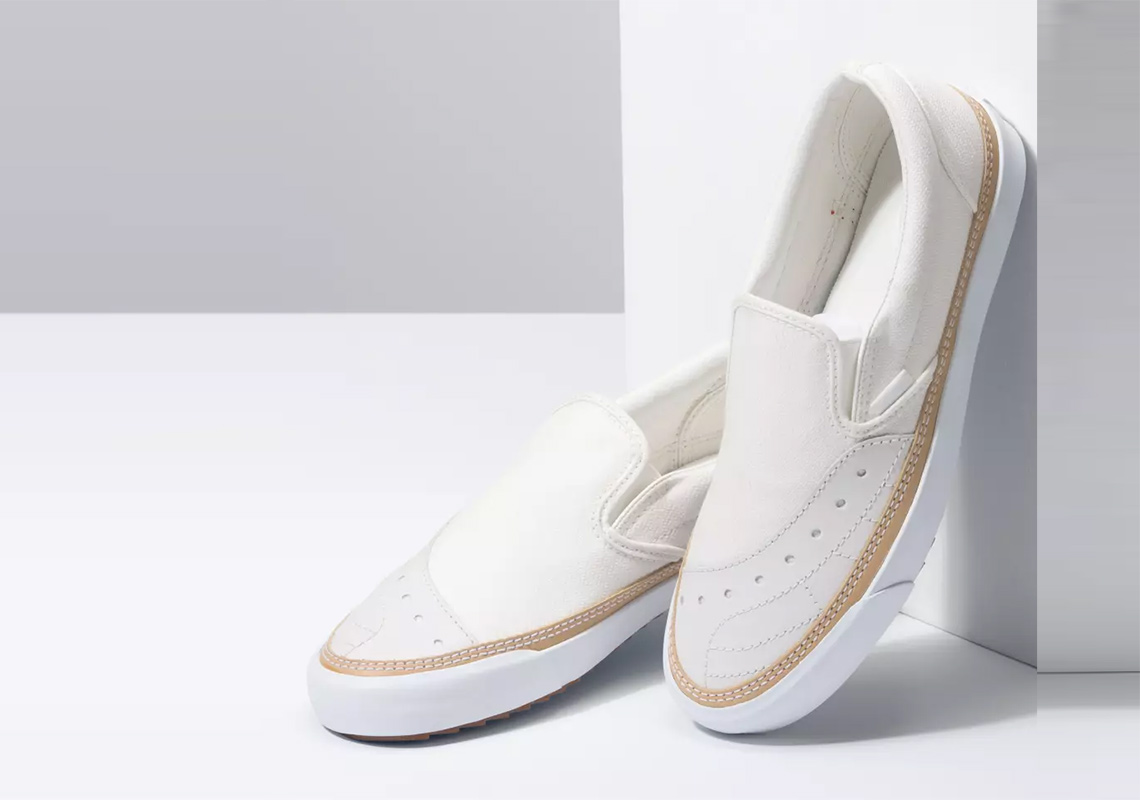 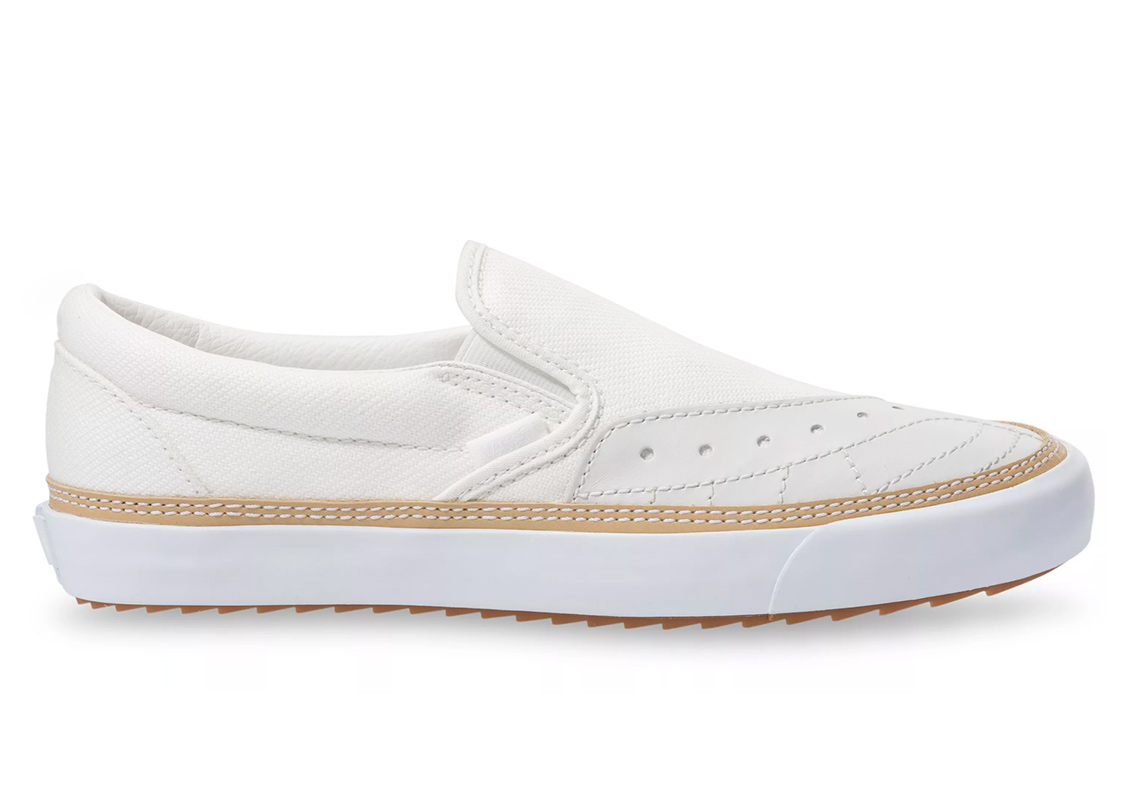 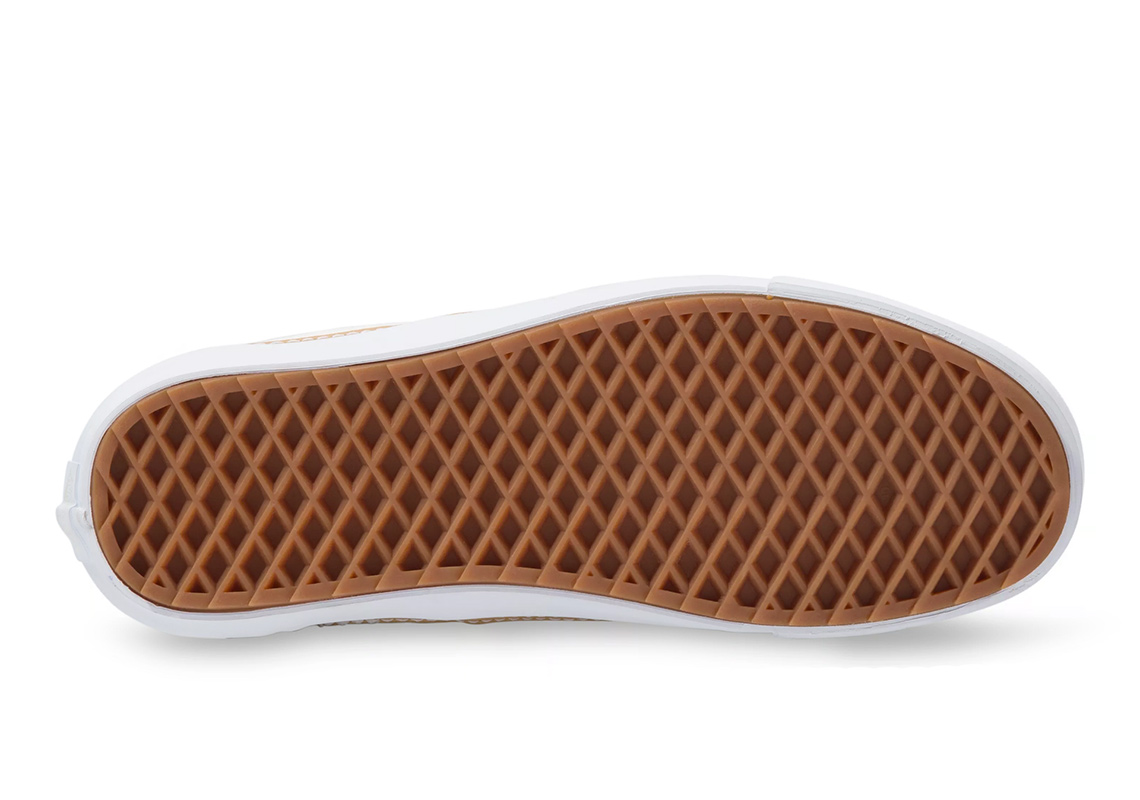