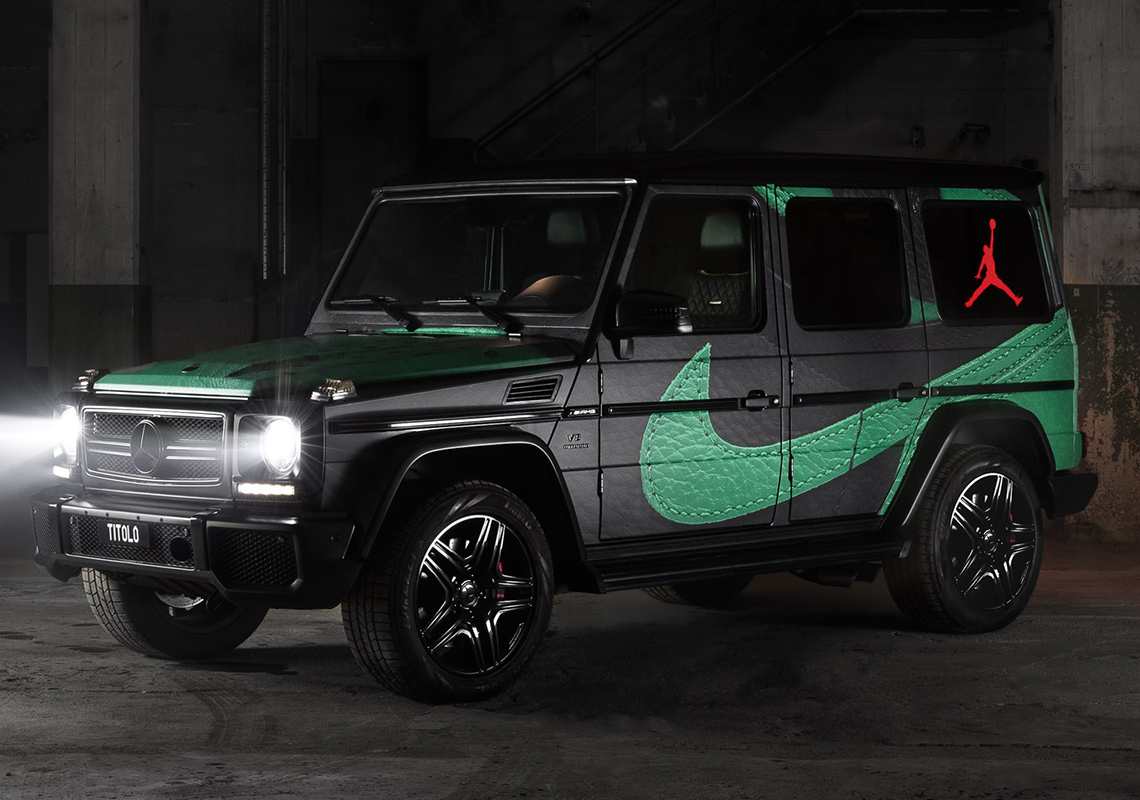 Throughout the past few months, the bridge between cars and sneakers has gradually gotten smaller and smaller — the former often taking part in some of the biggest sneaker releases of the year. Though All-Star had a small part to play via tank-sized trucks, it looks we’re getting another genre bending celebration via the coveted Mercedes G-Class as it takes the form of the forthcoming Air Jordan 1 “Pine Green.” A near shot-for-shot recreation, the design literally sublimates onto doors, hoods, and all of the above, with the trunk opening up to a wall of Jordan Brand boxes. Clad in black and green, the sides take on the swoosh replete with pebbling and all, while heel wraps and counters mark fully along the build’s end with the front mirroring that of the silhouette’s forefoot. Created by retailer Titolo specifically for the colorway’s launch, the custom will be driving around their Switzerland home base, allowing a lucky few to not only feast their eyes but also enter the raffle via the QR code stamped on the spare wheel cover. Grab a peek at what will be hitting the streets here and be ready for the AJ1 Pine Green to drop on February 29th. 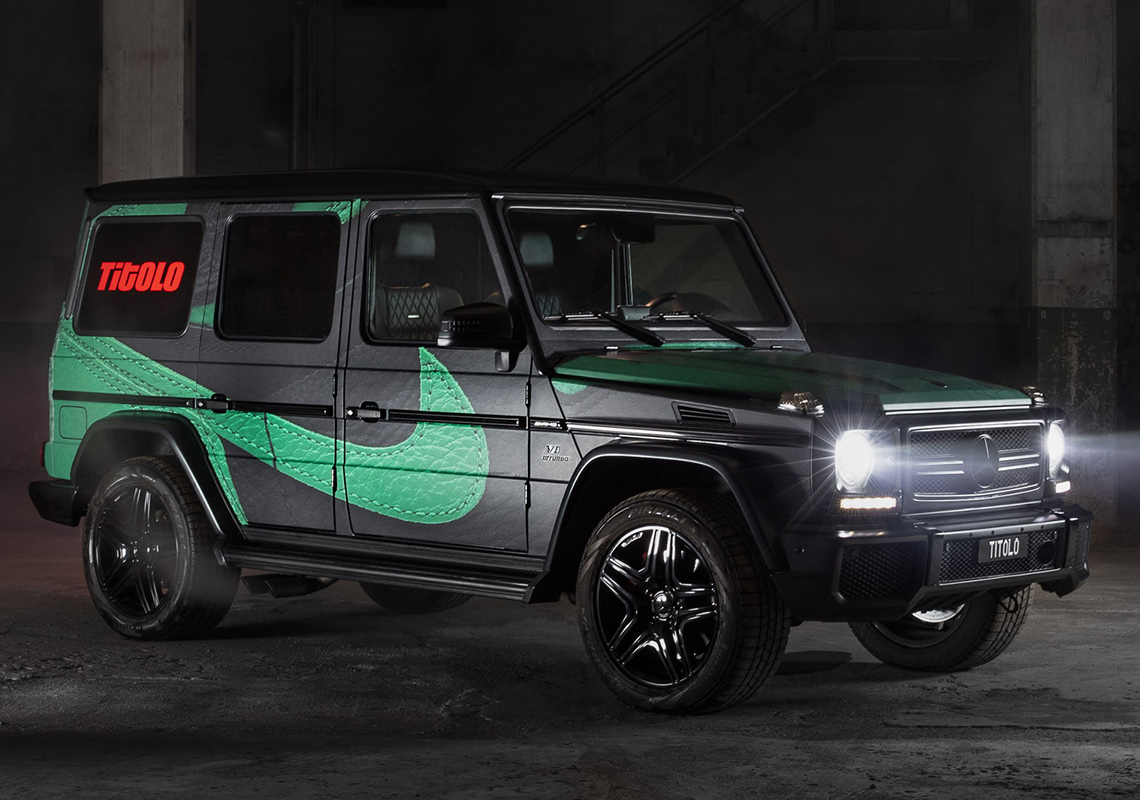 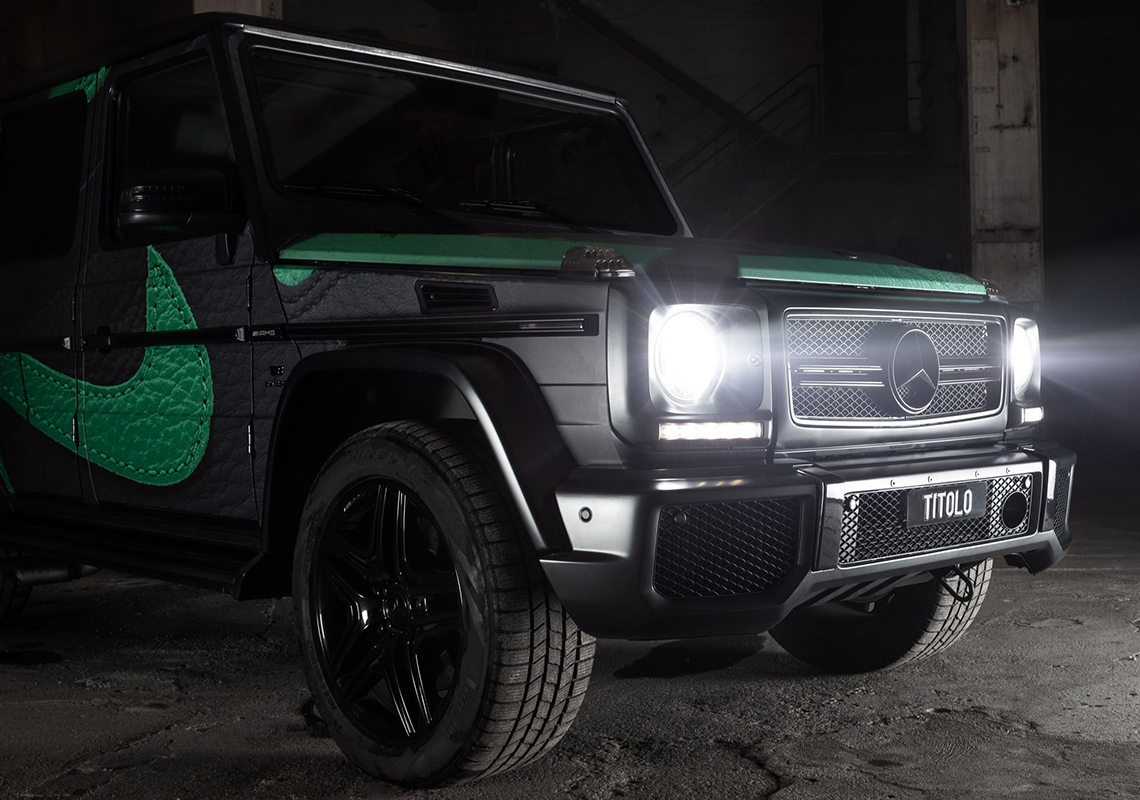 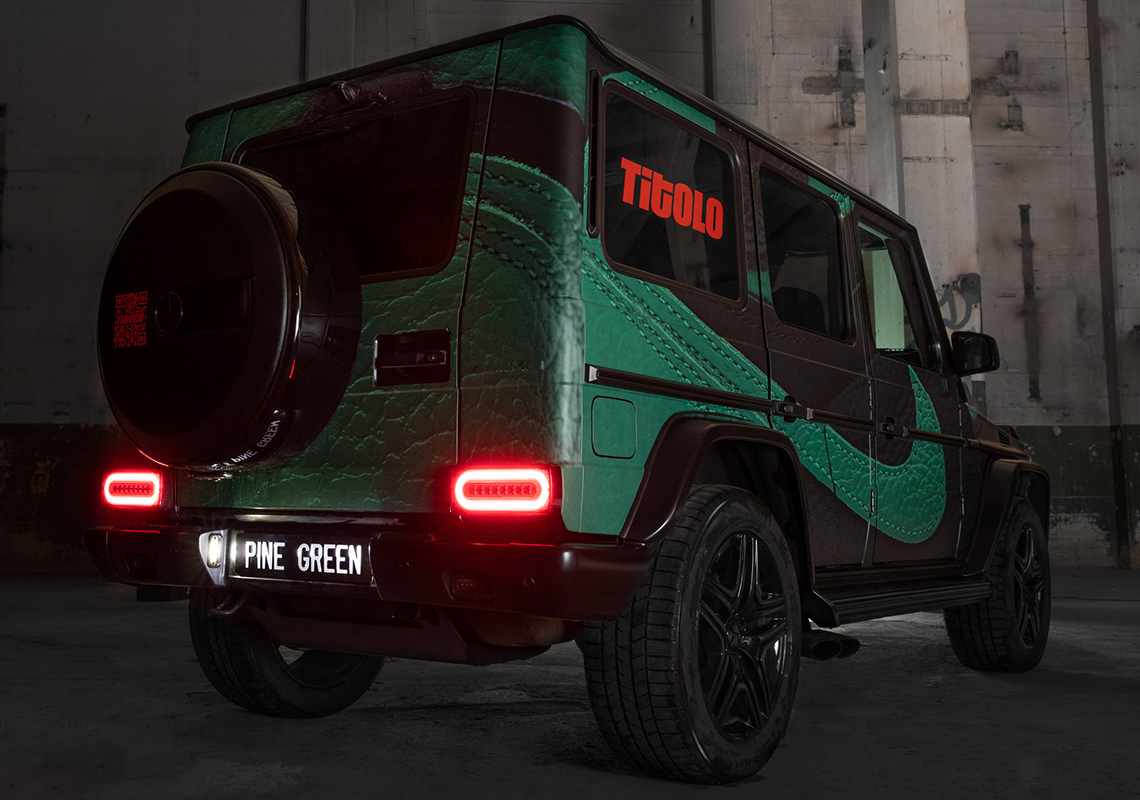 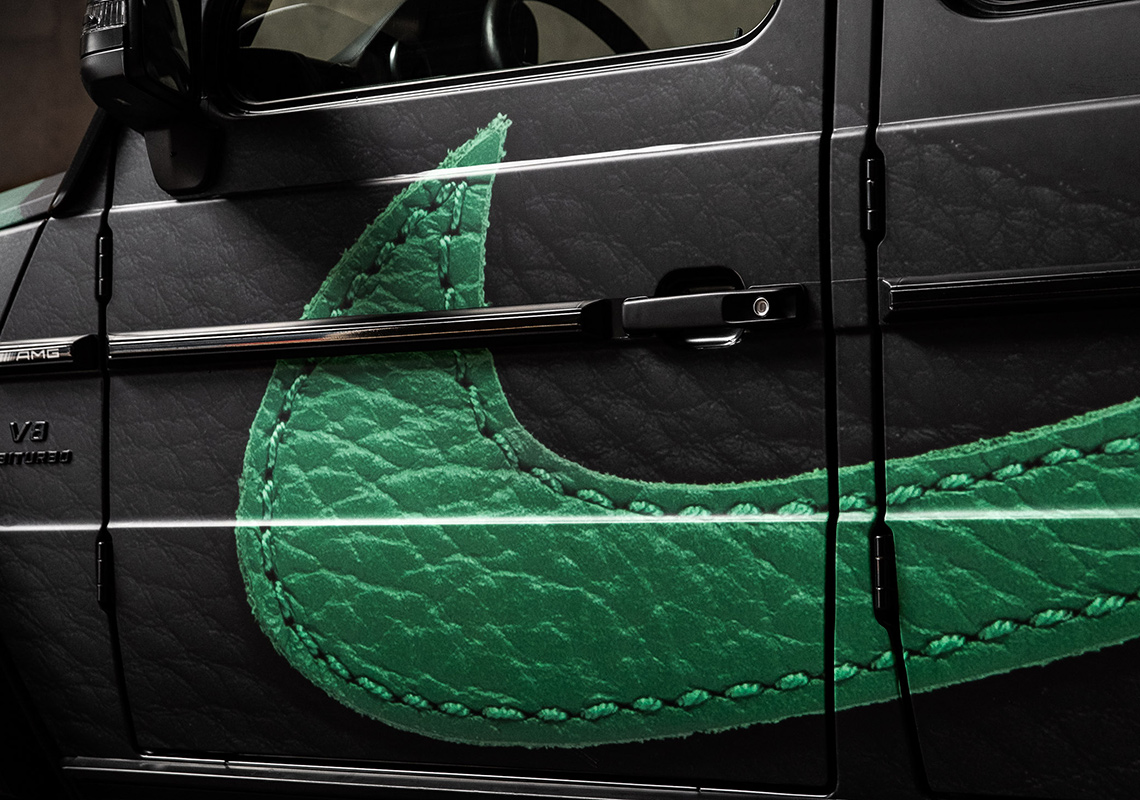 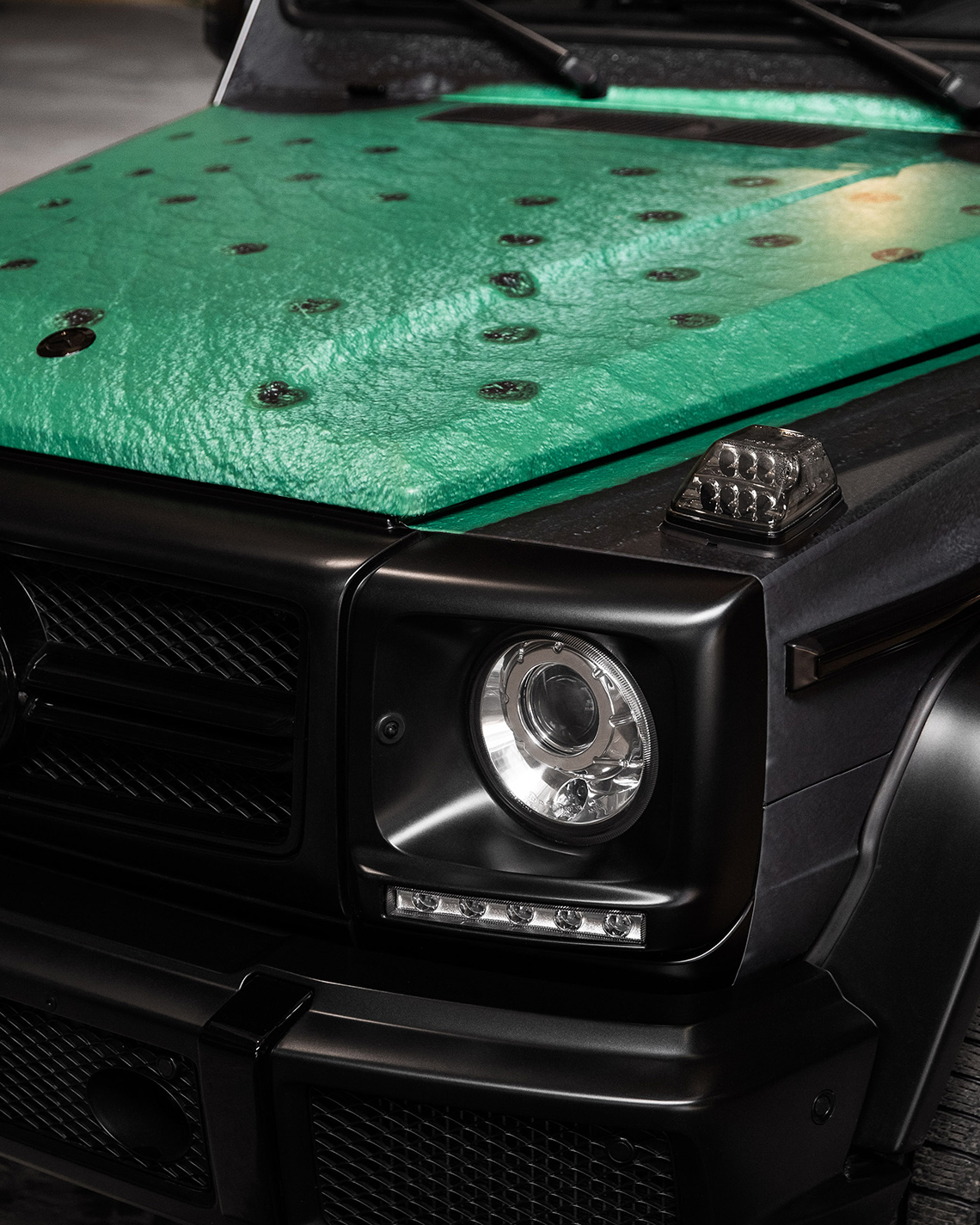 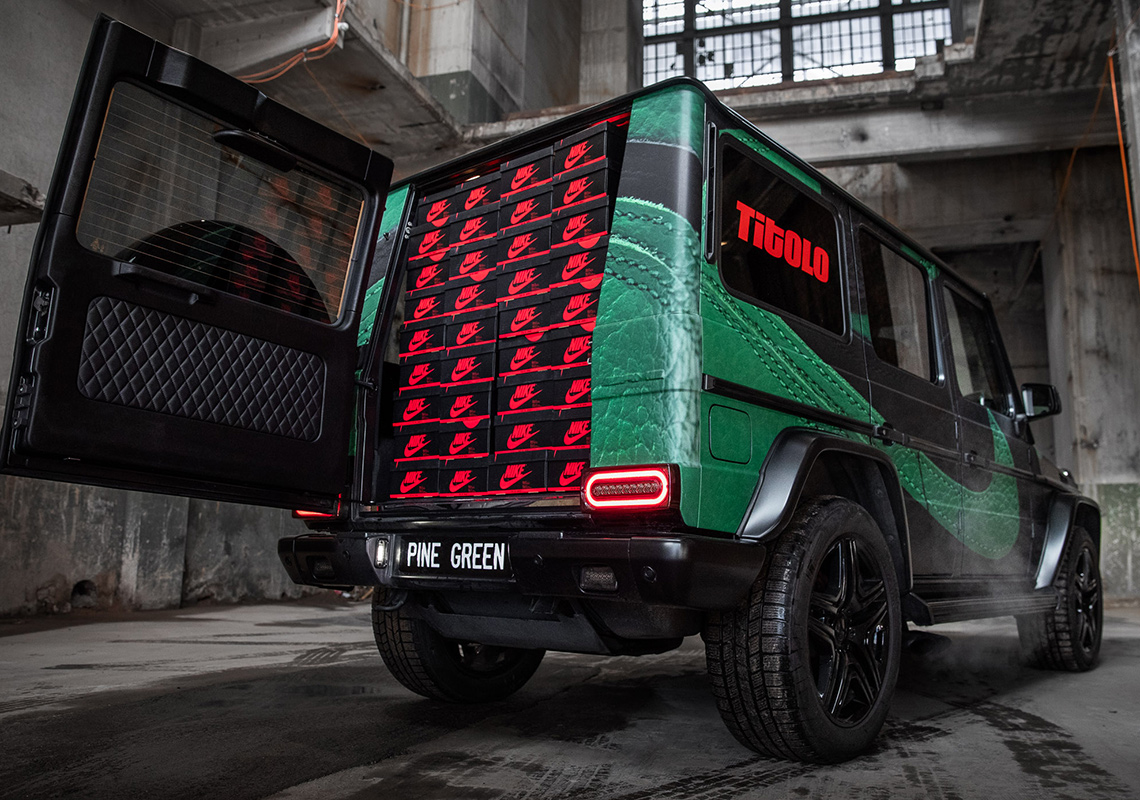 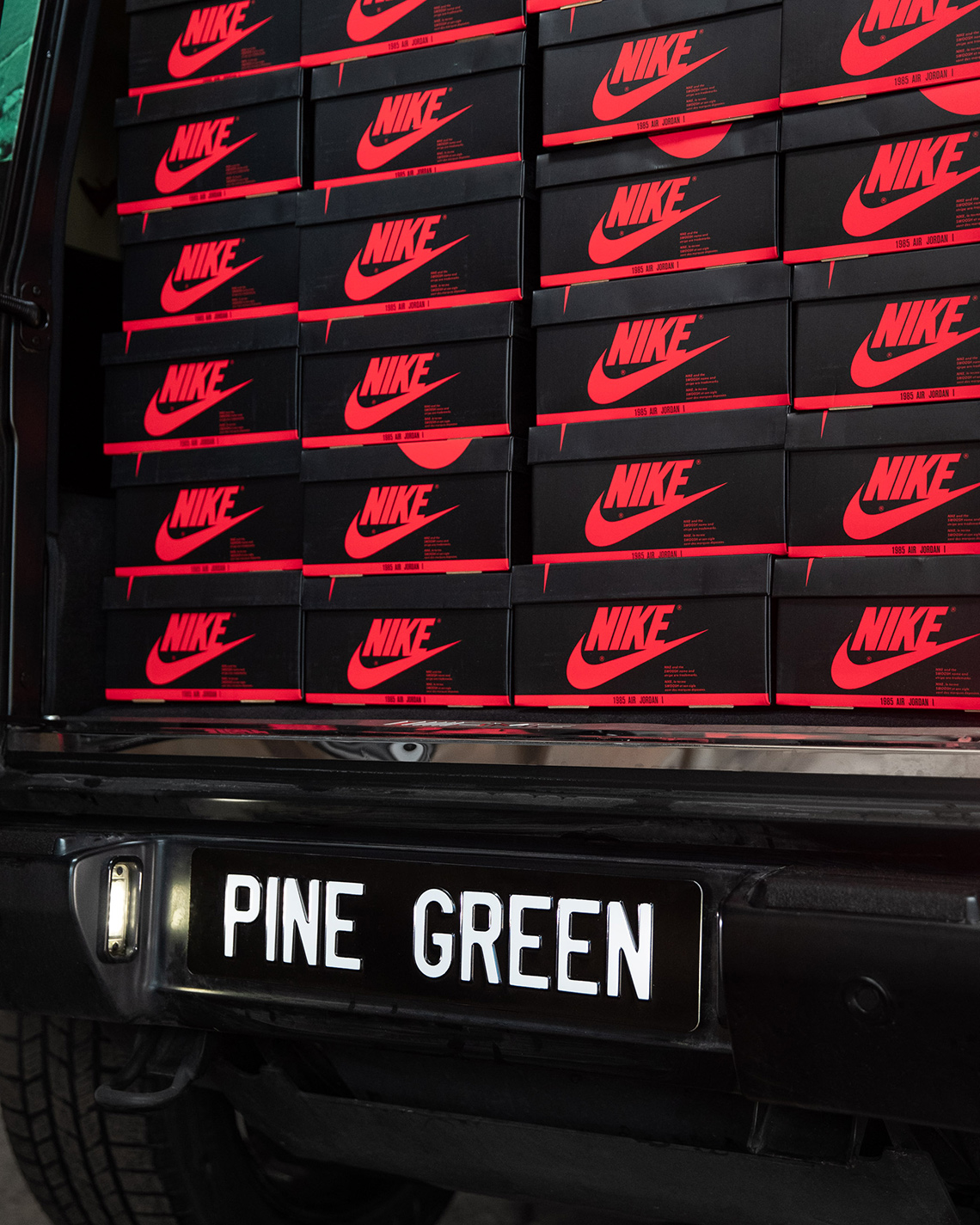 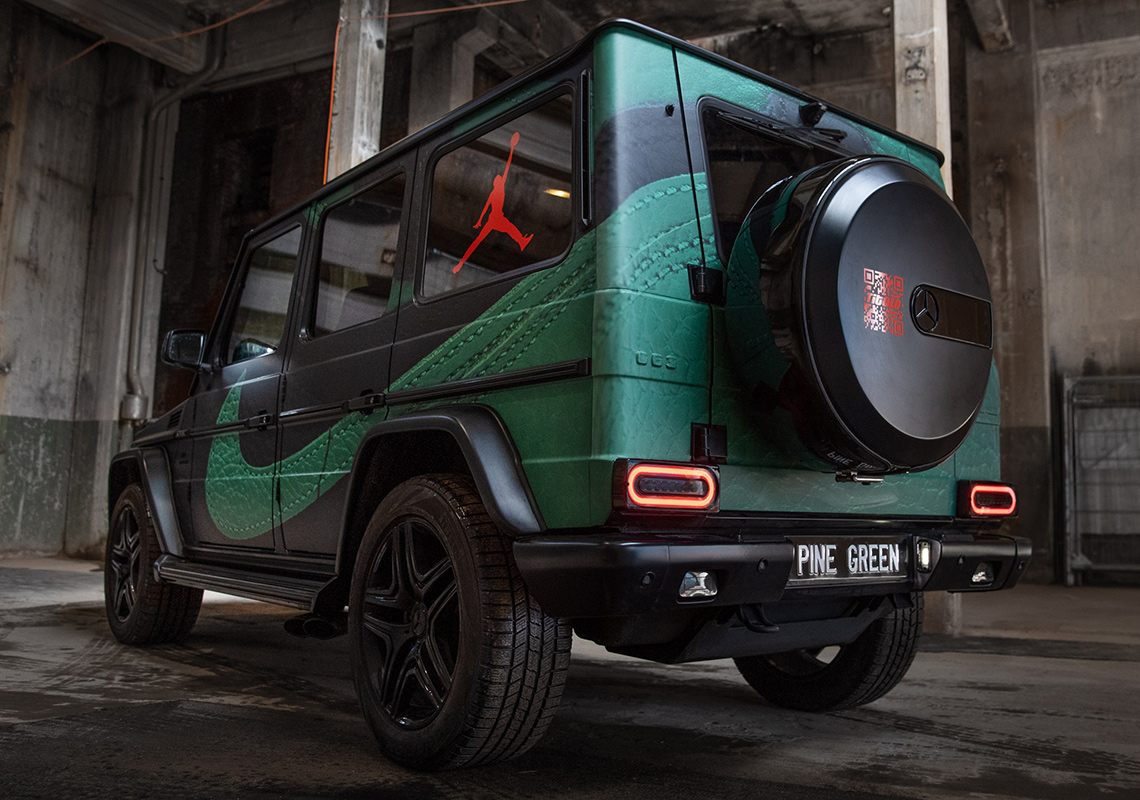