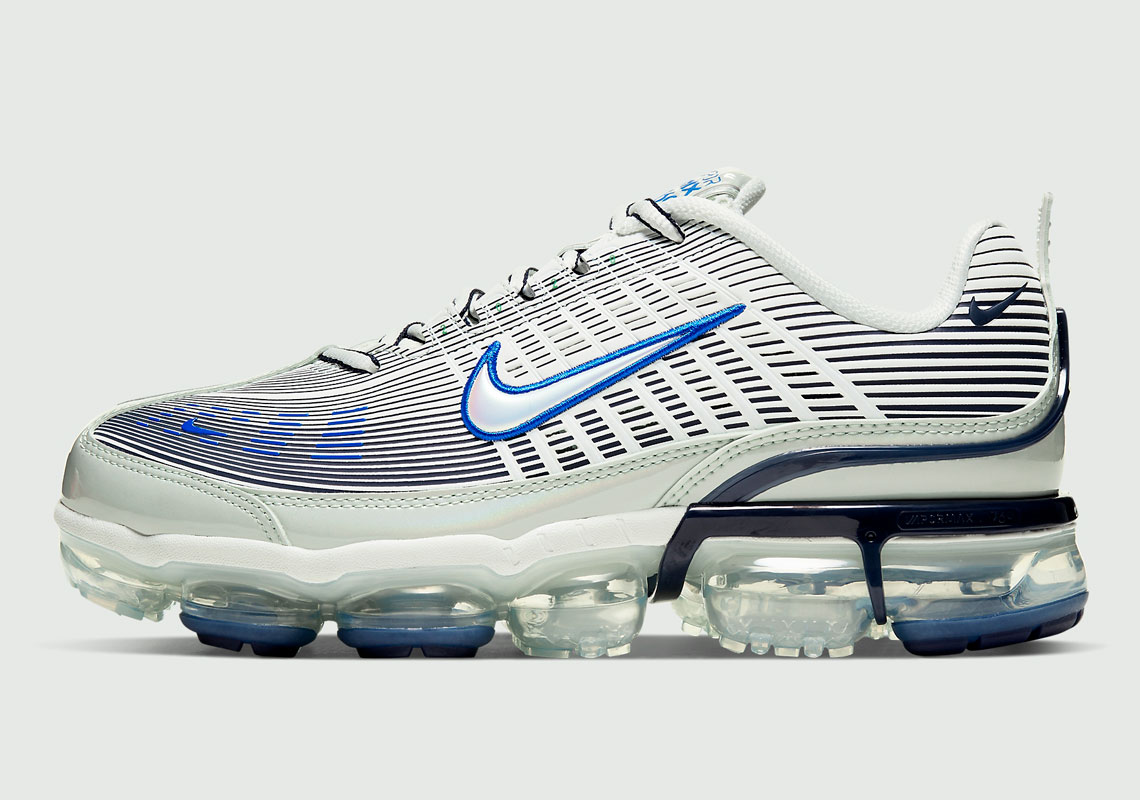 Launched at the end of January 2020, the VaporMax 360 has quietly amassed an impressive roster rooted in both heritage and modern day flair. Its latest release is equal parts Air Max 95 “Crystal Blue” and Jordan 1 Zoom Racer Blue.

Clad in shades of “Spruce Aura,” uppers on the newest VaporMax silhouette allow their “Racer Blue” and “Obsidian” accents to revel in the spotlight. The former trims the iridescent profile Swooshes and forefoot welded synthetic details; the latter adds visual contrast all throughout, most notably at the rear. Though reimagined, TPU frames wrapping the heel and Air unit nod to the original Air Max 360 from 2006. These structures are overlaid atop semi-glossy, light grey panels. The midsole’s foam component and its accompanying lug-like cushioning opt-in for a similar colorless aesthetic, which is interrupted by light navy rubber at high-wear zones.

Details of an official Nike.com launch are still unknown, but pairs of this VaporMax 360 are now available at resell-platforms for no more than their usual $225 USD price.

Elsewhere under The Swoosh umbrella, the Travis Scott 270 is rumored to launch on April 10th after first being teased in December 2019. 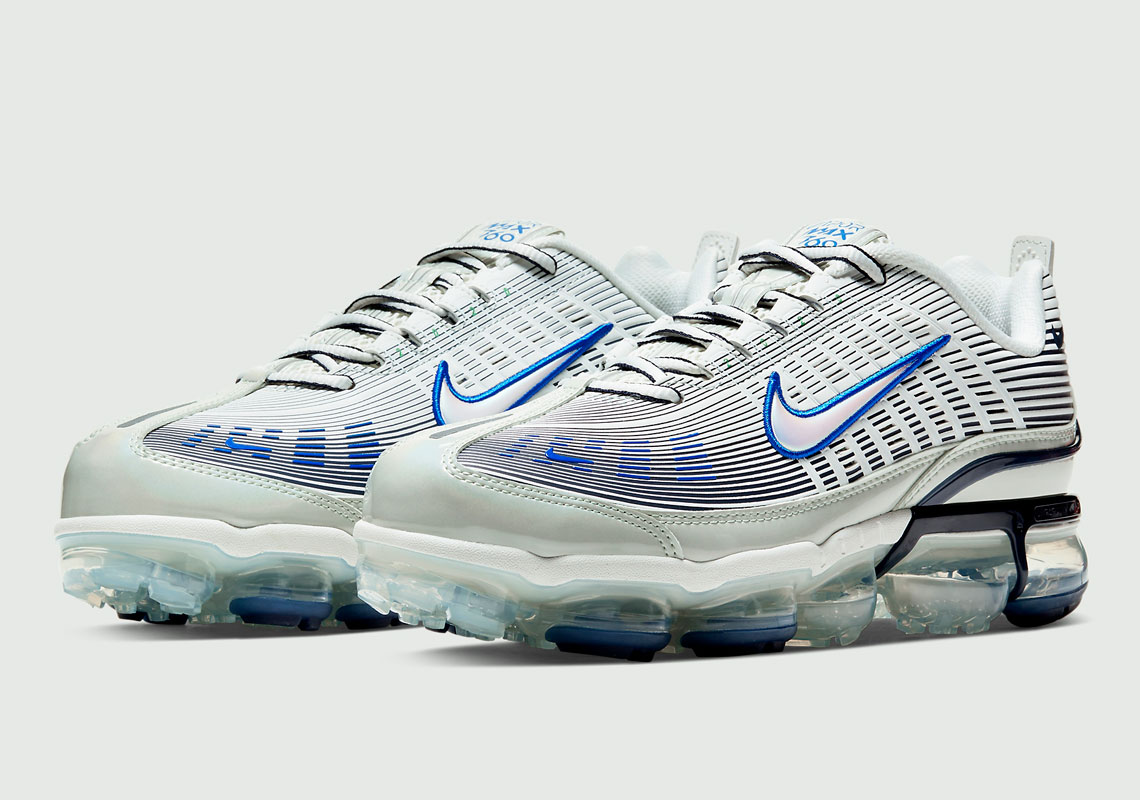 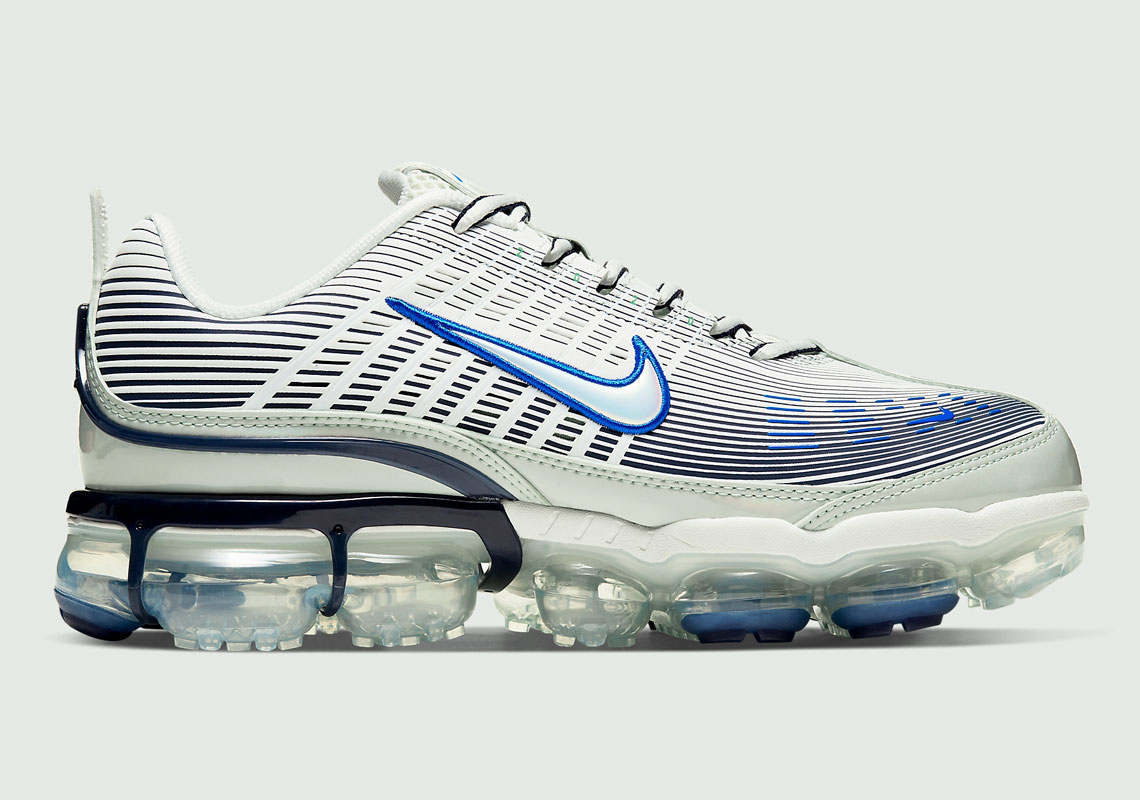 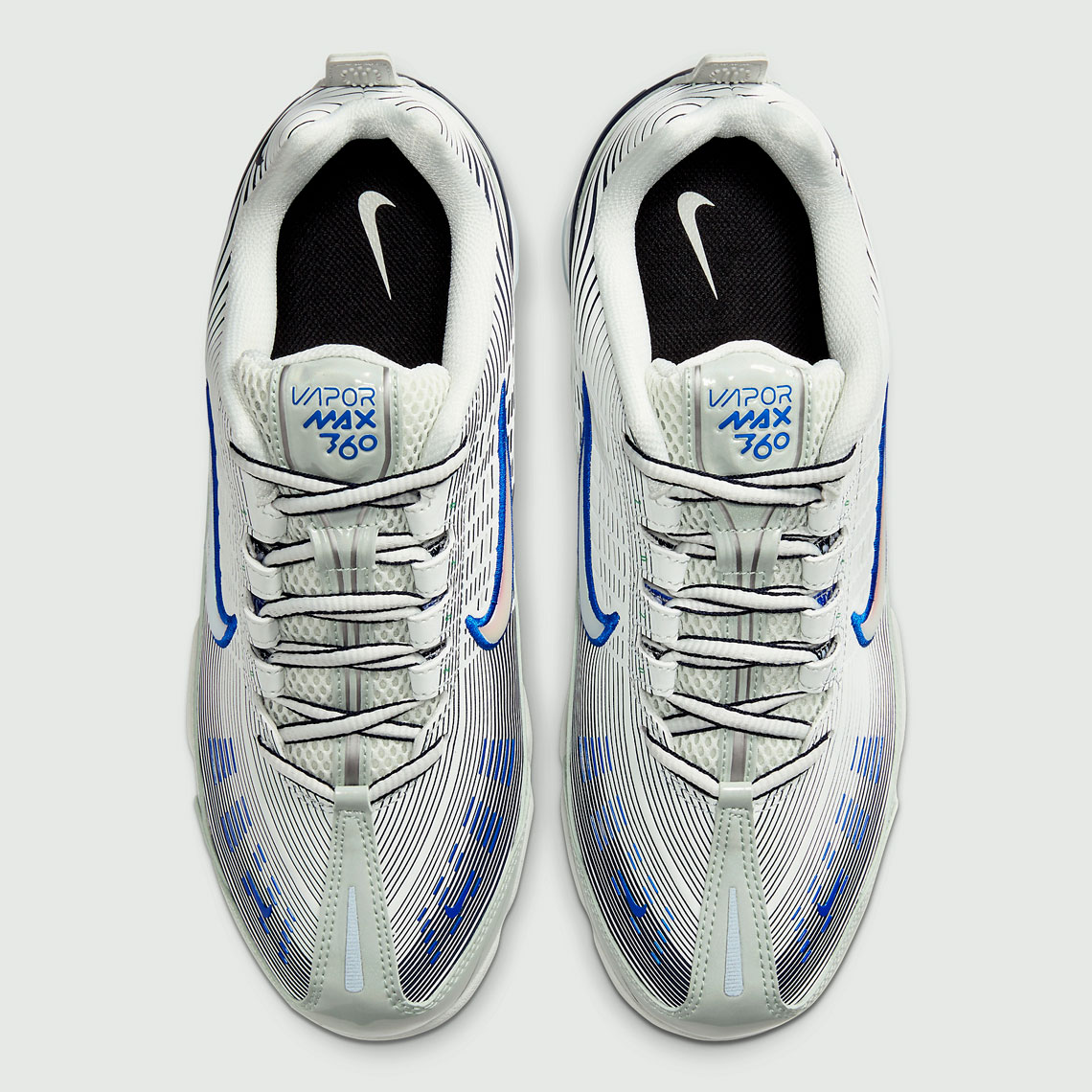 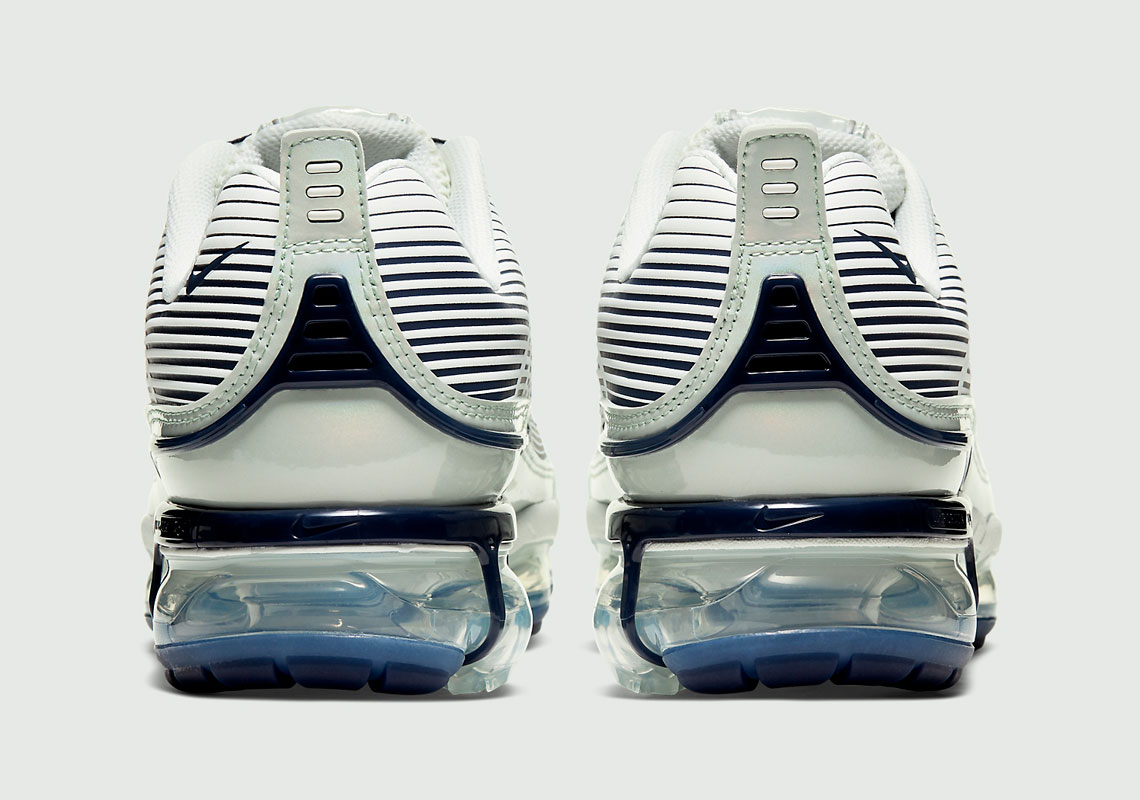 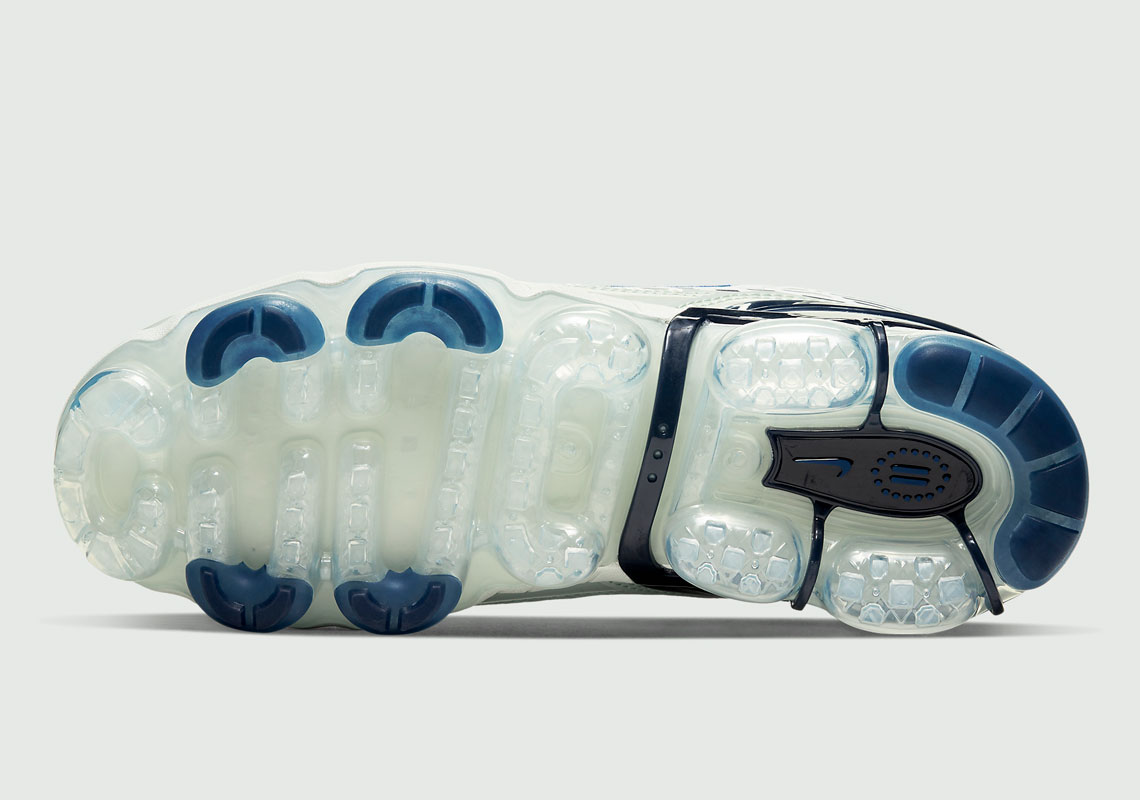