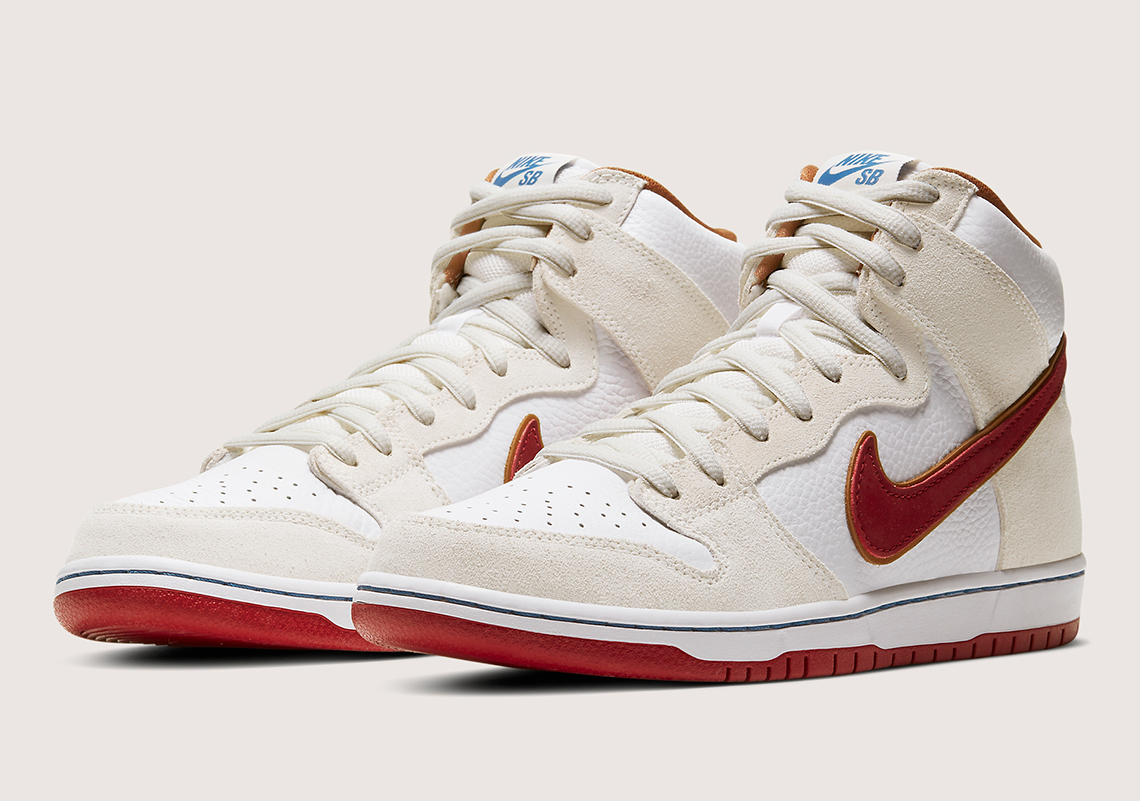 4/20, liquor, tobacco products: no inspiration is off the table for Nike SB. As they continue to pour a round of shots — thanks to their forthcoming Blue Fury and Muslin Dunk Lows — the imprint is also preparing to light up a set of cheap cigars, as they ostensibly pay homage to one of the biggest names in tobacco with this Sail-colored Dunk High. Though unspoken, the inspiration is obvious as they follow up the “Cigar City” from years ago, though instead of coloring to the paper itself, this year’s marks with Bright Crimson in reference to iconic branding. Swooshes bear the bold hue same as the tread, contrasting that of the neutral palette elsewhere; the light tan covers the suede of the overlays as well as the fat laces across the tongue, shading darker than that of the white tumbled leathers that outfit underneath. Grab a solid first look at the pair here and expect to find them among June’s roster of general releases.

In other news, the Nike SB Dunk Mid Griffey is dropping on April 1st. 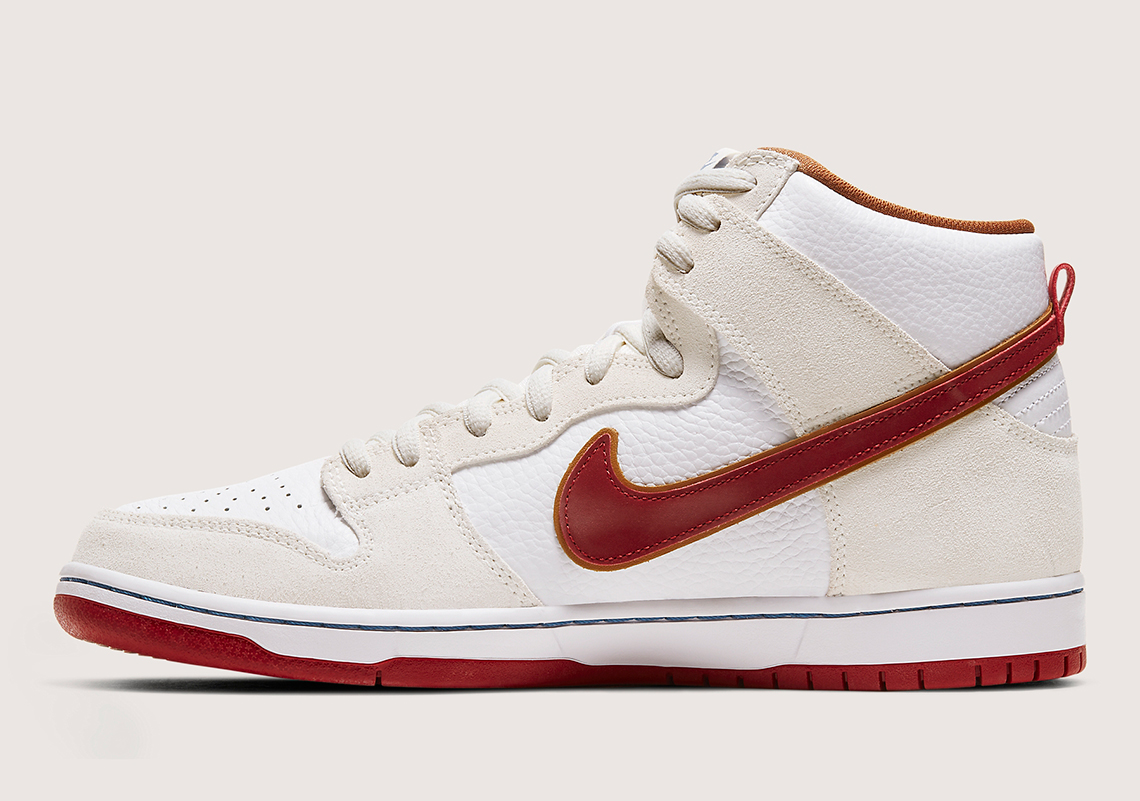 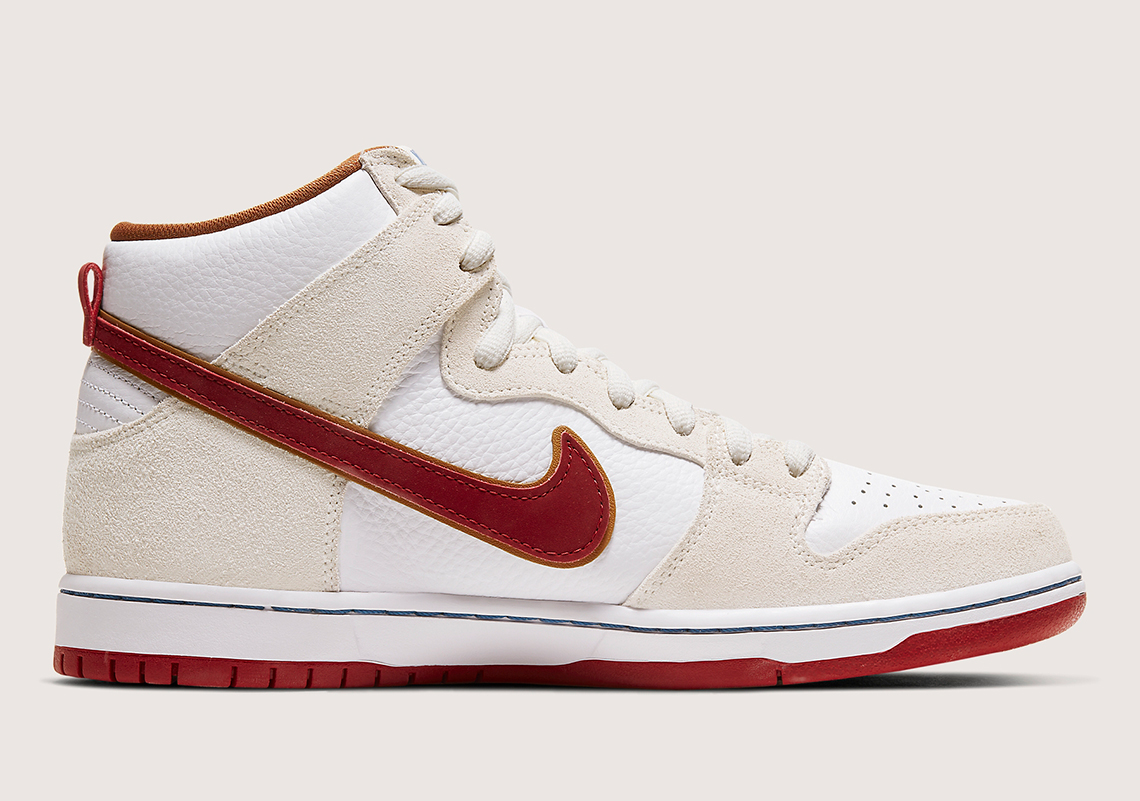 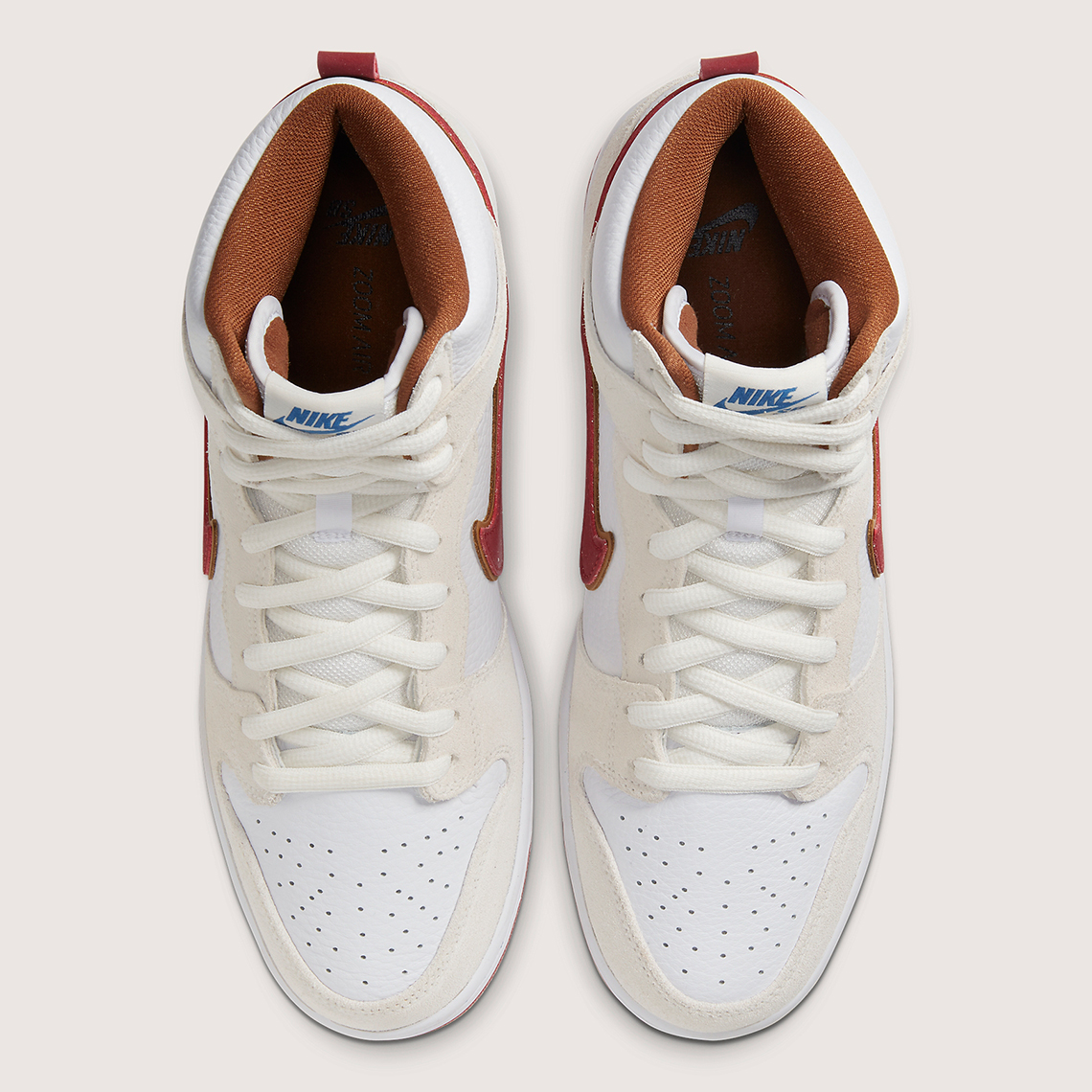 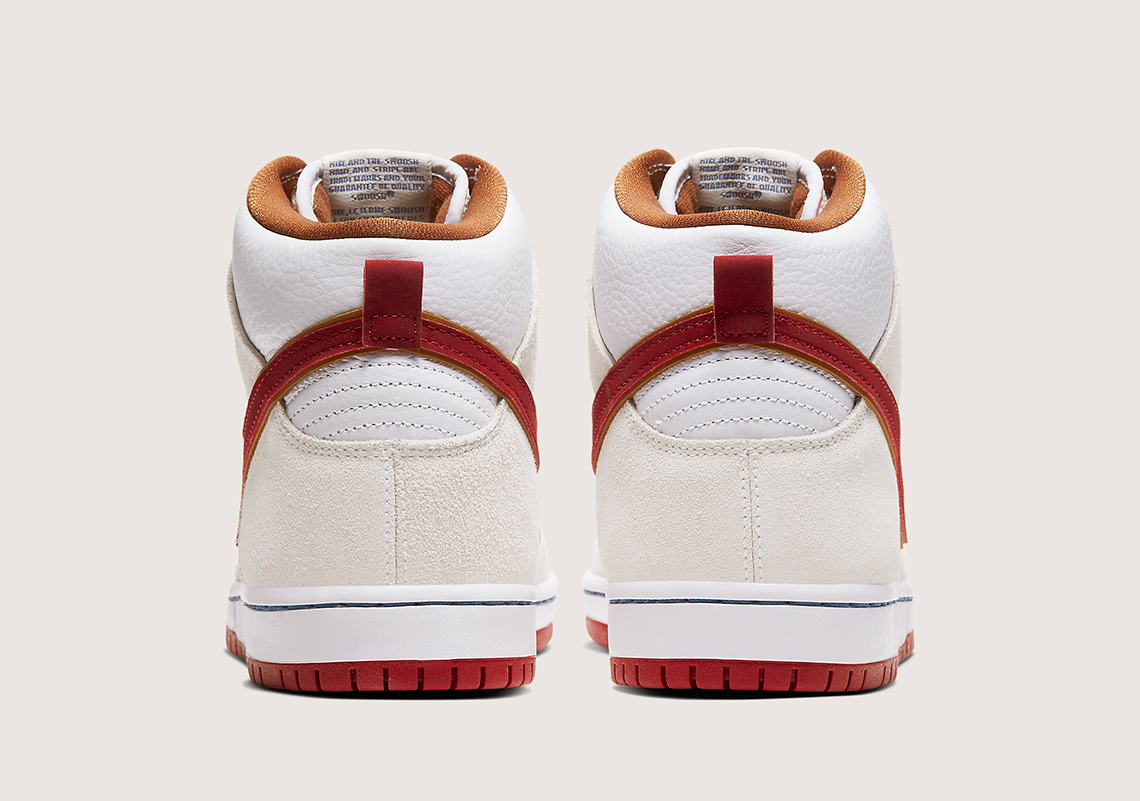 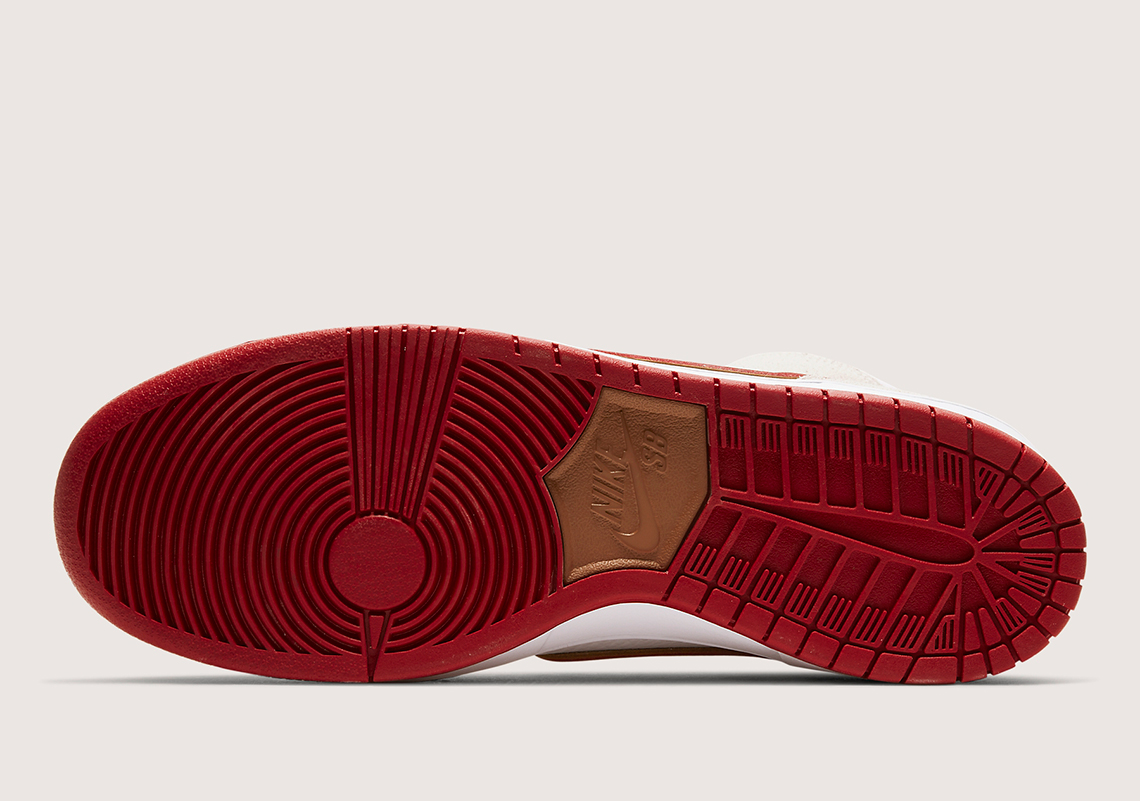