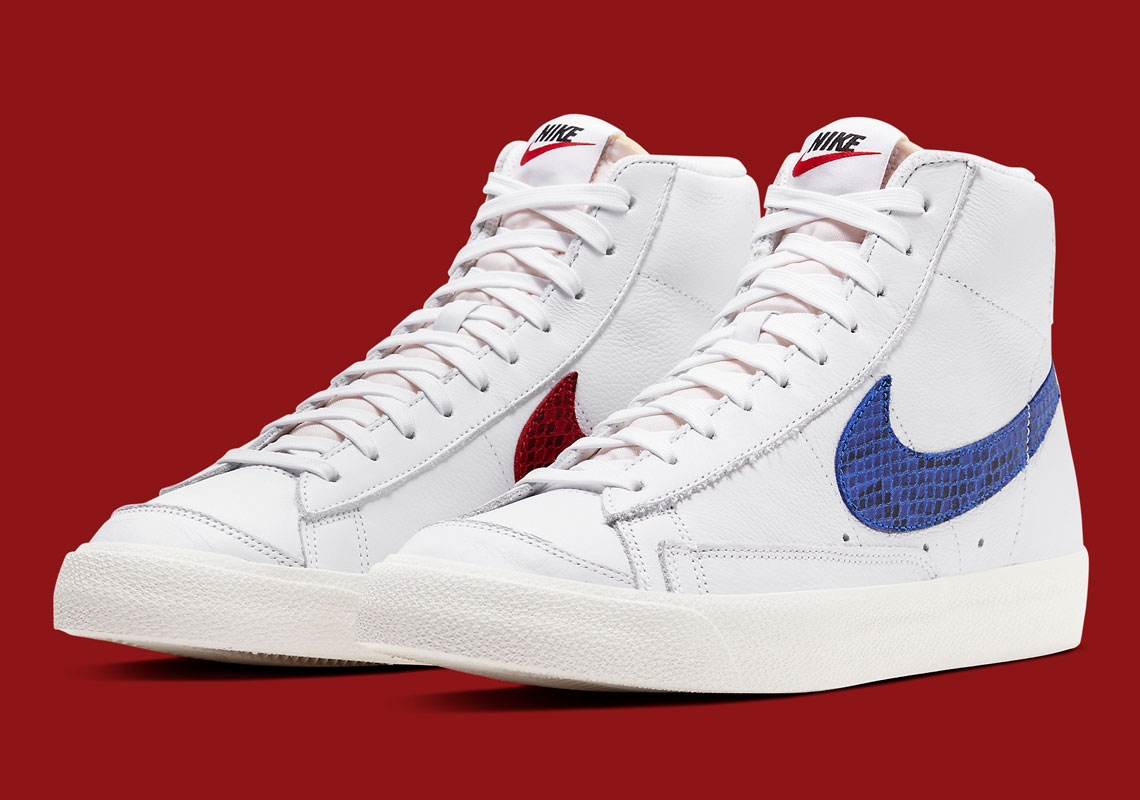 Taking a short break from its recent slew of Nike SB iterations, the Blazer Mid has emerged with alternate snakeskin Swooshes.

Akin to a previously-surfaced Blazer Mid 77 Sketch, the latest mid-height Blazer features a colorless base. Reinforcement at the toe and lateral forefoot forgo their ’70s suede and light grey composition in favor of white leather. Down below, the pristine scheme spills onto the rubber midsole and outsole, though vintage treatment proffers an old-school look. As has become customary of the model, specifically the lifestyle-oriented Blazer Low, visual contrast arrives at the branding. Exposed foam tongues keep their of-the-era labels, just as heel panels boast standard black “NIKE” text. Sidewalls, however, are adorned with rich blue and red Swooshes – the former seen on lateral sides, while the latter on the medial. Upping the flair, these iconic logos don a reptilian finish that adds black scales into the mix.

This Blazer Mid 77 is arriving on Nike.com on June 1st, so until then, enjoy official images below here below.

Elsewhere under the NIKE, Inc. umbrella, Converse and CDG PLAY are dropping a Spring-friendly collection of the Chuck 70 in all heights. 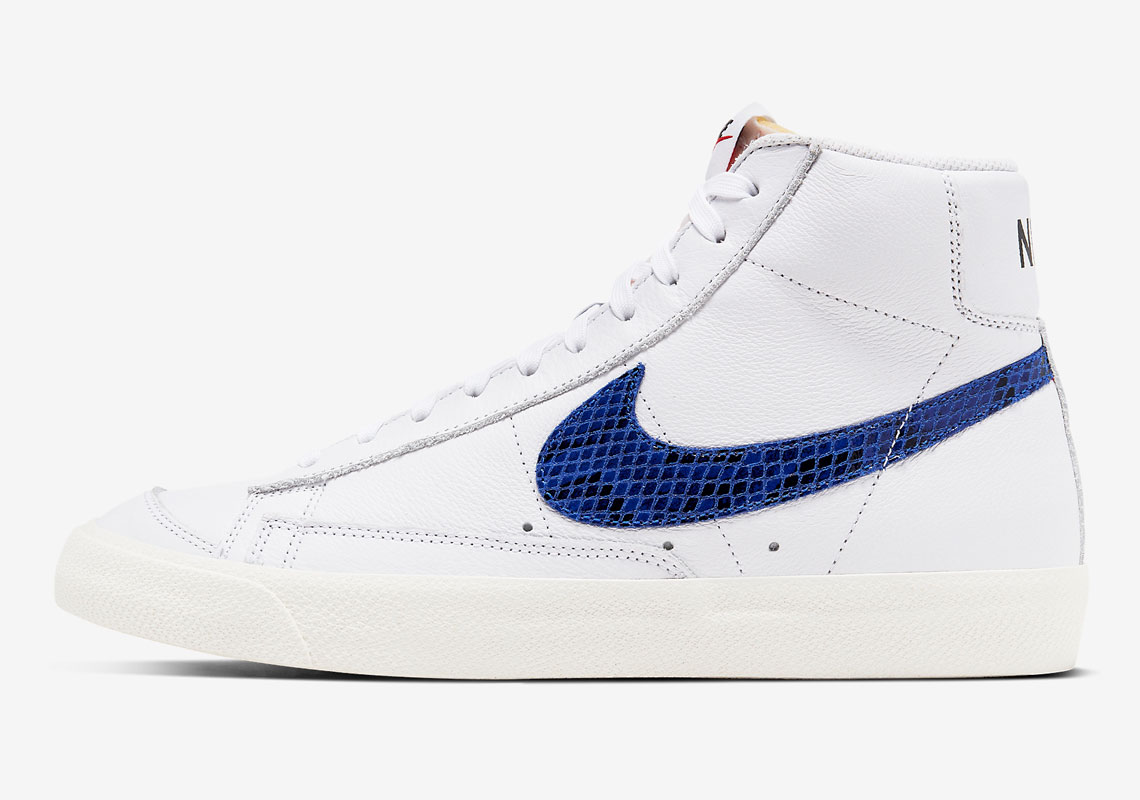 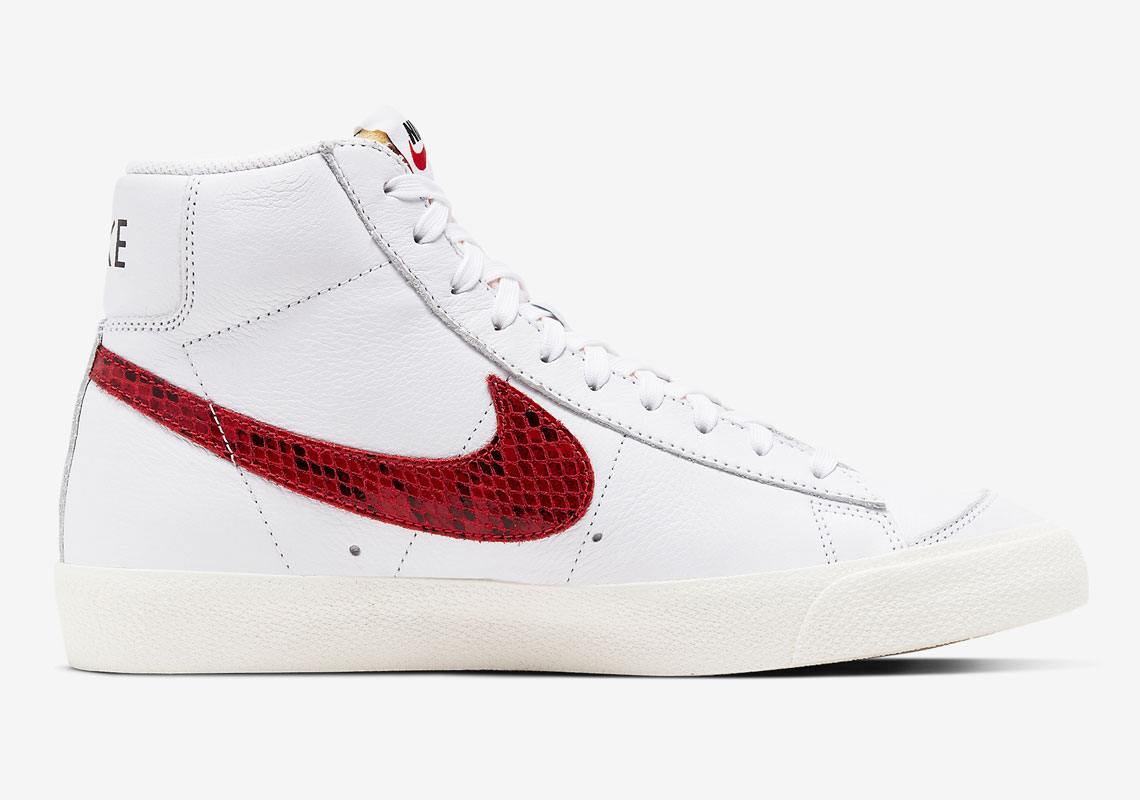 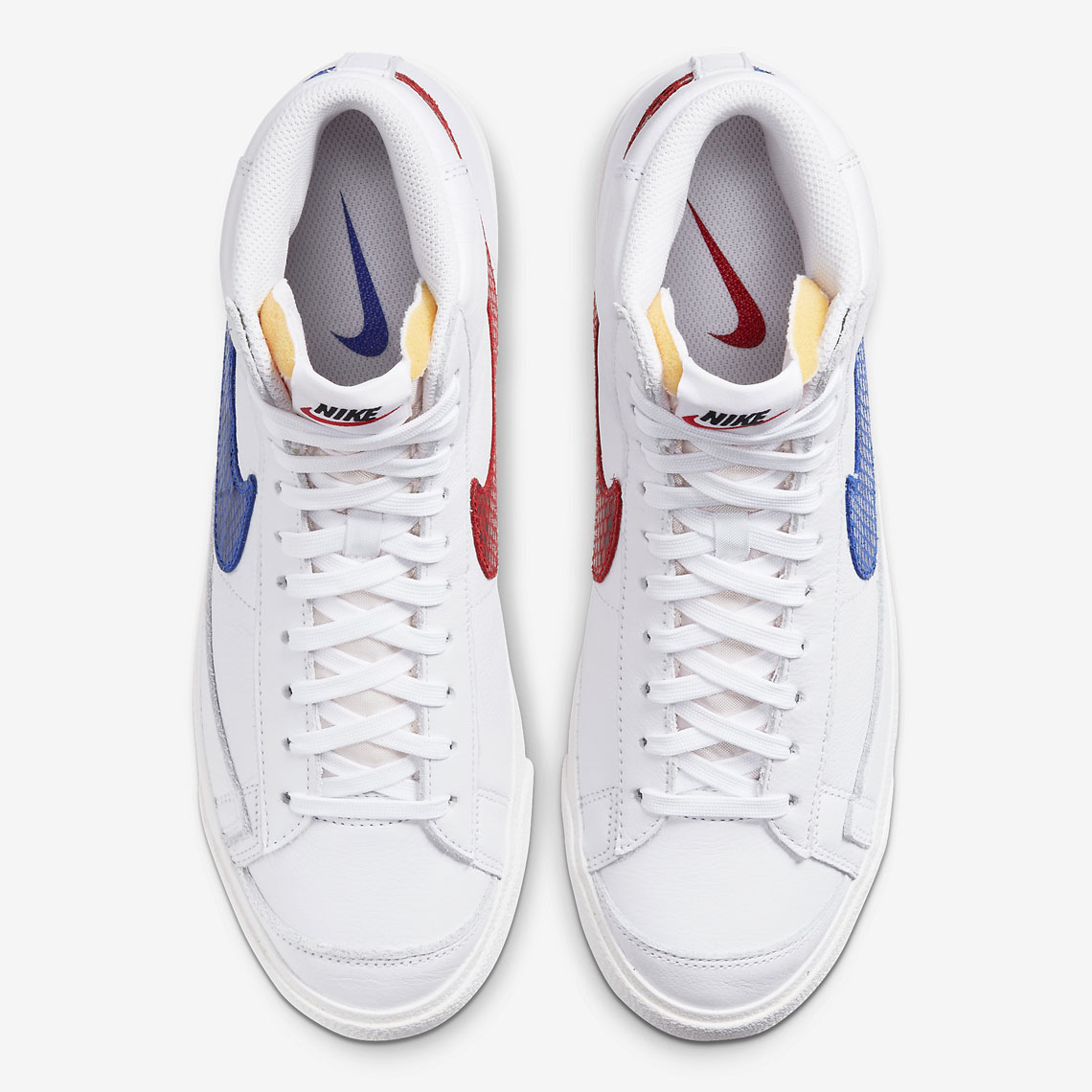 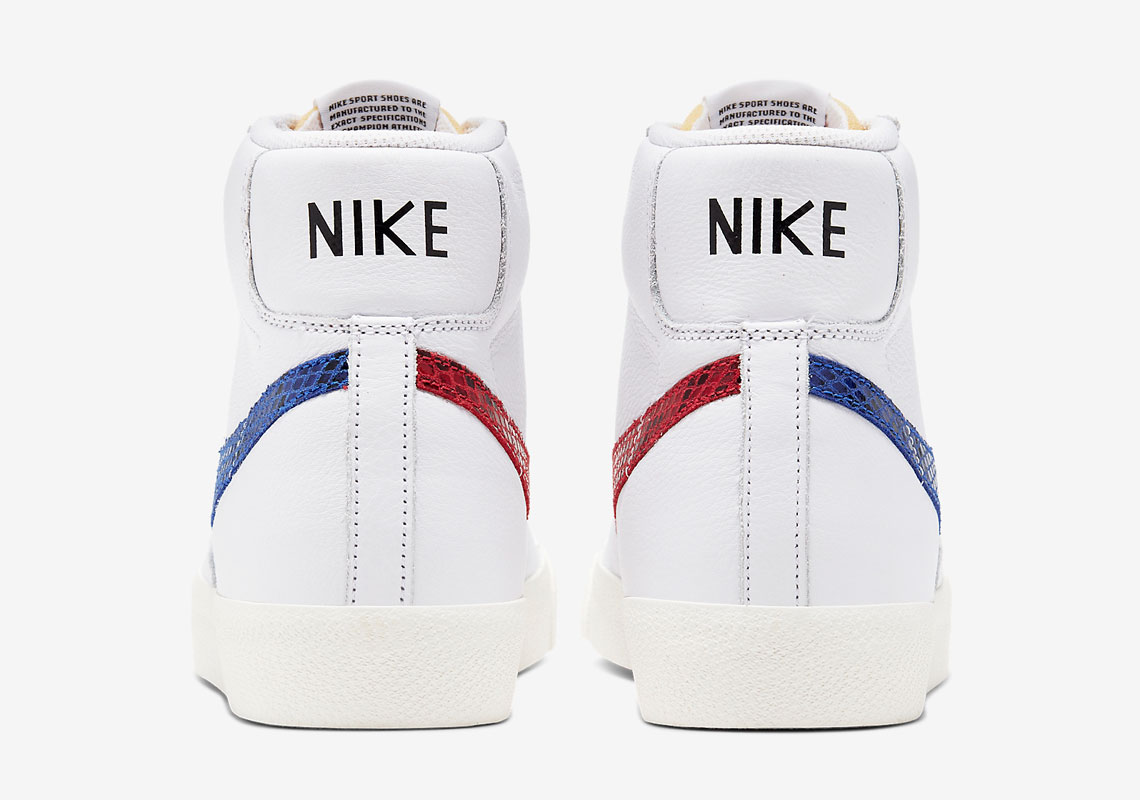 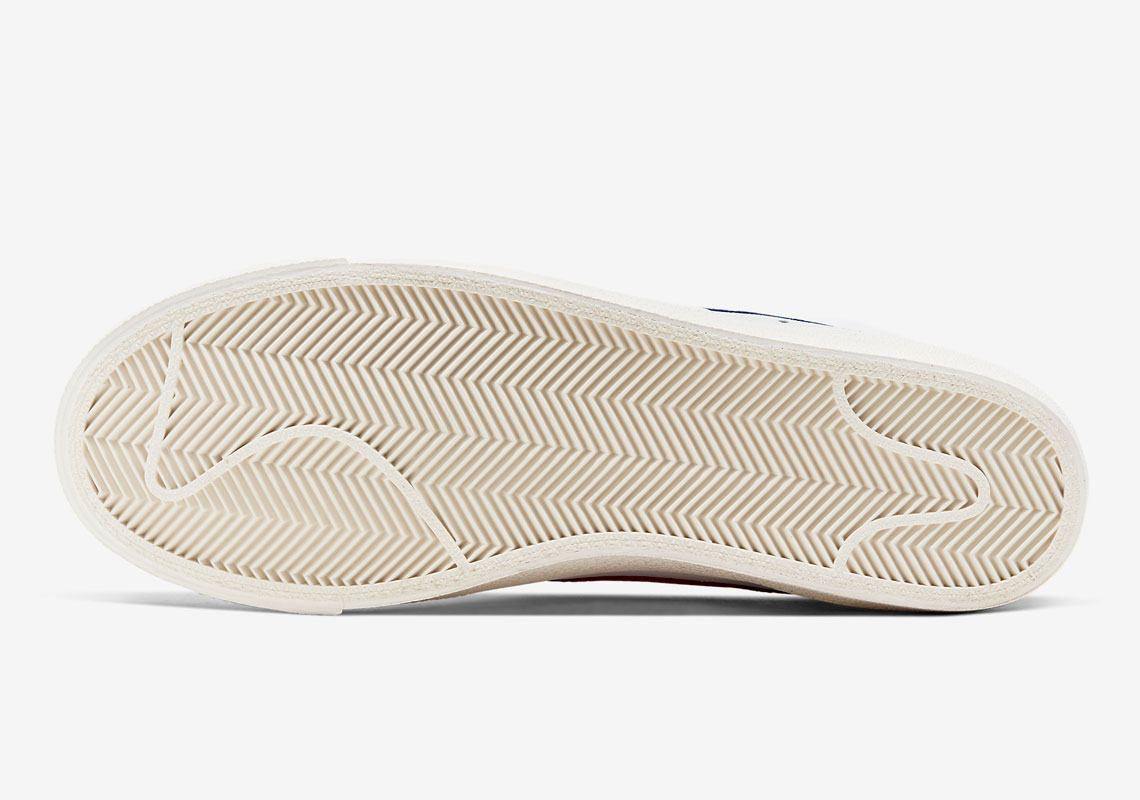