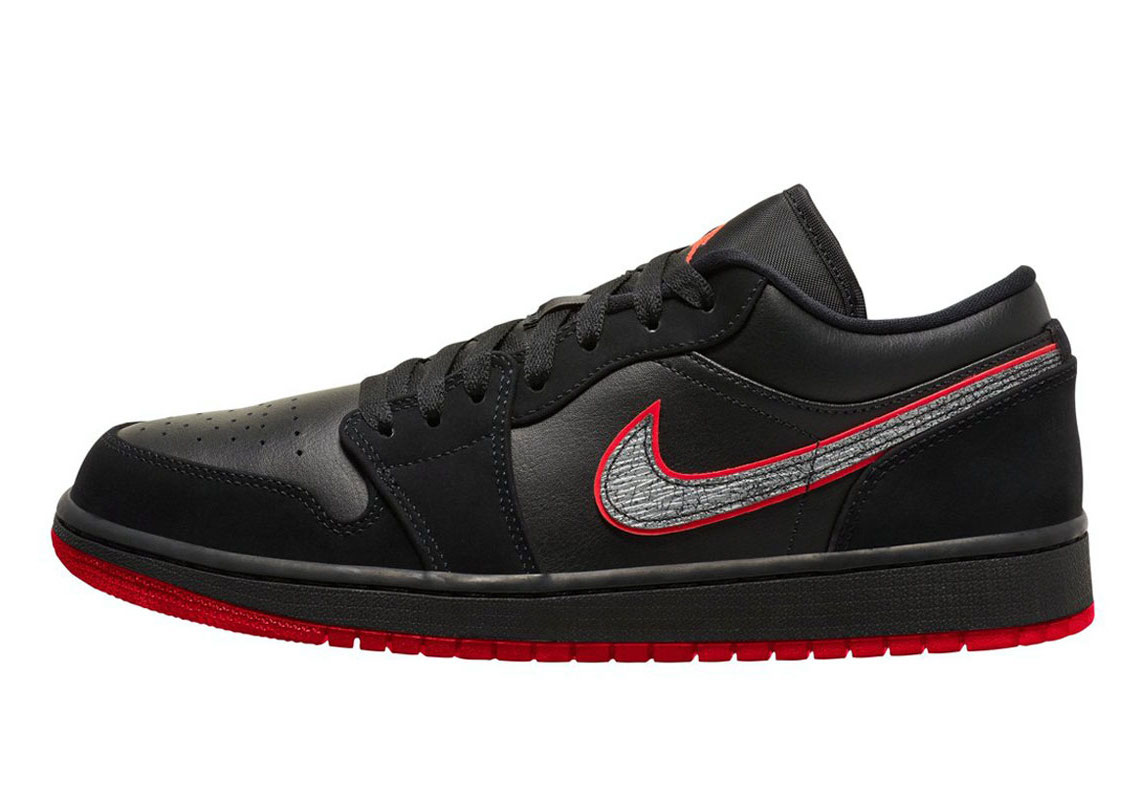 Despite often being overlooked simply for the fact that Michael Jordan never laced it up during his 15 seasons in the NBA, the Air Jordan 1 Low continues to steal some attention from its taller counterparts through new, but familiar colorways. The latest mixes the fan-favorite “Bred” arrangement with cement print-like profile Swooshes.

At a glance, this low-top Jordan 1 resembles 2014’s “J Pack” SB Dunk Low, but branding throughout place it in the Air Jordan retro family. Uppers, which feature a smooth leather base overlaid with nubuck panels, are clad in black, just as the rubber midsole. Outsoles, Jumpman logos on the tongue and trimming around side Swooshes, however, forego the dark, tonal scheme in favor of rich red. Nike’s iconic mark further interrupts the covert composition as it boasts a grey pattern reminiscent of the Jordan 3‘s most iconic accent.

Full release details are still unknown, but you can enjoy a first look at this Jordan 1 Low ahead while you wait for pairs to hit Nike.com.

In confirmed Jordan release dates for 2020, the Jordan 5 Fire Red finally arrives on May 2nd after numerous delays. 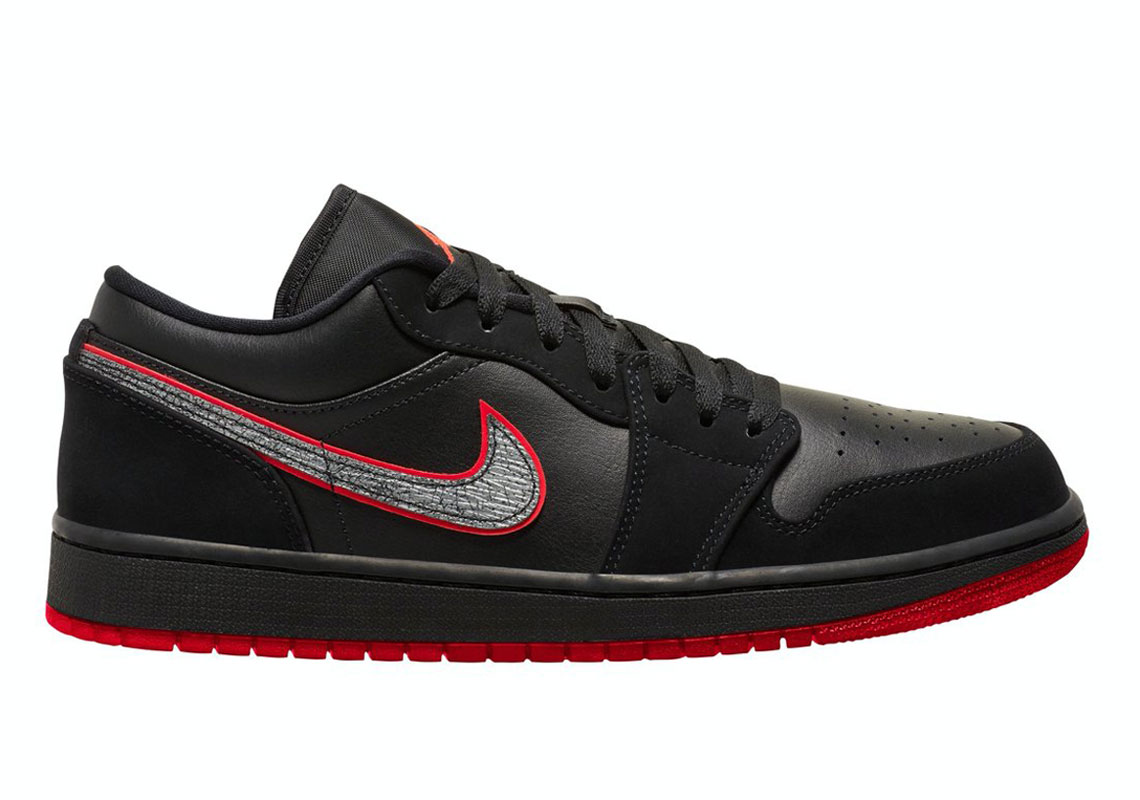