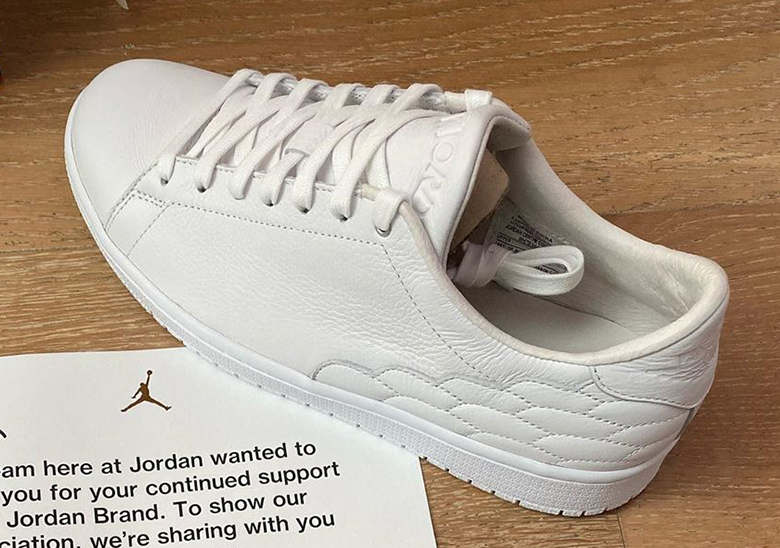 In commemoration of The Last Dance‘s conclusion, Jordan Brand has begun seeding out a few pairs of the unreleased Centre Court silhouette. Revealed first by Edison Chen — whose relationship with the imprint has included a few early leaks in the near past — the pair appears seemingly as it did during its televised debut, displaying both an understated leather construction and some intricate heel counter detailing. The latter, which finishes with a logo-marked tab at the ankle, approaches maximalism as an excessive arrangement of overlays resemble that of the signature Wings insignia. Elsewhere, the rest of the model cuts close to other traditional tennis trainers just with some extra debossed branding at the tongue. Grab a detailed look at these right here, and as it’s possible these may release in the coming future, sit tight for further word and confirmation.

In other news, an Oregon Air Jordan 6 is in the works.