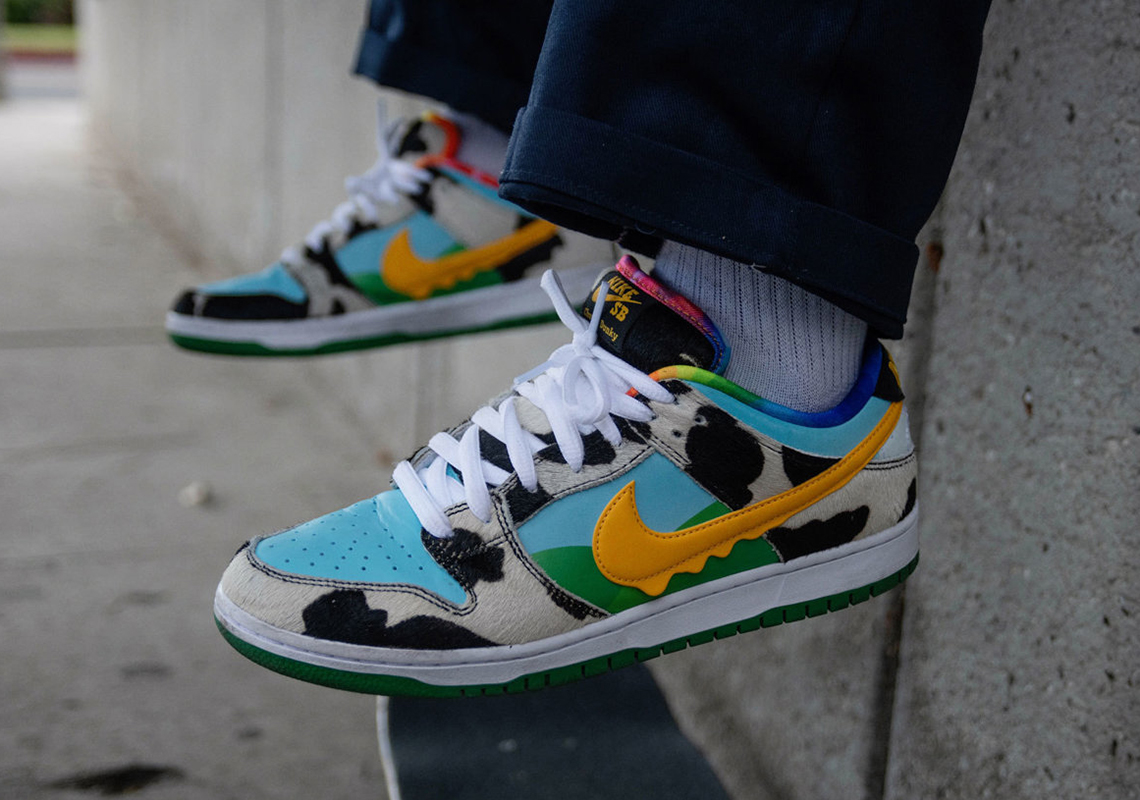 Started in January of this year, Nike SB’s Striped Box era has spawned more than handful of eclectic releases, including the Travis Scott Dunk Low as well as the “Reverse Skunk” Dunk High. And even despite COVID-19 slowing down sneaker culture, the skateboarding sub-label has remained relatively on schedule as they prepare for the release of the “Chunky Dunky” with their close friends at Ben & Jerry’s. Effectively molded by the ice cream purveyor’s motto — “If it isn’t fun, why do it?” — the colorway takes on an overall playful spirit marked by colorful accents and transformative construction. The swoosh drips in a bright yellow to match that of the Chunky Monkey flavor’s banana ingredients while cow fur overlays, picturesque greenery, and cloud-shaped panels reference the carton’s signature design. Tie-dye prints then finish along the entire lining in a way that backdrops the simple co-branding found atop the insole. Grab a detailed look at these once more right here and be sure to check out our updating list of stores below to secure your pair.

In other news, the 7-Eleven Dunk Lows have been cancelled.

Updated [05/24/20]: The Ben & Jerry’s Nike SB Dunk Low skateshop release has ended. The shoes release on May 26th on Nike SNKRS via DRAW.

Where to Buy – US

Where to Buy – Overseas 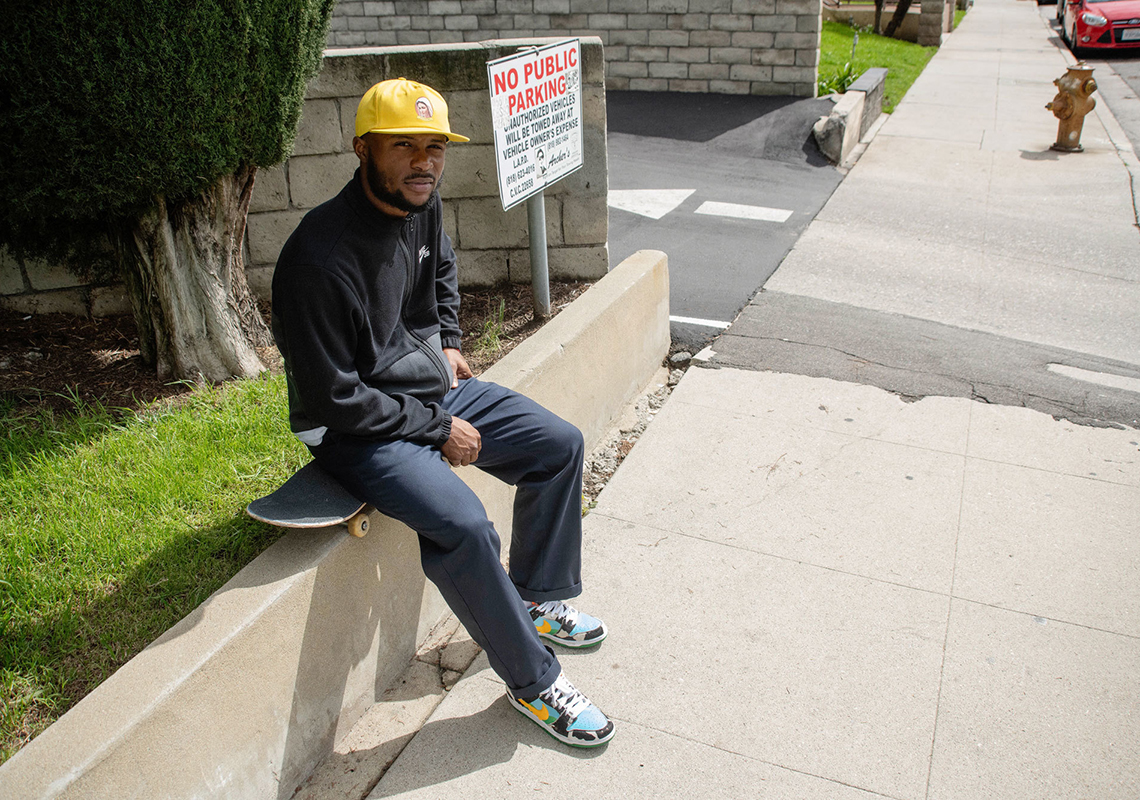 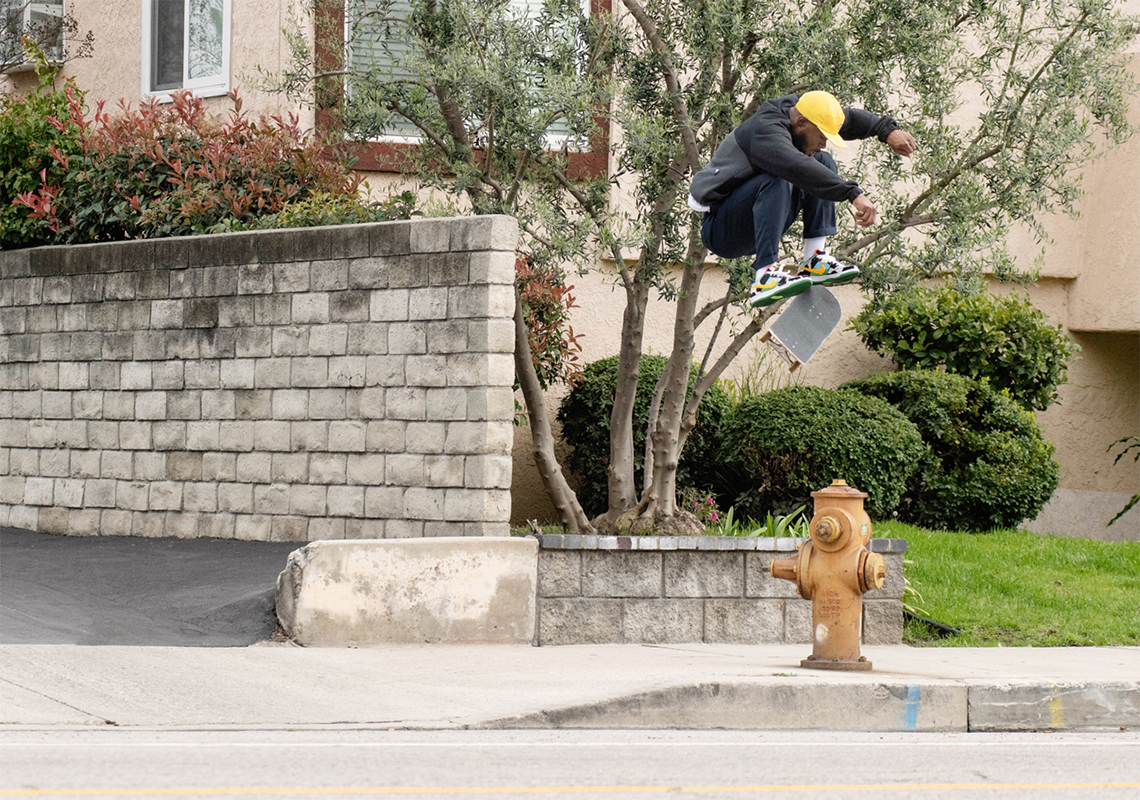