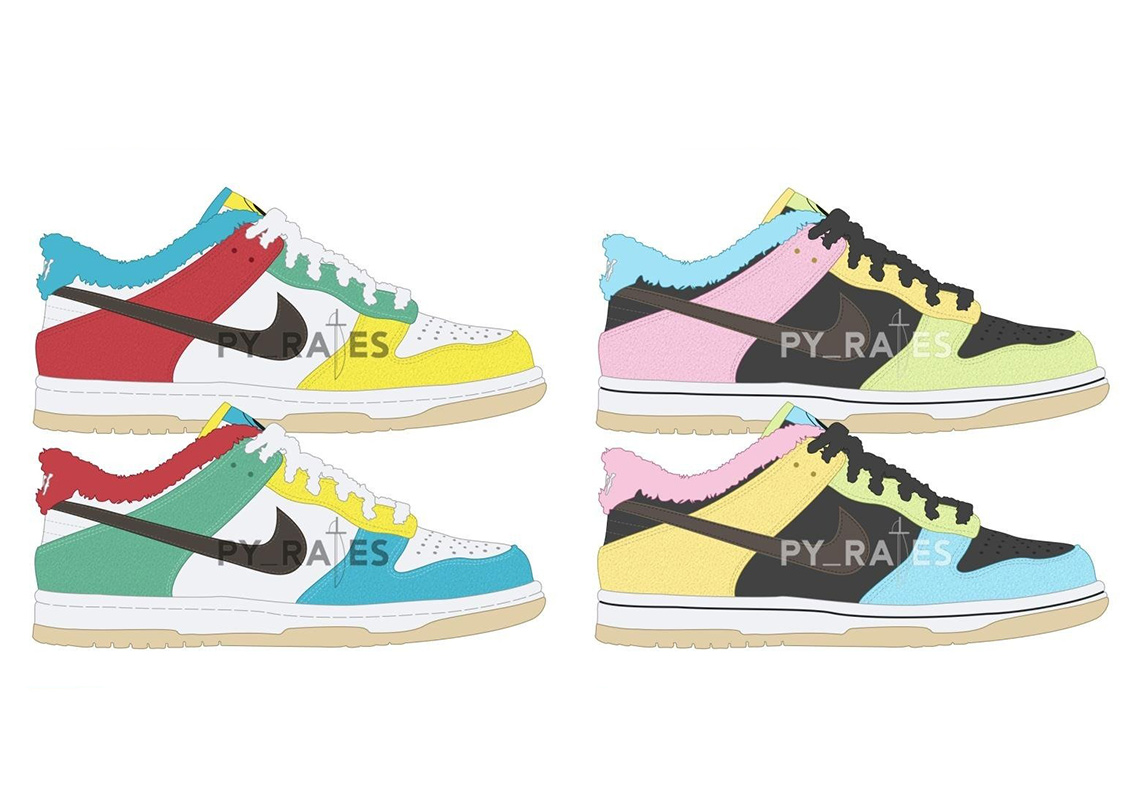 Ever since the Dunk was brought back not too long ago, Nike quickly begun indulging their creative side, using a wide range of inspirations — Grateful Dead, Ben & Jerry’s, Dog Walkers, etc. — to essentially make up for lost time. And while there is still a fair share of releases planned for later this year, a lot of the energy is being directed to 2021, including most of the non-SB retros as well as the newly leaked “Free 99” pack.

Arriving in twos, the collection of Dunk Lows employs some of the loudest and most notable techniques in the brand’s toolbox. Asymmetric coloring leads the show in terms of vibrancy, alternating with yellow, red and blue on one pair while pink, blue, and green takes the reins on the other. Their bases prefer white and black neutrals, respectively, dyeing much of the laces, tongues, and accompanying accents with it. Sock liners, which also bear the same mismatching motif, adds an extra bit of eccentricity as they are said to be constructed of a fur texture.

Grab a look at both mock-ups here and expect more information to arrive later next year. 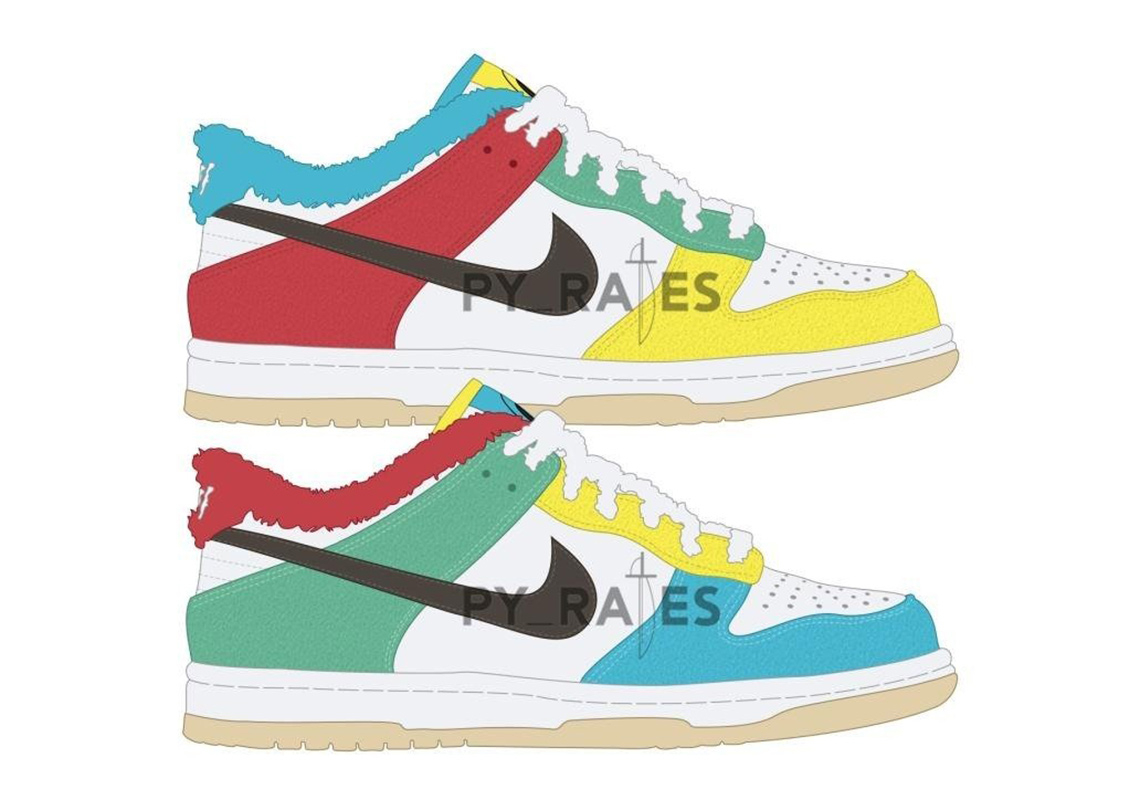 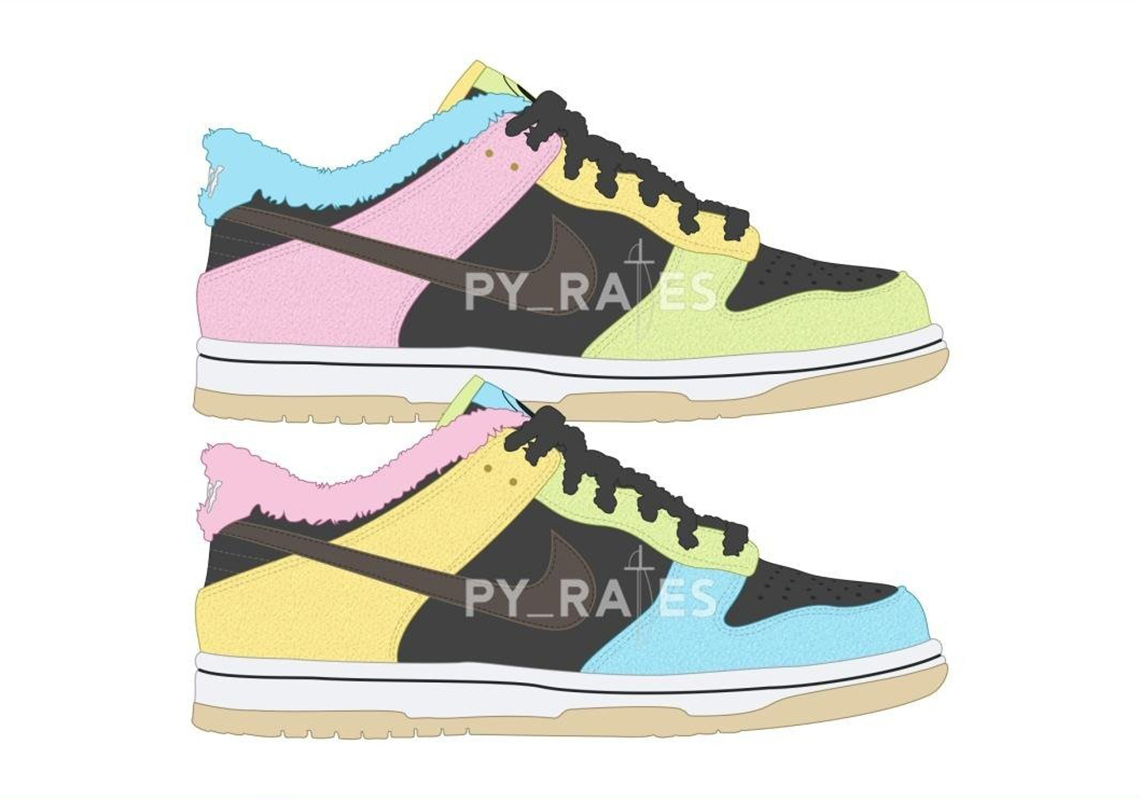