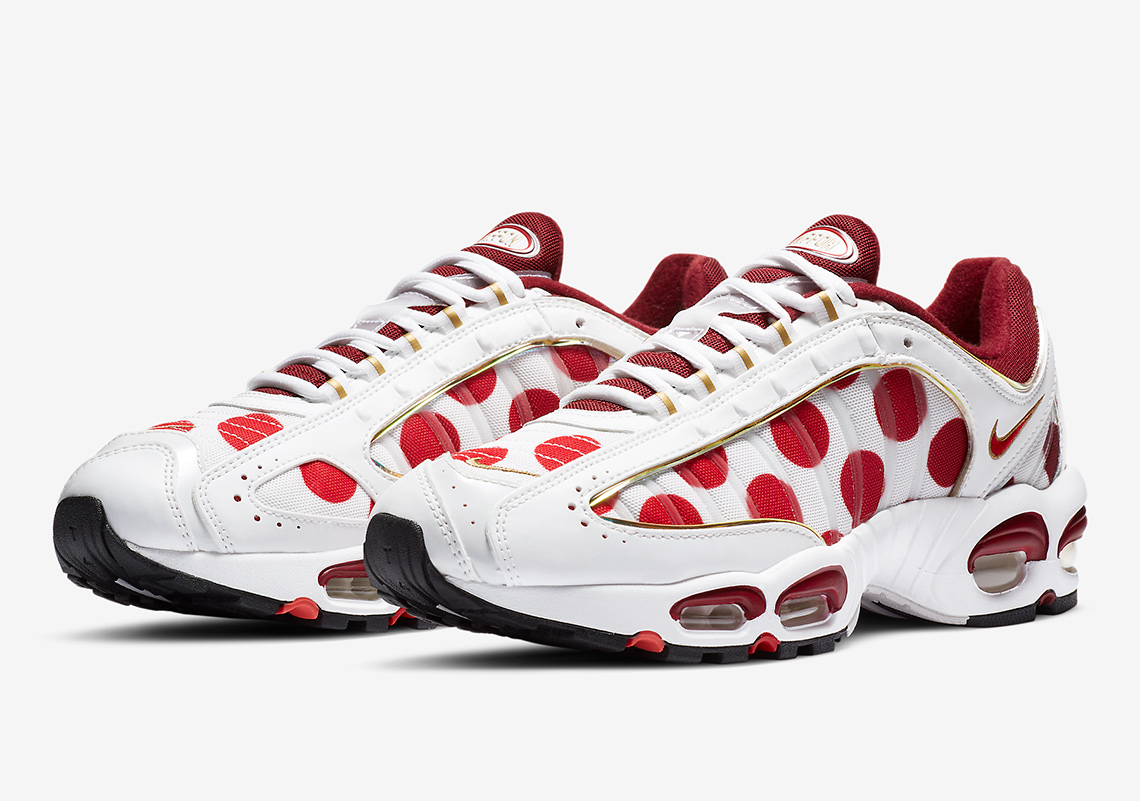 The Nippon Air Max Triax 96 was certainly a sight for sore eyes, the silhouette stringing together an alluringly maximal homage to Japan. And though the Tokyo Olympics have unfortunately been postponed by an entire year, it looks like we’re set to see this “Nippon Pack” evolve even further with the help of the Air Max Tailwind IV.

Identical in concept, the silhouette sees to the very same scheme and patterns. Polka dots, though just one part of a much larger picture, cover the entire underlayer with both dark and light reds. Leathers overlaid atop, however, are completely bereft of color; only their edges are detailed with extremely subtle strips of gold that match the similar detailing seen along the eye stays. Elsewhere, the tongue, ankle, lining, and even the molds around the Air Bubbles are treated to a burgundy shade, accenting adjacent to shrouded metallic silver panels and bold-faced “NIPPON” text.

Grab an official look at these here and expect a release to arrive at Nike.com hopefully later this Summer.

In other news, the Air Force 1 Olympic may be getting a re-release. 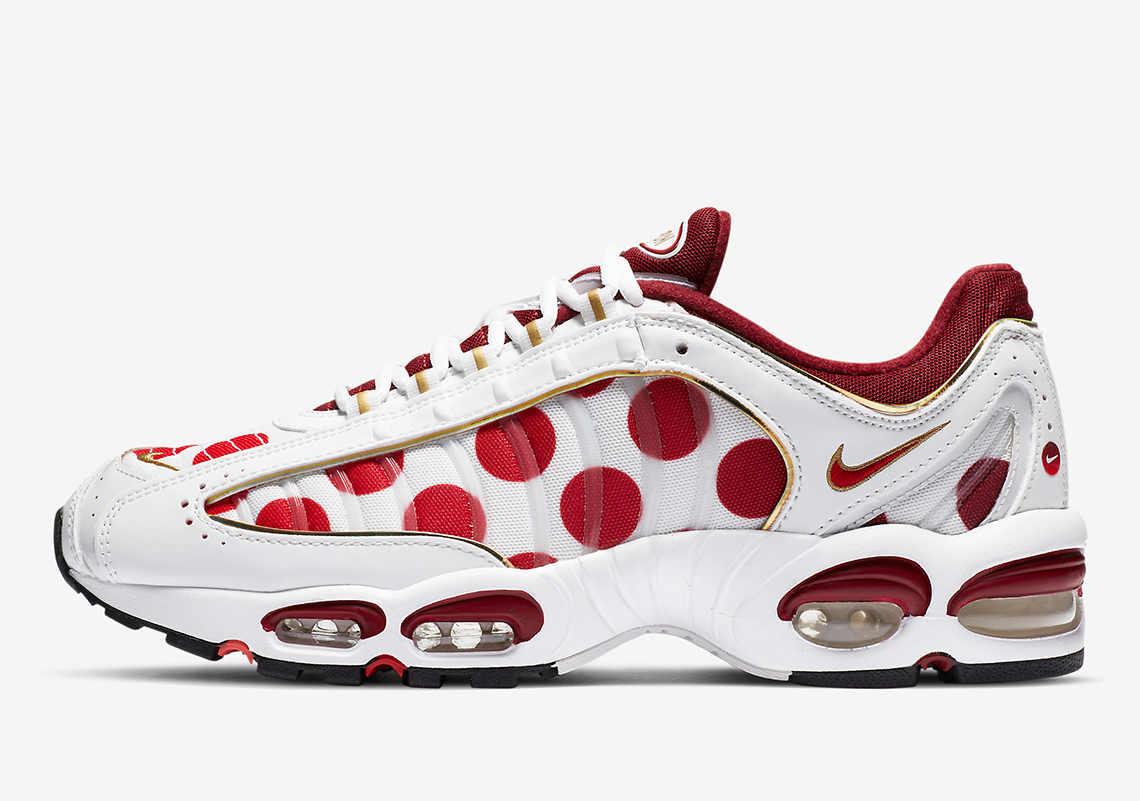 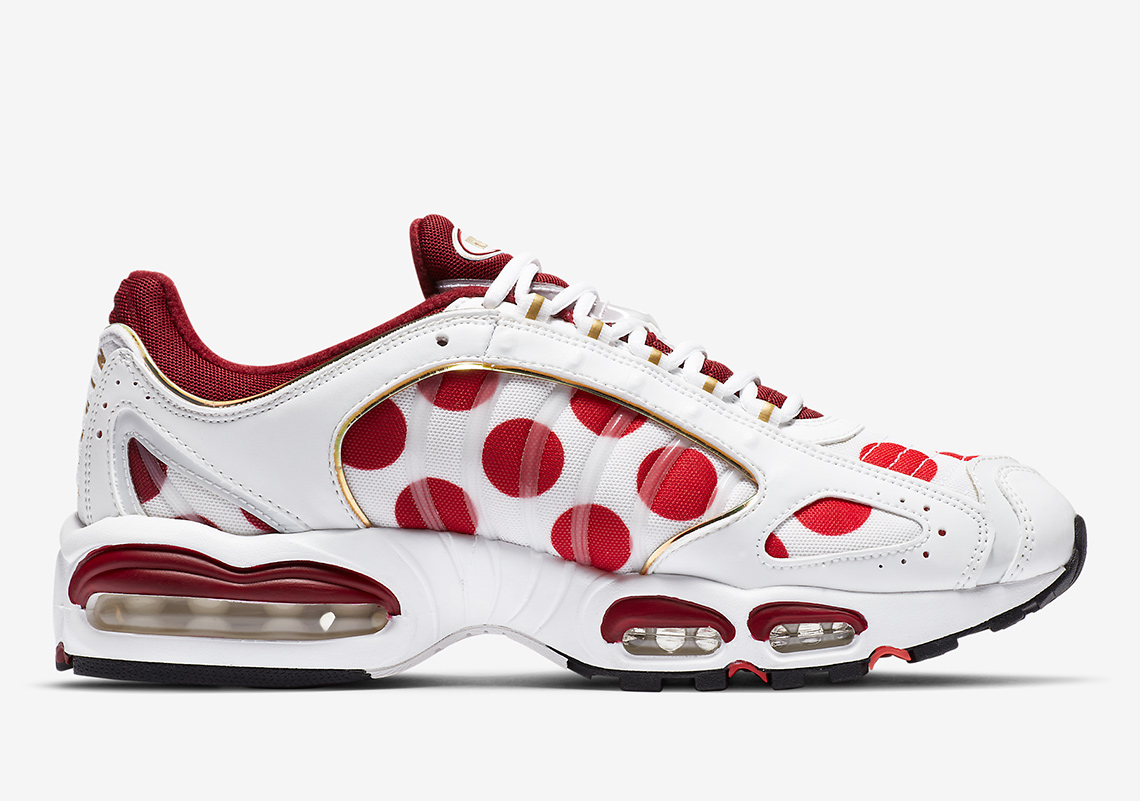 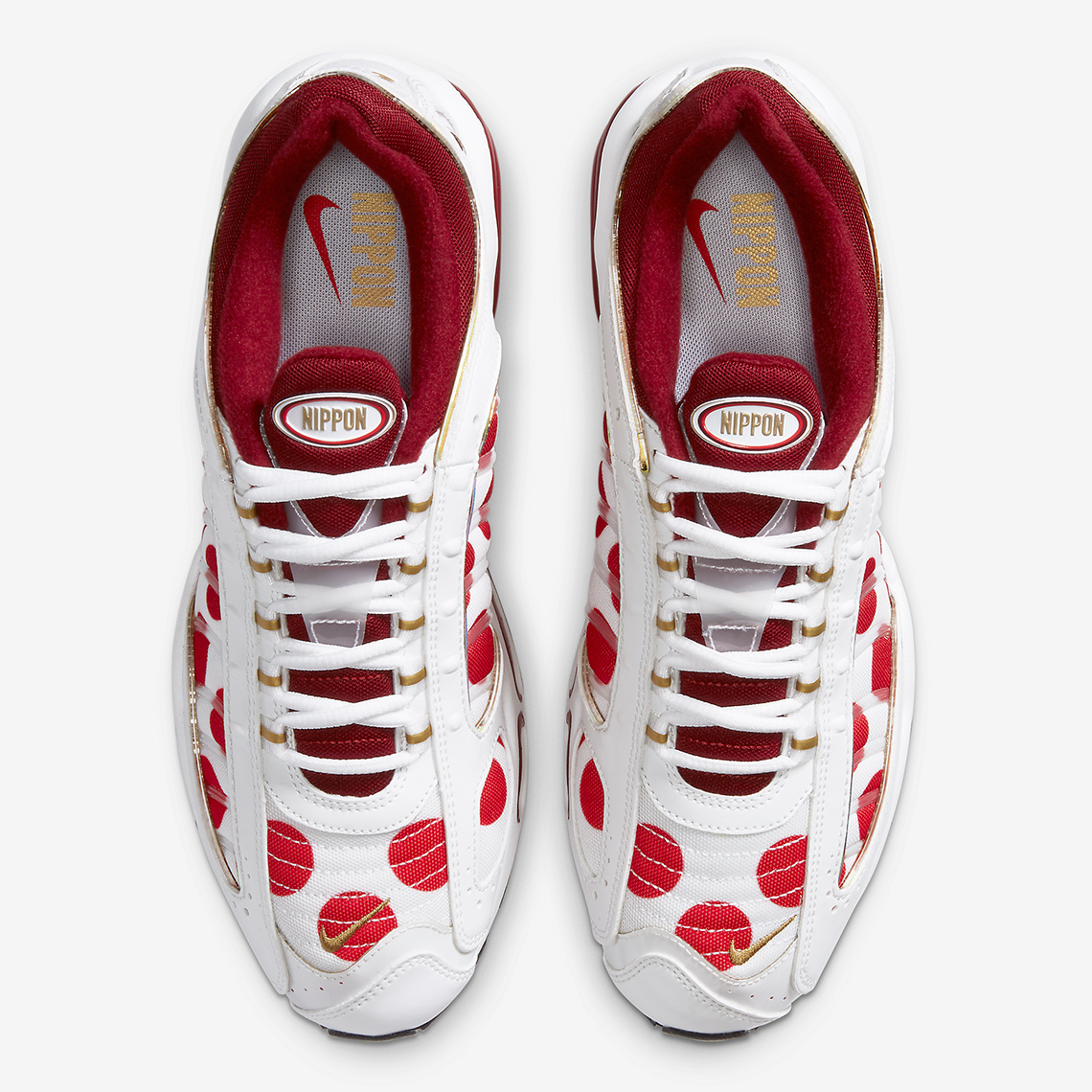 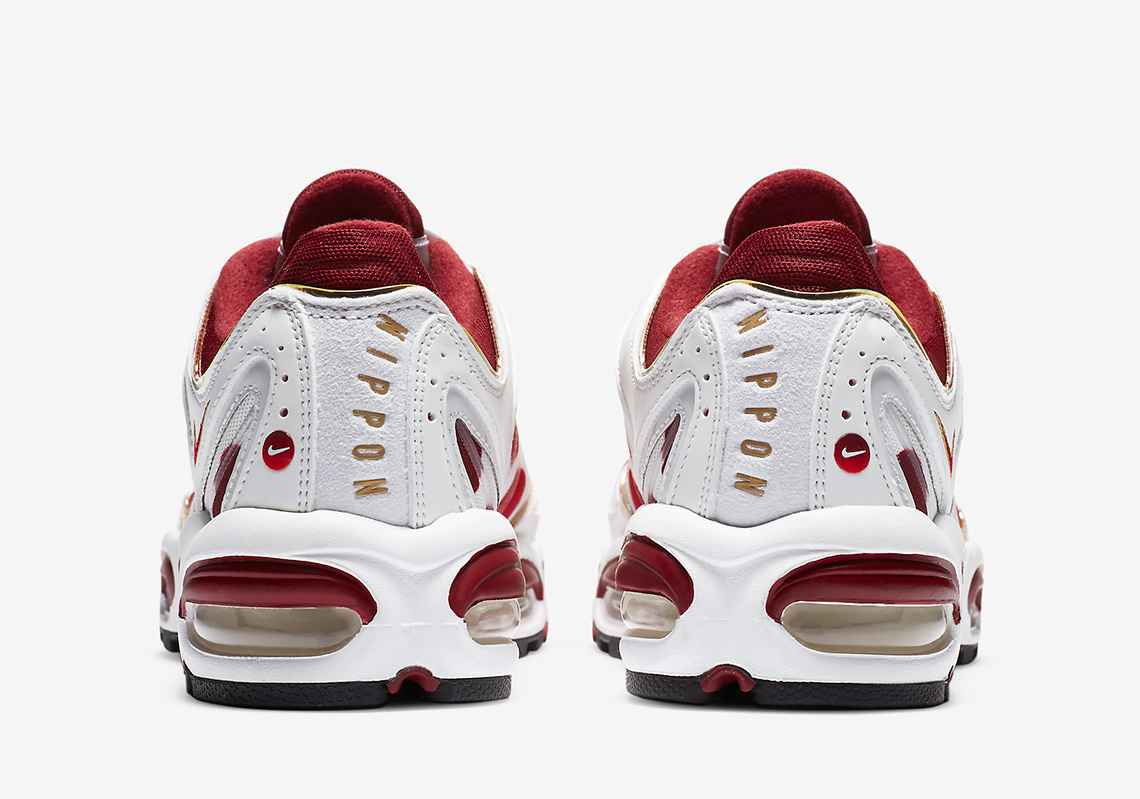 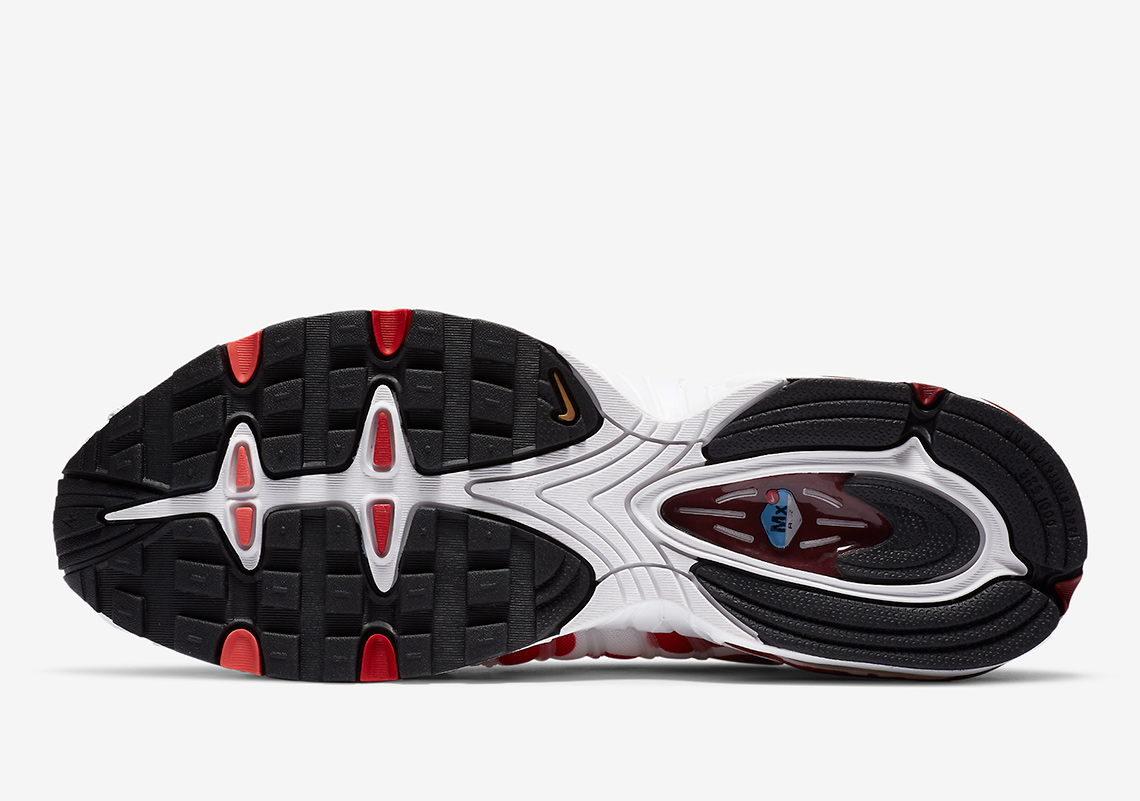