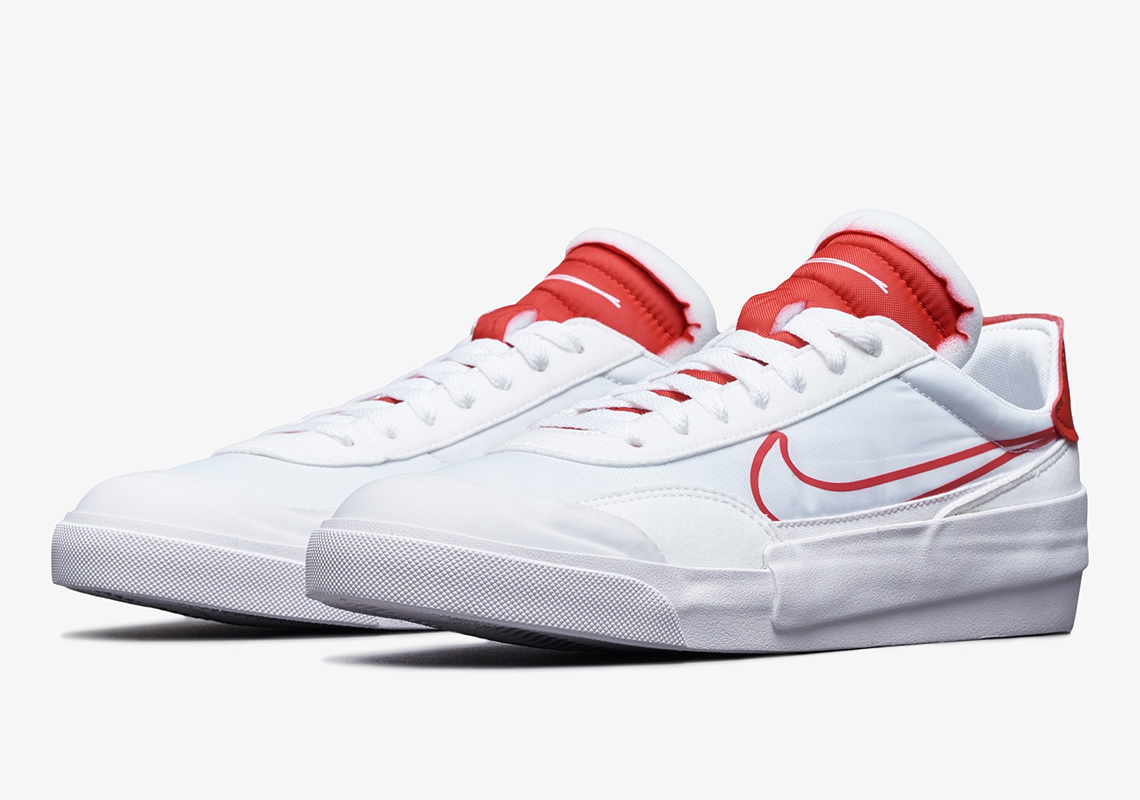 Nike’s Drop-Type silhouette has been on interesting streak lately as a few of its remixes have experimented with constructional alterations such as denim uppers, ecru canvases, and even bandana and plaid overlays. However, it looks as though this playful stream is abruptly coming to a a halt, as the silhouette is dishing out a duo of two-toned HBR colorways soon. Dropping alongside a white/royal blue version is this forthcoming colorway with “University Red” trimming.

Falling against the its white angelic backdrop, you’ll find the aforementioned accents outlining the Swooshes, as well as wrapping the heel overlays. Moreover, the same hue covers the foam tongues entirely, but almost gives off a sort of spray-on vibe as it bleeds slightly into the white edges closer to the ankles. Check out more photos of these lifestyle kicks here, and be on the lookout for them to drop on Nike.com and at select retailers in the coming weeks for their wallet-friendly $75 USD price point.

For other news related to upcoming Nike shoes, the LeBron 7 MVP is dropping on June 26th in full family sizes. 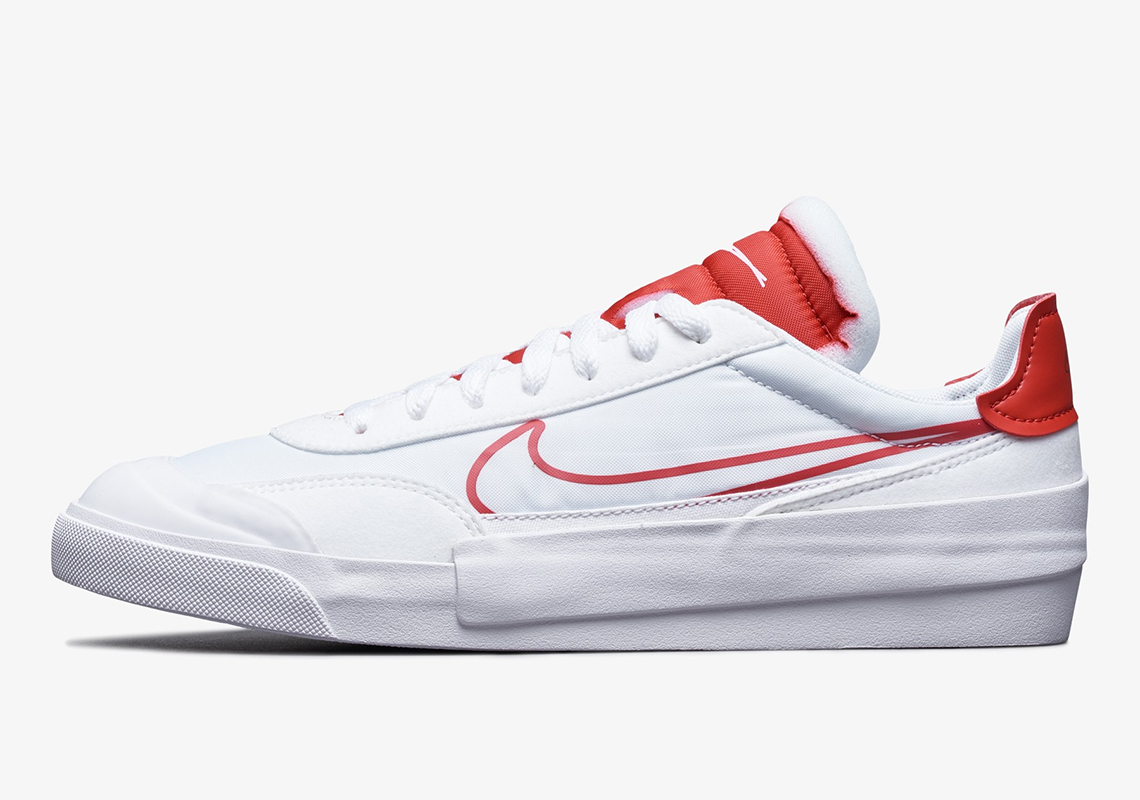 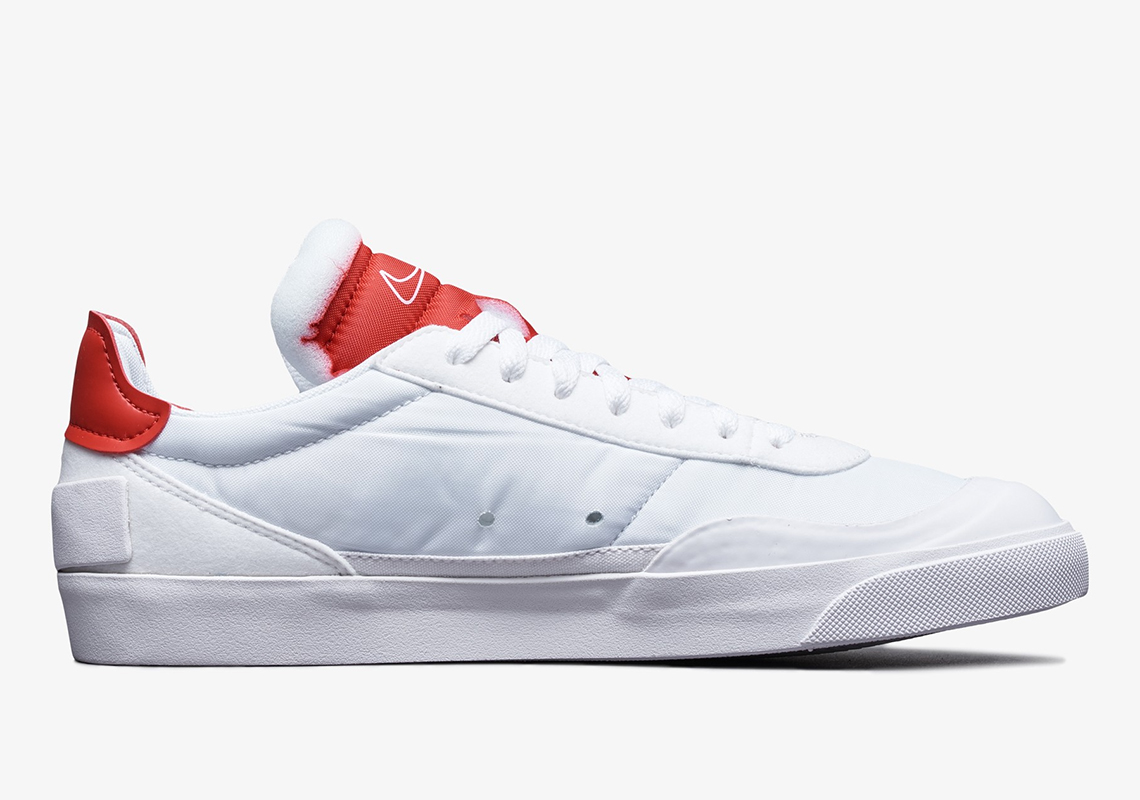 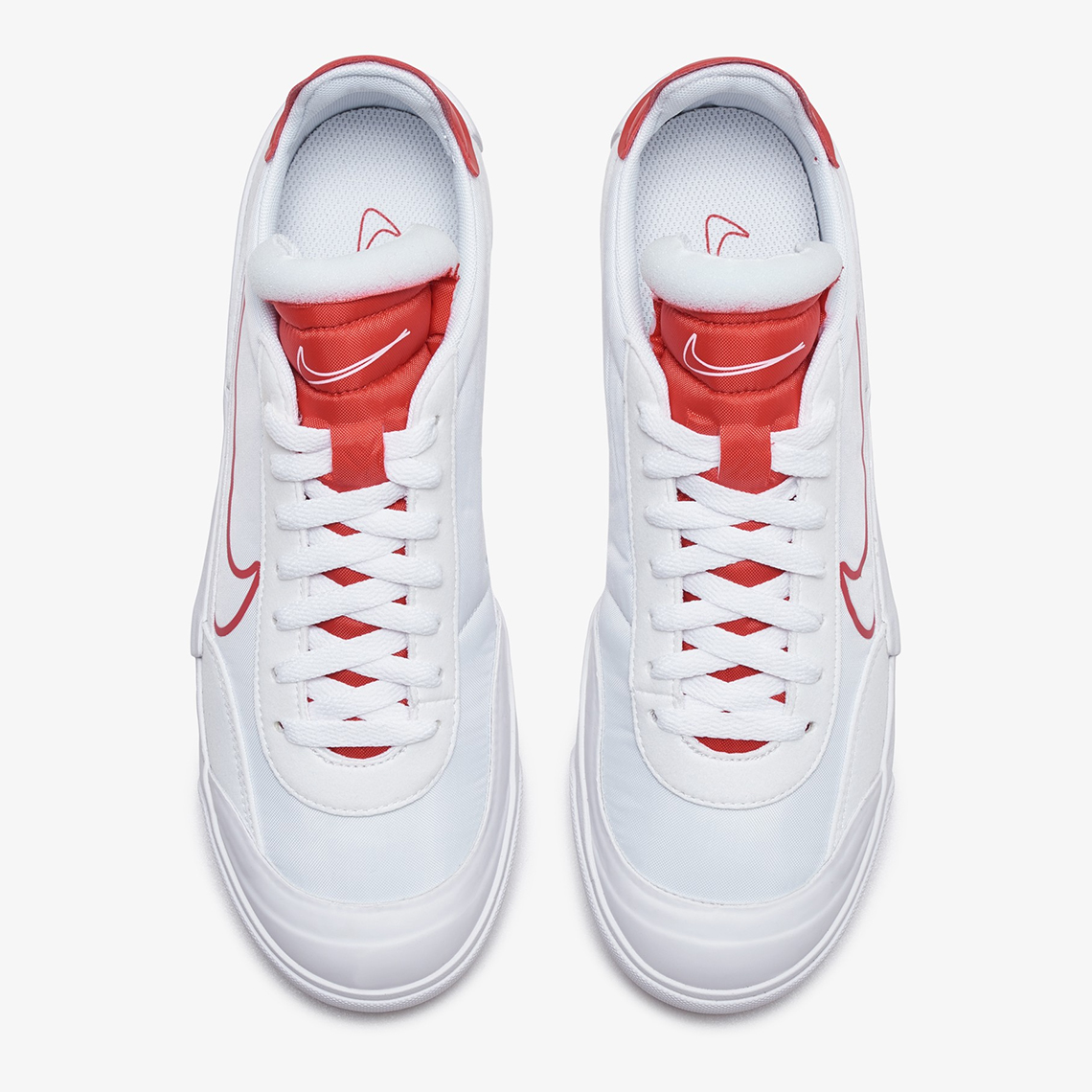 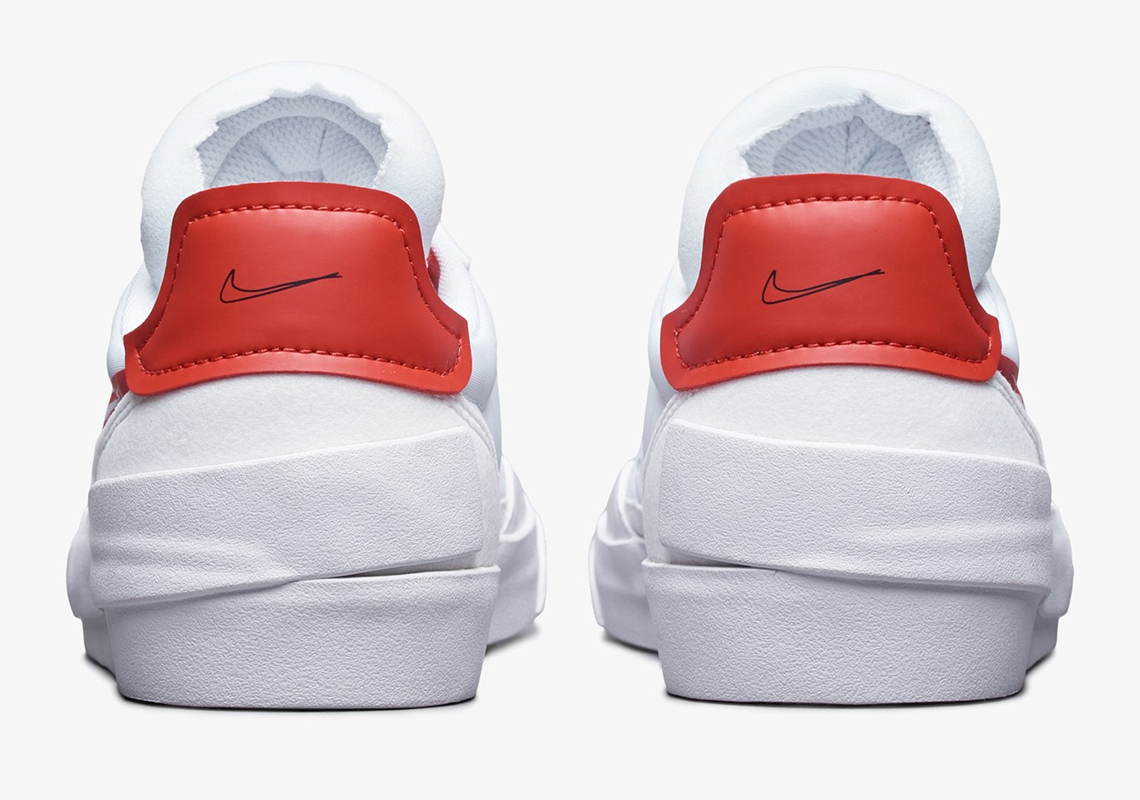 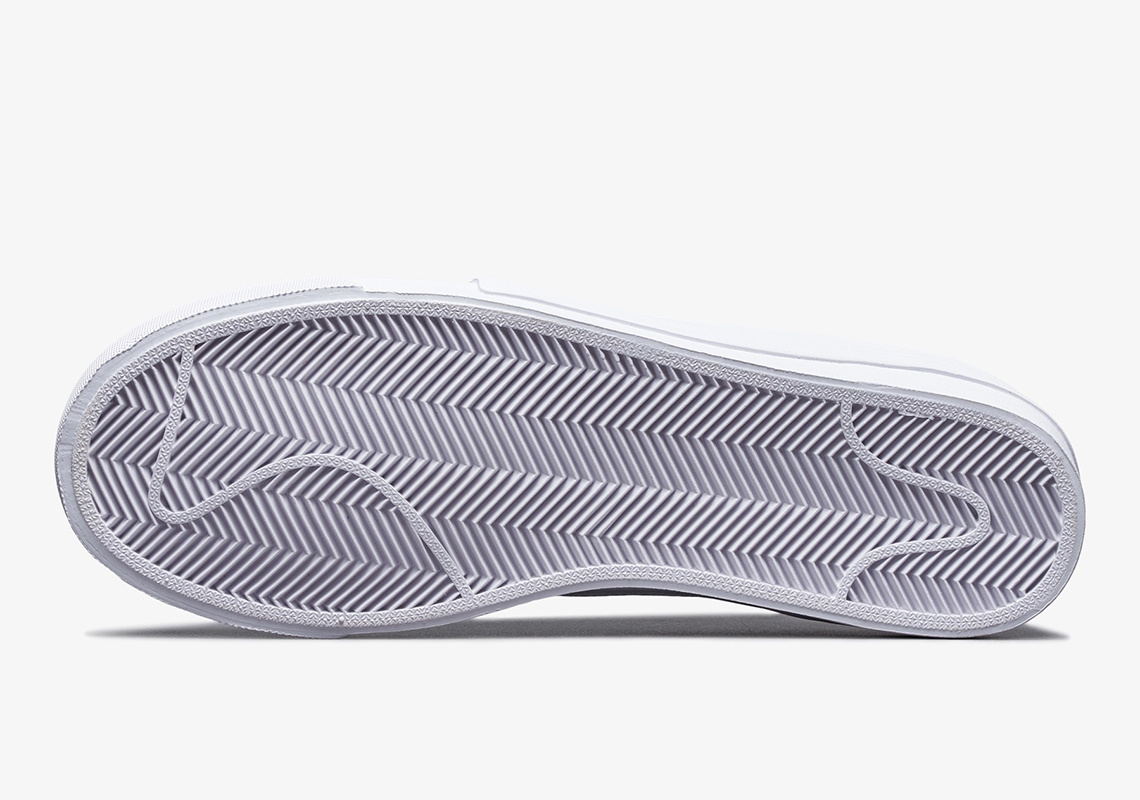