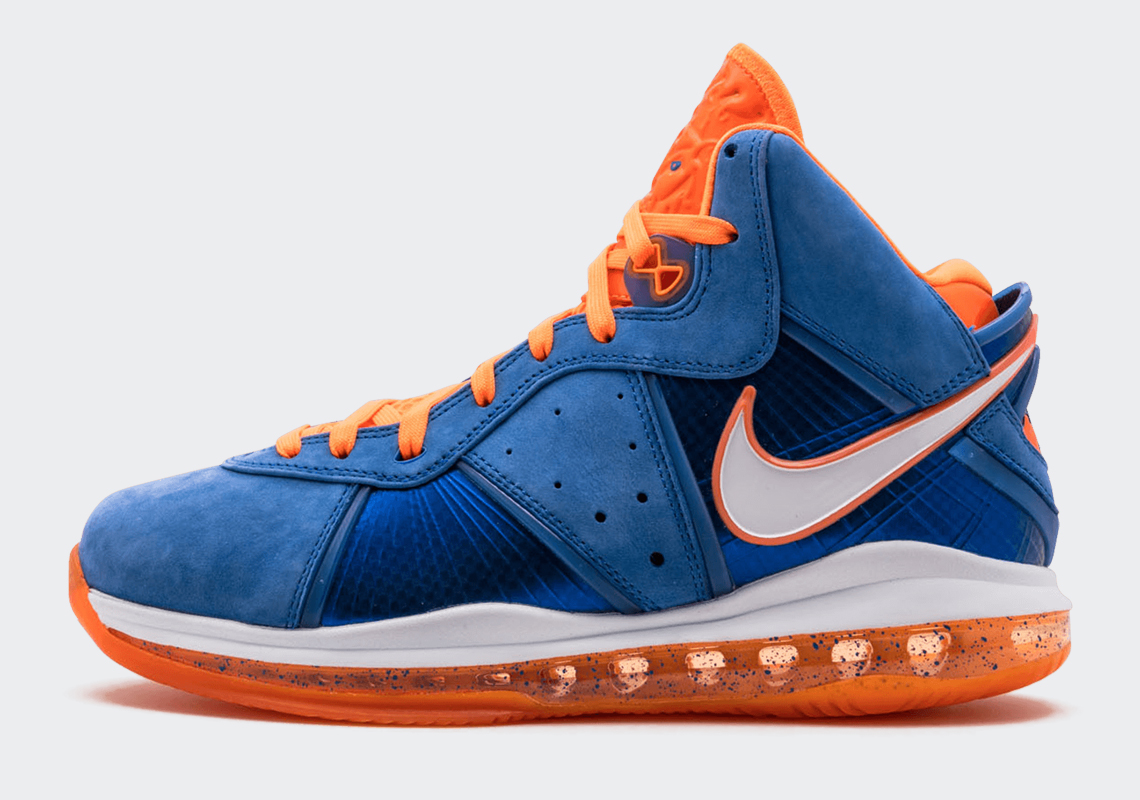 LeBron James and his line of Nike signatures have brewed some of the most energetic conversation just this month alone. From the What The LeBron 17 to the leak of the upcoming LeBron Soldier 14, the line-up is rivaling even itself as rumors of an official LeBron 8 HWC release are beginning to surface.

Once an elusive PE, the colorway was originally said to be a nod to the Knicks with its blue and orange color pairing. But, more fittingly, the pair pays homage to the old Cleveland Cavaliers jerseys which wore the very same colors. Suede and synthetic constructions compose much of the upper, highlighting contrasting texture by way of the latter’s polished gloss. Laces, the inner bootie, and the cushioned tread dress in louder warm tones, while the tongue does the same with the classic lion etchings.

Grab a look at the original pair here, and while no release date is known, they’re expected to launch early 2021.

In other news, the Royal Jordan 3s release at the end of the month. 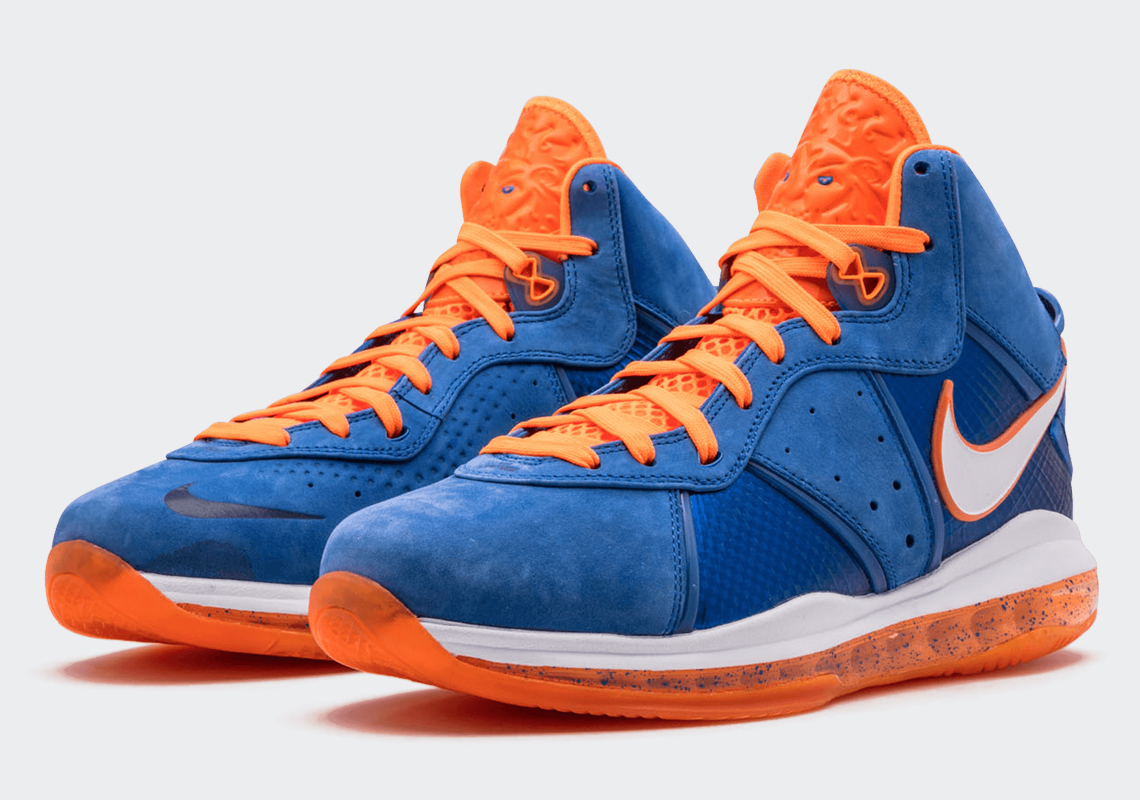 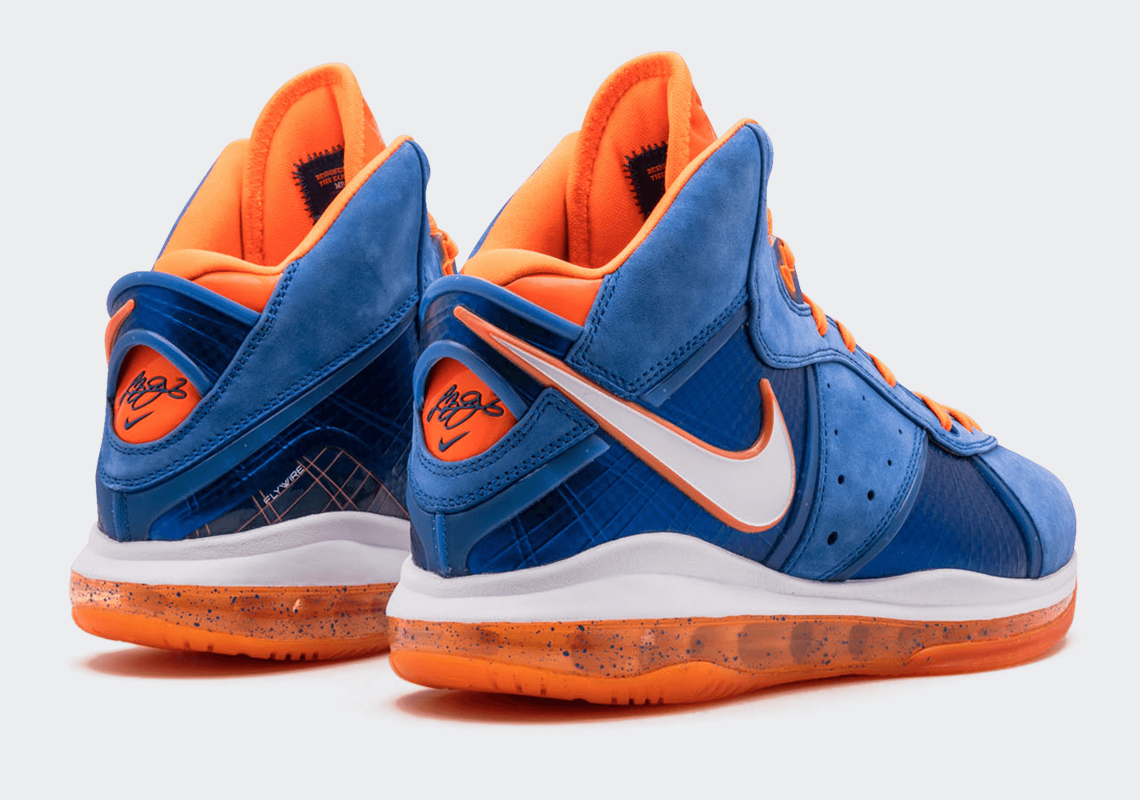 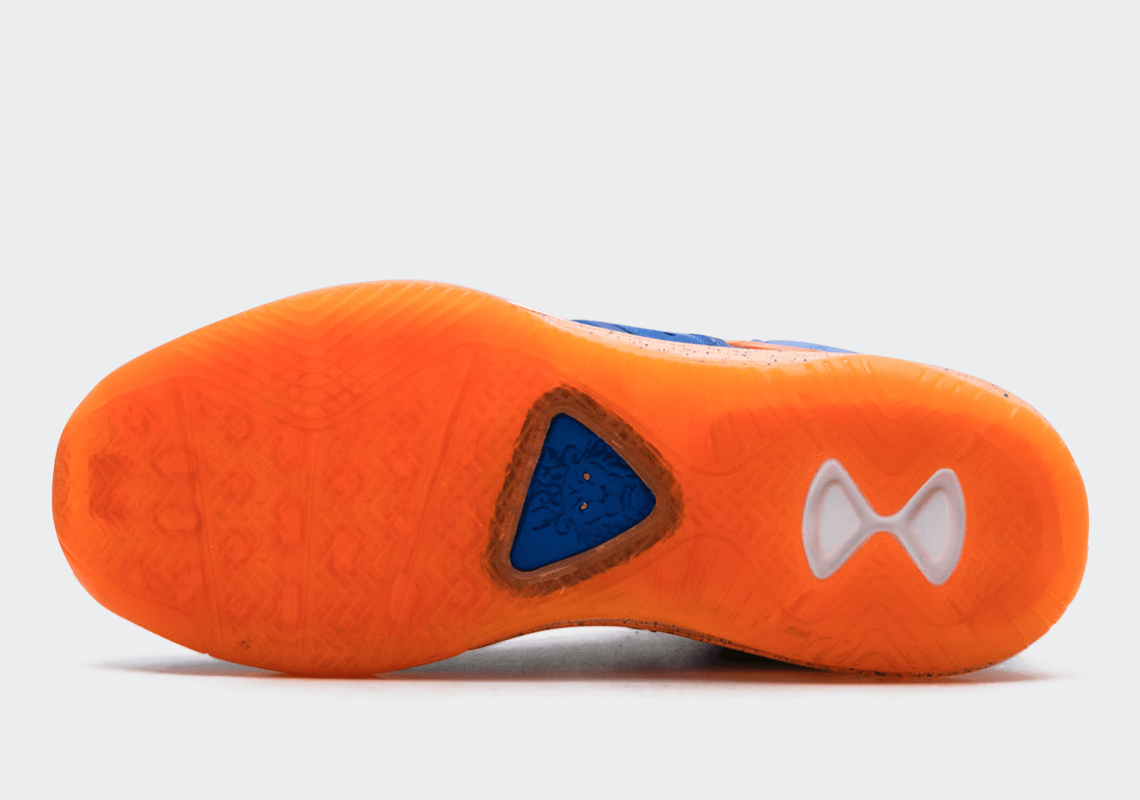