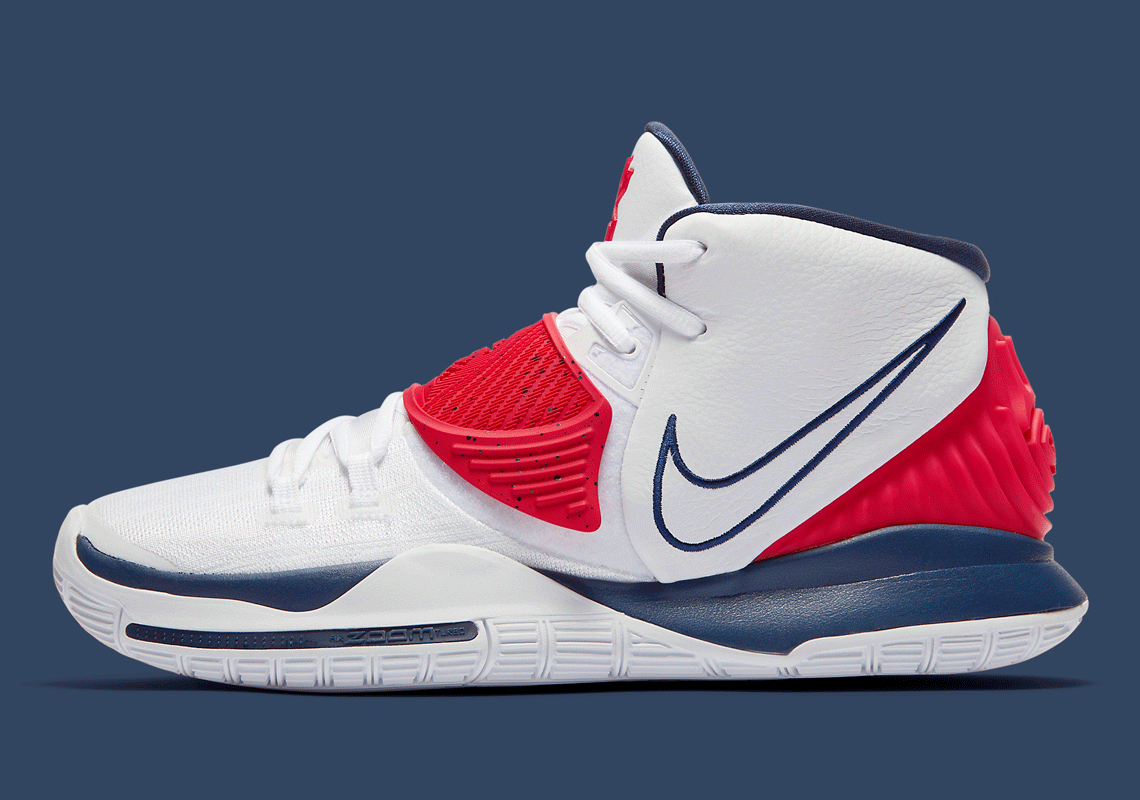 Being that the Fourth of July holiday is coming up, as well as the month of what would’ve been the start of the 2020 Summer Olympics, Nike has been gradually releasing and revealing several of their footwear models spun off in classic USA-inspired colors. After Nike Sportswear delivered a handful of their own dressed in the red, white, and blue, they’re now turning the keys over to Beaverton’s basketball division to join in on the movement. On deck to drop with the patriotic motif is the Kyrie 6. Ditching the digitalized “shot clock” accents displayed on its last rendition, this upcoming makeover is dominated with white hues covering its base leather constructions, and features surrounding accents split between red applied to its strap and heel molds, while navy hues disperse between the liners, midsoles, and Swoosh silhouettes. Full family sizes of these American flag-influenced kicks are slated to release on July 3rd via Nike.com and select retailers, so check out a better look here below, while you wait on their arrival.

For other news, the Nike Dunk High Pro Green is expected to return next year. 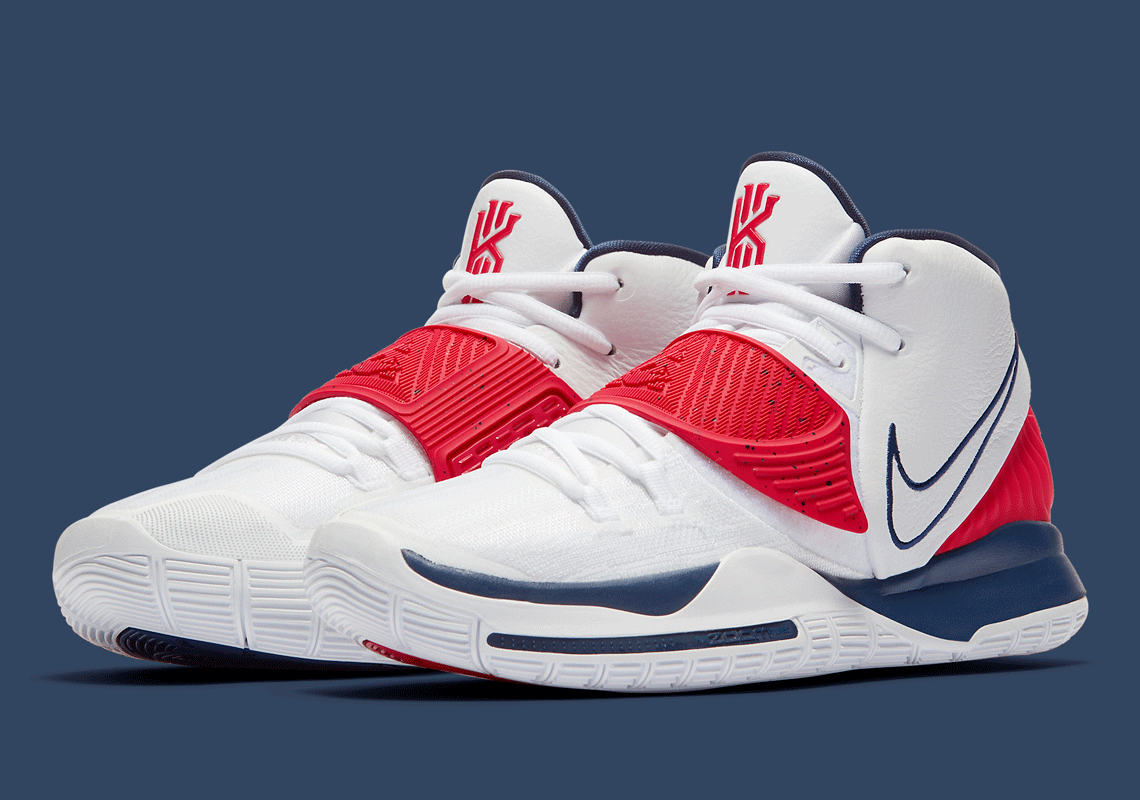 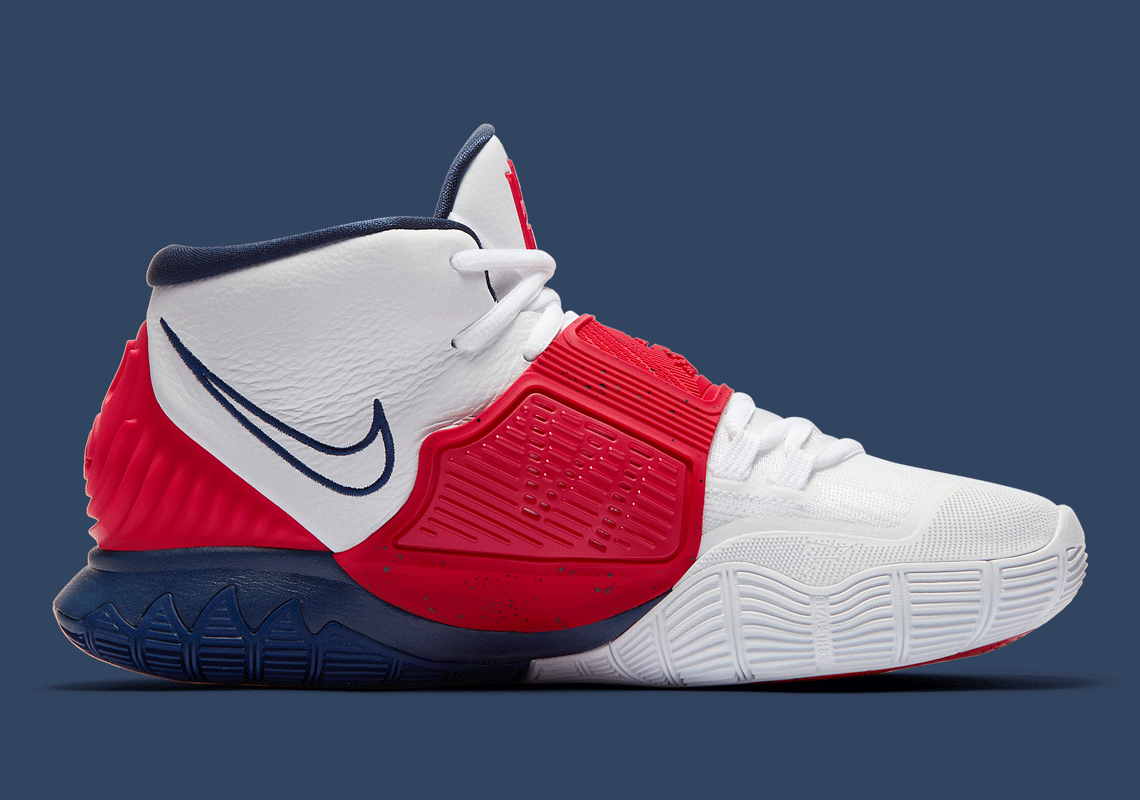 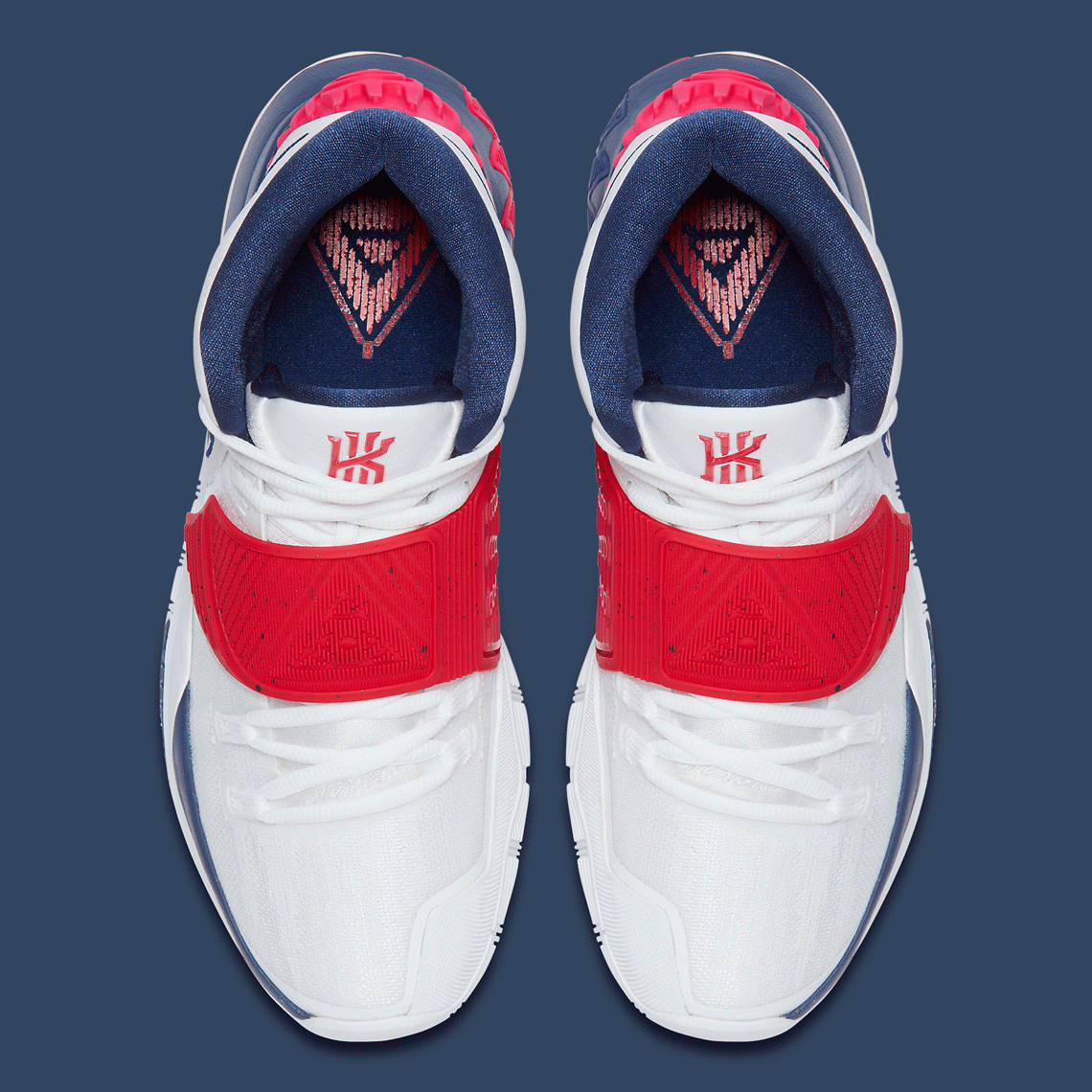 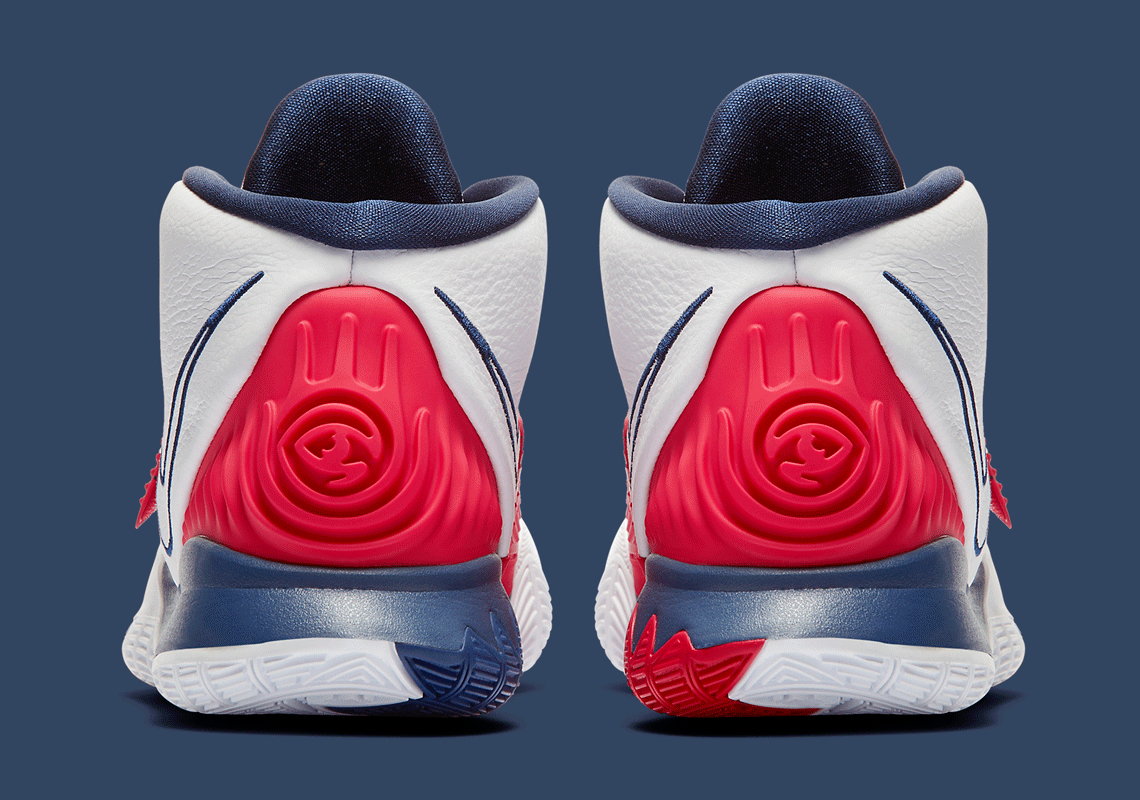 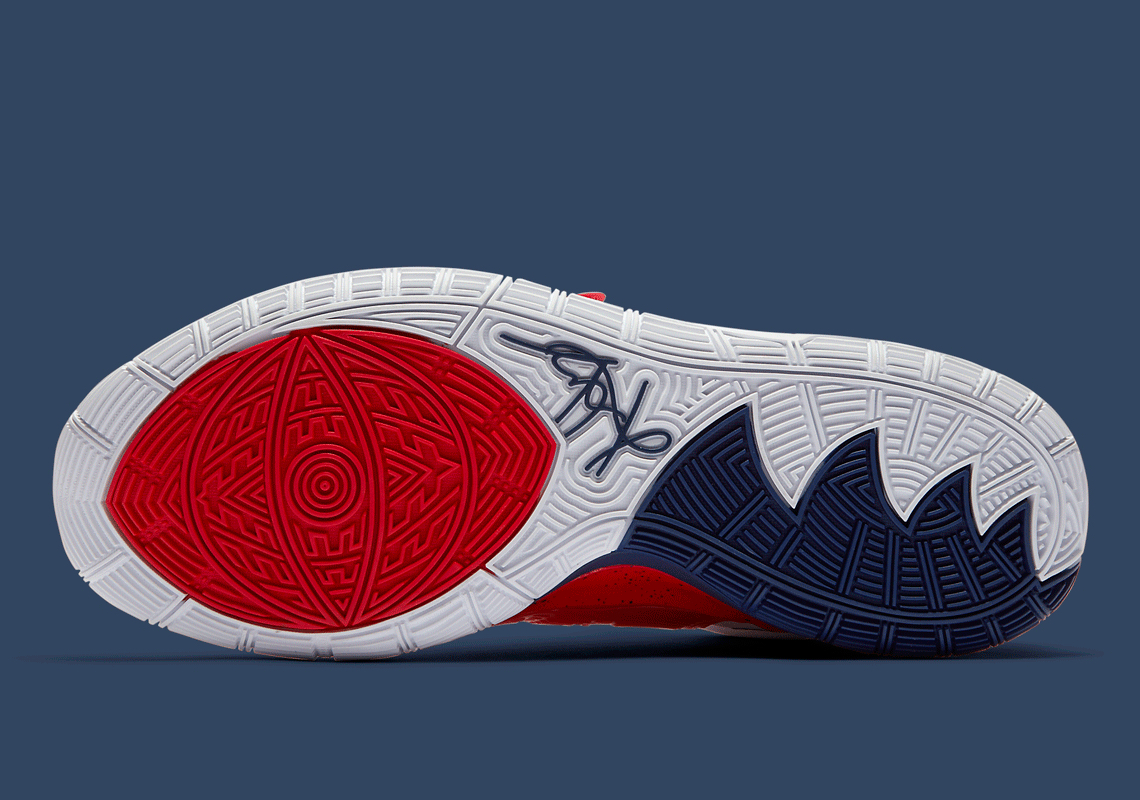