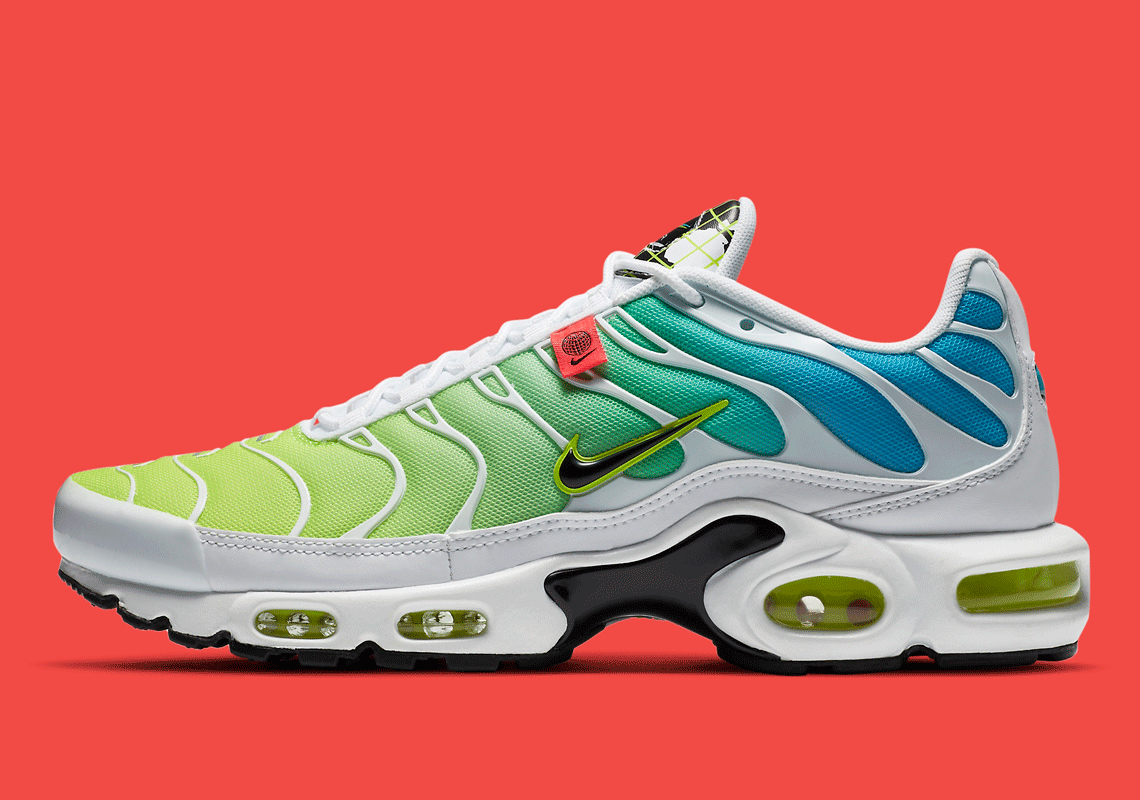 The Nike Worldwide Pack is adding the cult-favorite Nike Air Max Plus to its eye-catching roster, which already boasts Nike Sportswear classics.

Akin to adjacent pairs of the Air Force 1 and Air Max 95, this Tuned Air-cushioned silhouette indulges in a statement-making “White/Blue Fury/Black/Volt” palette. The most vibrant hues of the bunch fittingly appear in a gradient style across the Air Max Plus‘ mesh base; the model’s signature TPU overlays indulge in a subtle grey arrangement that also takes over the mudguard and spine. Profile Swooshes and globe graphics on the tongue further partake in a “Volt” makeup, while lateral tags introduce crimson flair into the mix. Sole units underfoot maintain their standard design while also boasting the aforementioned palette, but branding at the heel doesn’t. Instead, “Tn Air” badges read “Nw Air” as a callback to the pair’s inclusion in Nike’s “Worldwide Pack”.

An official Nike.com launch is still unknown, but this Air Max Plus “Worldwide Pack” is likely to arrive during the summer. In the meantime, enjoy official images of the pair here below.

For more from NIKE, Inc., check out the Jordan 3 Royal, which drops on June 26th. 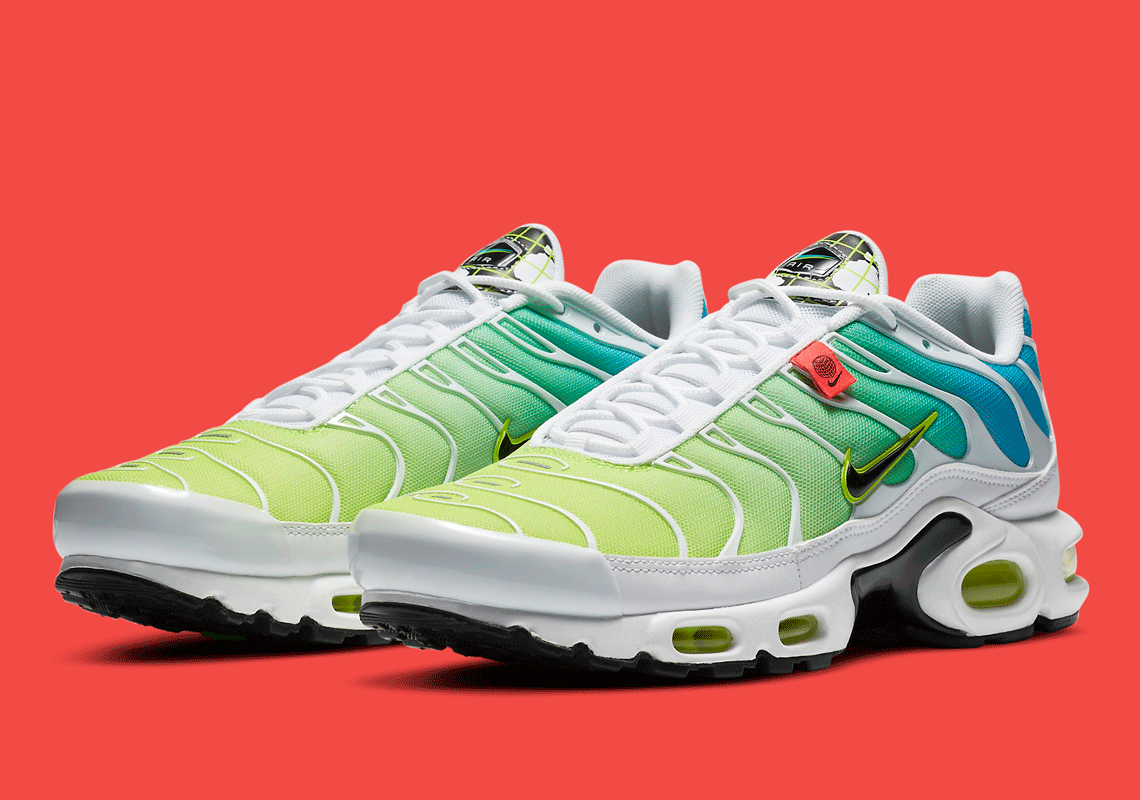 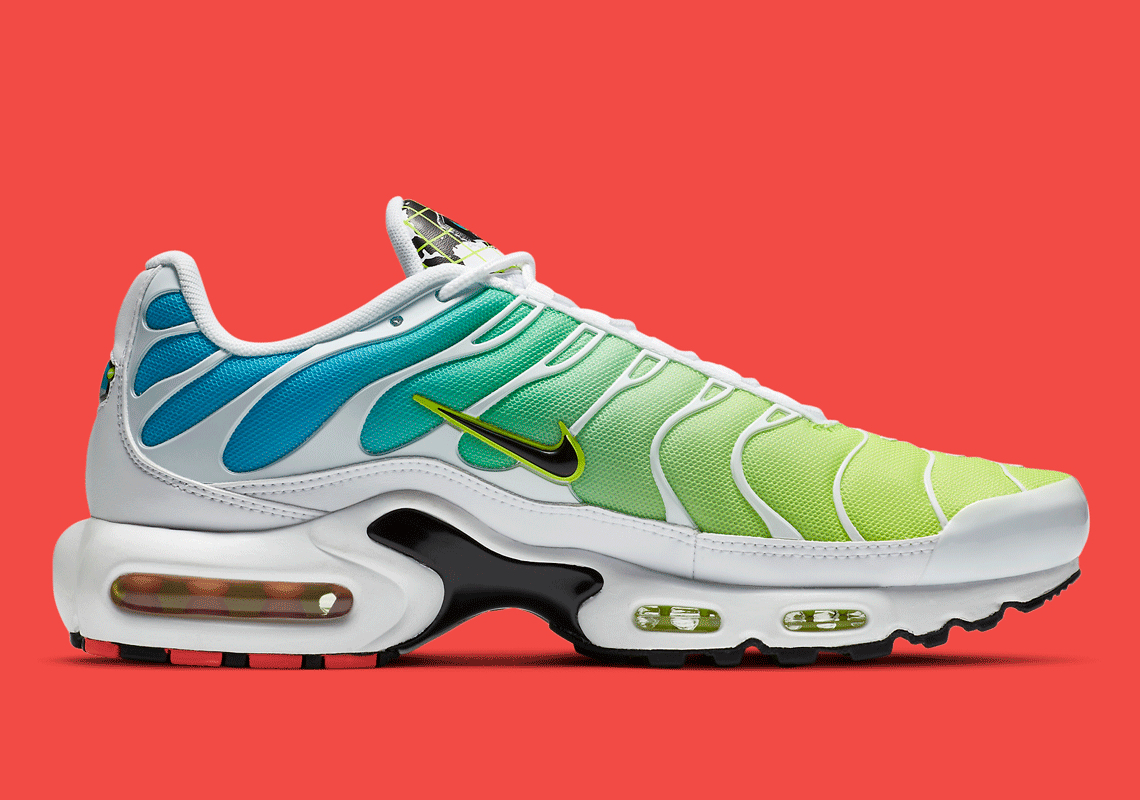 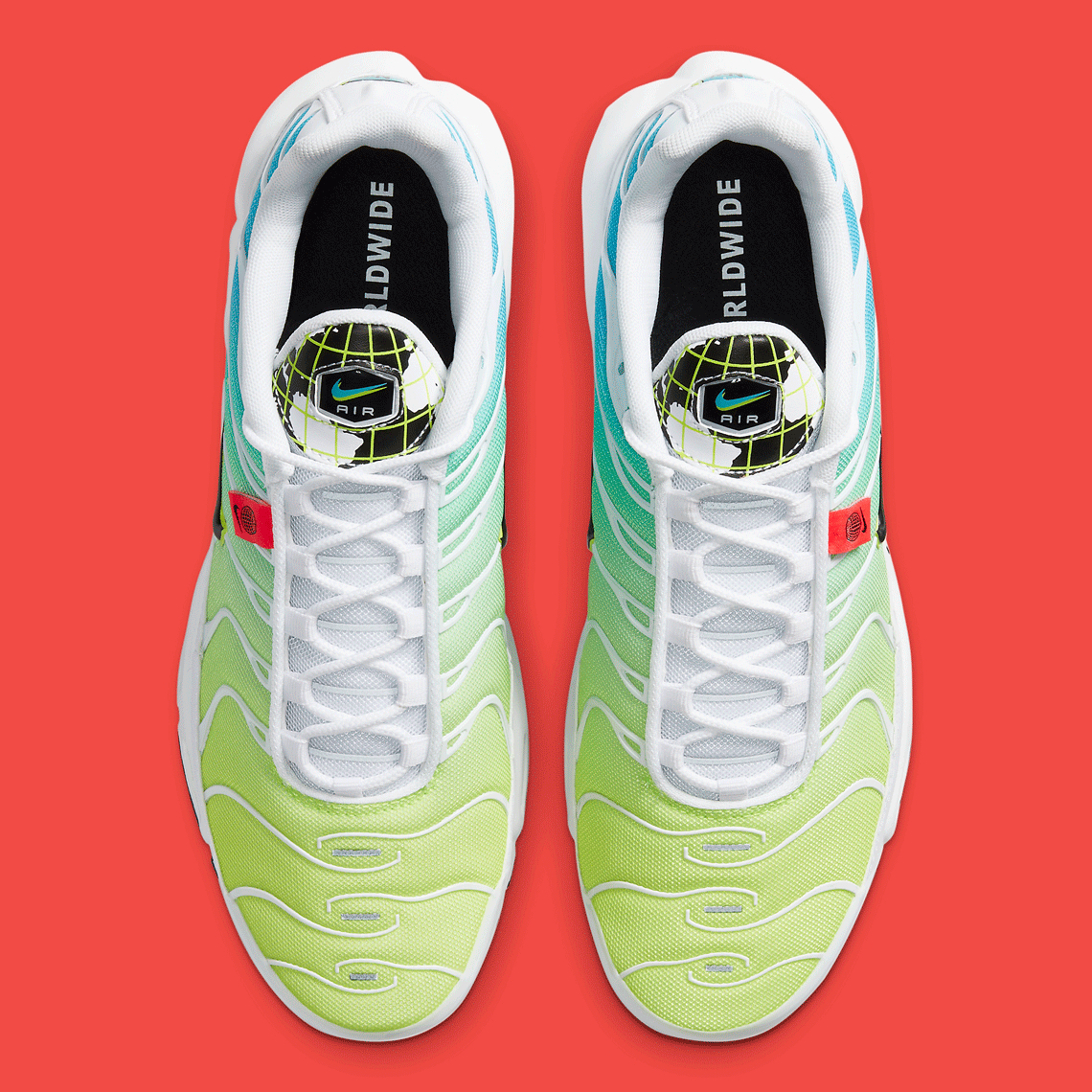 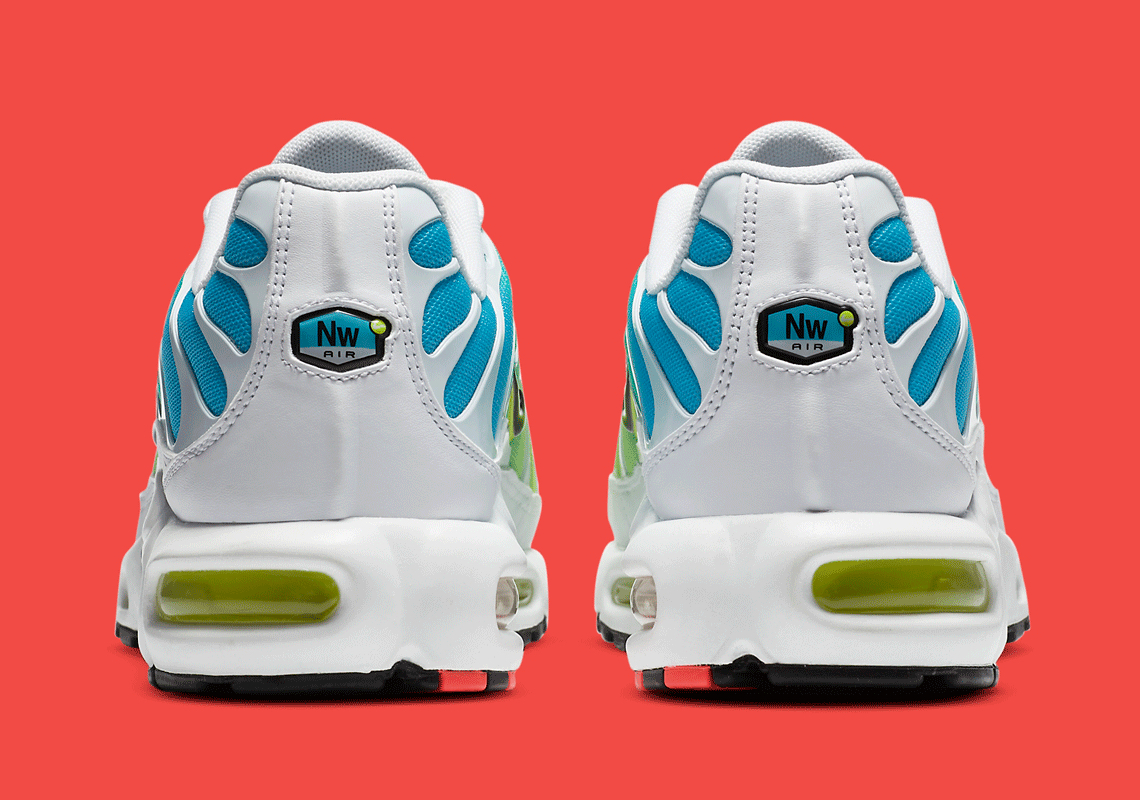 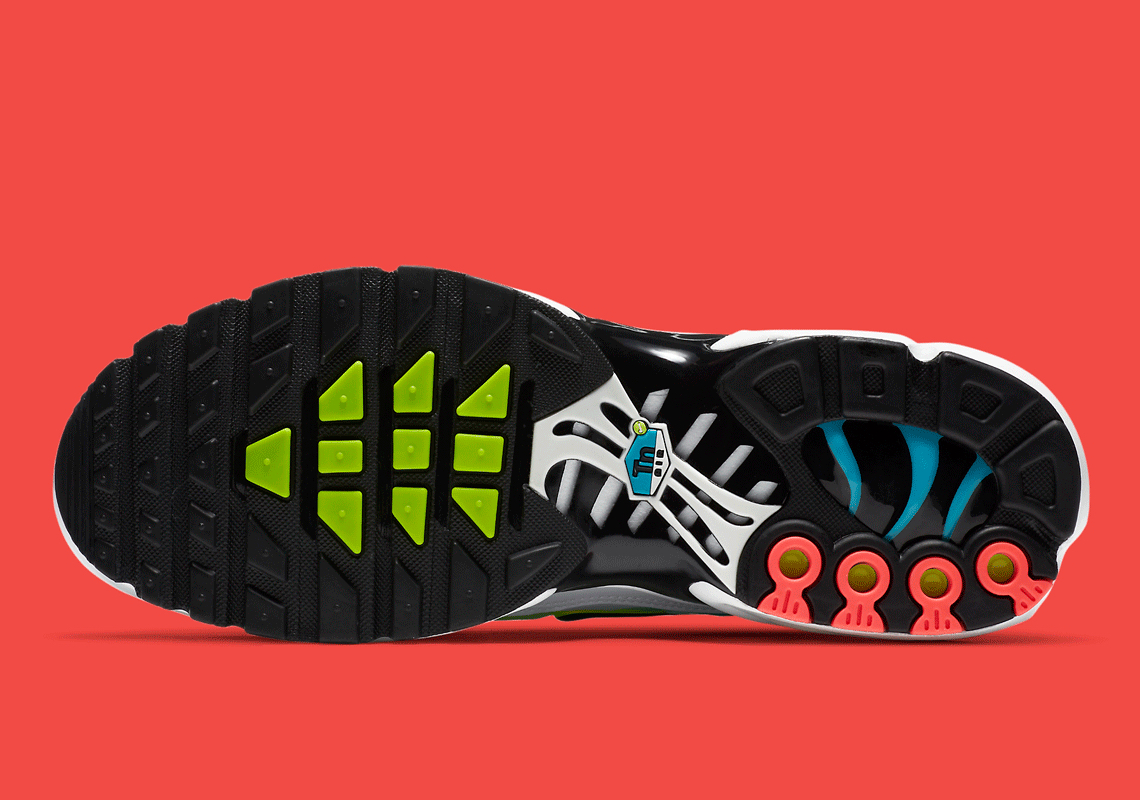