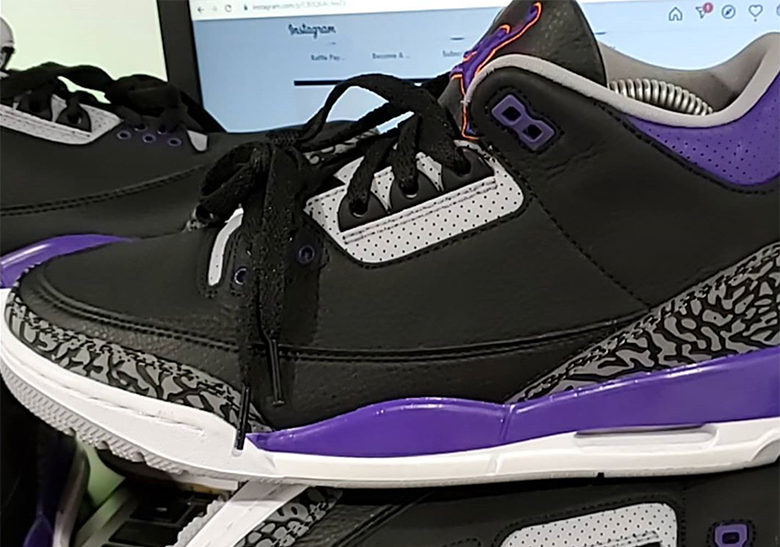 The Air Jordan 3 “Lakers” May Be Cancelled

Late last year, an Air Jordan 3 Retro with a colorway closely matching a 2016 Player Exclusive made for Kobe Bryant was confirmed, pointing to a November 2020 release date. However, in recent days, news of a cancellation has surfaced, stopping a sneaker release before it ever saw the light of day. Today, however, a first look at the rumored-to-be-scrapped Air Jordan 3 “Lakers” has been revealed, and it closely resembles the PE made for Bryant as part of Jordan Brand’s breathtaking tribute to the Laker legend during his farewell tour.

In another twist, these first images suggest that the Jordans may not even be a “Lakers” colorway after all. While there is the royal purple on the midsole, ankle collar, and Jumpman on the tongue, the border around the Jumpman silhouette appears to be orange. So were these never a “Lakers” theme in the first place, but rather a “Suns” suit? Check out the photos ahead and stay tuned for an update as additional photos of these Air Jordans are likely to surface.

In other AJ3 news, the Jordan 3 “Royal” is set to drop on June 26th in Europe and Asia. 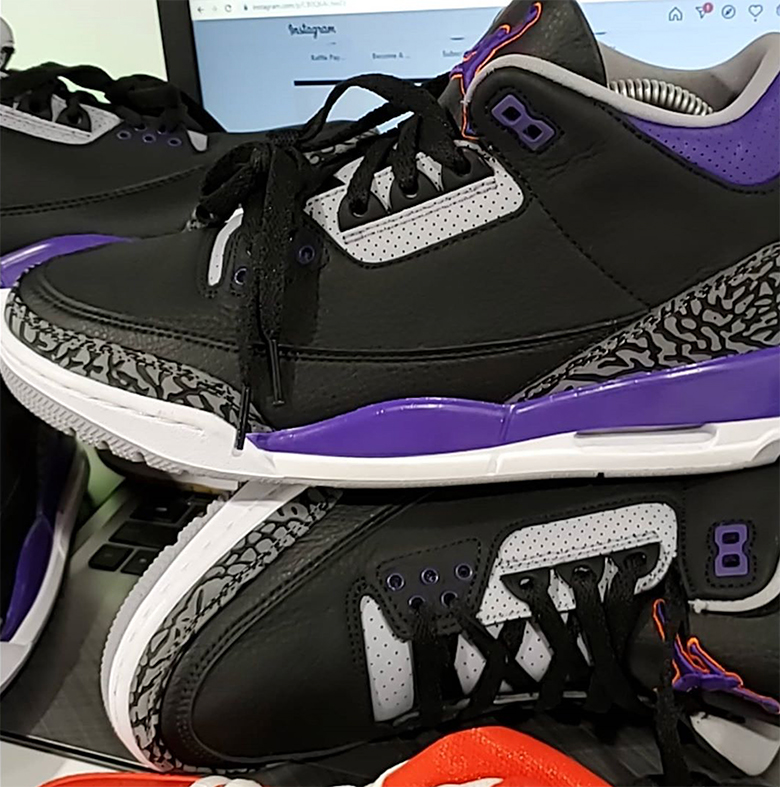 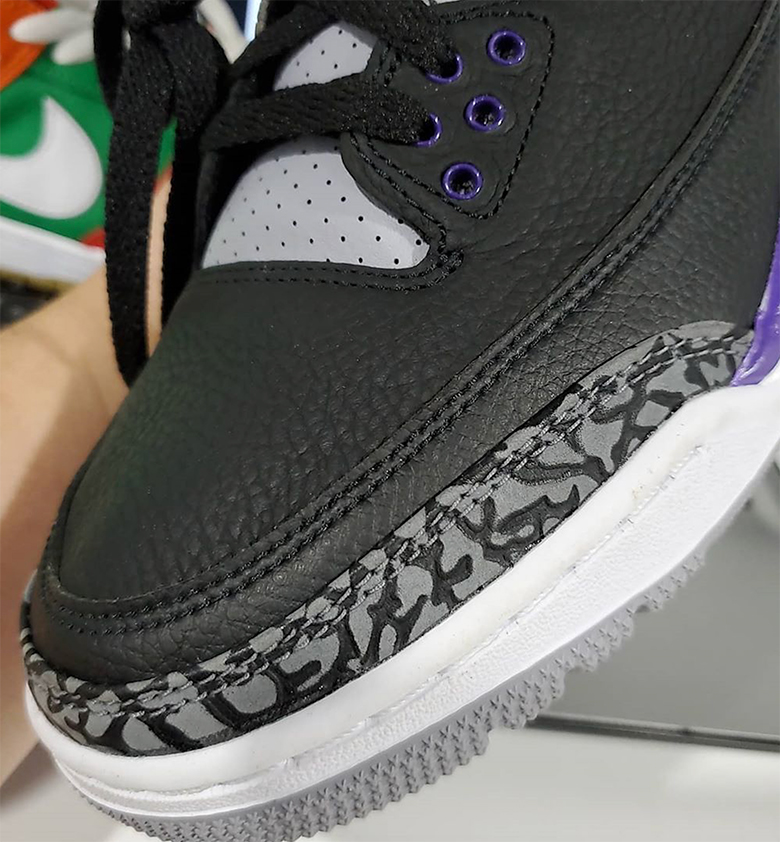