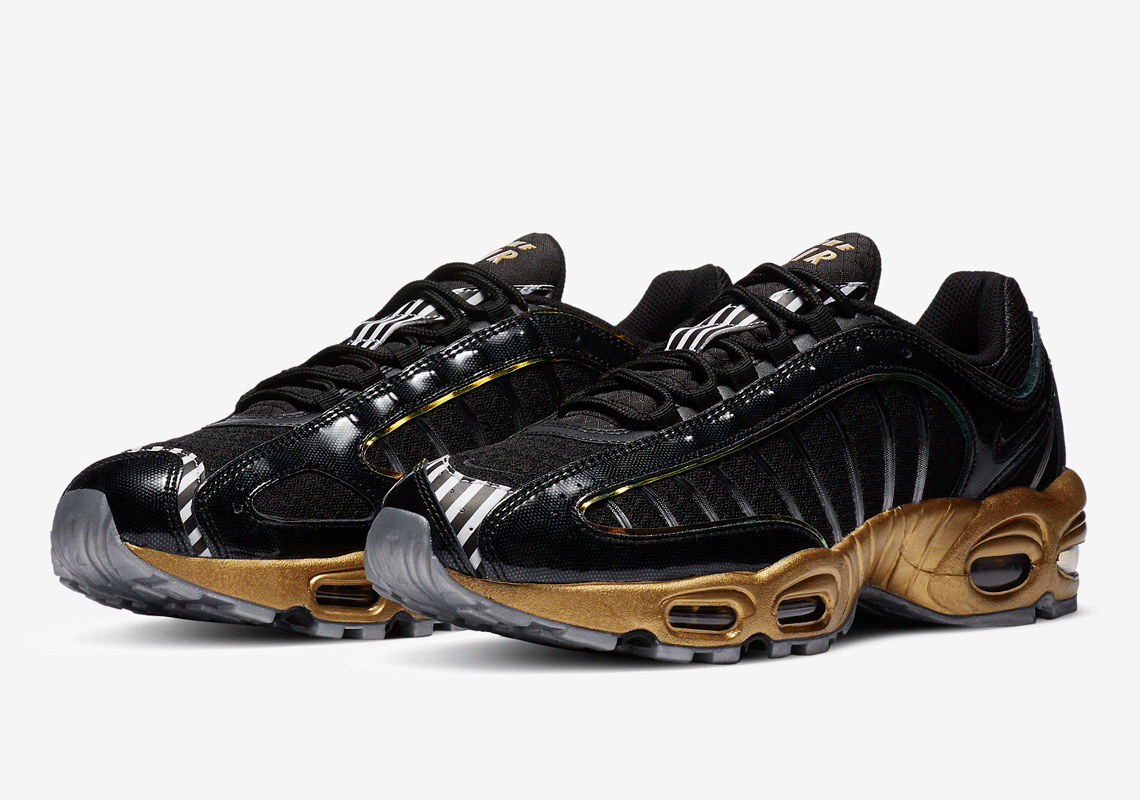 The Nike Air Max Tailwind IV continues its retro release run with an impressive “Black/Metallic Gold” arrangement. Instead of drawing inspiration from sports team colors, the Nike ACG line or the ’90s, the latest from the beloved trainer has found its muse in both Earth and Mars.

Uppers on this Air Max Tailwind IV keep their standard mixed-materials construction, which is predominantly clad in “Black” and a shimmering “Black Metallic”. Overlay lining at the midfoot and along the heel boast a copper-like gradient that works in tandem with “yin-and-yang” schemes throughout the profile, forefoot, tongue, and heel to further interrupt the pair’s dark palette. Underfoot, sole units comprise of a “Metallic Gold” midsole (save for the Max Air windows) and silver outsole combination. While eye-catching, this tooling is arguably the pair’s second-most interesting detail; each shoe features the contents of Earth (right) and Mars’ (left) atmospheres listed à la “Nutrition Facts” on its sockliner.

An official release date is still unknown, but this Air Max Tailwind IV is likely to launch on Nike.com by the end of the year alongside other planet-inspired pairs. In the meantime, enjoy official images of these shoes here below. 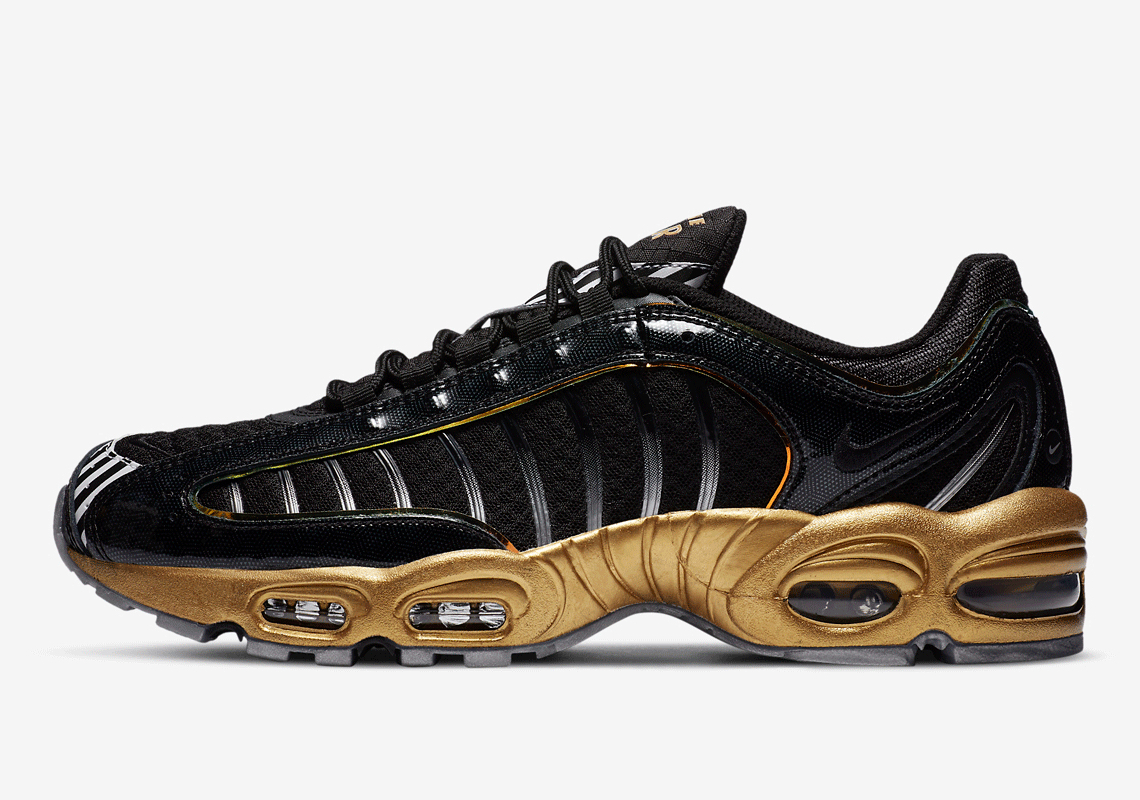 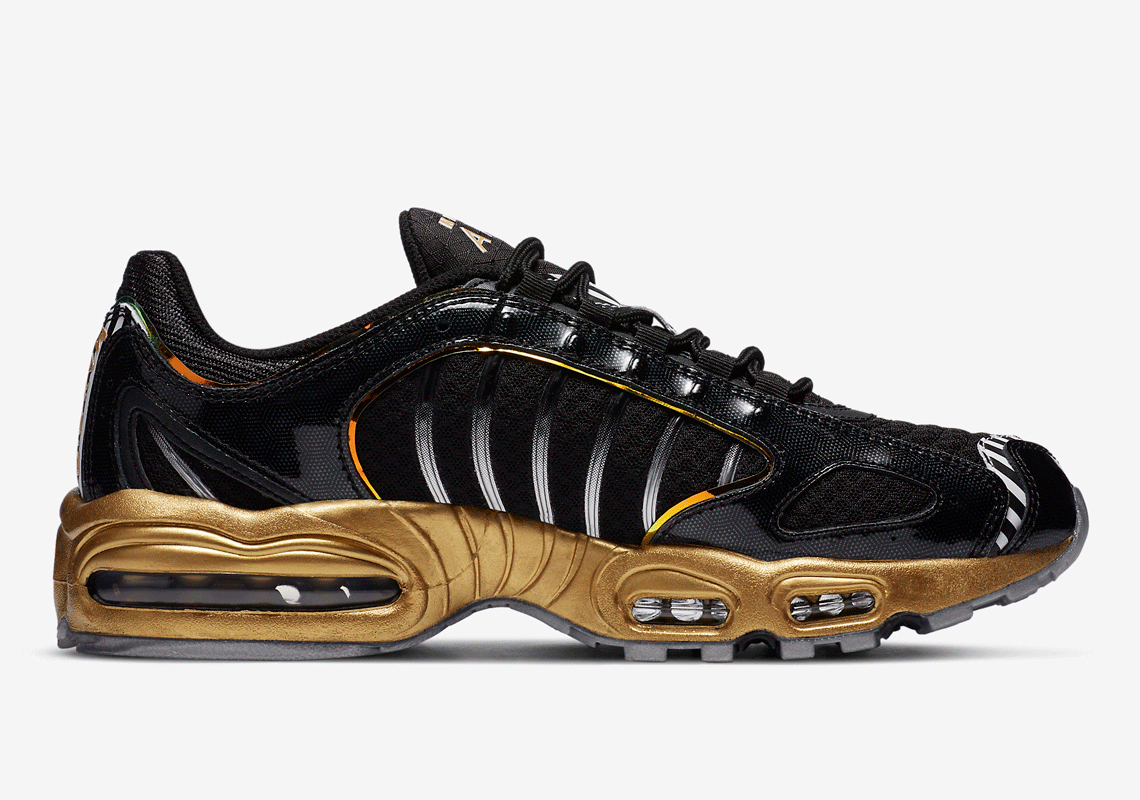 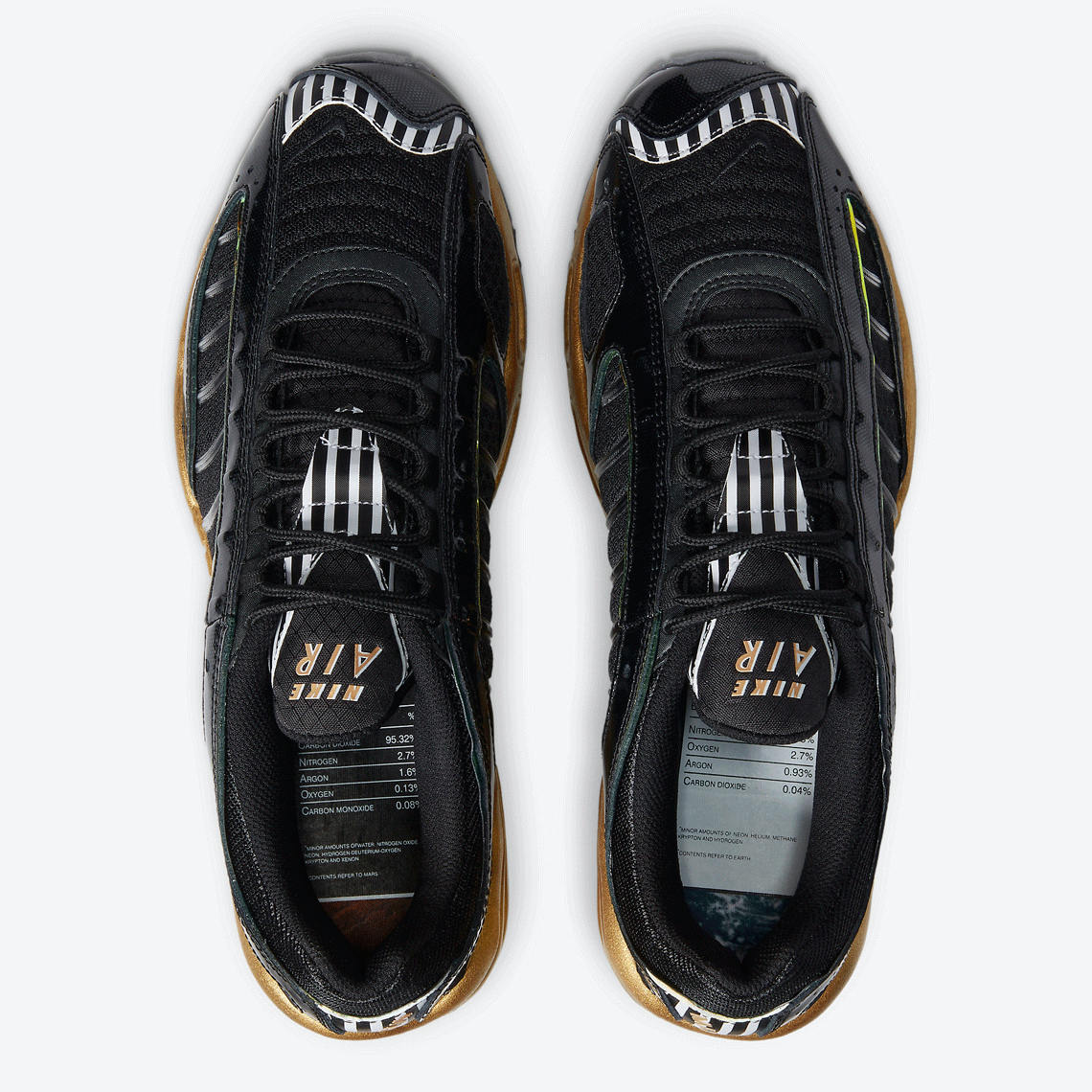 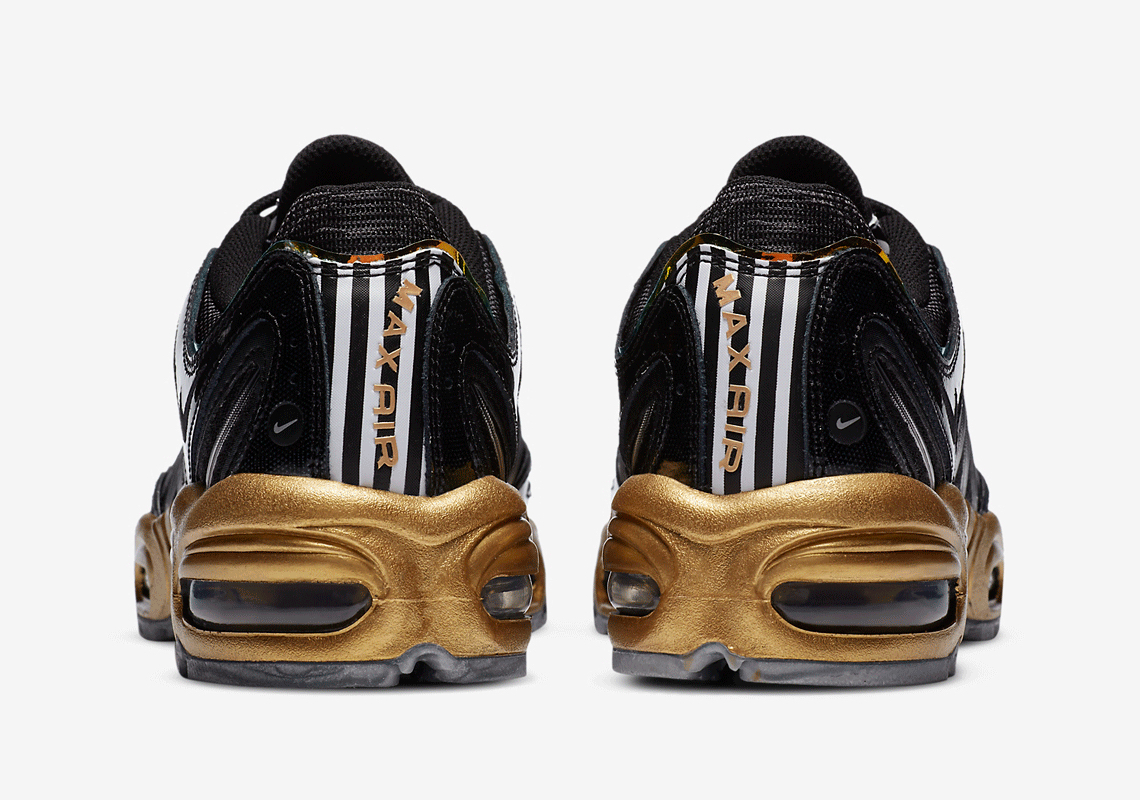 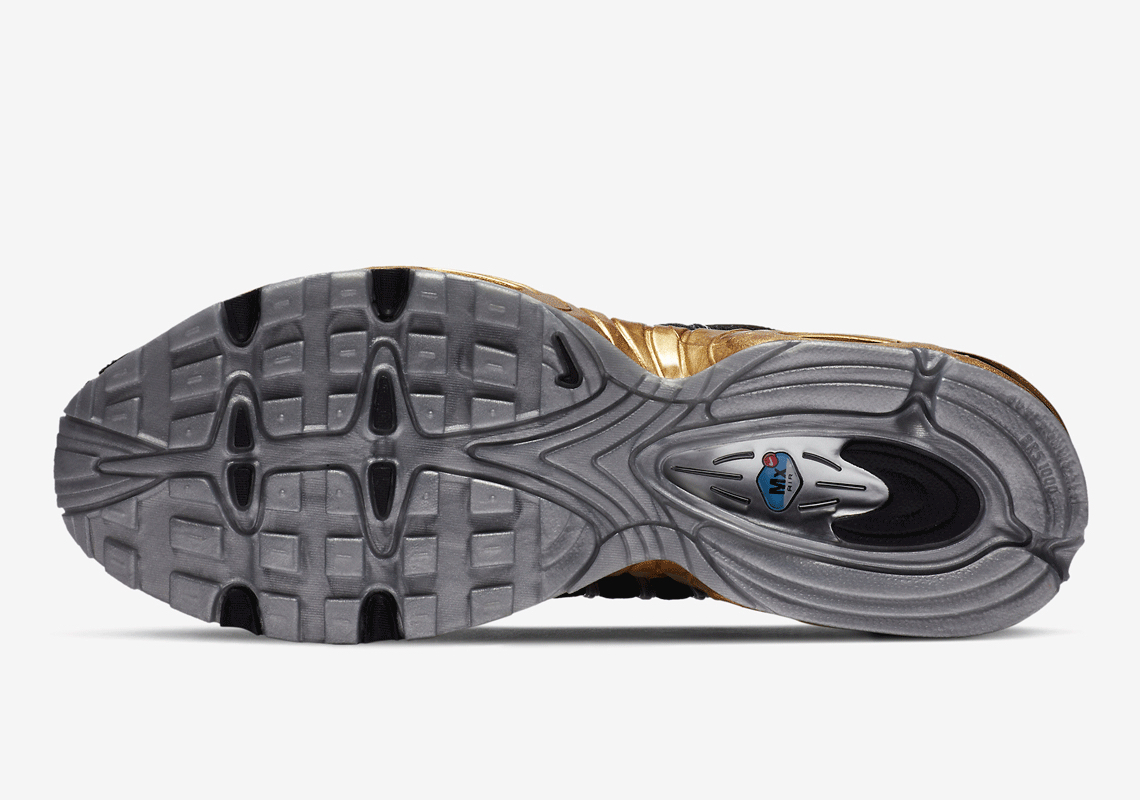