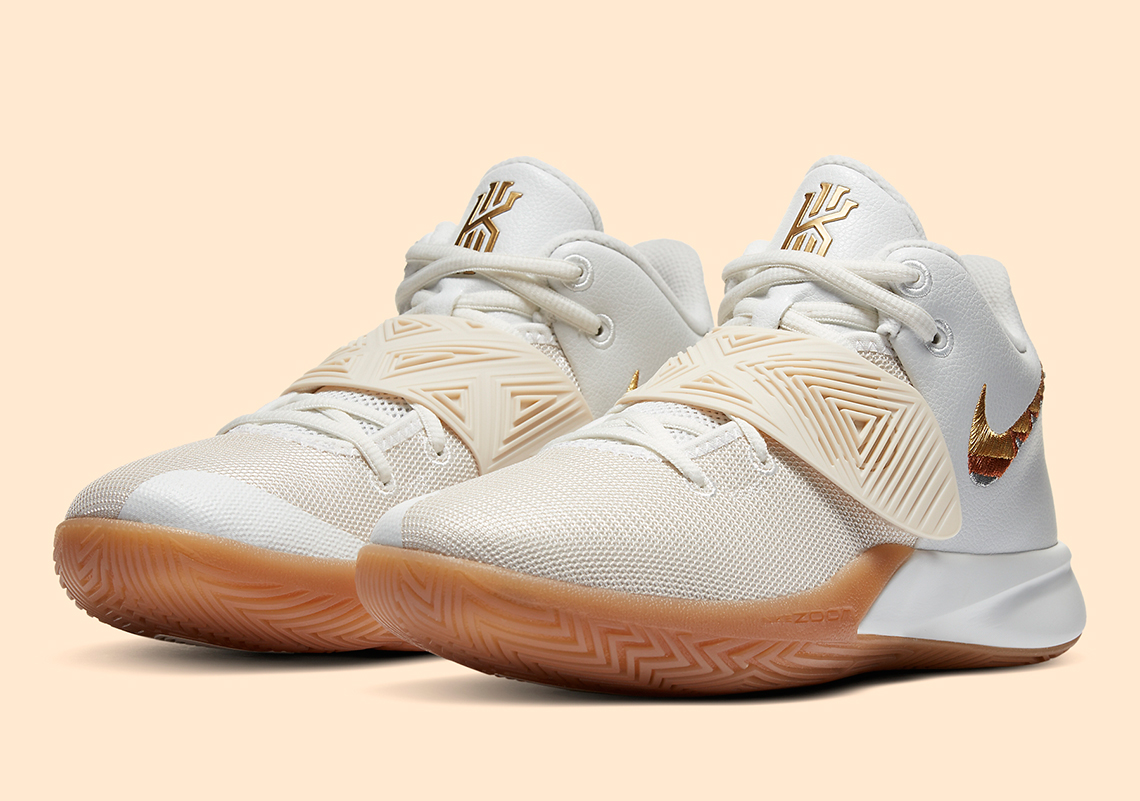 Although forced to be sidelined for the rest of the Orlando bubble season due to injury recovery, nifty point guard Kyrie Irving is still very much connected to the world of basketball through his signature footwear. Over the past several days, he’s taken a brief intermission from pushing his Kyrie 6 staple, and instead brought more attention to his newer budget friendly silhouettes such as the Kyrie Low and Kyrie Flytrap — both of which have entered into the third chapter of their legacy. The latter has just revealed its newest update which comes packaged with interesting details.

Zoom in on the Swooshes and you’ll find that they’ve been intricately woven with tribal patterns — which are possibly inspired by the recently dropped Kyrie 6 N7 offering — that alternate between metallic coppers and golds. Upper constructions arrive split down the middle, the forefoot treated with barely tan synthetics, while the rear is formed with white tumbled leathers. Additional elements to point out include that of the Kyrie tongue logos coated with gilded exteriors, followed by the outsoles which are swathed with gum coatings for some lifestyle flair. If you’re looking to cop, they’re available now on Nike.com for a wallet-friendly $80 USD.

In unrelated news, a new olive New Balance 327 colorway for women has been revealed. 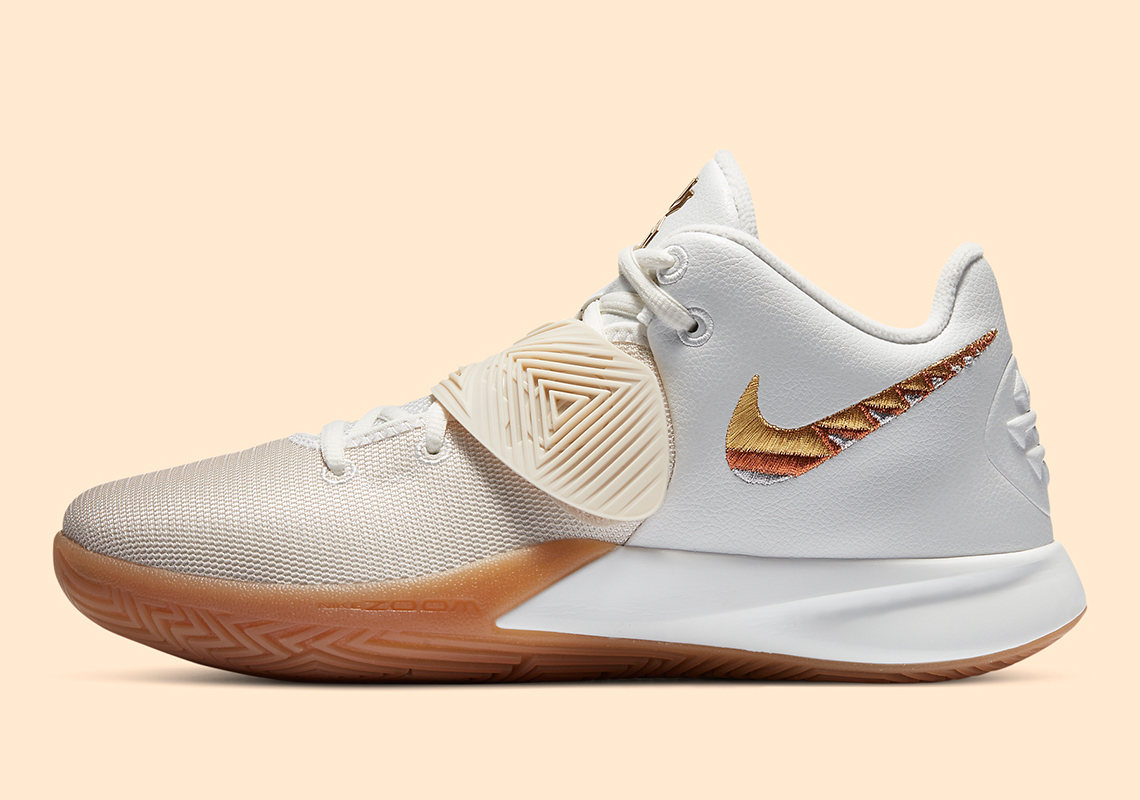 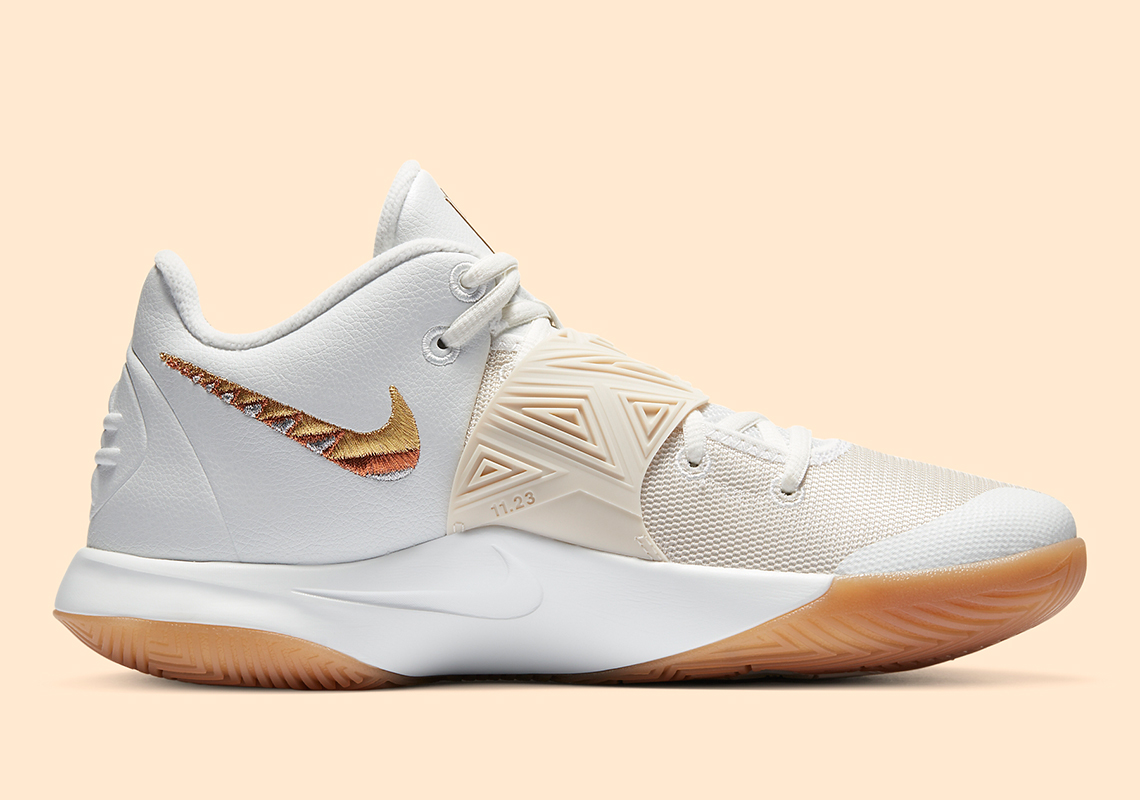 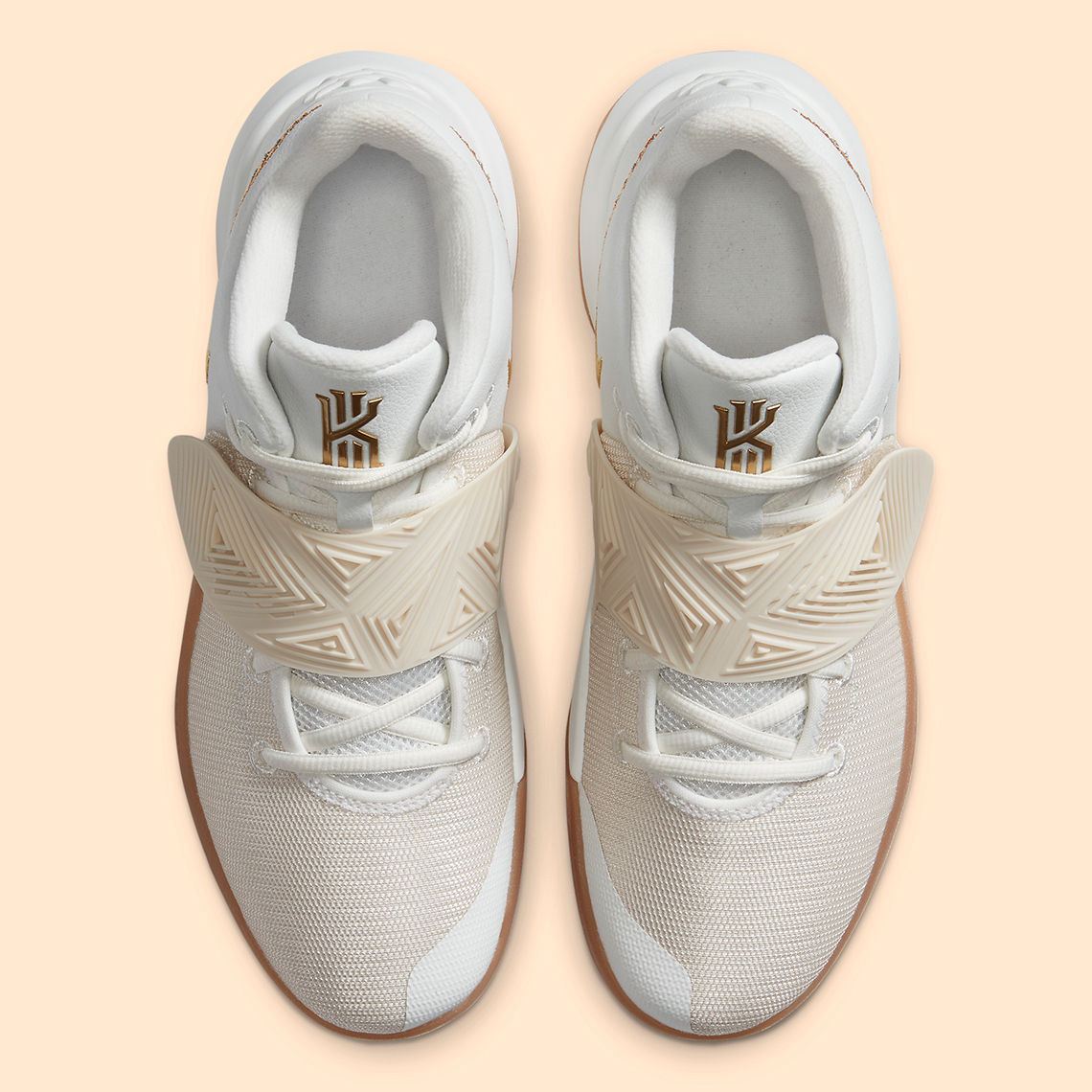 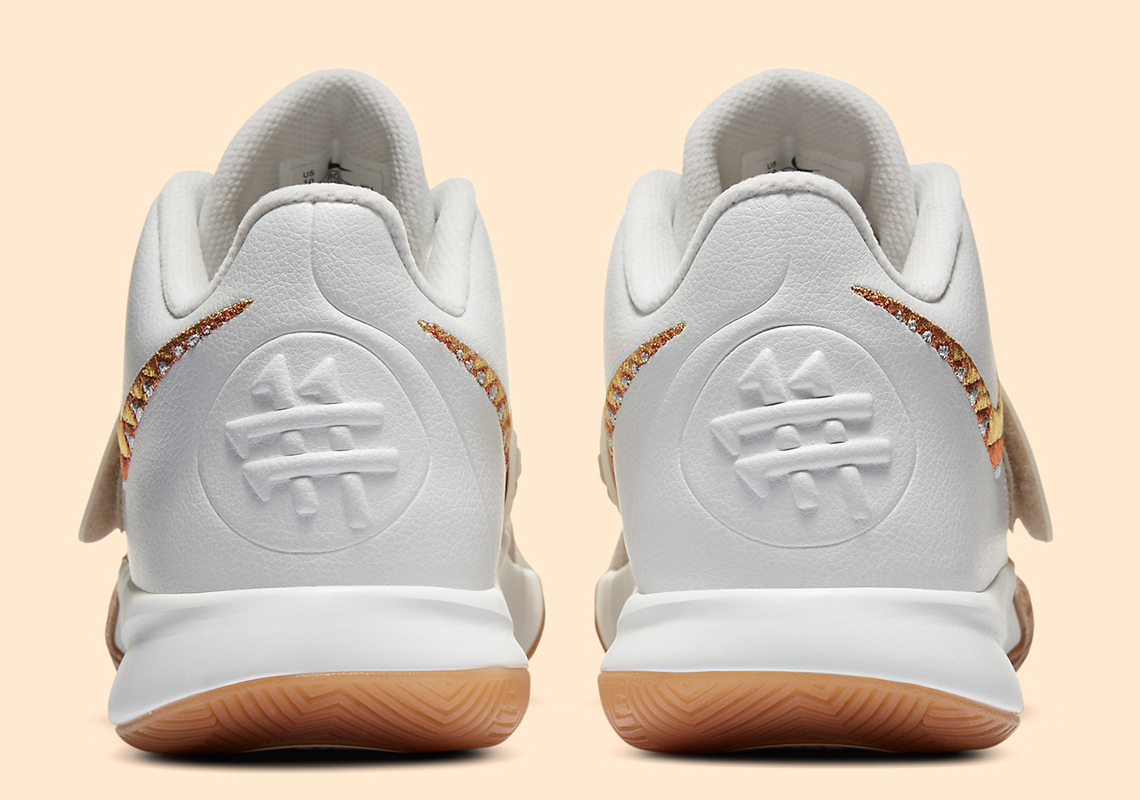 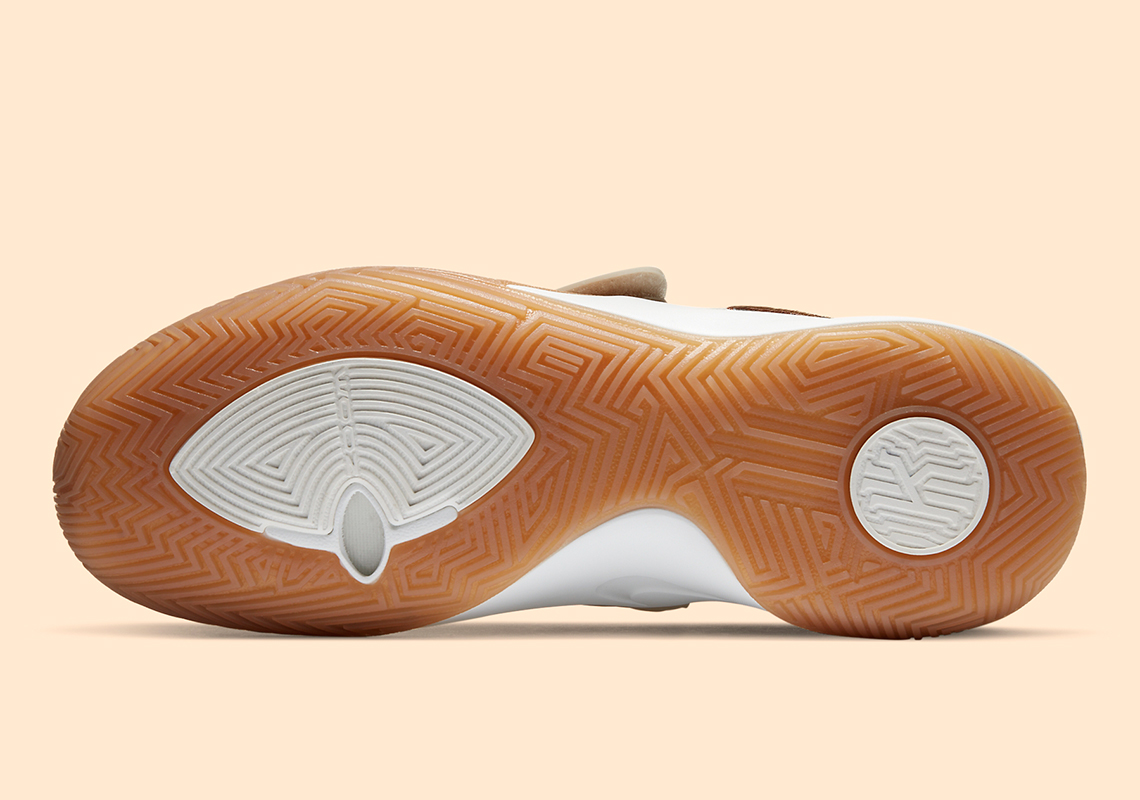