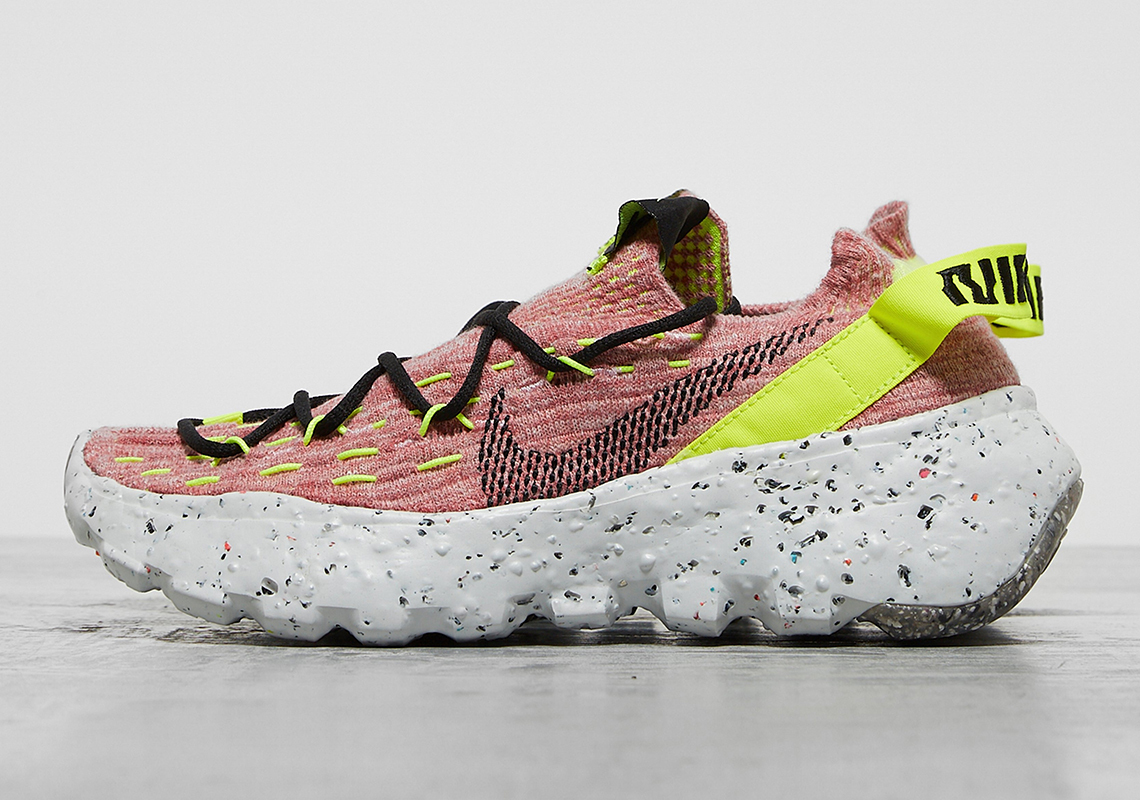 Despite being composed of recycled yarn, Nike’s Space Hippie collection seems to have no shortage of choice in terms of color as the brand has already delivered a great deal of options this past month alone. And down the road, it seems we’re to expect an even greater deal of variety as this newly revealed Space Hippie 04 certainly indicates.

Unique relative to the grey knits used prior, the upper arrives entirely colored with a heather red — its weave marbling in bright shades balanced by what looks to be achromatic notes. Above, Volt is utilized once again, though it’s relegated to a supporting role as it only stitches through the forefoot and colors the attached heel pull. “Nike” branding bears digital imprint in black thread, matching that of the swoosh along the side as well as the laces that run parallel to the aforementioned neons. Toolings, which are most likely restricted to certain shades, then support in light neutrals speckled with remnants of previous productions.

Grab a detailed look at this upcoming pair here and sit tight as we await word on its Nike.com release.

In other news, an Alternate Mag Adapt BB 2.0 is in the works. 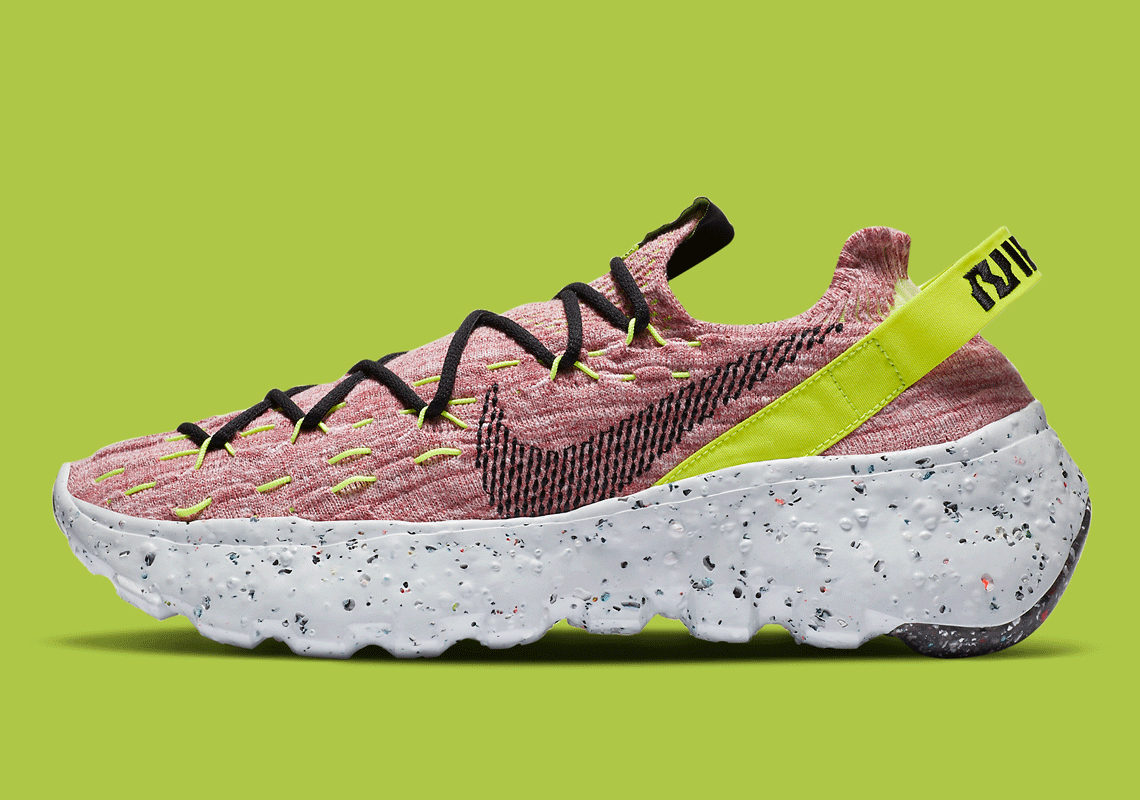 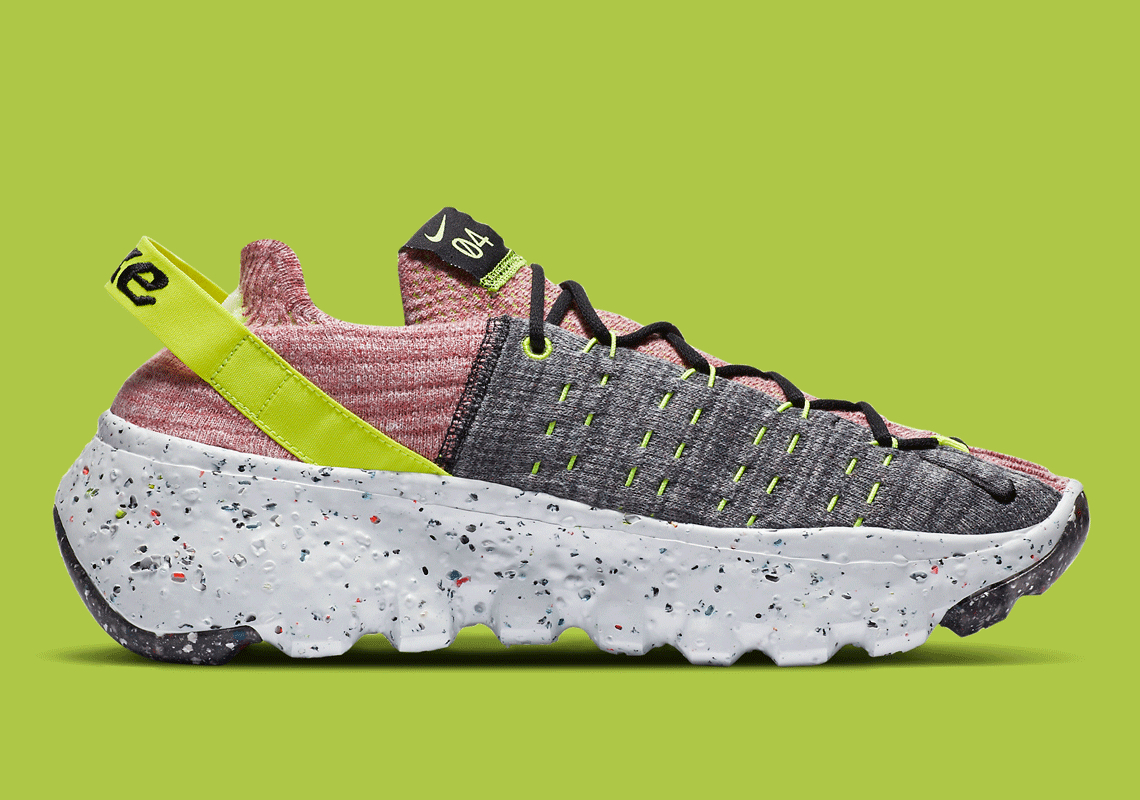 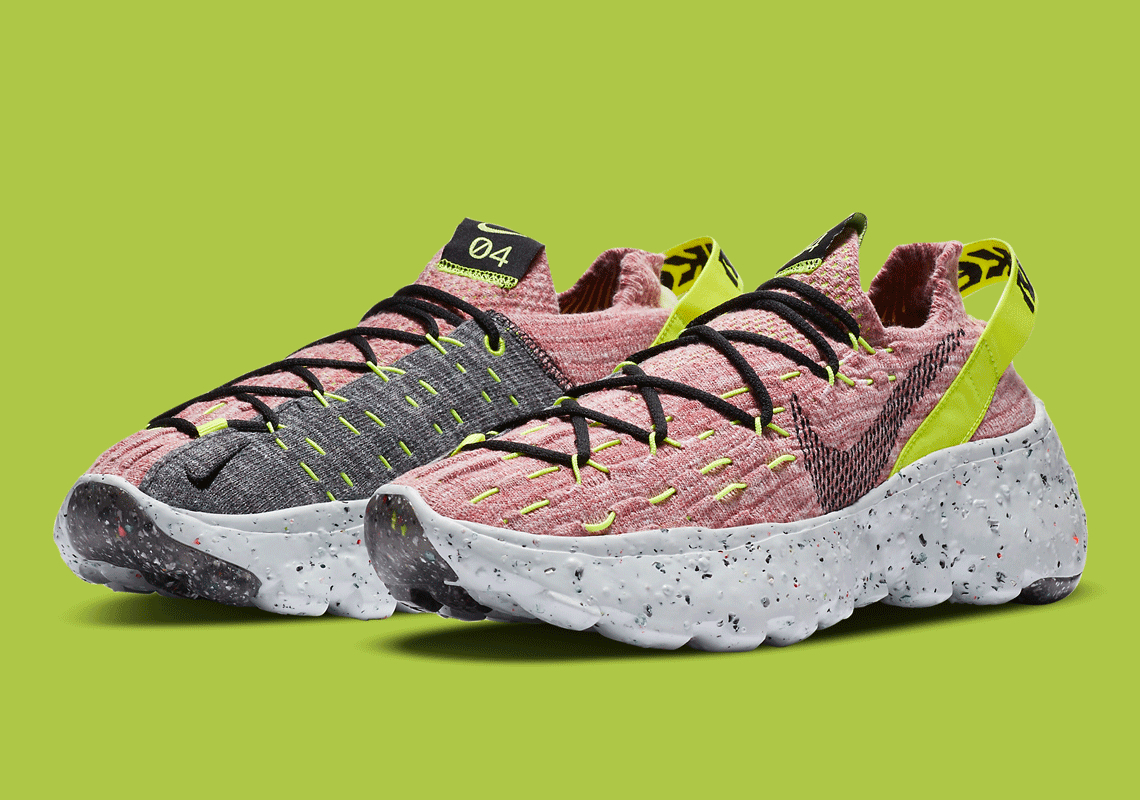 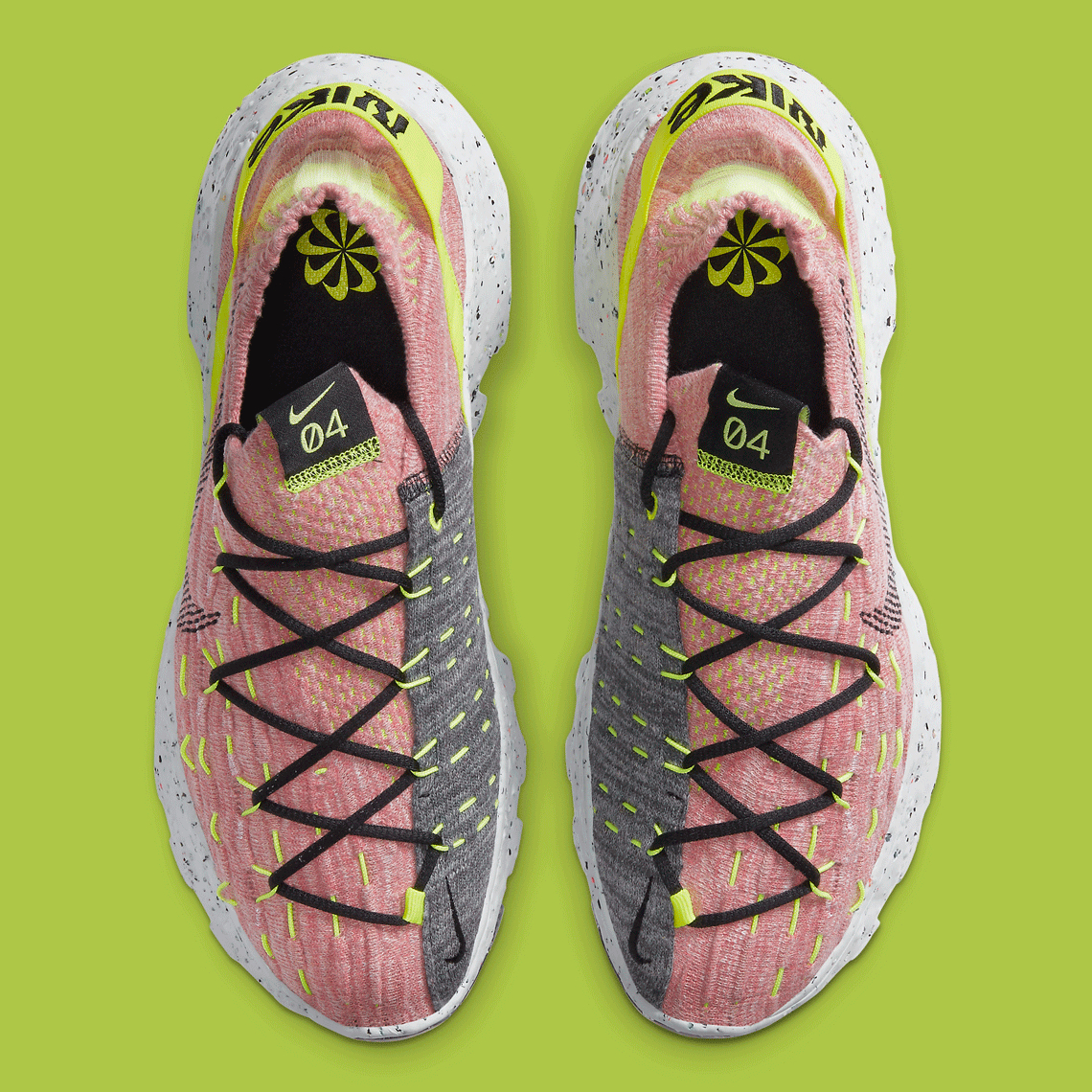 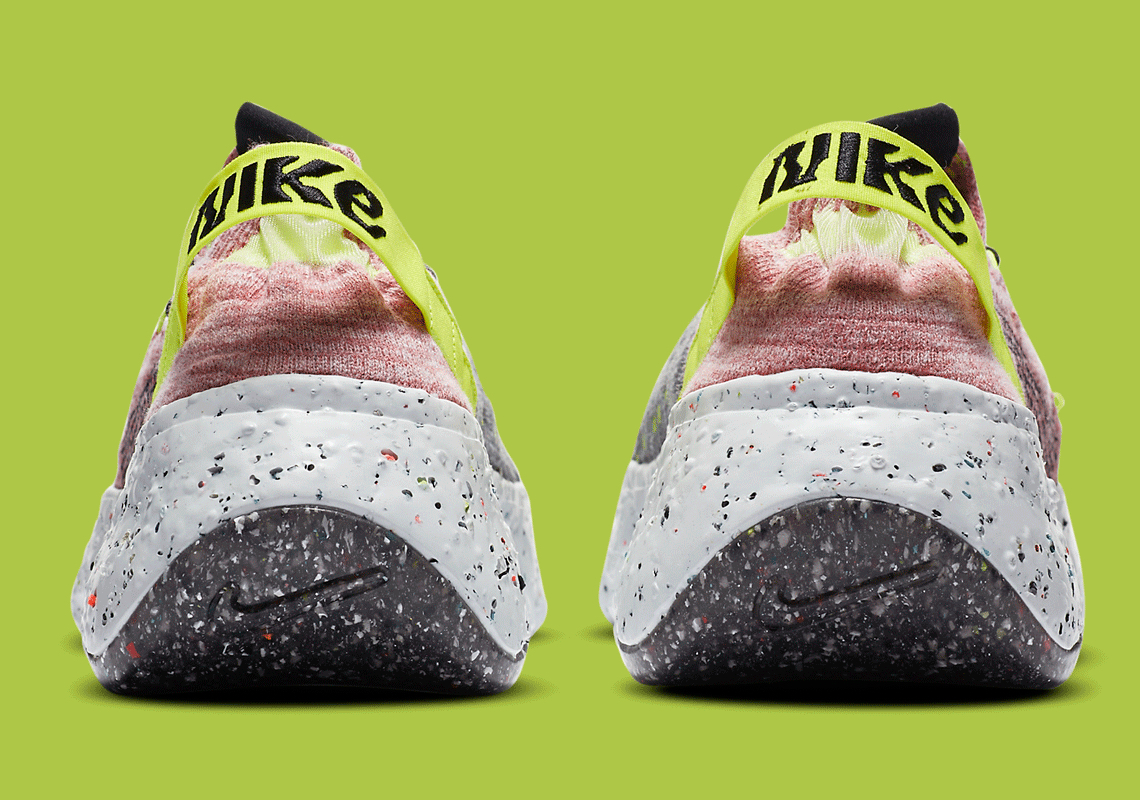 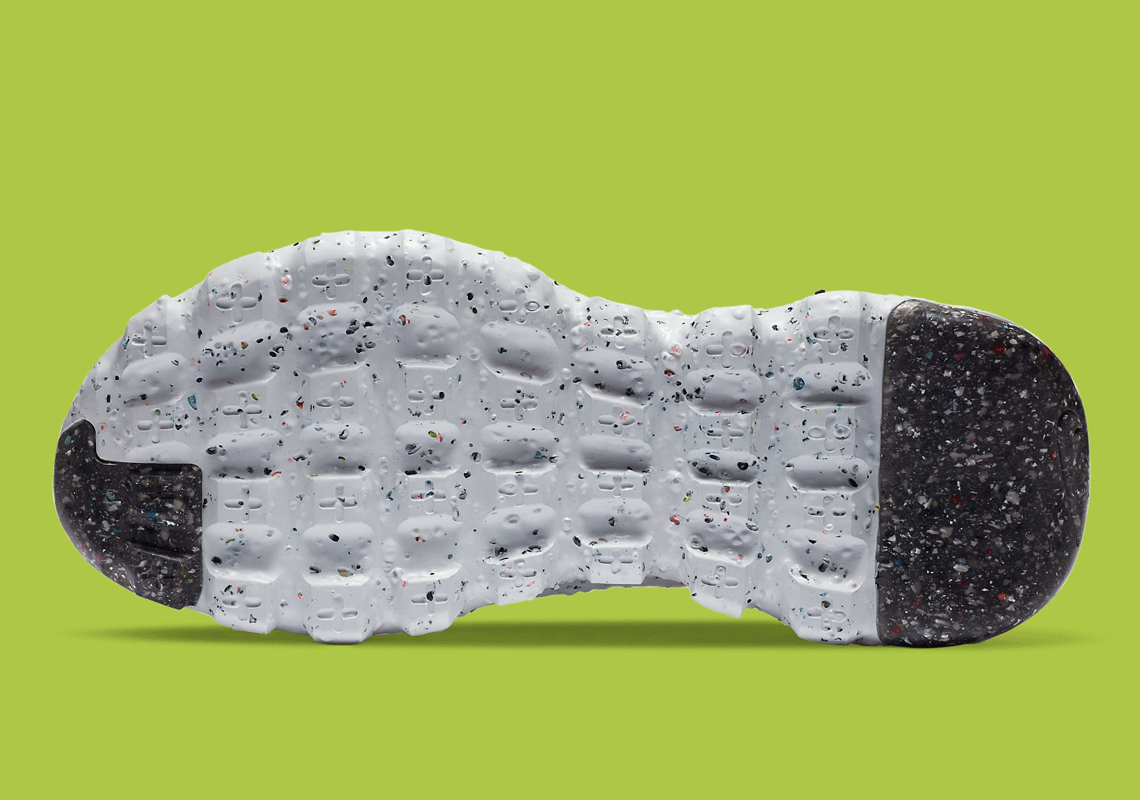 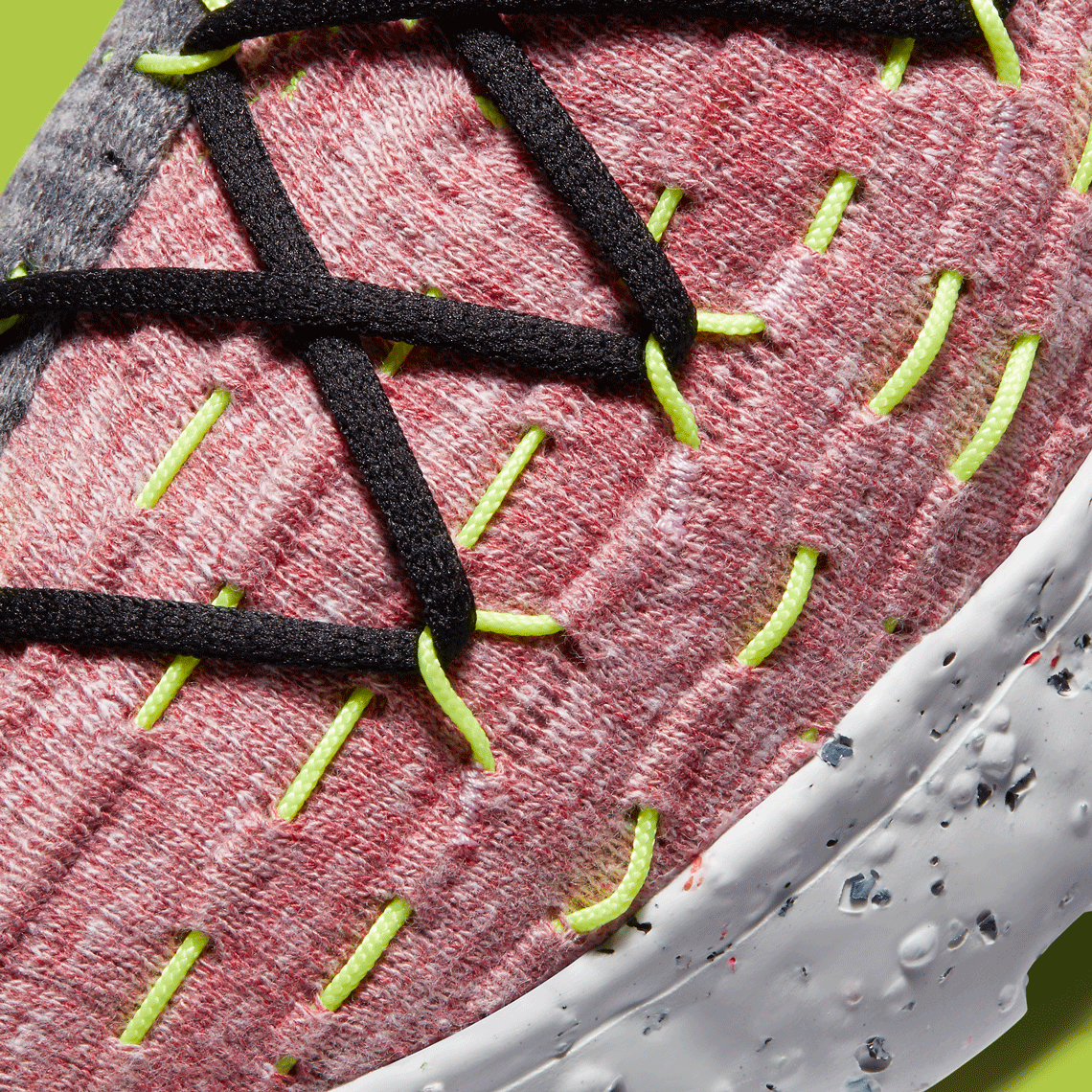 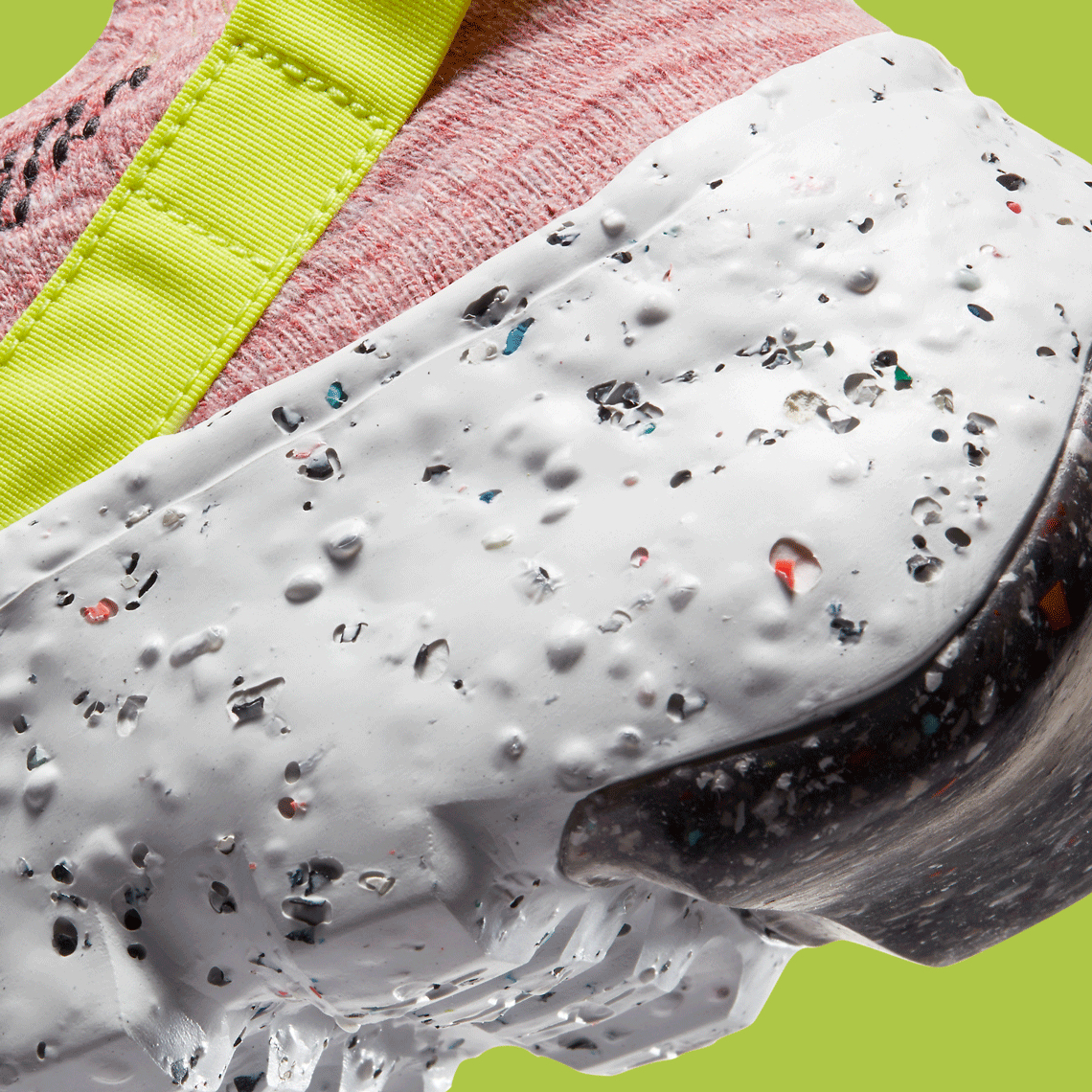 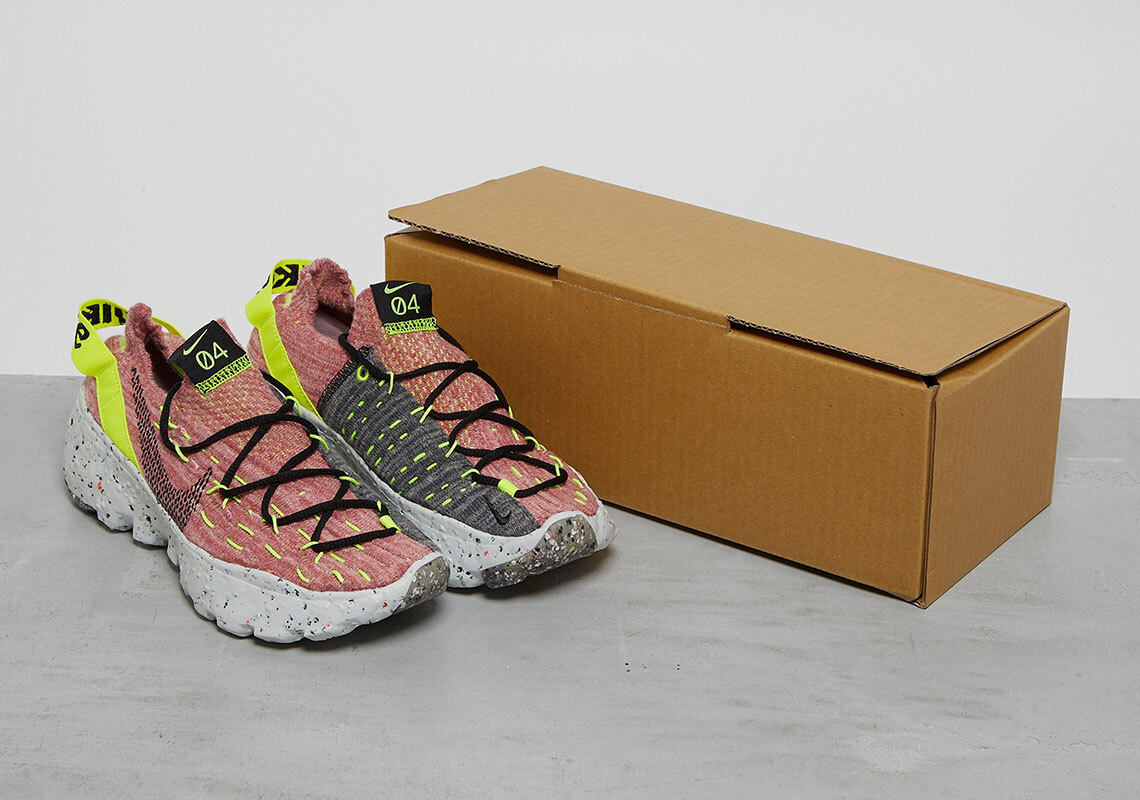 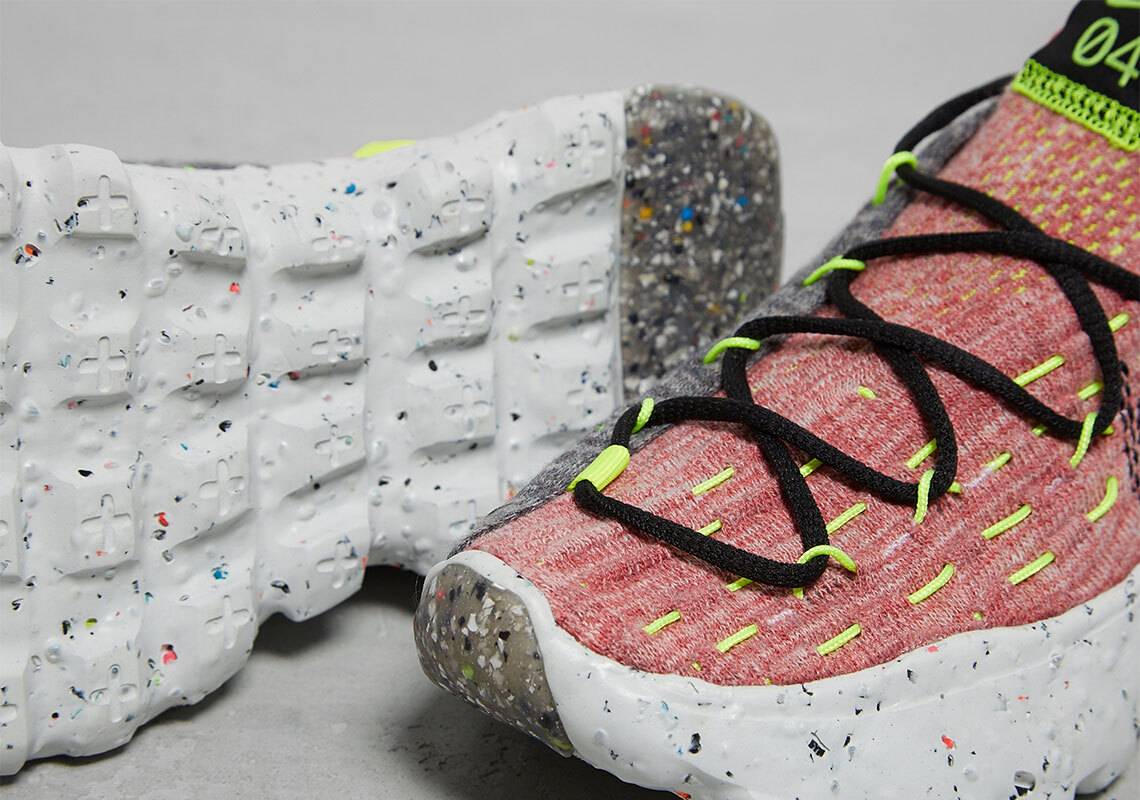 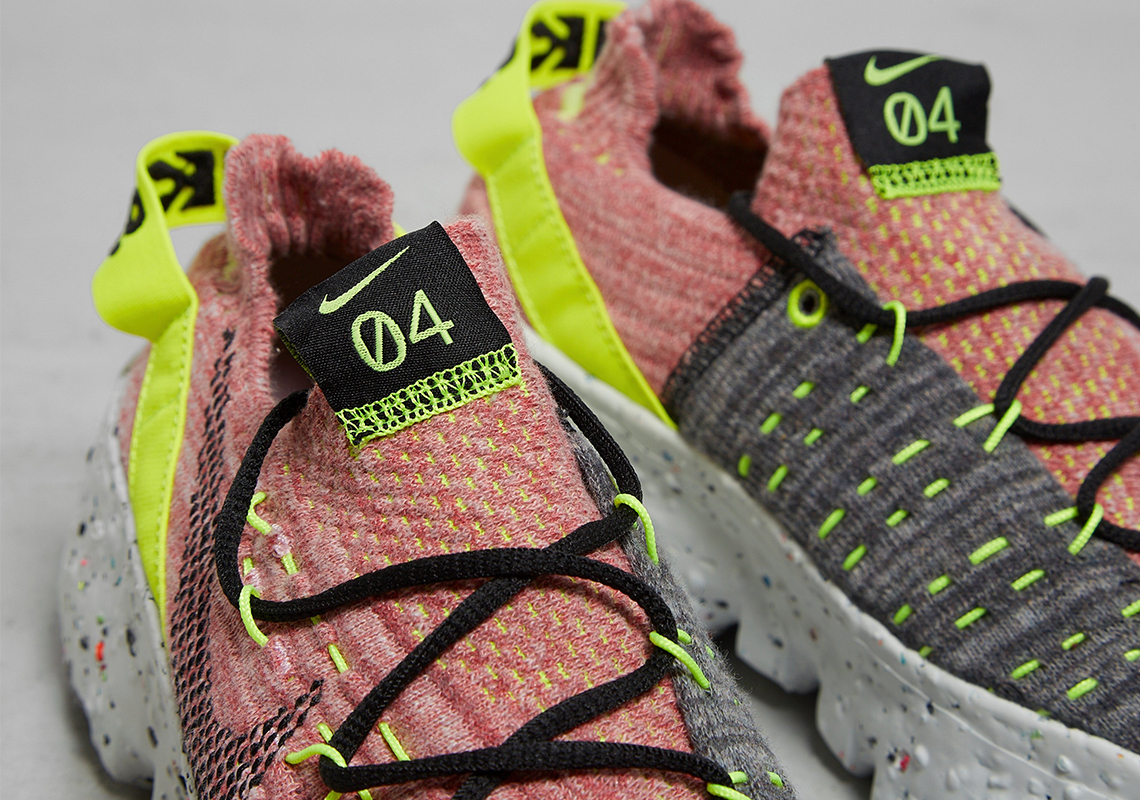 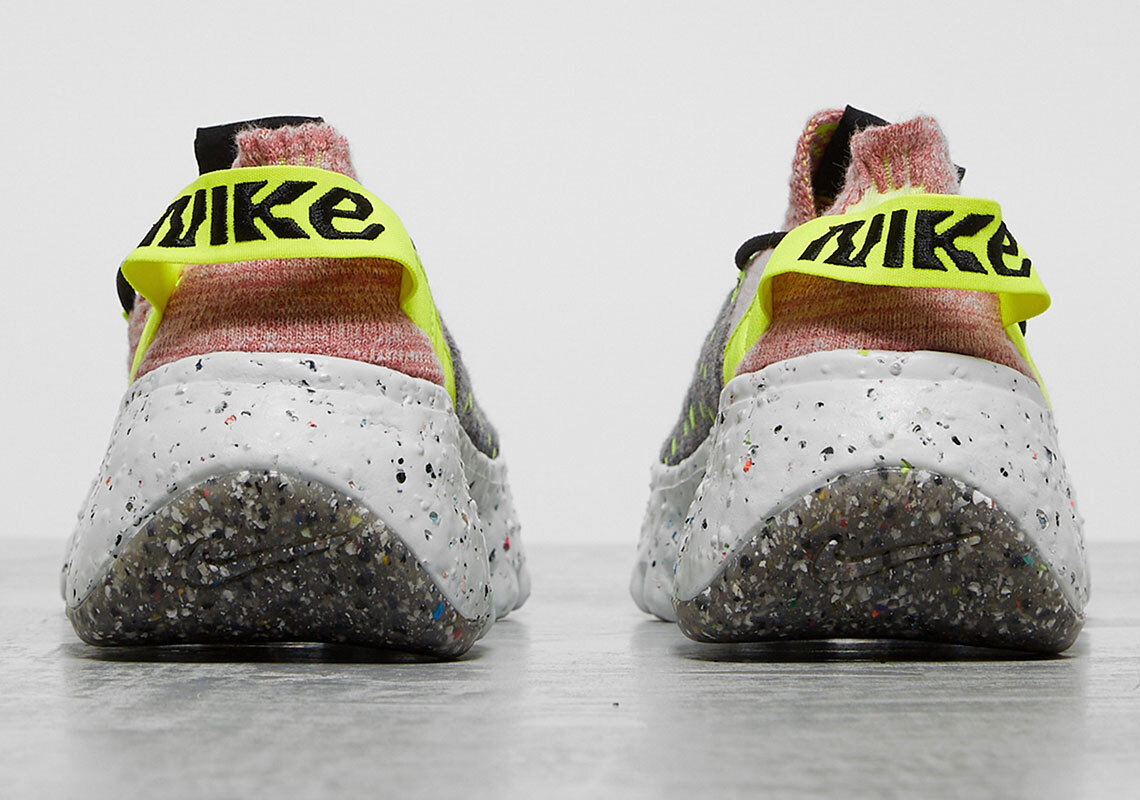