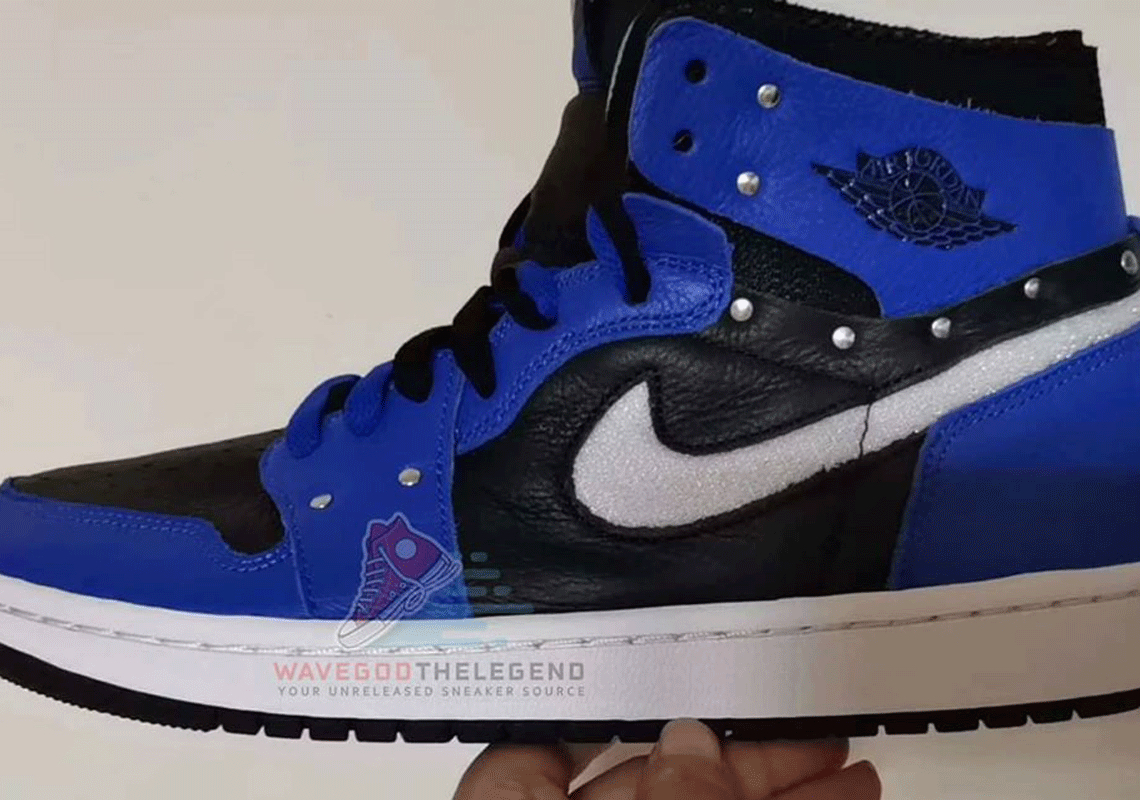 Air Jordan aficionados may be divided into two categories: purists and non-purists. The former group only enjoys silhouettes and colorways Michael Jordan wore throughout his 15 seasons in the NBA; the latter is a lot more lenient with what it’ll buy and wear. A newly-surfaced Jordan 1 High, however, may even have enthusiasts on the non-traditional end “on the fence” with its unusual materials, which include metal stud attachments.

Clad in a rich blue and black arrangement, tumbled leather uppers deliver a color scheme similar to the silhouette’s 1985 inaugural roster, although the “Royal Blue”-reminiscent hue extends itself from the heel and ankle to lace guards, quarter panel, and forefoot overlay. In-between, black takes over this pair as with some of the most beloved pairs of the Jordan 1 from the last 35 years. Profile Swooshes opt into a white composition ostensibly shaped with foam; collars and tongue lining also reveal the lightweight material. And while this construction and tongue logo are notable, they’re overshadowed by the protruding, shimmering embellishments along the profiles that seem to hold the model’s iconic ankle flaps in place.

Full release details are still unknown, but this fashion-forward Jordan 1 may have a Nike SNKRS launch in the near future. For now, enjoy initial teaser images of the pair ahead. 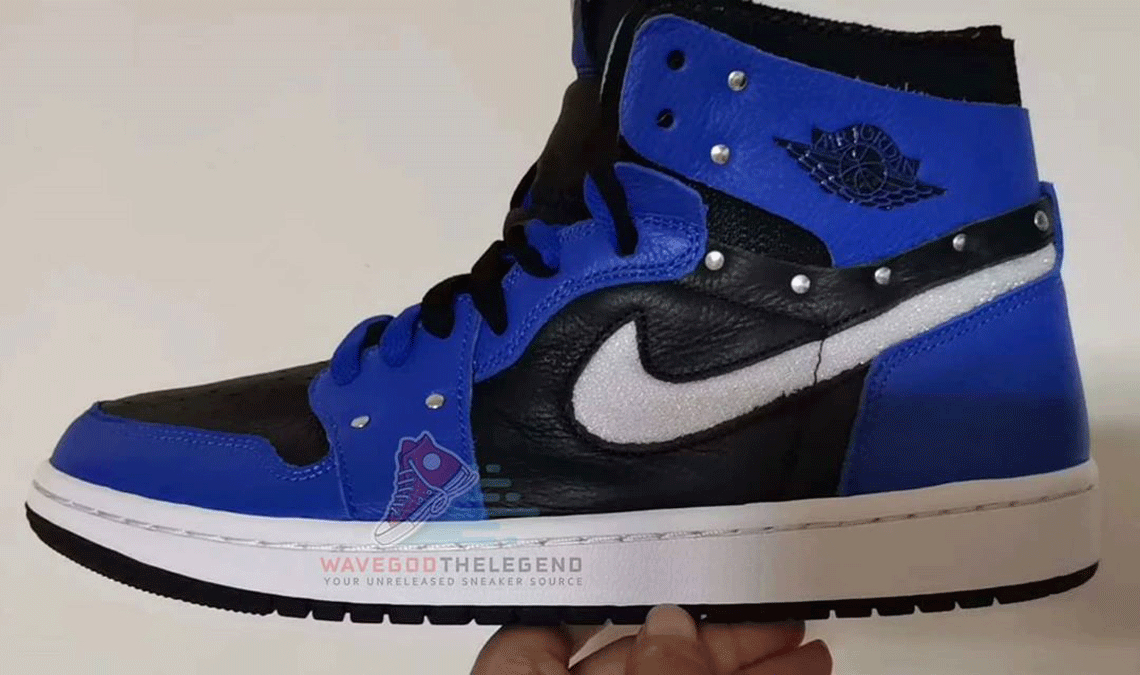 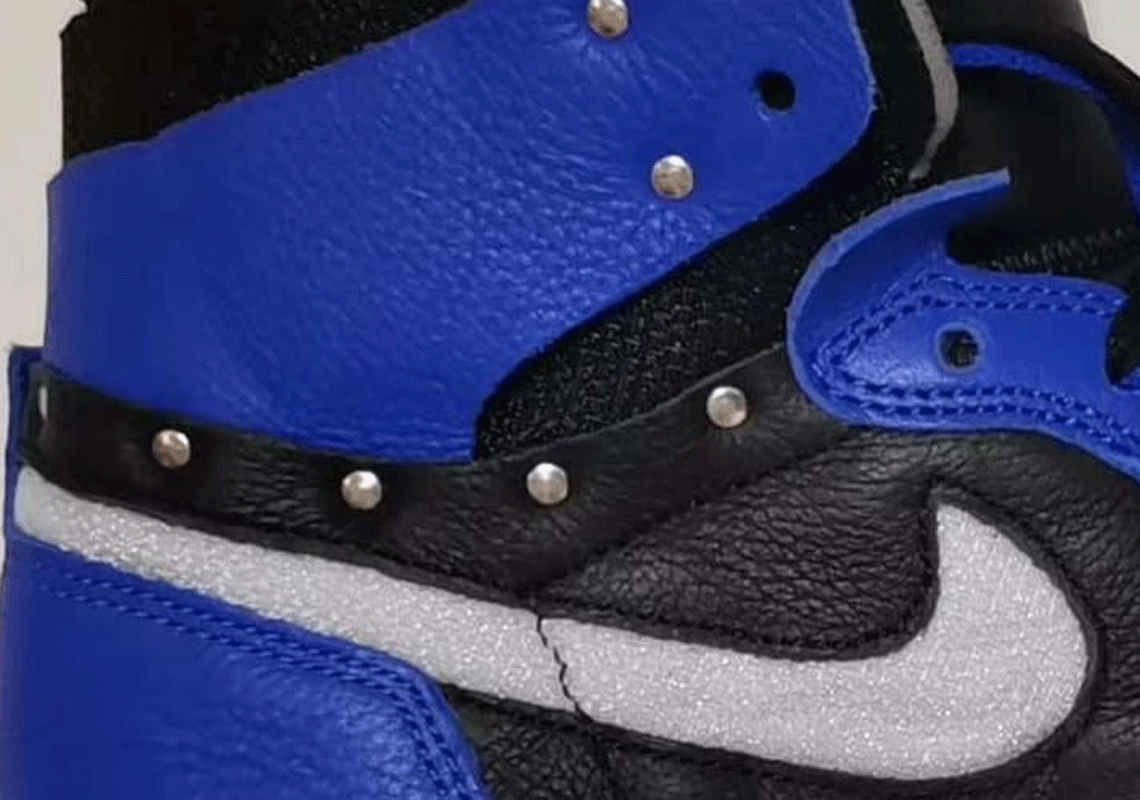 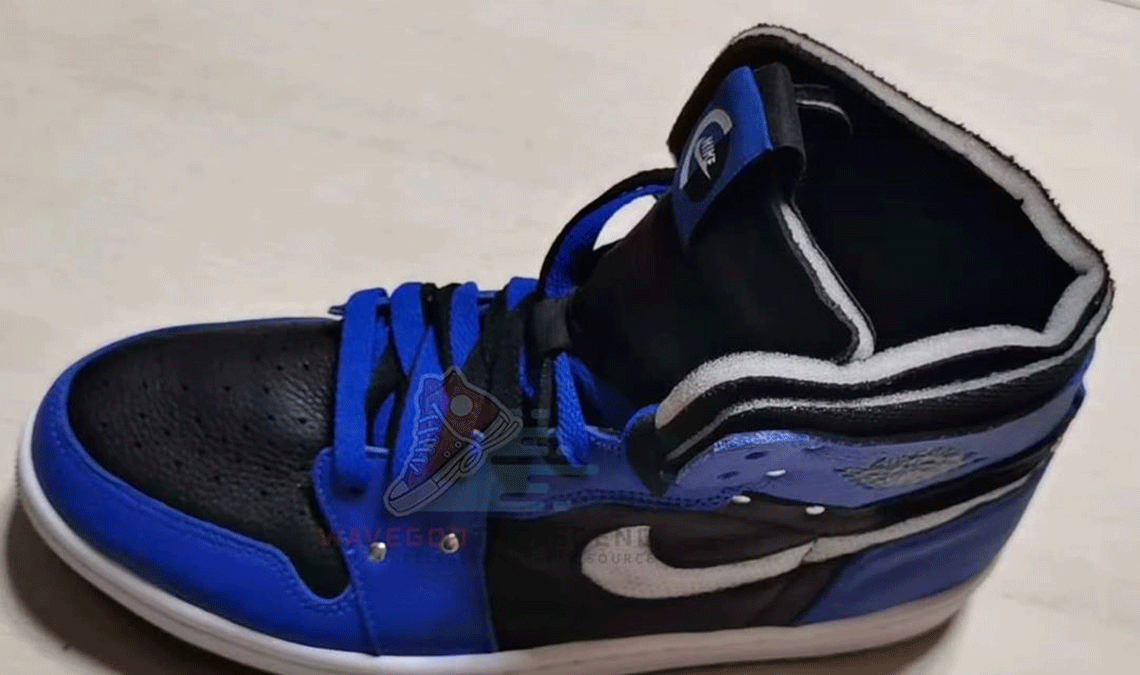