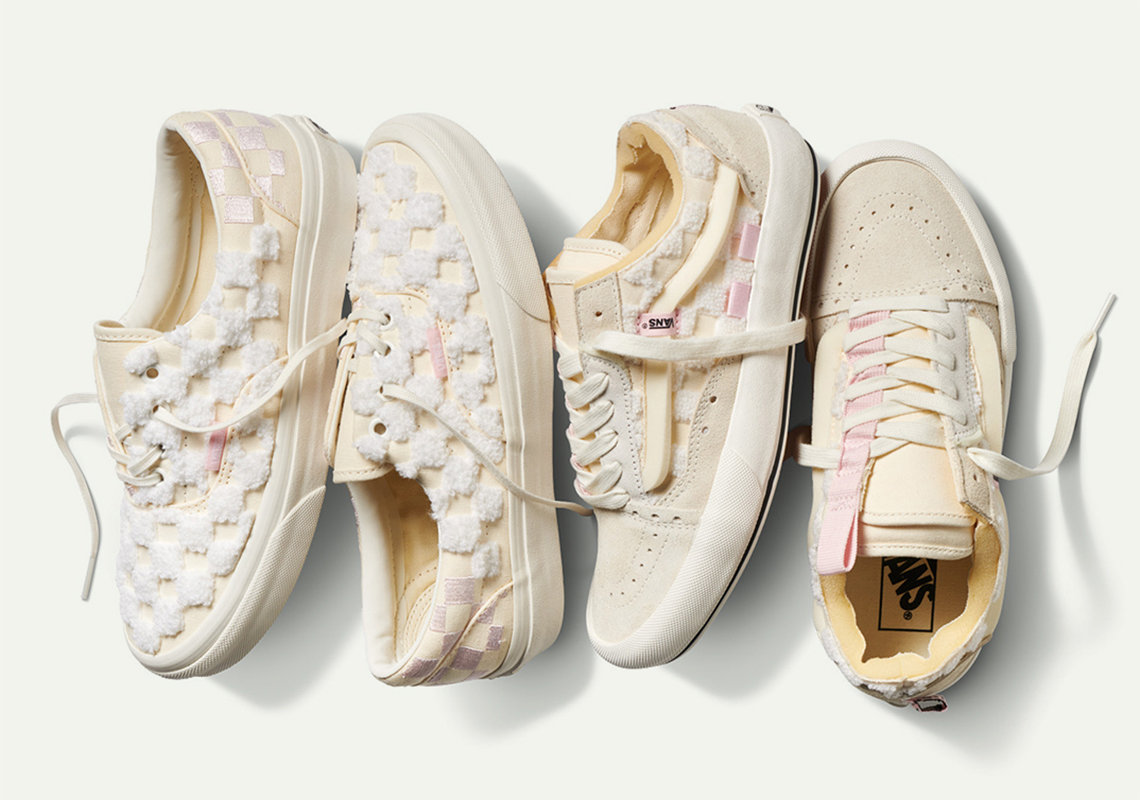 In recent memory, Vans has picked up quite the momentum through collaborative releases with the likes of The Simpsons, Stray Rats, and WTAPS. However, to top off the last week of August, the skateboarding imprint is allocating their attention to their in-line releases to form a brand new two-piece capsule. Inspired by their “Inside Out” Pack that released last season, this new collection dubbed the “Chenille” Pack is comprised of the Era and the Old Skool CAP, both of which have been re-formatted with 3D constructions.

Arguably the more “out there” rendition of the batch, the Era is mainly formed with ivory base layers and soles, and matched up with its titular materials that orchestrate themselves from the toe box to the ankles in checkerboard fashion. Moreover, “Arctic Pink” notes land on the Vans tabs and heel patterns. Its released sibling, the Old Skool CAP is done in the exact same color story, but it clearly features less chenille blocks as they arrive along the quarter panels. The same accents are also used, only they arrive across the elongated throat/mid-foot tabs. As of now, these are available right now in Japan, but keep it locked for their Vans.com release in the next few days.

For other news, the Yeezy 700 Azareth has been confirmed for an 8/29 release. 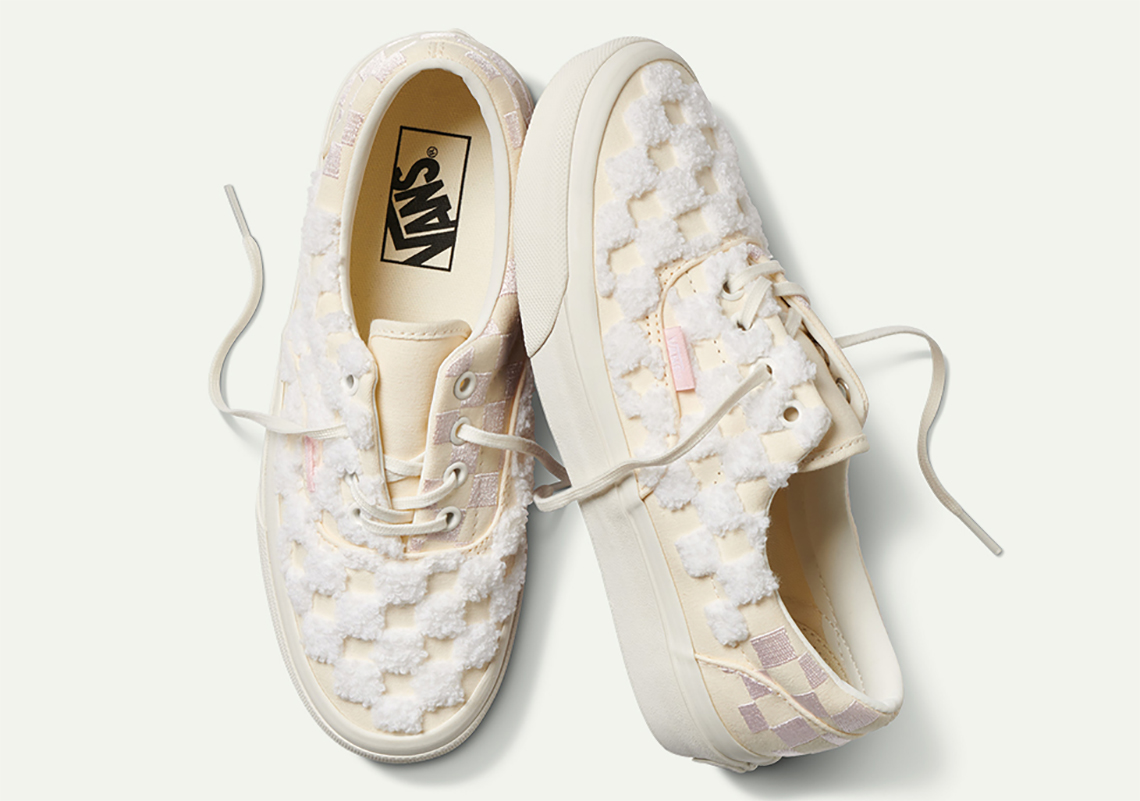 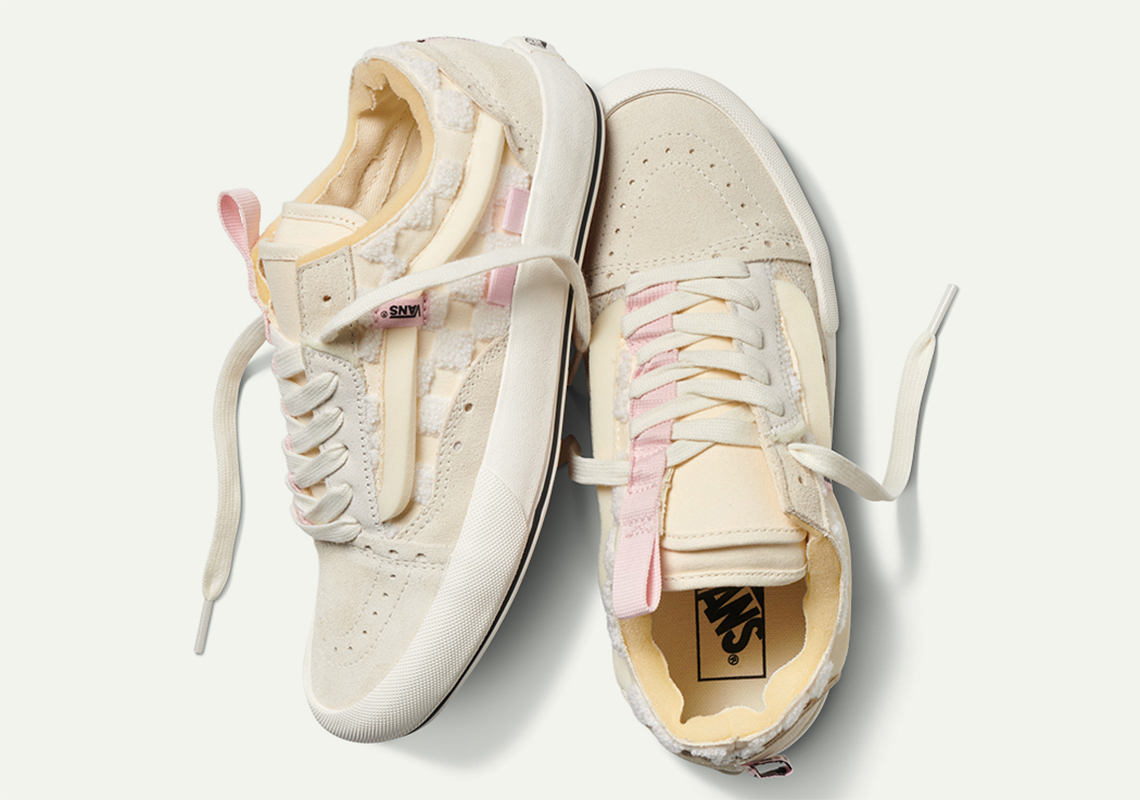