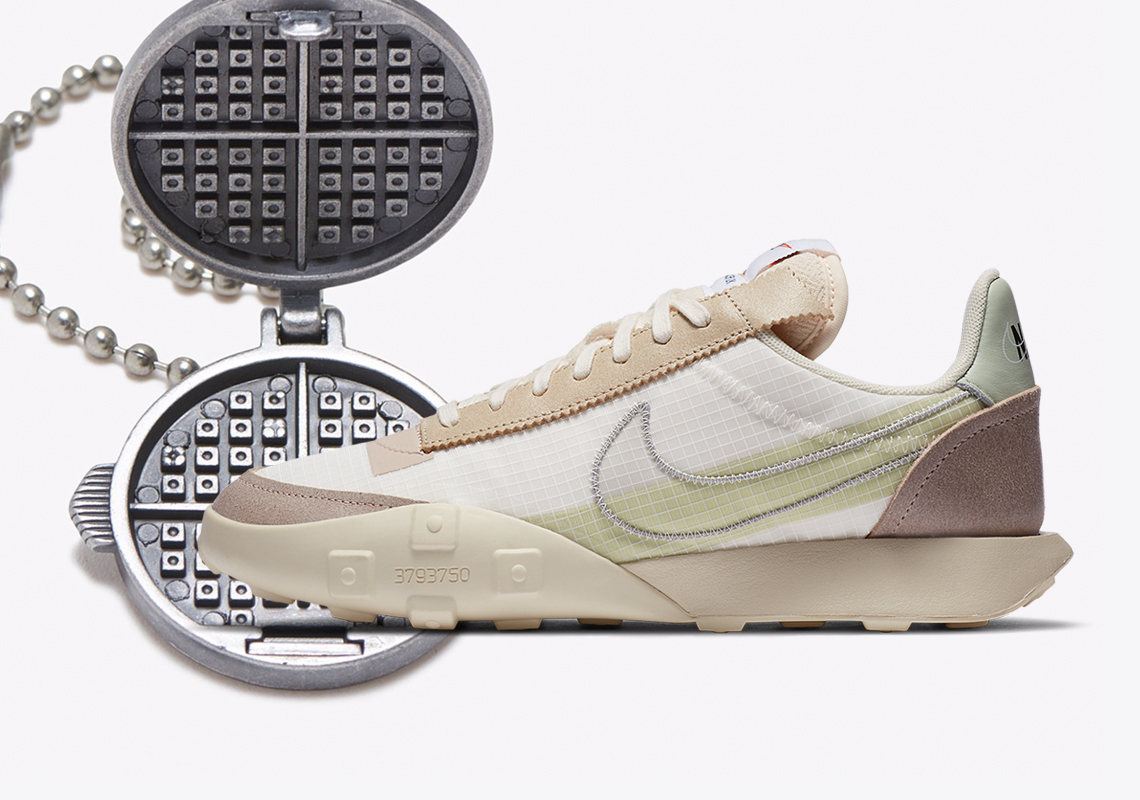 In 1971, the creative mind of Bill Bowerman somehow thought to piece together the first Nike running sneaker with waffle-inspired outsoles because of the traction it would provide. Clearly he was right, as this spawned a whole new generation of kicks that still make use of that foundational treading today. On the more modern front, the Waffle Racer 2X is one of those said-models, arriving in a format that blends together classical proportions with futuristic and deconstructed design language.

And now it’s revealed its forthcoming colorway that comically comes packaged with that of an actual waffle iron hangtag as a homage to its innovational origins. Color-wise, its ripstop upper is primarily presented with a “Pale Ivory” hue, but it is surrounded by that of Fall-friendly tones of “Muslin” overlays and “Jade Aura” Swooshes/heel paneling. Moreover you’ll find “3793750” tonally-presented on lateral forefoot and mid-outsole the shoe’s original patent number from 1974. Scroll further down to view more images, and find these dropping on Nike.com likely in the coming weeks for $140.

For other news, here’s a closer look at the upcoming Nike Freak 2 White Cement. 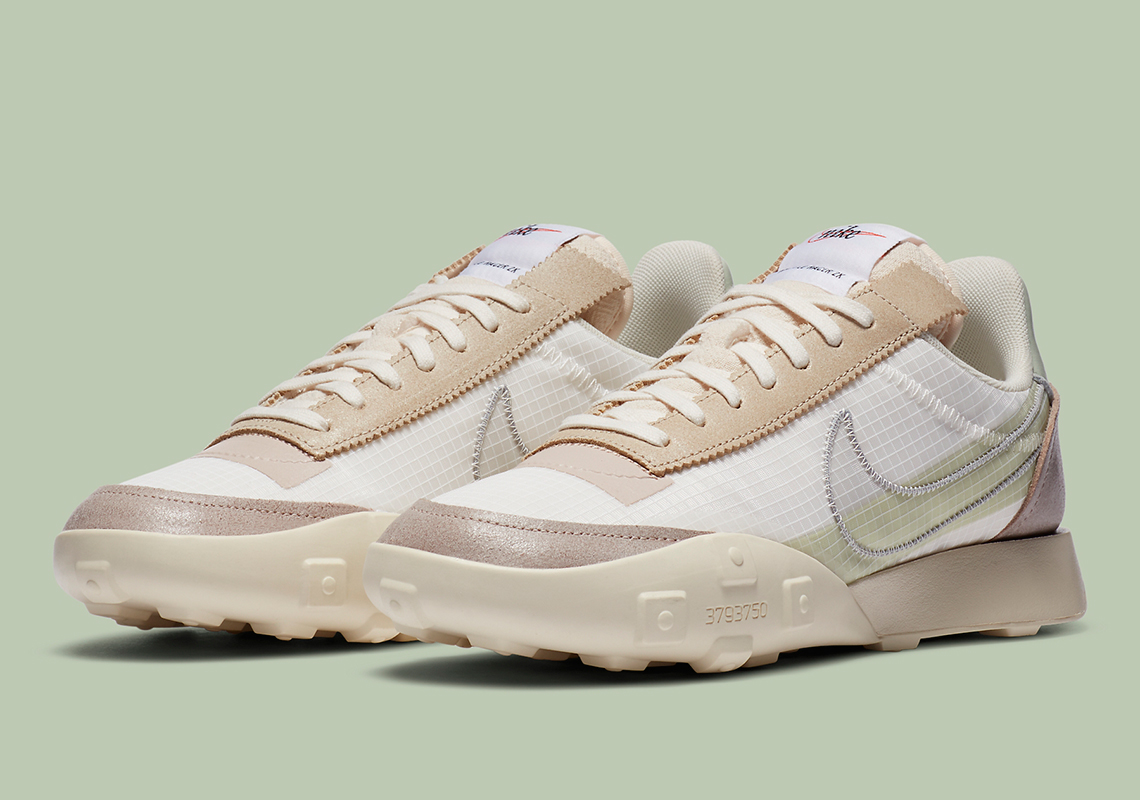 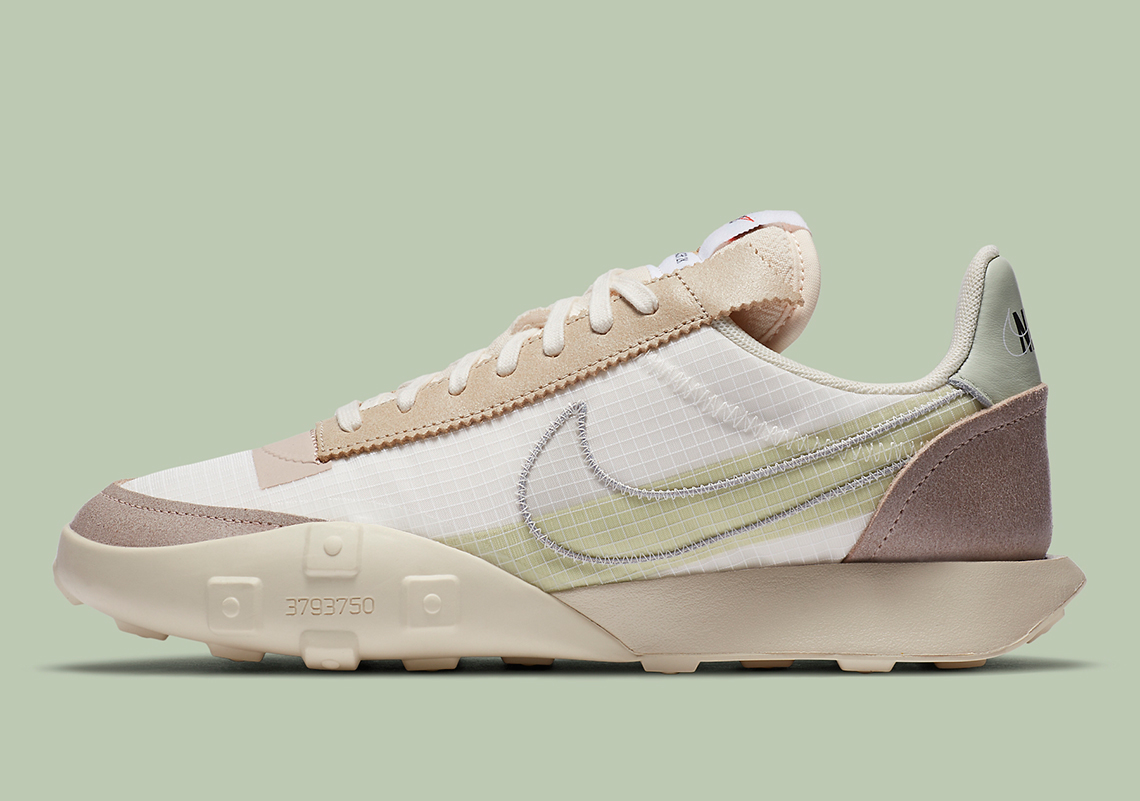 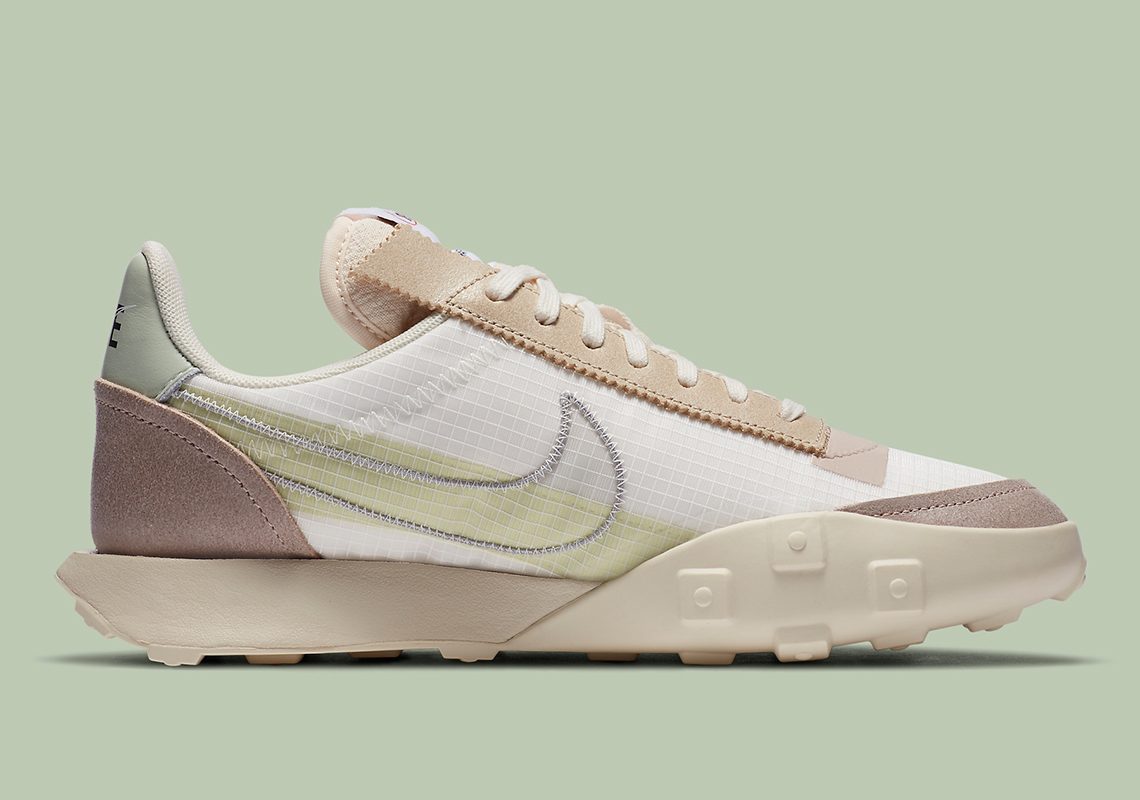 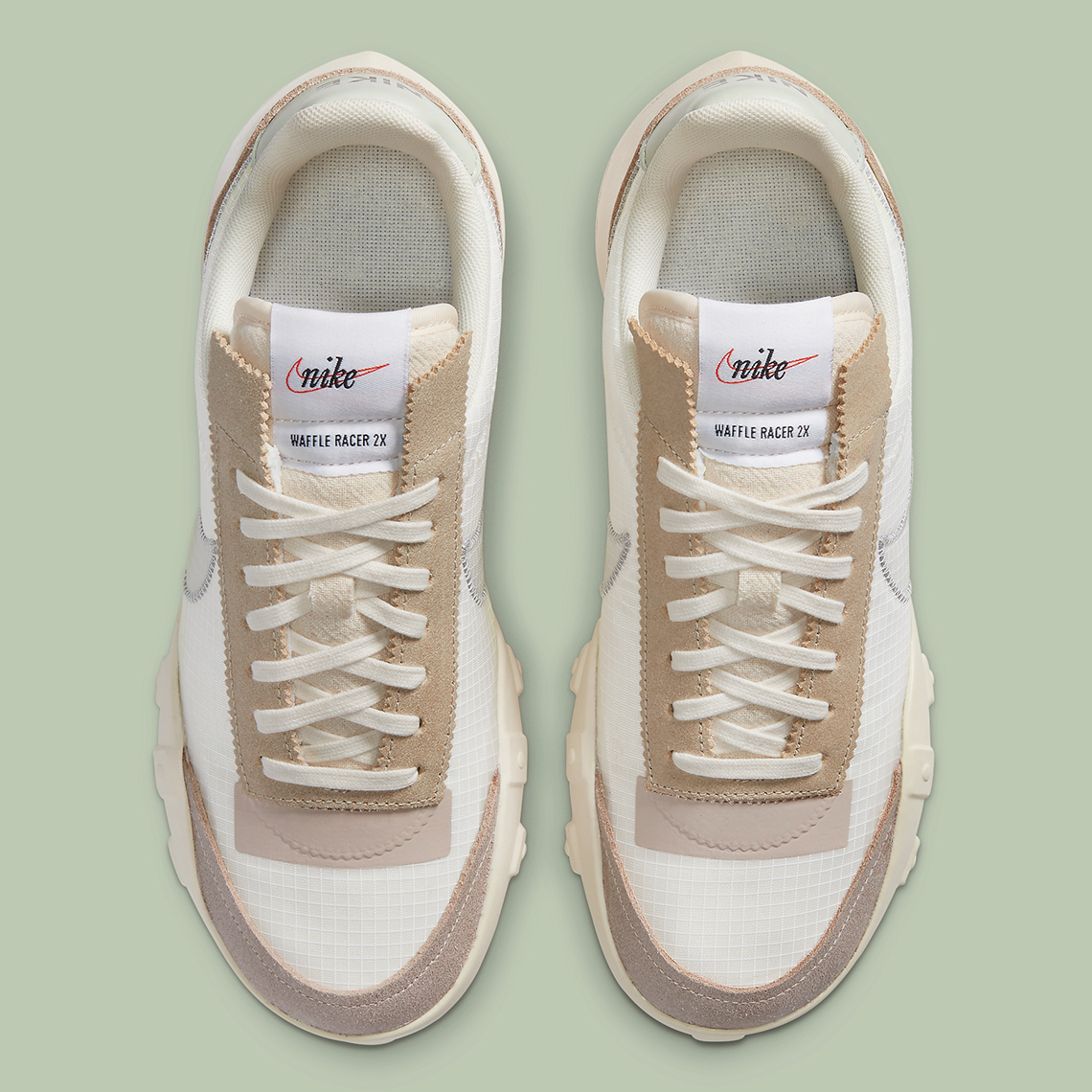 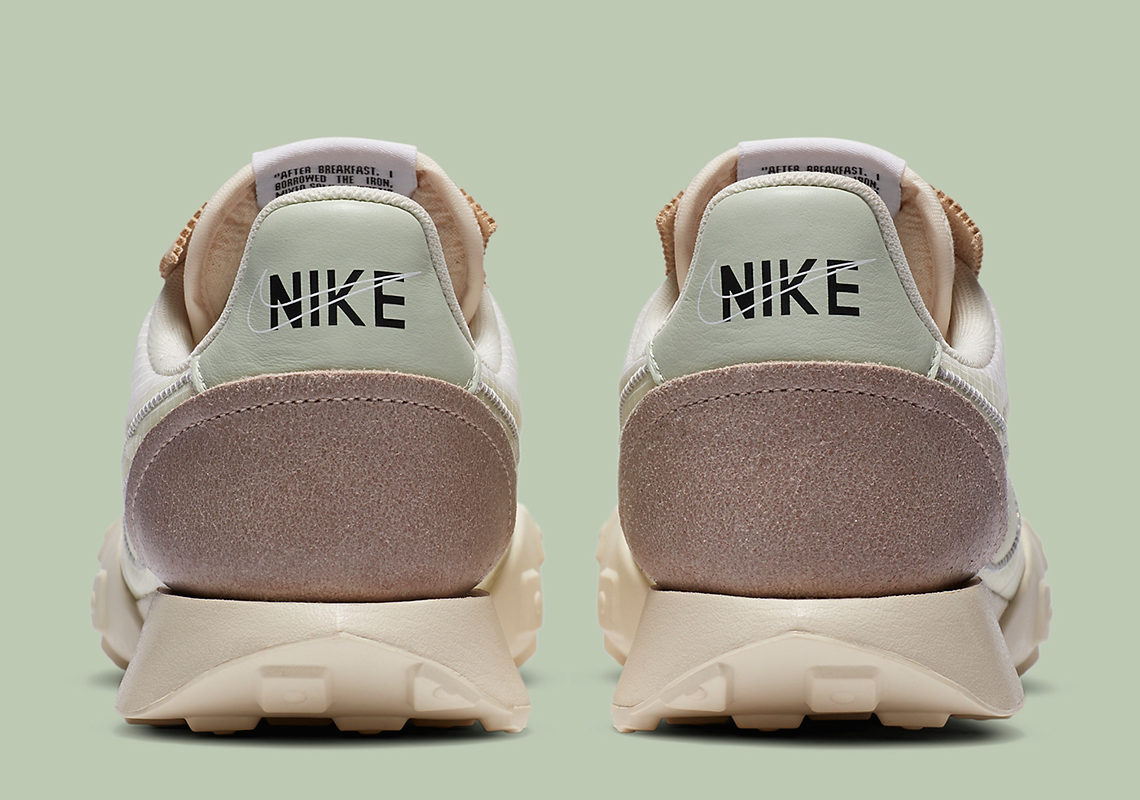 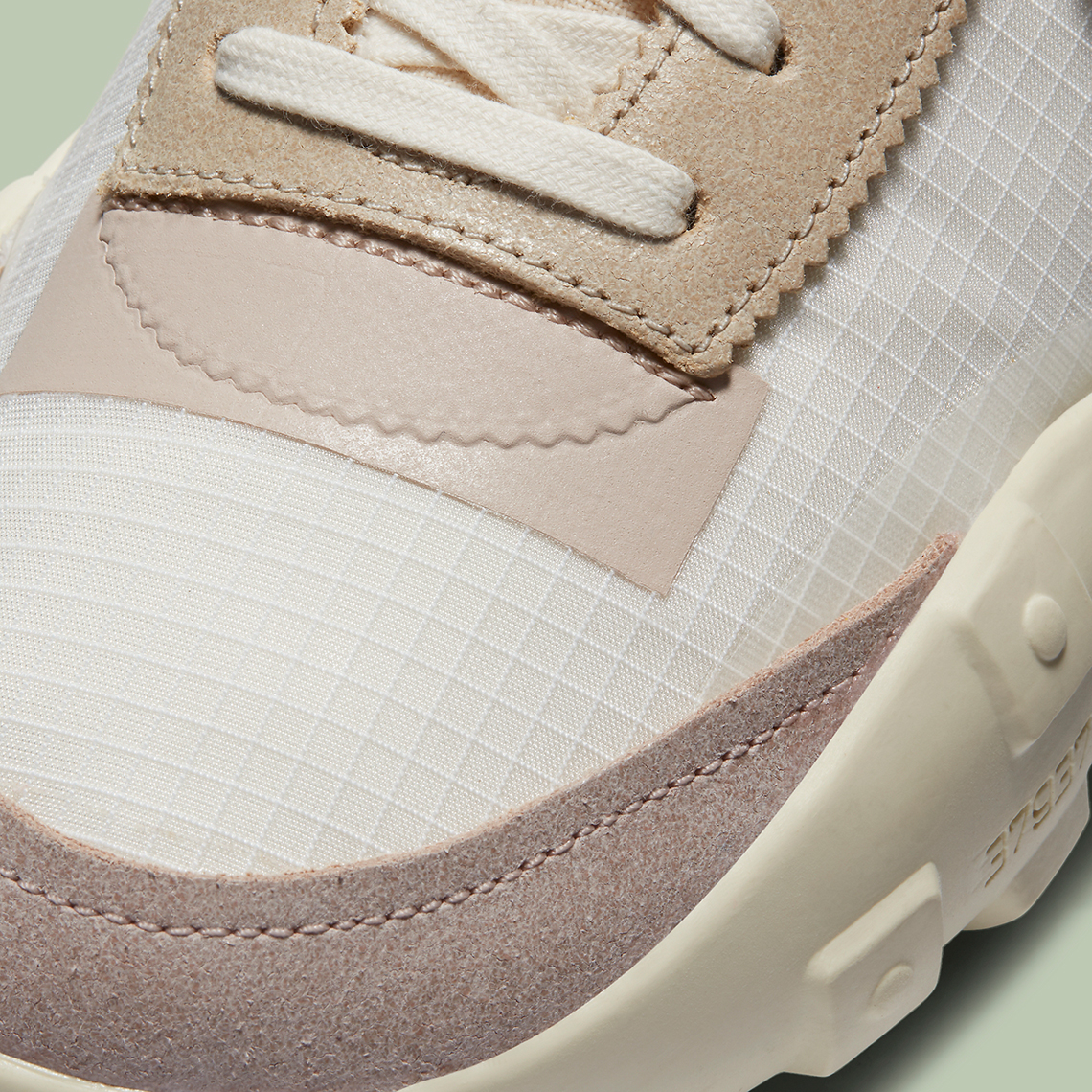 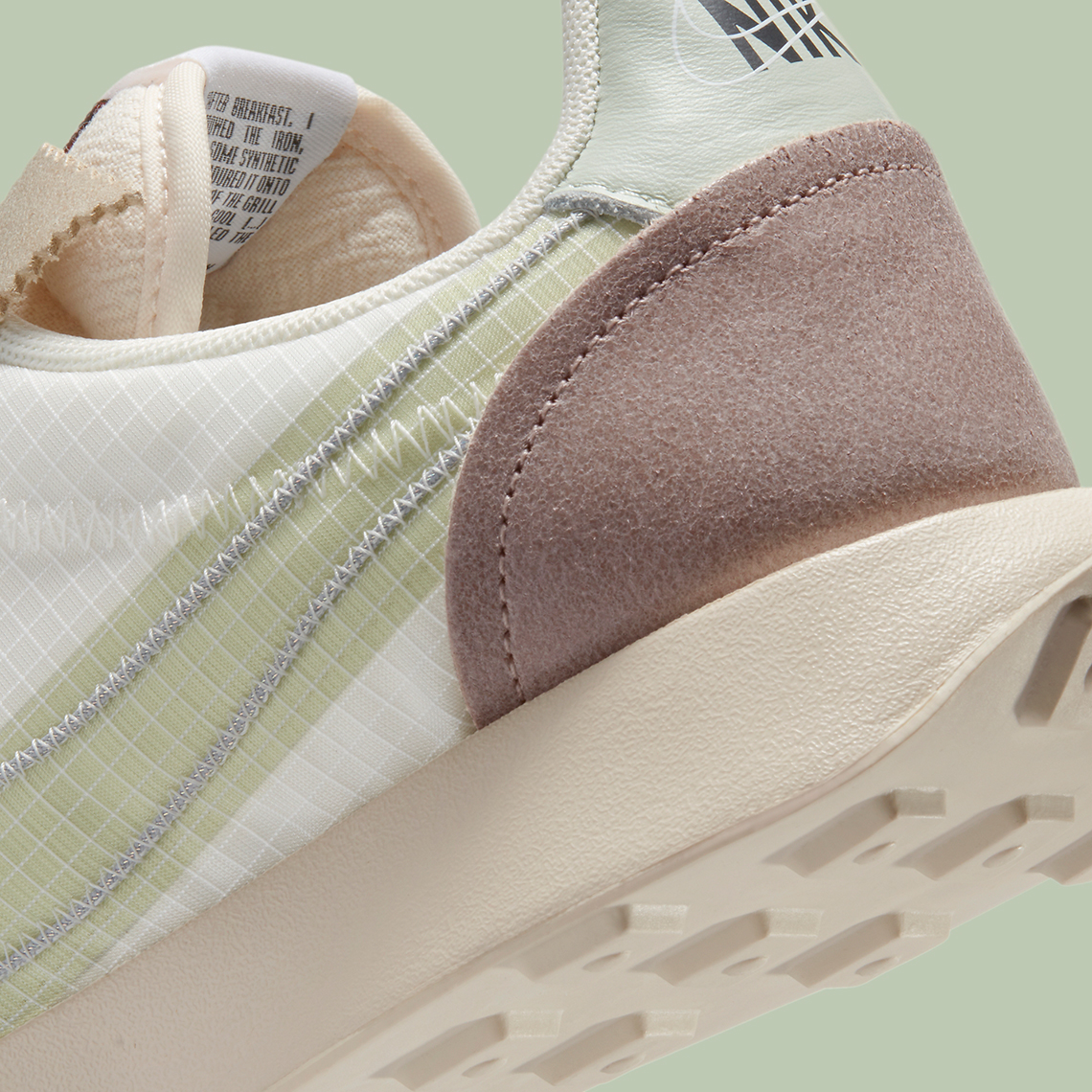 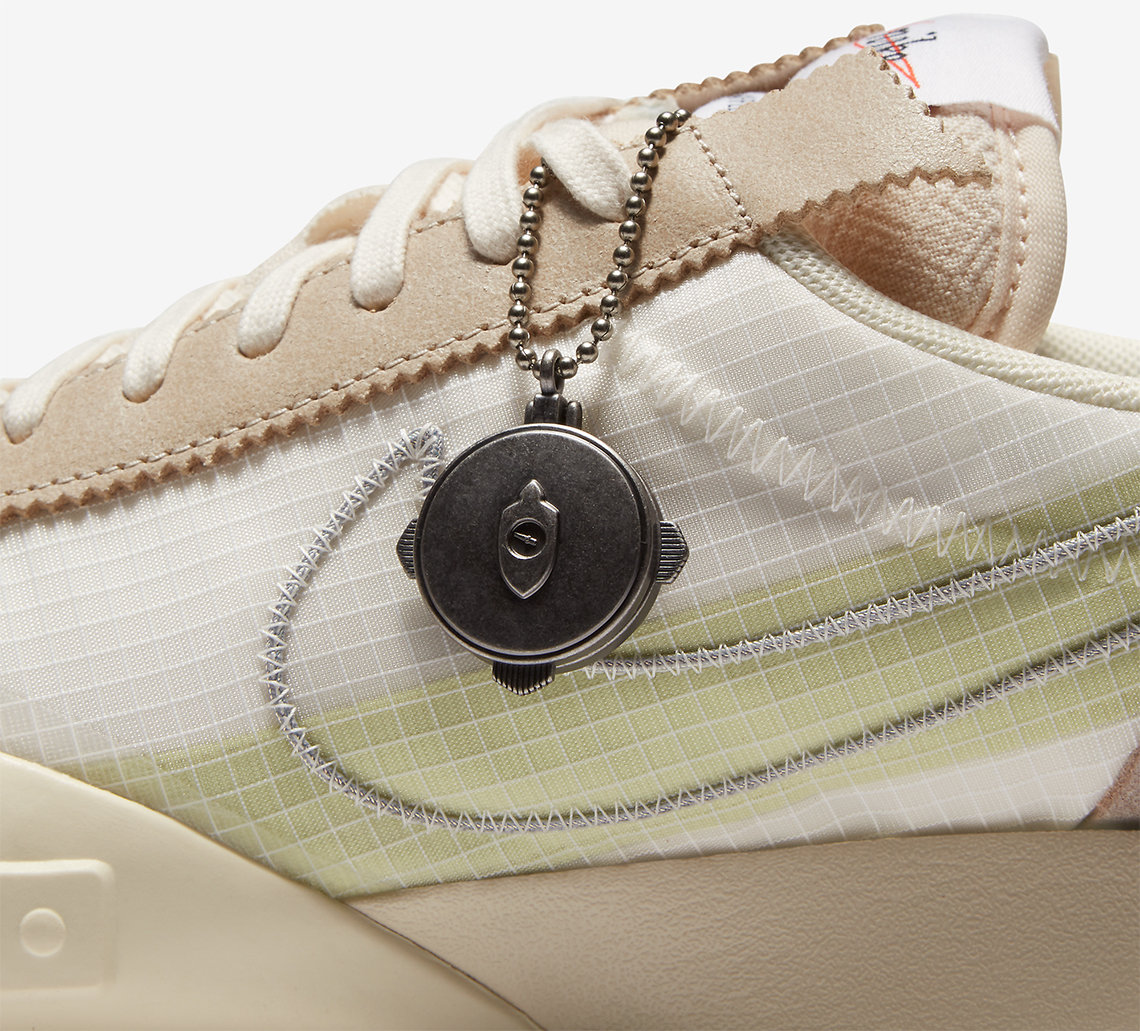