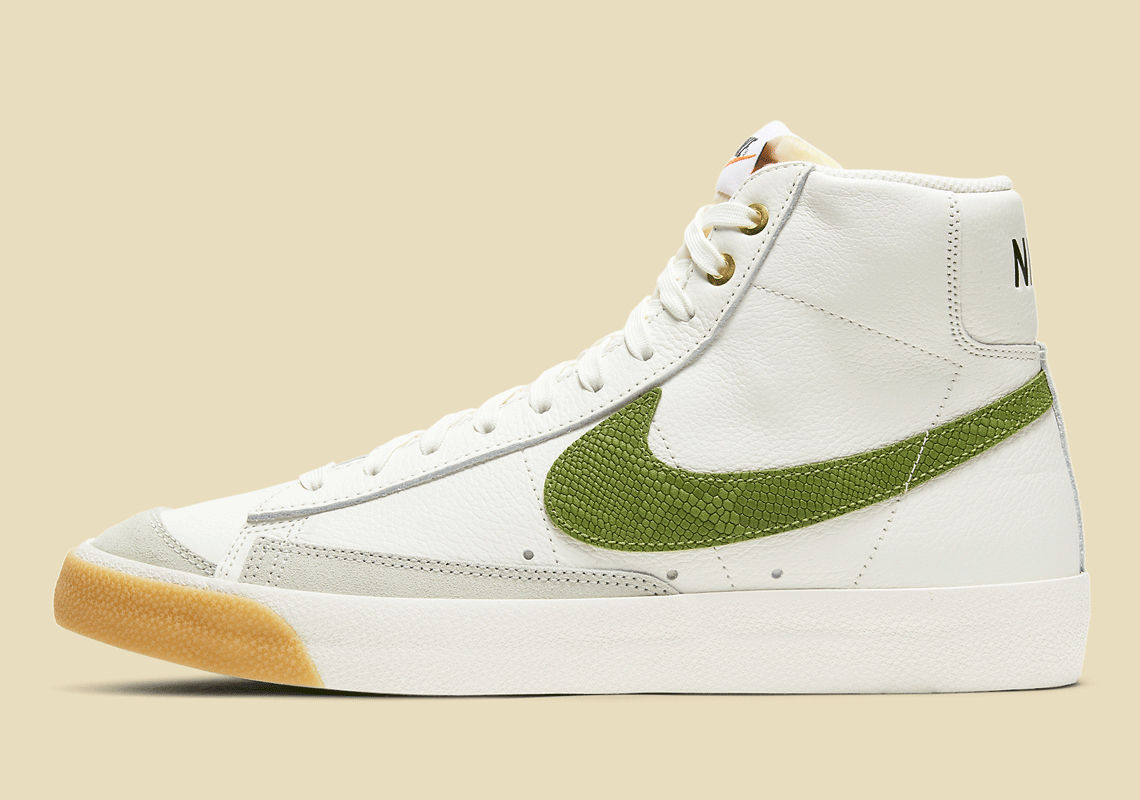 Having recently emerged in a handful of colorful ensembles, including one courtesy of Ruohan Wang, the Nike Blazer Mid is taking a break from the vibrant with its next iteration: a predominantly white colorway accompanied by a few statement-making accents.

Preceded by a similar brown arrangement, this forthcoming mid-top Blazer features four gold eyestays near the collar. Exposed foam tongues indulge in a slightly-yellowed scheme that not only taps into vintage sensibilities, but also complements both the aforementioned shimmering hardware and light gum brown reinforcement around the toe and outsole well. Suede overlays on and along the lateral forefoot opt into a grey hue, while profile swooshes deviate from their surroundings not only with their green tone, but also scale-like build. Black “NIKE” text on the heel and a white midsole round out this forthcoming option.

Enjoy official images of this Blazer Mid 77 here below, while you wait for pairs to arrive to Nike.com in the near future.

For more from the Swoosh, the Air Force 1 continues to surface in impressive ensembles, including GORE-TEX-backed ones for fall and winter. 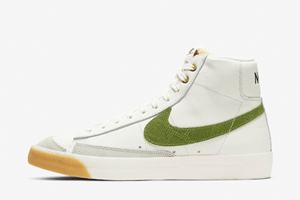 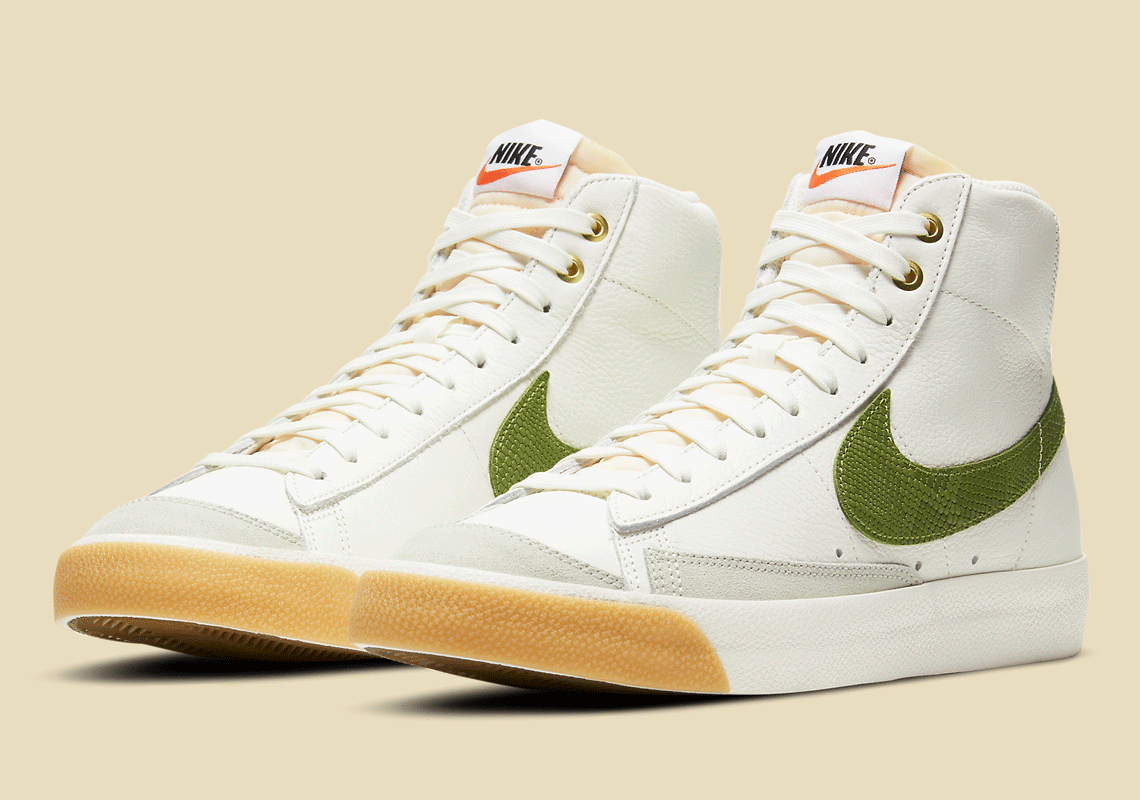 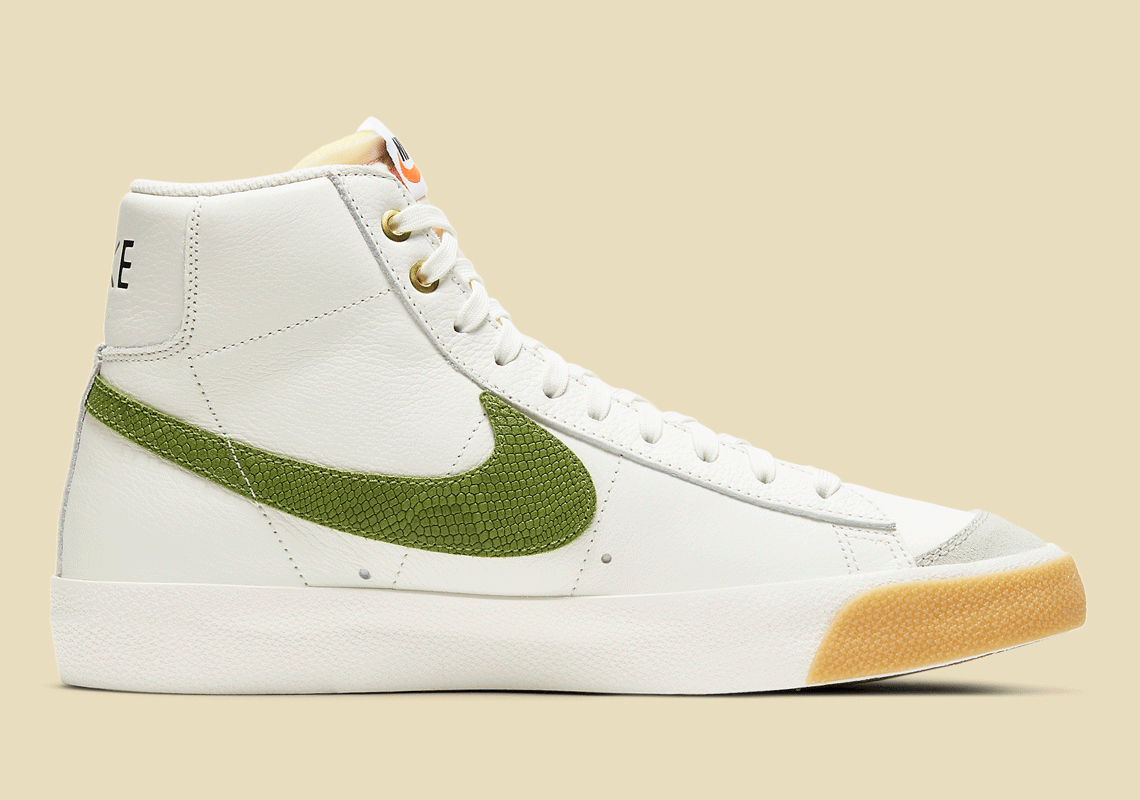 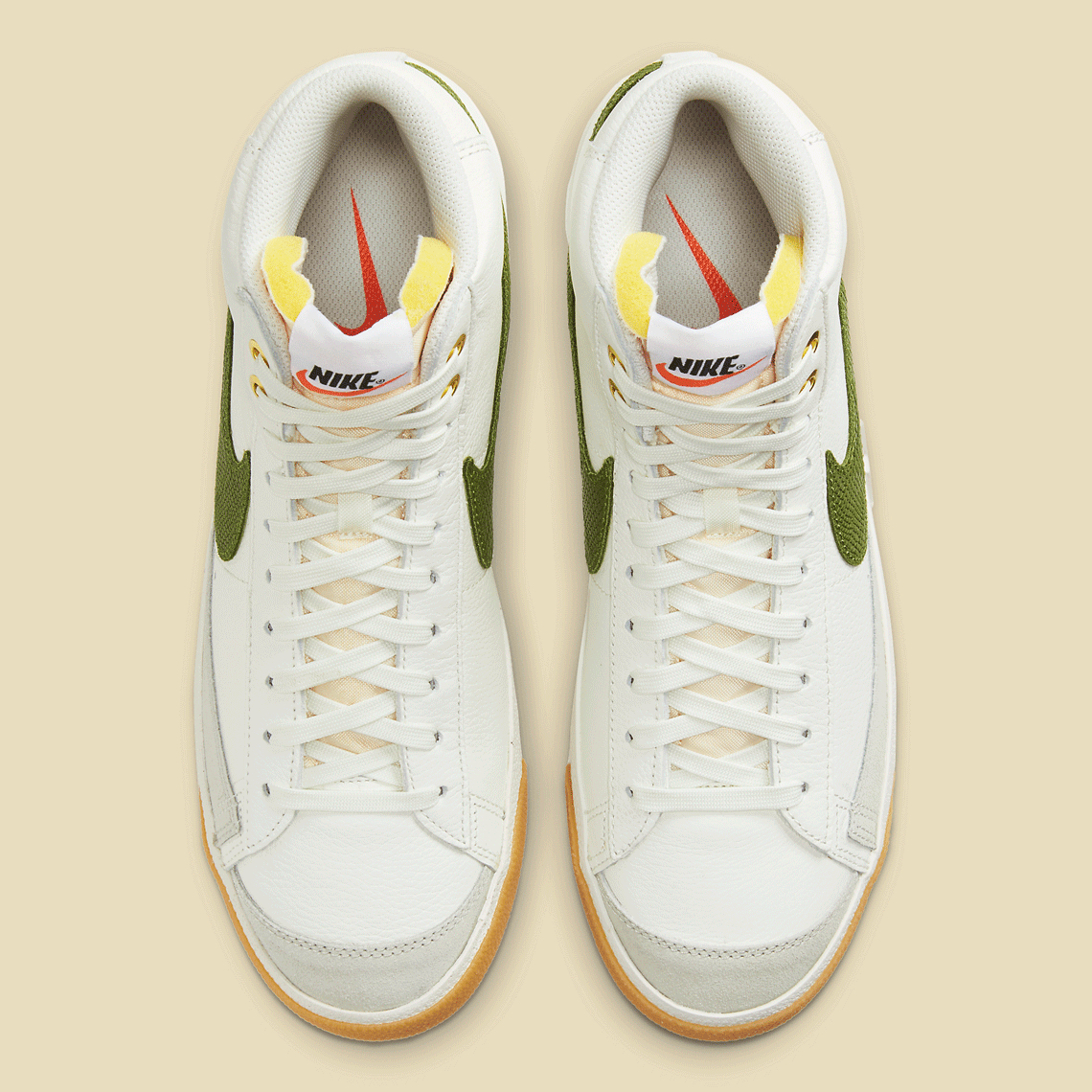 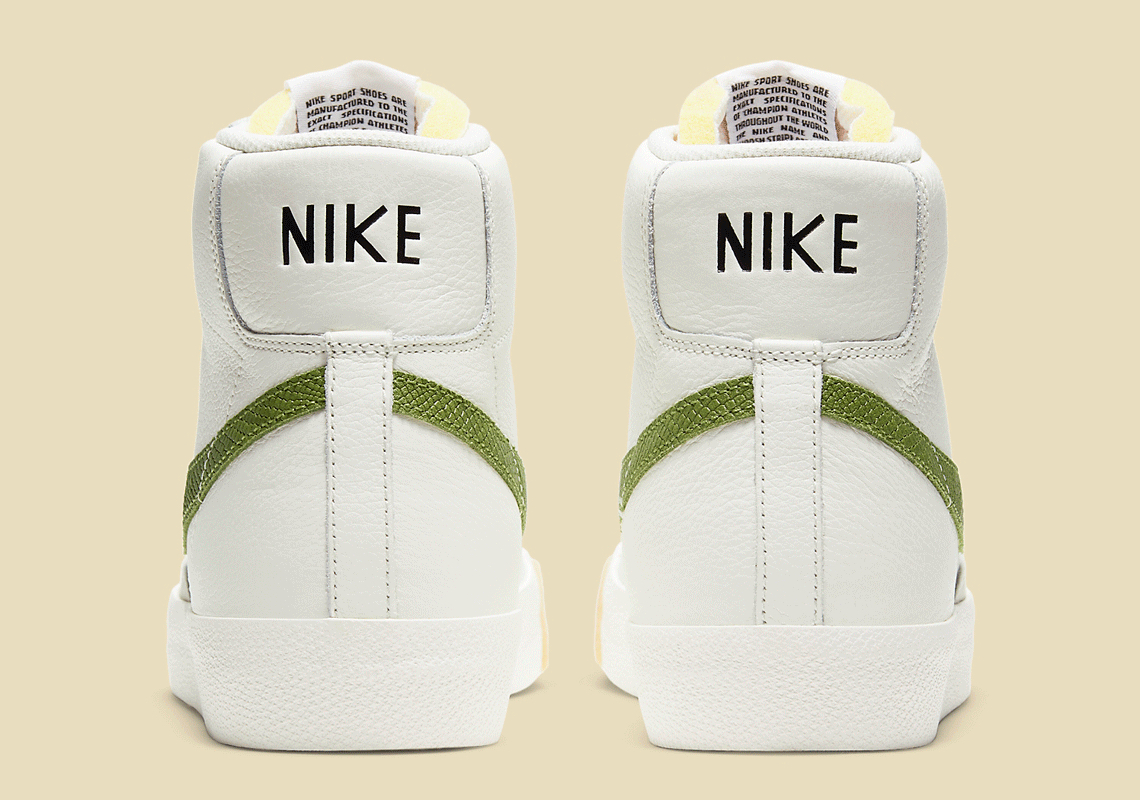 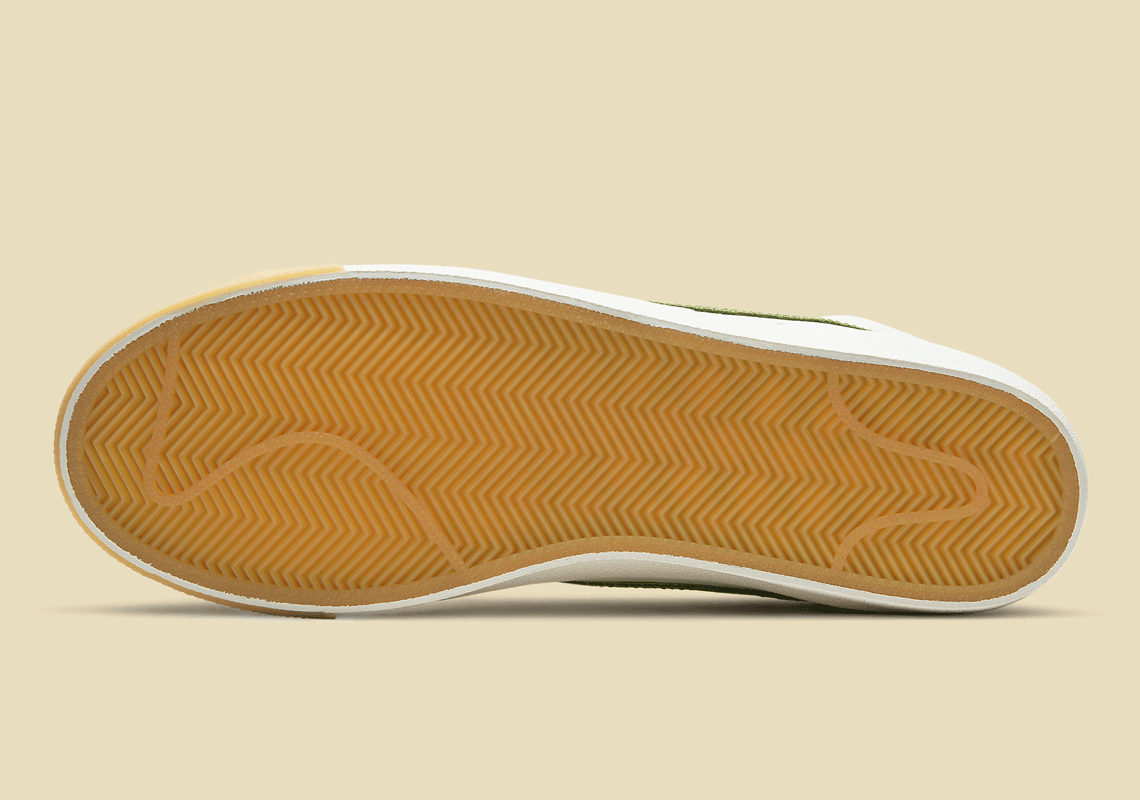 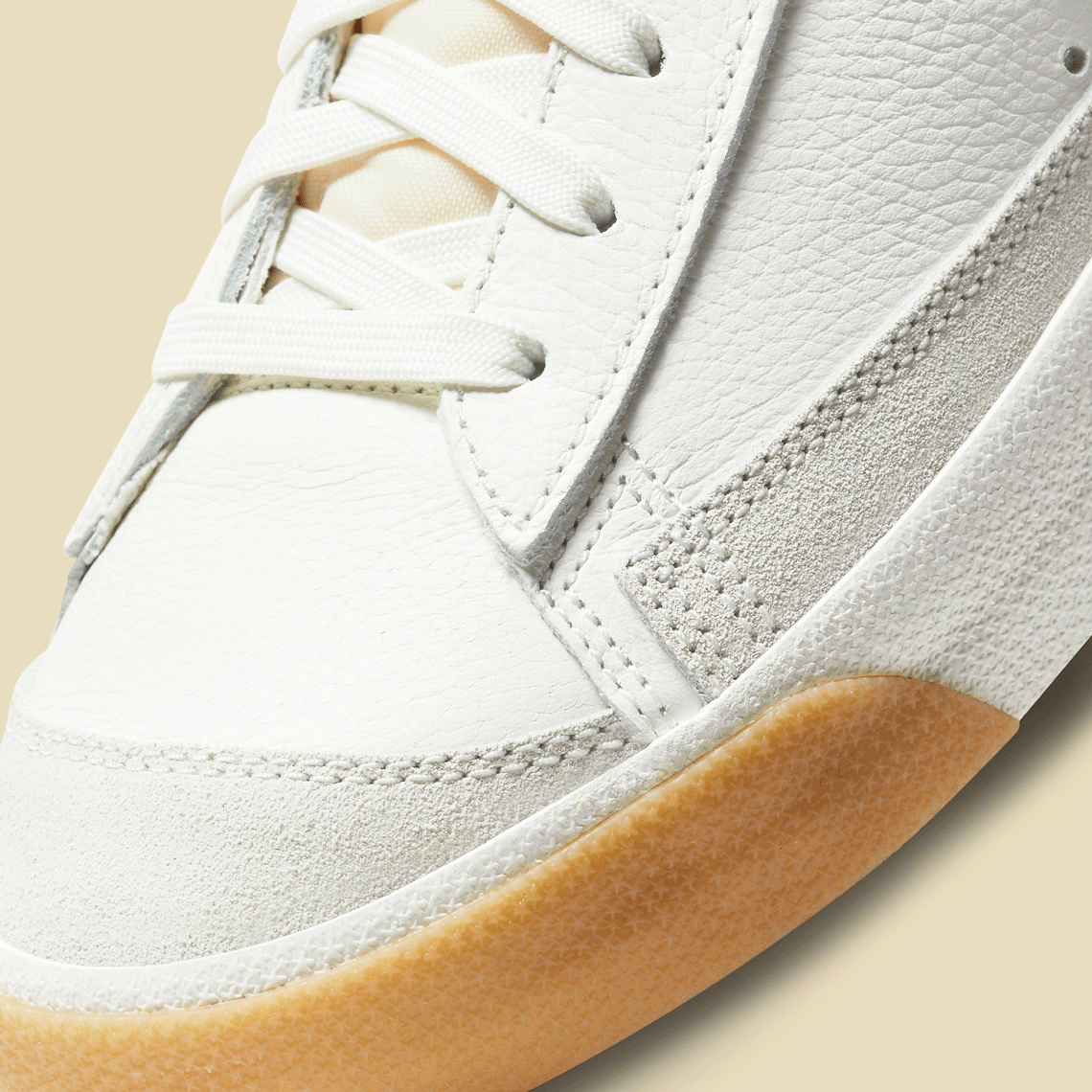 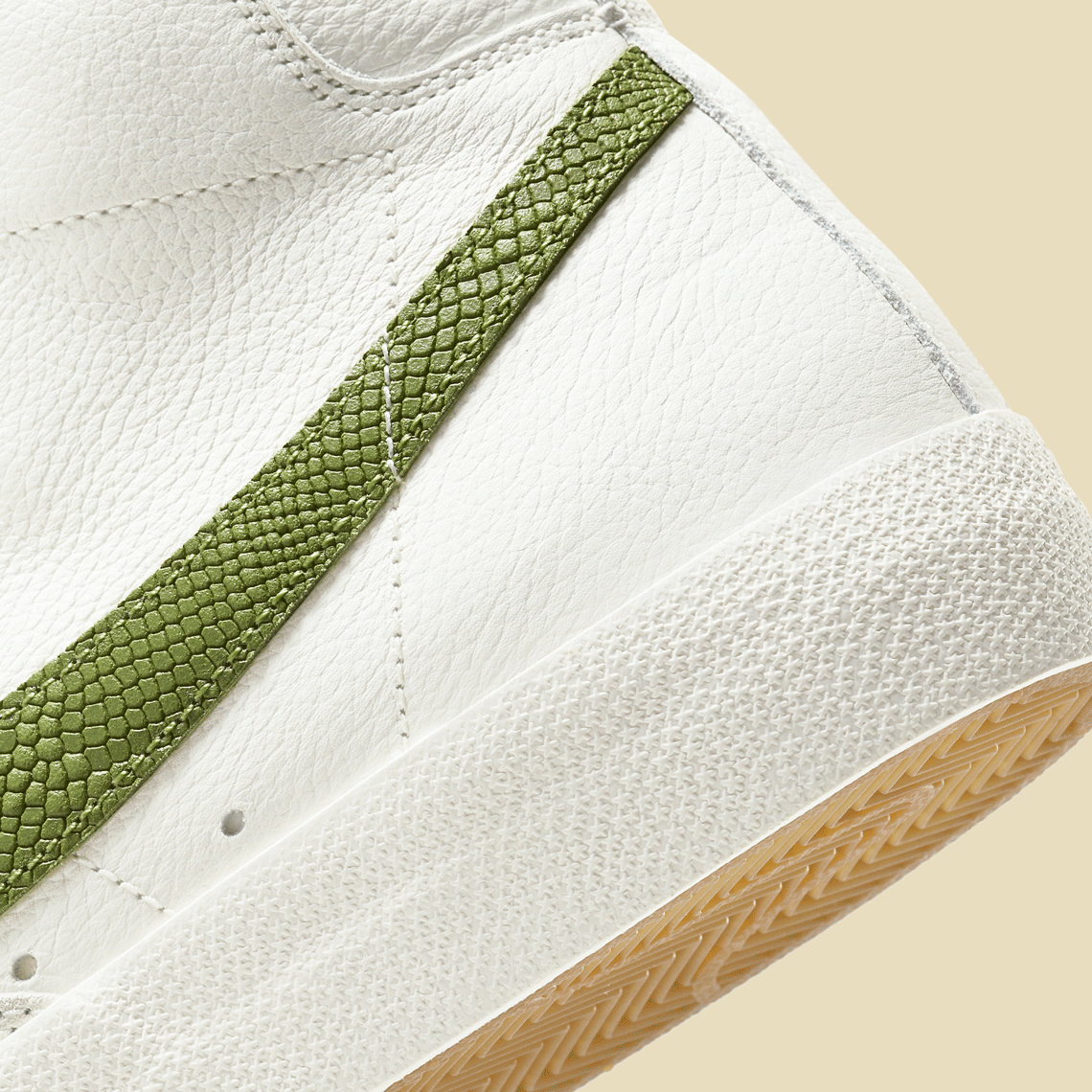