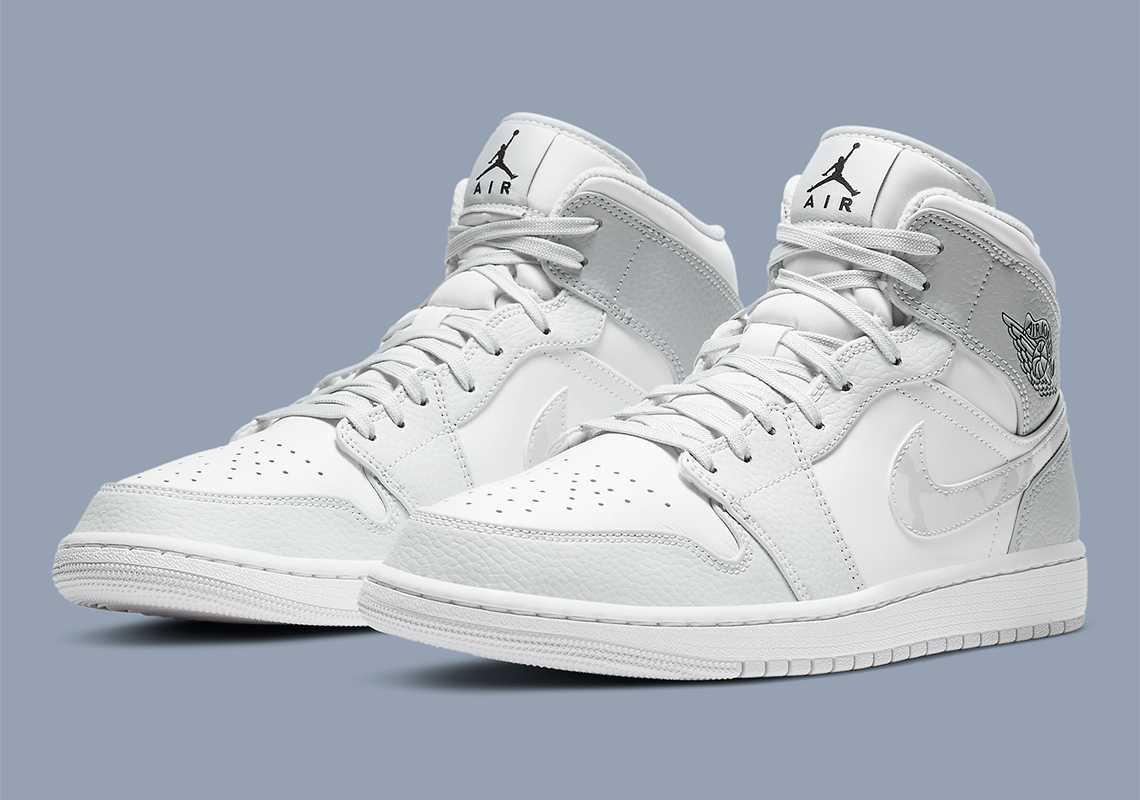 All year long, the Jumpman team has made sure that the Air Jordan 1 Mid stays as one of their most prolific silhouettes on the market by consistently dropping and uncovering a barrage of new colorways. Some have been unique to their own fresh color palettes, while others have basically stolen the same color-blocking from highly-revered Air Jordan 1 Highs such as the “Bred” and Union collaborations. Moving forward, it appears that the silhouette is sticking to the latter pattern for its next iteration as its neutral-toned arrangement somewhat recalls the look of the now ridiculously priced Dior Jordan 1s.

The marriage of white leathers paired up with light grey overlays draws close comparisons to the popular designer collab, but it separates itself through the Swooshes as they are accessorized with camouflage patterns that match up in the same two tones. Given that there are so many custom sneaker designers out there nowadays, we wouldn’t be surprised if someone out there cops this specific pair, finds bootleg Dior fabric, and slaps it onto the Nike checks. A detailed view can be found here ahead, so check out a closer look while you wait for them to eventually hit Nike.com in the coming months.

For other news, a camo Air Jordan 1 Low with this exact same palette is also slated to drop soon. 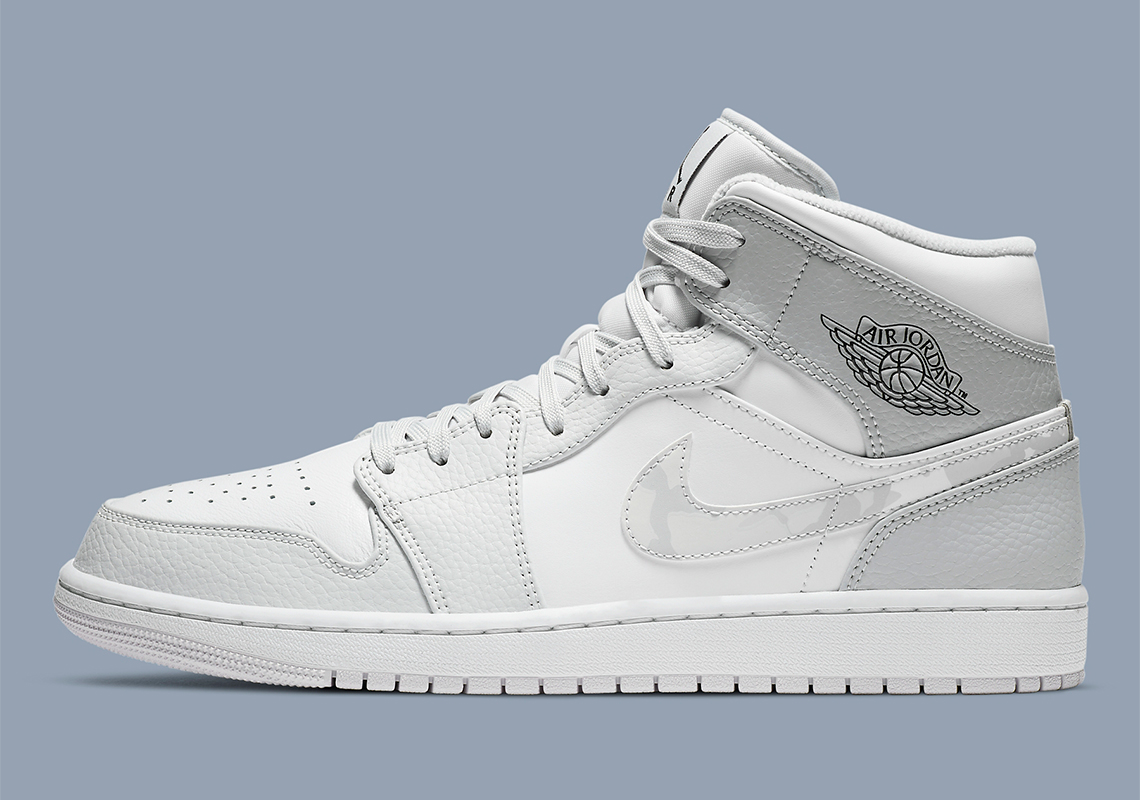 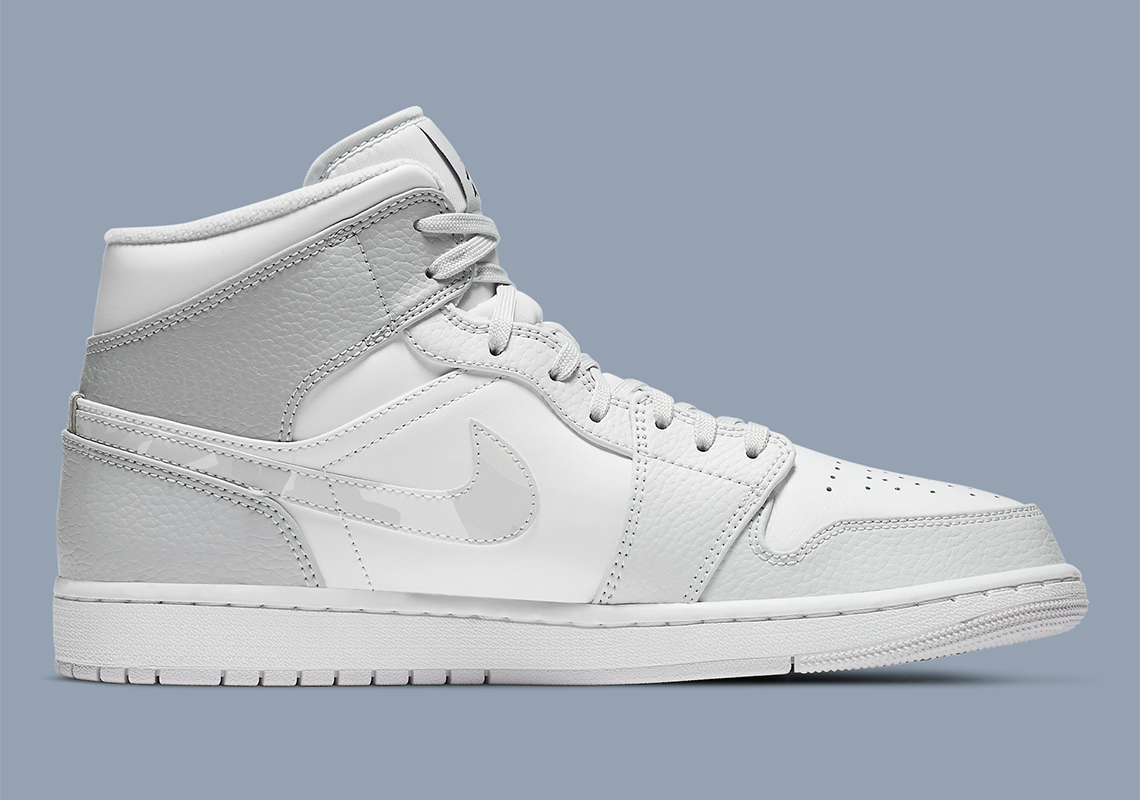 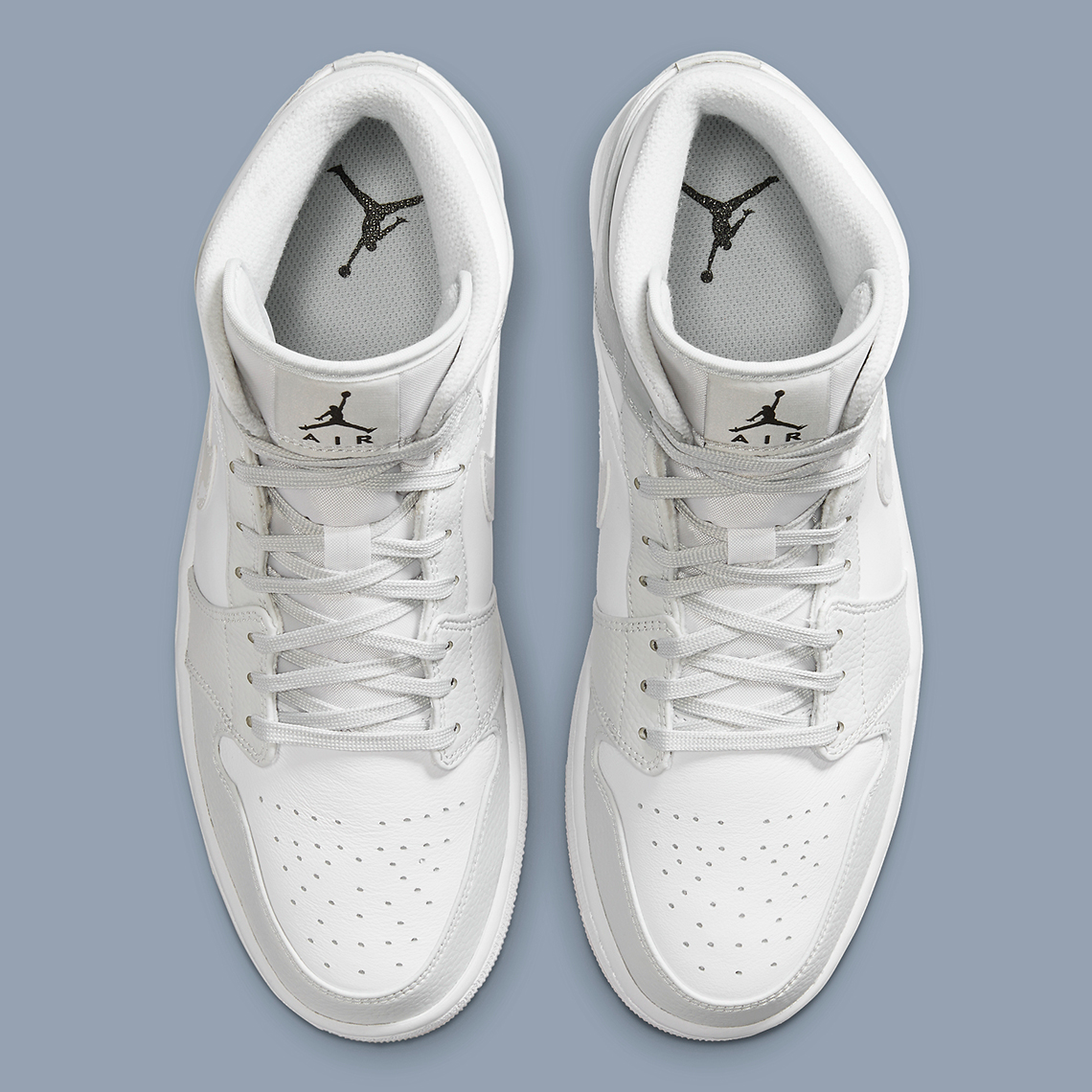 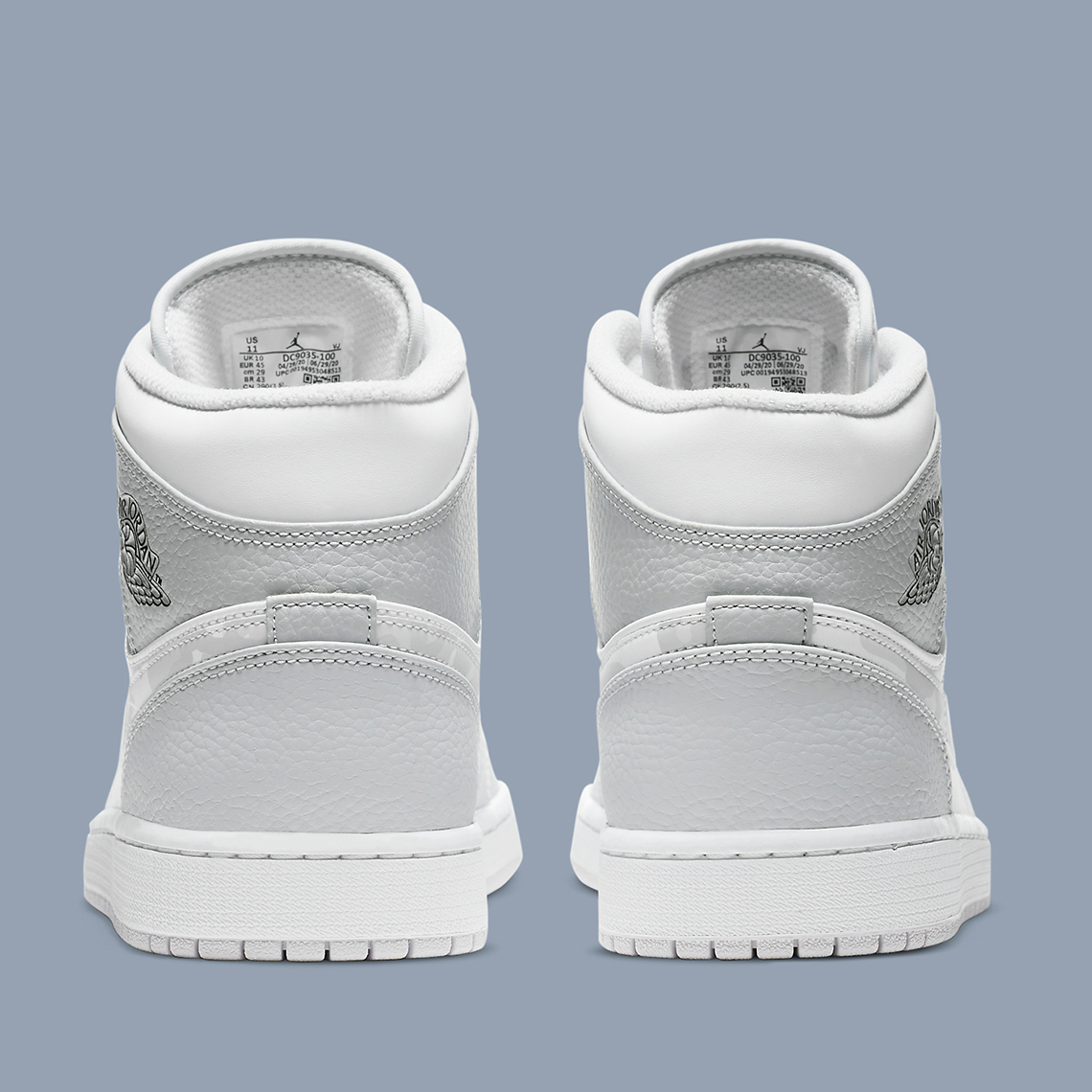 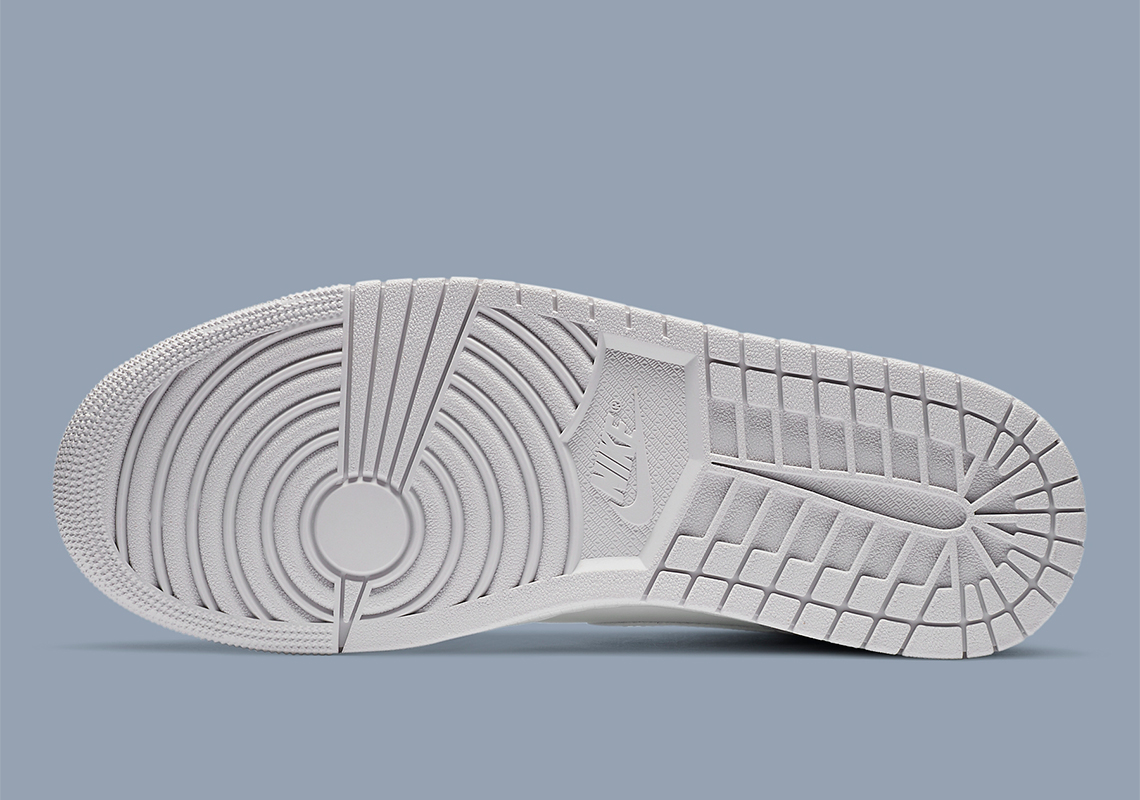 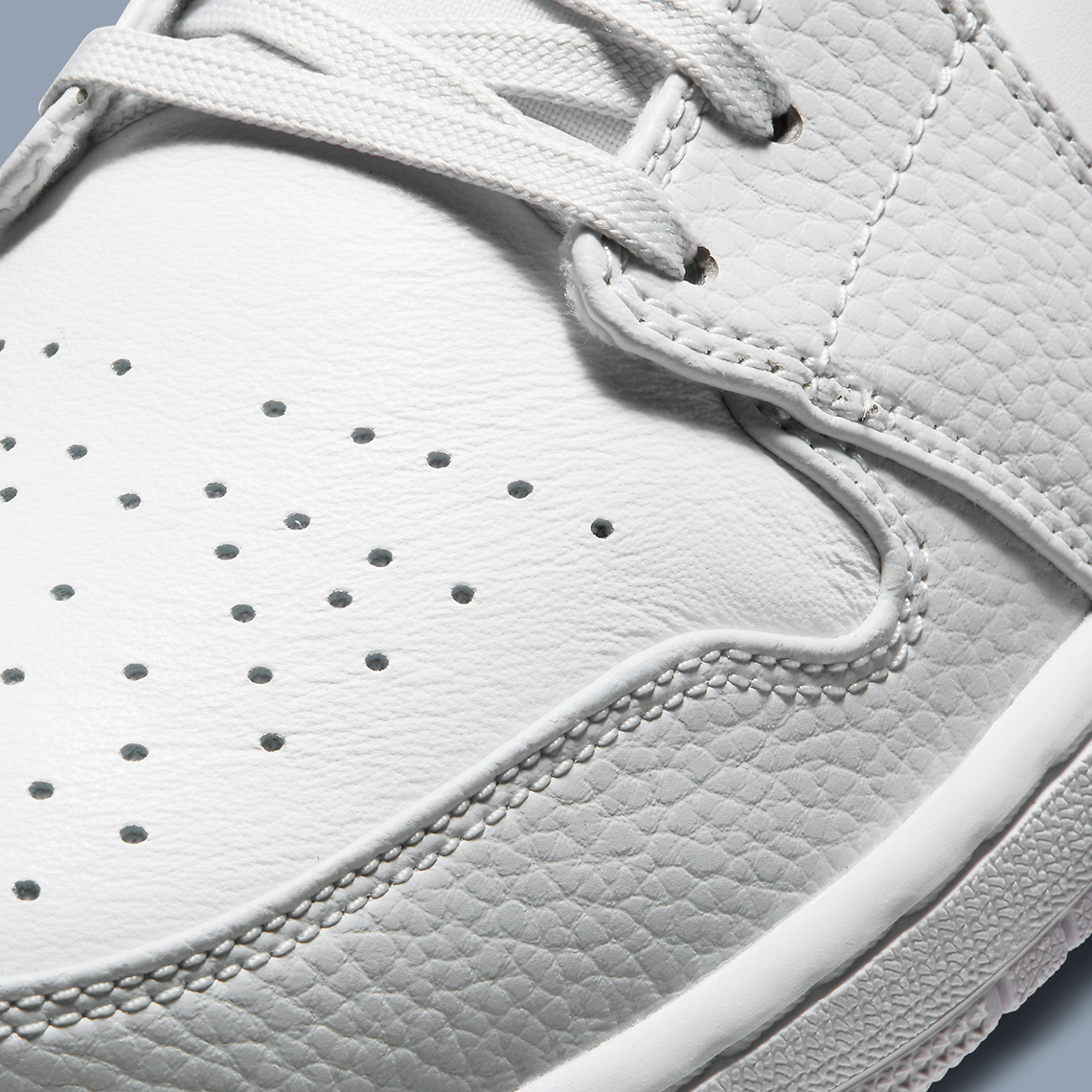 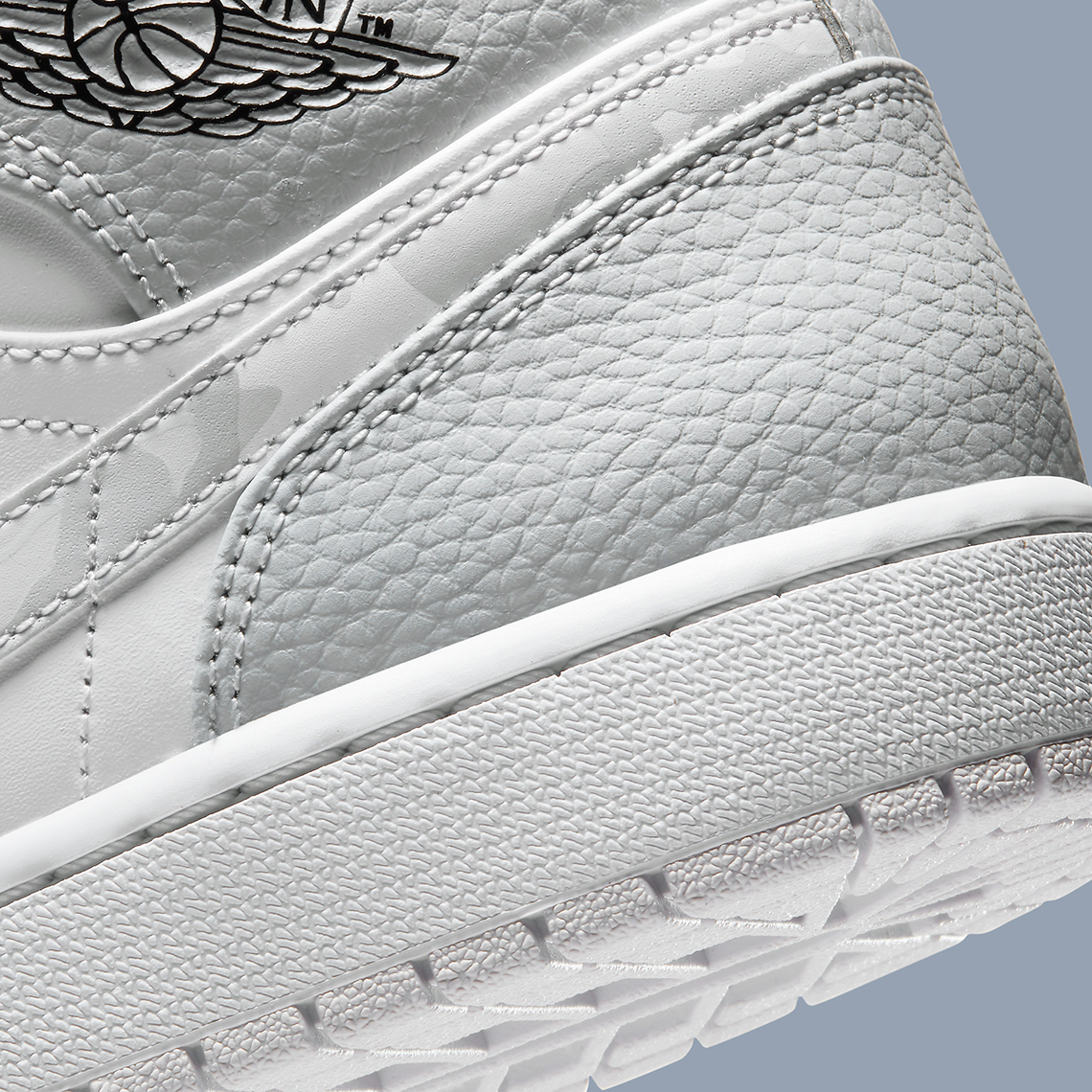