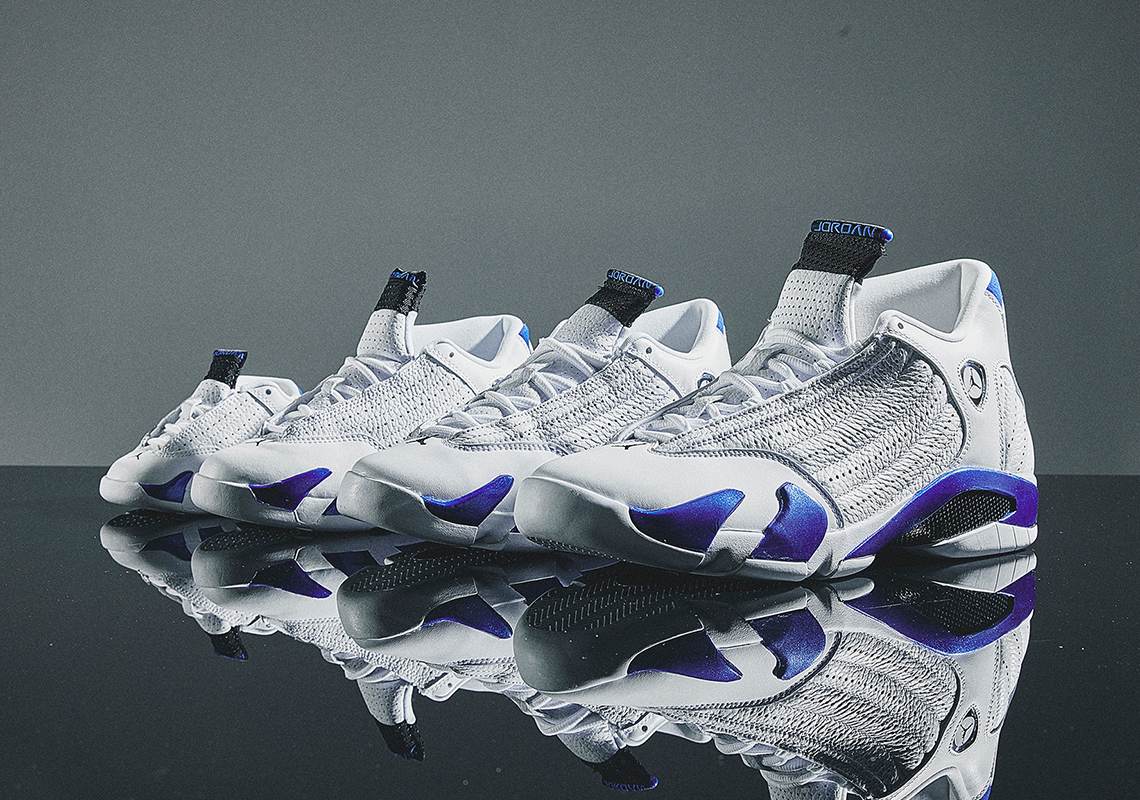 Following its “Gym Red” launch that went down at the top of July, the Air Jordan 14 has mainly stuck to teasing what it has rolled up its sleeve for 2021 which as far as we know, contains a CLOT collaboration and “Partcile Grey” offering. Before we receive further word on those releases, the silhouette is ready bring us another official release to ring in the Fall season with the arrival of its “Royal” colorway.

First teased back in December of last year, and later unveiled by the Jumpman team towards the tail end of June, the simple two-toned makeup is engineered with traditional leather uppers coated in white, and comes color-blocked with jet black branded hits, and midsole molds clad in its titular hue. Full family sizes will be included in this release, and will hit retailers such as Nike.com tomorrow, September 19th.

Elsewhere in sneaker news, the black Union Jordan 4 is releasing again on 9/30. 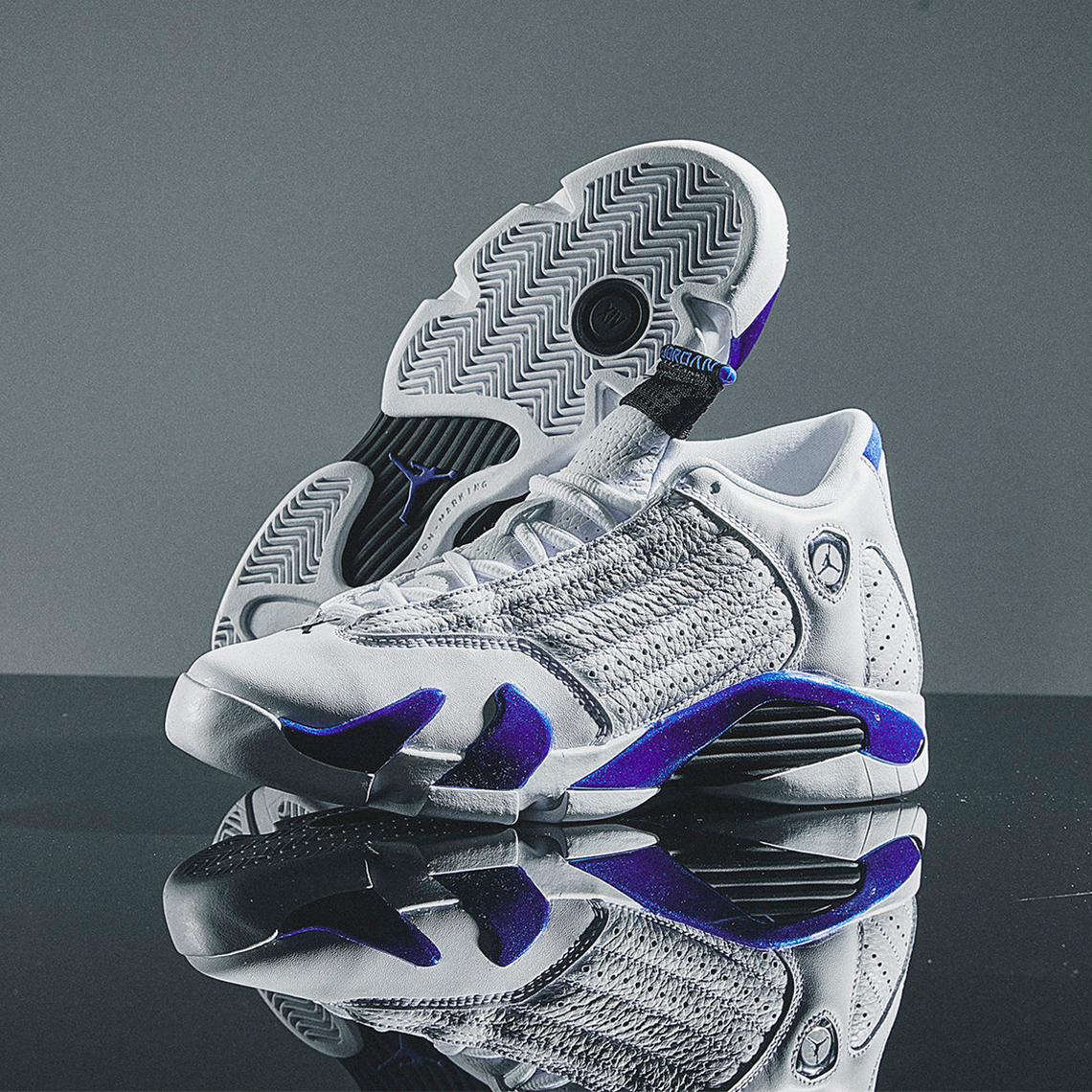 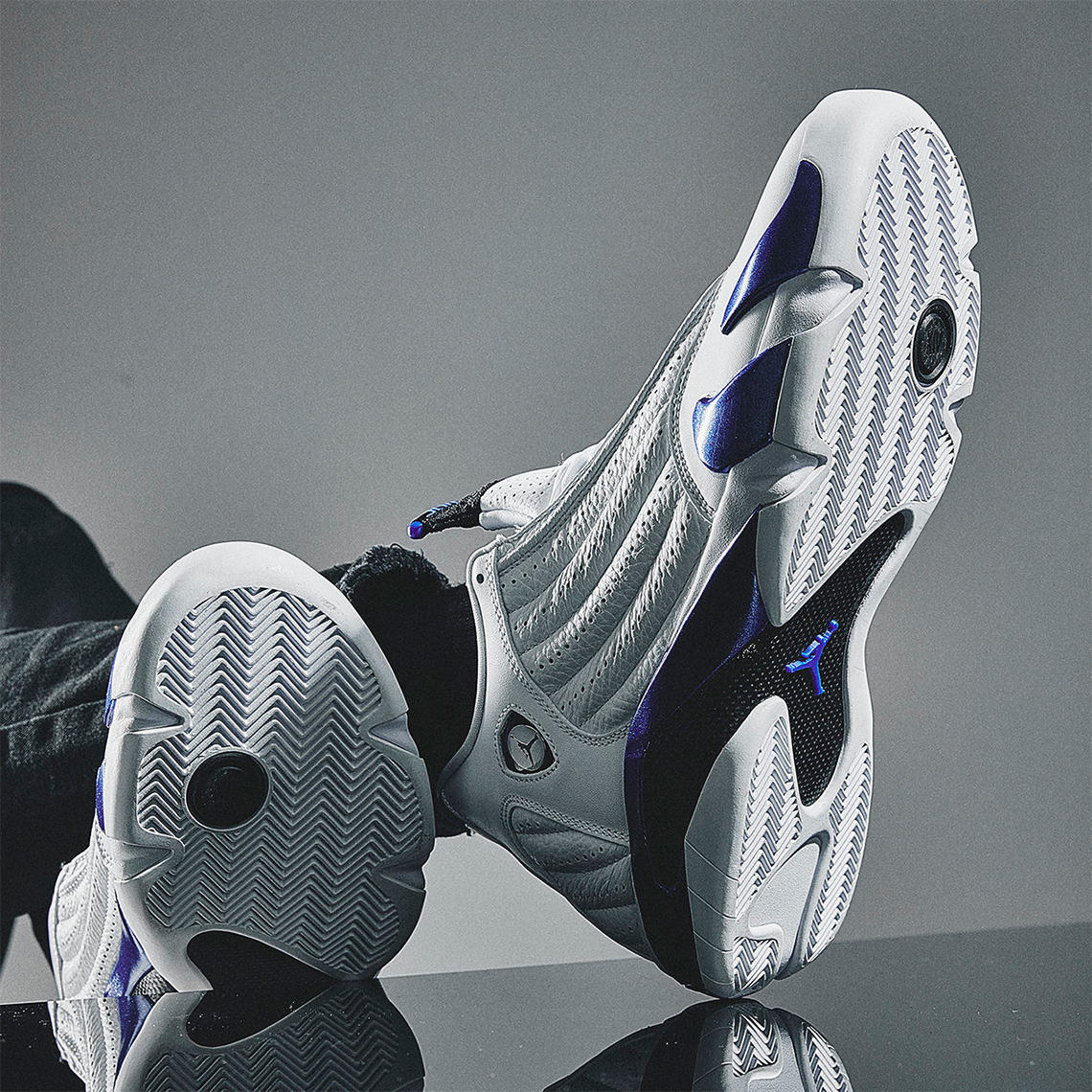