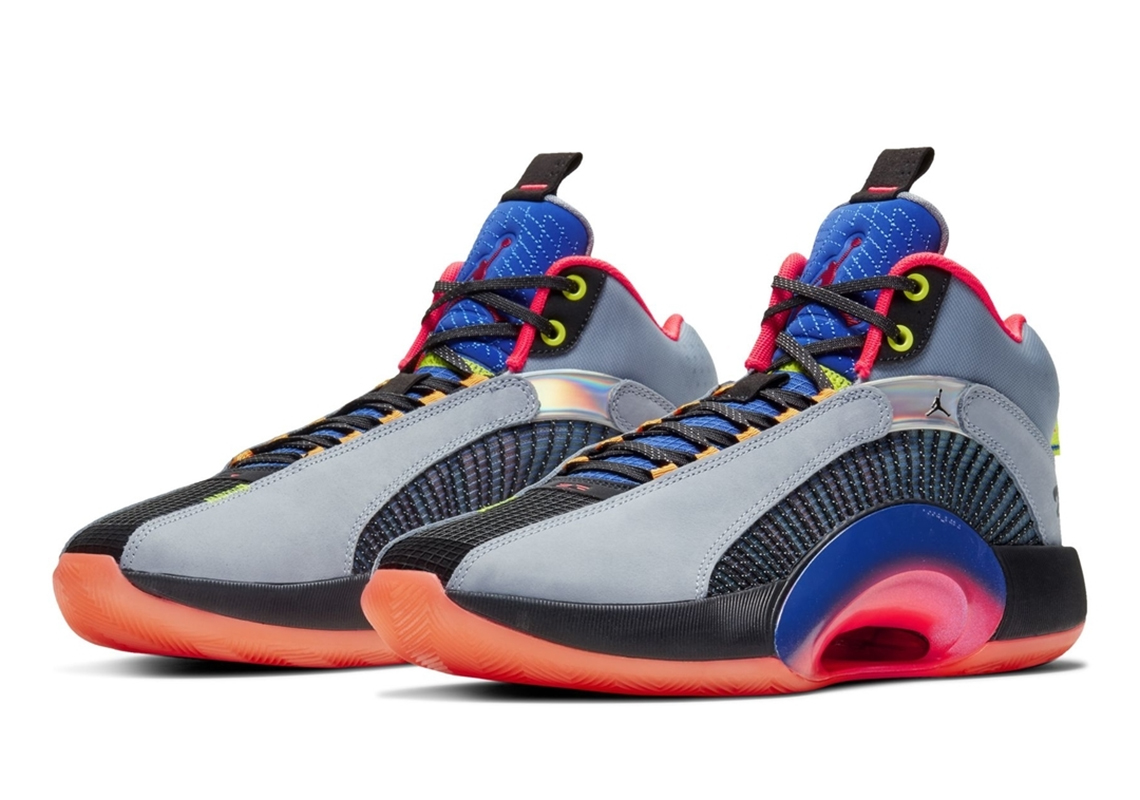 Official Images Of The Air Jordan 35

For Fall/Winter 2020, the Jumpman crew has plenty of new footwear proffer up including that of an assortment of Jordan Retro releases, modernized hybrid boots such as the Spiz’ike 270, and of course, their latest proposition to the hoops market — the Air Jordan 35. The latter is starting to be seen more often through social media, especially it’s multi-colored rendition which was seen in-hand by the Celtics’ rising star Jayson Tatum and spotted in-game on the soles of Jeff Green. However, now the installment has revealed itself through official imagery so we can peep all of its intricate details.

While most of the upper real estate bears that of synthetic materials swathed in dark grey, it’s the accompanying accents that are most enticing here. Standing out right away are the blasts of neon hits atop the midsole molds, treading, sock liners and heel tabs, and the way they complement the saturated blues that rest along the tongues and mid-foot, they almost channel a Nerf-like palette. Other details to point out include that of the iridescent banner sits below the upper’s overlays, the #23 hits in futuristic towards the lateral rear, and the interior tongue decor that reads “84-03” to represent MJ’s tenure in the NBA. Check out a detailed look here below, and find these dropping via Nike.com and select retailers in the coming weeks.

For other news, an Air Jordan 1 Low Light Smoke Grey colorway has emerged. 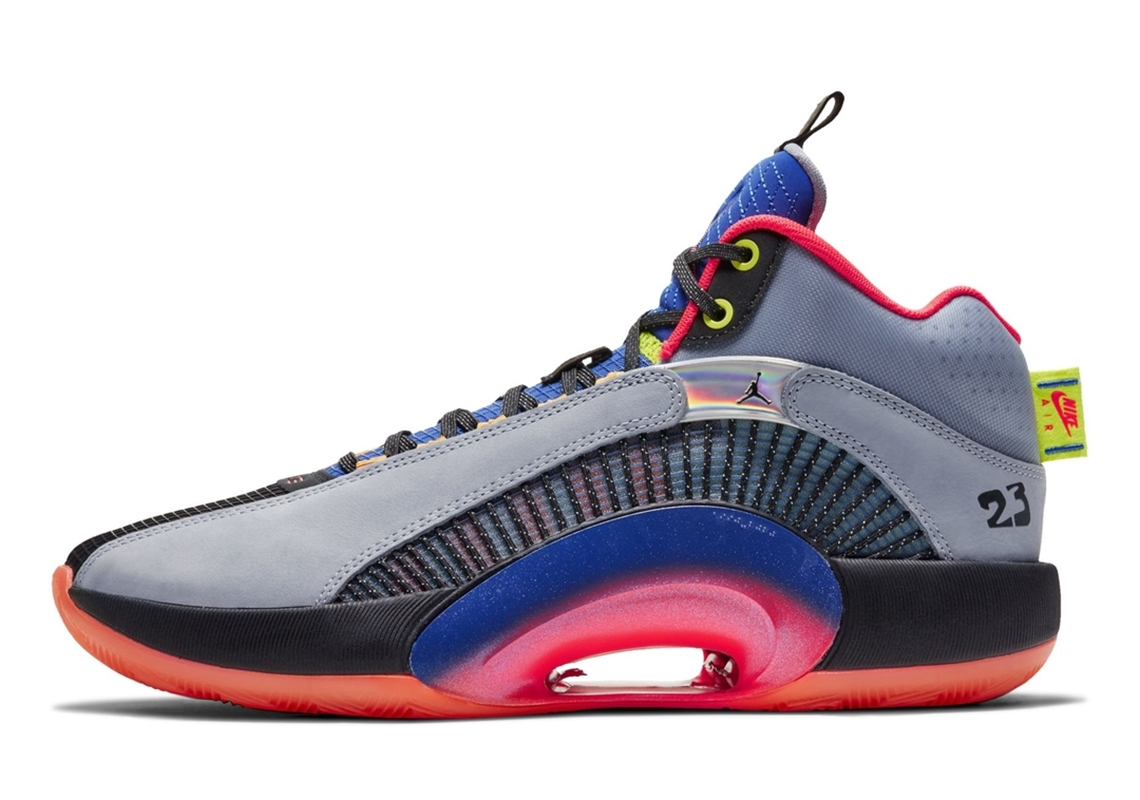 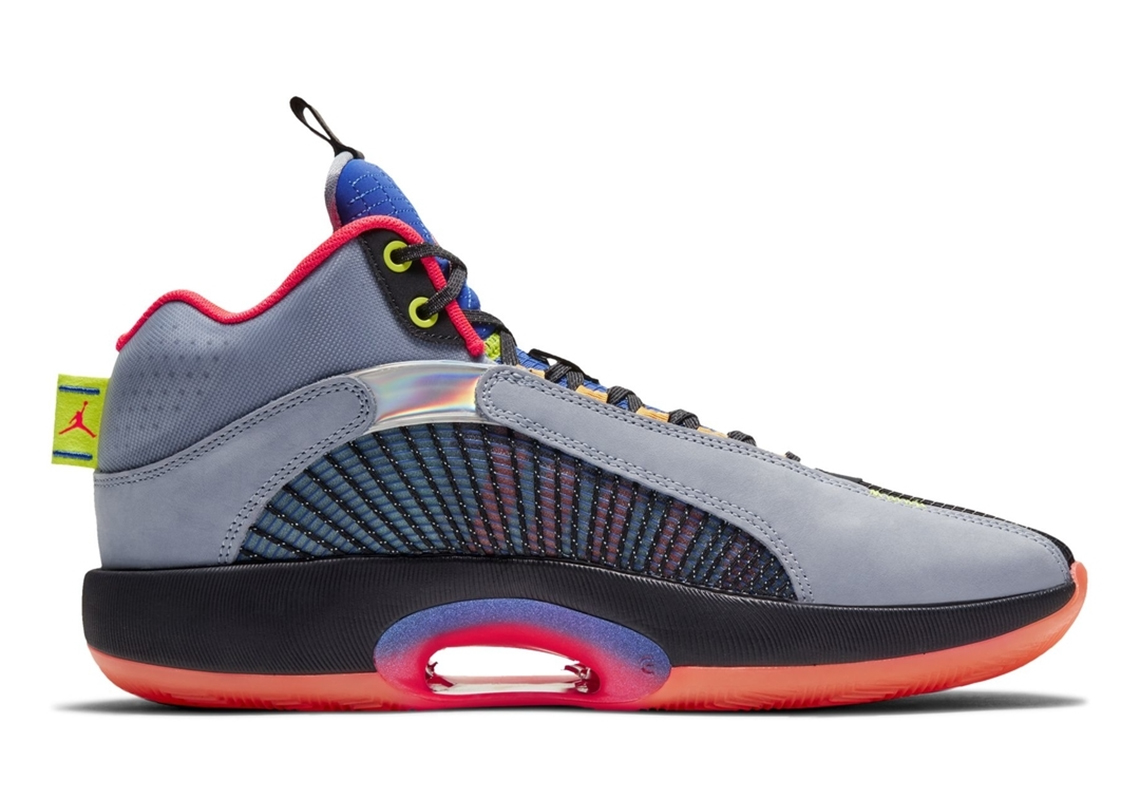 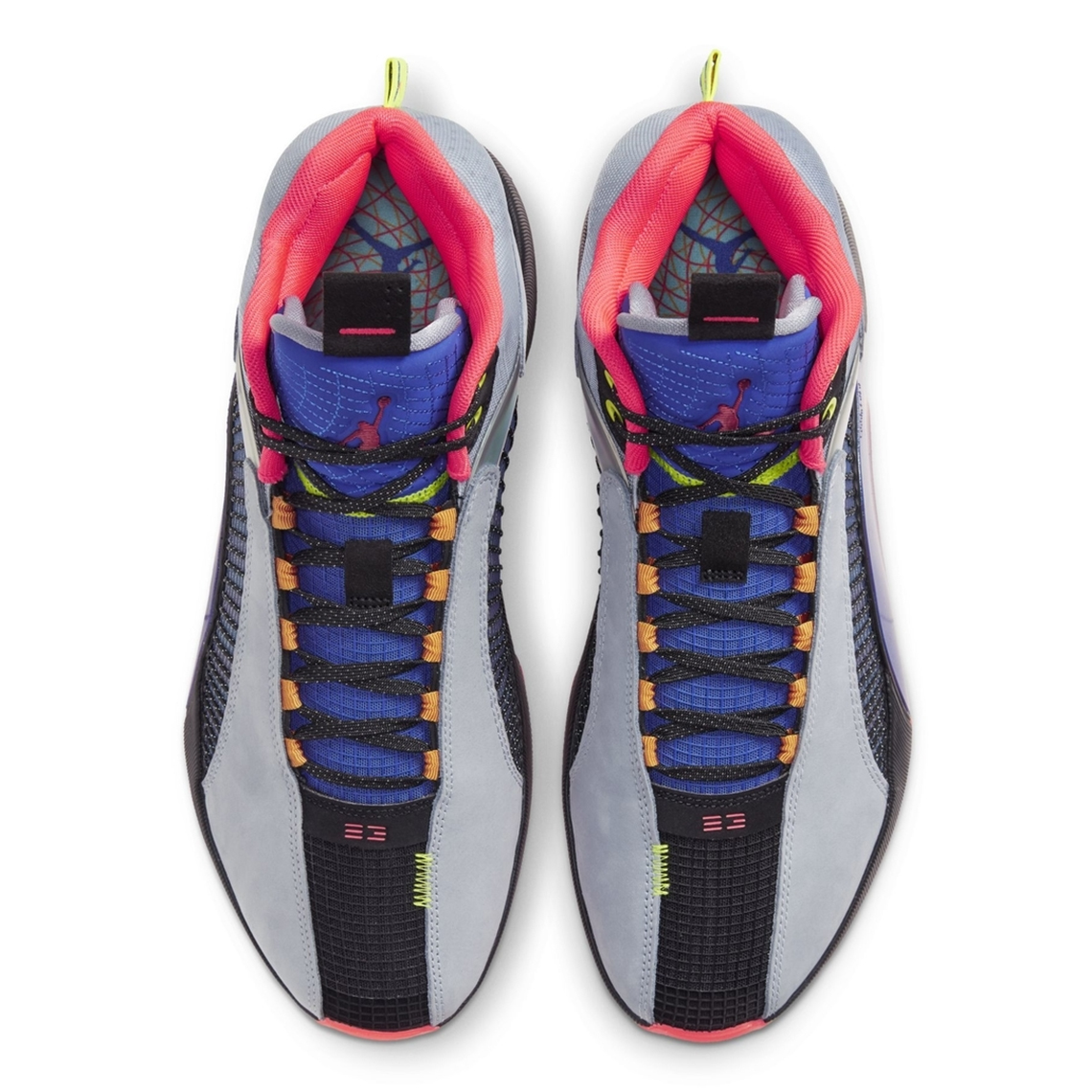 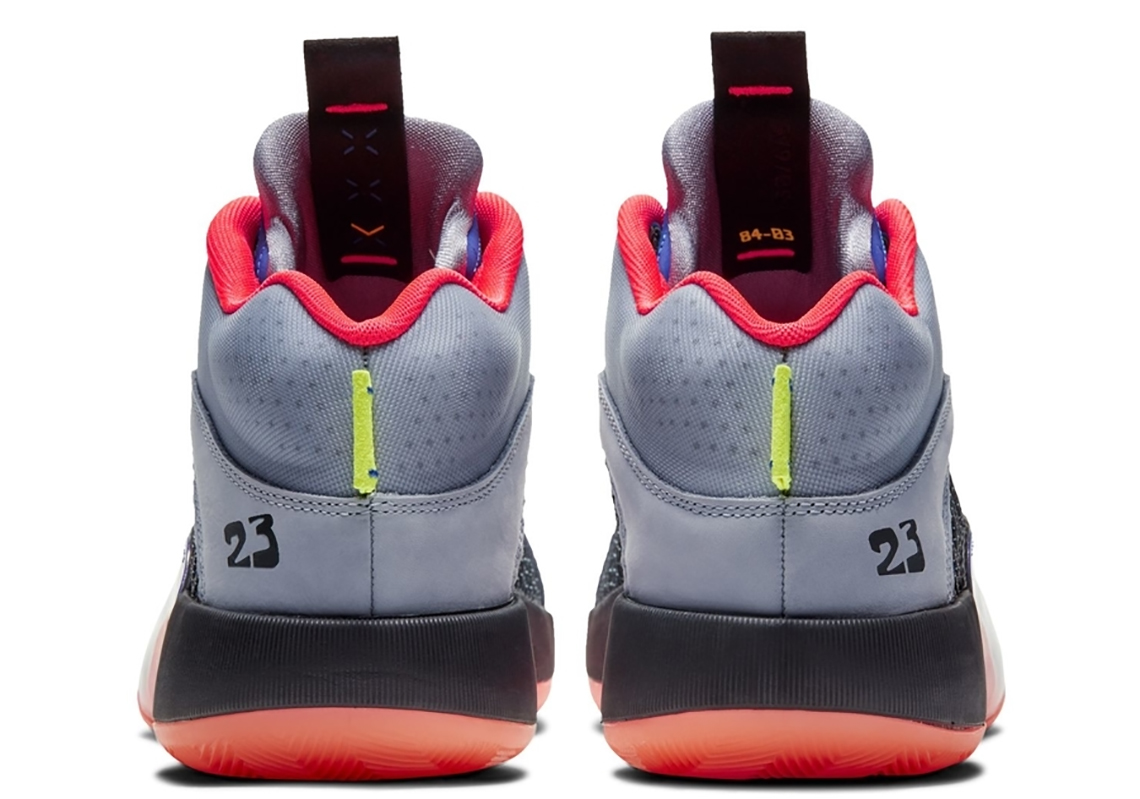 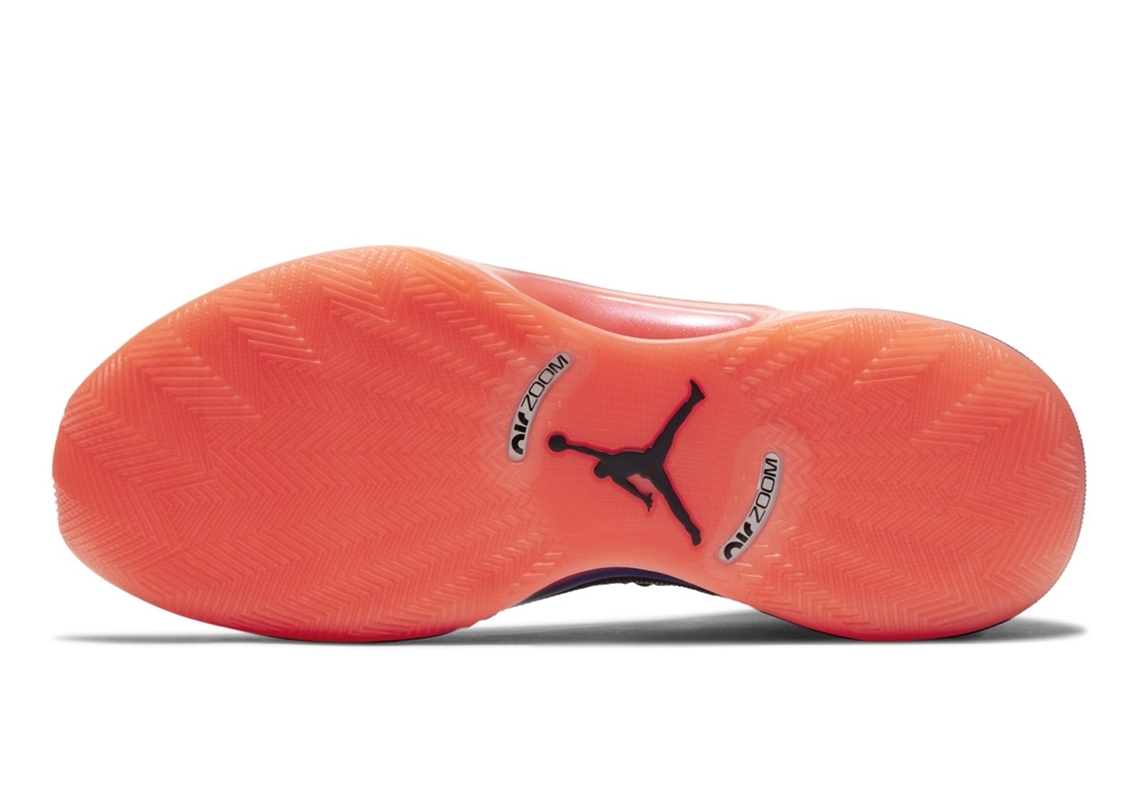 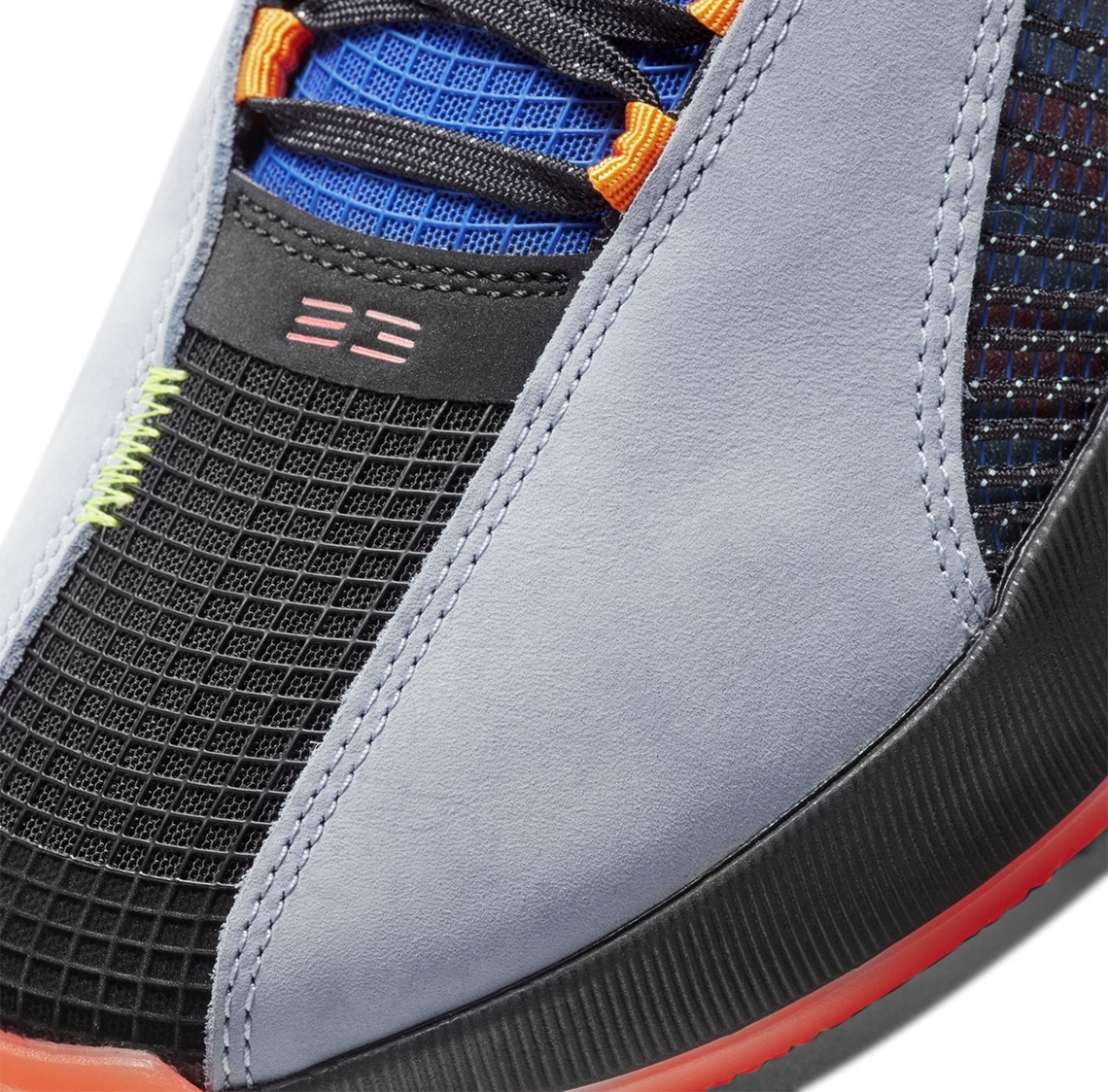 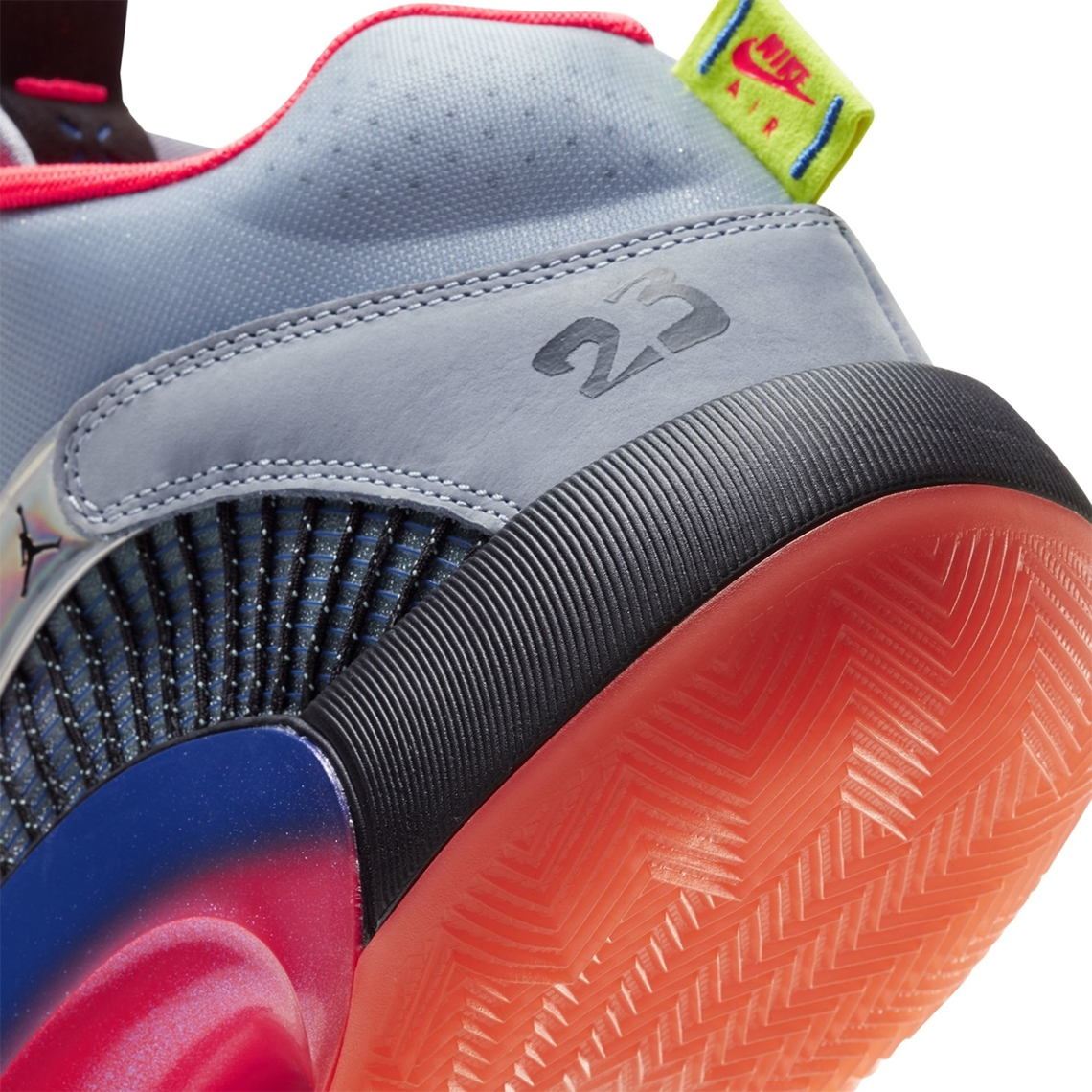 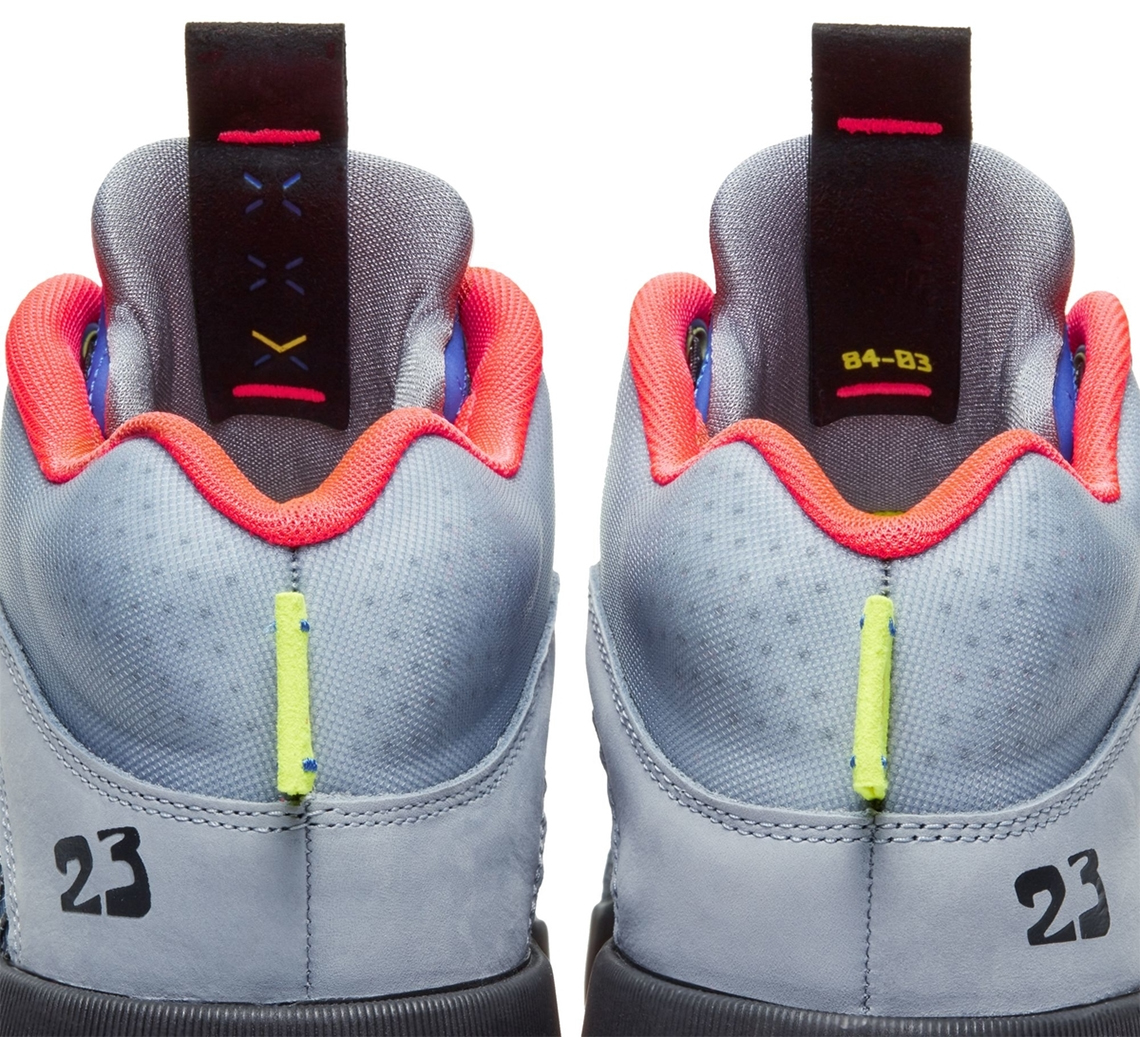