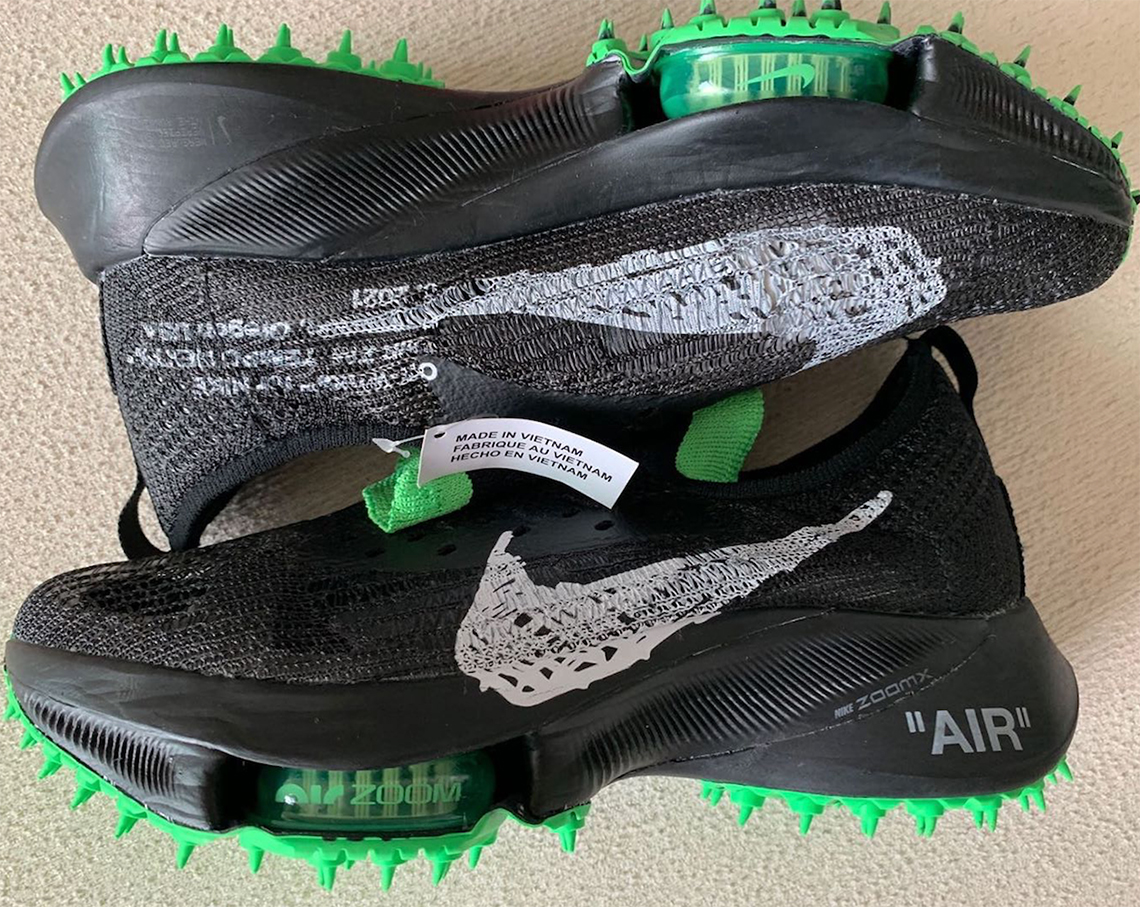 To this day, Virgil Abloh remains as one of Nike and Jordan Brand’s most influential collaborators, and after delivering the Air Jordan 4 “Sail” this past July, the ever-popular designer is ready to continue building his Beaverton archive with more sneaker offerings. Back in March, whispers of the Off-White creator diving back into the realm of running silhouettes were starting to float around, but it look as though we could be inching closer to an official confirmation as first imagery of the said Nike Zoom Tempo NEXT% project have leaked into our midst.

The overall shape is kept consistent to the original model, but Abloh makes a few significant alterations that allow this iteration to stand on its own. For one, the Swooshes are no longer crafted with outlines, but rather formed with an almost crackled, DIY paint aesthetic that arrive in equal sizes between the lateral and medial panels. Additionally, the outsoles have been modified with track spike treading to keep consistent with the past Off-White Vapor Street and Waffle Racer collaborations. Color-wise, they are formed with stealthy skins that cover both the knitted uppers and midsoles, as well as clean white Swooshes, medial and rear midsole Helvetica branding, followed by “Scream Green” outsoles/forefoot Air units that channel a similar look to the OG AlphaFly NEXT% installment. Peep a first look here, and sit tight for further word of their official launch on Nike.com.

Elsewhere in sneaker news, official images of the Air Jordan 35 have emerged.