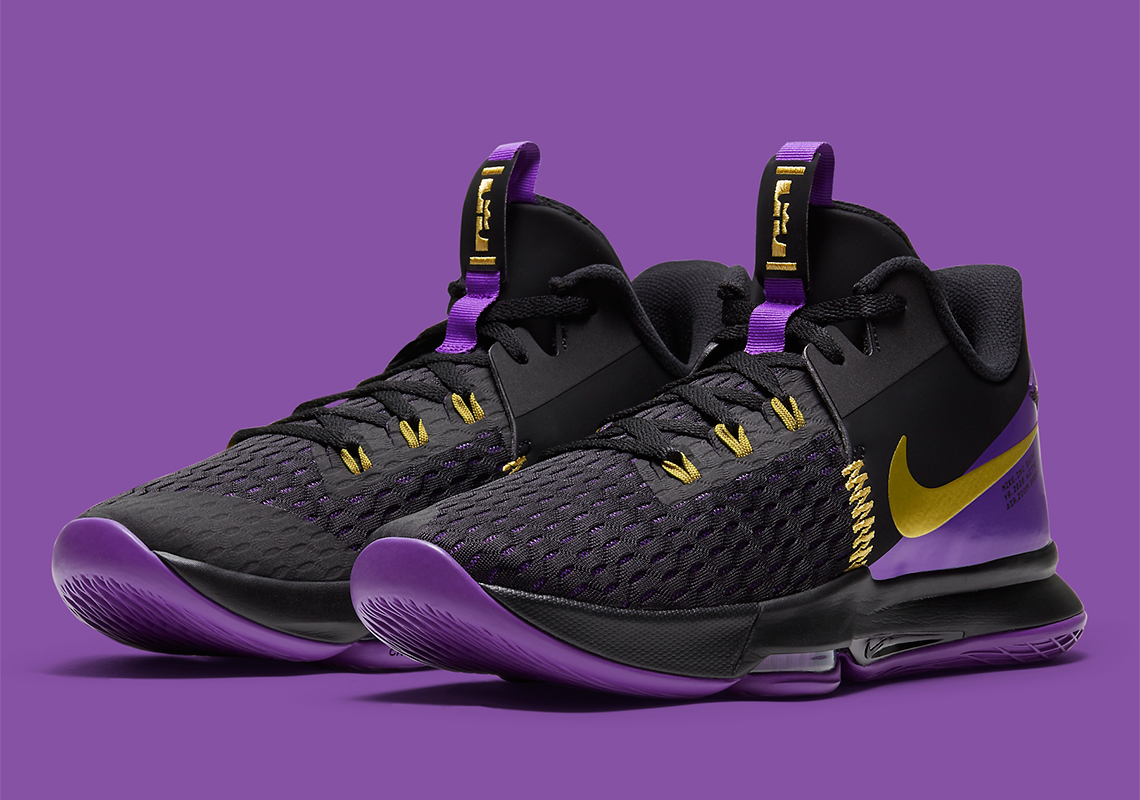 Up 3-1, LeBron James and his Lakers squad are sittin’ pretty heading into game 4 of the NBA Finals that’s set to go down on Friday night. And for LA fans invested in this quest for the franchise’s 17th ring, you now have the chance to rep your team with the King’s newest takedown hoops silhouette — the Nike LeBron Witness 5.

Visually, the model hosts certain elements that can be compared to the Nike KD 9 which first launched in Summer 2016 such as the mid-cut height, mesh forefoot paneling, and medium-sized Swooshes that rest along the lateral rear. For LeBron, timing couldn’t have been better in terms of the revealing of this specific colorway as it directly nods to the very ball club that he suits up for. While predominantly hued in black, supportive accents of purple and gold complement in a handful of sections; the former seeing through to treading and heel overlays, while the latter swathes the Swooshes, exposed tongue and mid-foot stitchings, and the lace loops. If you’re looking to cop a pair now, note that they are available on eBay, but expect an official Nike.com release to occur in the coming weeks.

For other basketball shoe news, detailed images of the Air Jordan 35 Warrior have emerged. 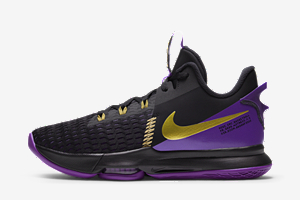 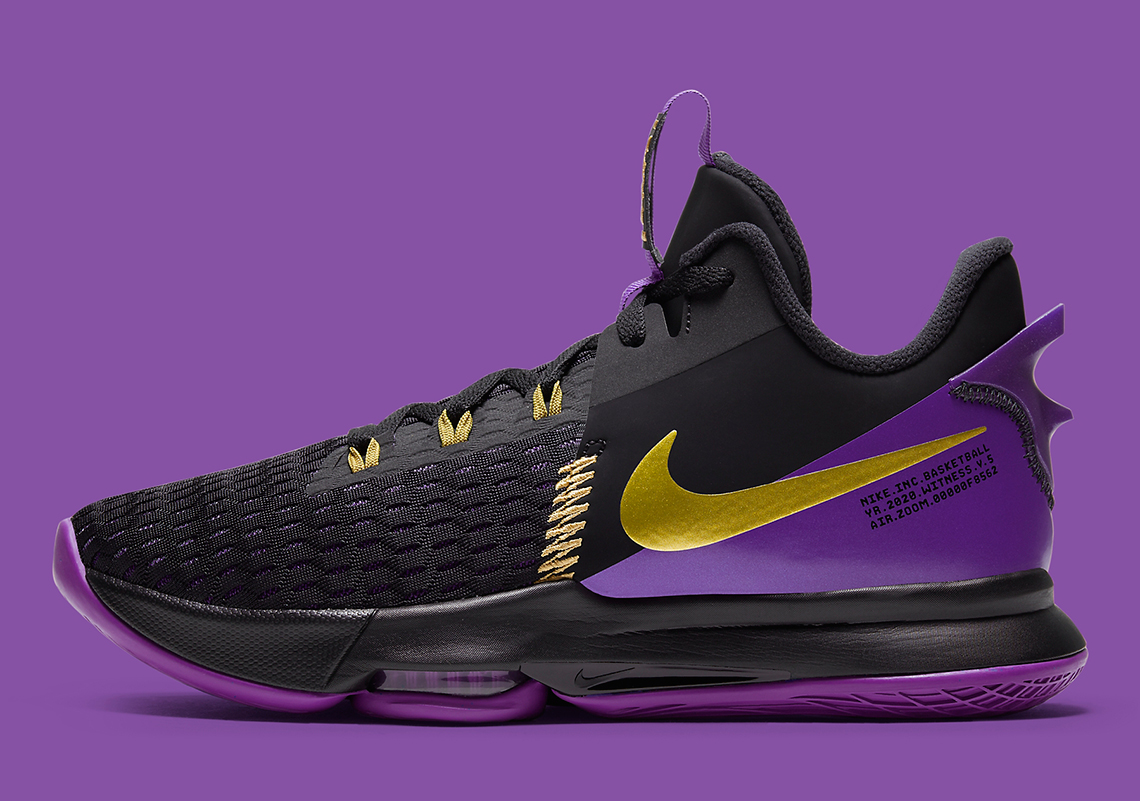 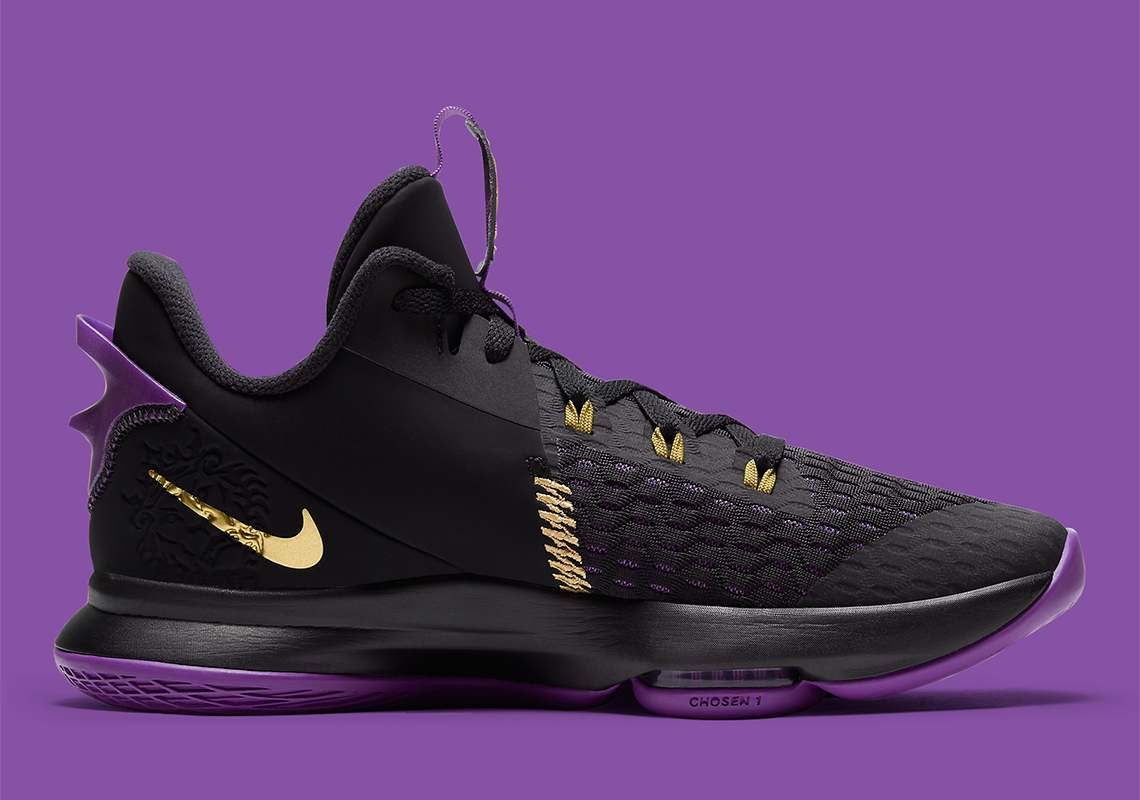 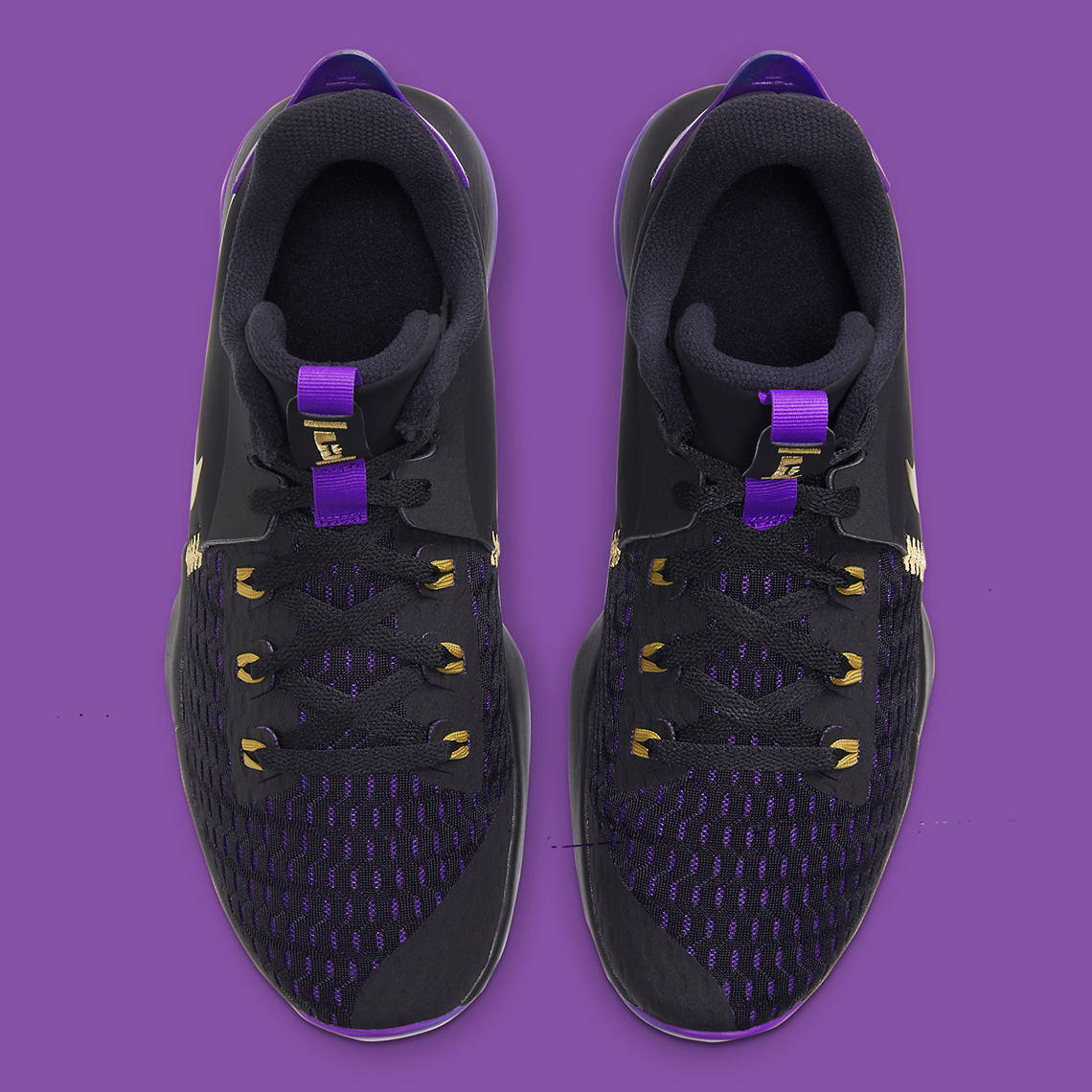 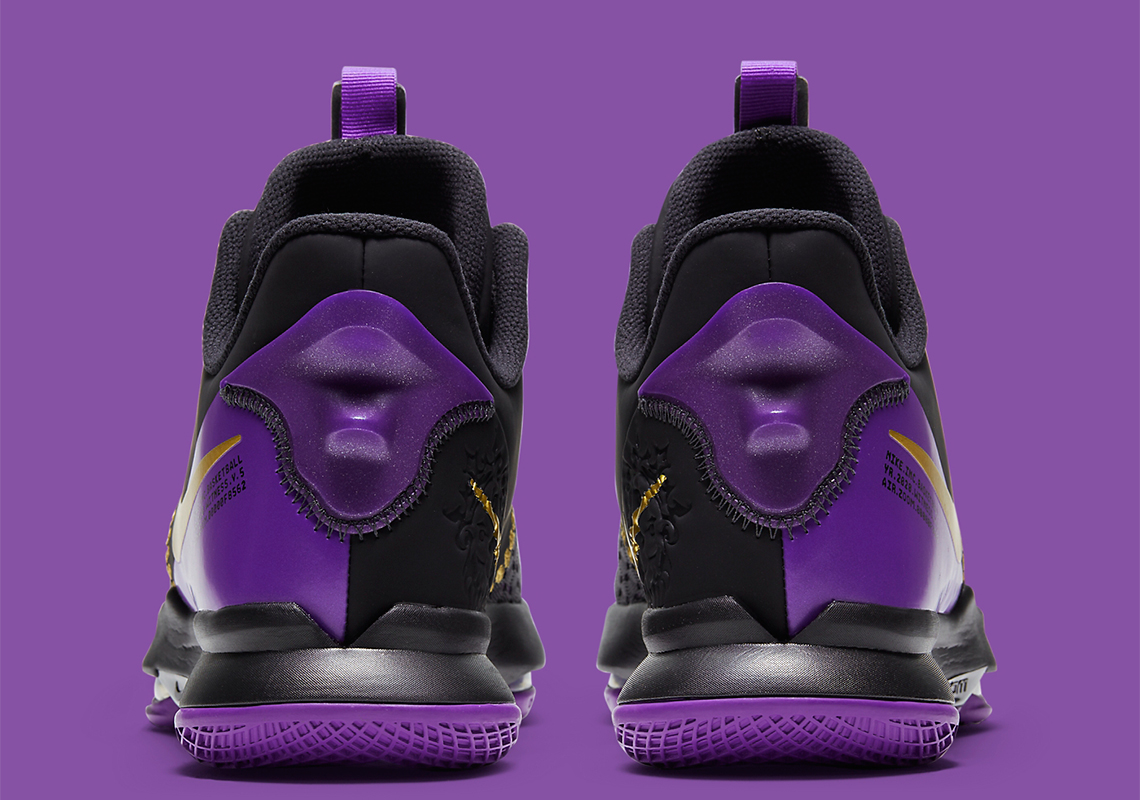 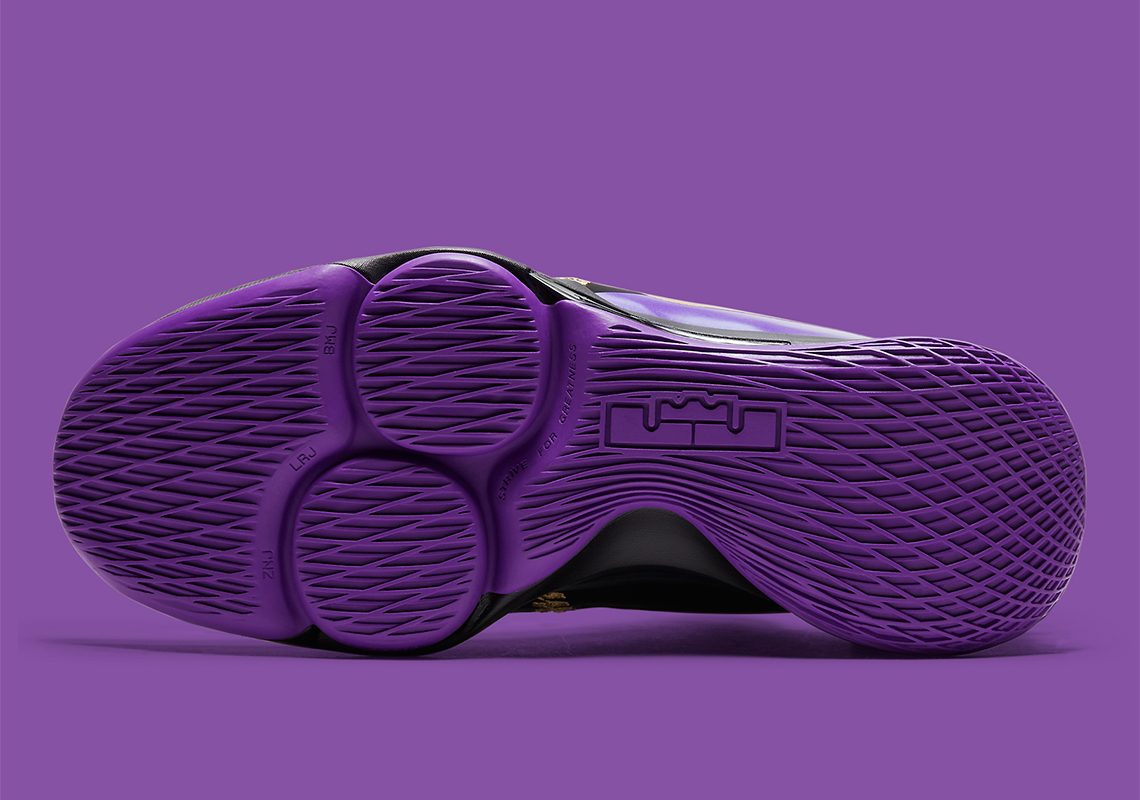 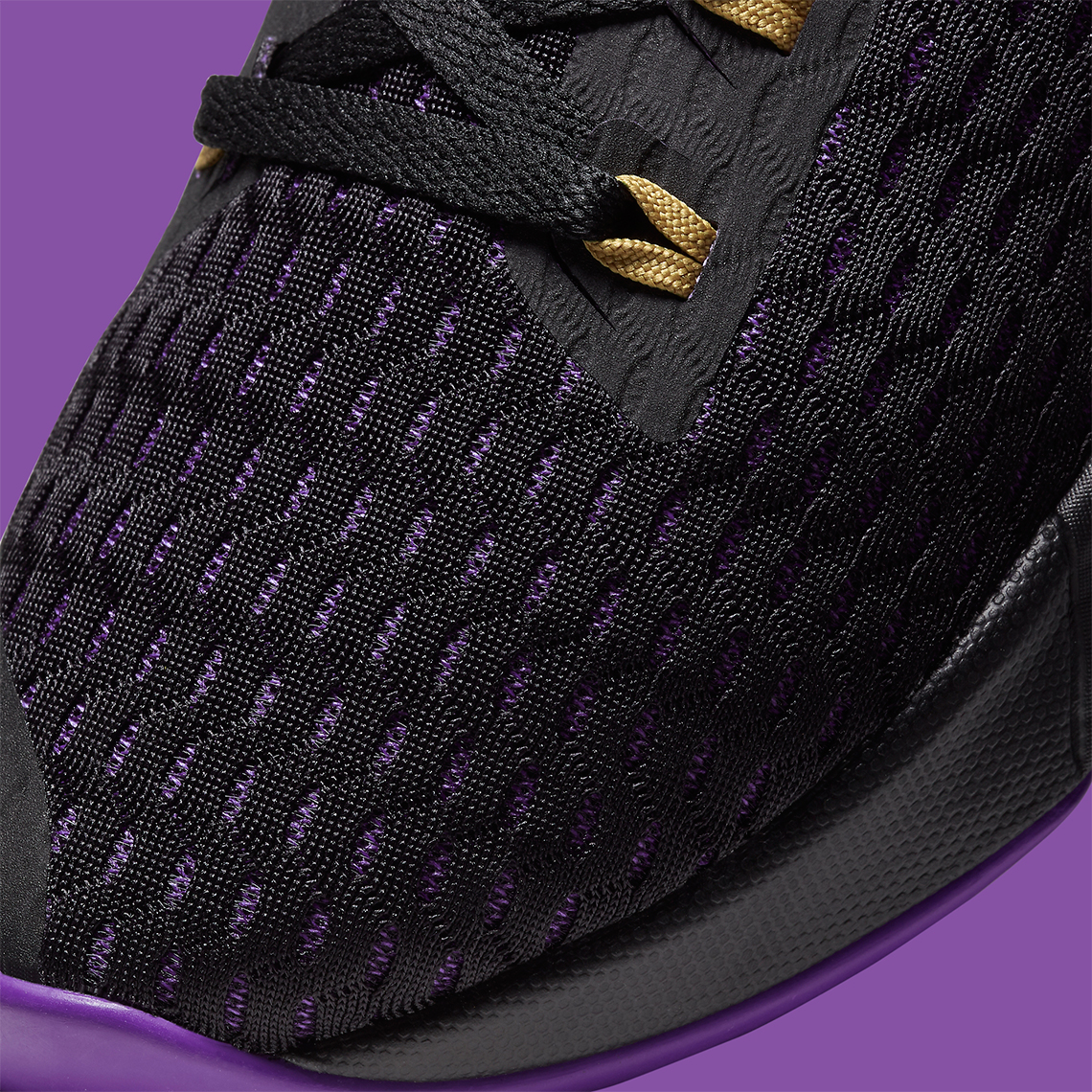 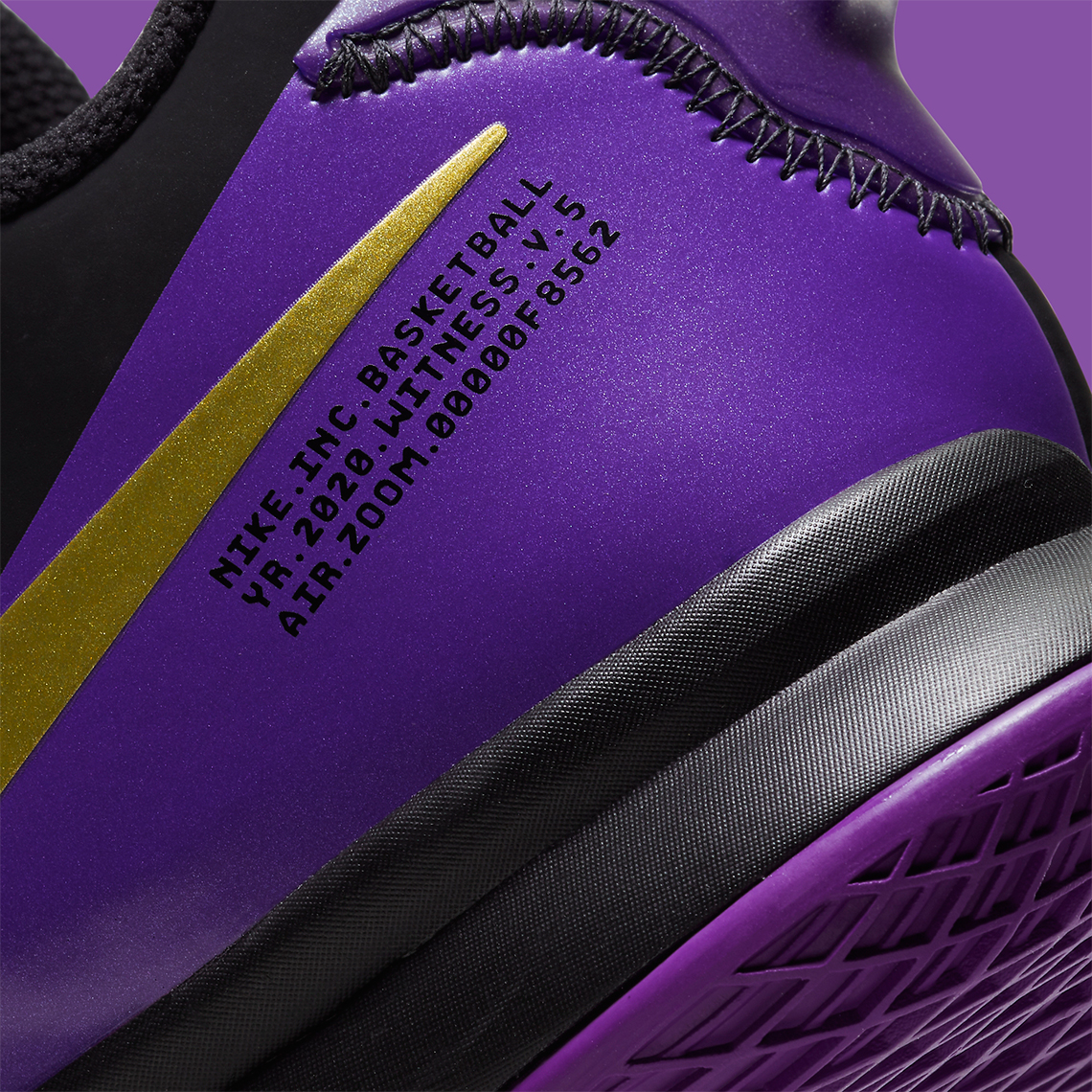