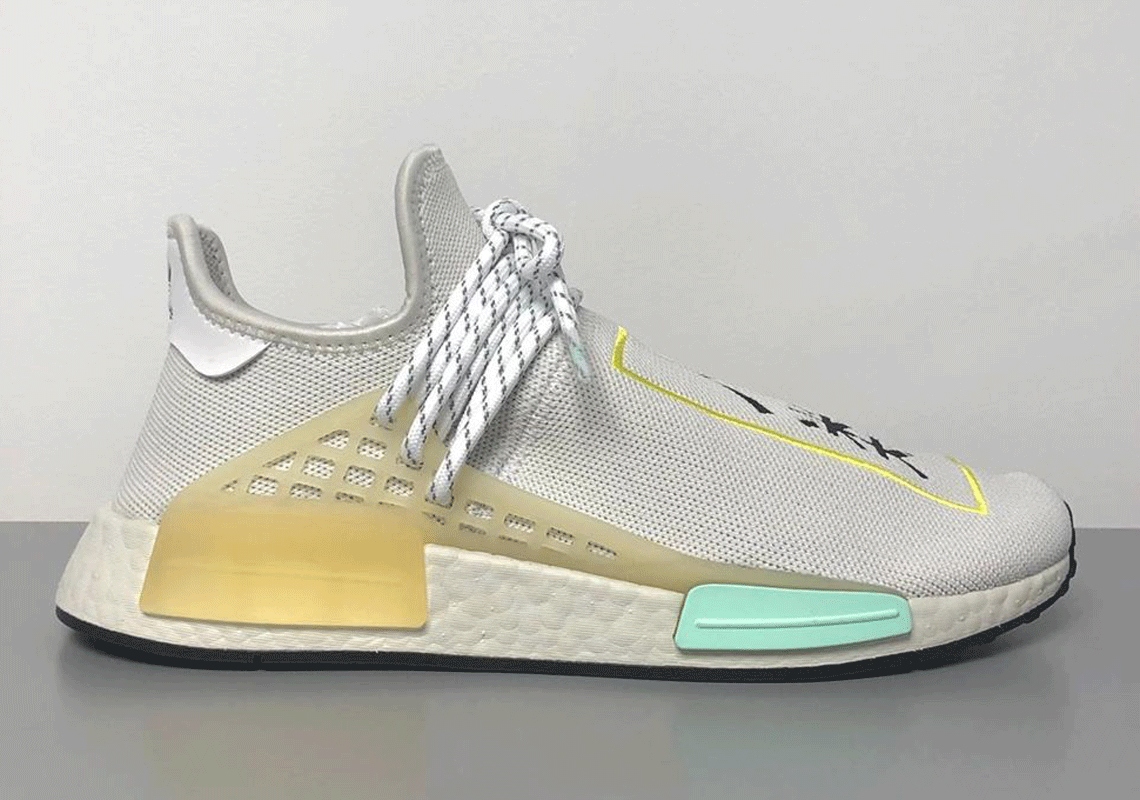 Pharrell‘s partnership with adidas has been steadily producing footwear and apparel throughout 2020, but it’s seemingly ramped up production for fall and winter. The Virginia-native has flexed his creative chops on various silhouettes, but none have been as well-received as the NMD Hu. Slated to launch in a handful of colorways soon, a first-look at a pair exclusive to the Asia-Pacific region has recently emerged.

Predominantly clad in a greyscale palette, the Boost-cushioned silhouette features characters from forefoot to tongue as with every other Human Race NMD. An embroidered border accompanies the black symbols, and boasts stark yellow contrast. While not of the same shade, profile cages and rear midsole plugs boast a champagne-reminiscent tone; their semi-translucent finish further deviates from the pair’s understated makeup. The accent on the lateral forefoot also contrasts this NMD Hu’s top-half, but also the off-white full-length Boost cushioning and all-black tread.

Full details are still unknown about this proposal, but pairs are likely to launch on adidas.com web stores across the Asia-Pacific region before 2021 arrives.

For more from the German sportswear retailer, check out the Yeezy 350 “Ash Blue” slated to launch in February 2021. 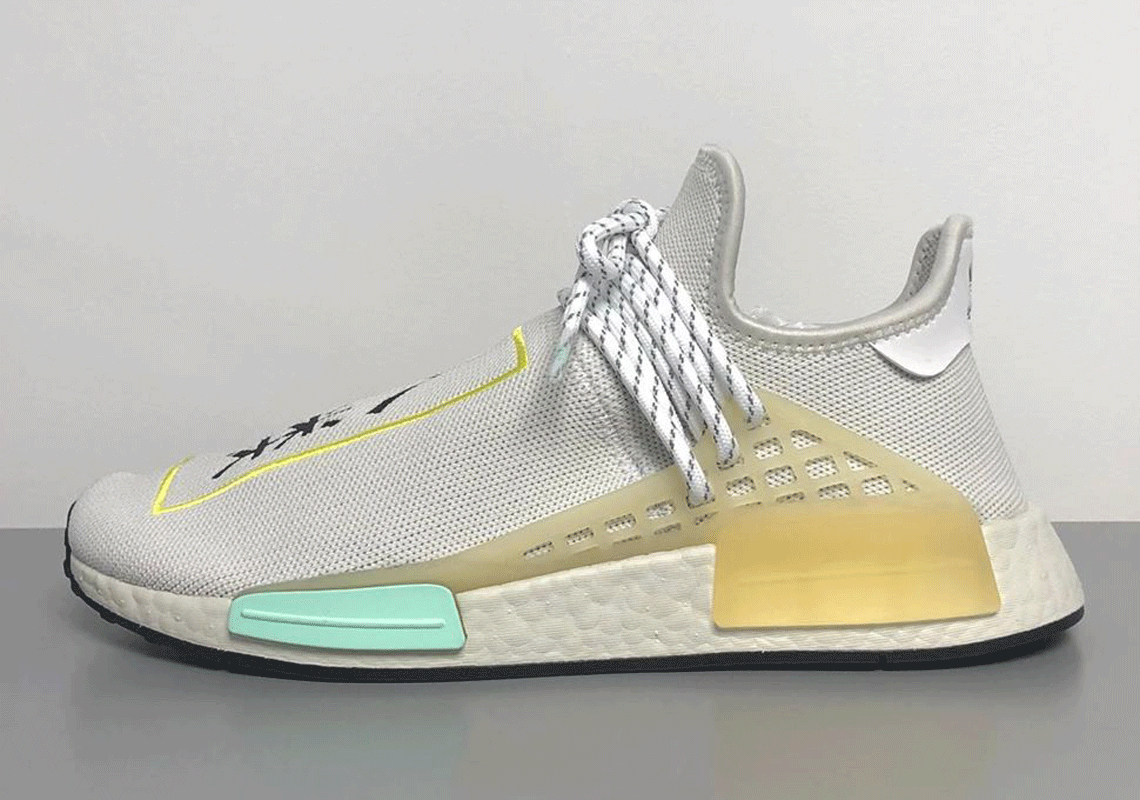 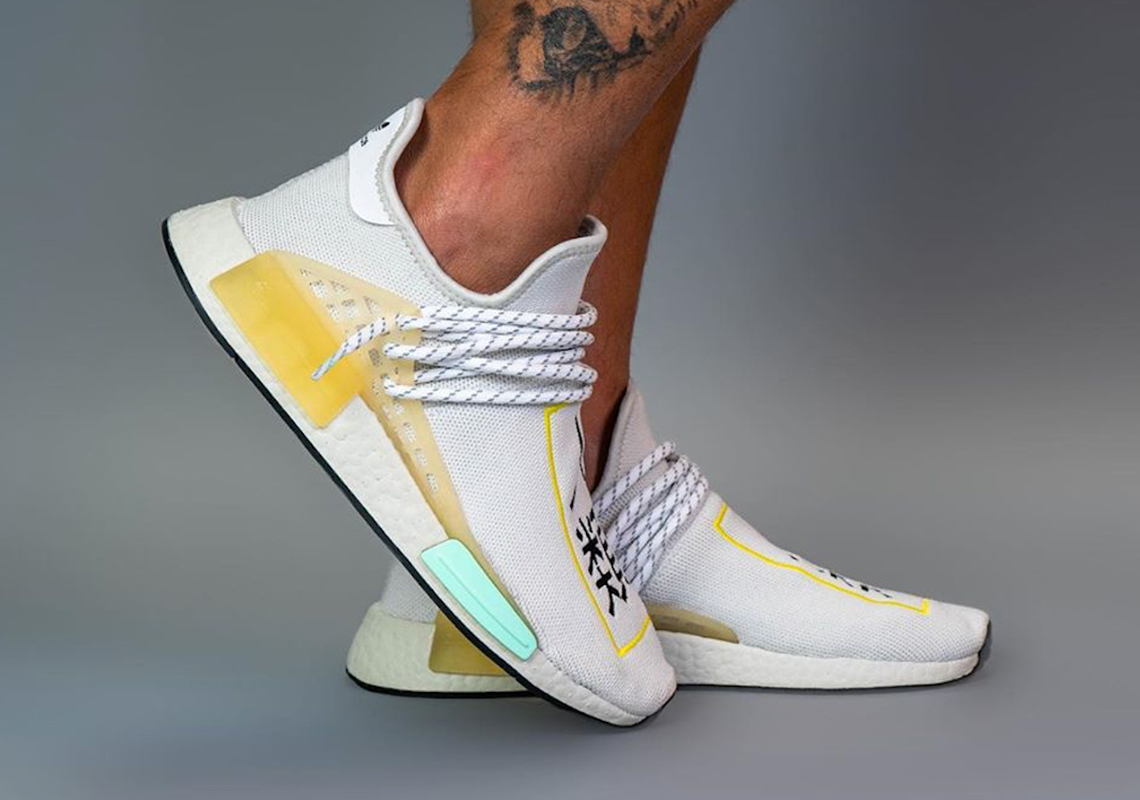 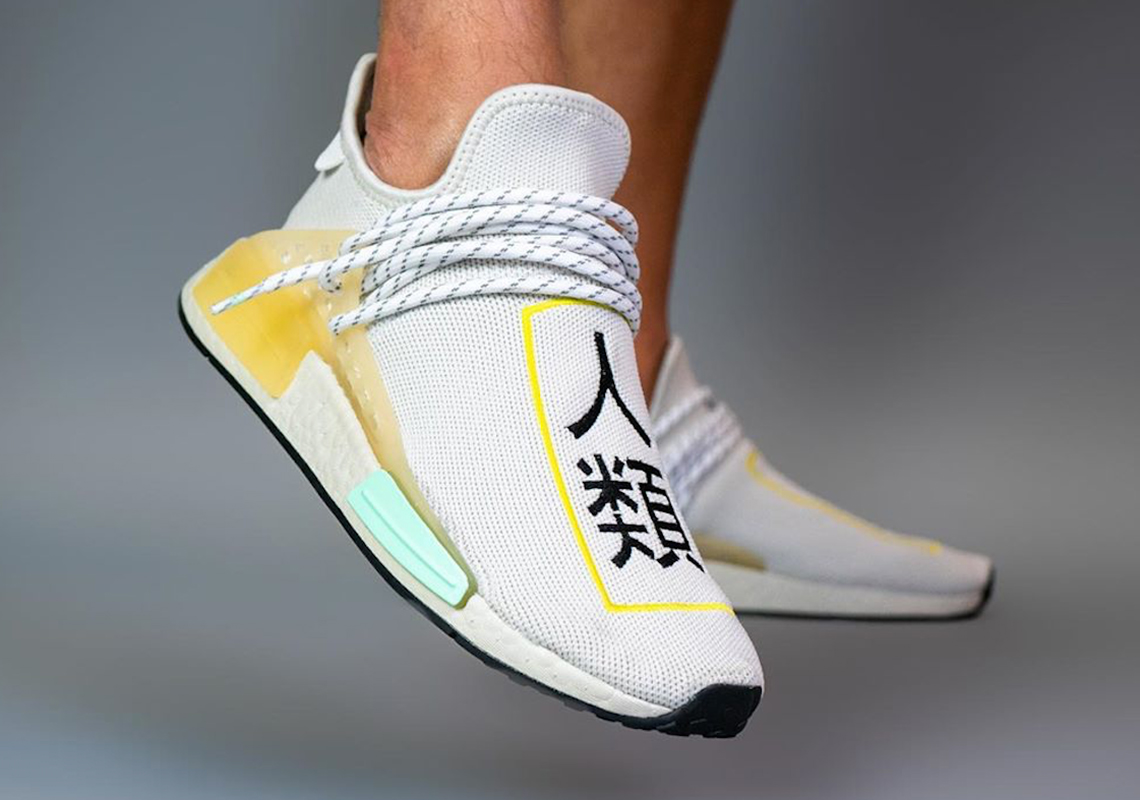 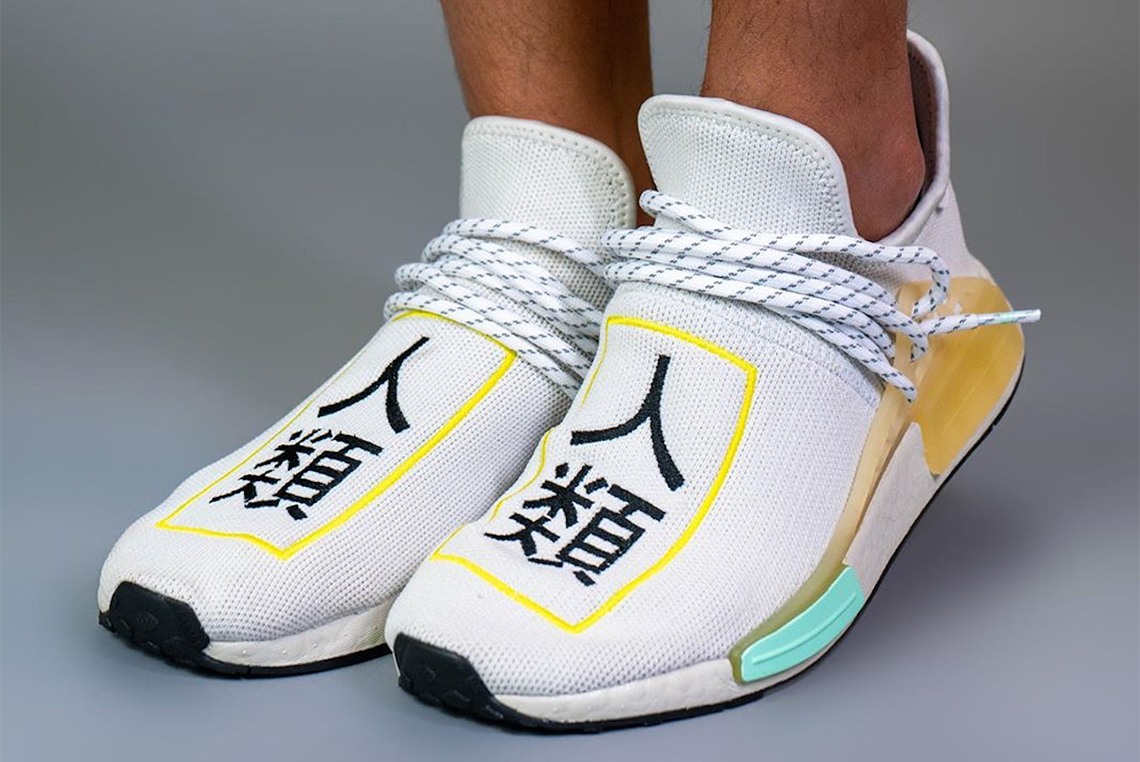 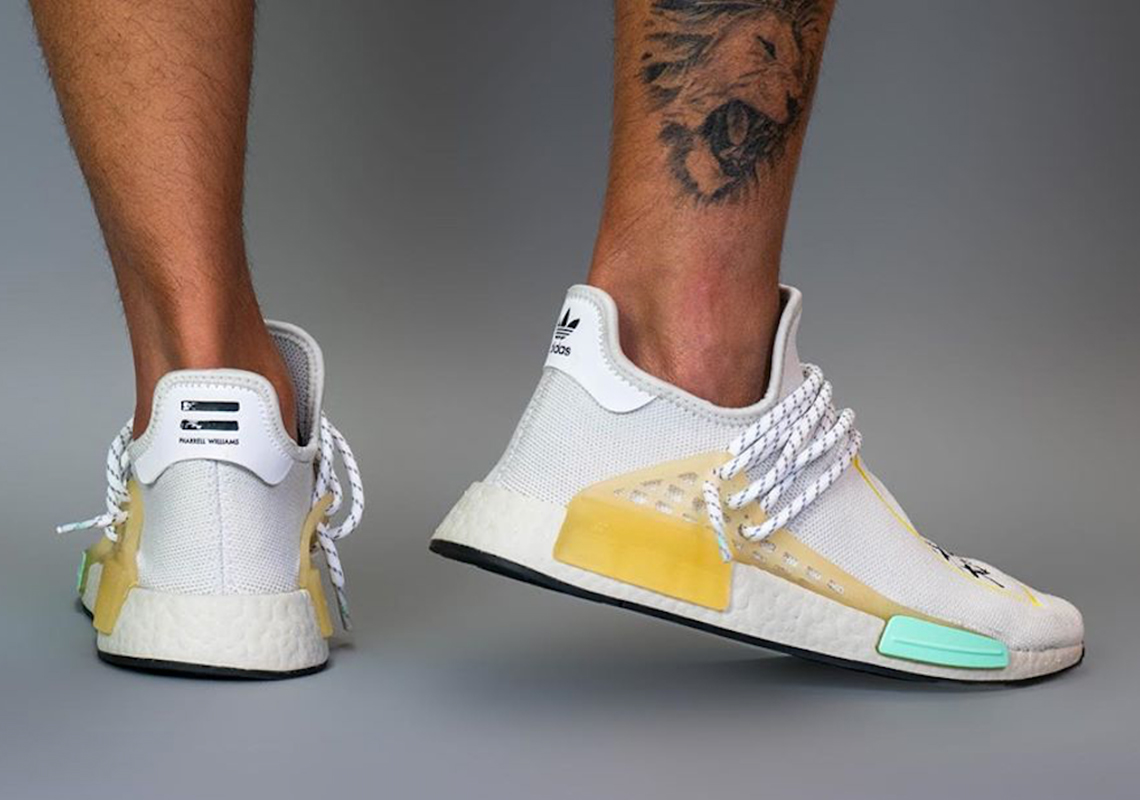 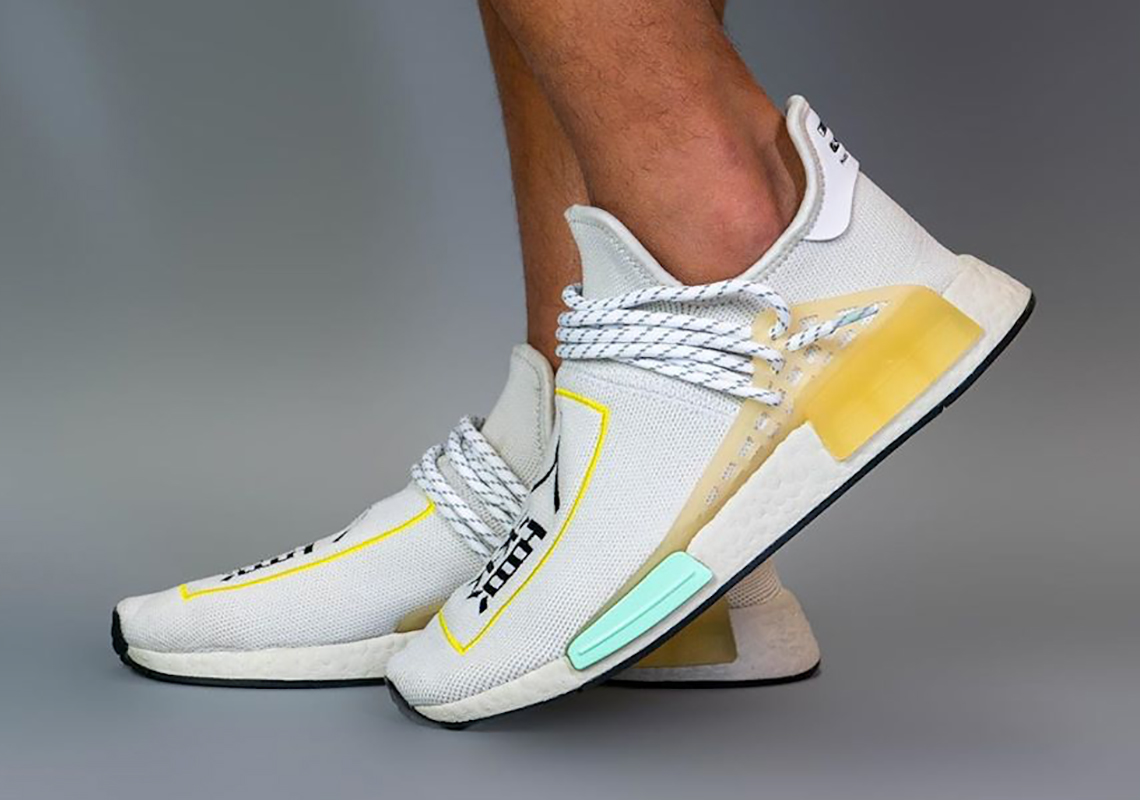 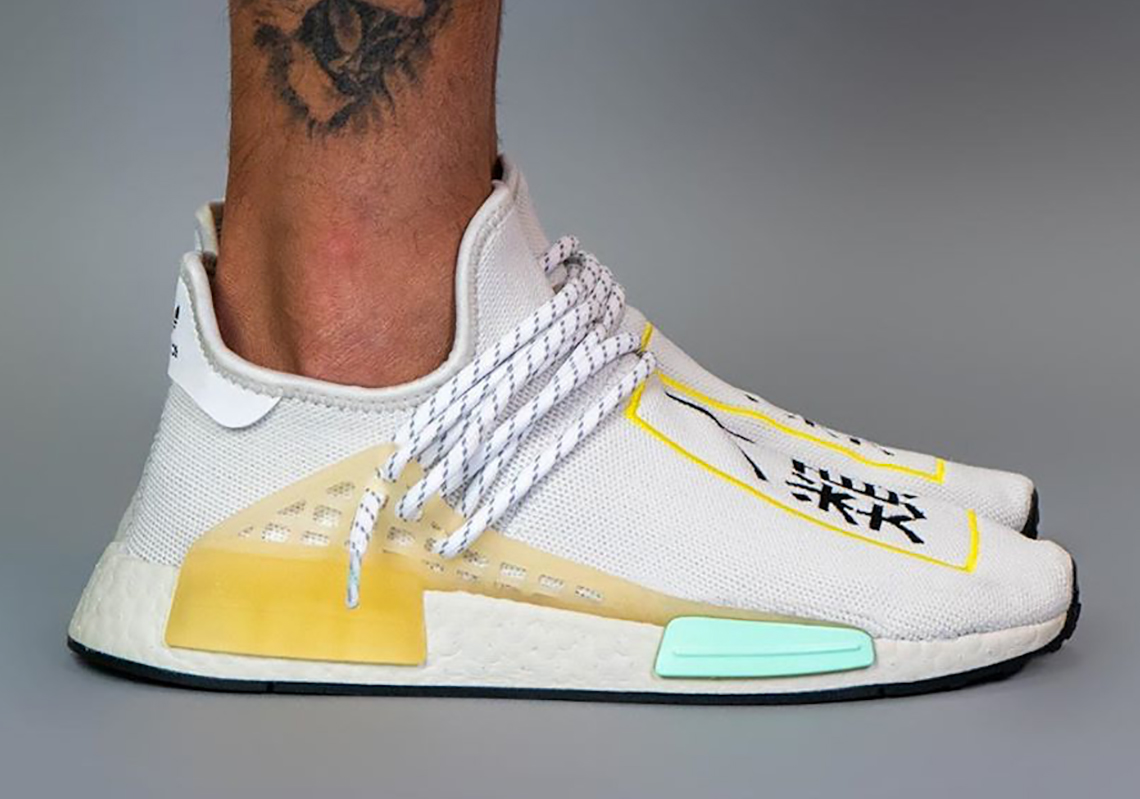 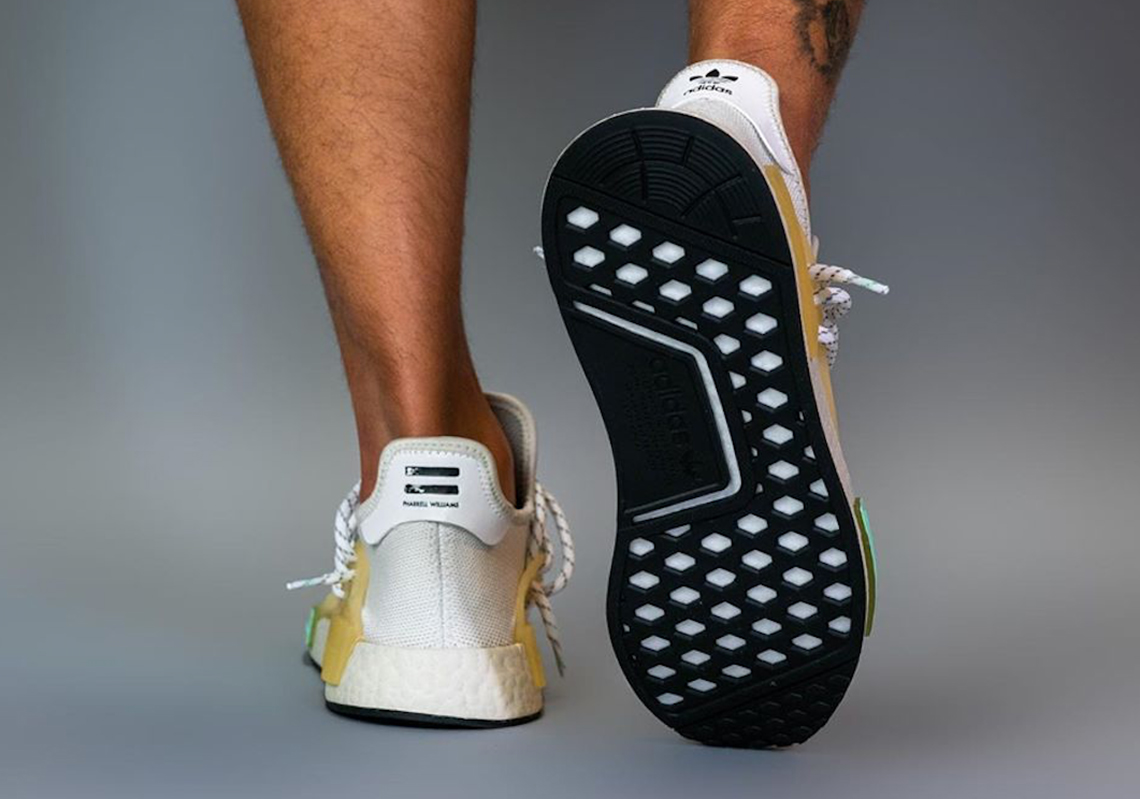 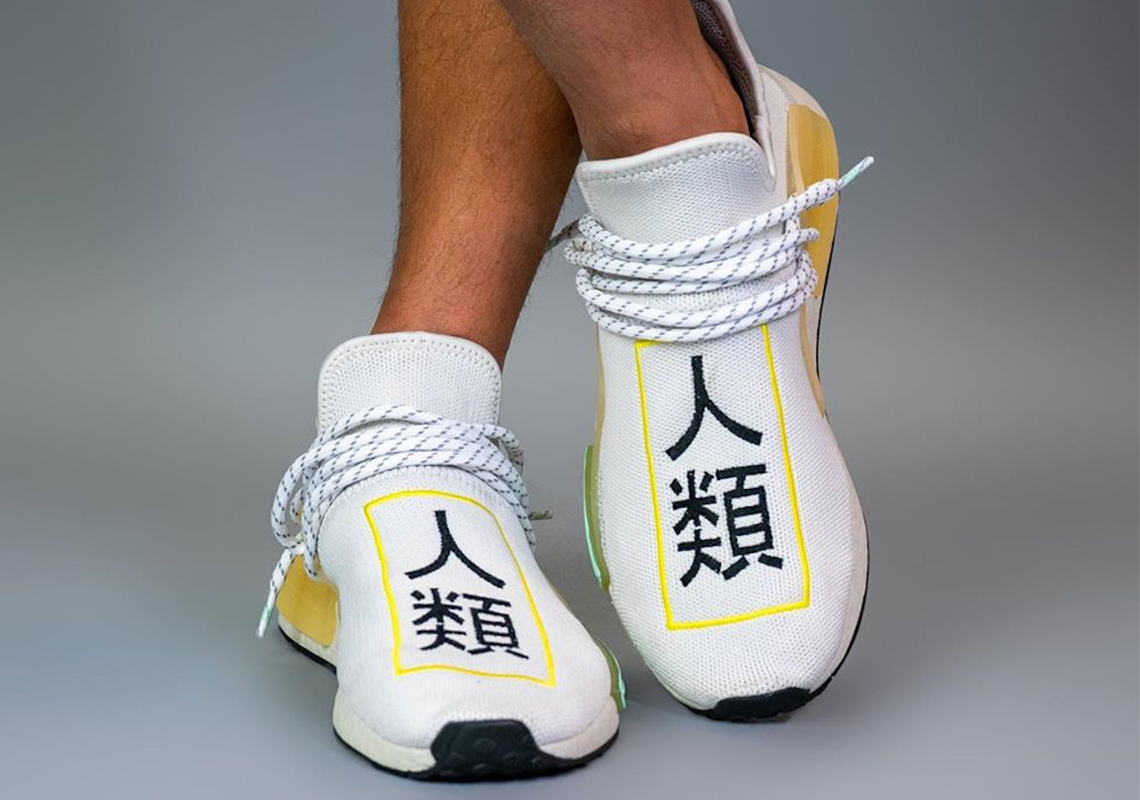 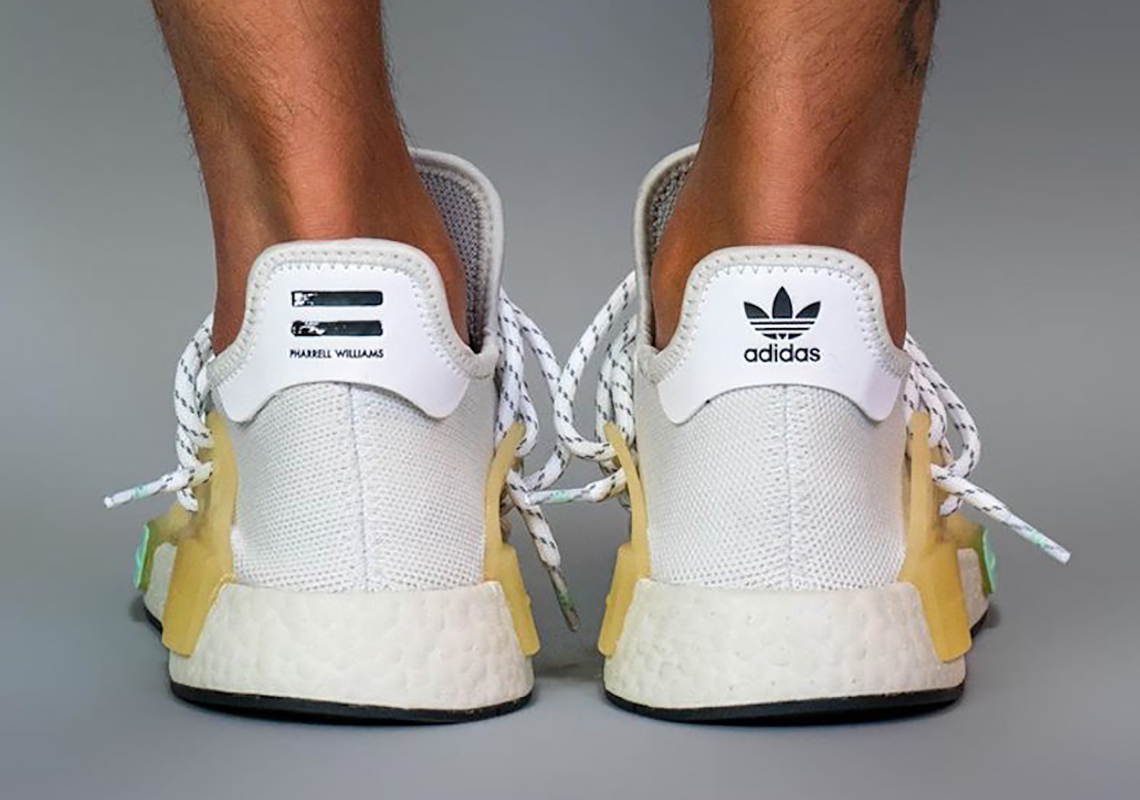