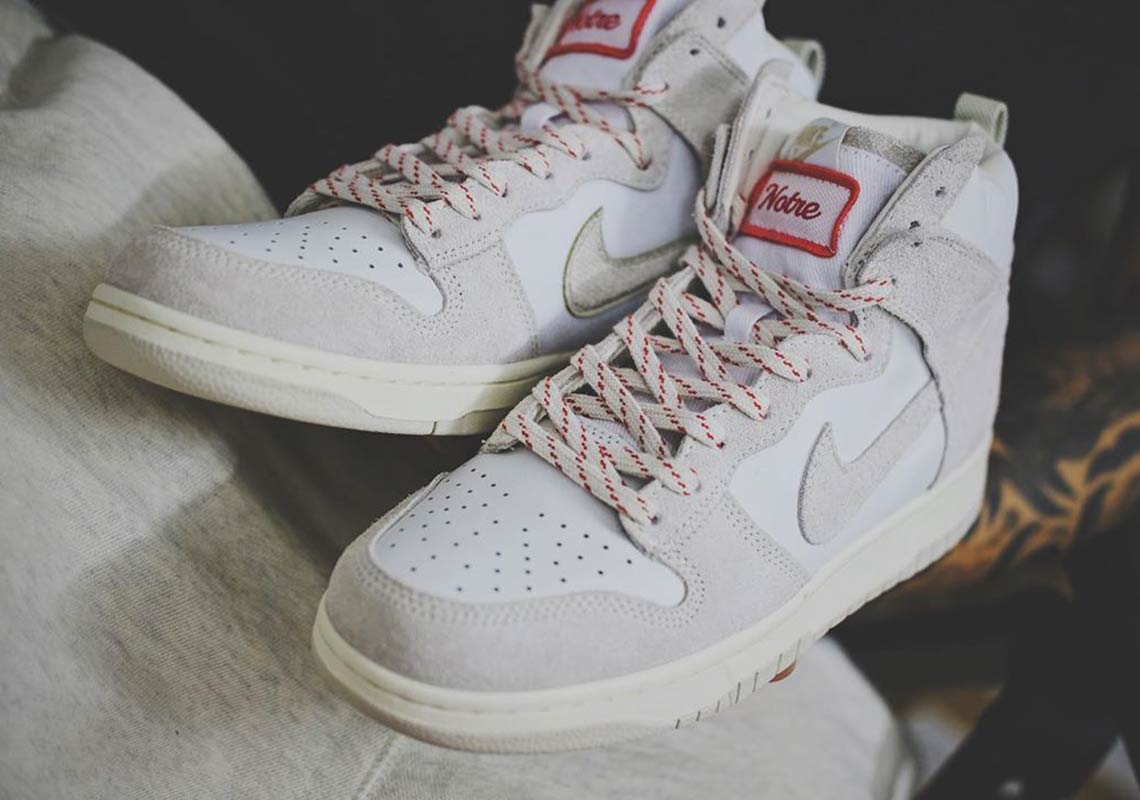 Notre Infuses A Handshake Into The Nike Dunk High Swoosh

Much like their work with Vans prior, Chicago-based retailer Notre is invoking a sense of community with their upcoming Dunk High, a release whose two prepared colorways deliver mechanic-inspired motifs and a tweaked Swoosh that effectively acts as their signature.

Revealed alongside its blue-colored counterpart not too long ago, the white option is now being detailed in-depth by its lonesome, insiders opting to highlight its premium suede fabrication and bold collaborative touches. Overlays are tinged in cream across the counter, ankle flaps, and toe cap, matching that of the Swoosh whose medial side quickly veers to the depiction of a handshake. Elsewhere, smooth leathers lay down the foundation in white, laces thread with subtle red decals, and the tongue patches over top with a mechanic-influenced patch etched with “Notre” in cursive.

Grab a detailed look at these here and expect a release to arrive just a bit further into the Holiday season.

In other news, the Air Jordan 3 Royal will be making its US debut very soon. 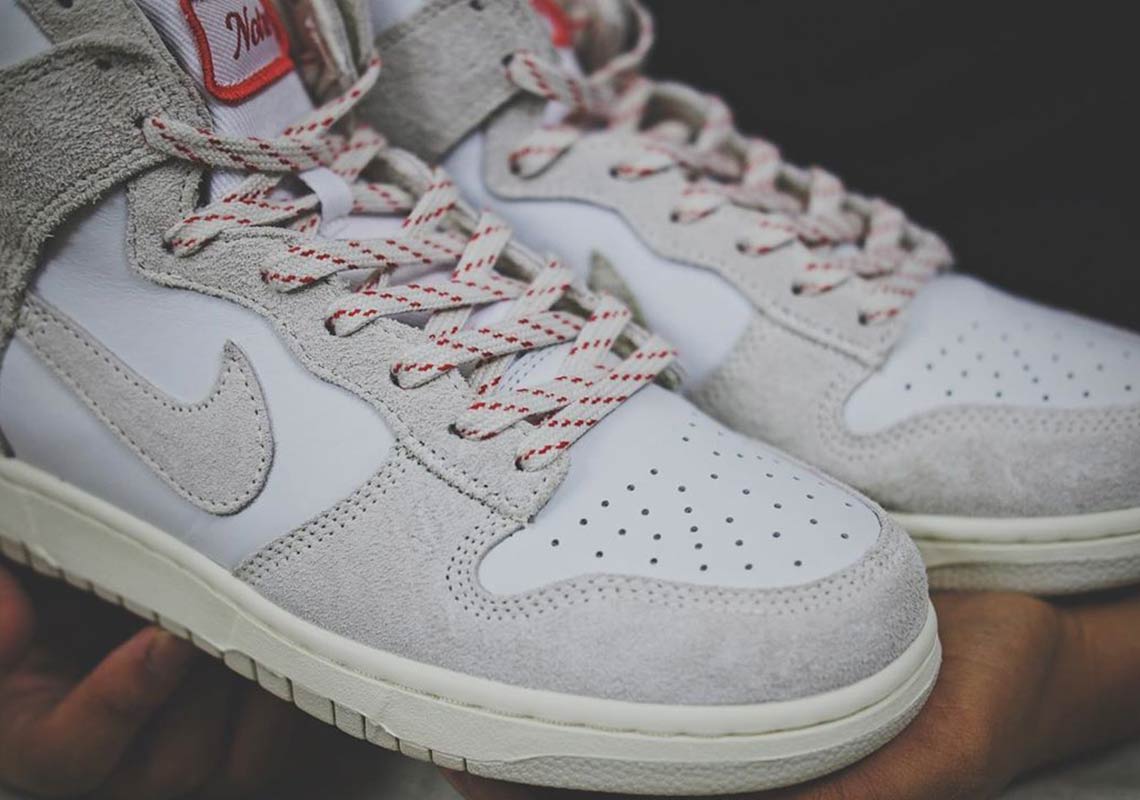 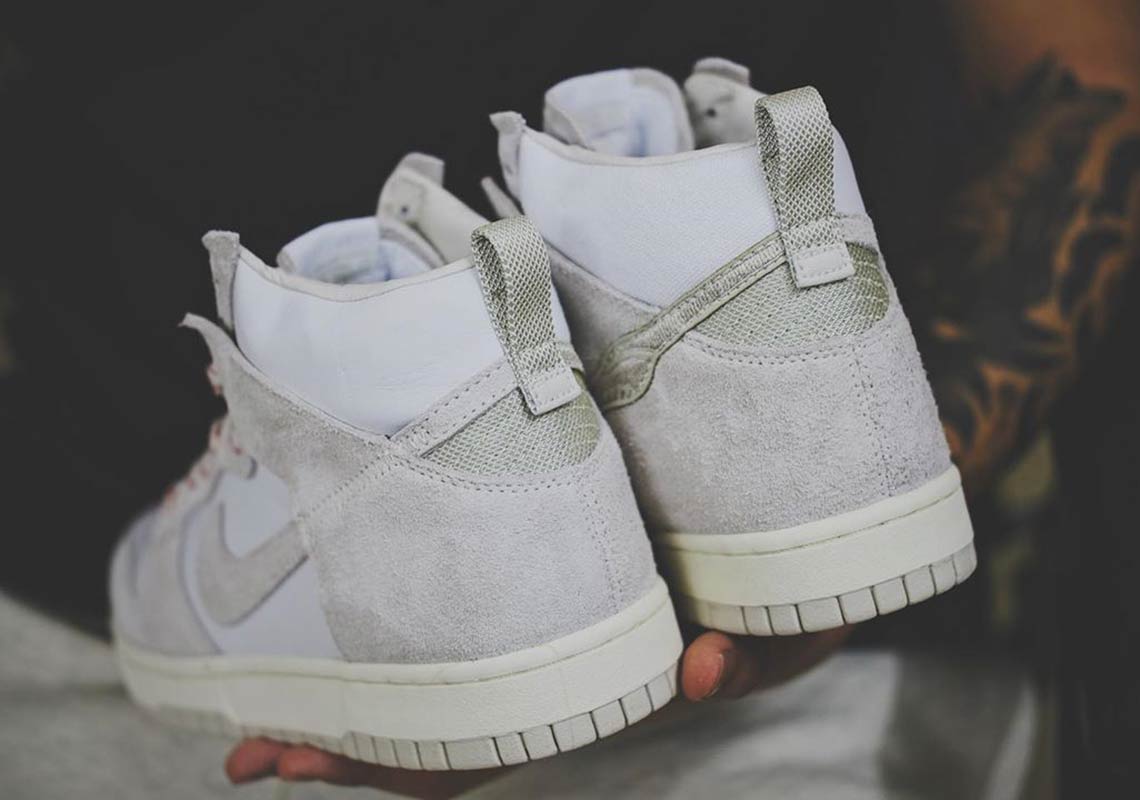 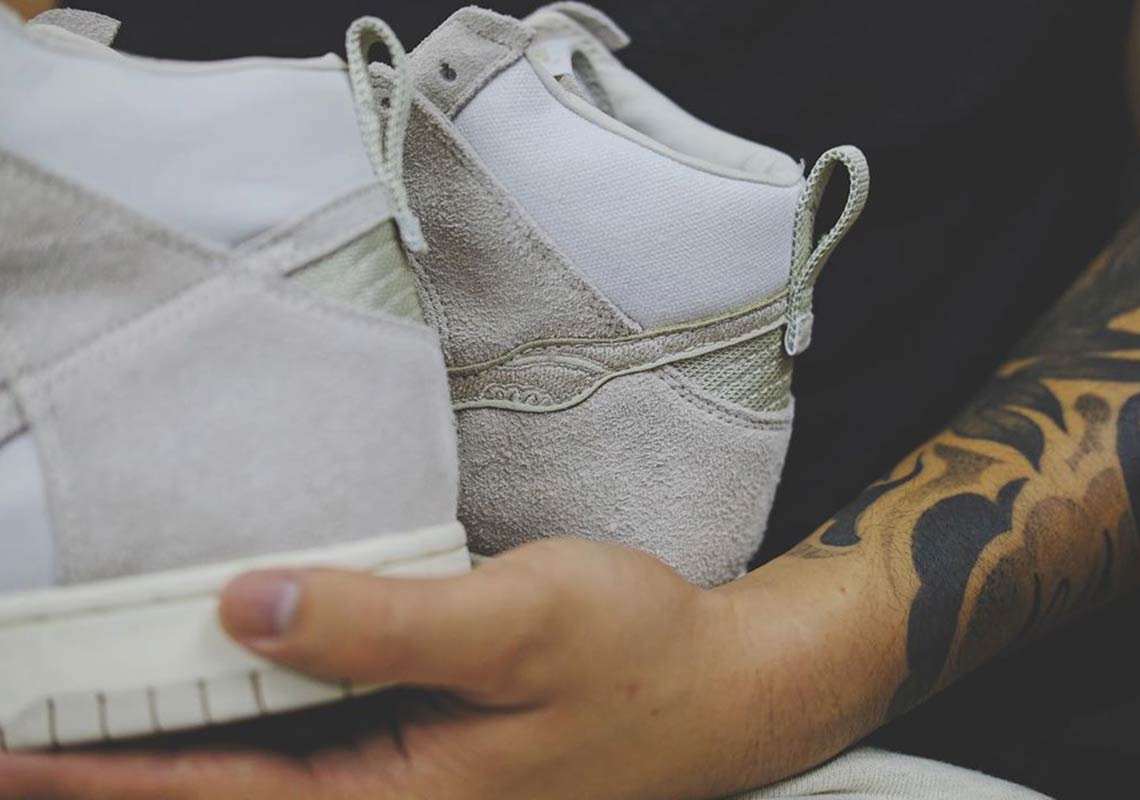 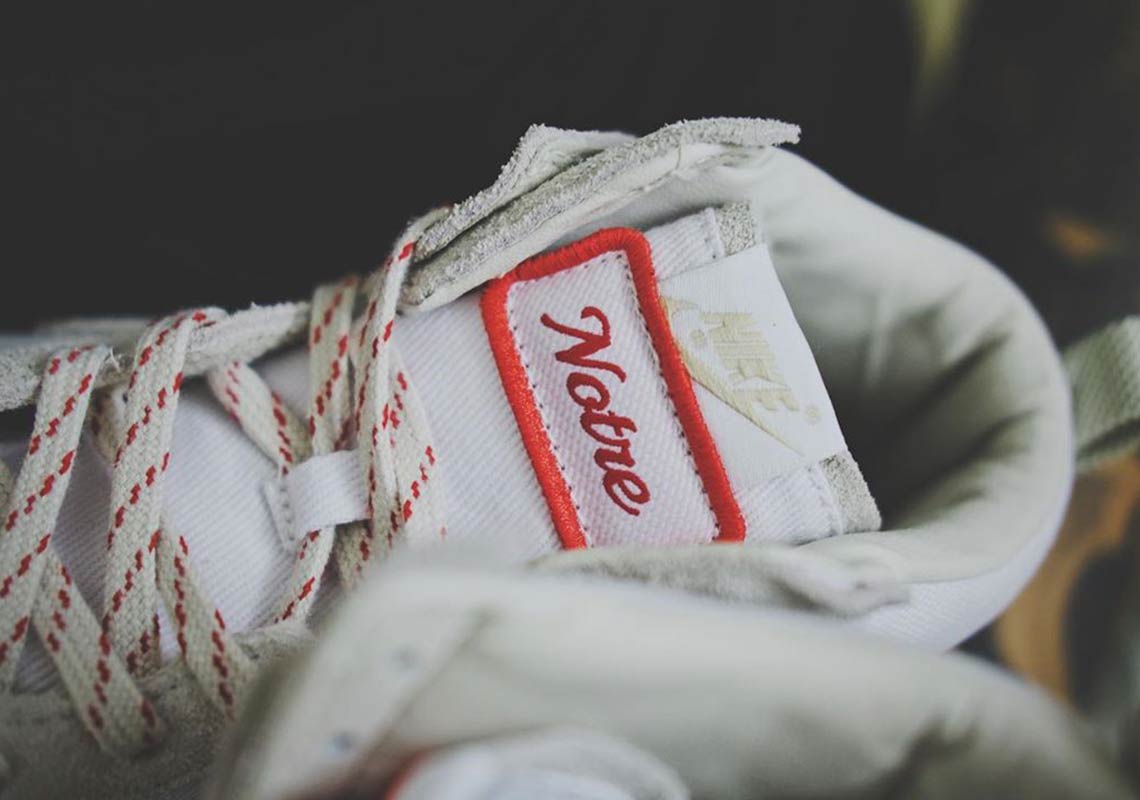 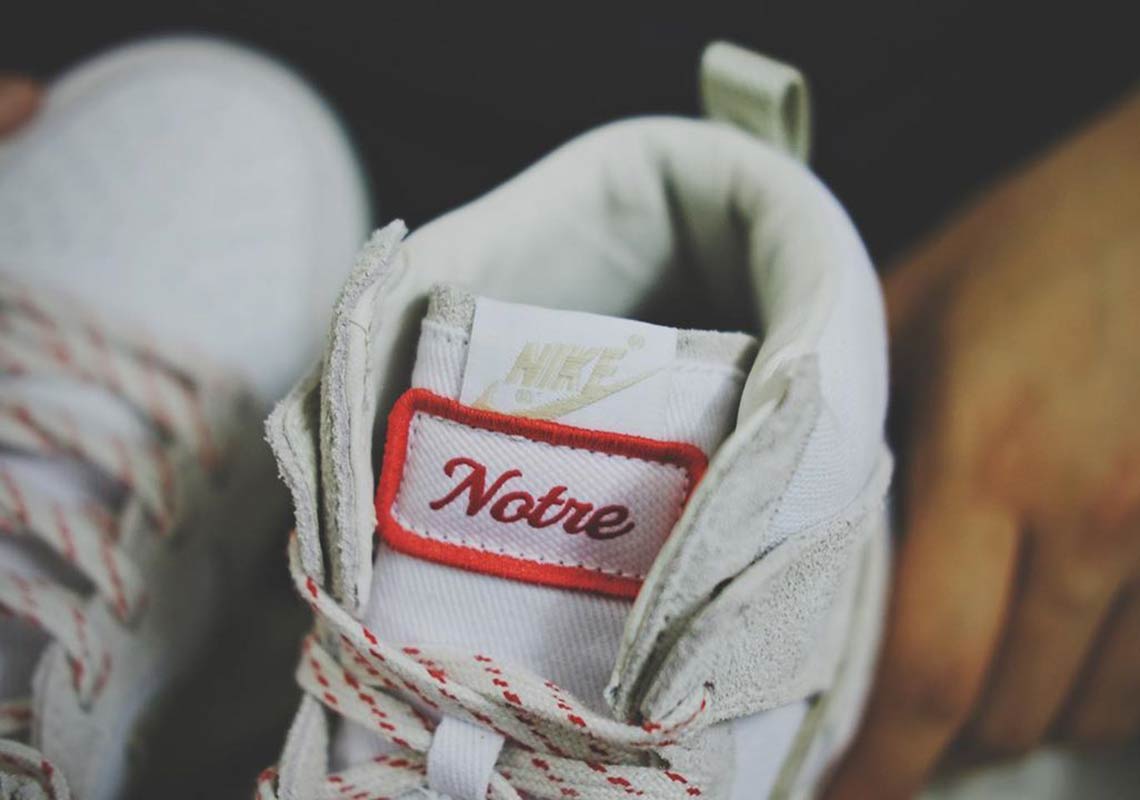 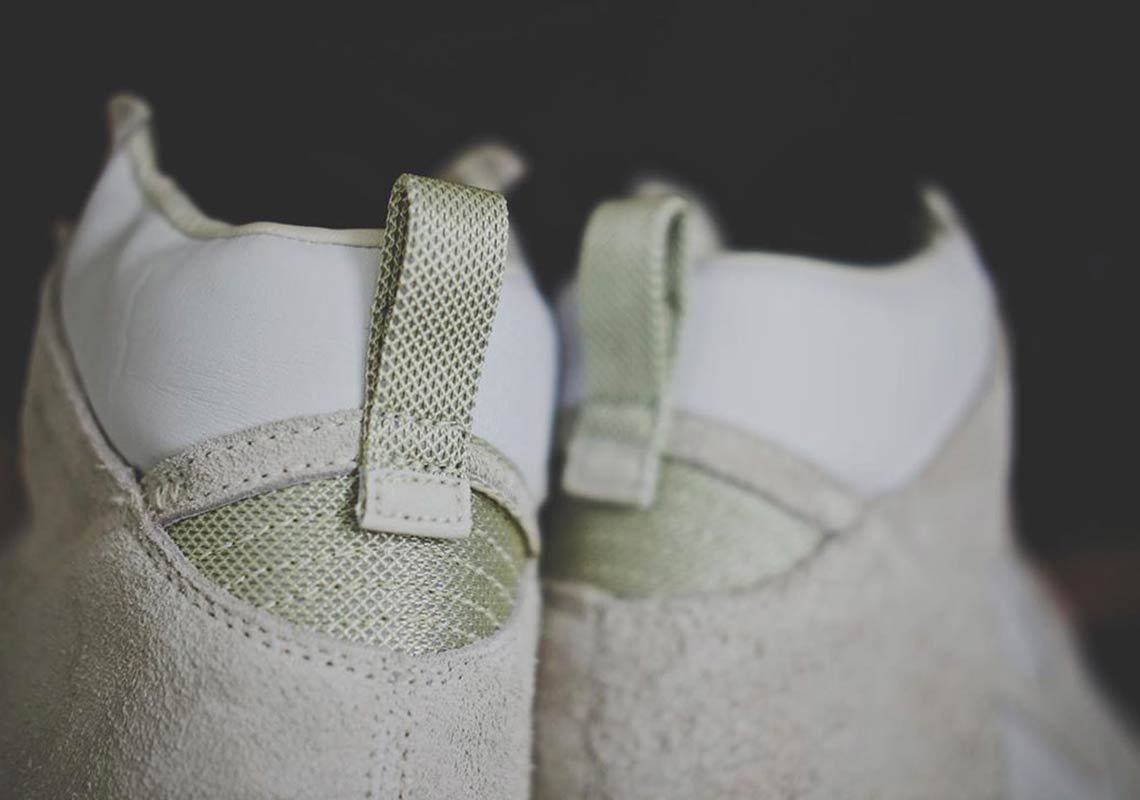