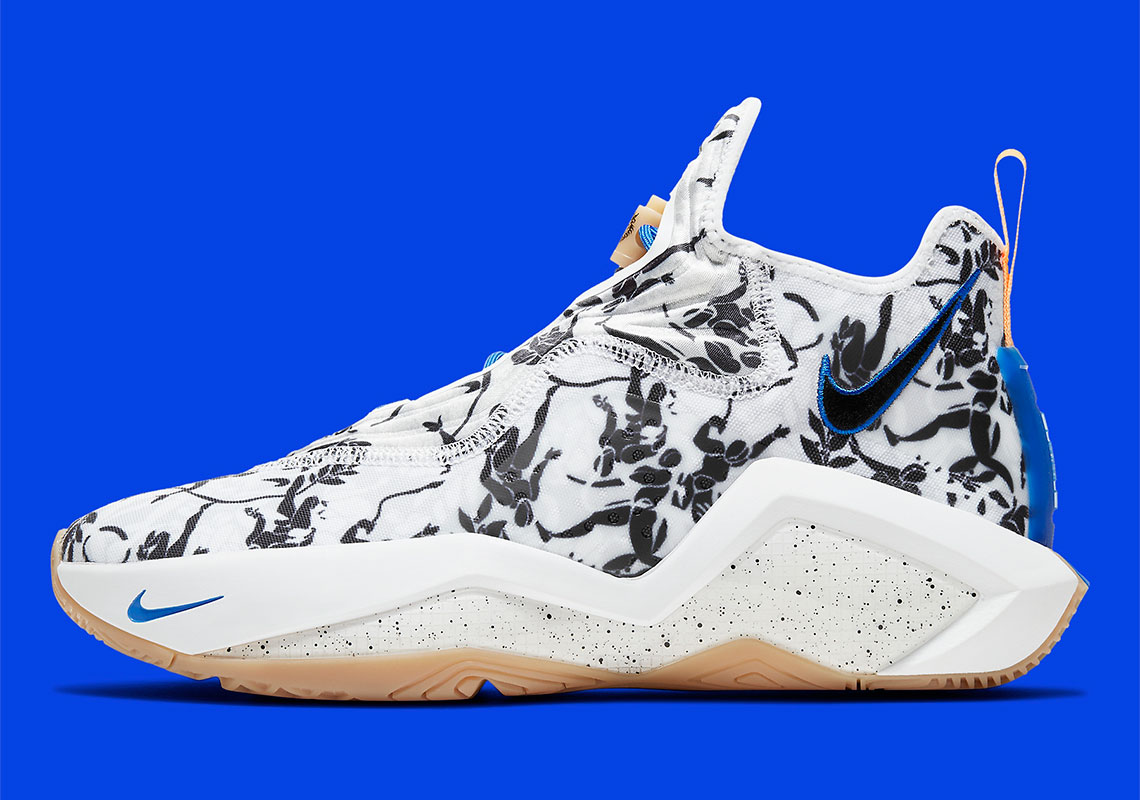 Prior to this season, the talks of LeBron James being one of the greatest to ever set foot on the floor were already being argued, but after adding another championship and finals MVP award to his resumé, you can’t help but give him his “damn respect”. Following the Lakers’ close-out victory this past Sunday, the Nike family has been appropriately celebrating the kid from Akron’s latest accomplishment with new sneaker unveilings and releases.

Just yesterday the extra-loud LeBron 18 “Sisterhood” colorway was uncovered, but it appears that this theme is also transferring to one of the King’s takedown propositions in the LeBron Soldier 14. While neutral in color for the most part, this hardwood-ready installment bears the statement pattern which features a collage of solid black floral prints and athlete silhouettes plastered all-over its angelic background (This is the same pattern featured on the insoles of the aforementioned LeBron 18 “Sisterhood”). In addition to this, the pair also boasts bold blue accents reminiscent of James’ past “More Than an Athlete” collaborations that peak out through the underlays, heel molds, and Swooshes, the latter of which borders the lateral Nike check while the medial is hued entirely. Finishing touches arrive by way of speckled midsoles, peachy hits that navigate their way to the lion-adorned lace toggles and heel tabs, as well as the treading which is completed with gum exteriors. Scroll down here to find a close-up look, and expect these to drop via Nike.com in the coming weeks.

For other Nike news, the Foamposite Anthracite is returning on 10/15. 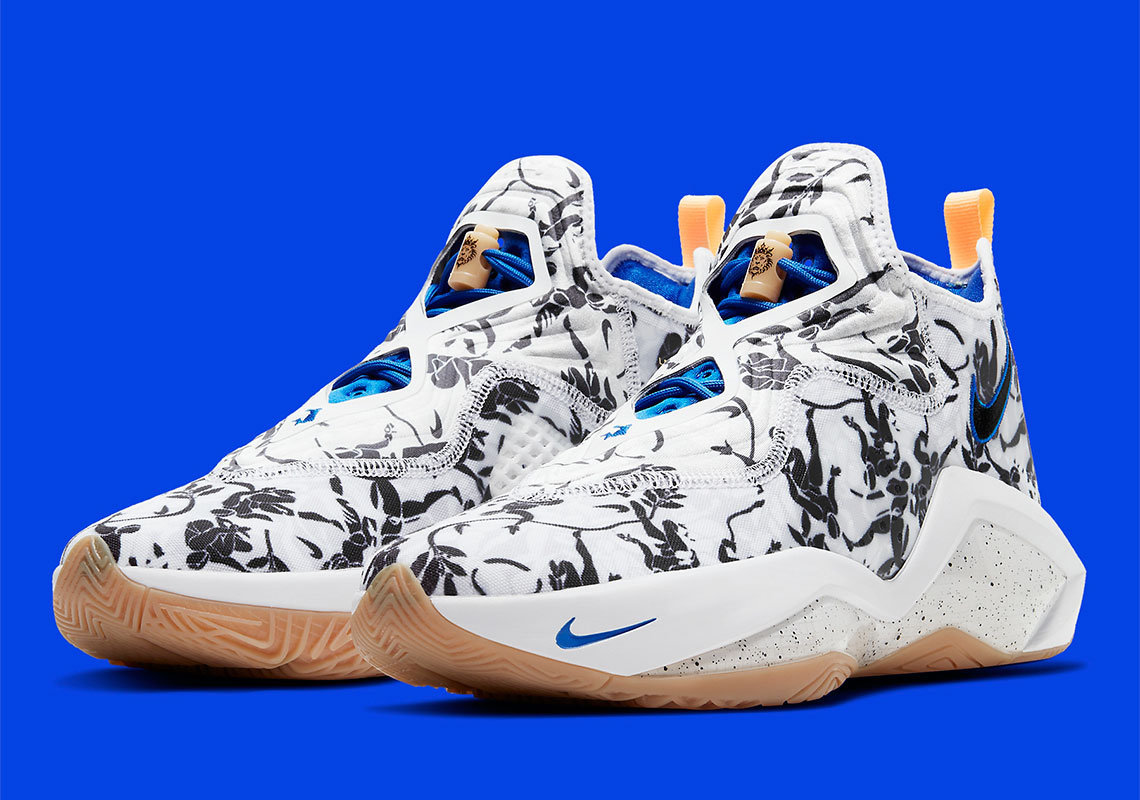 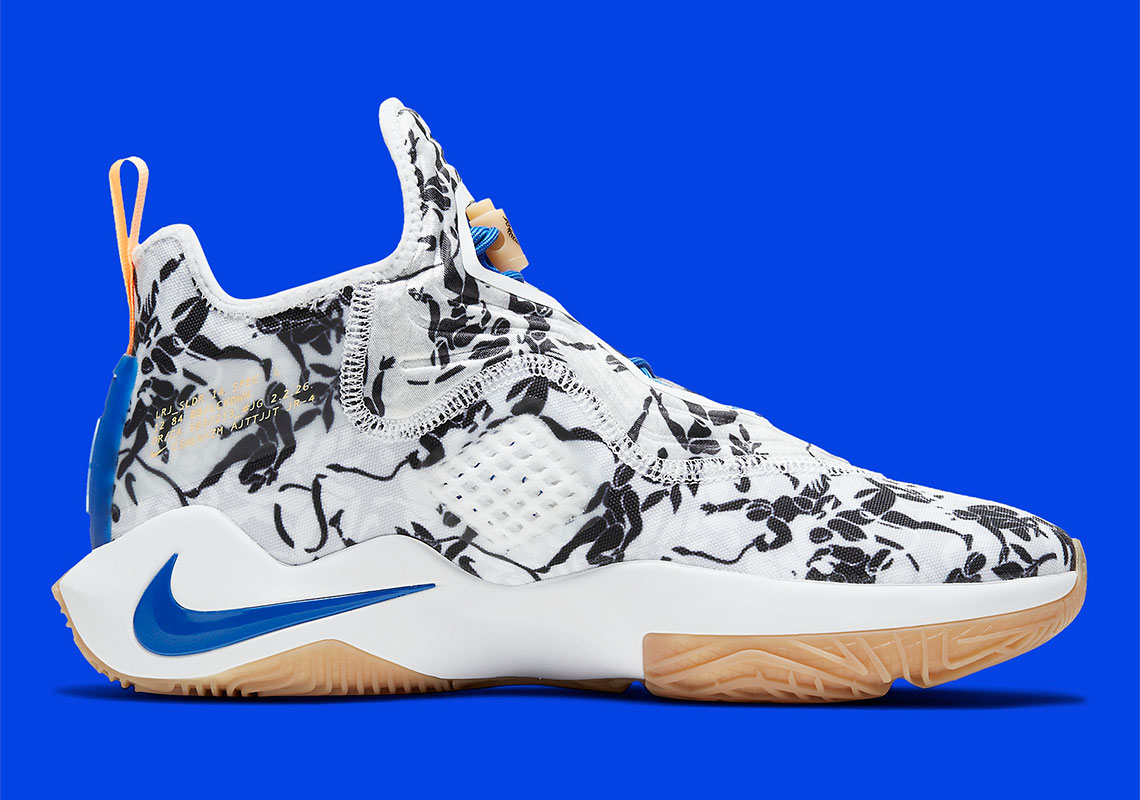 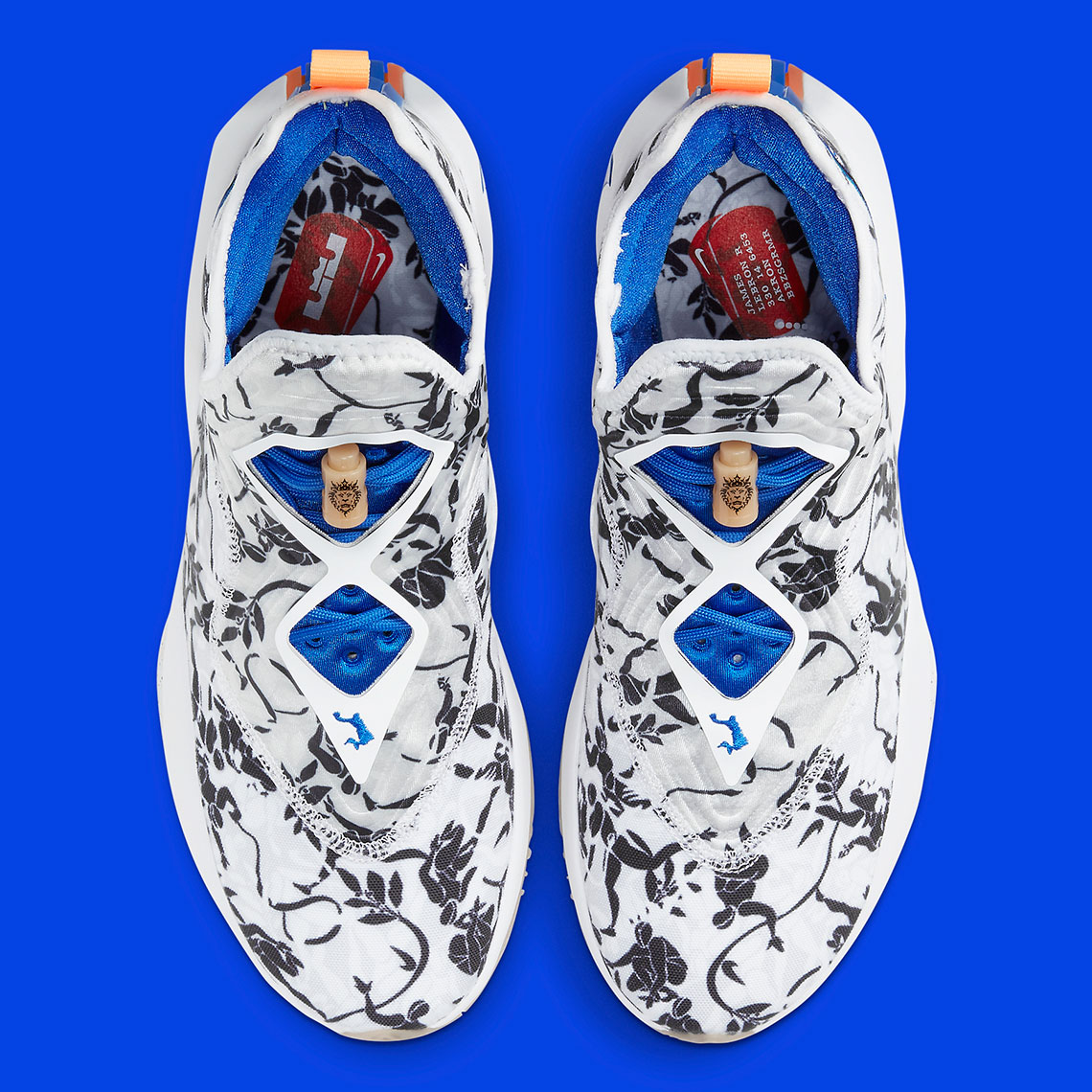 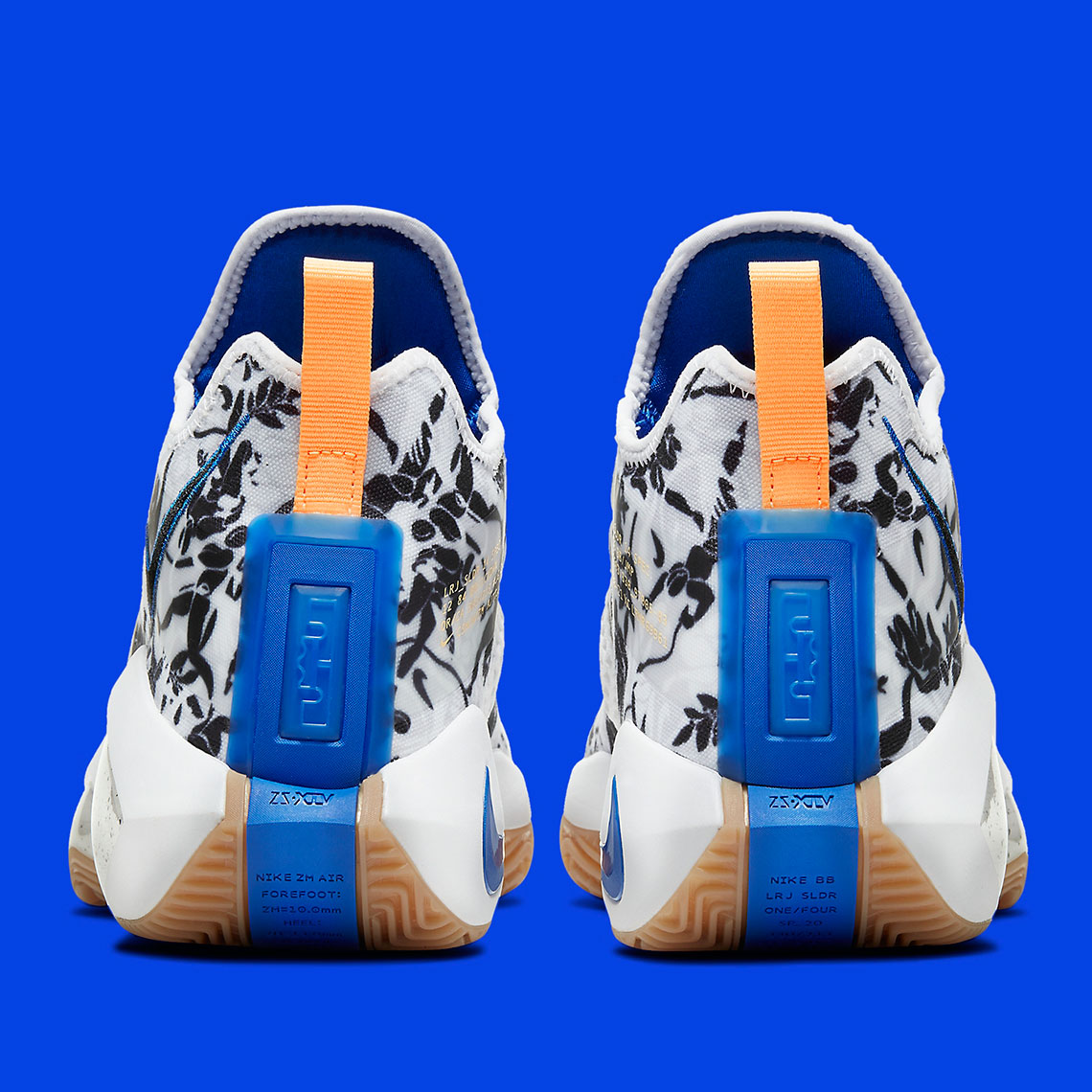 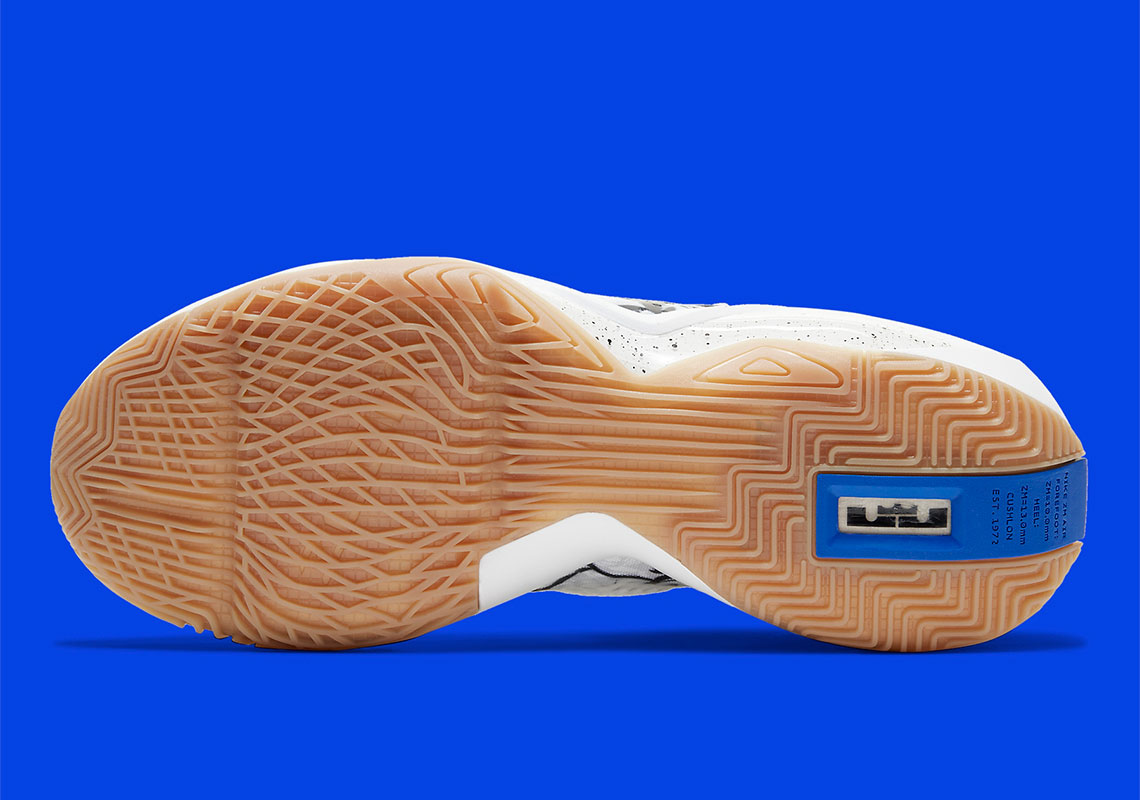 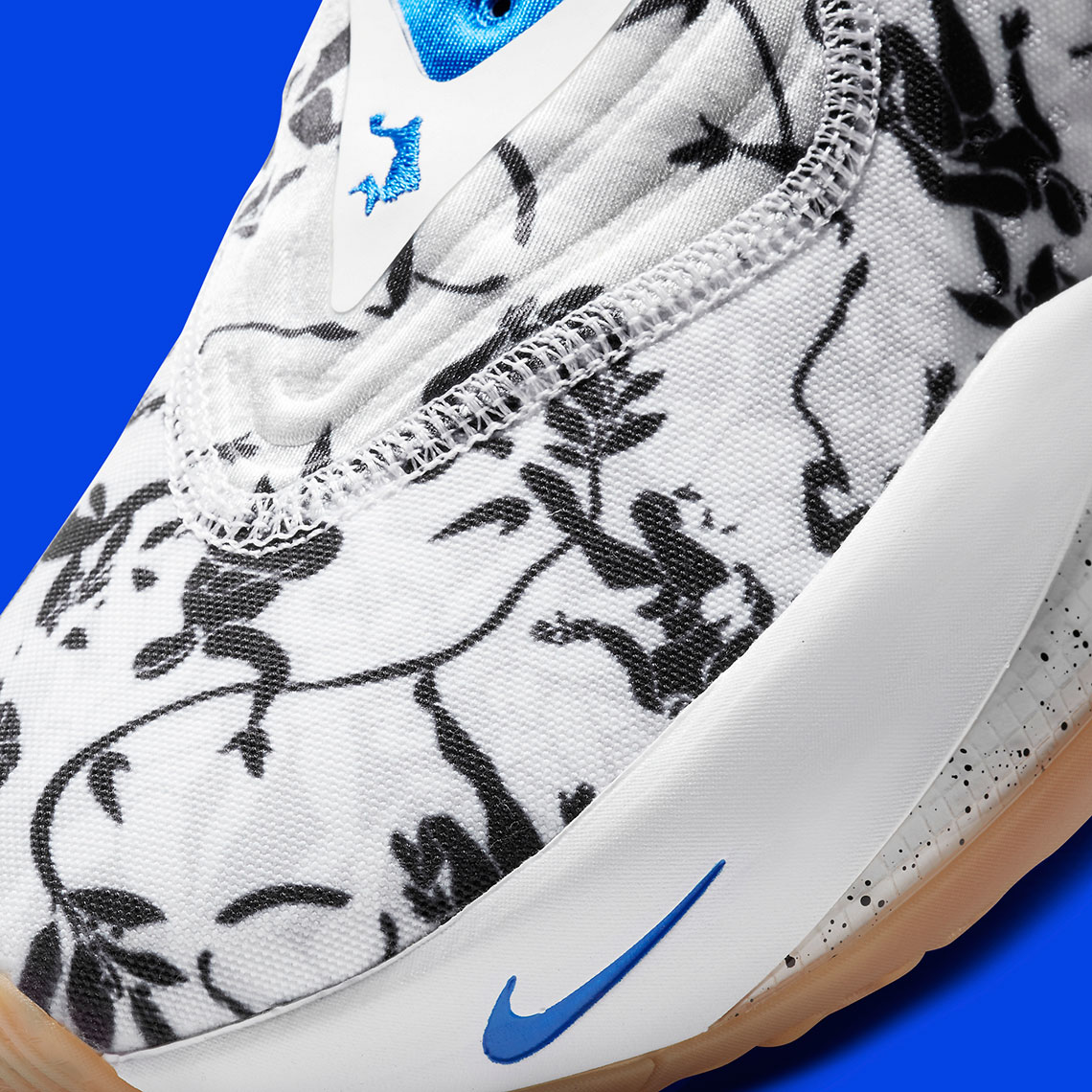 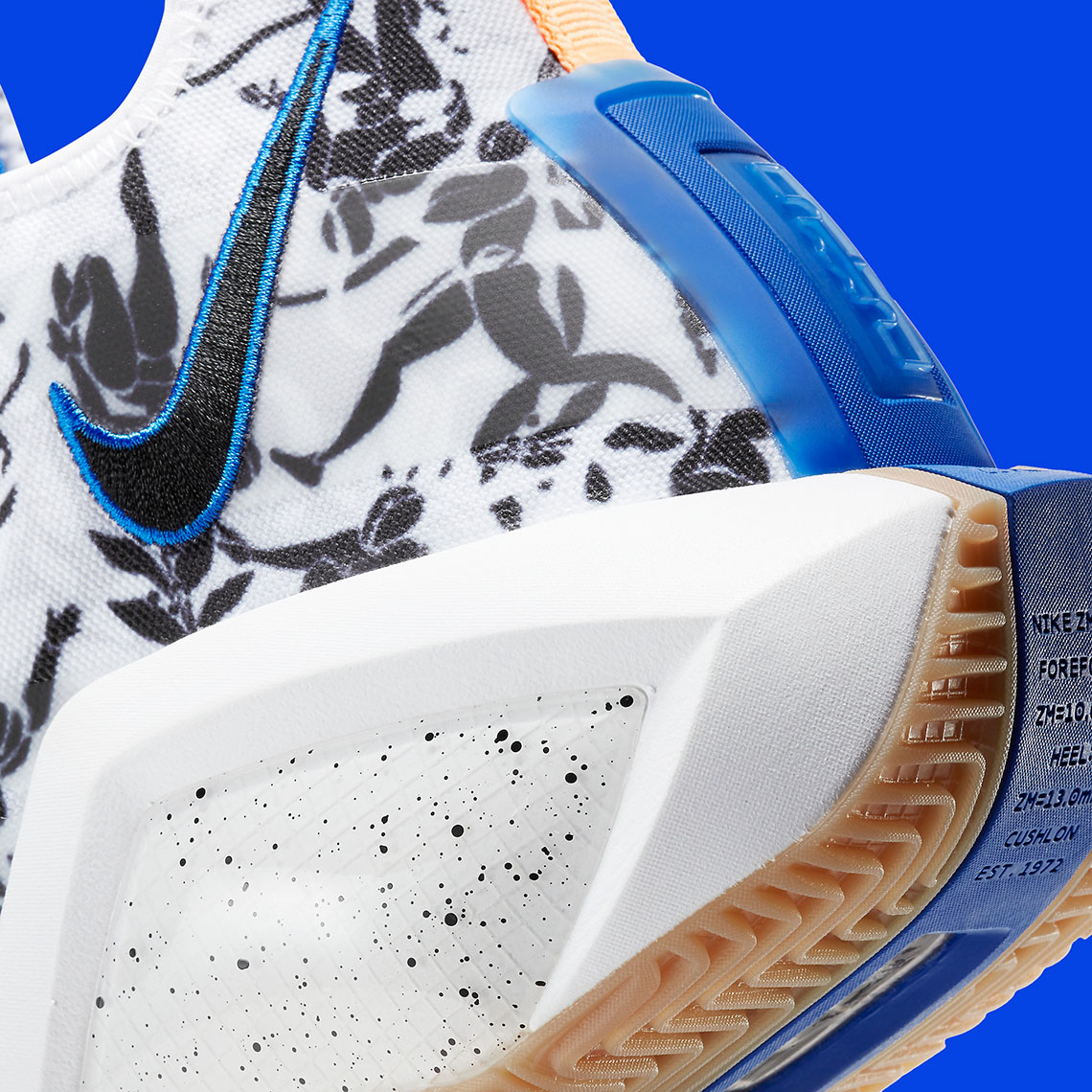