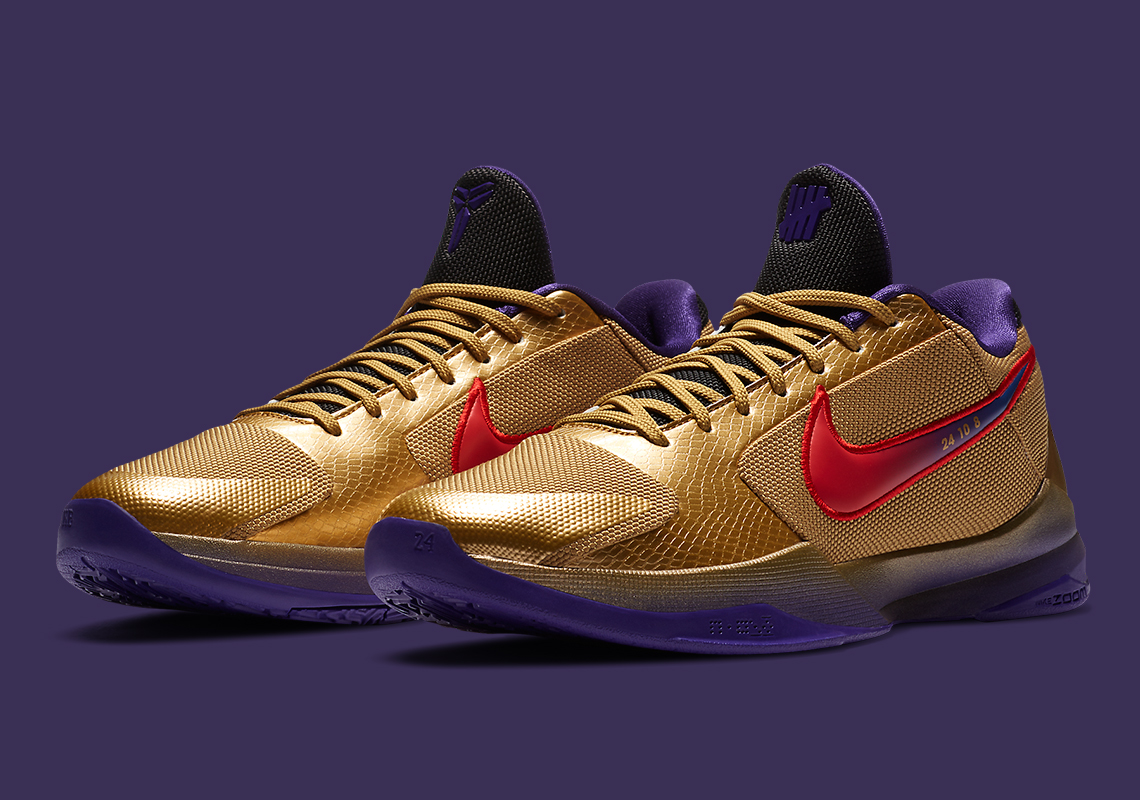 Next Spring, the Naismith Memorial Basketball Hall of Fame will be inducting a legend forever remembered for his tenacity and dedication to his 20 seasons played in the NBA: Kobe Bryant. And to celebrate the Mamba’s storied career, Nike has tapped long-time collaborators of UNDEFEATED on a few Kobe 5 Protro colorways, two of which were inspired by his 1996 draft day that launched for “Mamba Week”, in addition to a third entry that encapsulates his future Hall of Fame title. The latter, after being teased in early August, has just unveiled itself by way of official imagery which confirms that an official release could be just around the corner.

These come crafted with a healthy dosage of Lakers-inspired hues as a majority of its upper which consists of mesh toe boxes/side paneling and scaly throat overlays stand out with a “Metallic Gold” finish, while the sock liners and outsoles color-block with muted purples. Swooshes alternate between purple and crimson red on each foot, the lateral sides of which host “24 10 8” notations to pay homage to Bean’s uniform numbers on the Lakers and Team USA. Furthermore, the right shoe dons the Mamba logo on the tongue, a text-heavy insole that lists out Bean’s accolades, and the UNDEFEATED logo on the heel, while the left shoe deviates with five-strike-adorned tongue, and the remixed “AIR” logo stamped to the footbed and rear. Be sure to keep it locked as we gather more information regarding its official launch date on likely on Nike.com in the coming months, and peep a further look here below. 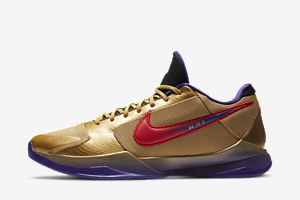 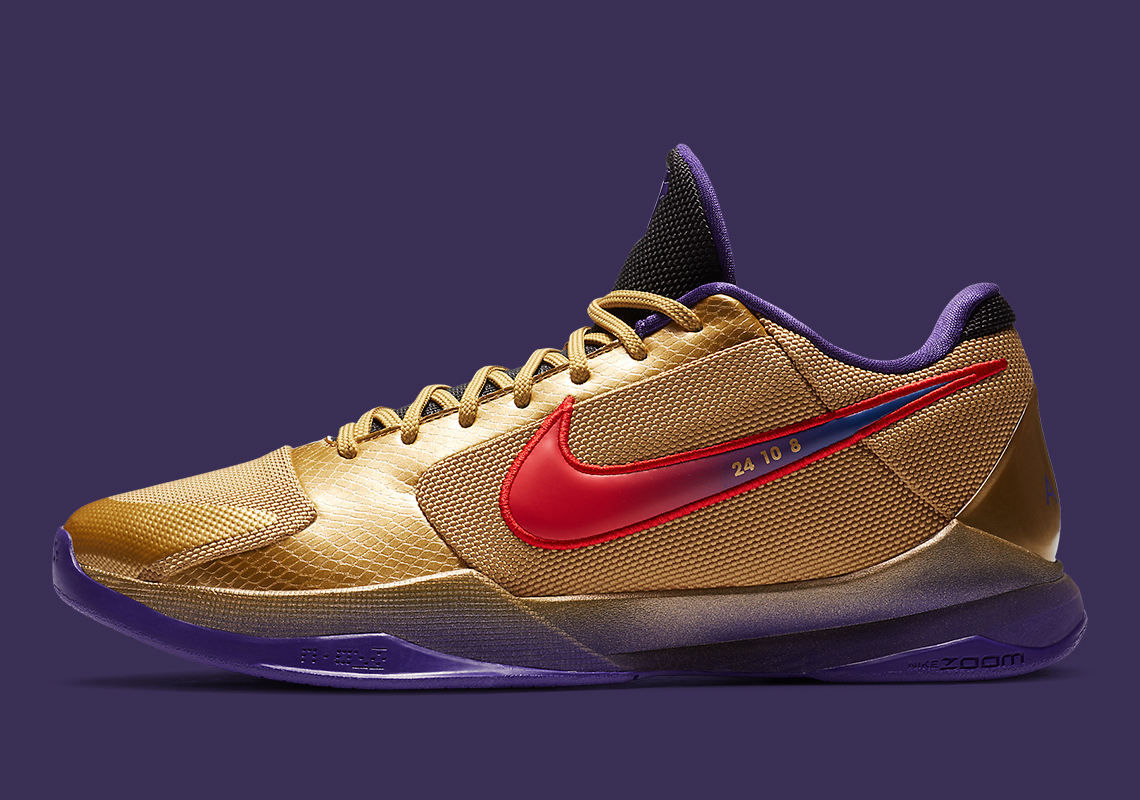 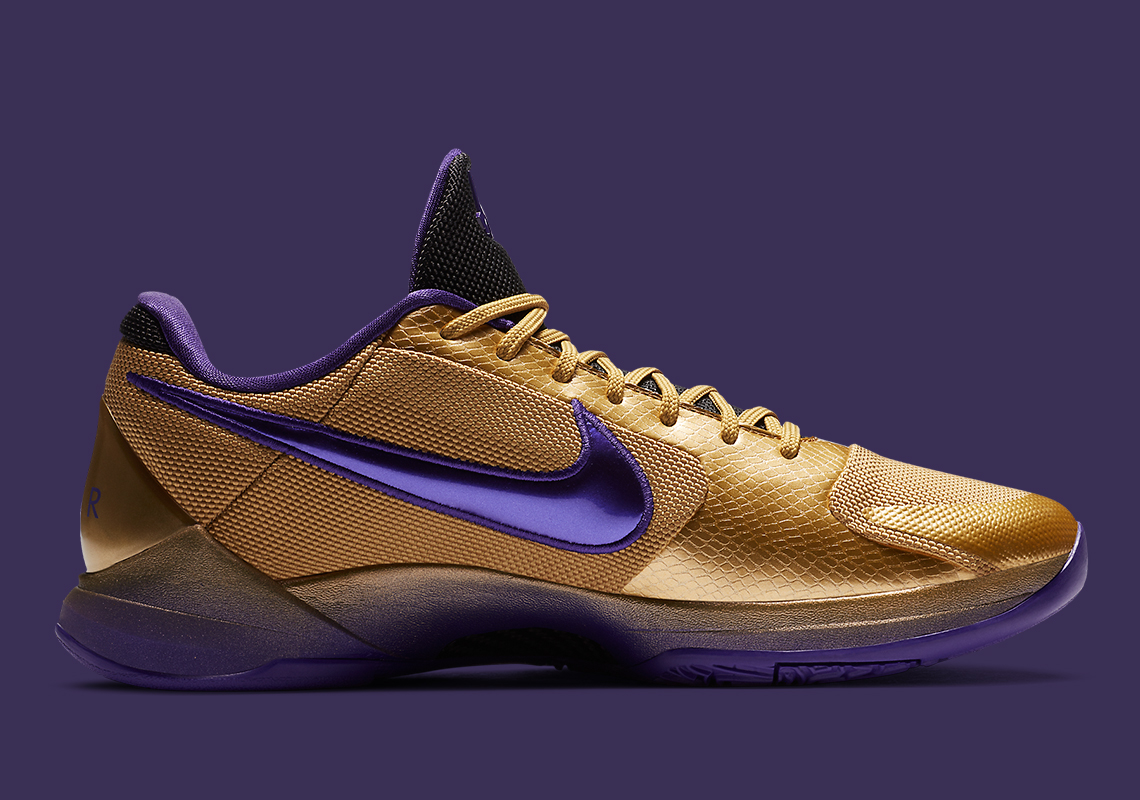 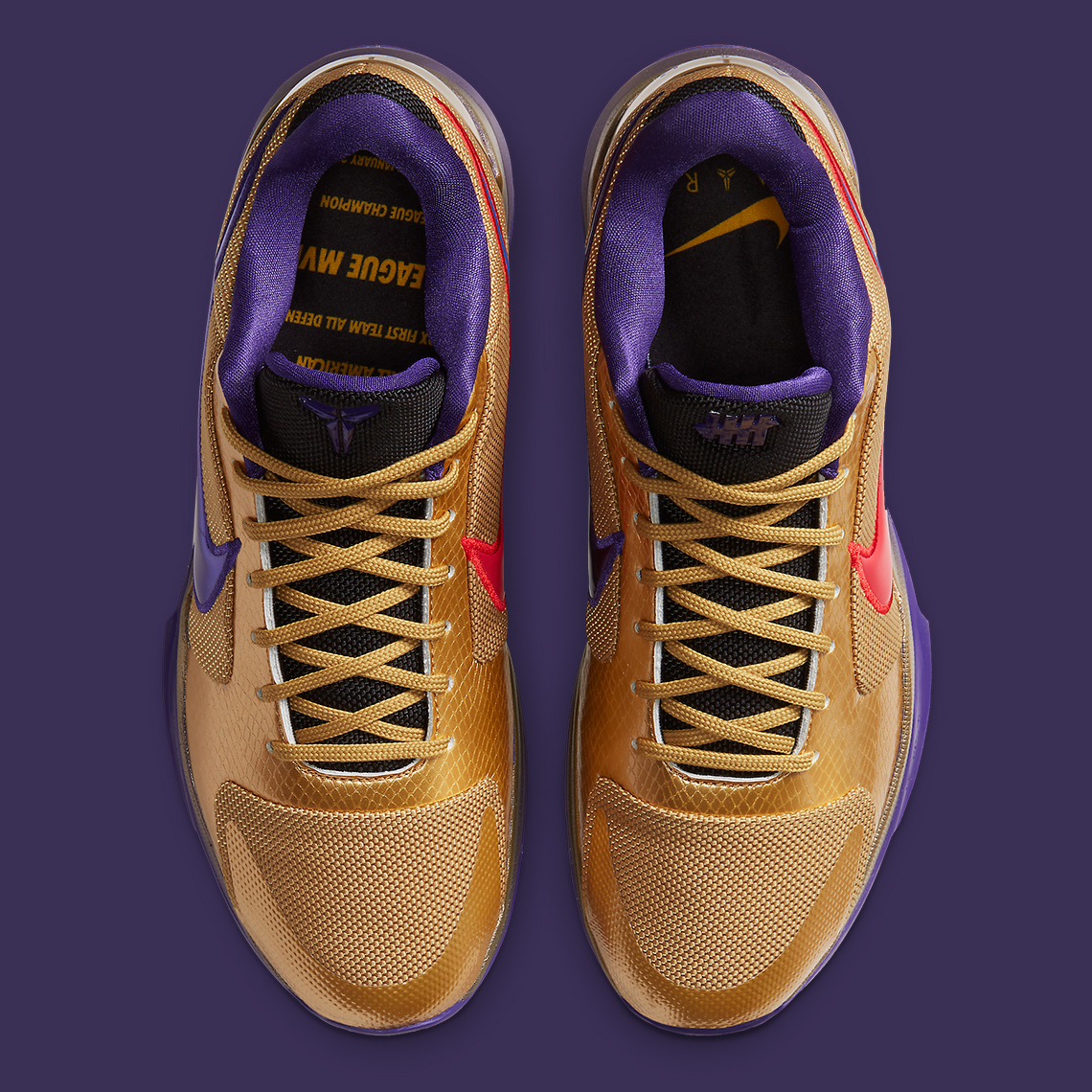 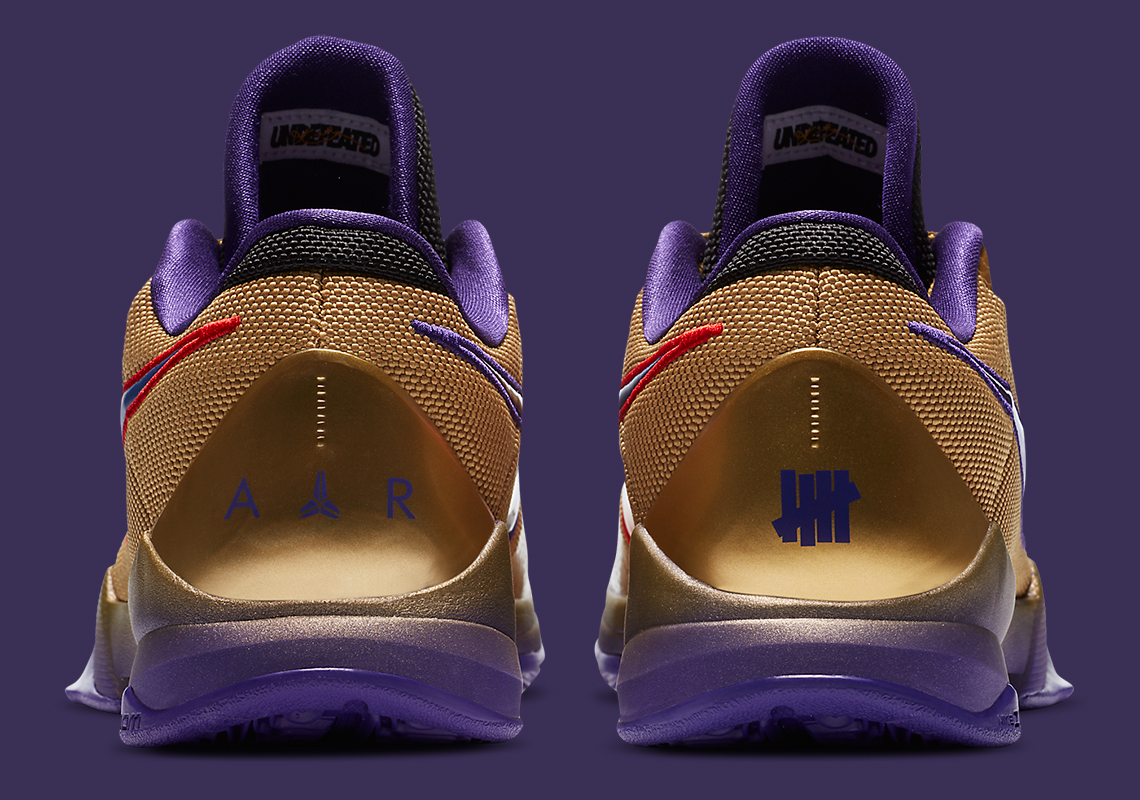 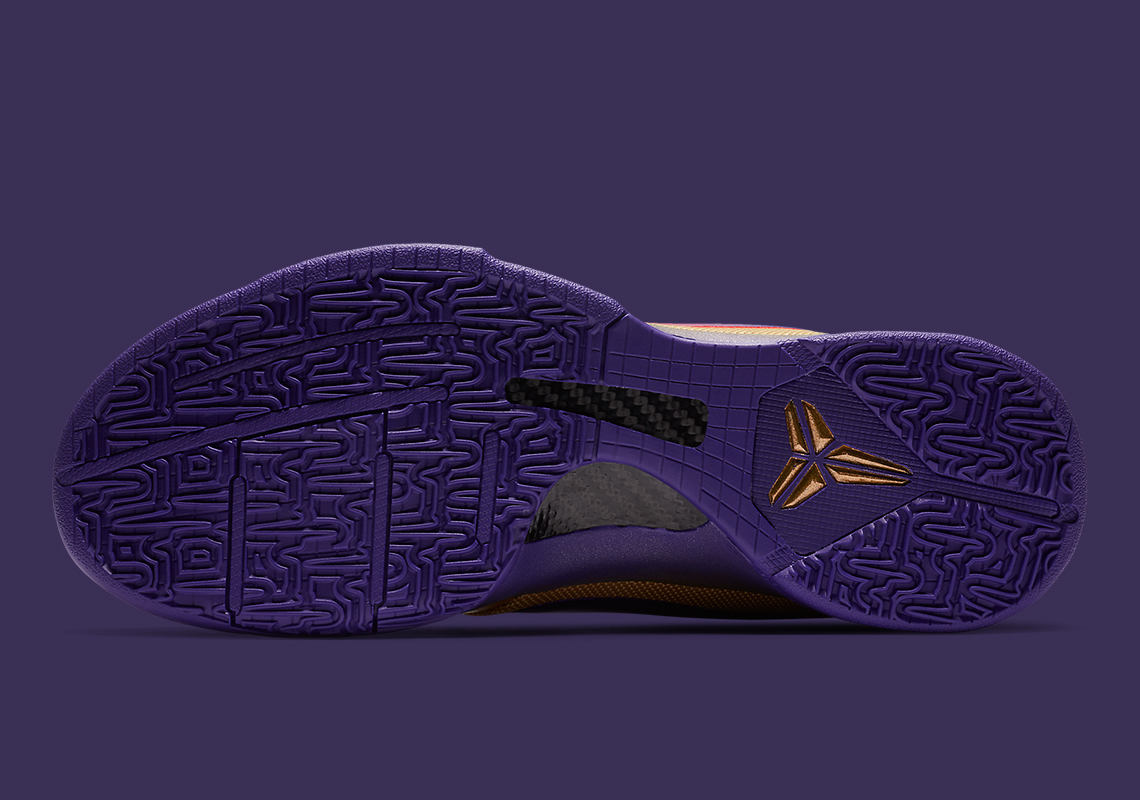 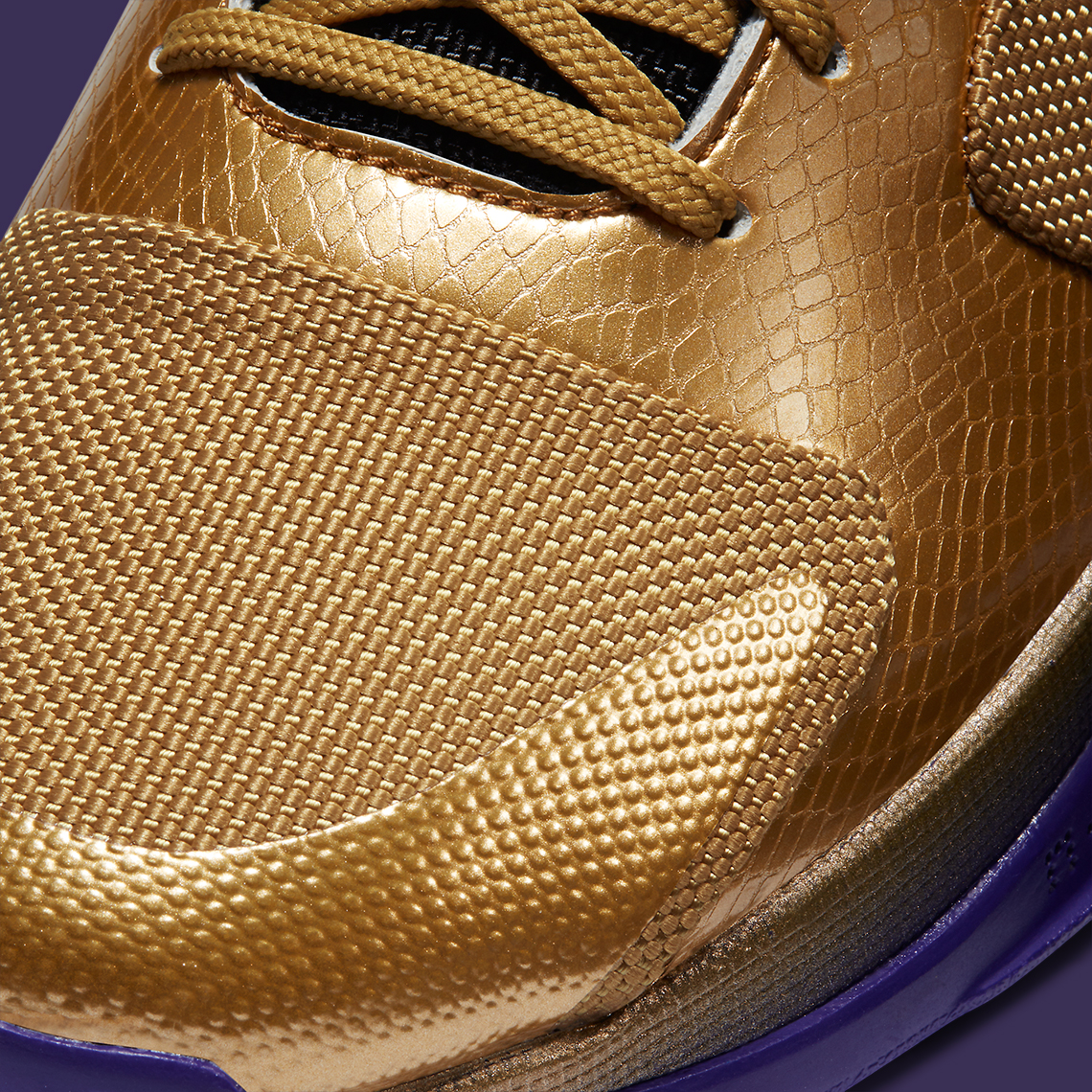 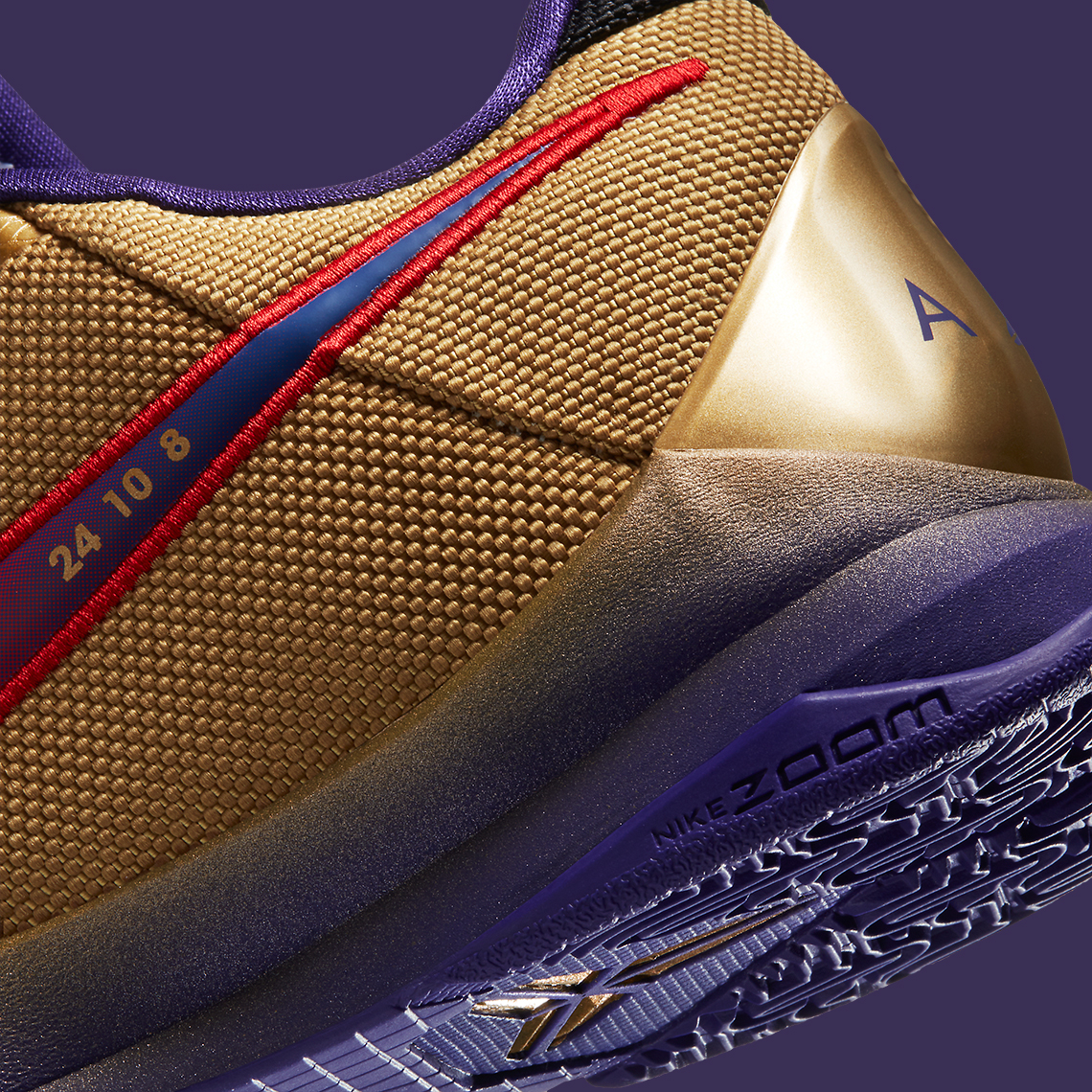