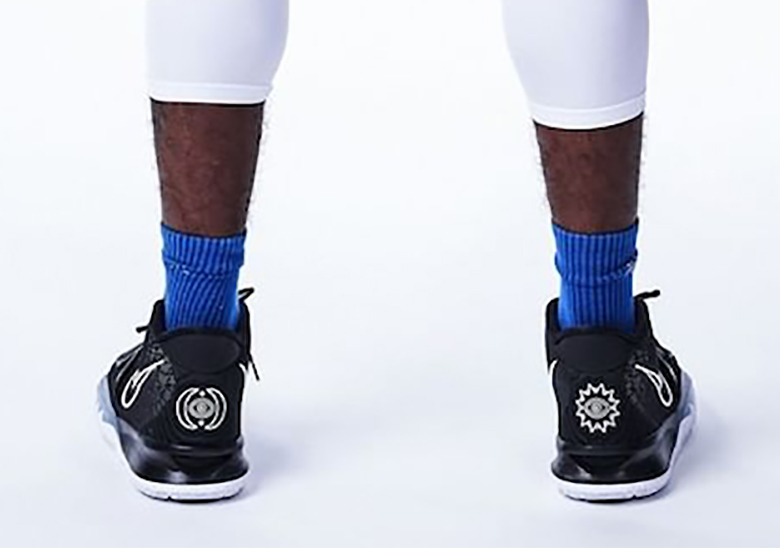 Barring any further injury complications, one of the most anticipated on-court appearances in the NBA next season will certainly be the one-two punch of Kyrie Irving and Kevin Durant. And the former, when finally given the opportunity to play alongside the Slim Reaper, will be lacing up his newest signature shoe with the Swoosh — the Nike Kyrie 7. Several images of speculated colorways of the model have been gradually floating around the Internet over the past several weeks, but the Brooklyn point guard unofficially debuted it today in tandem with the unveiling of the Nets’ Classic Edition uniforms. The patriotic threads seen here below we were worn by the NBA franchise 30 years ago for a single season back when they were based in New Jersey.

Spotted on Uncle Drew today appears to be a two-toned, hoops-ready iteration that is comprised of a mostly black upper with contrasting hits of white present through the Swoosh outlines, as well as the heel insignias which carry the all-seeing-eye, as well as neighboring moon and sun silhouettes split between each foot. For Kyrie fans looking to scoop up a pair, you can’t cop them just yet as their official release date has yet to be announced, but you can cop his retro-inspired jersey right now on Eastbay.com.

From Jersey to Brooklyn and back again.