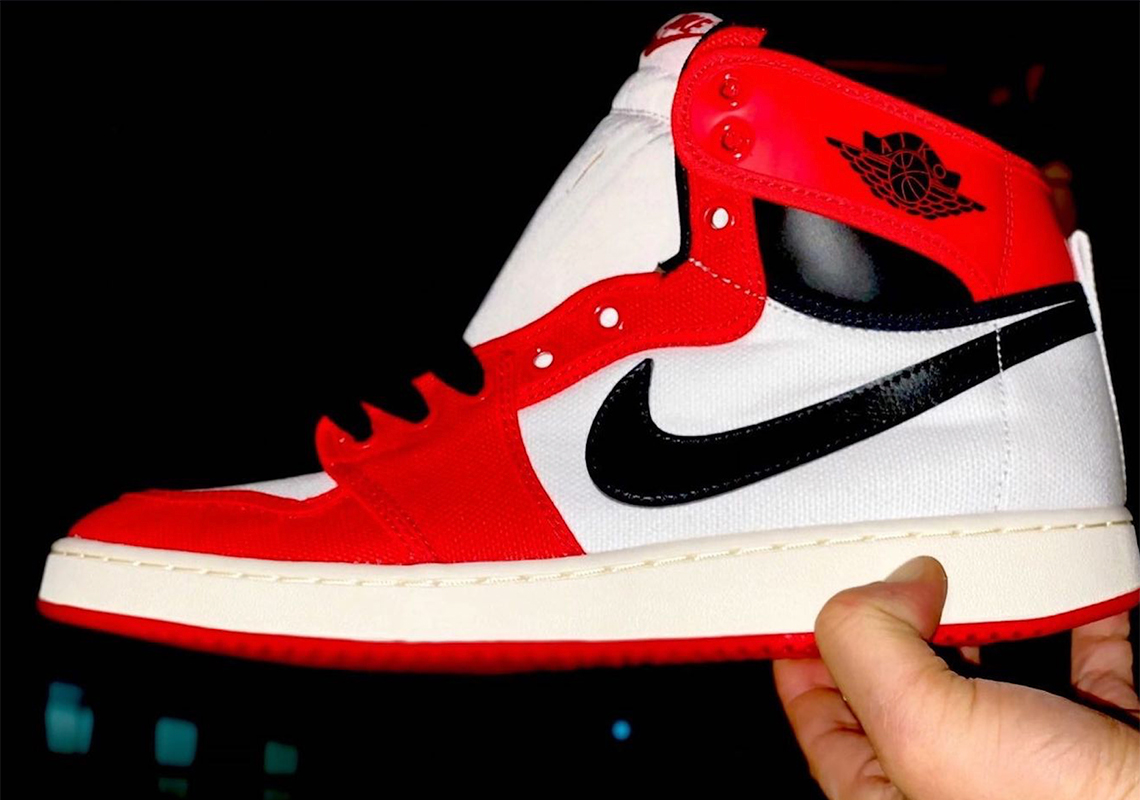 Though it may not have received the same reception upon its Retro years back, the Air Jordan 1 AJKO is as significant a part of Jumpman history as any other. And now, after the return to 85 earlier this 2020, the brand is ready to bring the model back once again, first in the ever-beloved “Chicago” colorway.

And as we inch closer to its 2021 release, imagery outside of mock-ups are starting to surface. Held in-hand, the release appears near exactly as it did at its debut, with canvas constructing the shoe in near entirety. Black, polished leathers wrap the ankle as well as the Swoosh, while their backdrop highlights the toe cap, eye stay, and ankle flap in the signature red. White, then, visually grounds along the base and tongue, complementing that of the midsole whose yellowing alludes to vintage.

Grab one of the first looks at the AJ1 AJKO “Chicago” here and keep an eye out for more images near its rumored Spring 2021 launch.

In other news, the Medicom Toy Blazer Low is releasing the day after Christmas.