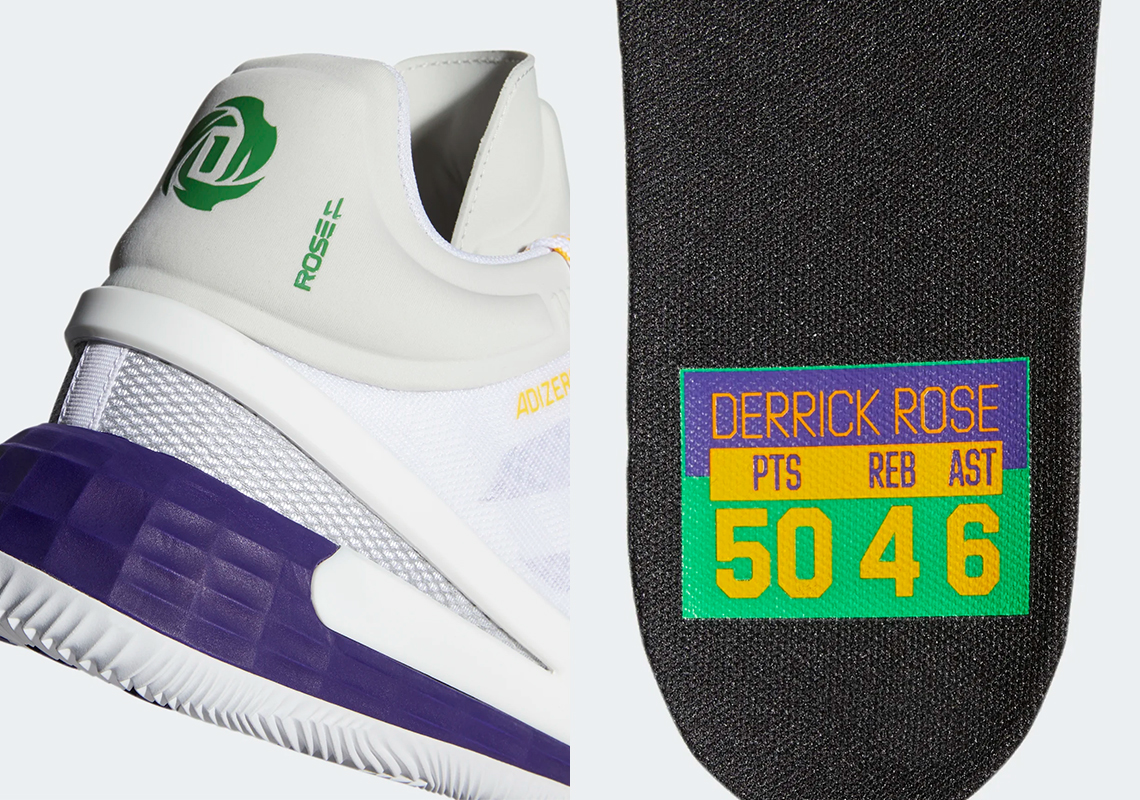 There was a point in time when we all believed that Derrick Rose’s career was over. Riddled with injuries from the knee down since his MVP campaign in 2011, Rose could never regain the explosiveness that had him headlining nightly highlight reels, and many believed his fate wouldn’t be too dissimilar for other former elite stars that faded away due to the injury bug. Thankfully, we were wrong. Rose defied the odds and came back stronger despite tearing his meniscus on two different occasions, and reminded the world – and his fellow NBA hoopers – that he still had every bit of the talent, IQ, and straight up ability. It was a long and arduous road back to the refreshingly emotional star, so much so that he broke down in tears during the post-game interviews on the court.

adidas has stuck by Rose’s side from the get go, and with this new colorway of the D Rose 11, they’re honoring that unforgettable moment of his career with his points, assists, and rebounds on the insole. The colorway is a straightforward application of the team colors of the Utah Jazz, his opponent on the night he dropped fifty.

These are currently available on adidas in Asia and should release in the US soon at $120.

In other adidas news, the Yeezy 380 “Yecoraite RF” drops on January 16th exclusively in the Asia Pacific region. 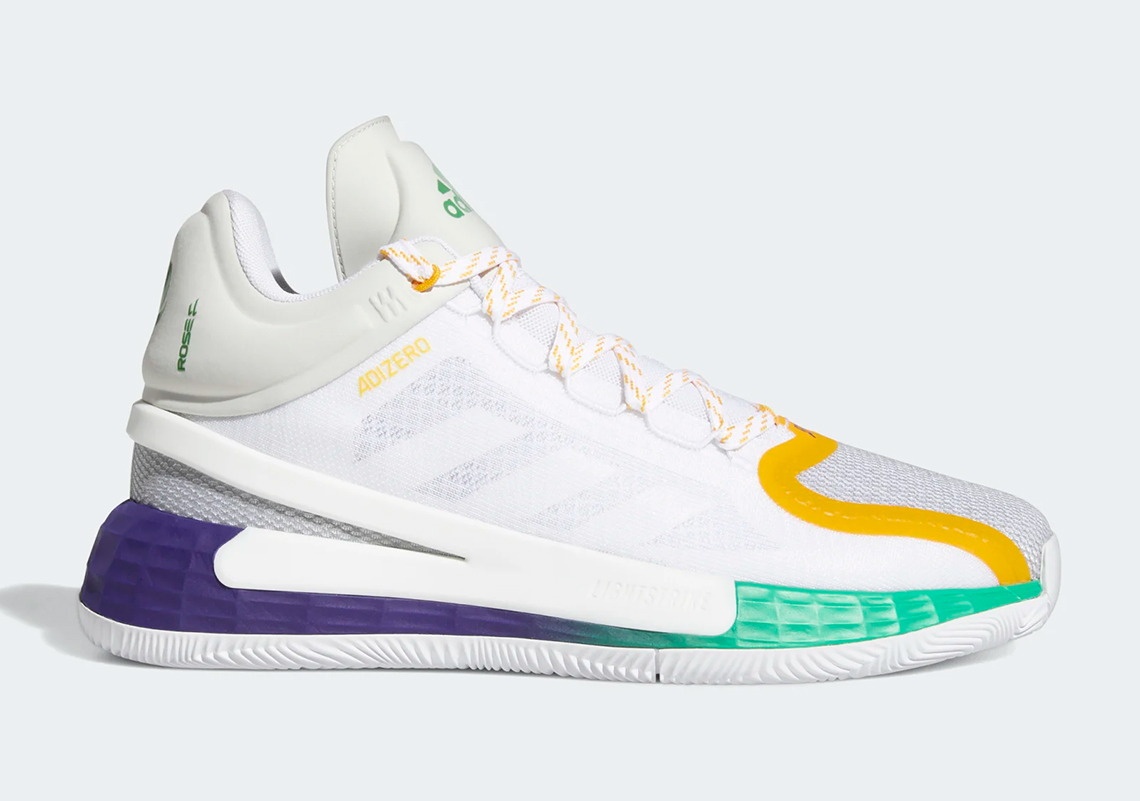 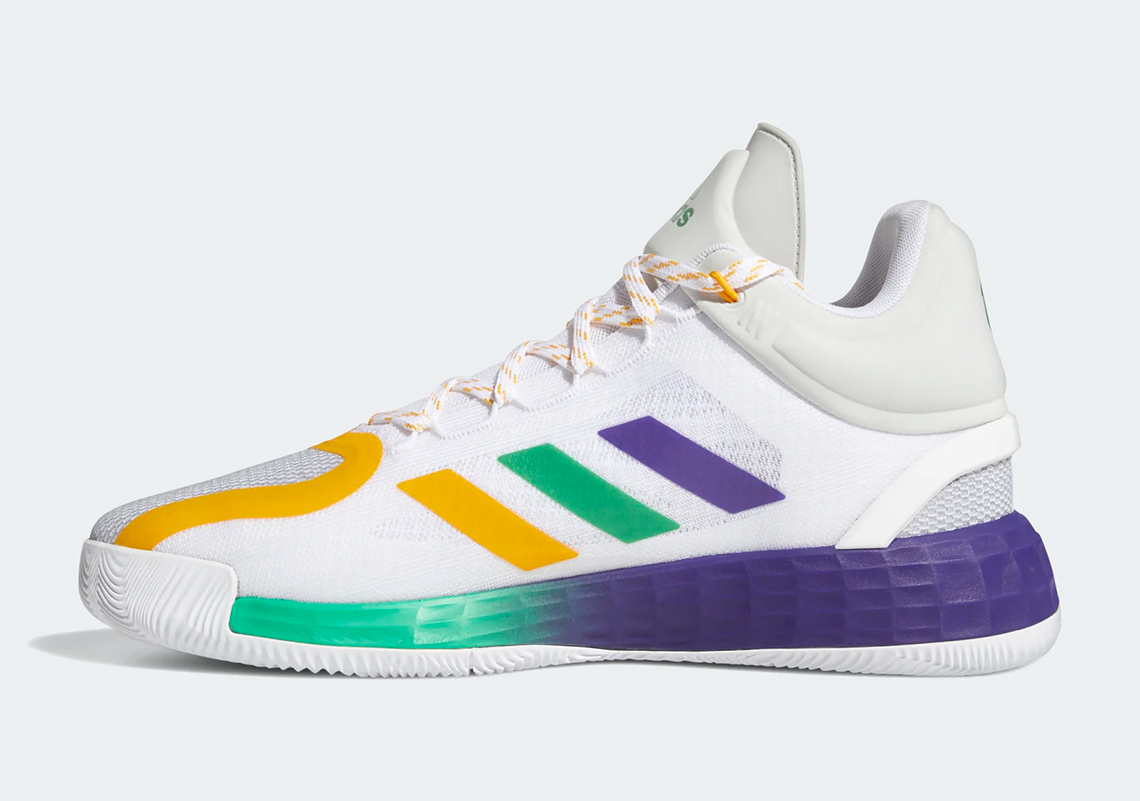 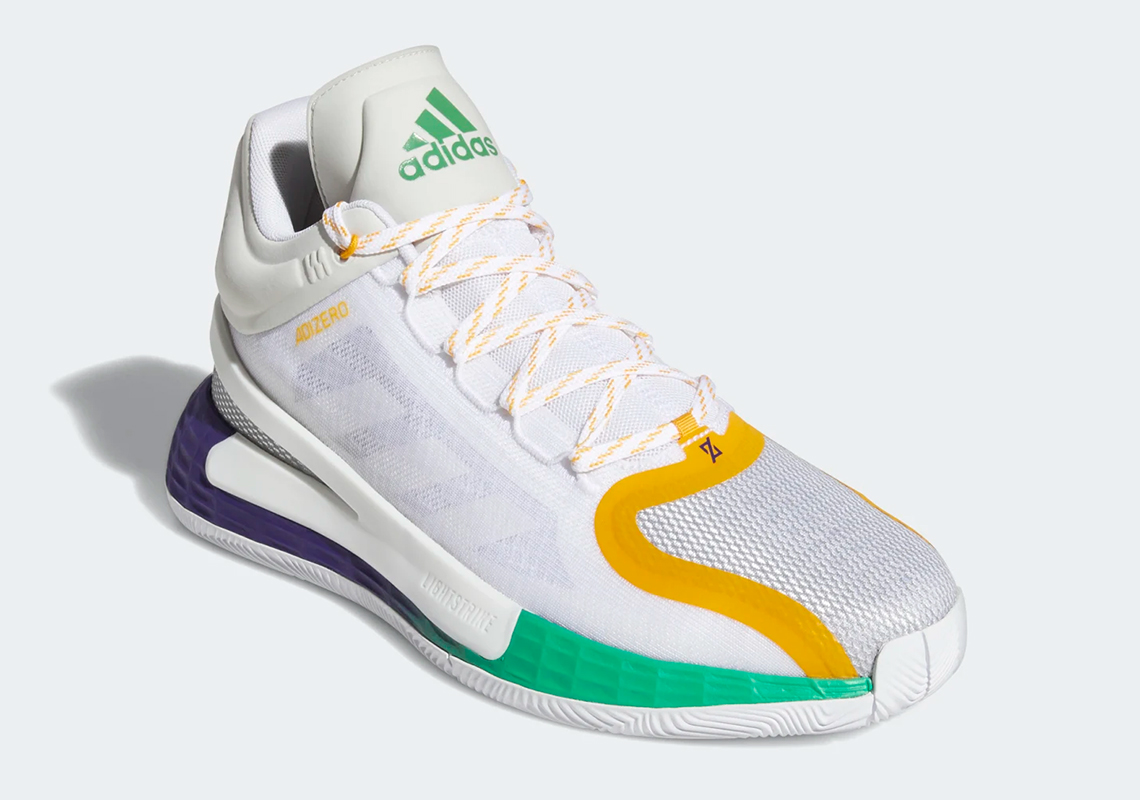 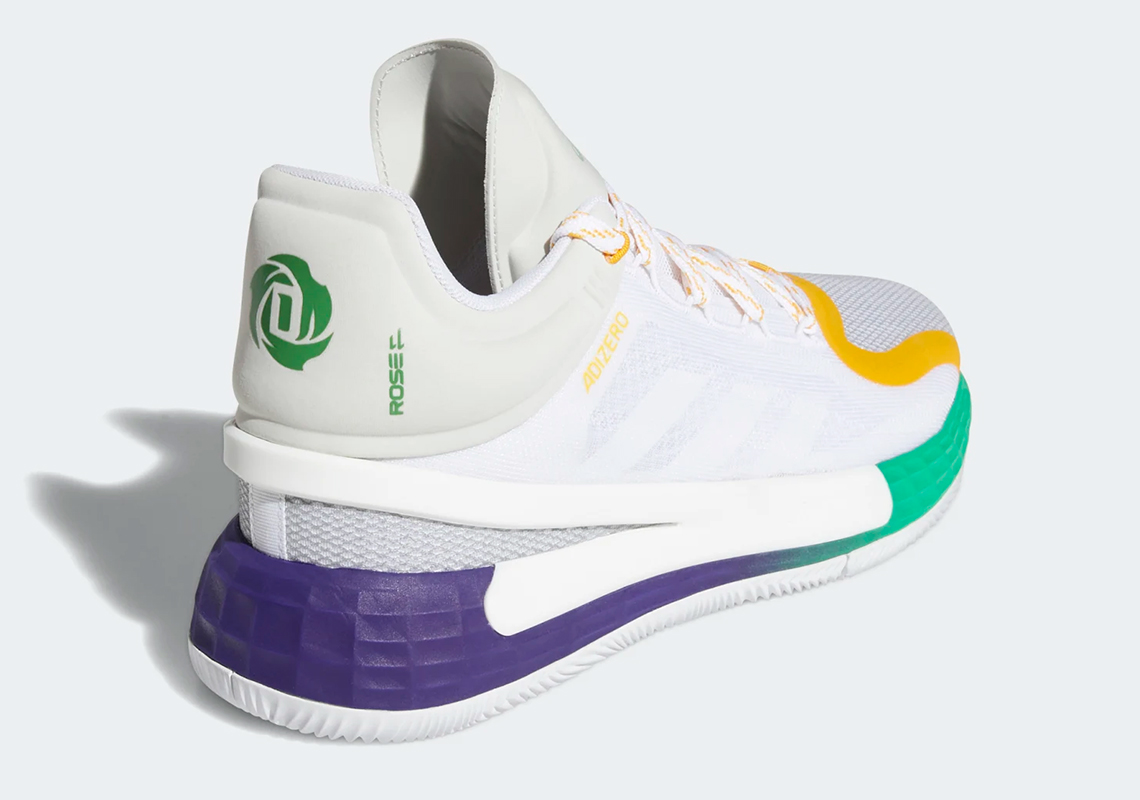 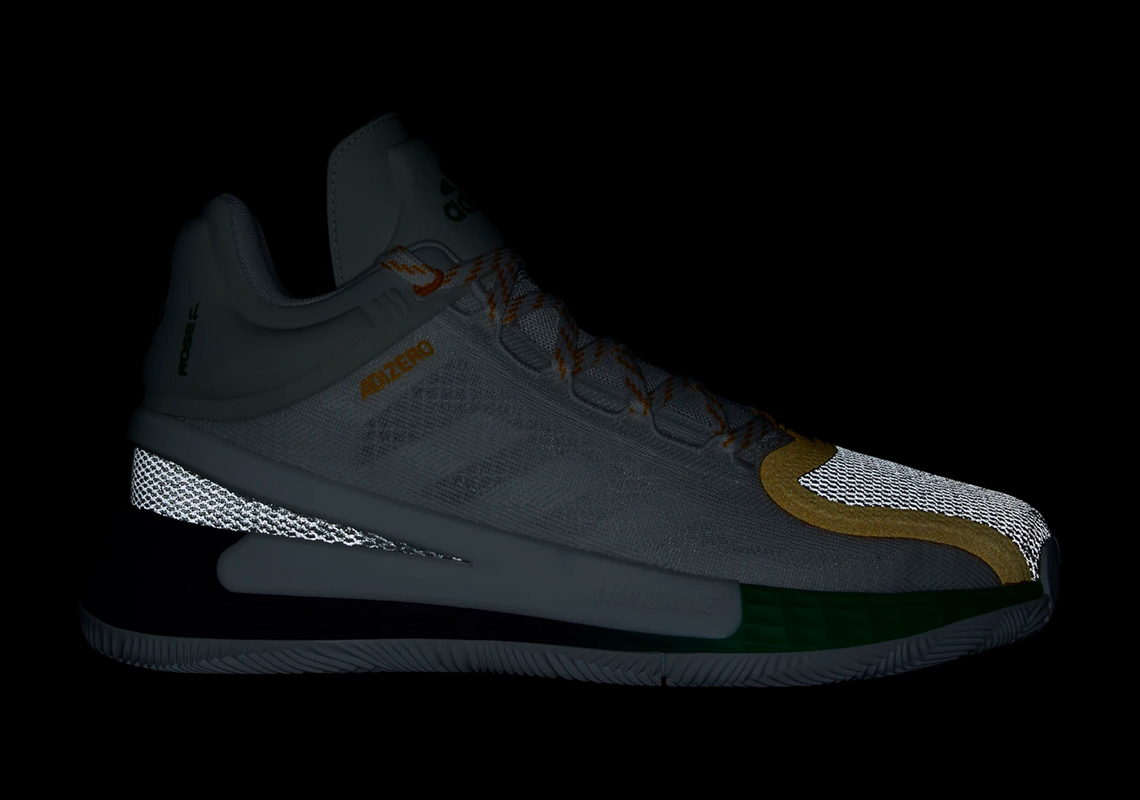 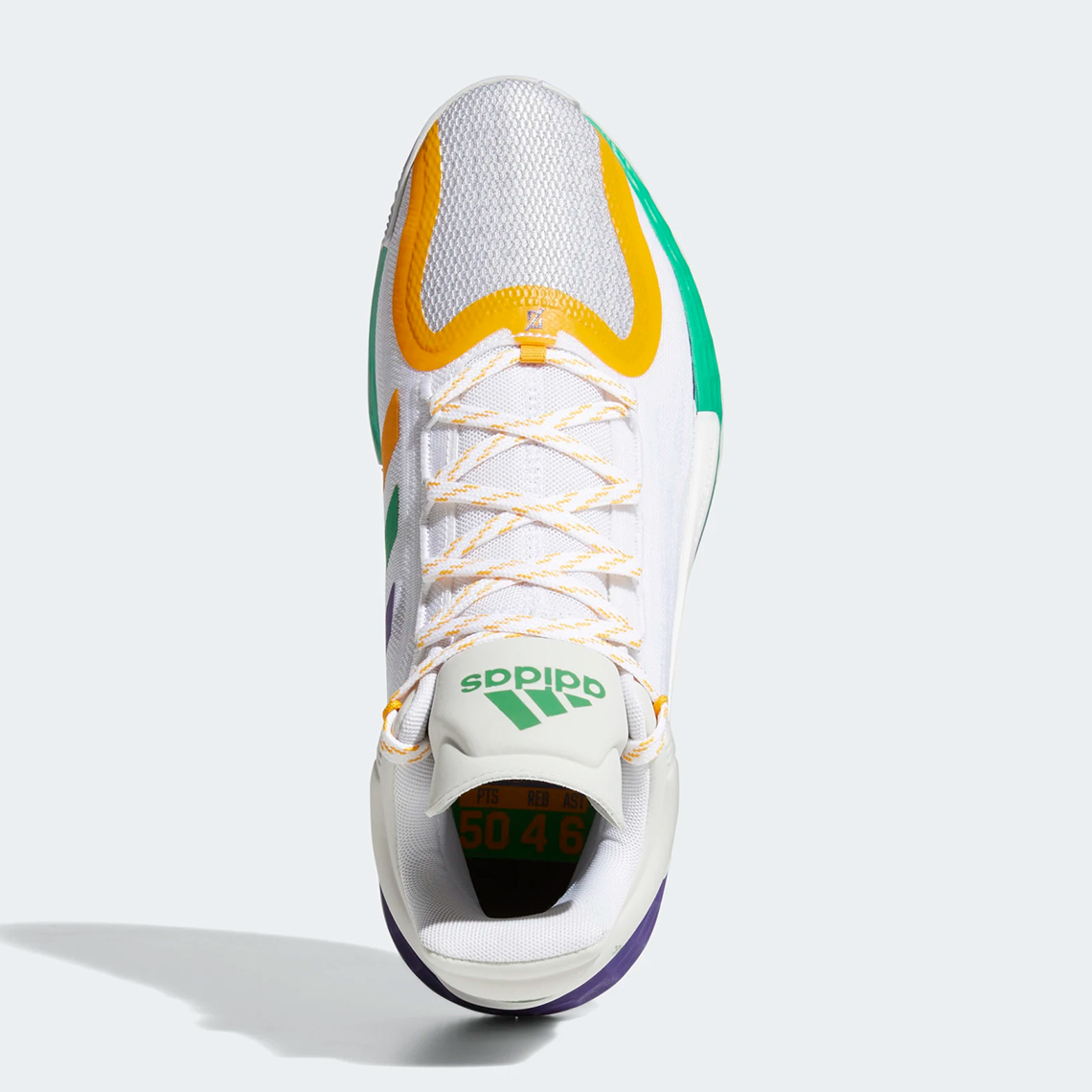 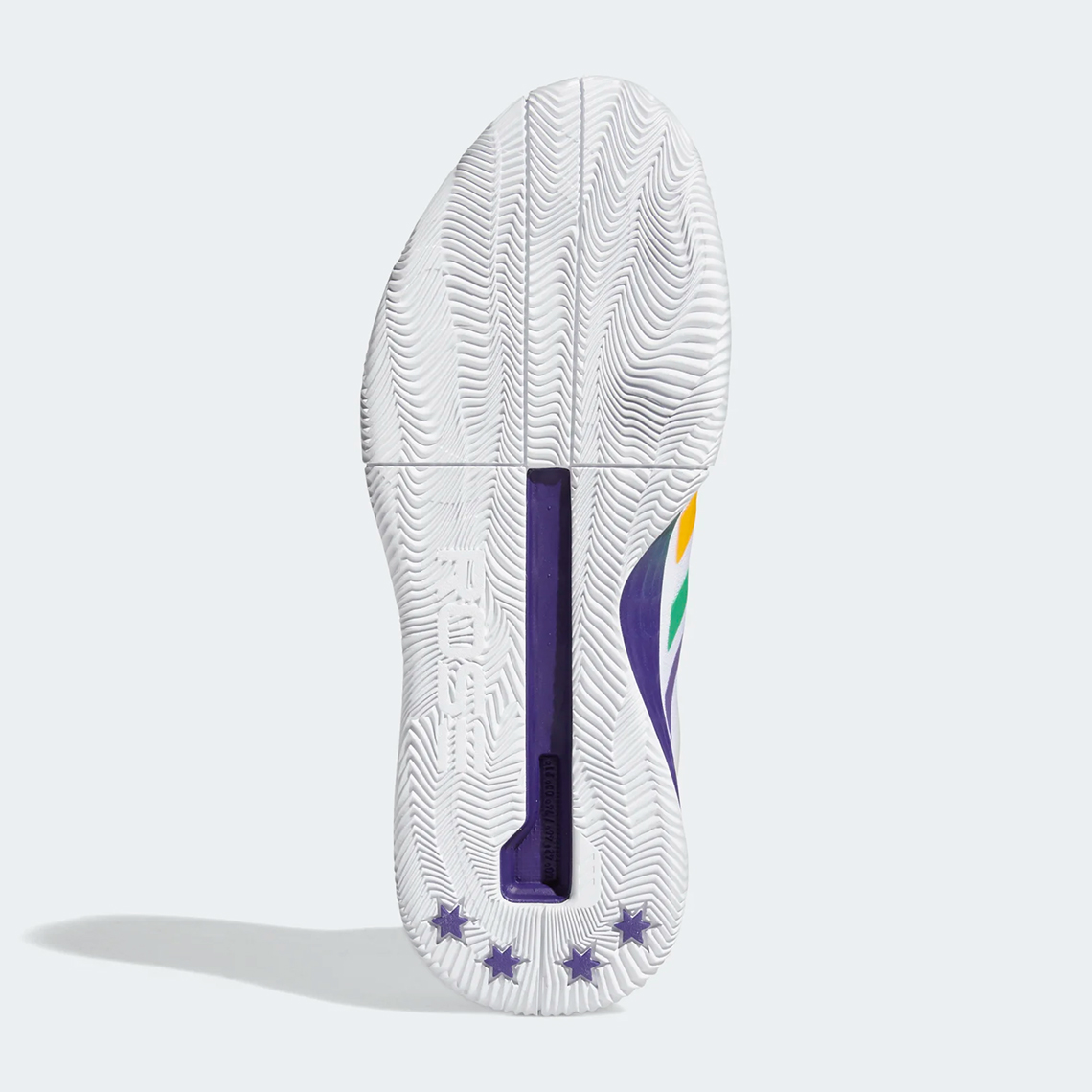 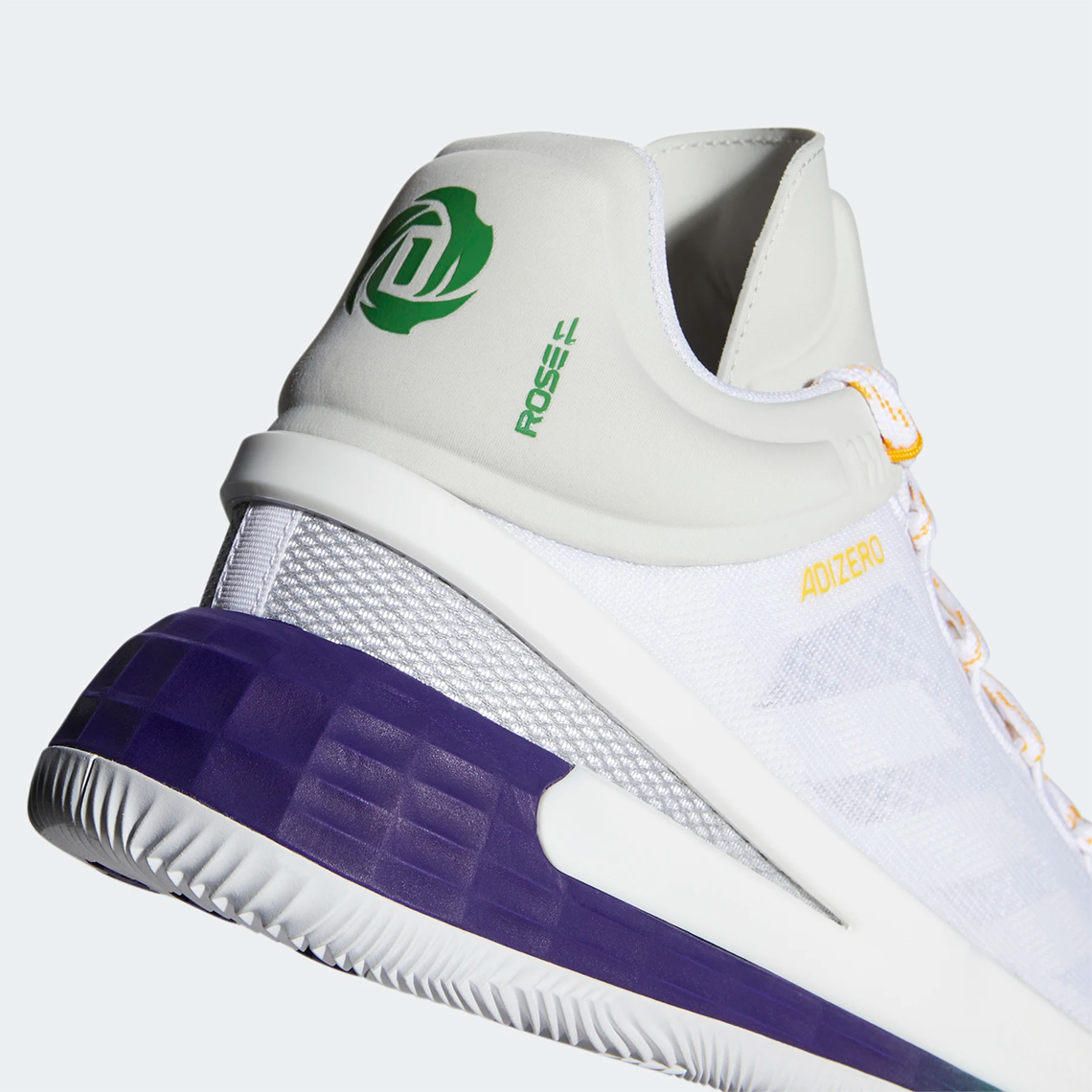