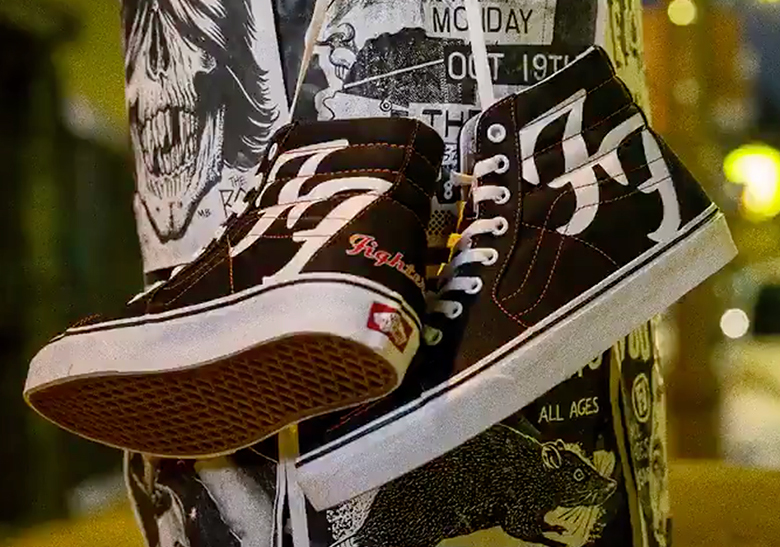 Vans has been slower to reveal its plans for 2021 in comparison to other players in the footwear space, but it’s recently teased a very special project: A Sk8-Hi commemorating the Foo Fighters’ 25th anniversary.

Teased via social media, the pair features an understated black and white color scheme. Ornate “FF” graphics appear on the heels’ profiles, while the American rock band’s name is divided between left and right shoe. “OFF THE WALL” license plates match the rear-end detailing’s red makeup, and complement an otherwise all-white midsole. As with some of the California institution’s most iconic propositions, waffle-patterned outsoles indulge in light gum brown finish.

A lot is still to be revealed about the commemorative pair, but that’s likely to change ahead of February 5th, the date on which the brand’s “Medicine at Midnight” album releases.

For more collaborations, check out the Supreme Nike Goadome set to launch on January 14th.

In celebration of their 25th Anniversary, we collaborated with @FooFighters on a special limited edition pair of Vans. The Vans x Foo Fighters Sk8-Hi is coming soon. pic.twitter.com/hOdFFqqFJf