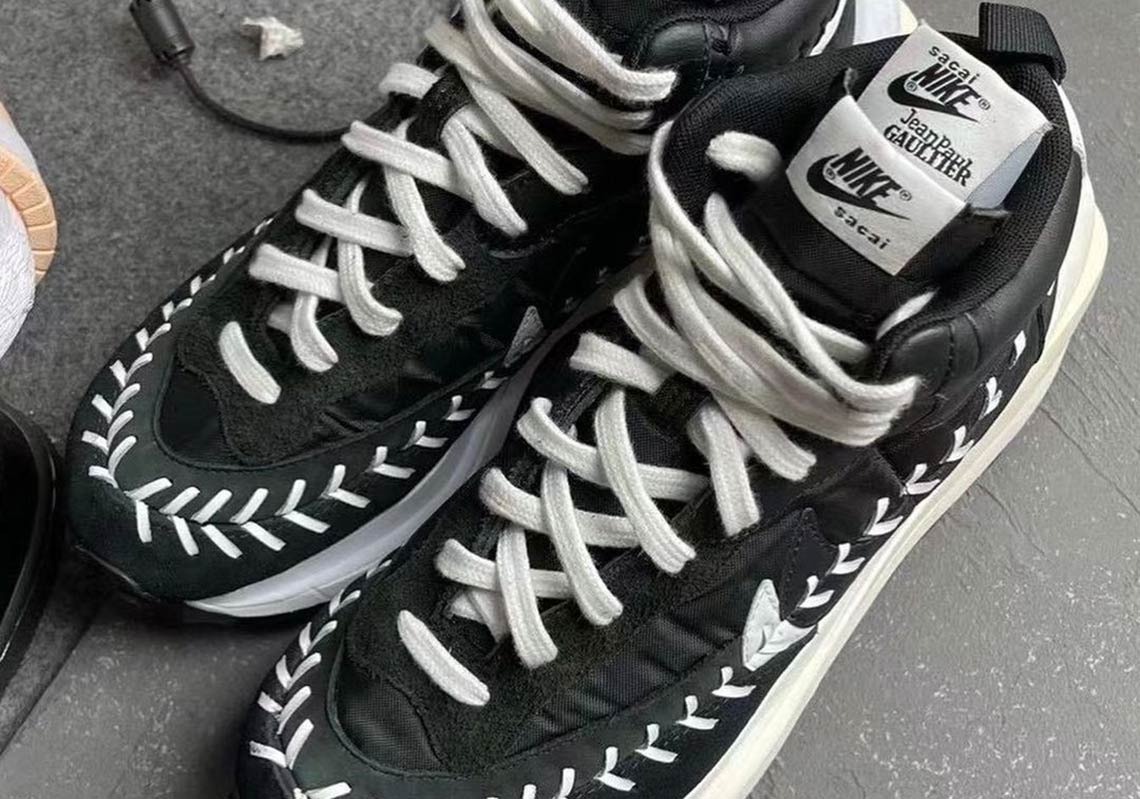 A little under a year ago, Jean Paul Gaultier announced that Chitose Abe of sacai would be taking control of the label’s next Couture collection. And though unfortunately delayed due to COVID, it seems this guest project will finally be coming to fruition very soon as reported by news outlets. Alongside, leaks of a commemorative Nike collaboration have also surfaced, one that bears the names of both the aforementioned designers.

Due to the nature of the design itself as well as the less-than-ideal viewing angle, it’s difficult to accurately pinpoint what exactly the model is. However, according to the shape of the toe, it’s clear that the pair bears at least one half of the VaporWaffle released earlier this year. Most of everything adjacent, though, seems brand new. The collar is raised to what looks like a mid-top height — thus the tongues are heightened to match — while the lower half is spliced on via an arrangement thick stitches. A dual arrangement of Swooshes can also be seen along the side, dressed atop in thick layers of leather unlike the aforementioned.

For now, take a quick look at these below. More info and images should surface soon.

UPDATED 1/22/2021:
More images of the Jean Paul Gaultier x sacai x Nike collaboration have surfaced. As visible on the side profile, the model is a clear splice of the VaporWaffle and the Blazer Mid. 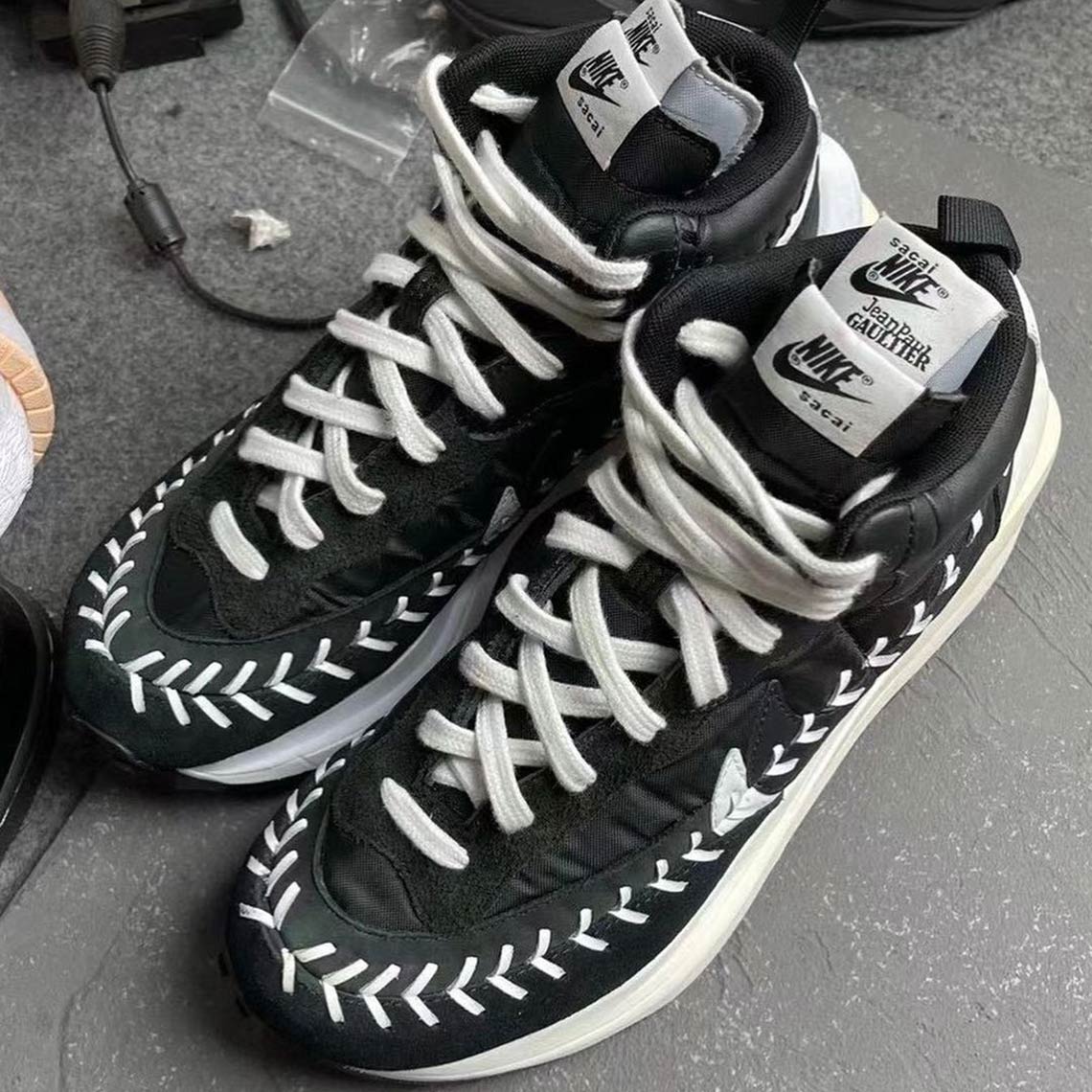 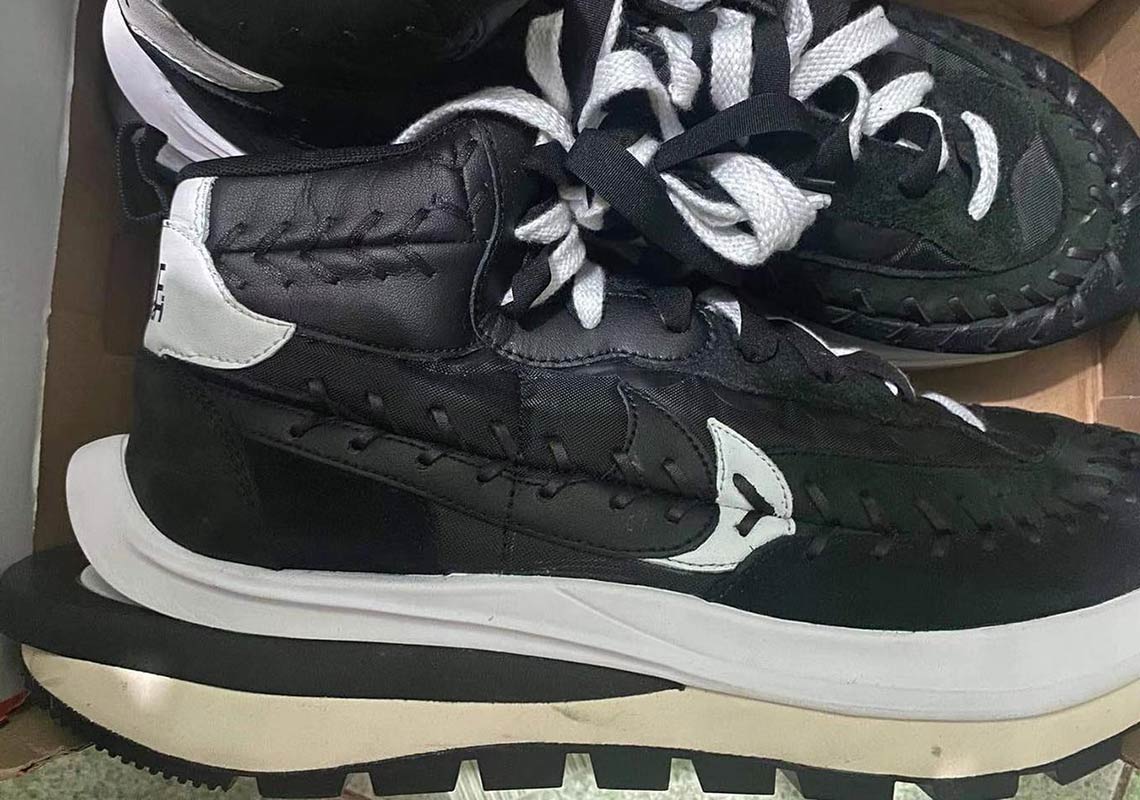 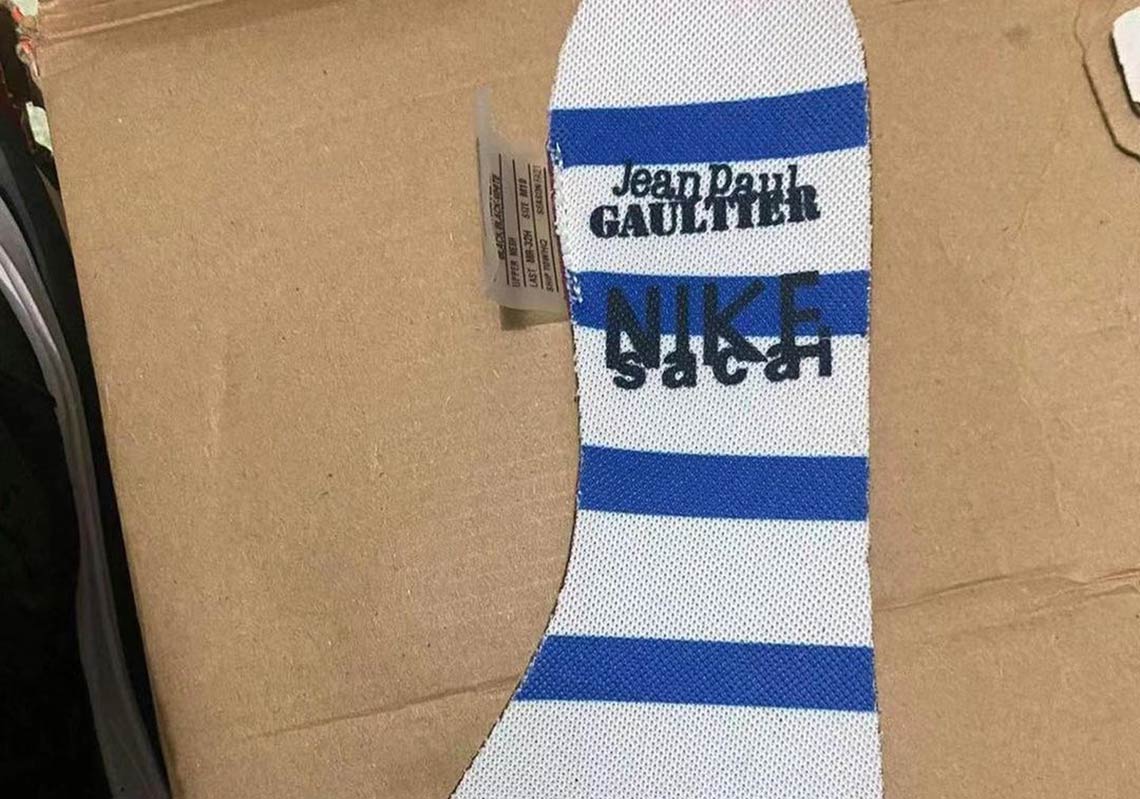