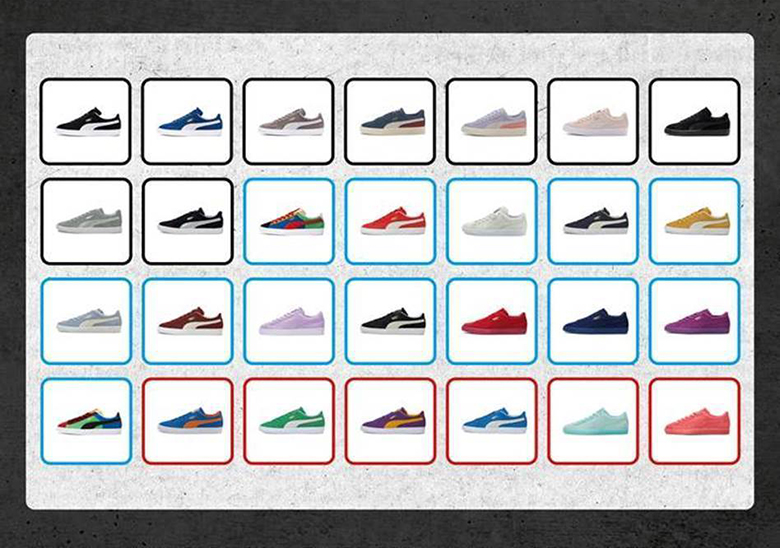 Hot off the heels of their second collaborative shoe with J. Cole, Puma is on track for an eventful 2021. Staring first thing this February, the brand will be putting the foot on the gas as they launch “28 Days of Suede.”

As its namesake implies, the campaign is a month-long celebration of the footwear label’s most iconic shoe: the Suede. First released in 1968, the silhouette has gone to outfit near every generation, dressing the feet of celebrities like Rihanna, JAY-Z, and others on the way. Announced alongside an accompanying graphic, the event will host standouts from men’s to women’s, all set to land either next month or in March. A few key releases include the Suede XXI, an updated version of the classic, and the Suede Classix, a mix of multiple colorways on one shoe.

For now, take a peek at the image below to see what’s down the pipeline for February. Once they’re nearing release, expect to see more about pricing and exact dates.

In other news, the Air Jordan 9 Dark Charcoal is releasing tomorrow. 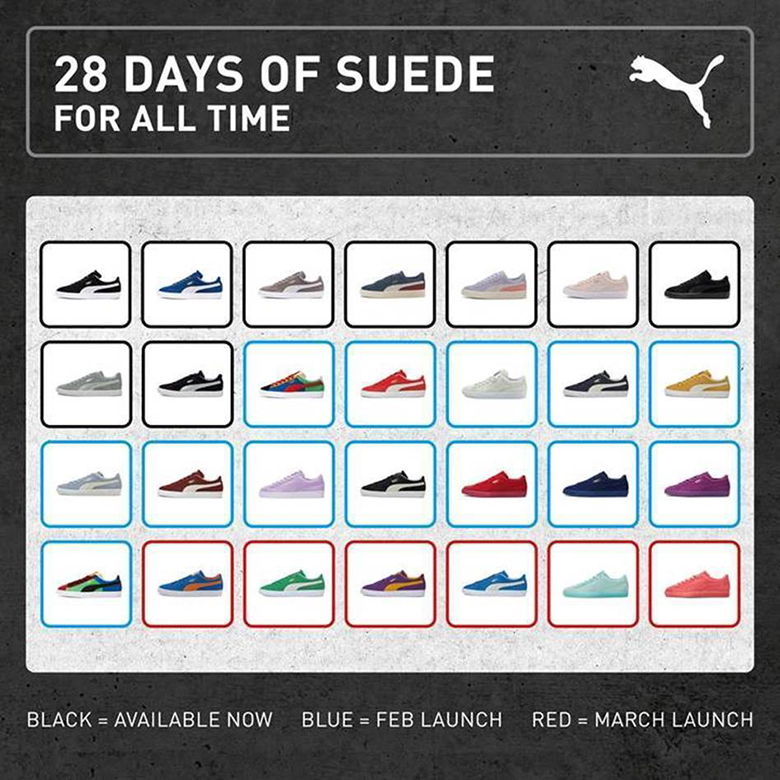