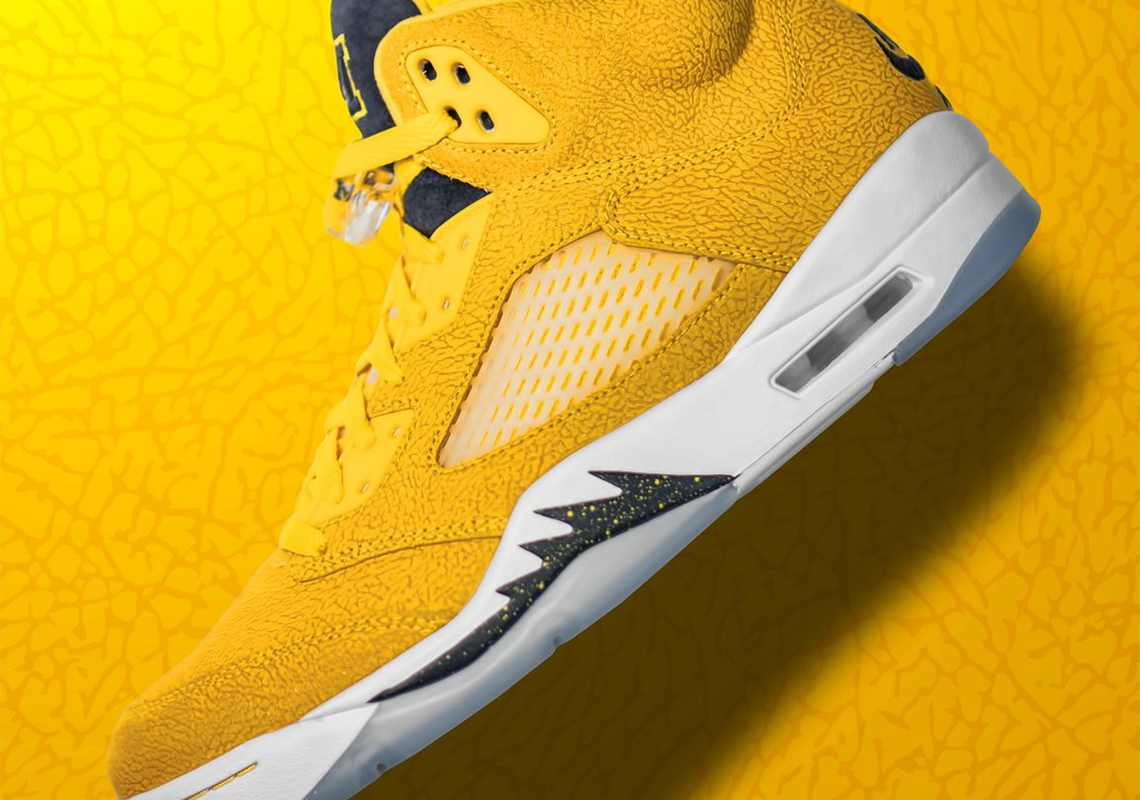 The Wolverines are no stranger to the Air Jordan PE treatment as the brand has steadily delivered player-only colorways since the program and the brand joined forces in 2016 with a contract worth nearly $175 million. Thankfully, the Jumpman didn’t limit the navy and yellow to athletes only, because some clear-cut Michigan drops ended up hitting retail in the form of an Air Jordan 12 and Air Jordan 5. While it’s important to appease the fans, creating some exclusives is still paramount to the relationship between the two entities, and the Michigan Football twitter just revealed exactly what Jordan Brand concocted for the program’s upcoming season.

Revealing the school colors executed on the identical elephant print concept seen in other school editions revealed by Florida, Oklahoma, and UNC, this Air Jordan 5 PE sees the elephant print covering the entire upper of the shoe, with Nike Air logos embroidered on the here. The M is proudly placed on the oversized tongue, swapping the classic reflective for a premium suede.

These will certainly not hit retail, but if you’re focused more on footwear you can actually buy, check out the latest details on this weekend’s Jordan 4 Taupe Haze.

Updated April 1st, 2021: New photos have been provided by @englishsole. 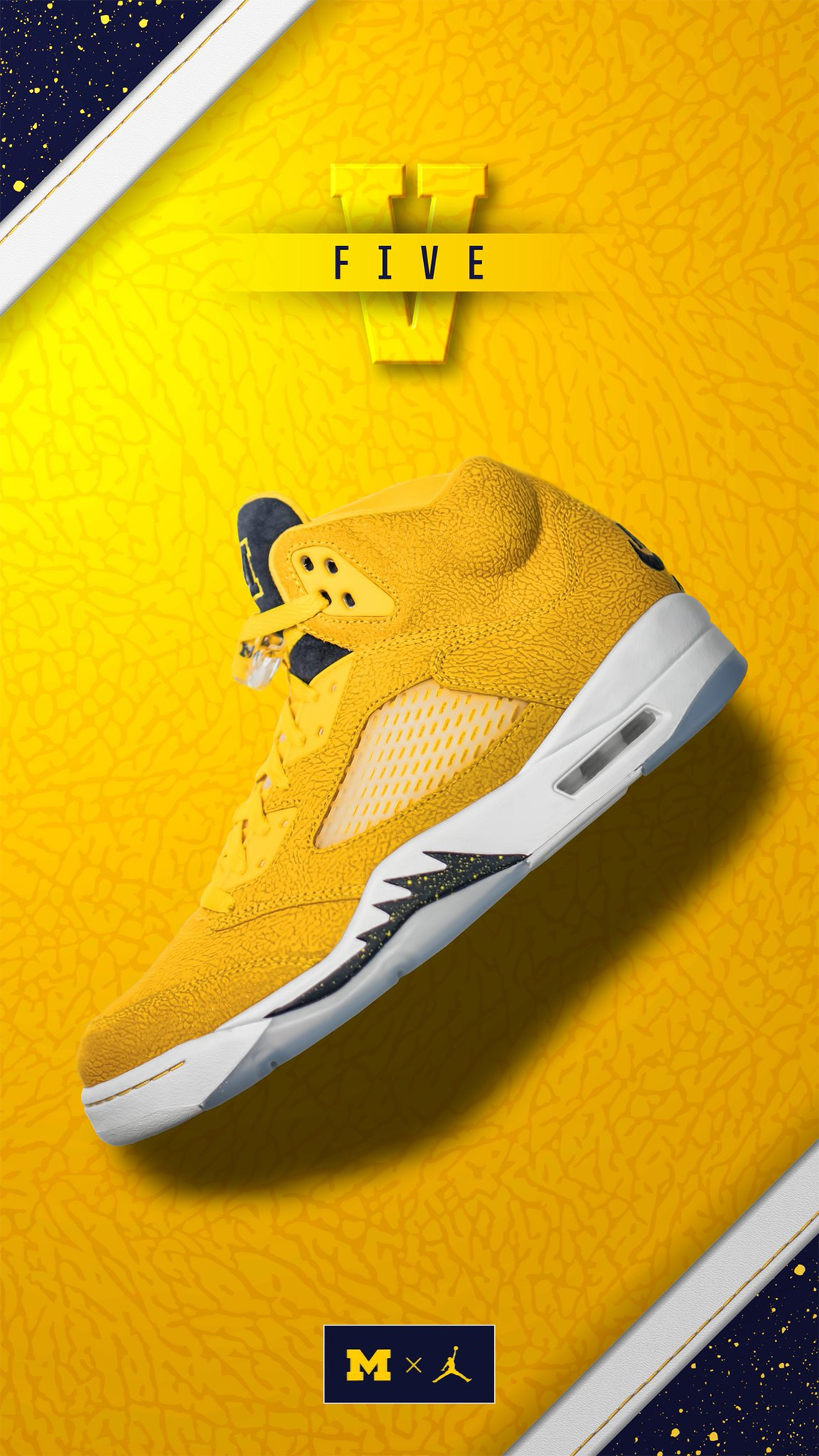 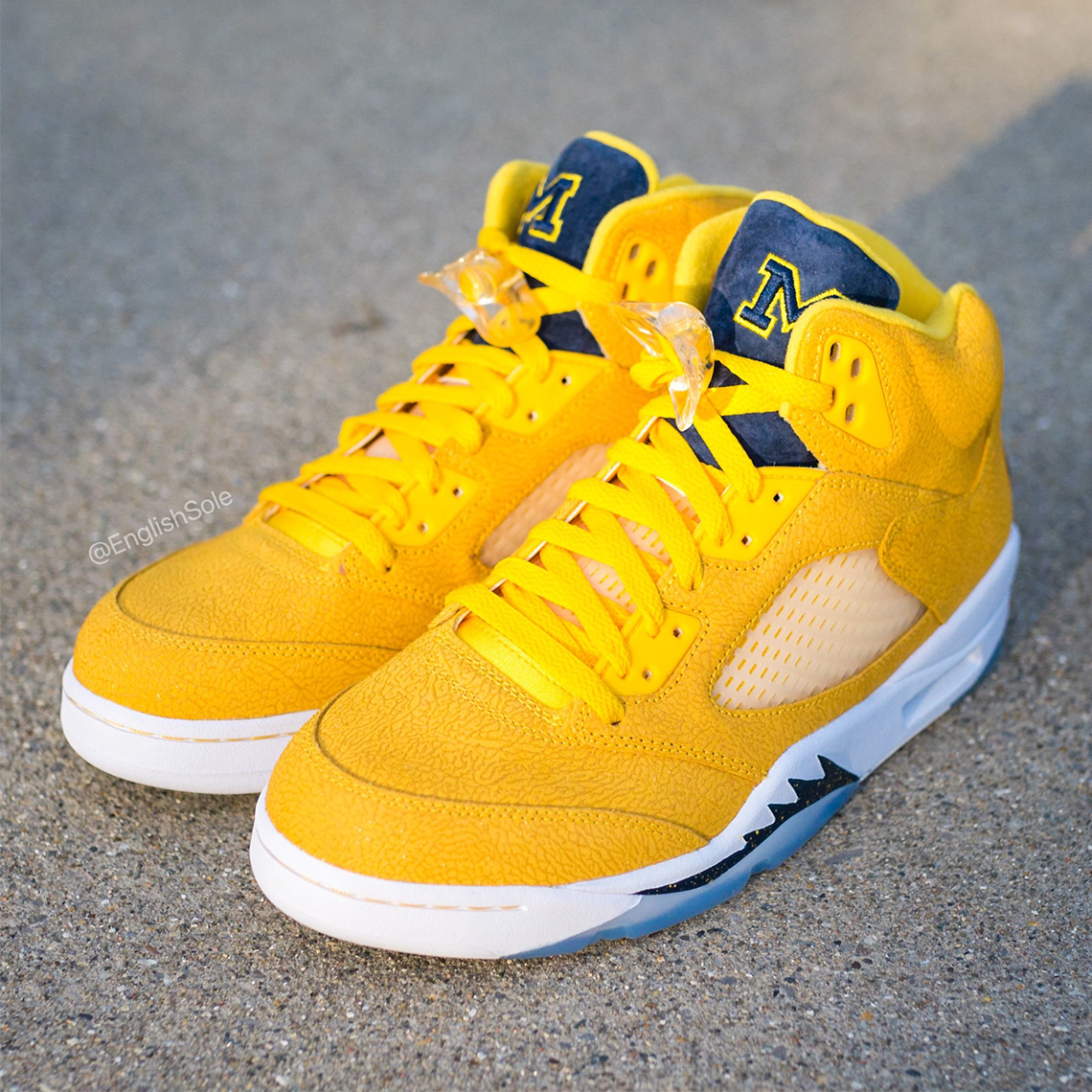 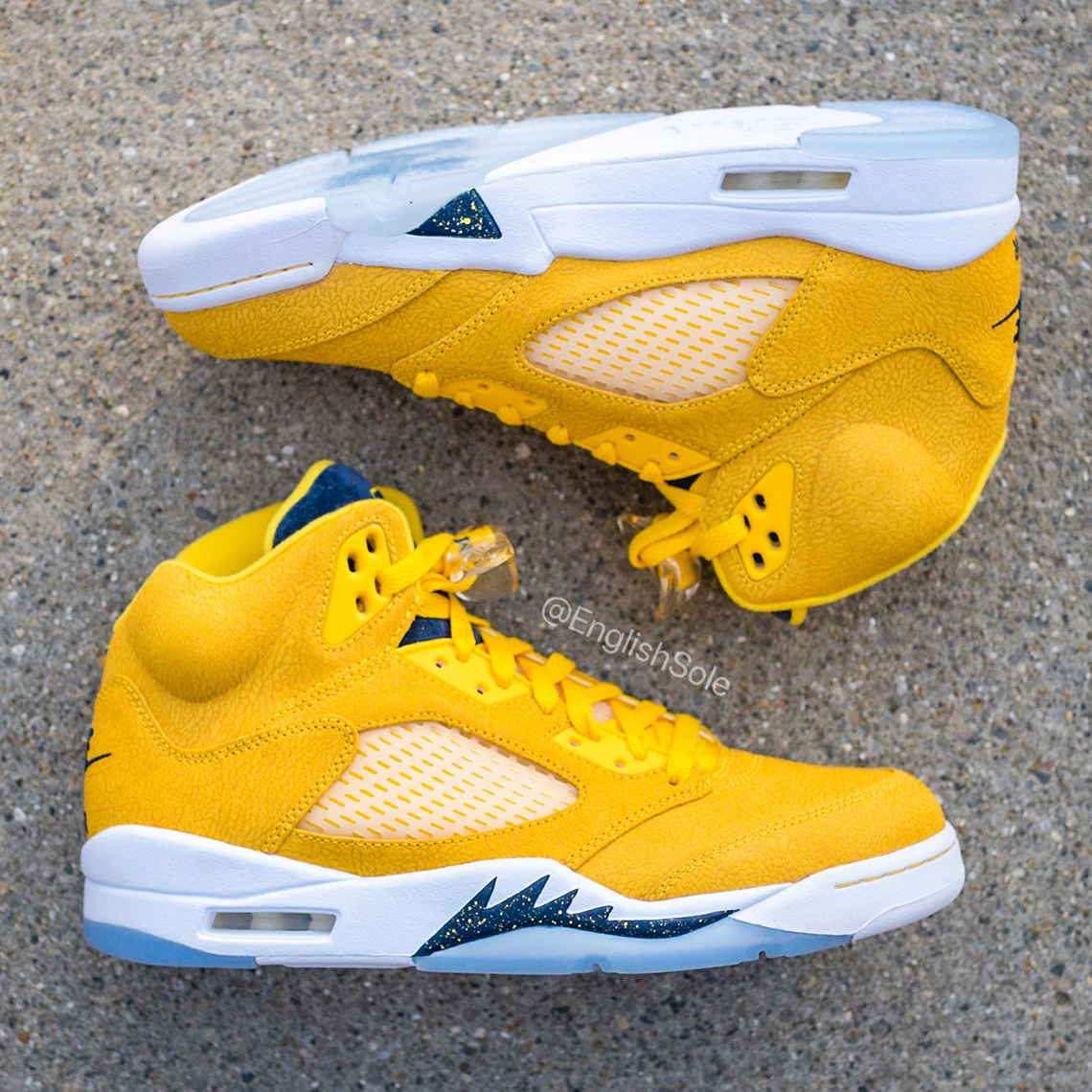 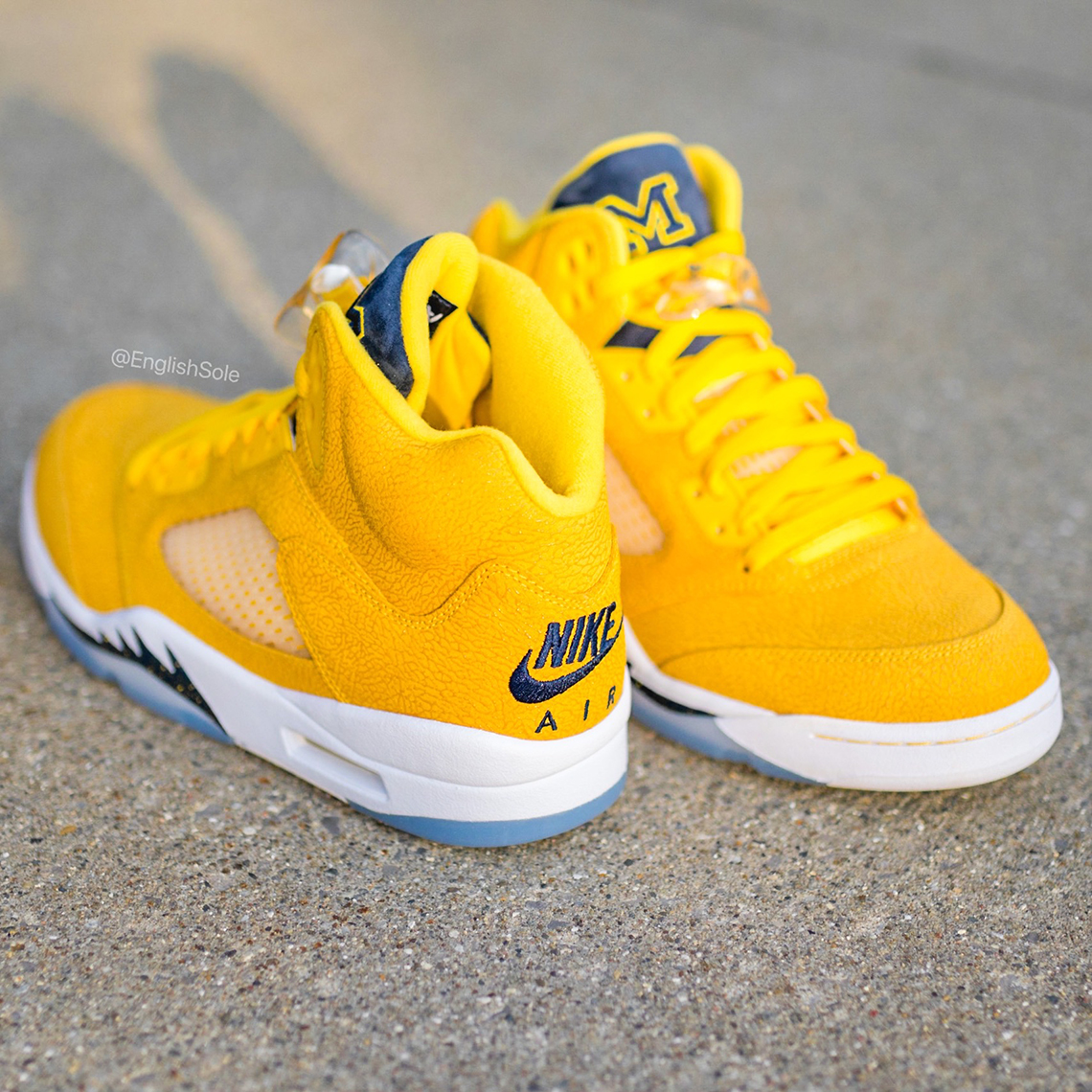 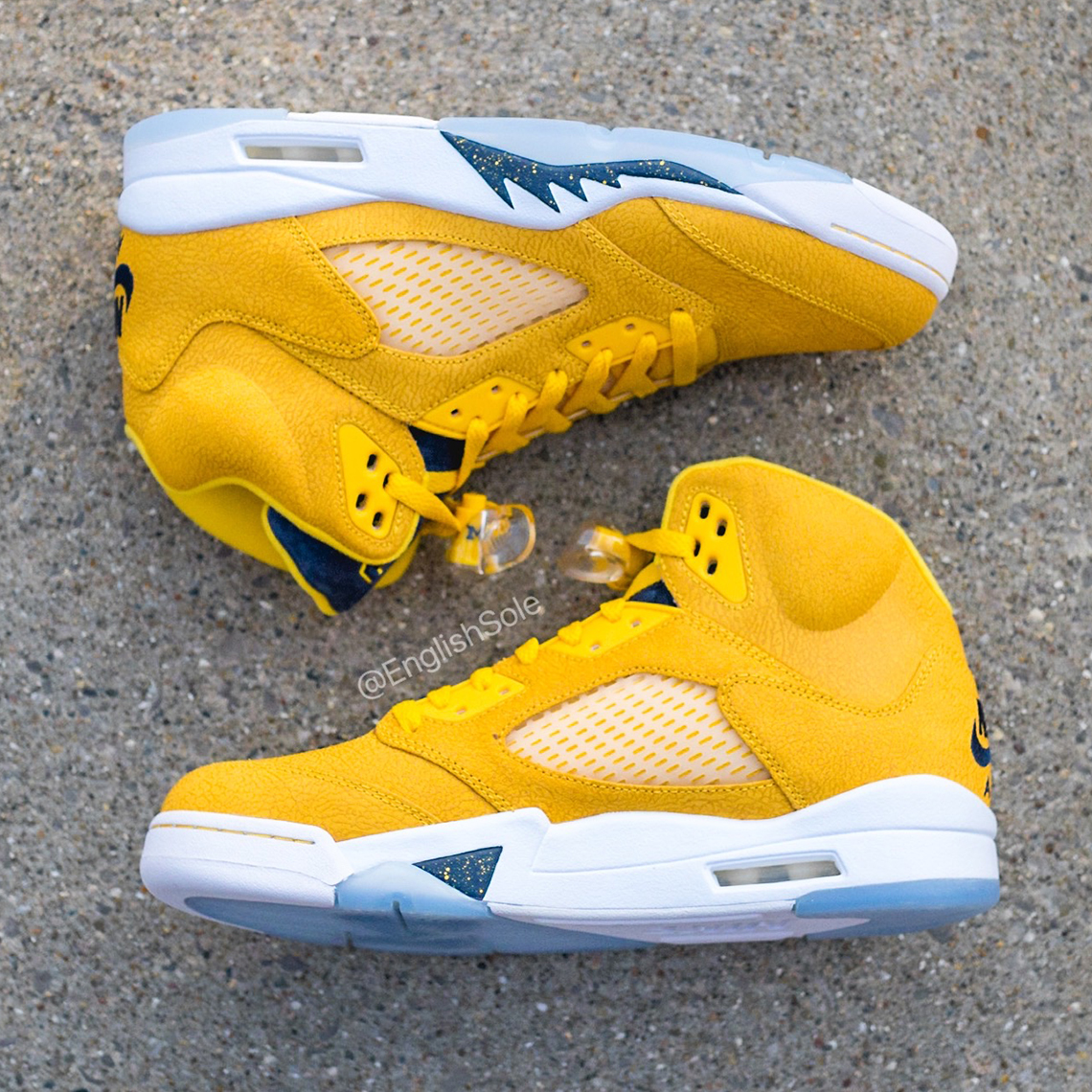 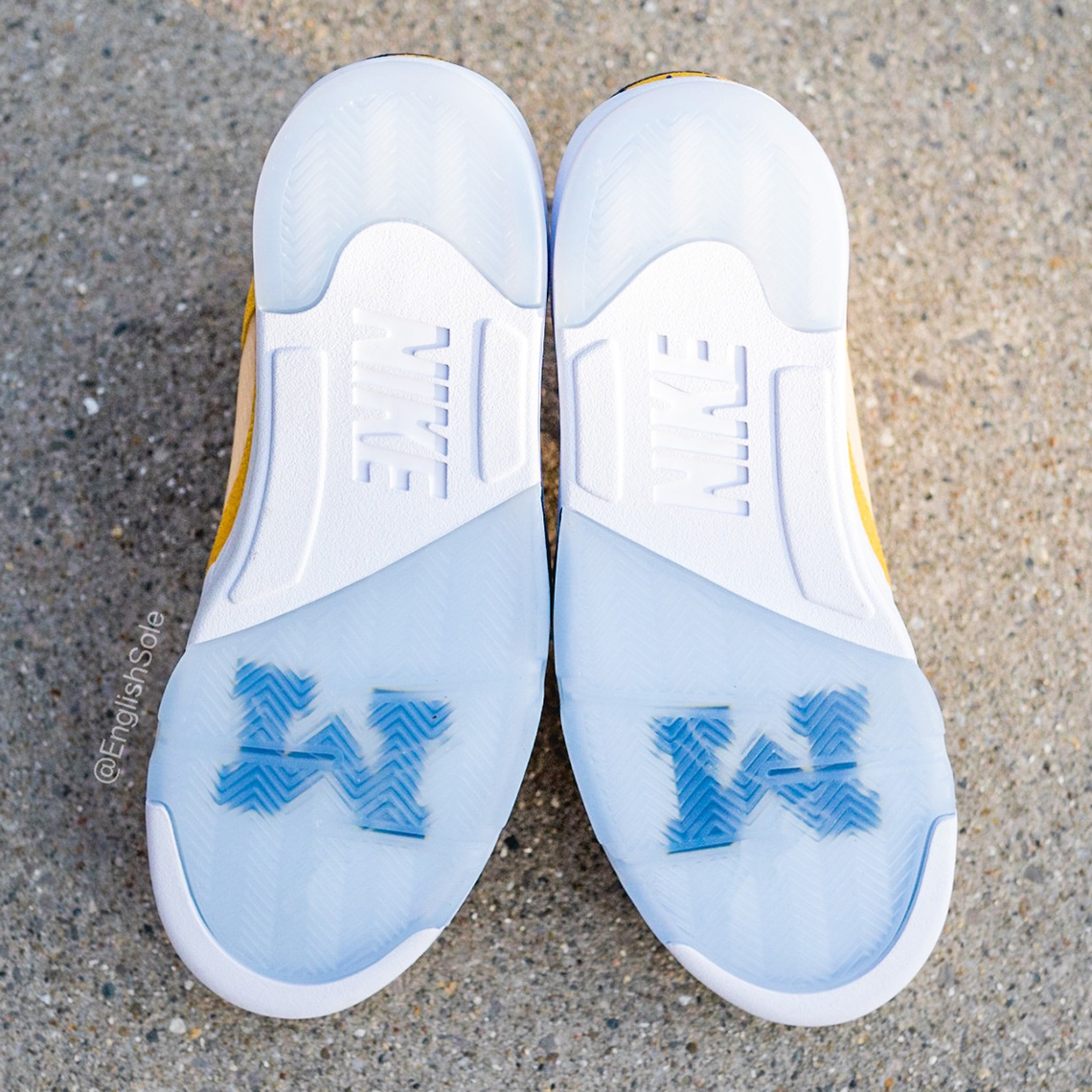 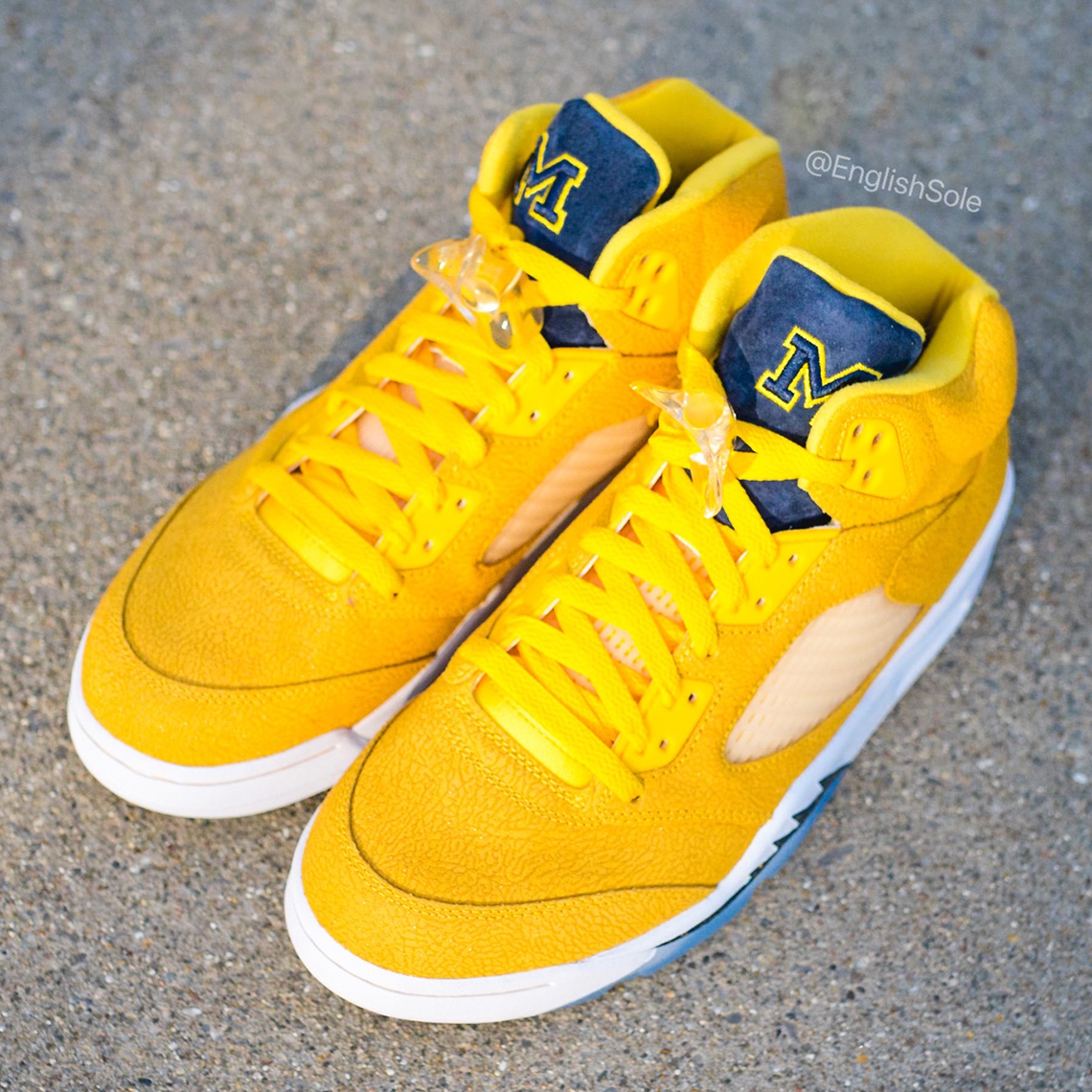 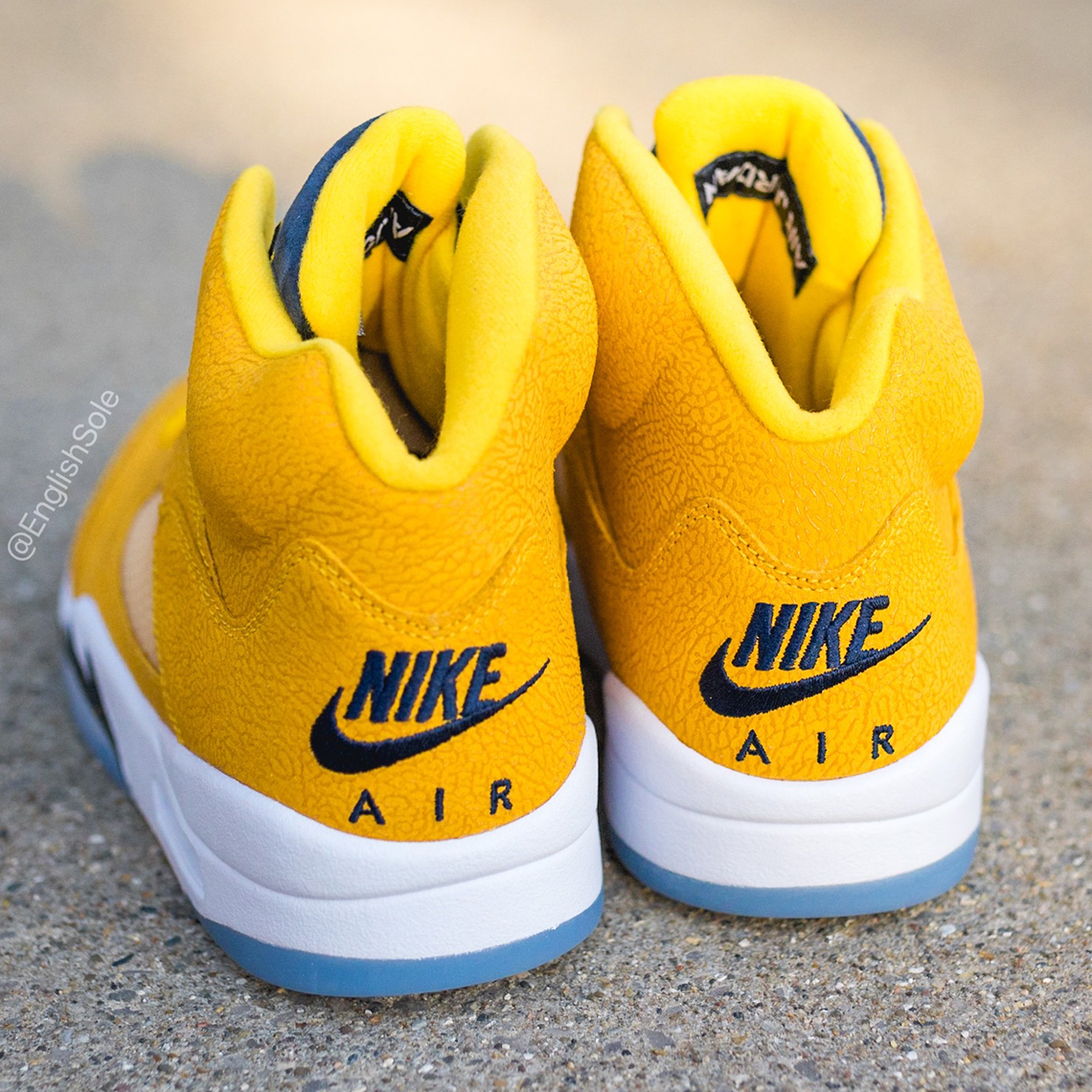 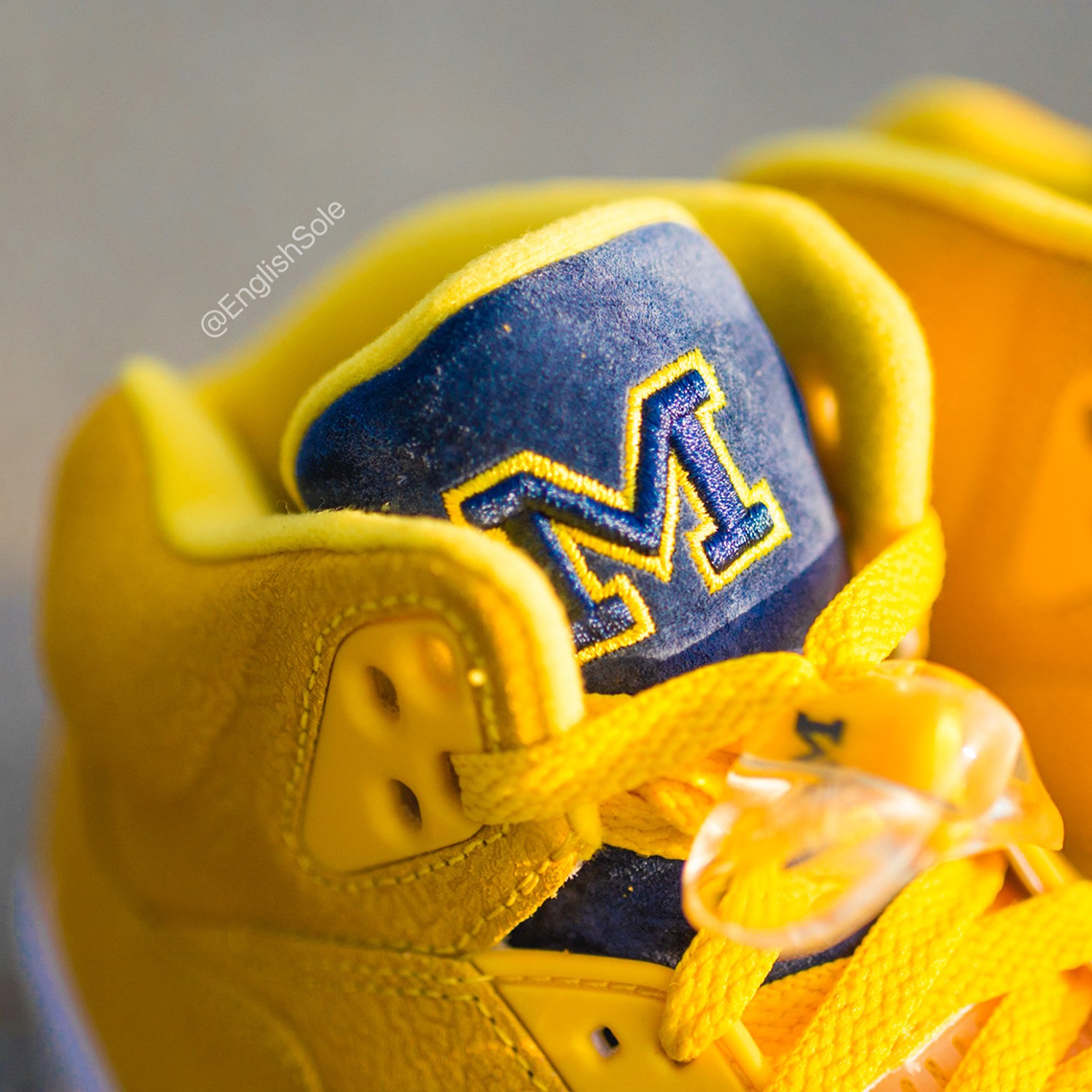 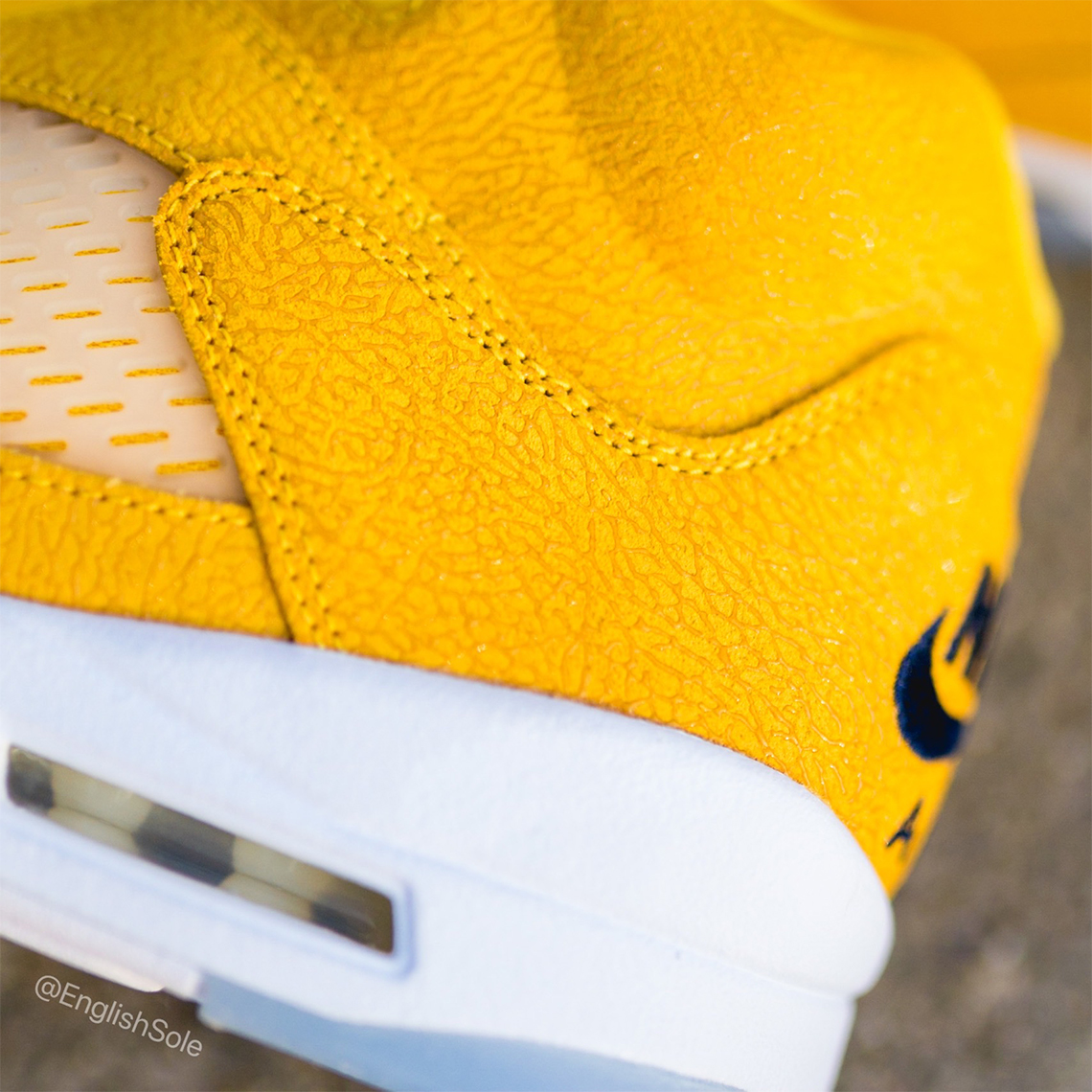