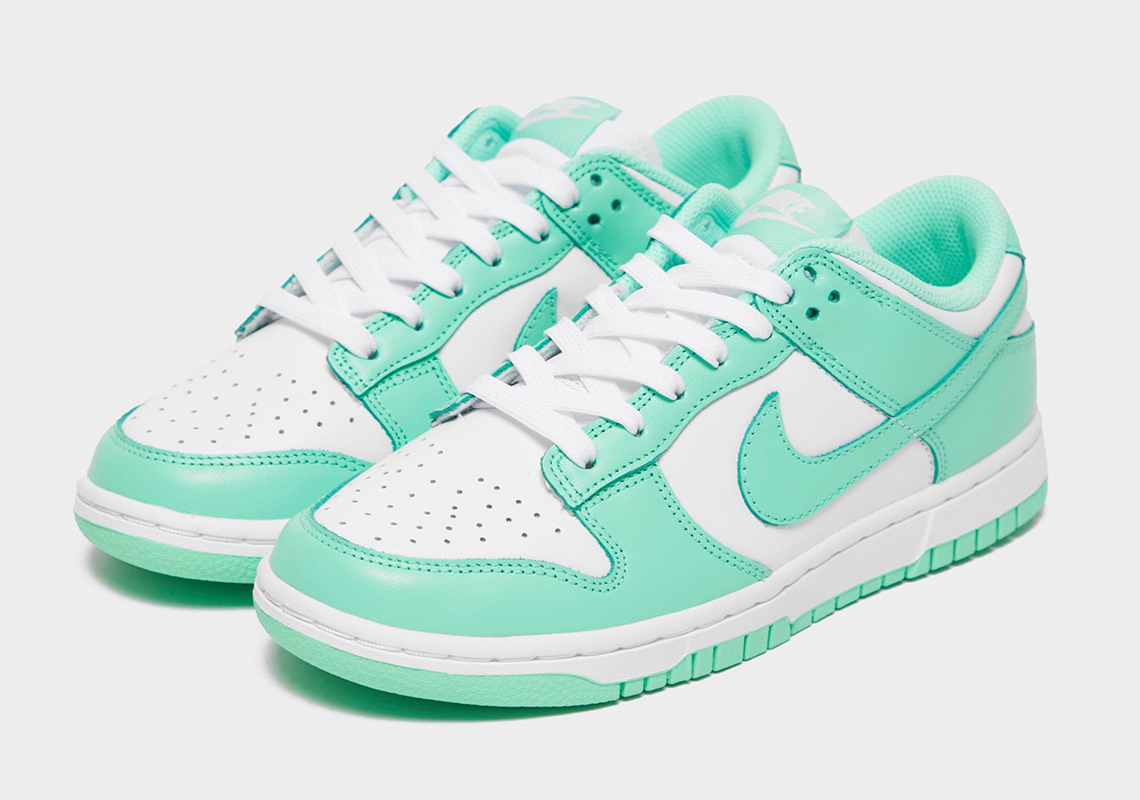 Nike has made a concerted effort to keep the Dunk in the headlines. Alongside some welcome Retros and new, novel collaborations, the silhouette is continuing to expand via a number of Spring/Summer colorways. Alongside the intricately color blocked “Easter” rendition, the Dunk Low will appear soon in the women’s exclusive “Green Glow.”

Unlike its pastel-ridden counterpart, the “Green Glow” follows the silhouette’s classic two-toned arrangement. Across its overlays, the titular hue covers unabated, dressing everything from the toe cap to the counter and Swoosh. Underneath, the base grounds the entire scheme in white neutrals, its shades marking the lace unit, midsole, collar, and the matching leathers forward. Elsewhere, the woven label atop the tongue and the Nike insignia on the insole prefer to match the brighter of the two aforementioned colors.

For a better look, see below. A release is currently unknown, but it’s likely we’ll see pairs at Nike.com and select retailers soon.

In other news, the Nike SB Dunk Low Gulf was just revealed via official images. 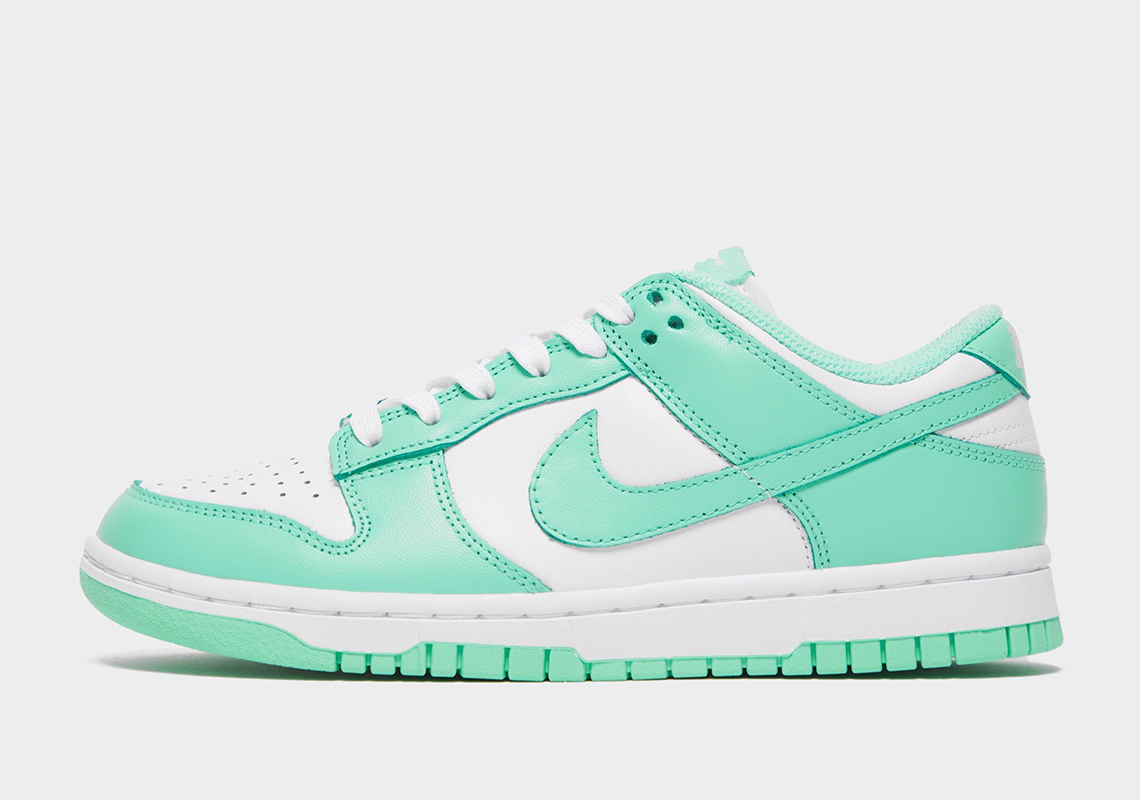 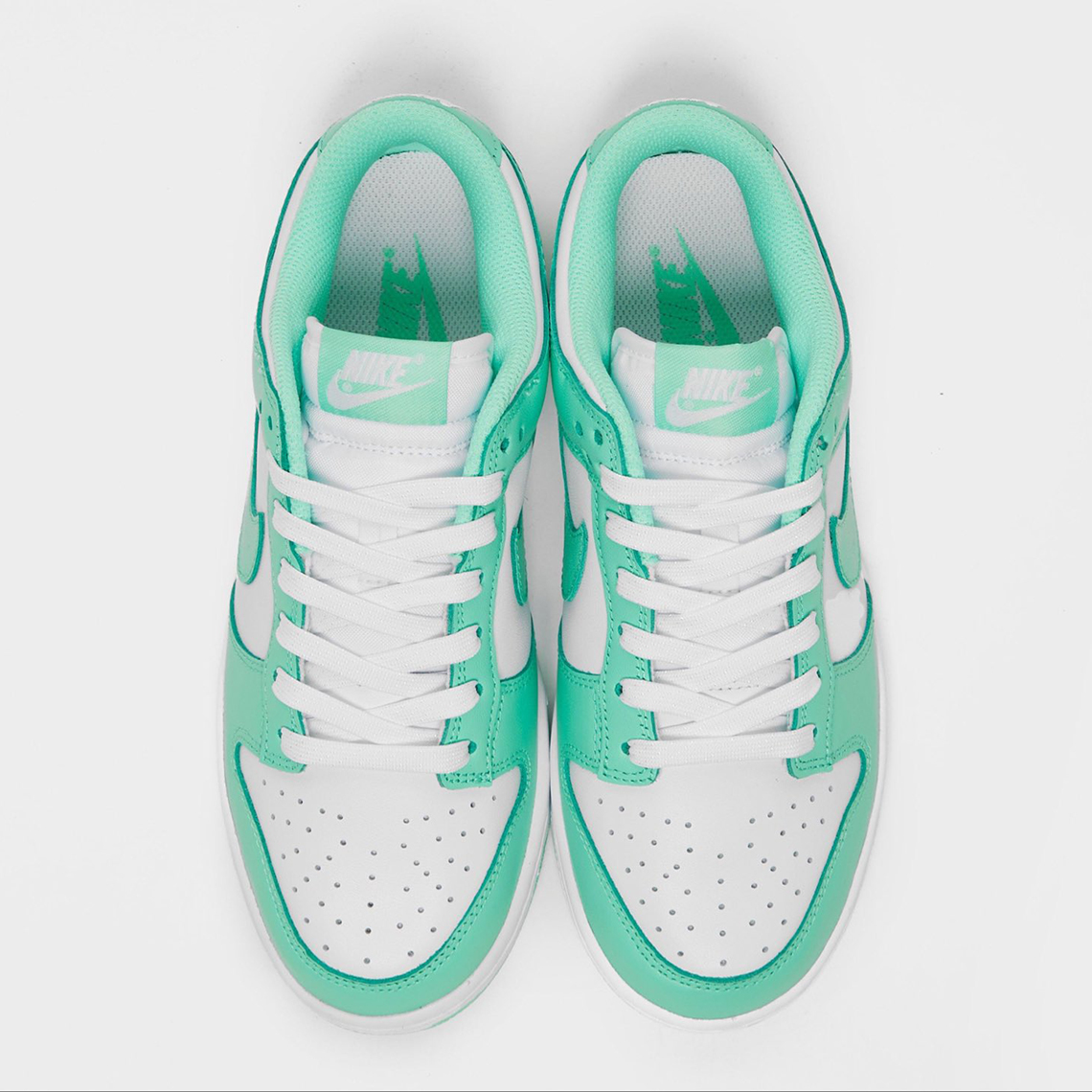 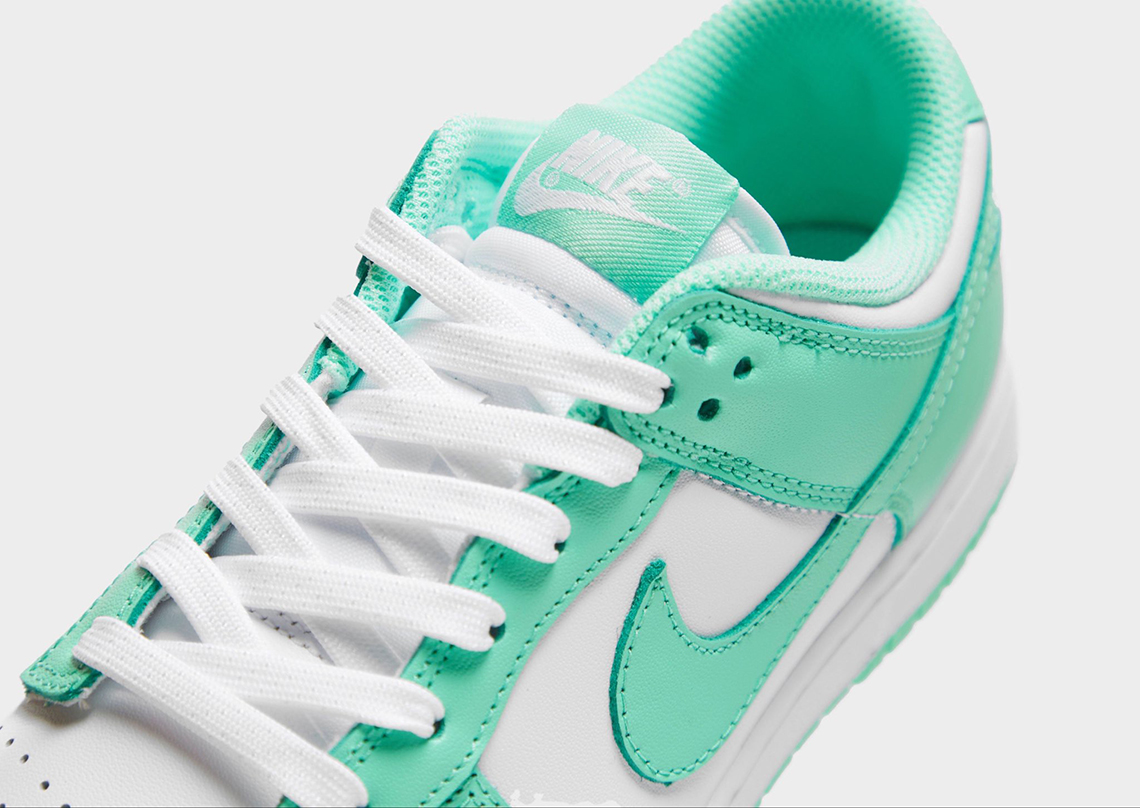