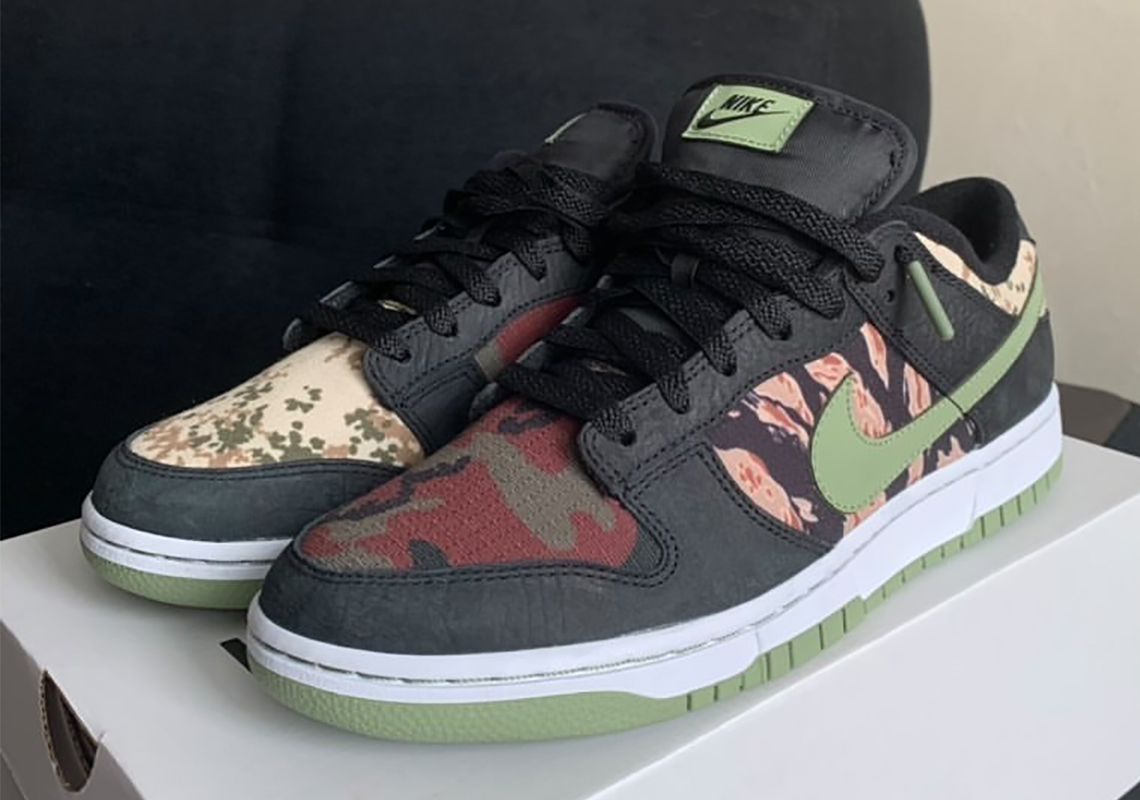 Today, the Nike Dunk Low is much, much more than the Retros that defined it. With a collaborative legacy supported by the likes of Ben & Jerry’s, Travis Scott, and the like, the silhouette has become the go-to for wild, inane combinations. This has bled into its inline releases more or less, and this upcoming pair sees the uppers clad all over with a number of camo prints.

Though it may seem to lean on militaristic influences, the design could quite possibly nod to sport. This is evidenced by the back heel whose orange-embroidered insignia places a basketball dead center. Opposite, the branding swaps for a more traditional, oblique Nike logo, setting the stage for the asymmetry that appears elsewhere. Framed within the lines of light black overlays, these alternating panels — which lie at the mid-panel, toe, and collar — make use of woodland, tiger, and desert camo.

For a look at the full details, see below. A release is due to arrive later this Spring via Nike.com alongside an accompanying “White” colorway. Once further information and images arise, expect to learn about it right here.

In other news, the CLOT Nike Air Max 1 Kiss of Death is returning later this week. 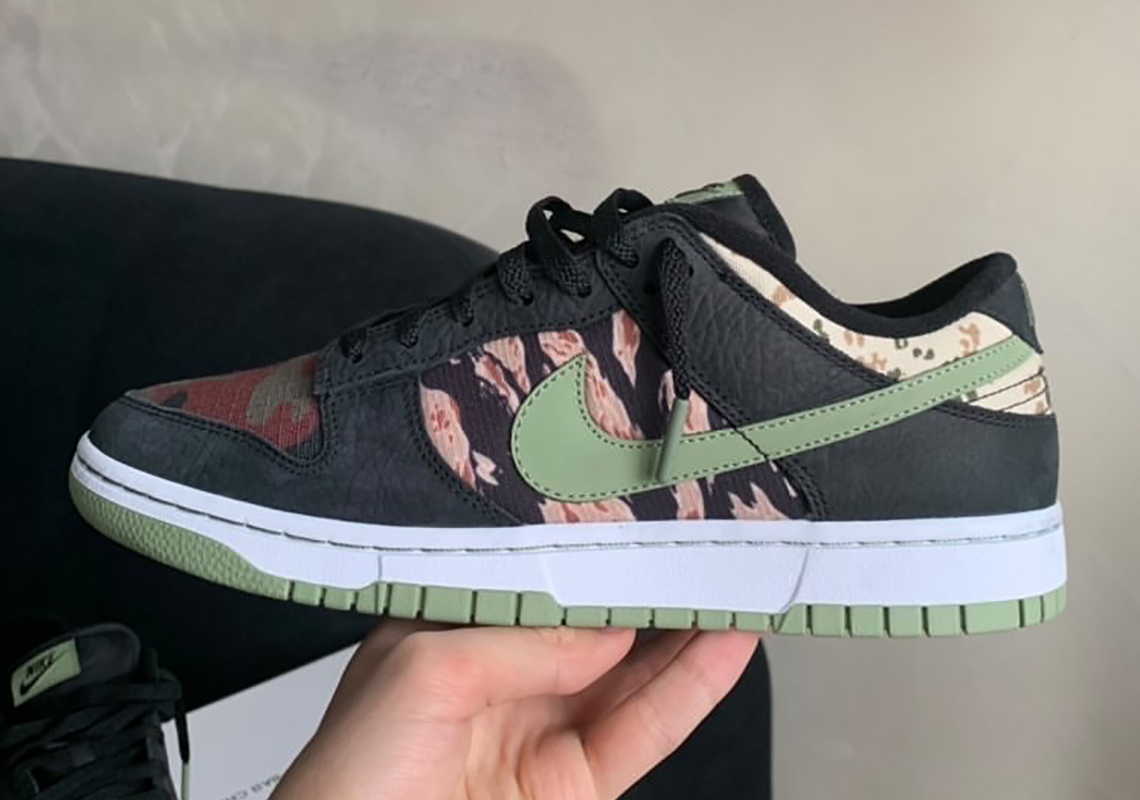 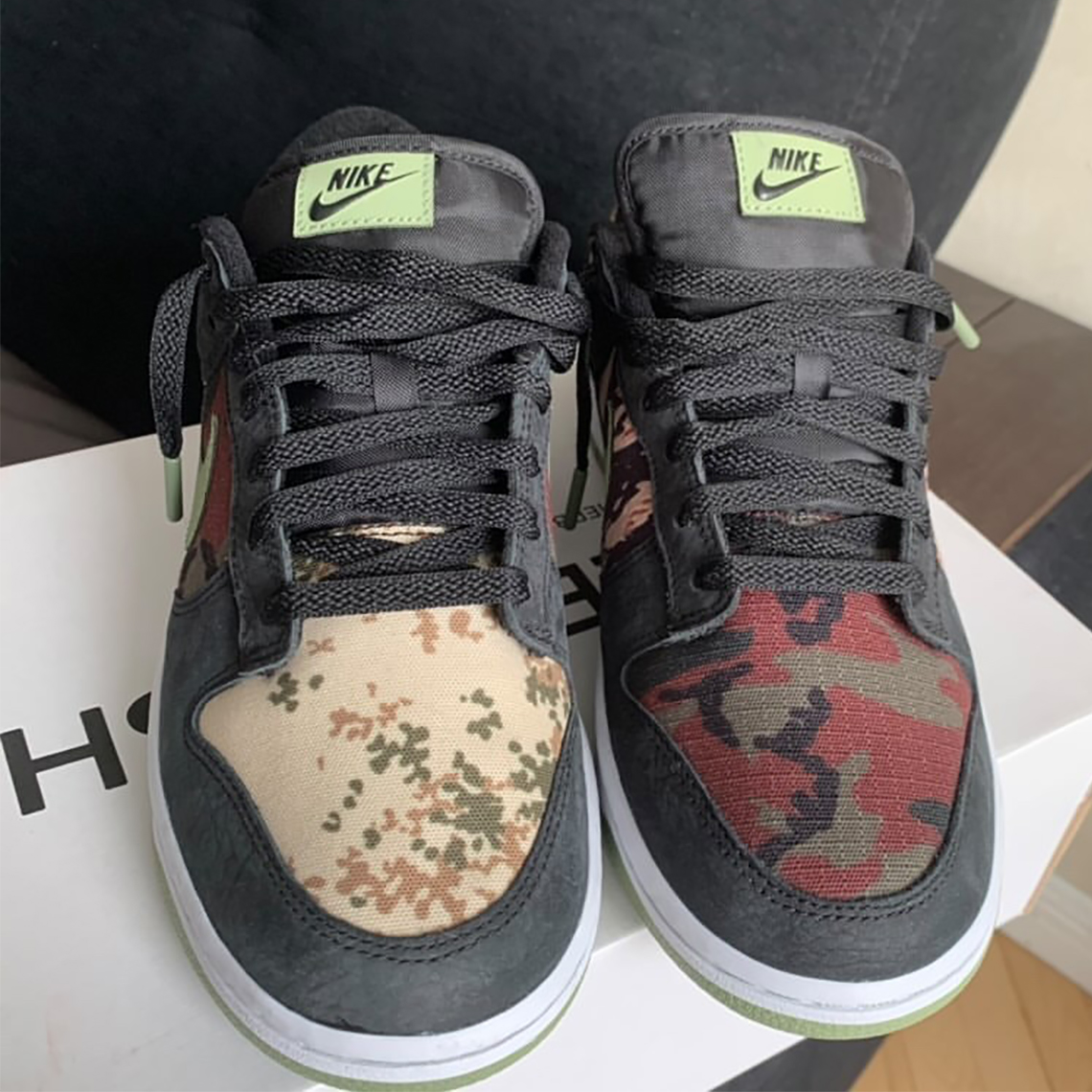 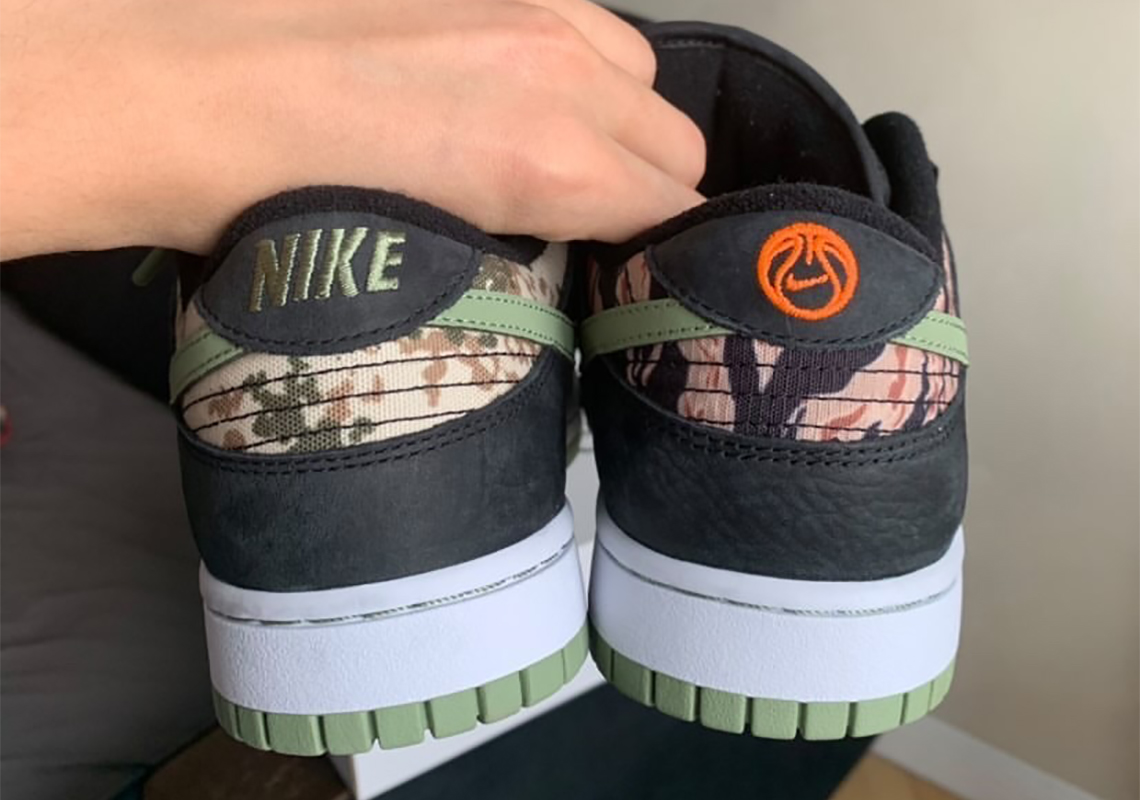 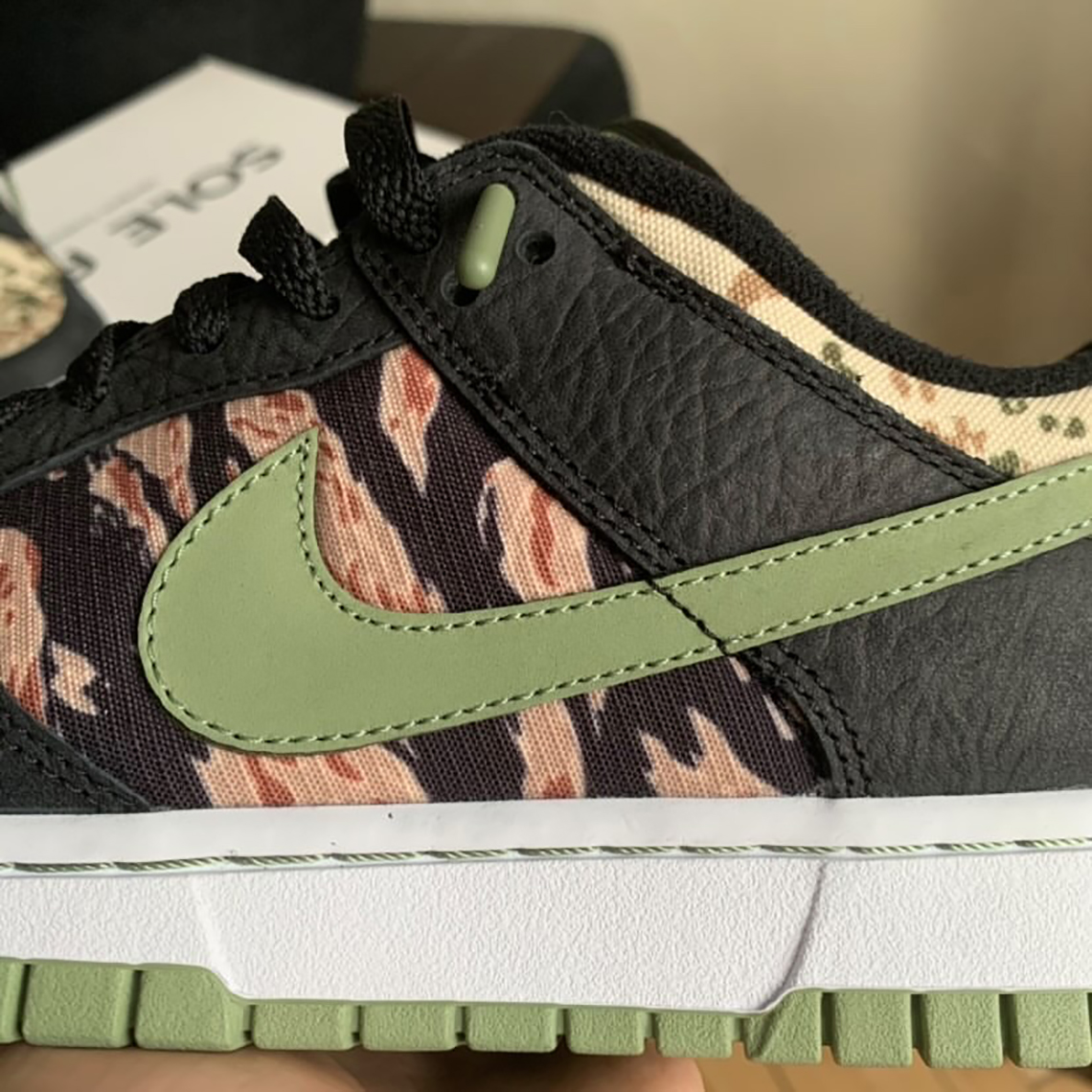 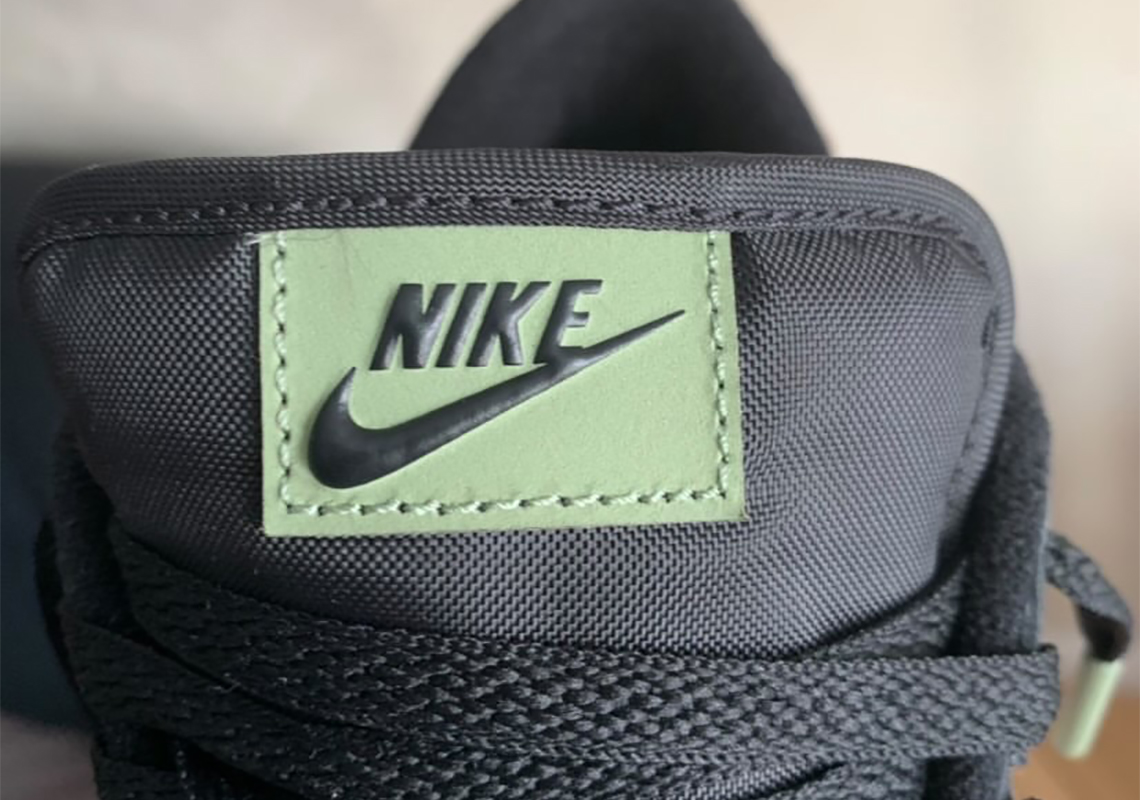 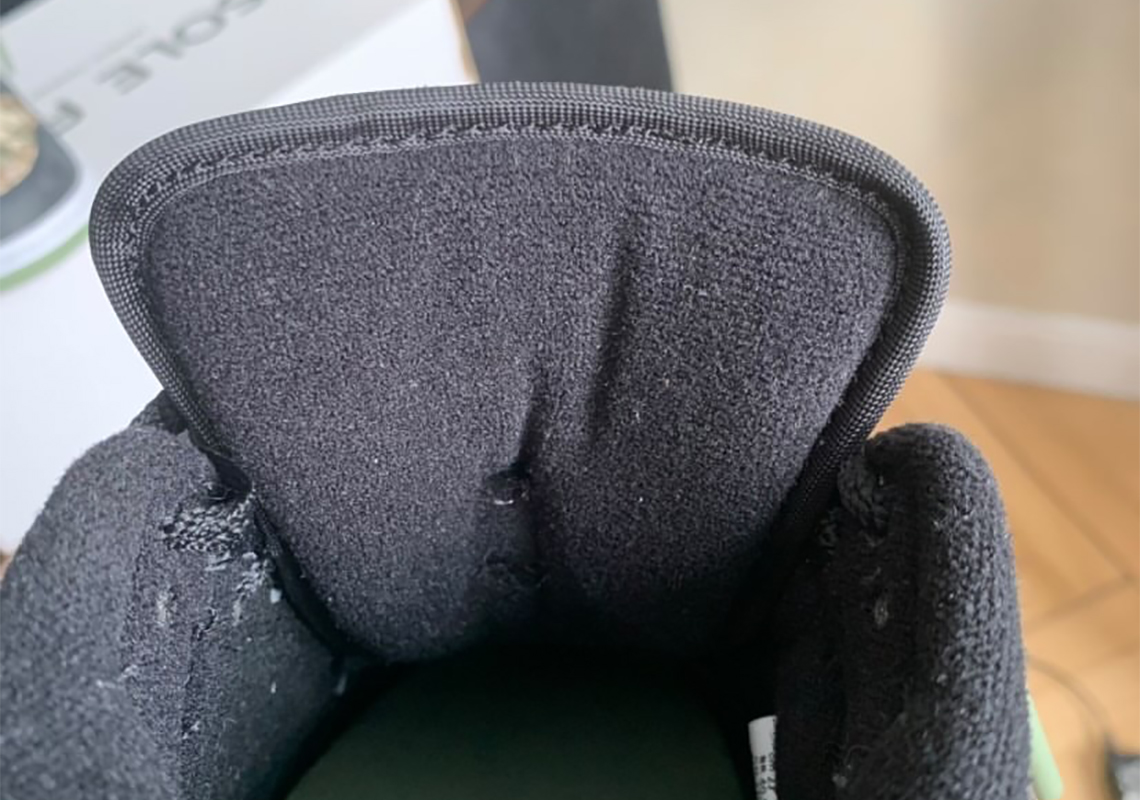 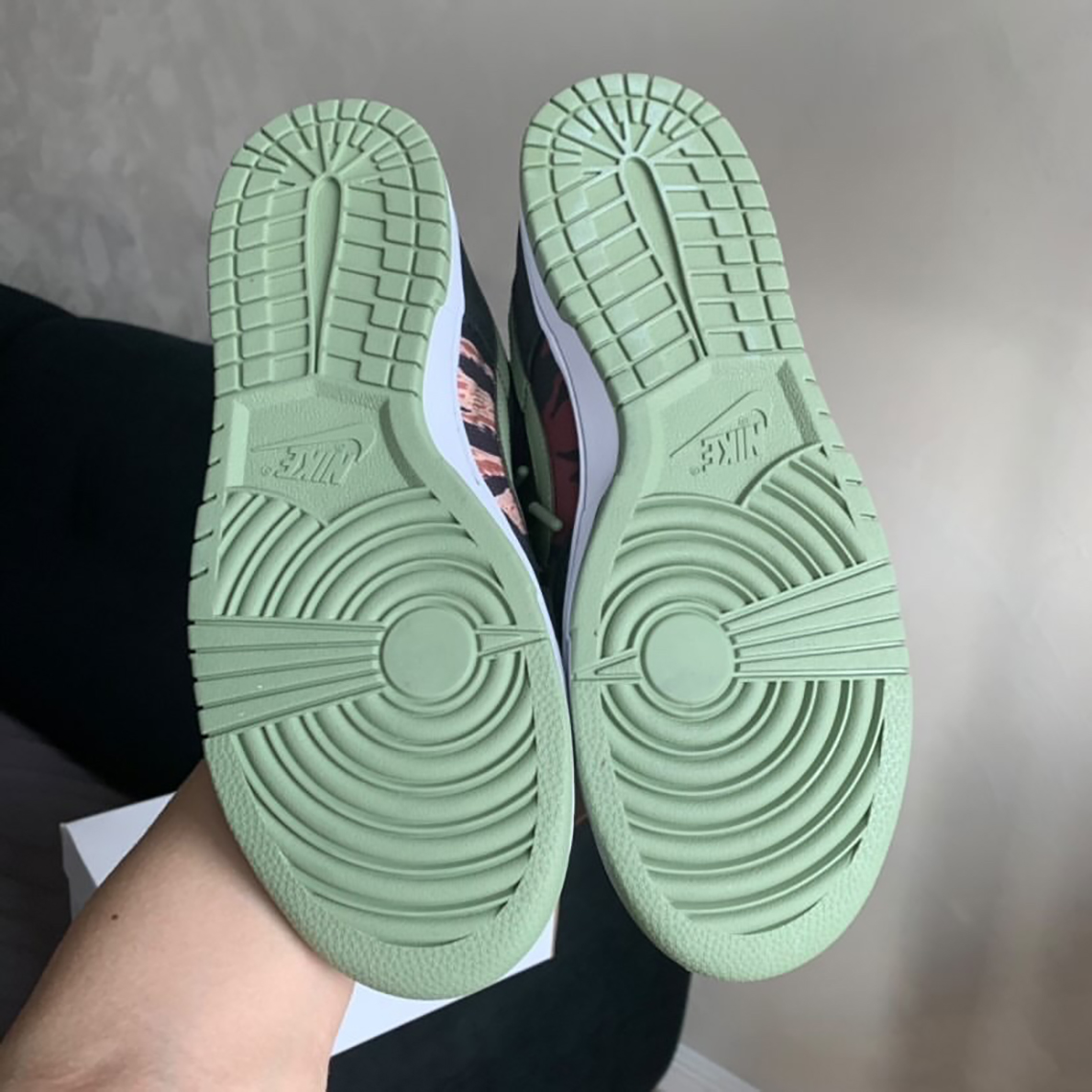 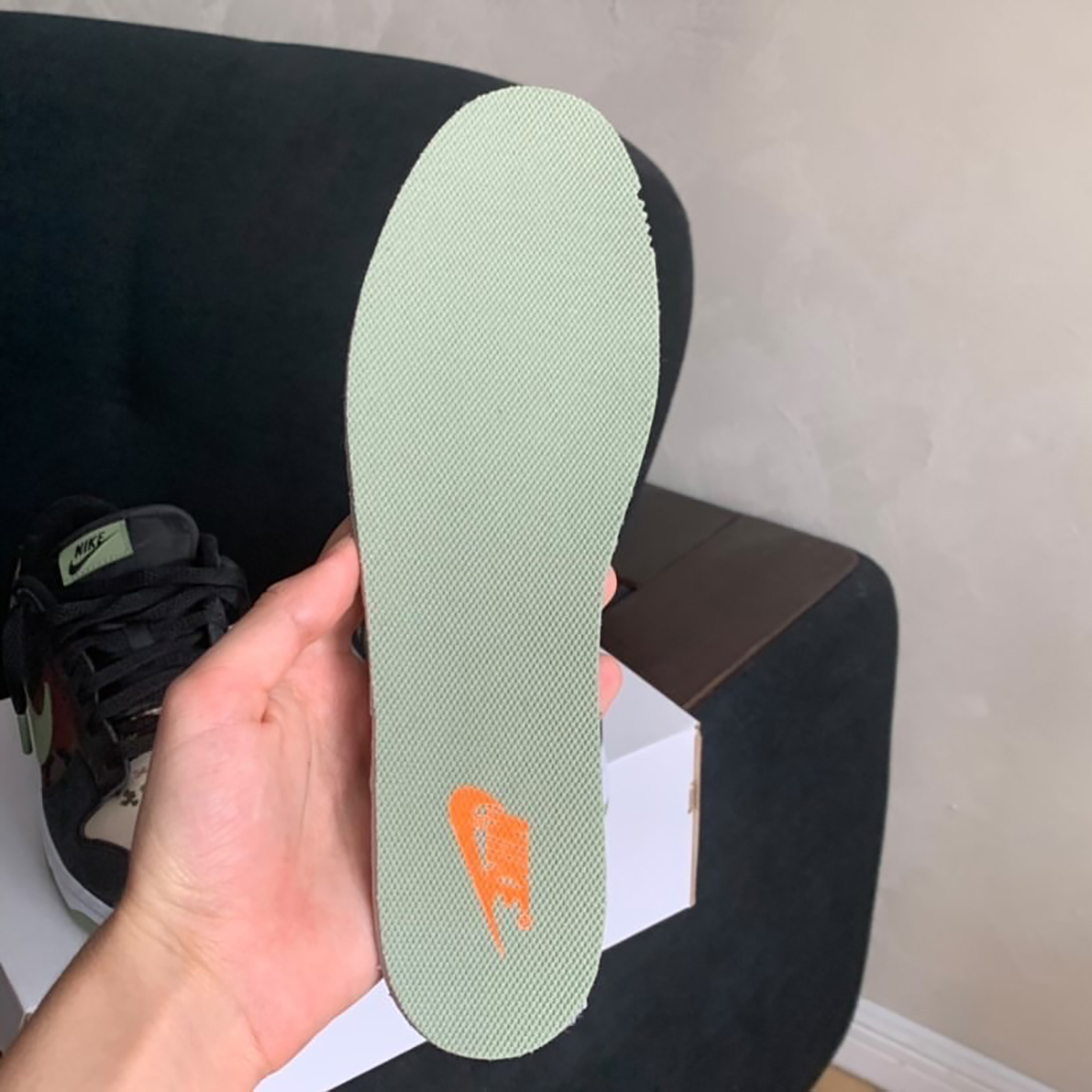