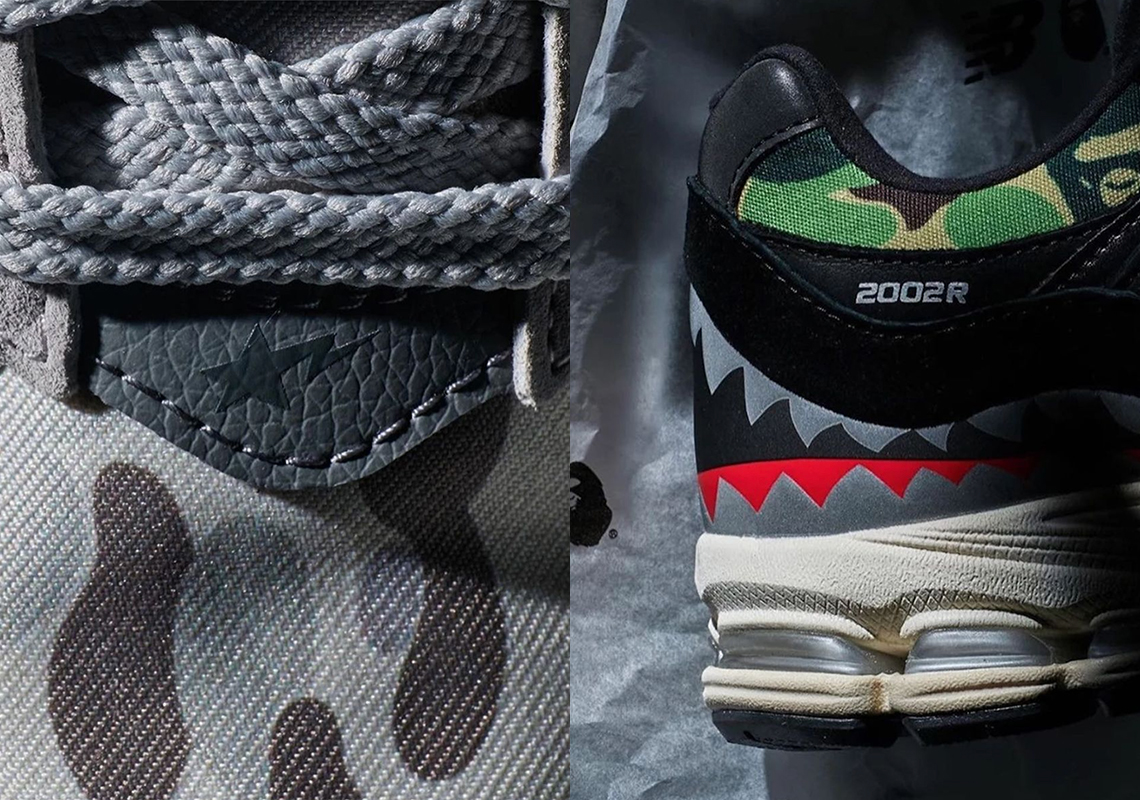 BAPE has changed collaborative hands a number of times in the past few years. And after parading Three Stripes and Vectors for the better part, the Japanese institution is changing things up as they link up with New Balance for a pattern-heavy 2002R.

Similar to their past footwear offerings, this 2002R plays off the streetwear label’s signature design elements. Camo prints, which come complete with the beloved BAPE head, is seen in two variants — a green and neutral grey — both dressing their own respective colorways. Elsewhere, the extreme close-ups offer a glimpse at the heel counter, a fixture whose suede panels are embellished with the Shark motif, its teeth ostensibly finished in a silver reflective. Forward, the BAPE STA logo is then printed onto the vamp, tonally complementing the tumbled leathers immediately underneath.

Grab a look at this forthcoming collaboration for yourself right here. A release is expected to arrive later this April.

In unrelated news, the Yeezy Foam Runner MXT Moon Grey is releasing at the end of the month. 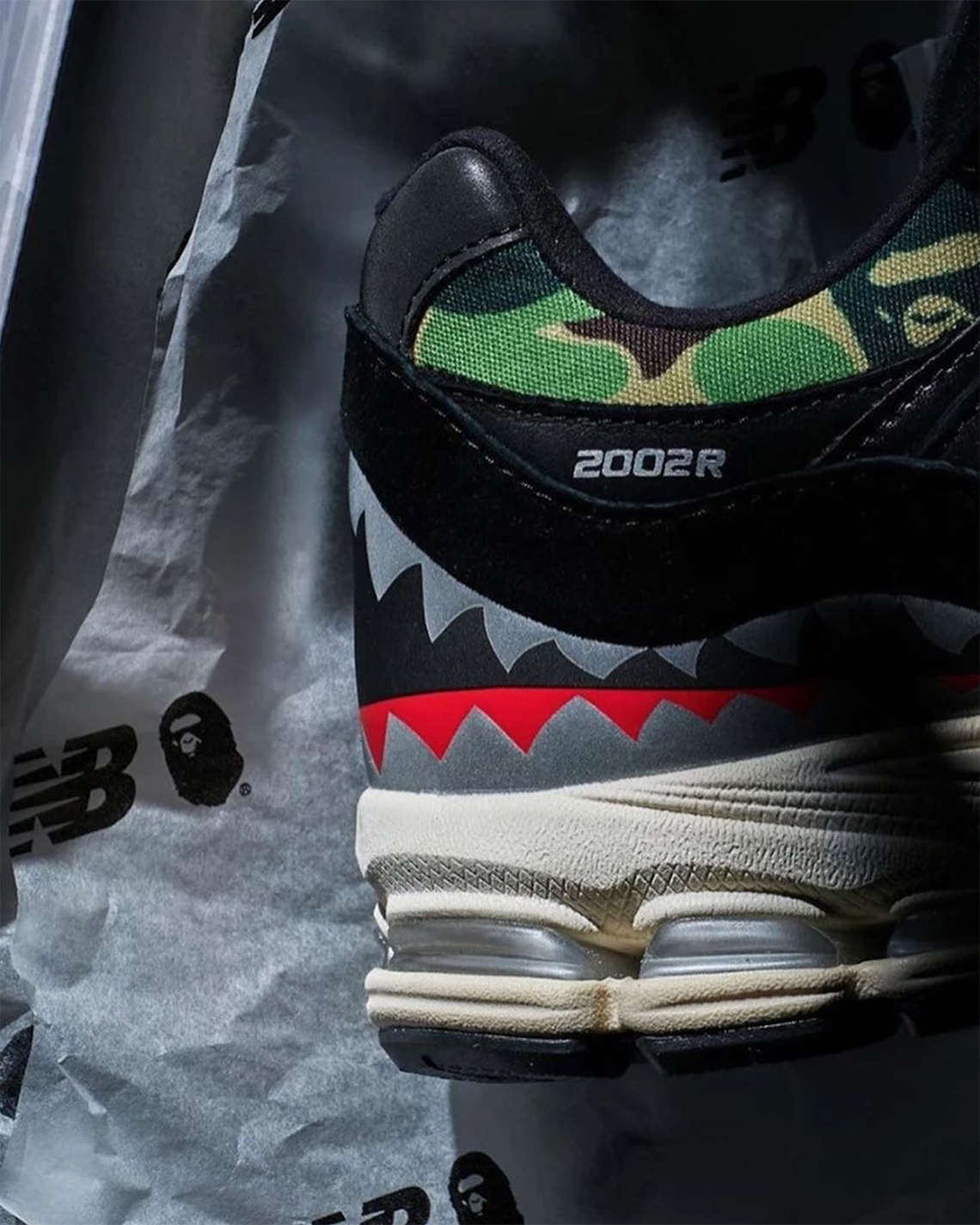 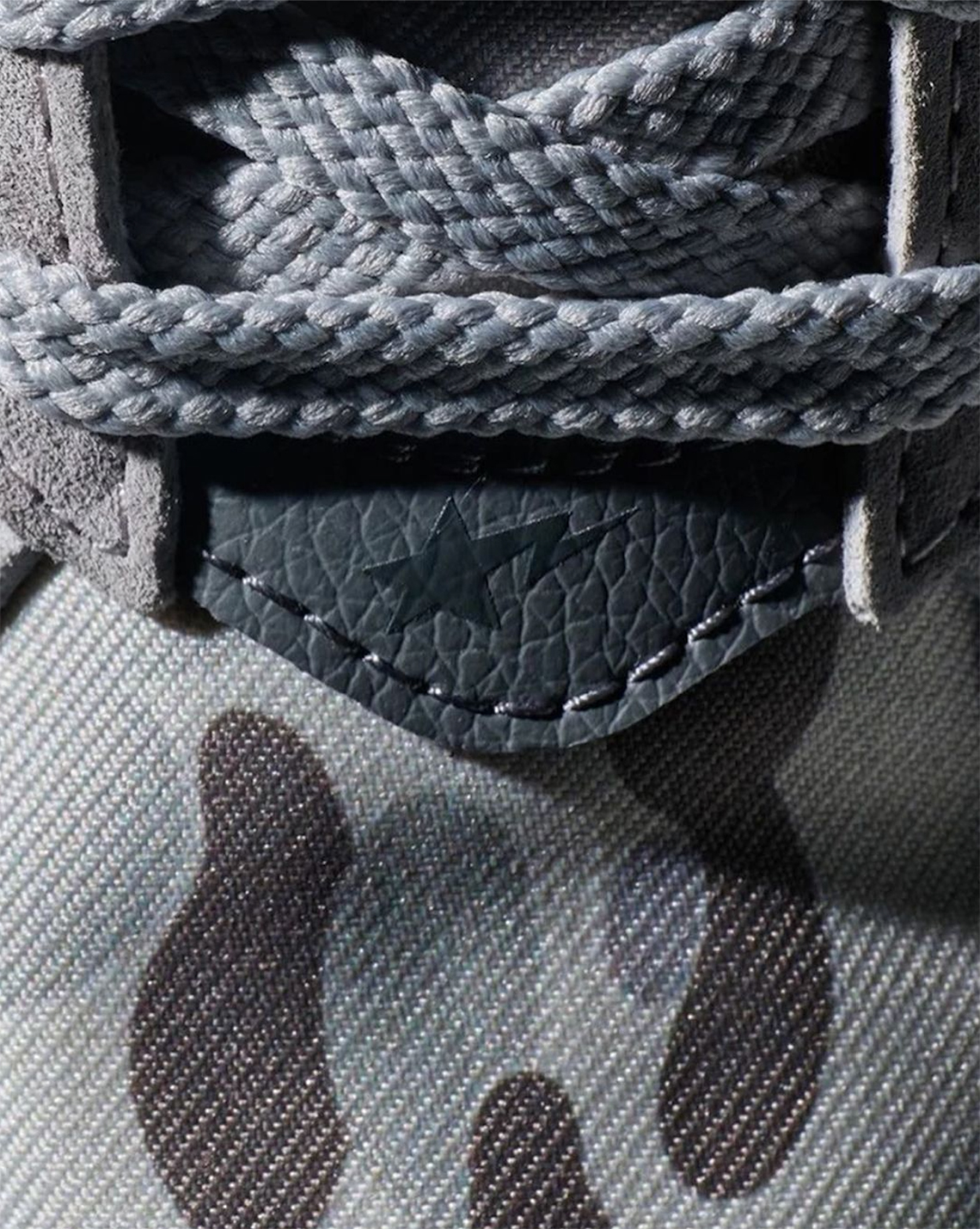 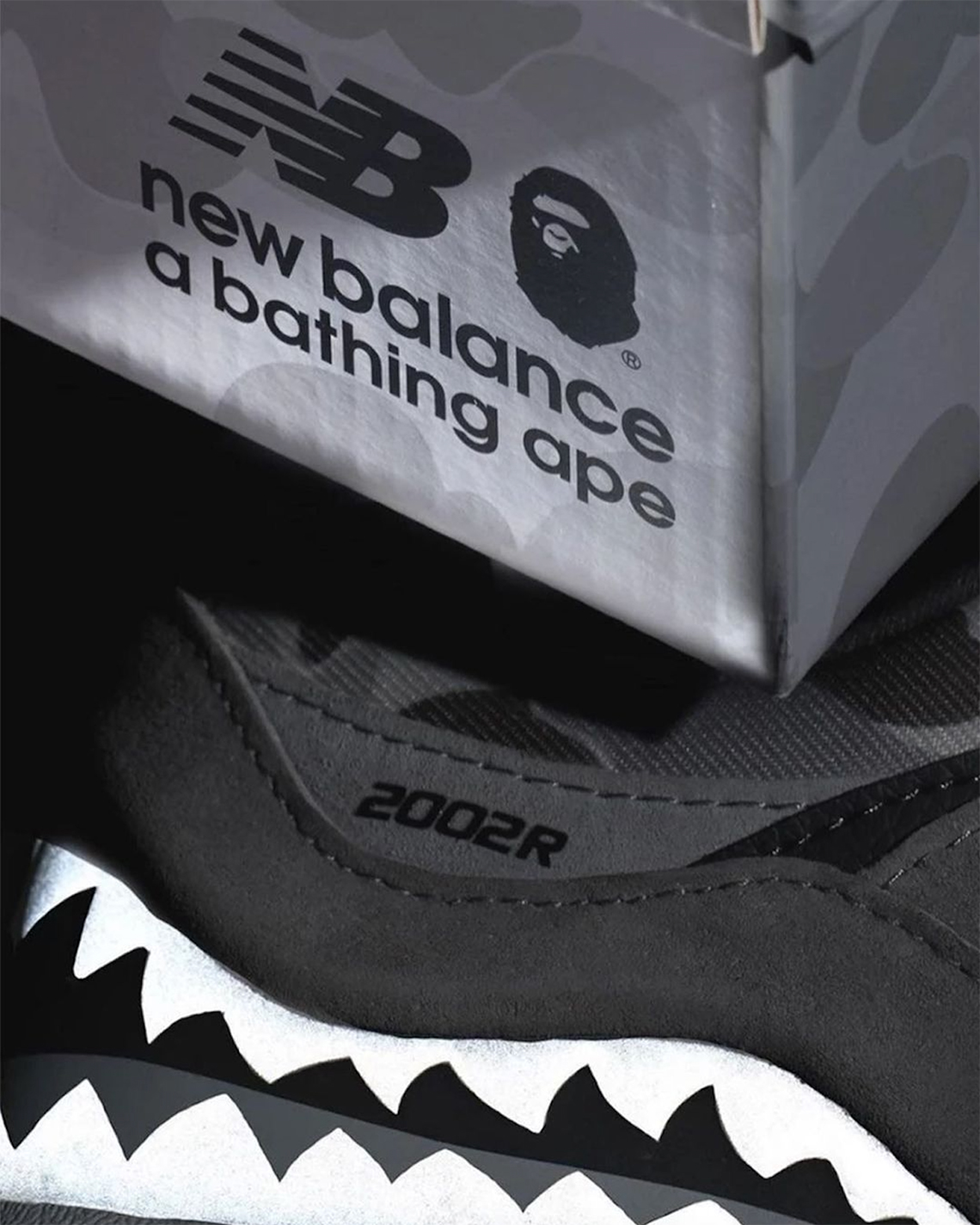