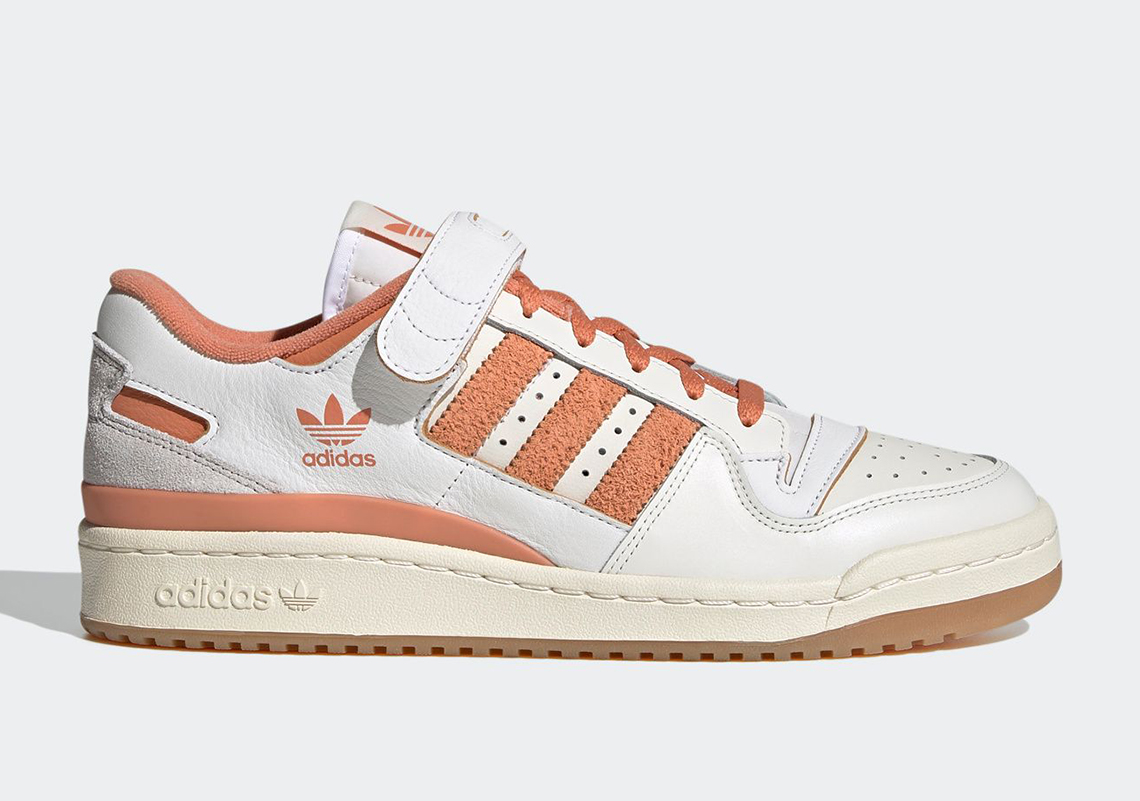 Copper And Cream Land On The Latest adidas Forum Low

Before 2020 ended, the Three Stripes suggested that it’d spend much of the new year focused on commemorating the adidas Forum. Three months into 2021, the German sportswear behemoth has delivered, as it’s applied several original and non-original styles onto the 1980s basketball classic. Most recently, the Forum Lo has emerged in a compelling “Footwear White/Hazy Copper/Cream White” colorway.

Akin to the highly-lauded Forum Mid ‘84 in “Bright Blue,” the newly-surfaced pair features a premium mix of leather and suede throughout its upper. While boasting a shorter trim, the “Hazy Copper” option doesn’t skimp out on harkening to decades past with its lockdown strap at the top of the tongue, hairy profile 3-Stripes and semi-yellowed midsole. Outsoles, however, don a gum brown finish that hasn’t appeared on previously-seen iterations of the adidas Originals shoes — here’s to hoping more colorways include the design choice.

Official stateside adidas.com release details are still unknown, but that’s likely to change before March ends. In the meantime, enjoy images of the shoes here below.

For more from under the Three Stripes umbrella, check out all Yeezy release dates 2021. 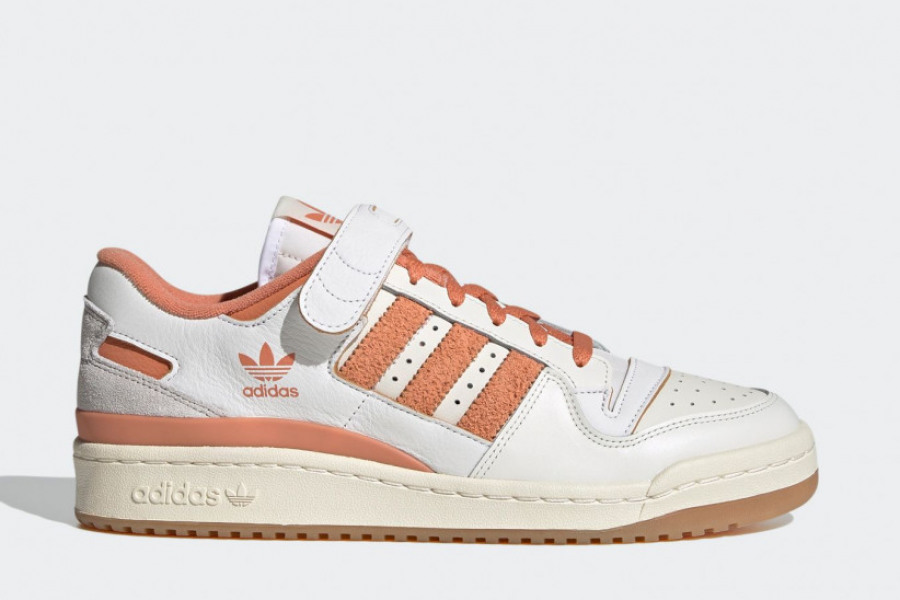 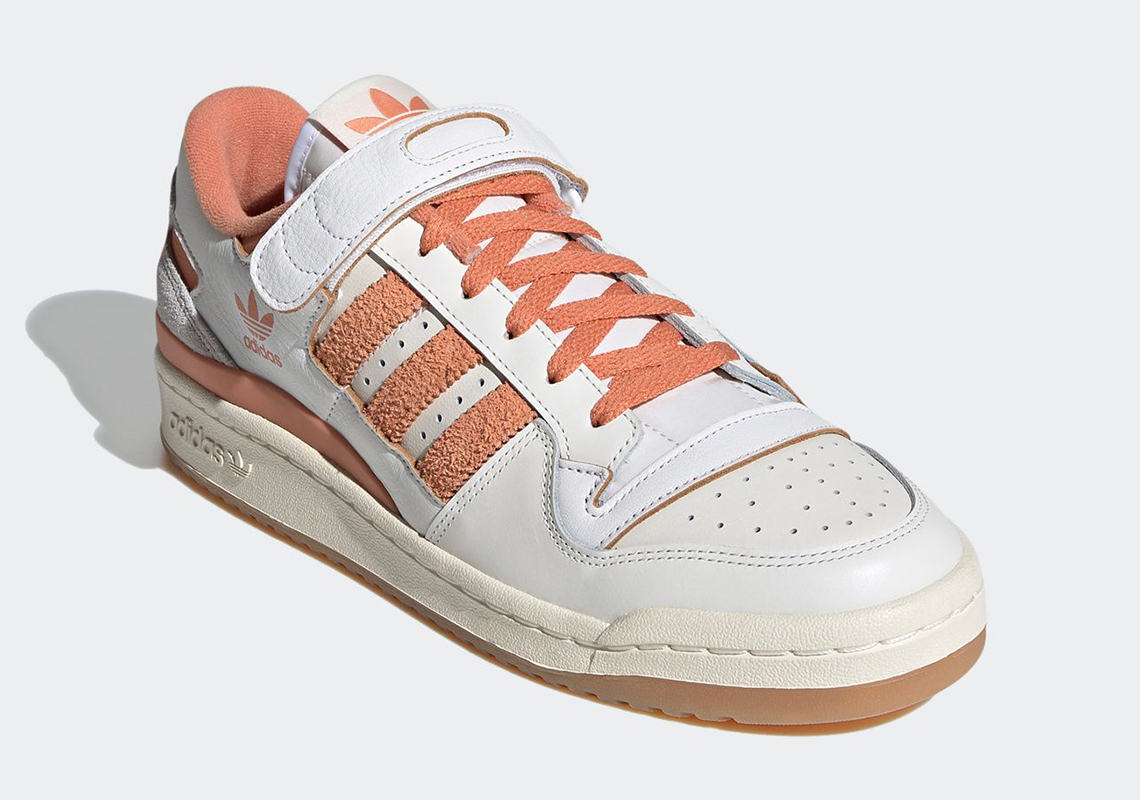 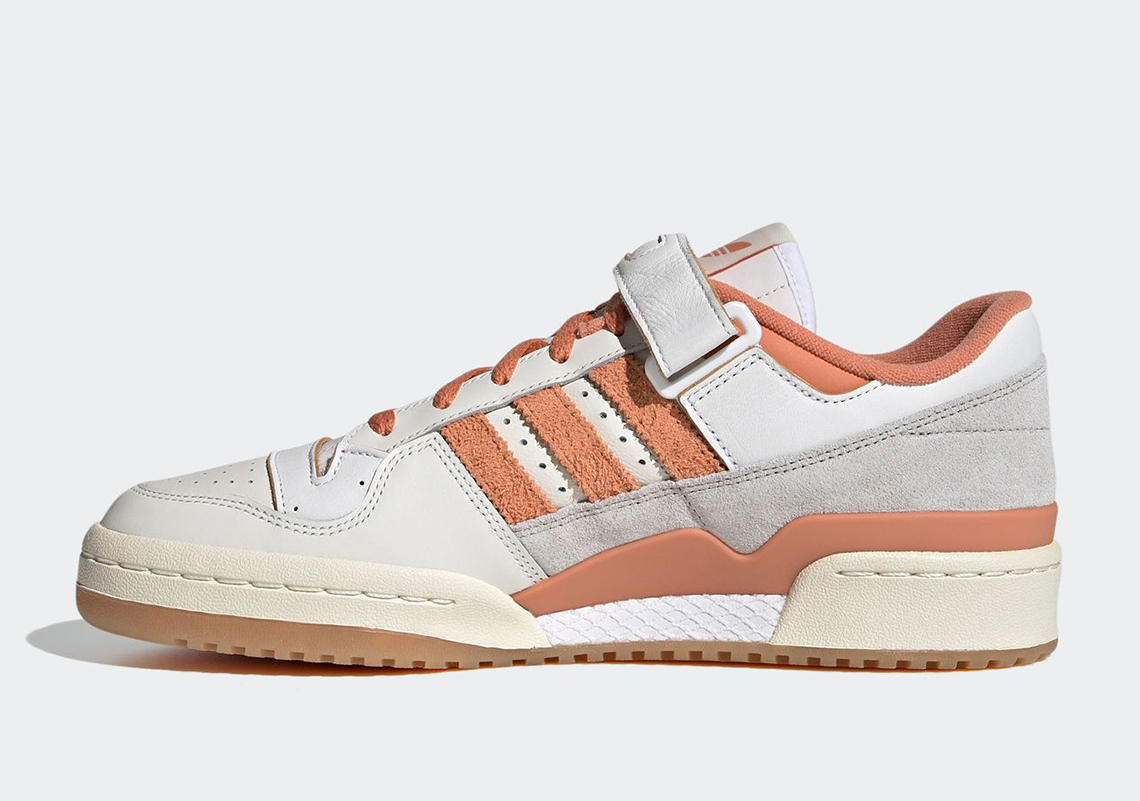 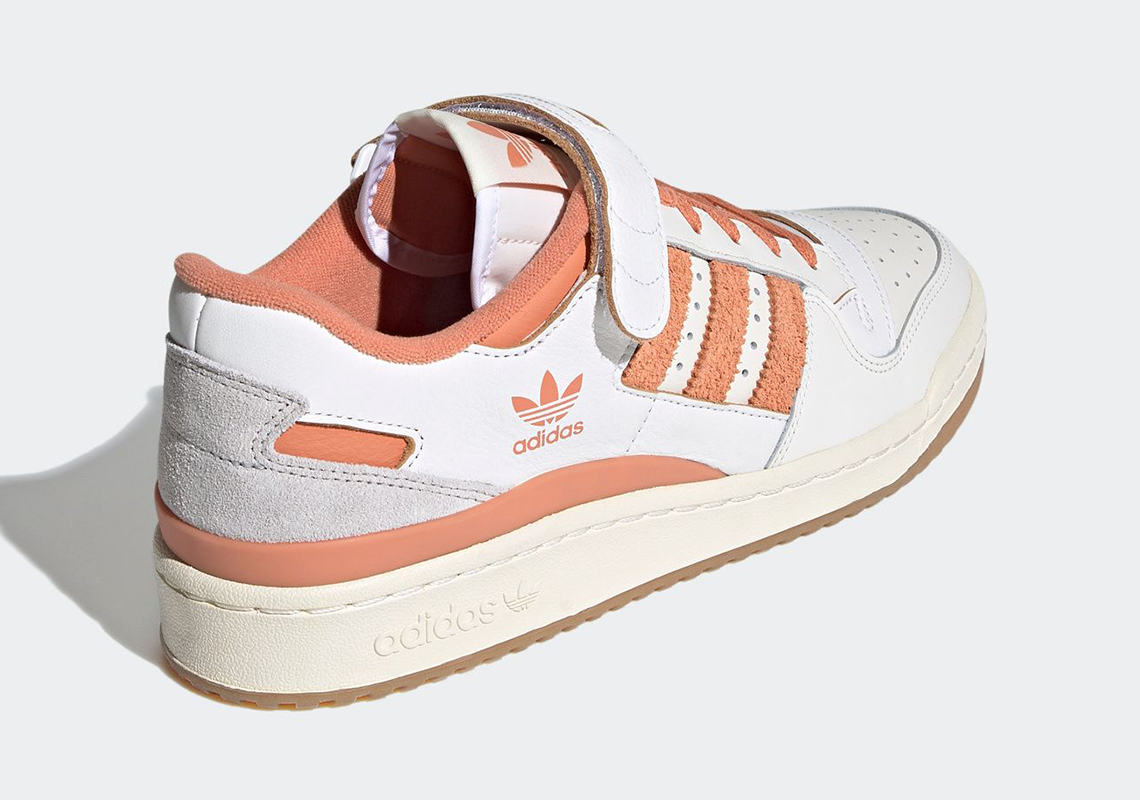 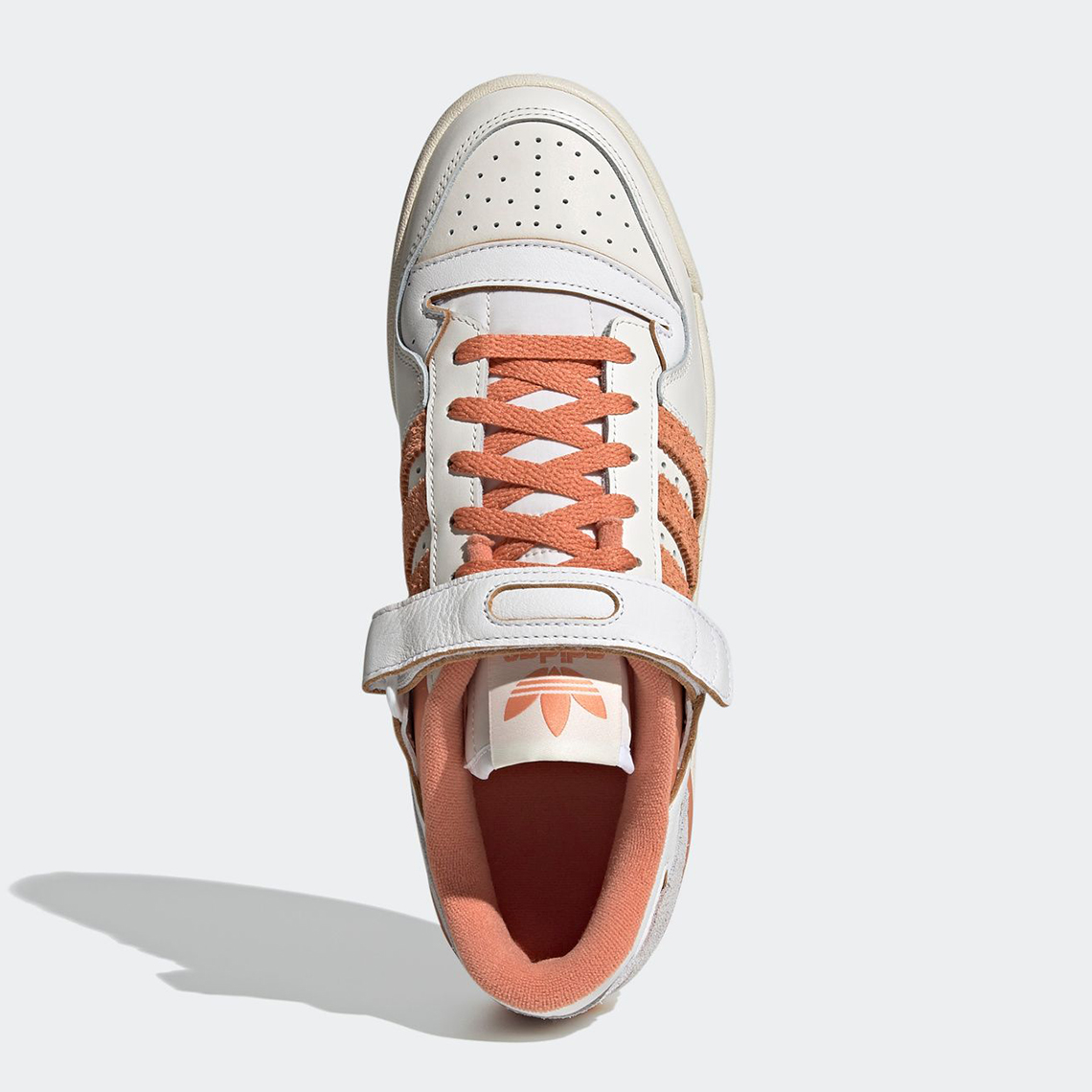 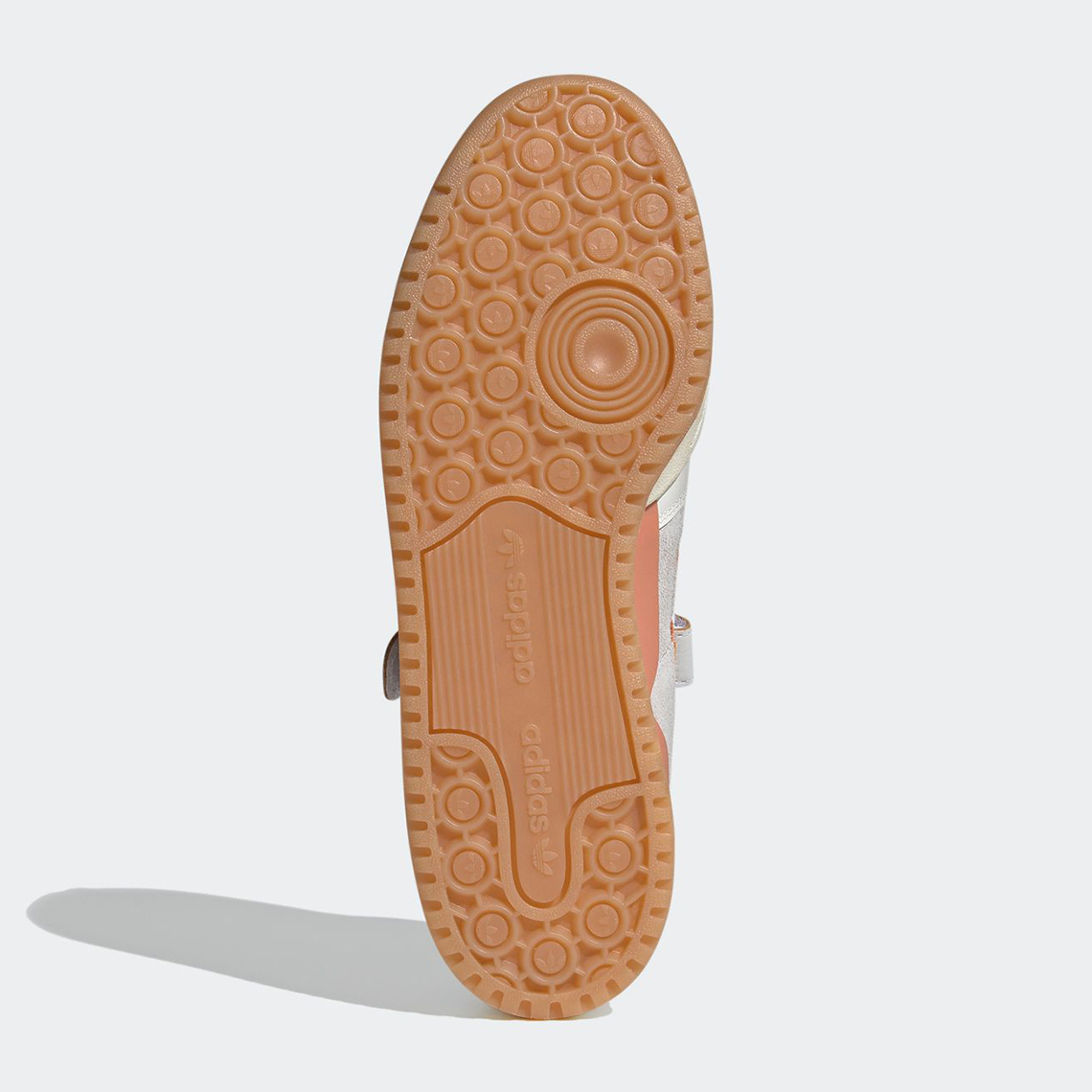 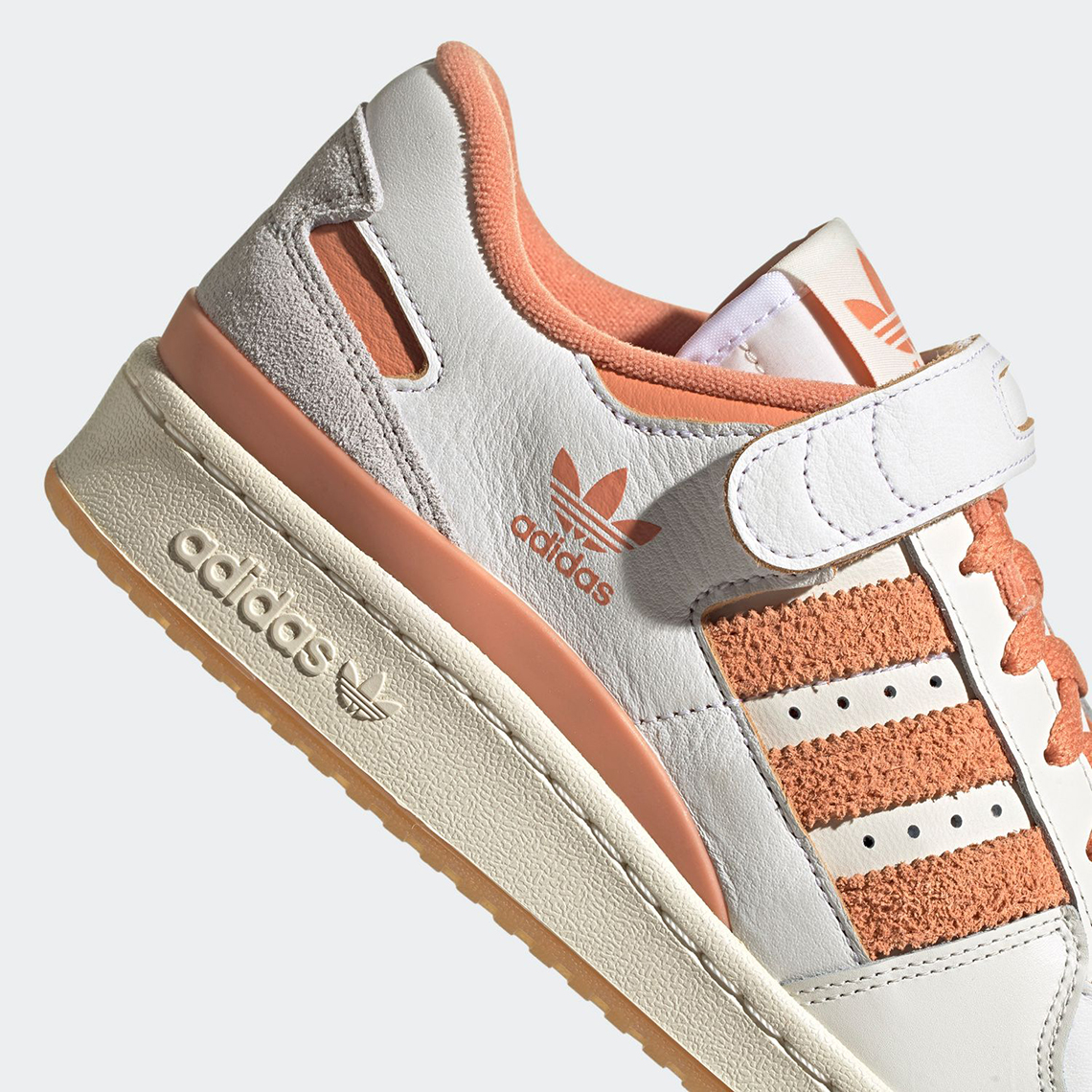 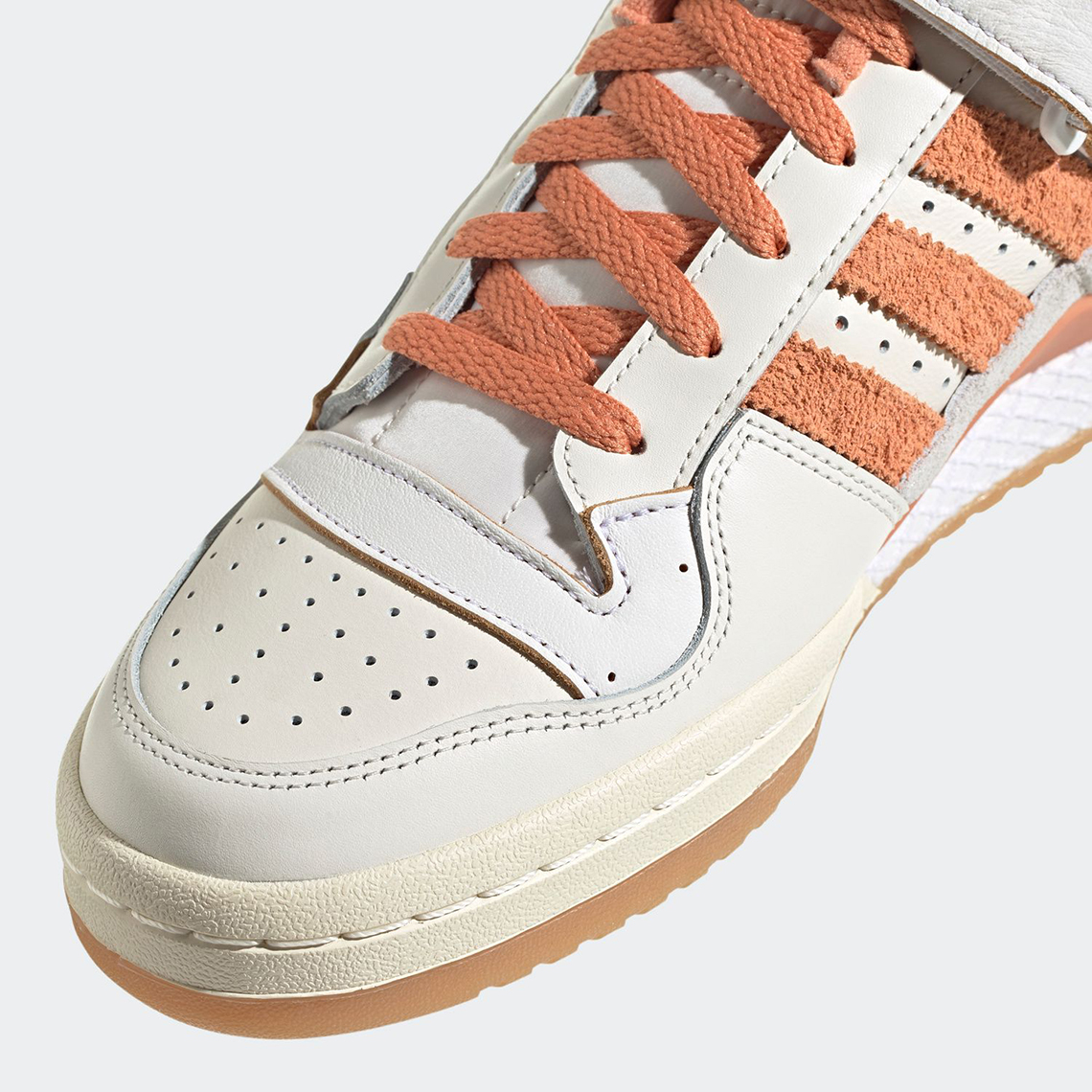